I miss my shed

Apologies, haven't quite got the hang of putting pics on here yet.
P

incrediblefruit said:
I miss my shed
Click to expand...

You have my sympathies.
J

Awesome mancaves guys you're showing!
I'll have to make some good pics of mine and I'll post it too...

Ok mates,as promised I'll show my mancave...well,it's not a cave but a room...the HOBBYROOM!!!
I'm gonna show you also what's "behind the scenes", I mean, behind the camera, on the other side! 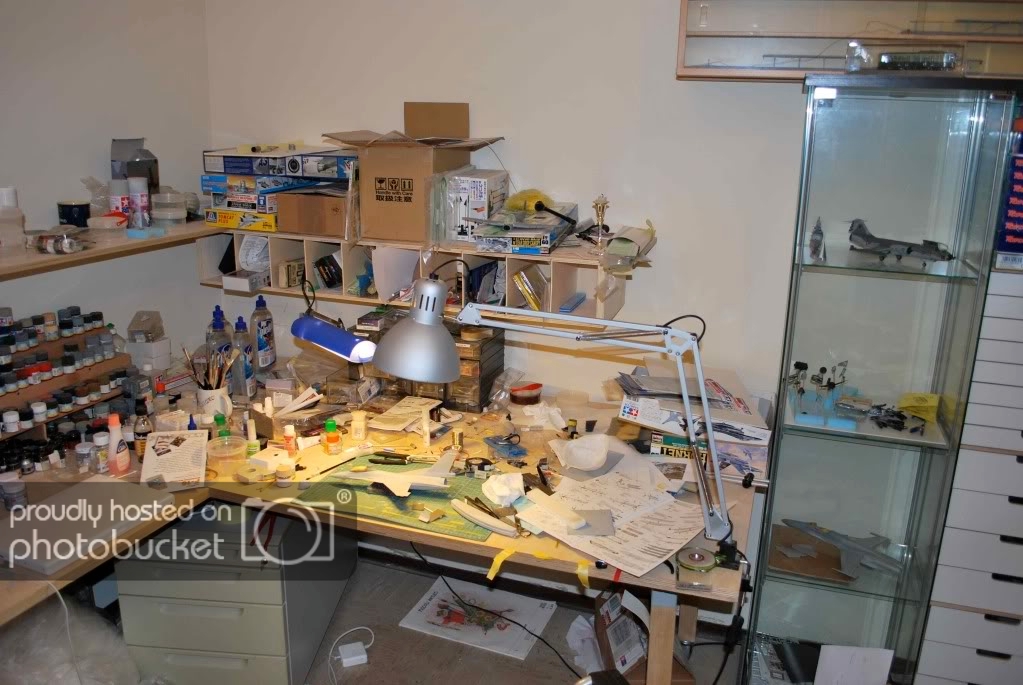 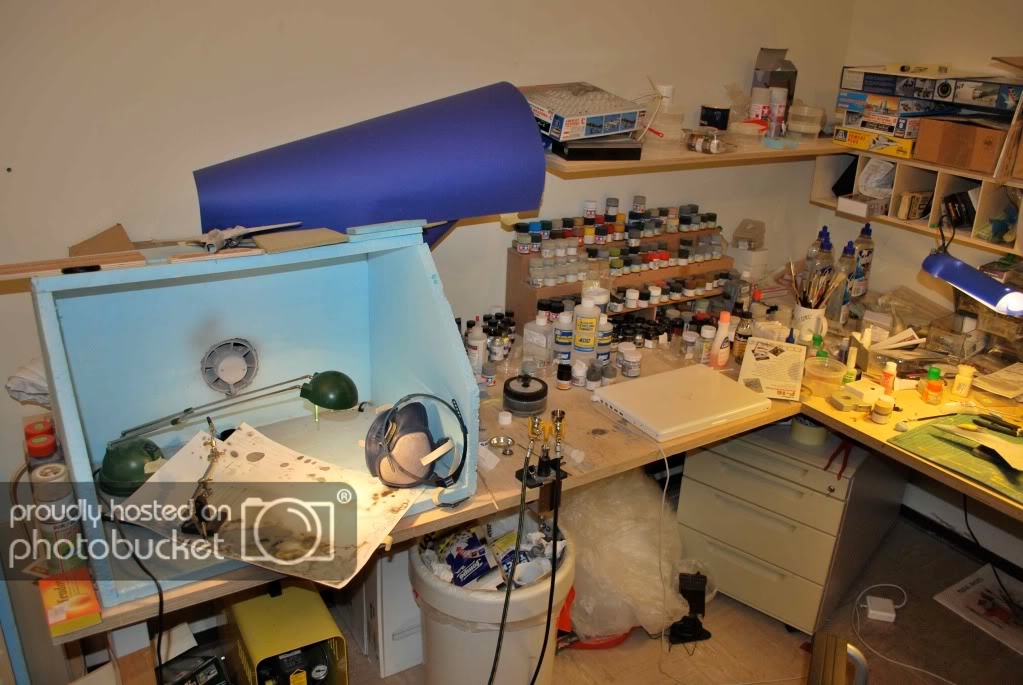 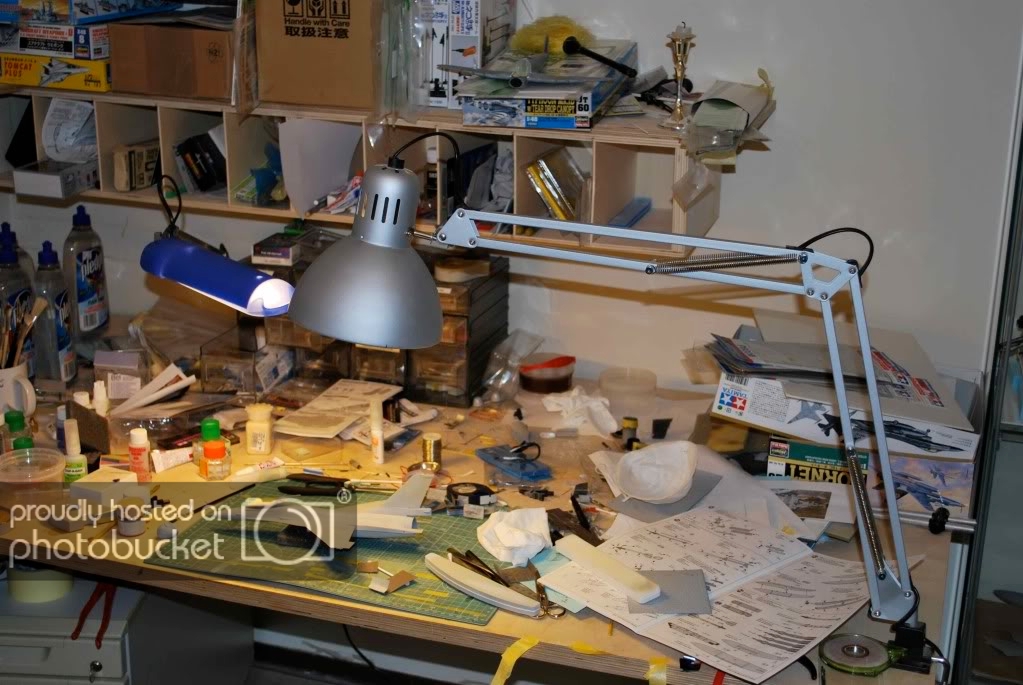 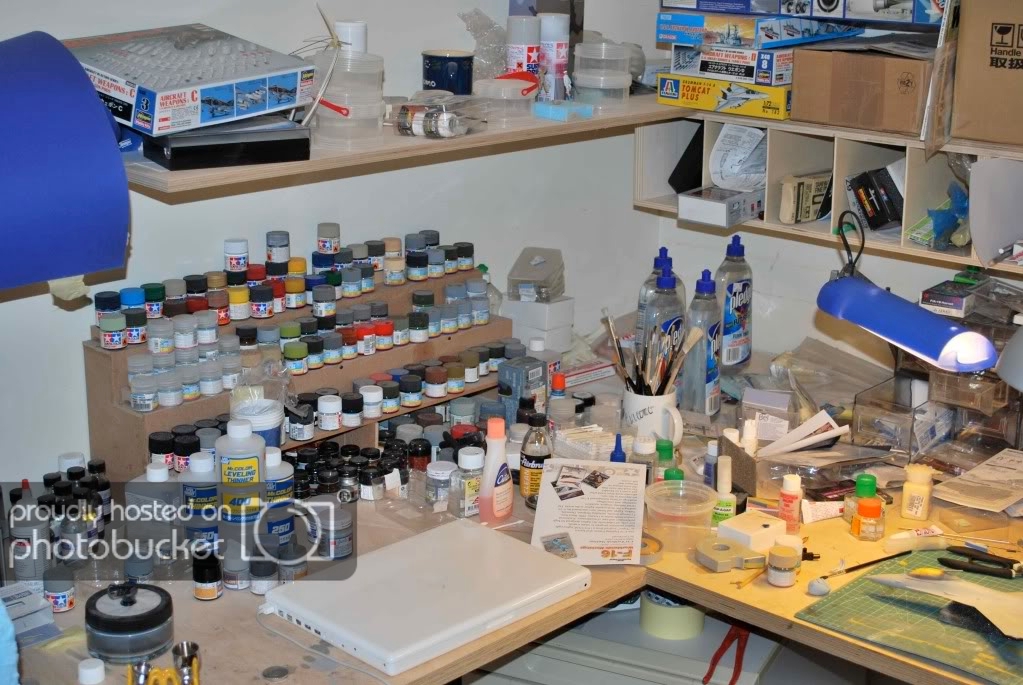 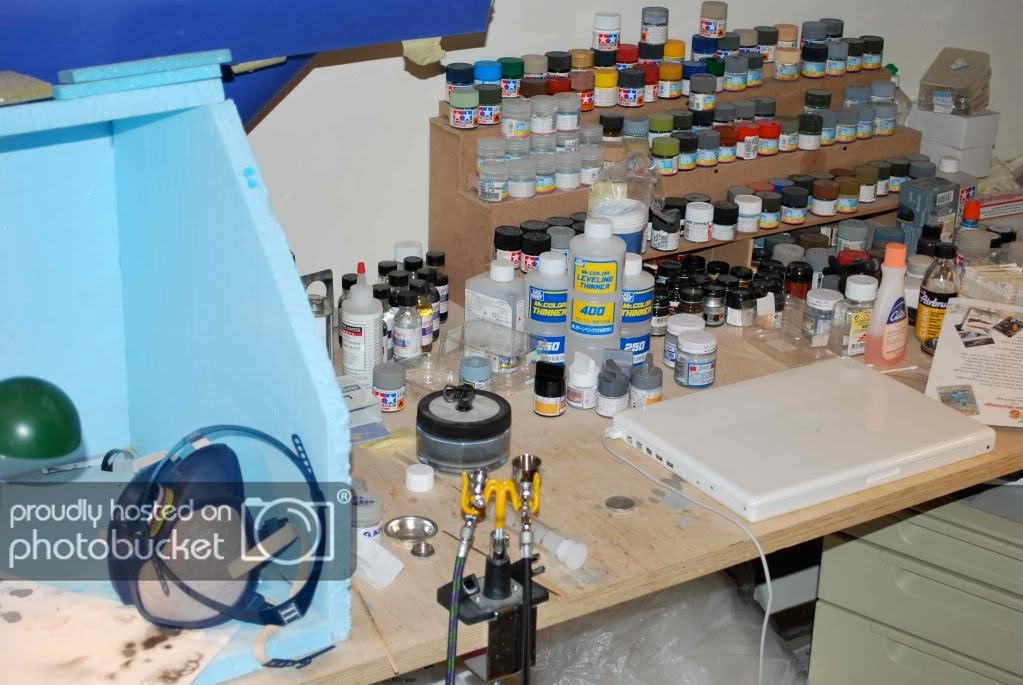 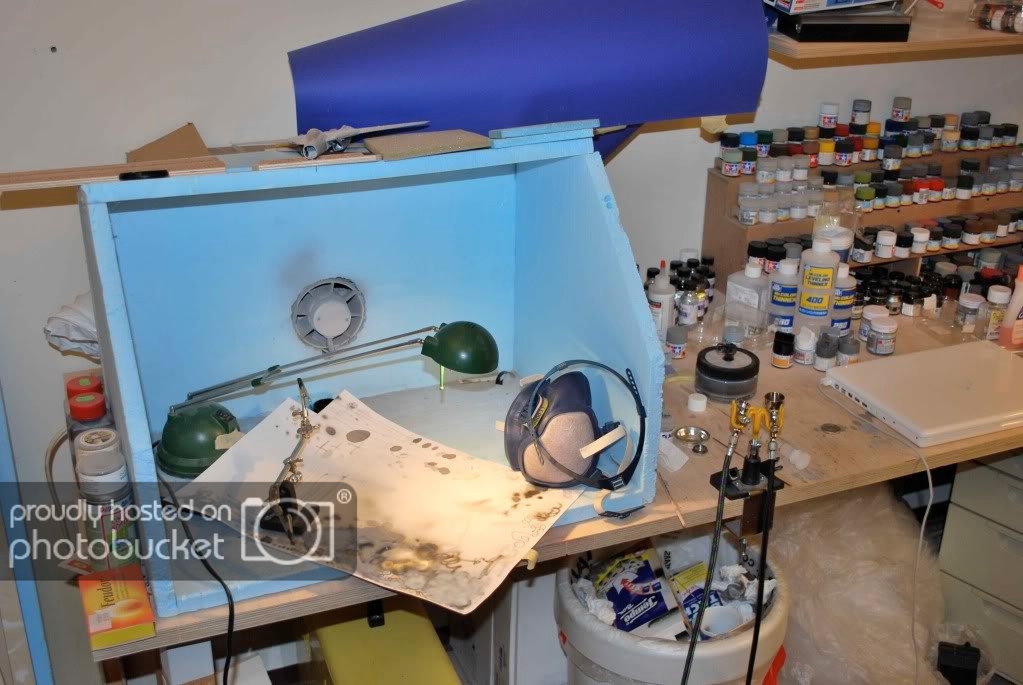 Wow, gorgeous! So many tools, so many stuff, yet still some free space. Great cave!

Sweet! i wish i had that much room. Nice set up.

I wish I had room to make a mess!!

Thanks guys...yeah I should not complain anytime about my hobby room...
you gotta see what's behind the camera though LOL LOL...
I'll make pics of it! 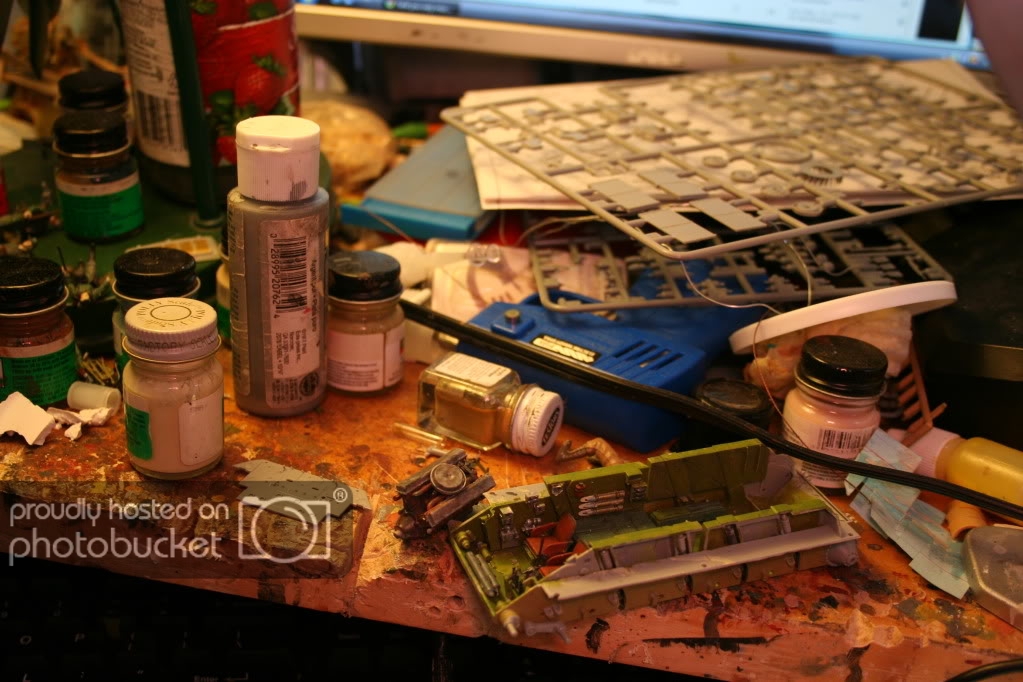 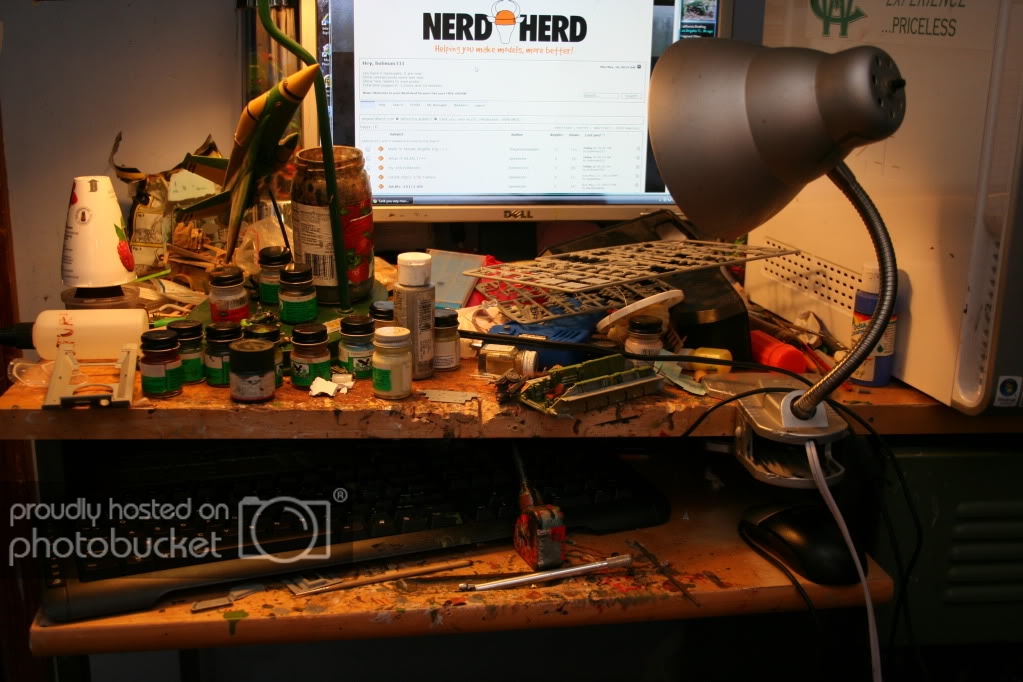 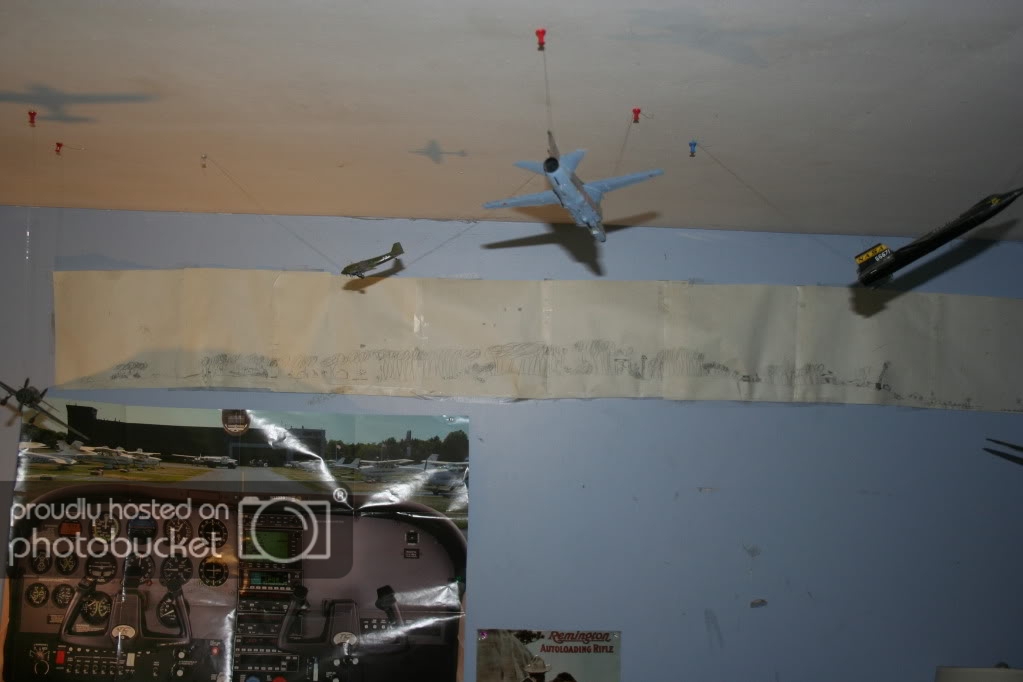 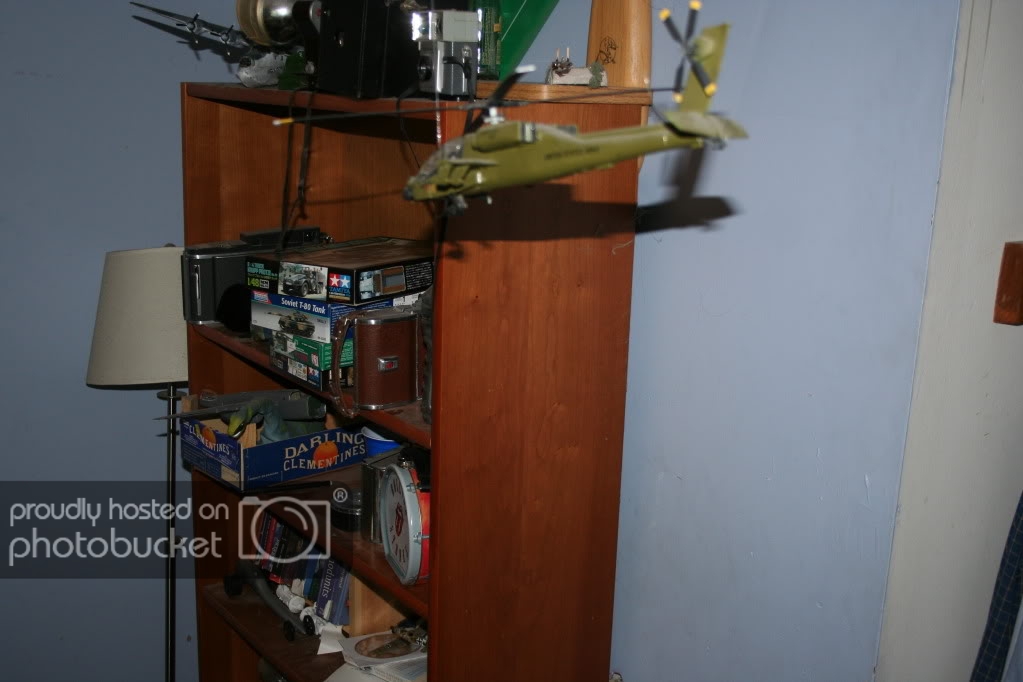 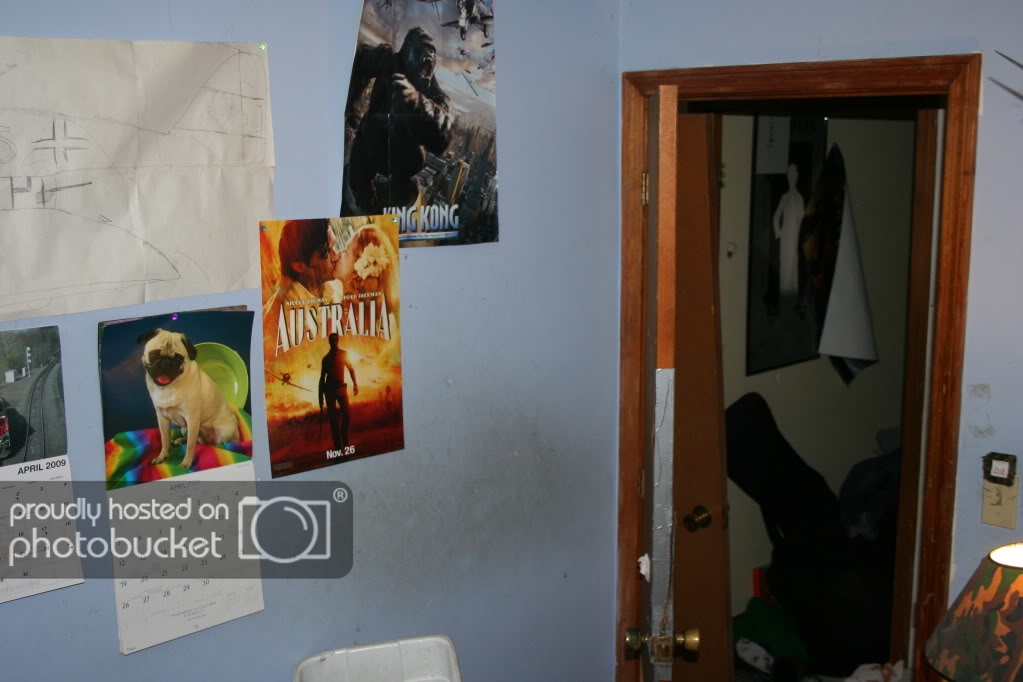 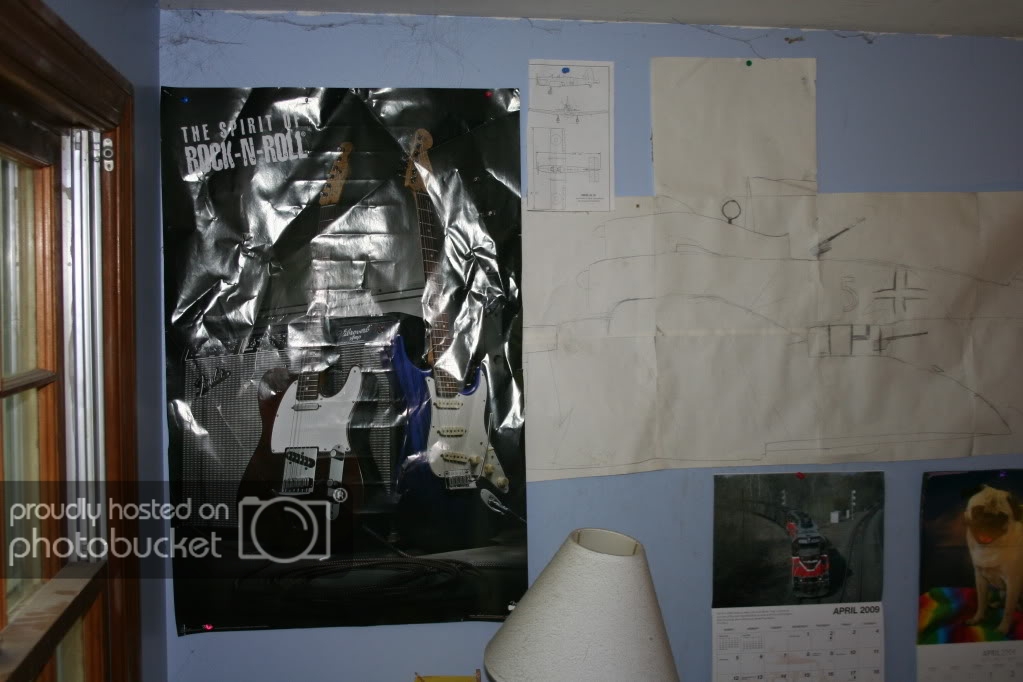 oh yes, and this is an amost permanent addition to mymancave. to bad hes not in any pics of The Cave!!... 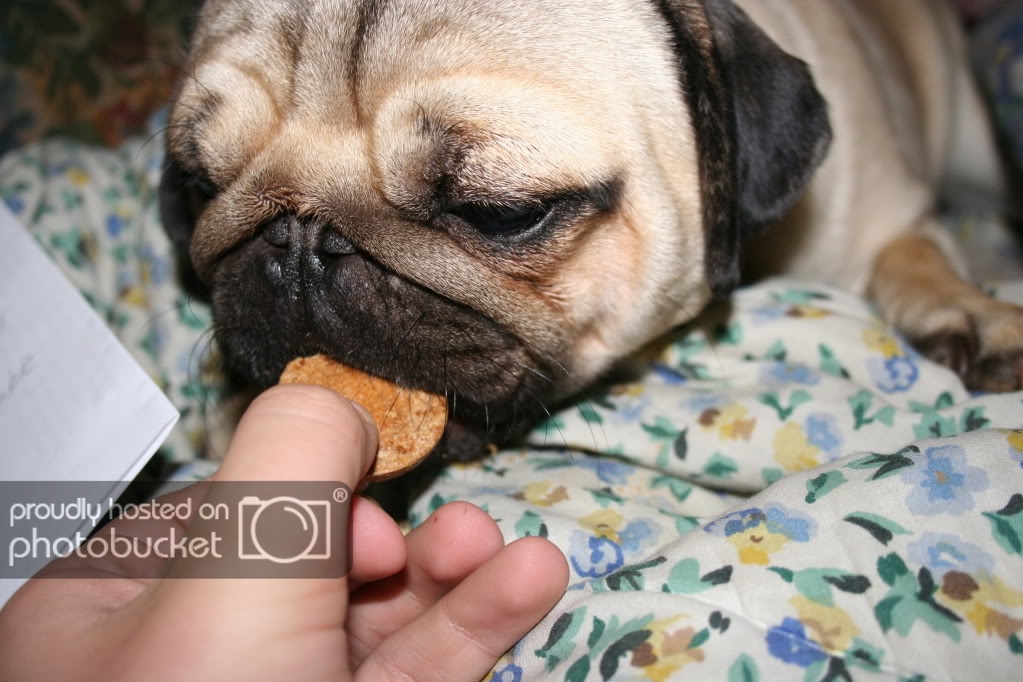 Haha wow. Love your table!
B

yes, i think im the most disorgasnised modelwer here. ;D

Here's my portable man cave :'(, it all pack's into 4 plastic carry cases .

Ah the nomadic modeler I've managed to fit all my sculpting tools and sculpy supplys in to an A4 wooded box so i can work down stairs (near the cooker) but thankfully now i don't have to do the same with my scratchbuilds and kits. Well done for being able to get all your kit in to 4 boxes, it drove me mad unpacking and repacking it all when i was without a mancave, plus the kids kept picking up painted models

STAY IN THE RACE!

WoW! Nice Mancaves! Well..after daughter #2 arrived...I was booted from my cave. Now all I have is a wall...seriously! My desk and a wall in front. O well.... great caves peeps! The mancave with the theatre...thats a Manpalace not a cave. WoW! I'll have a pic of my "ManWall" shortly. HeHe!

Never give up, never surrender!

Here's mine. I'm just getting back into the hobby so my stash is not as big as others. My daughter is moving back in December so she'll be taking this room. 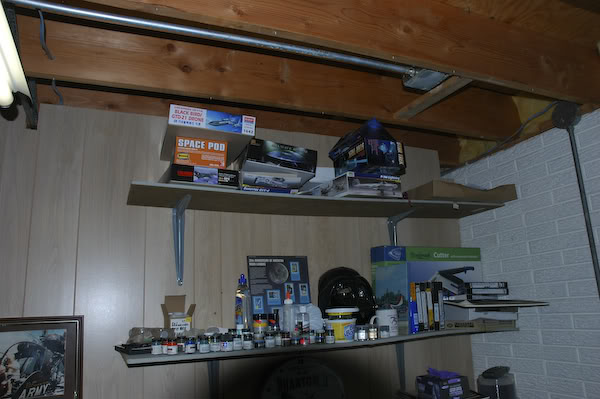 Paint booth and a little stash. The wallyworld compressor is nice but very loud! 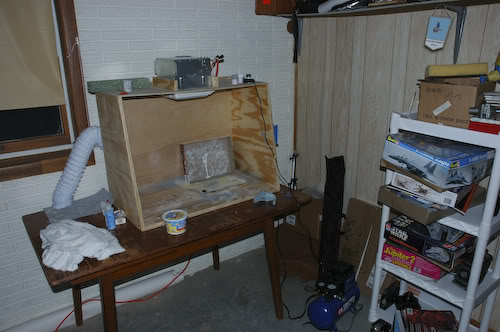 Where the magic happens. I'm working on The Invaders UFO and Little Nellie. I've got blueprints for Fireball XL-5 scratchbuild that I want to start soon and I'm going to start on my first diorama as well. 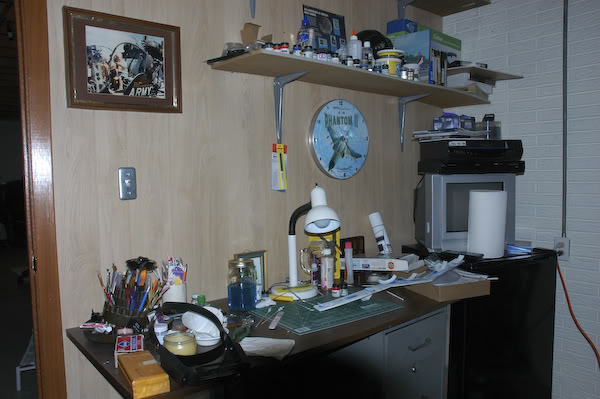 lol i want ur clock.

Awesome to see all these caves.

To those without a place, be patient!
I traveled all over the USA and was on several ships and worked out of an old tackle box.
When we finally settled in I got the unfinished basement with the stipulation I finish it to the female standards. . .(Agree to anything!)
I got my Fortress of Solitude! Which I of course built first.
Another tip, NEVER put the laundry room in the basement or near the man cave!
NEVER!!!
You will be tasked to put a load in, take a load out, or worse yet, she who must be obeyed will be down there all the time! Usually when you are making the sounds of a jet engine/ Ion Cannon or such.
And then she will act surprised that men are just bigger boys that still scratch and make rude noises but now shave.
Women!

Here are a couple picture of my decompression space. I basically have a corner of our family room. My desk is in the corner, my ever growing collection of unbuilt kits is on the right side. On the left is the few completed models I have that survived our basement renos :'(.