All right, figure I've got just enough time left in the Big Spring Contest to try for one more, relatively ambitious build. 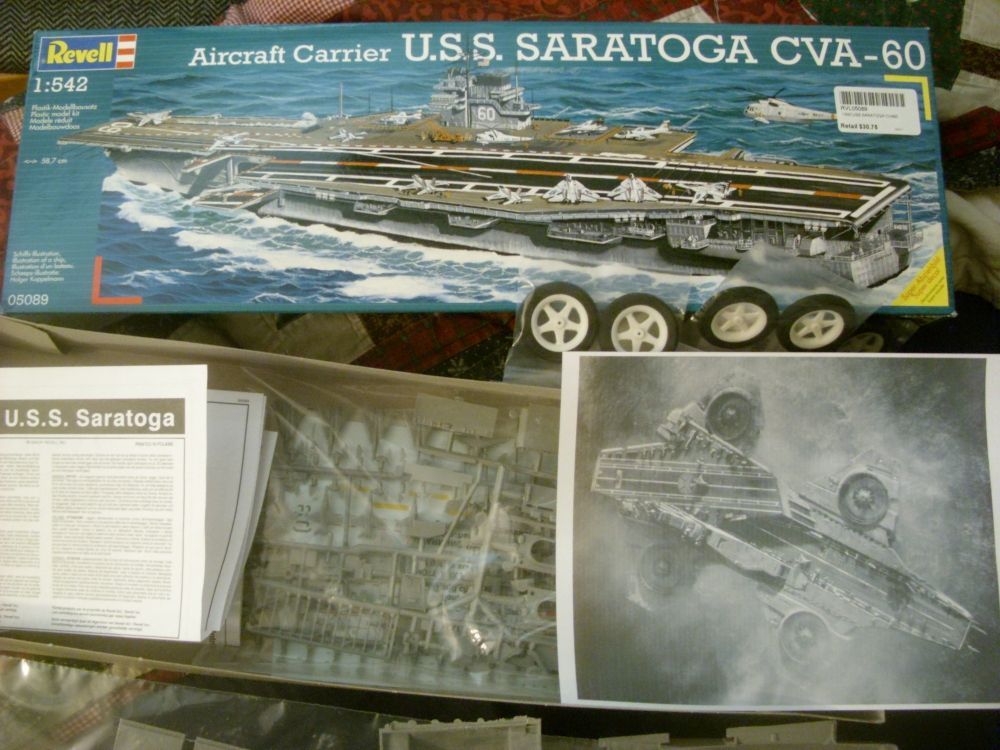 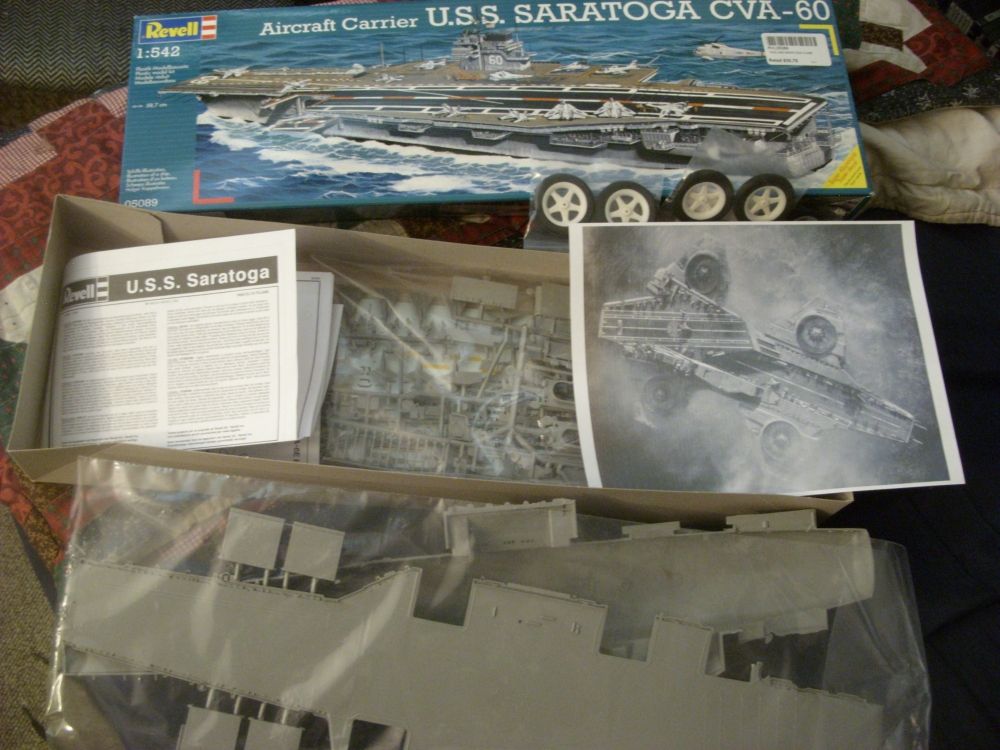 And turn it into a 1/700 scale model of Omega 7's version of THIS:
The SHIELD Helicarrier from The Avengers. 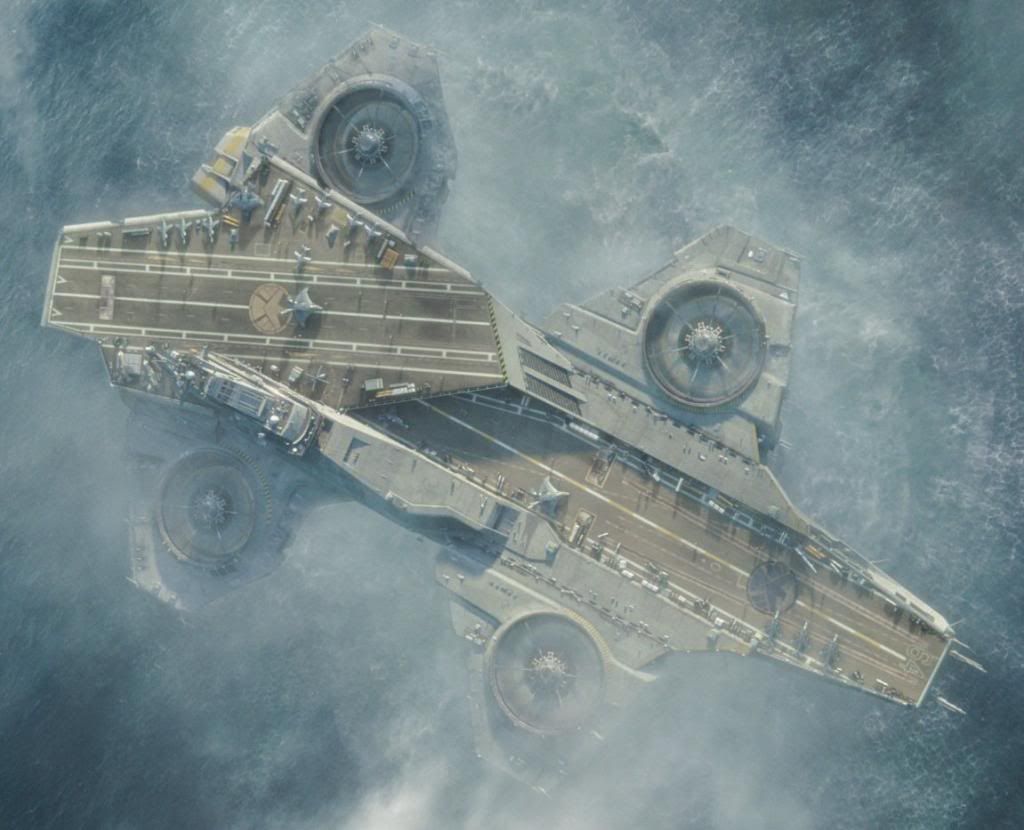 Now, first and foremost, I am NOT trying to duplicate the Helicarrier shown here. I'll leave that for others.
What I AM trying to do is make a version that works with what i have in mind for my fictional "Omega 7"

Started by working on a little stock assembly work, while fighting flash and ill-fitting parts much of the way.
( The instructions aren't all that great, either ) 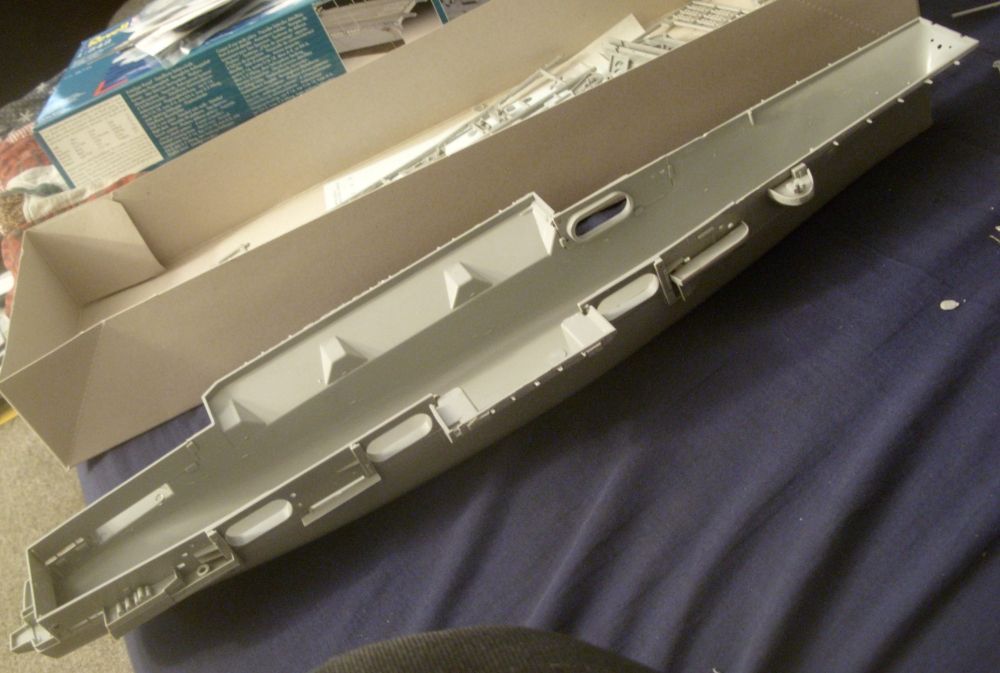 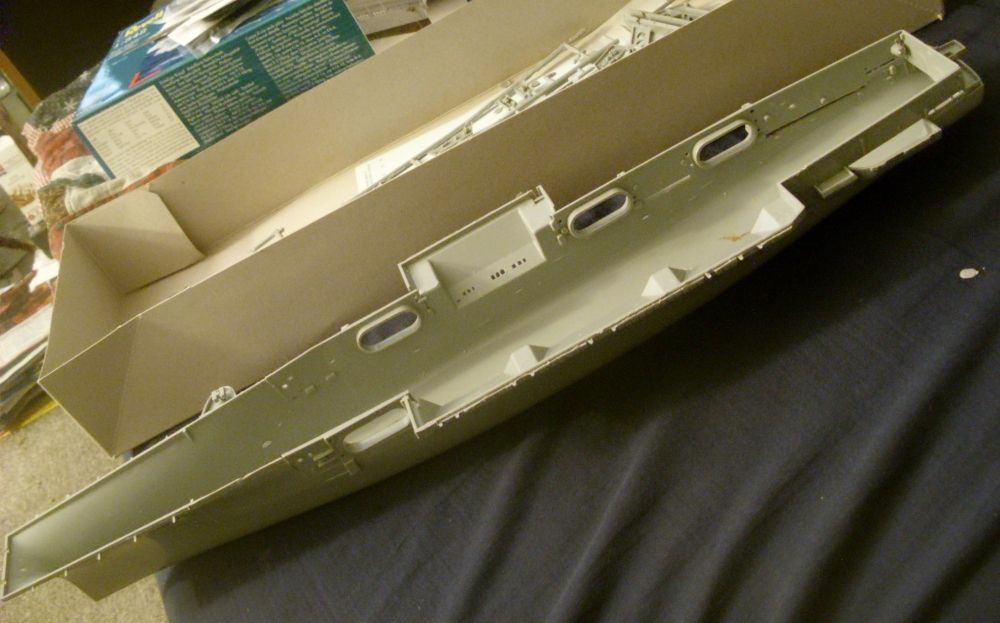 Finished up much of the kit's exterior detailing for the bottom hull, then started the first mod work.
I drilled out the mounts for the ship props to allow for my jet thrusters 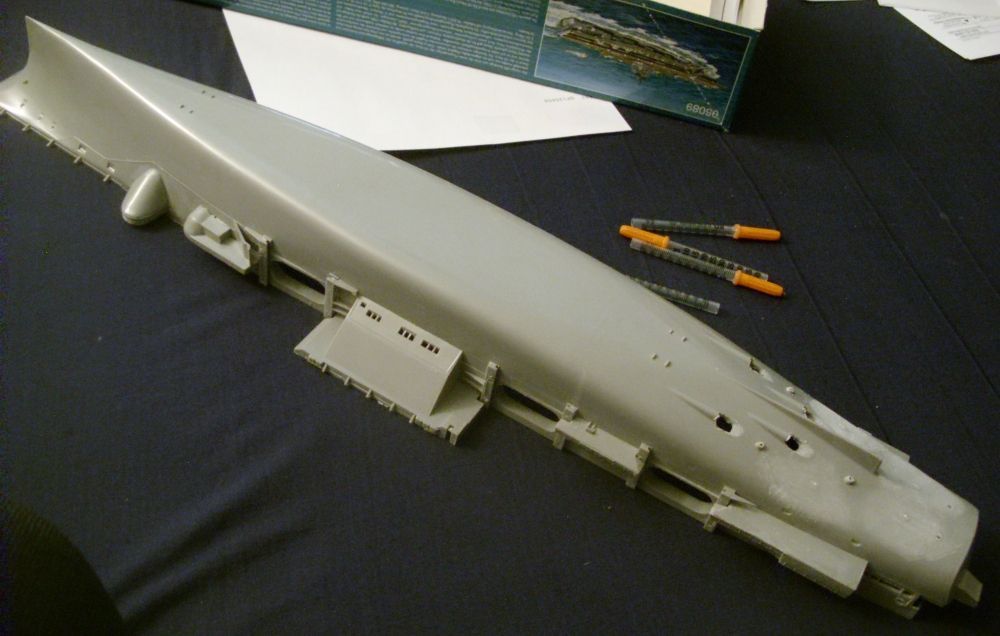 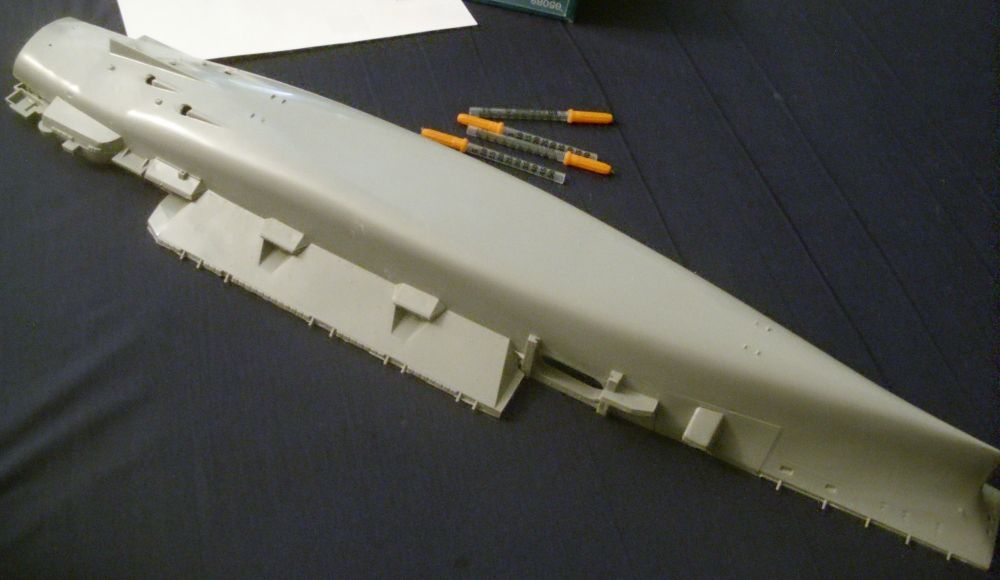 Then, using cut down syringes with the needles removed and the caps opened up, I glued my new thrusters into place.
This seam work will get fixed with Aves Apoxie Sculpt in a bit 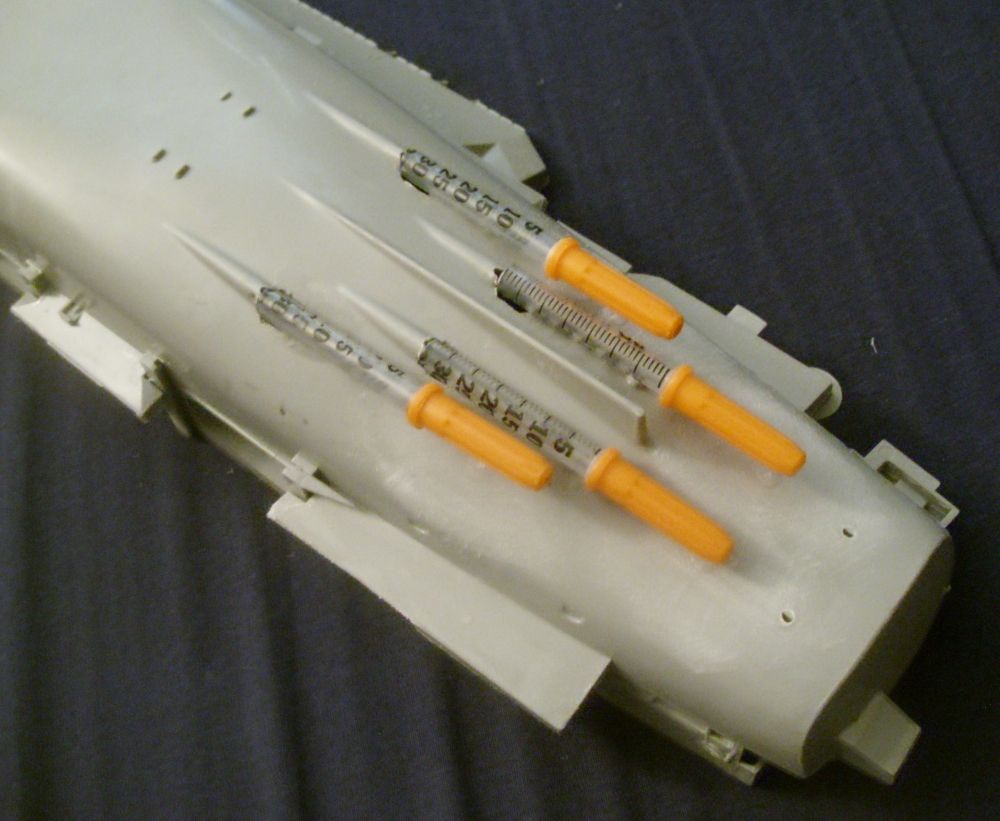 Yeah this will be nifty!.

nice idea, ,looking forward to watching this come together

Thanks, guys.
Me, I'm just hoping I haven't bitten off too much to get done in the time left

YEAH!!!!!! Q!!!!!!! I think your the first one ever anywhere out of the gate to tackle this beast. I'm psyched for me and you.
Right on brother!

Thanks, Glorfindel.
Definitely going to be interesting

wow Q this will be Epic

You definitely wouldn't want to stray too close to those rotors, could be a big mess to clean up! Actually they'd never find your remains, and Nick Fury would have to answer to many OSHA safety violations on this ship.

But, what a cool model to tackle, Quaralane!

Thanks, John.
Well, Cave, my version doesn't have to worry too much about Col. Fury.
Mine's more "inspired by" than "based on" the Avengers version.
Layout will become a lot more clear with the next update
S

Now this is incredibly interesting, Q!
I'm digging how You're going to apply the wheels - great creativity!

can't wait for the next update!

Converting and scratchbuilding... love it! On my watch list.

Thanks, guys.
I promise an update soon to reward the interest in this one

Time for a quick update on the Helicarrier build.

I cut some pieces of balsa to act as the "mounts" for my hoverfans. Then, using an exacto and my dremel's sanding wheel, I cut out the openings in the mounts for the "fans." 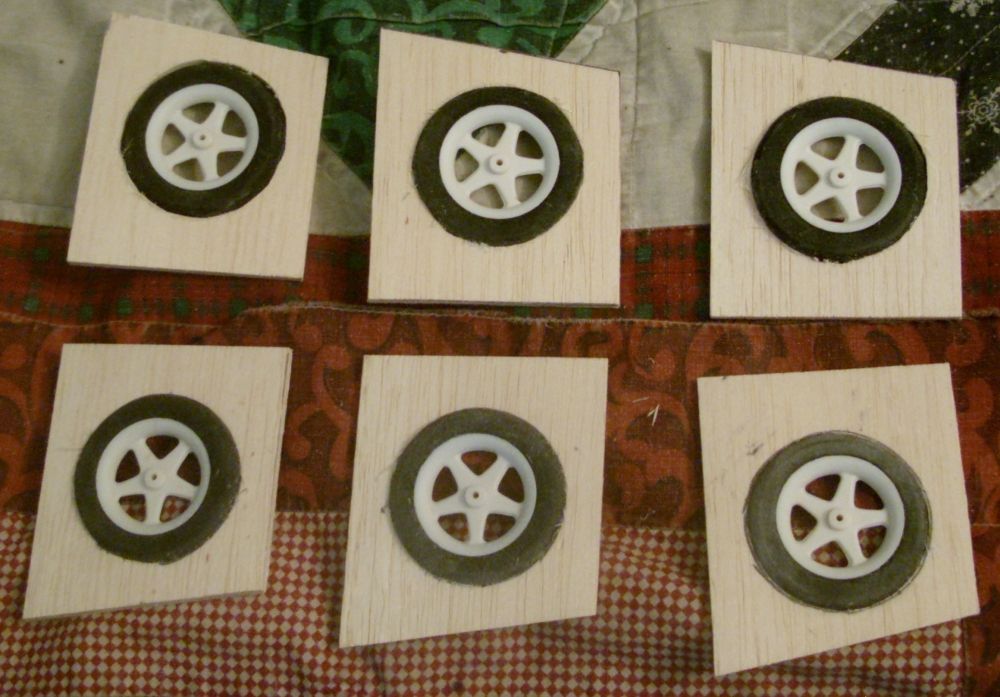 With the fans in their mounts, I did a quick layout to give me an idea of where I wanted to place the fans.
I've since flipped the rear two so the bevels face the other way 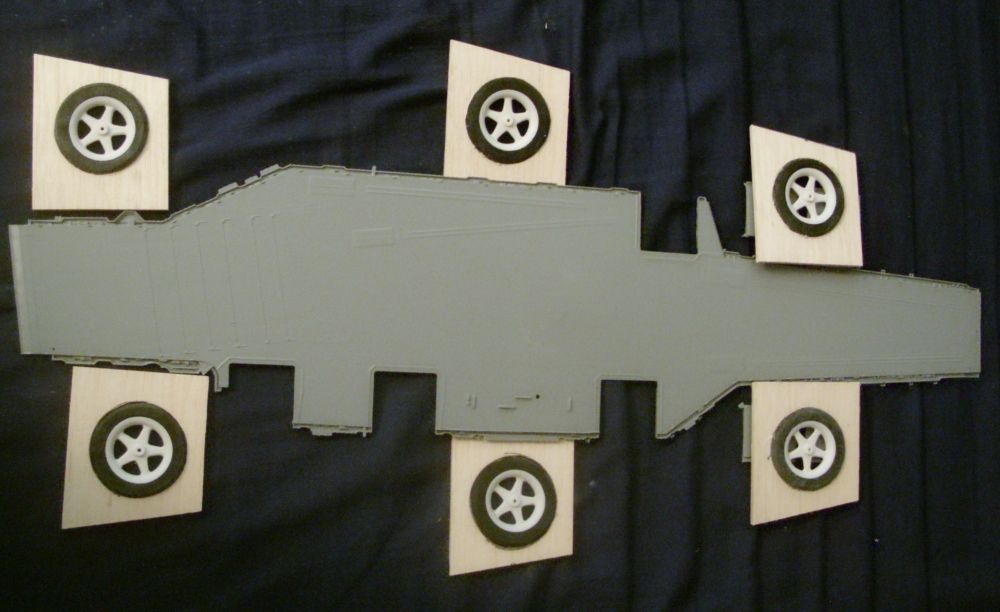 In looking at the wheels, I decided they needed some added detailing in order to look like the fans I needed.
So, I cut some circles out of card stock I had handy (actually, a menu from a local eatery)
Then I cut a hole in the center. With those cut, I went in and cut the blades for the fans.
With the blades cut, I twisted them to give a better impression of them being fans 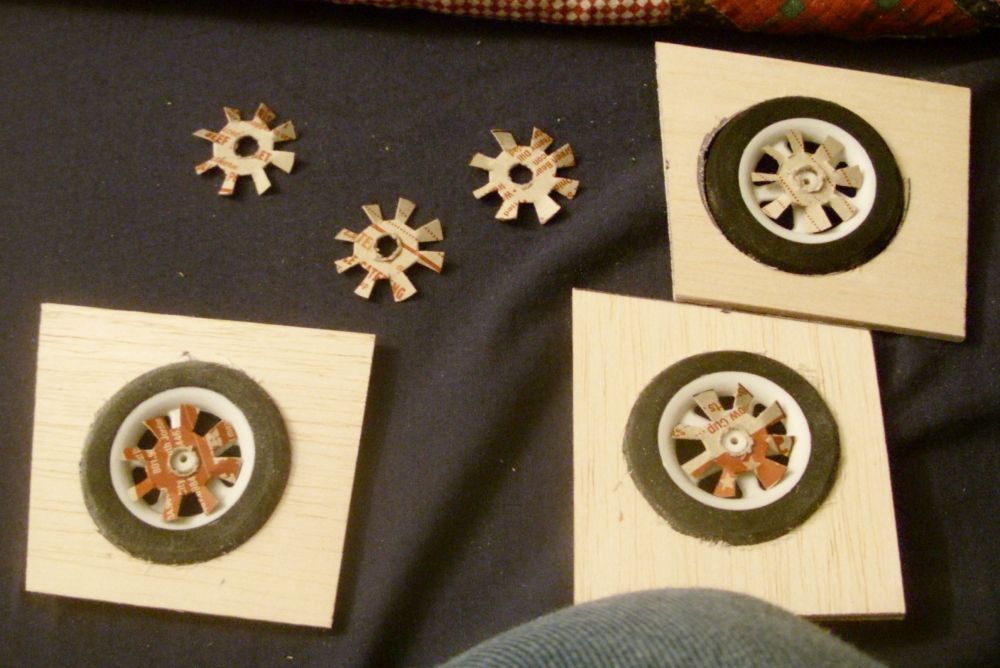 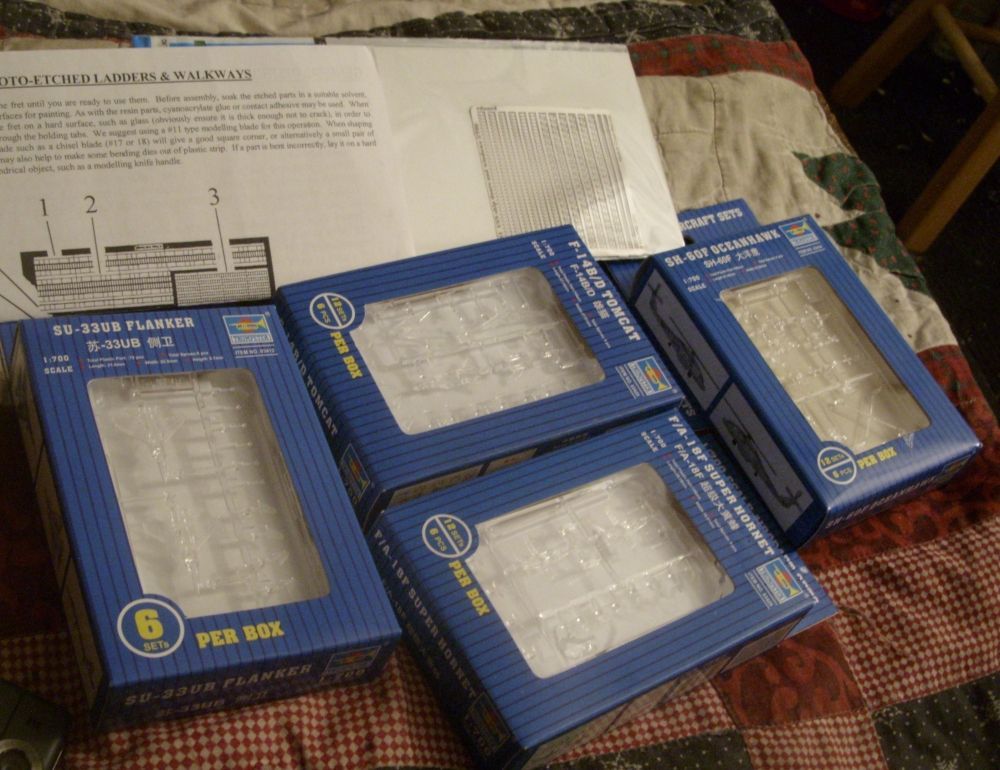 From Eduard, I picked up 1/700 hatches and windows 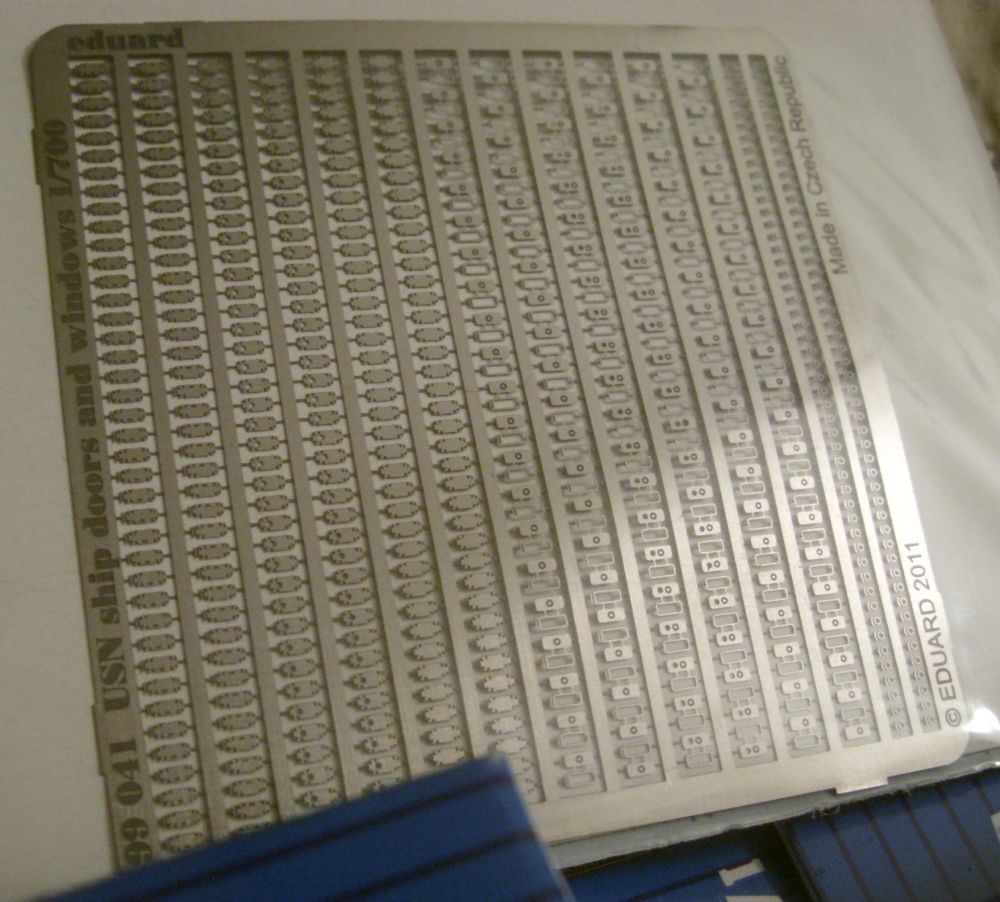 From White Ensign, I have 1/700 ladders and walkways 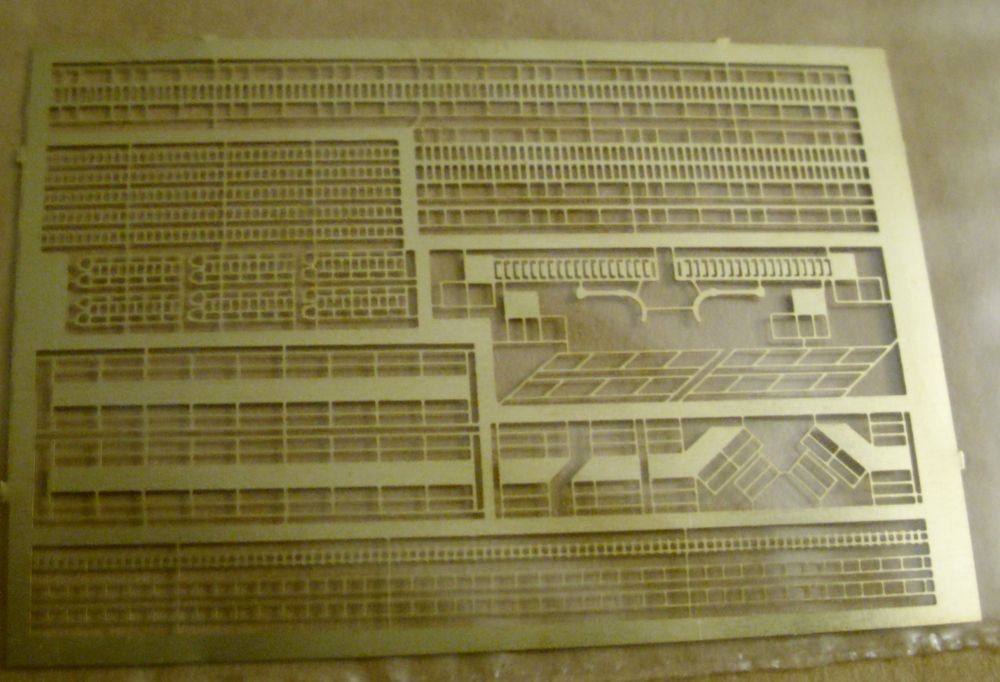 Then, we have planes and helicopters at 1/700 scale.
These are from Trumpeter and ALL of them feature engraved panel lines and decals.
We've got F-14s, F-18s, Seahawk helis, and SU-33s to add some variety 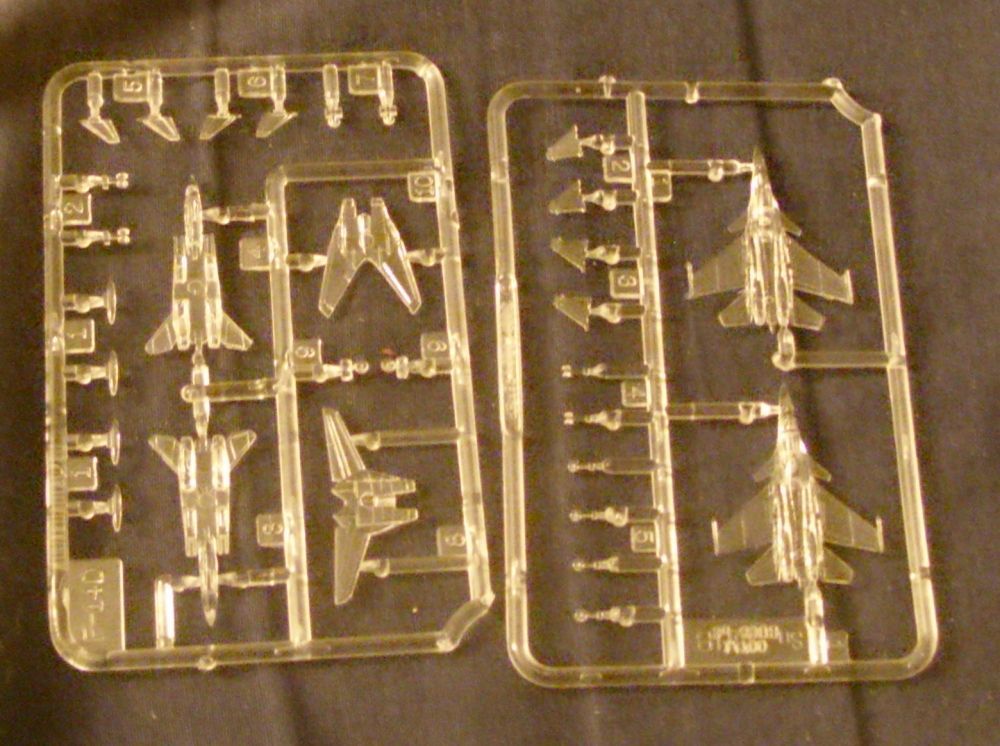 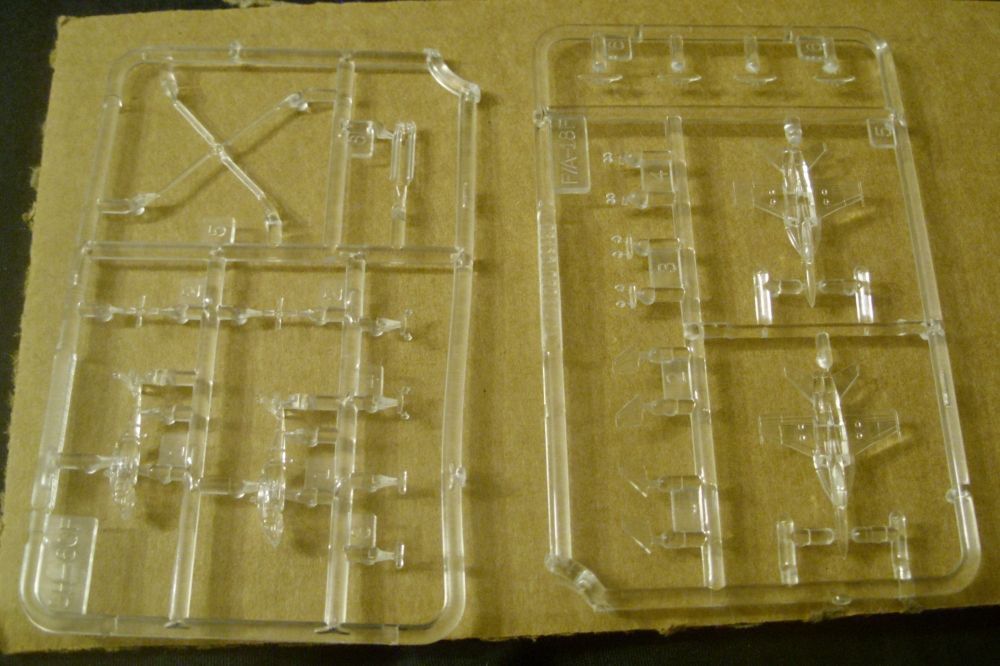 Went for a custom control island on this one, using balsa for the rough structure 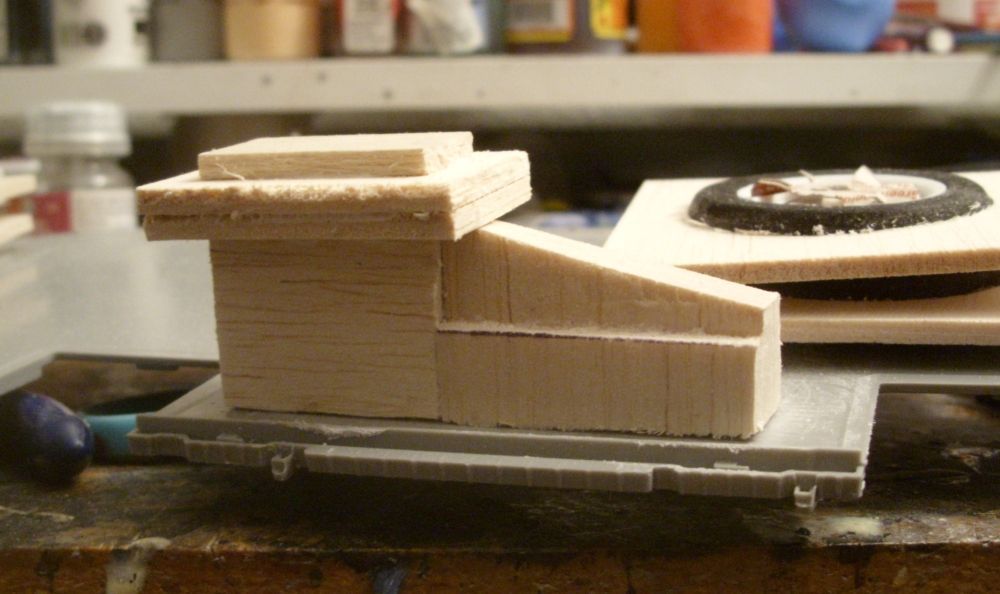 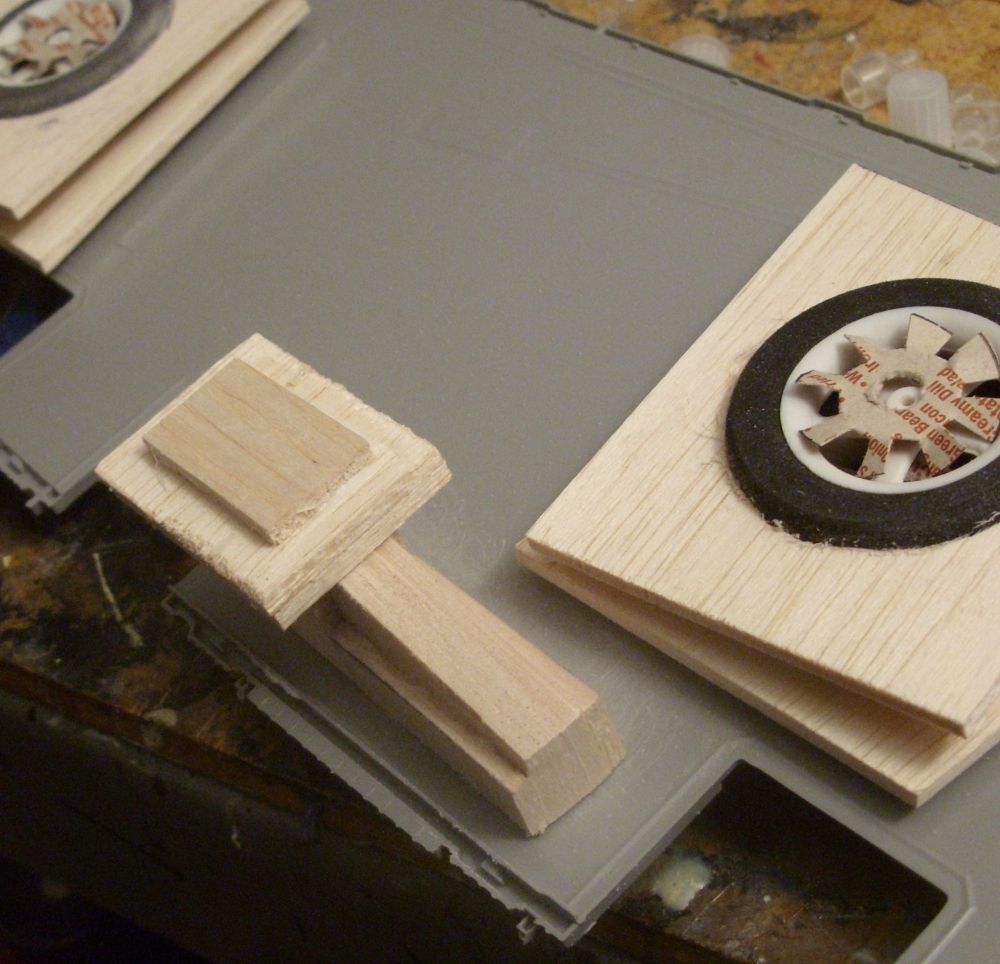 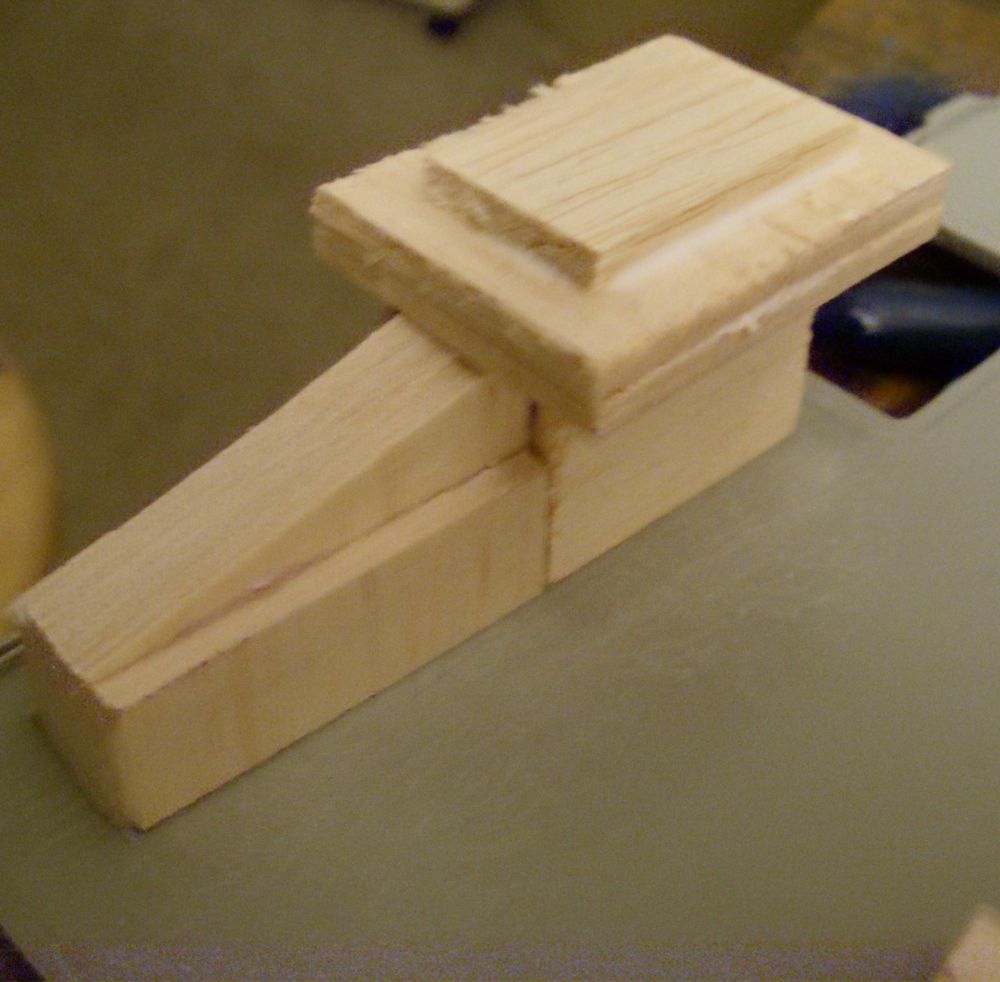 Nice progress! Do you plan on skinning the balsa with sheet styrene?

Coming along nicely,i like the idea with the fan blades.