really enjoying the concept and the execution

Sorry to hear you won;t get her done, but I'm loving the work on this one

Thank you all for your comments guys

Q, I'm still gonna work hard to get this thing done so that I can get back to other projects 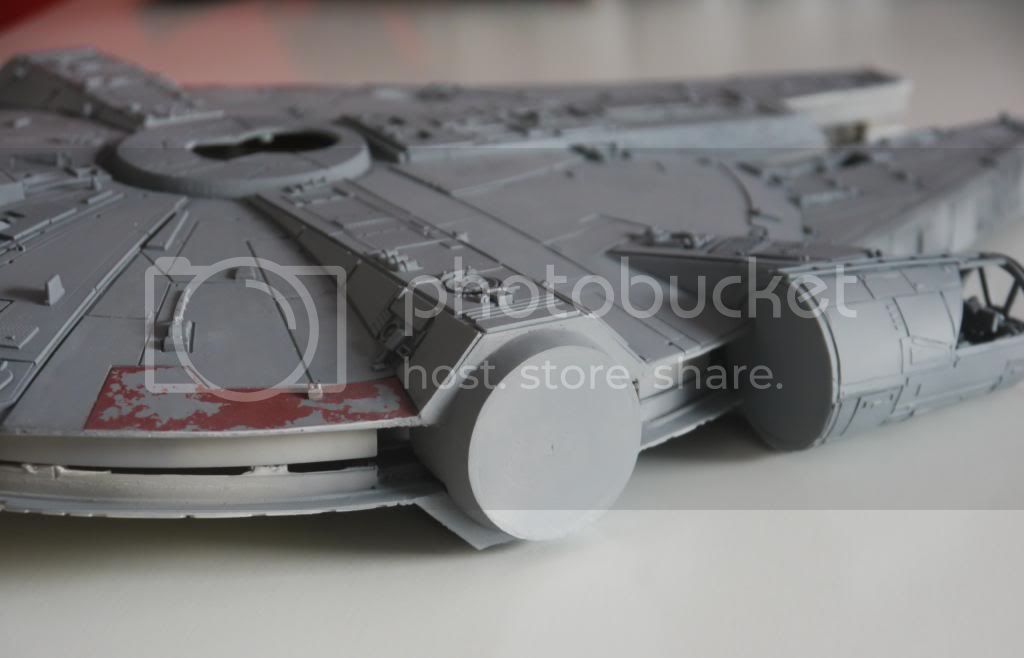 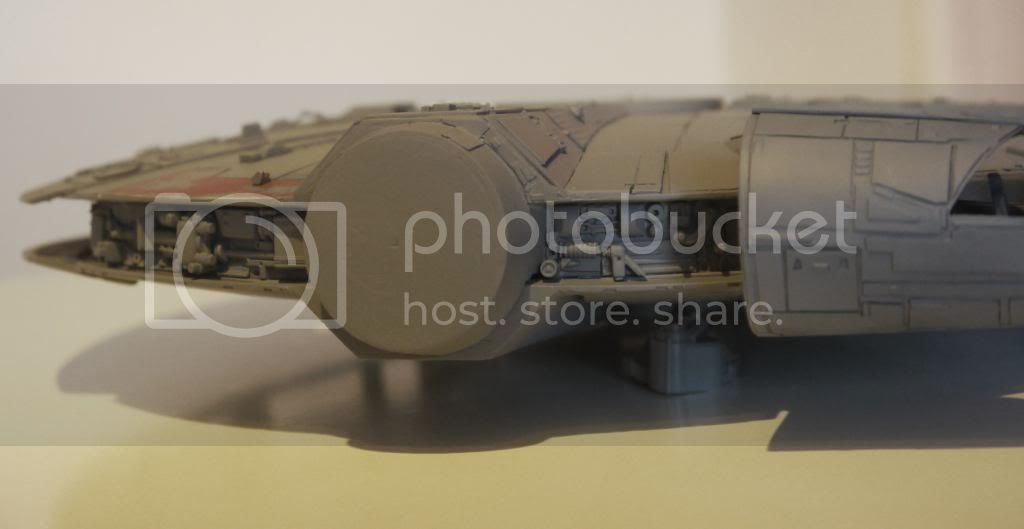 The rear is going to be a line of these nozzles:

Thanks for looking guys
John

Its a real shame you won't get this finished, it's definitely a winner in my book.

Yup Winning. (waves hand infront of face)....'You will get this finished for the deadline'.

Leighbo said:
Its a real shame you won't get this finished, it's definitely a winner in my book.

I like the look of those nozzles. Makes me wish I'd had some like that for the Harlot.

Thanks very much guys

Quaralane, I got those metal thrusters from AV phono plugs which comes with two sizes of those little bells (they are part of the cable strain reliefs which are pushed onto the springs):

So heres where I'm at: 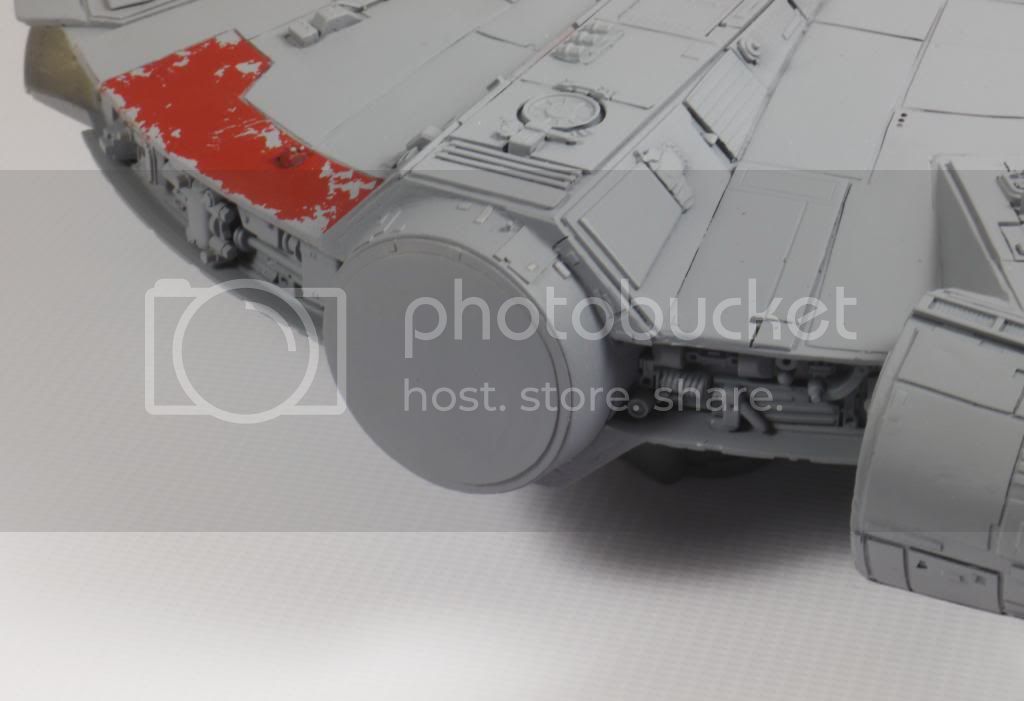 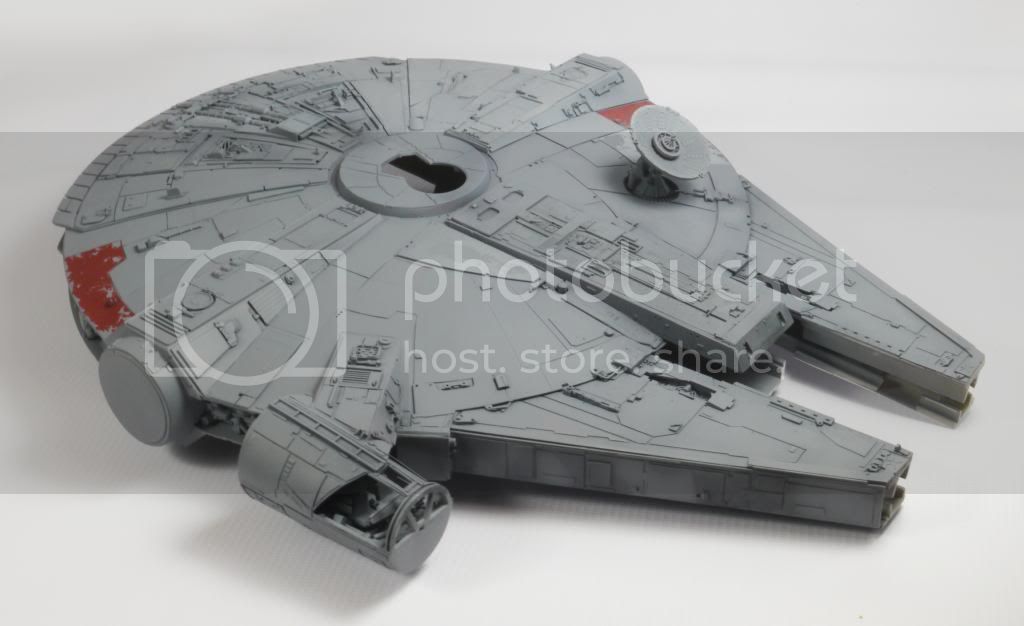 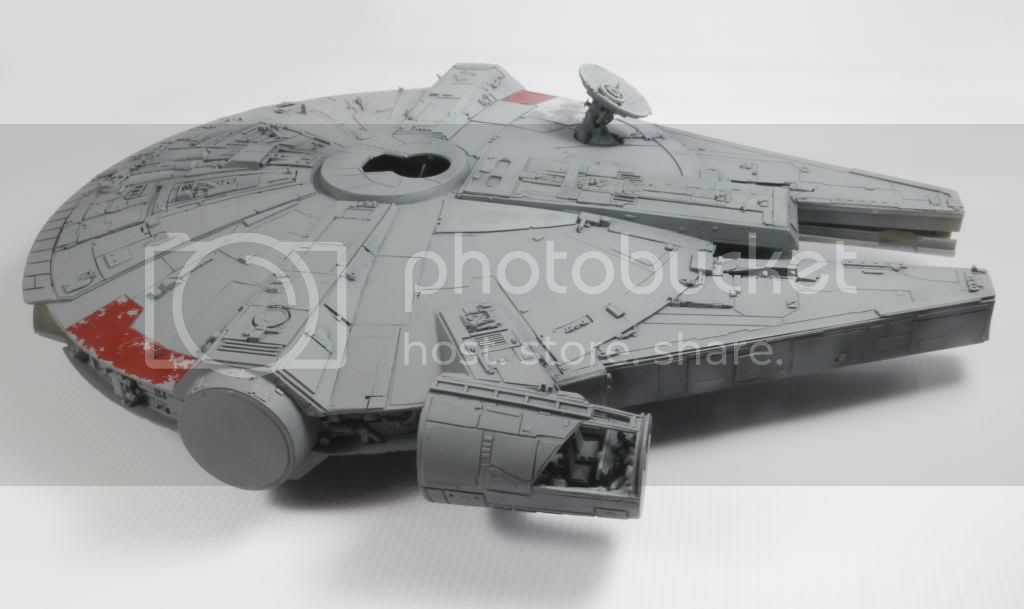 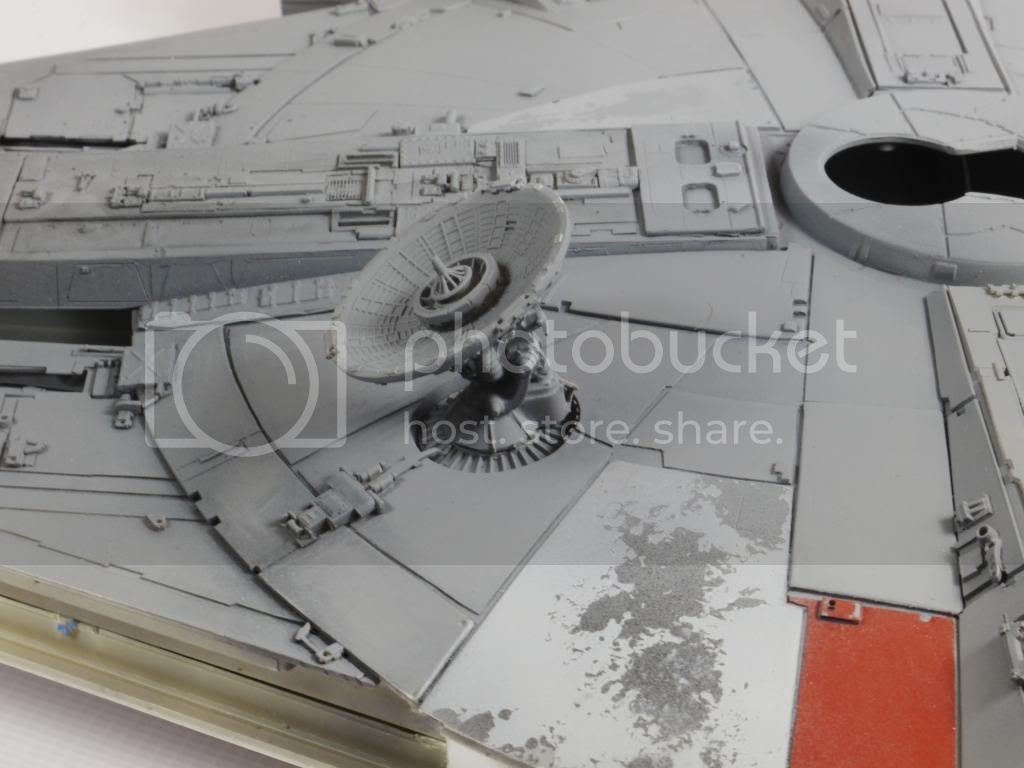 Oh and did you hear that the cartoon replacement for The Clone Wars has been announced, It'll be called Star Wars: Rebels and set between ep 3 & 4, they also say that they plan to expand and use.......Ralph McQuarrie designs......hmmmmm, sounds right up my street.

Mate this is looking soooooo good, that dish is gorgeous! You'll have this done by the deadline no worries!

Keep at it, I would love to see this one done!
S

Man, I LOVE your work with this freighter!
The dish is a gem, and thanks a lot for sharing the tip about the jack's usage, I will keep that in mind
P.S.: thrilled with the news about the OT-era cartoon as well. Looks like that after George's going away, we might expect some really long-awaited content to appear. Still hope, however, that Fillony and crew would air the last done episodes of Clone Wars they had been making for the sixth season some way, as there are several unfinished storylines there I would like to see finished 8)

Loving where you're at. Your paint teases are looking good

Thanks very much for the comments guys, the deadline is looming!!!

I got the engine bells in (still a bit of tweaking to do to them): 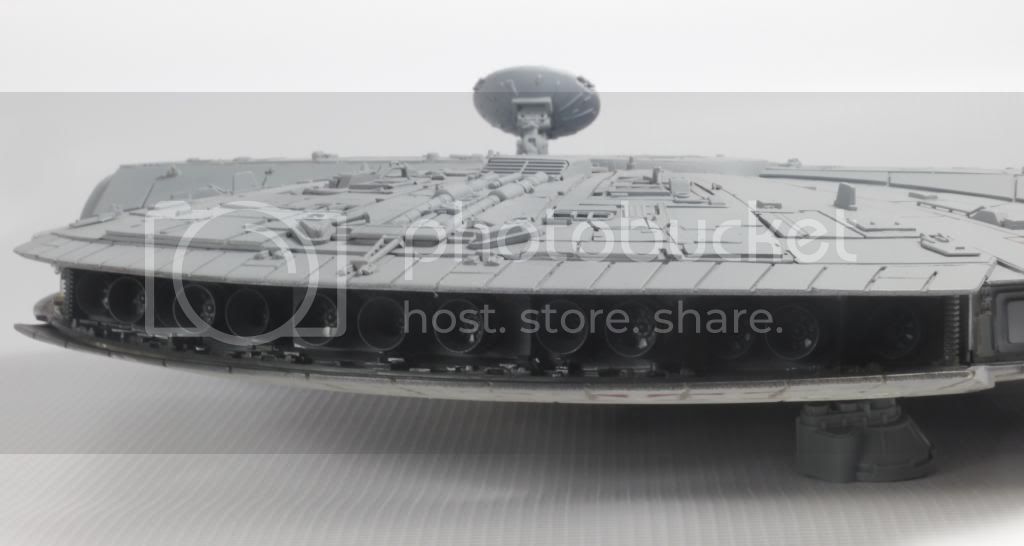 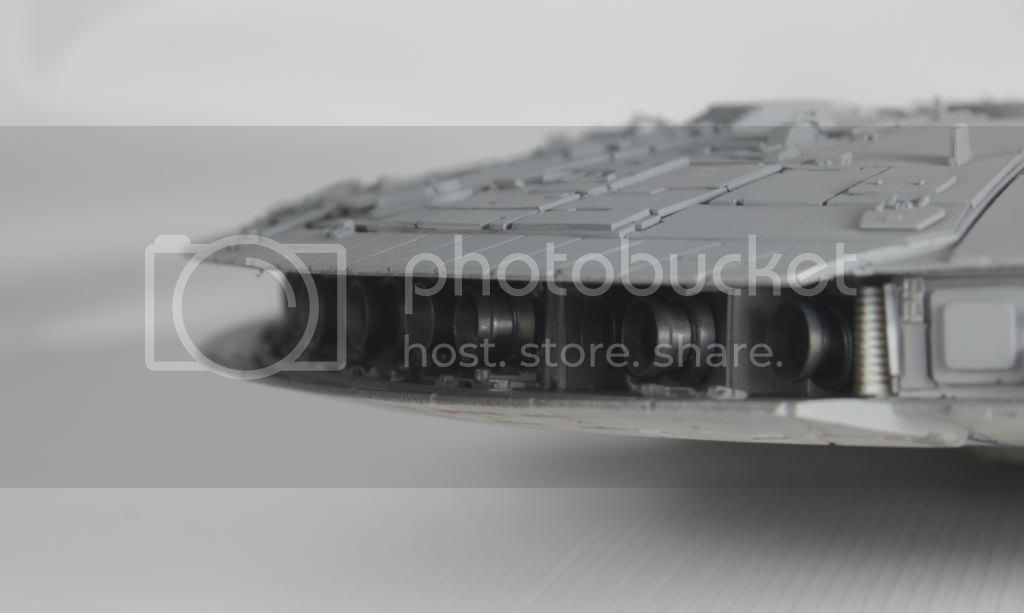 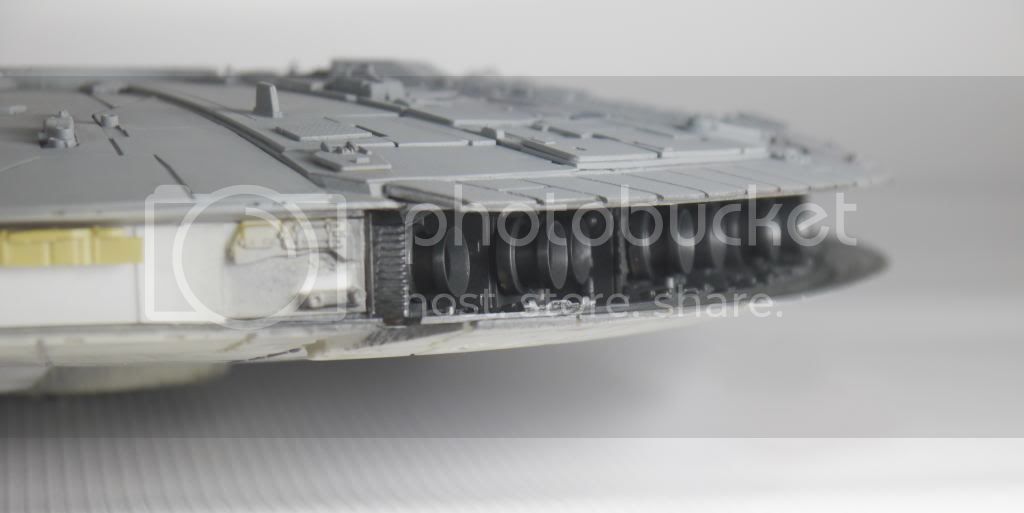 Thanks for looking
J

This gets better with each update