In order to try and get myself back into building (to which I have a number of kits on the pile to finish off) I decided on this nice little build.

I've always wanted to build the Red October, complete with caterpillar hydro drive. Though this kit is a tad on the small side for me to make to modifications, I decided to go ahead and build it as one of the 6 Typhoon Class Russian Submarines built between 1981 and 1989.

The build itself only took just under 45 minute.....very simple and went together fairly well, just a few pics of the build as it went along. 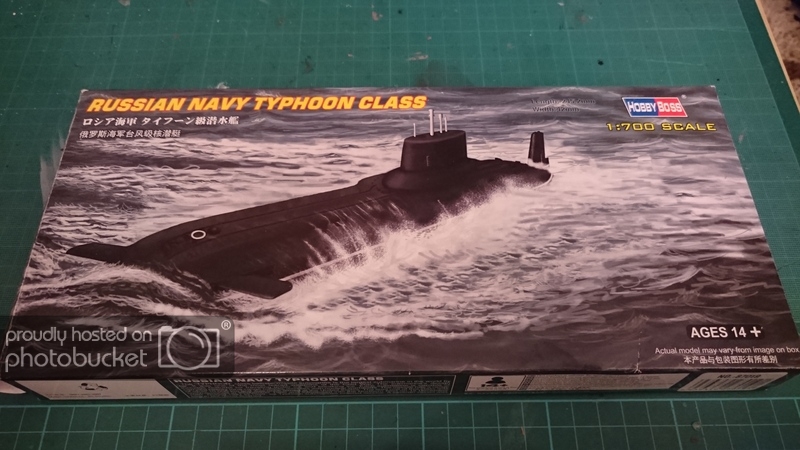 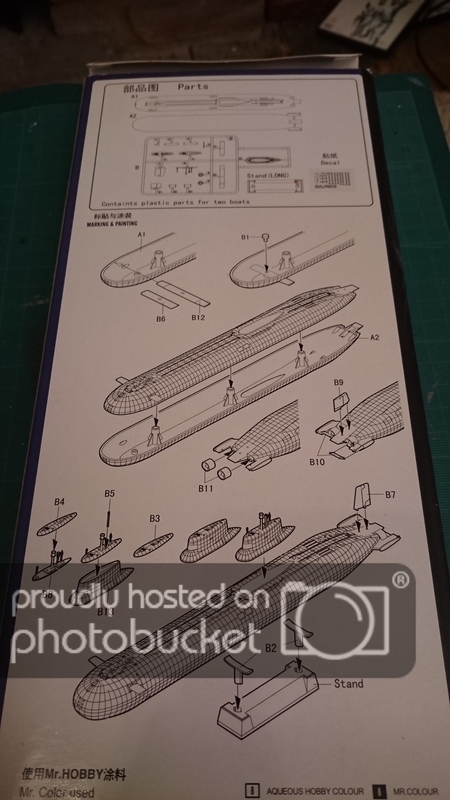 Contents, minus the small decal sheet 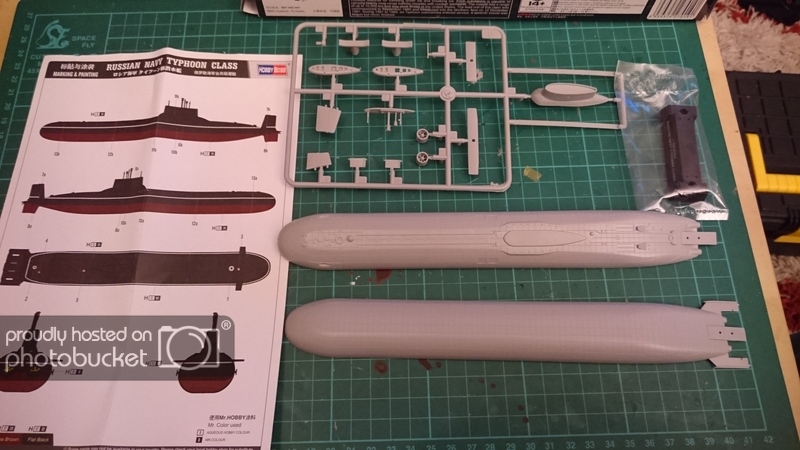 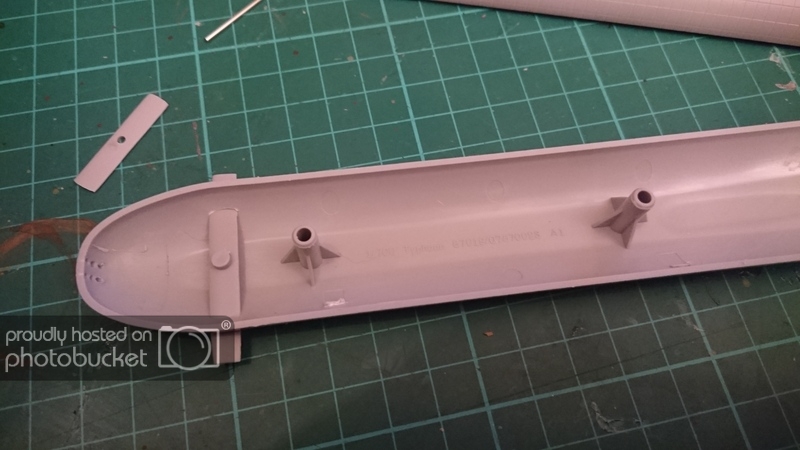 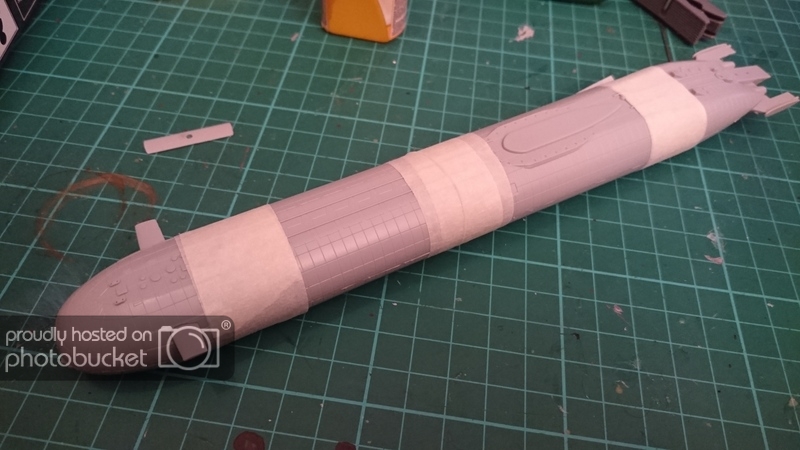 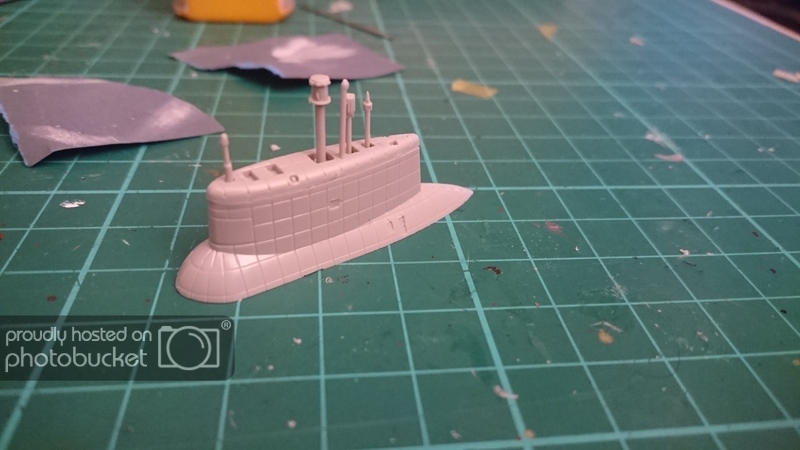 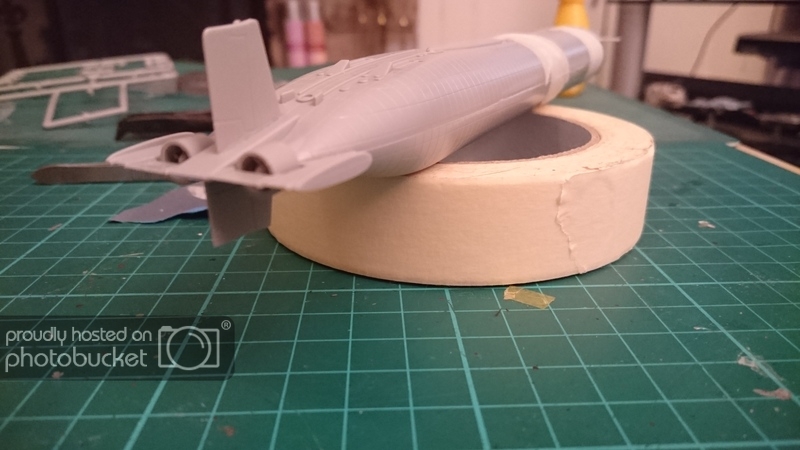 Conning tower attached and temporarily placed on its mount. some tidying up to do once everything has dried and then on to paint. 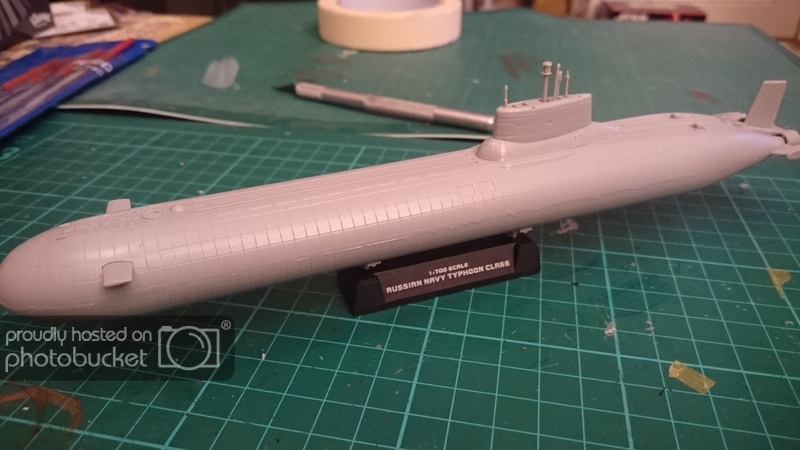 Be interesting to see where you take this

I think I'll be doing a standard paint job, black with the red lower hull sections.....may do a bot of light weathering on certain areas.

OK, so over the past week or so I've managed to get paint and a few decals done,

First step was a flat Matt black base 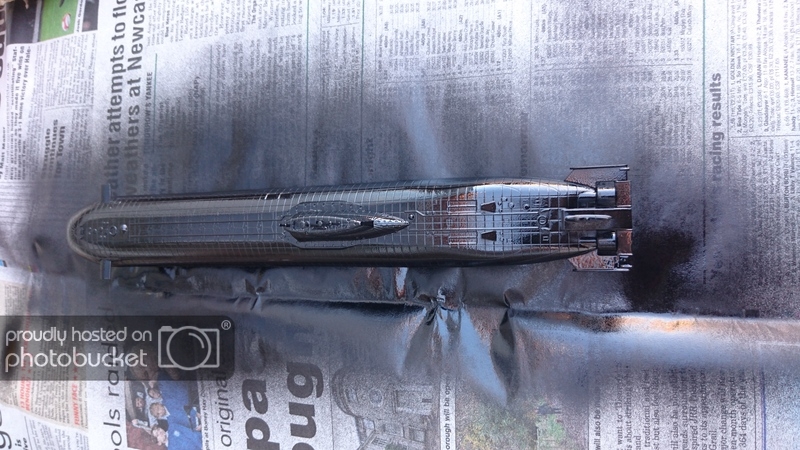 Trying to keep the detail of panels too, so only a light(ish) coating 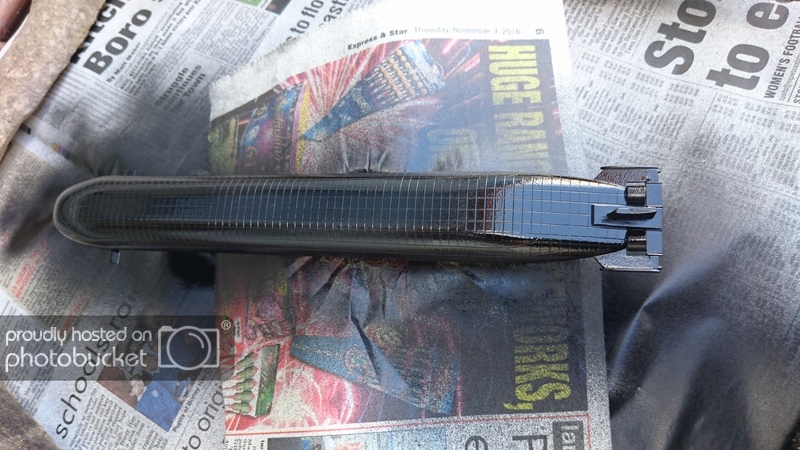 Next up, masking of the lower hull and water line 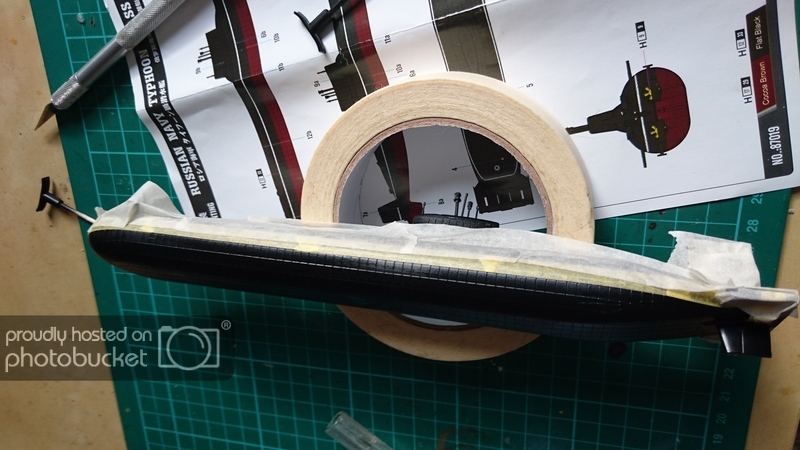 Then a nice coating of maroon red 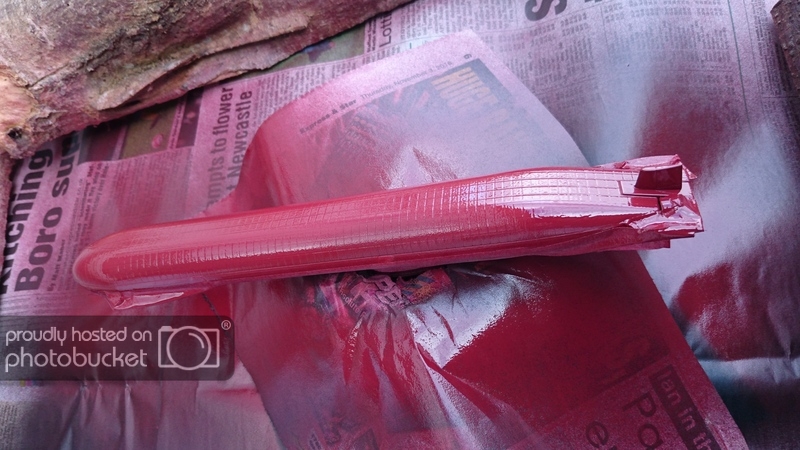 Once dried, turned out quite nice 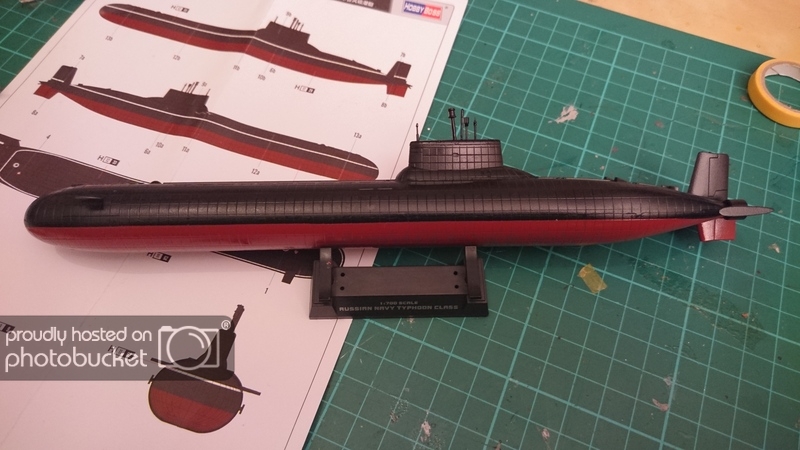 Next up, masking off the white boarder line which will be painted using Tamiya flat white.... 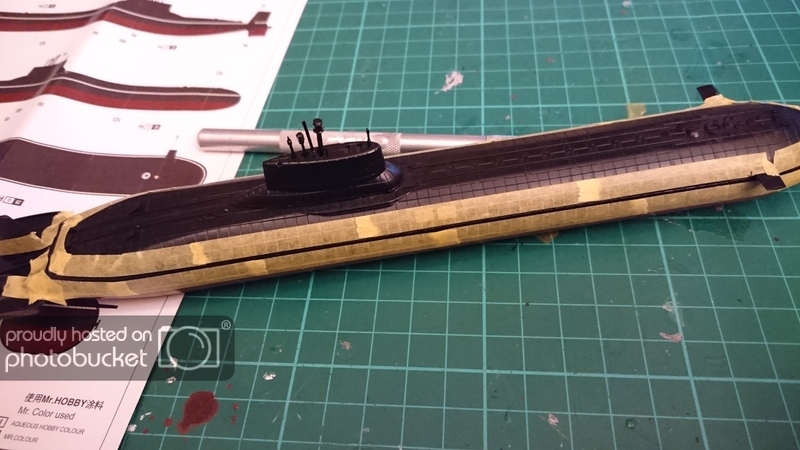 What I didn't expect was some minor bleeding of the paint along the panel lines which were touched up with Tamiya's flat black.....though I think a little more may be needed 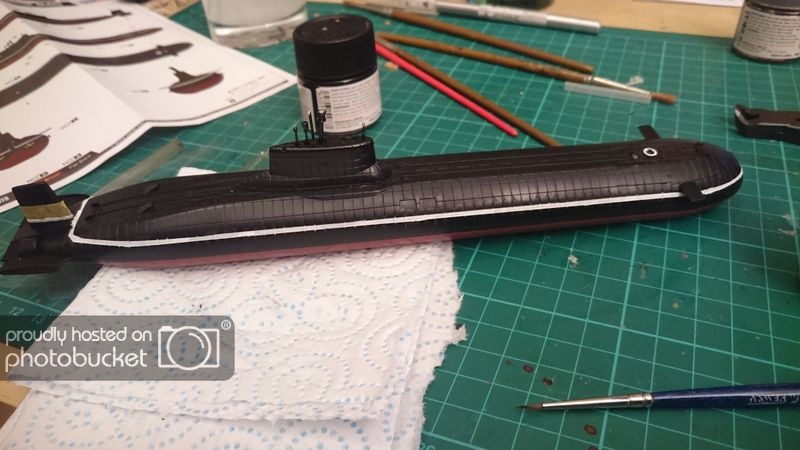 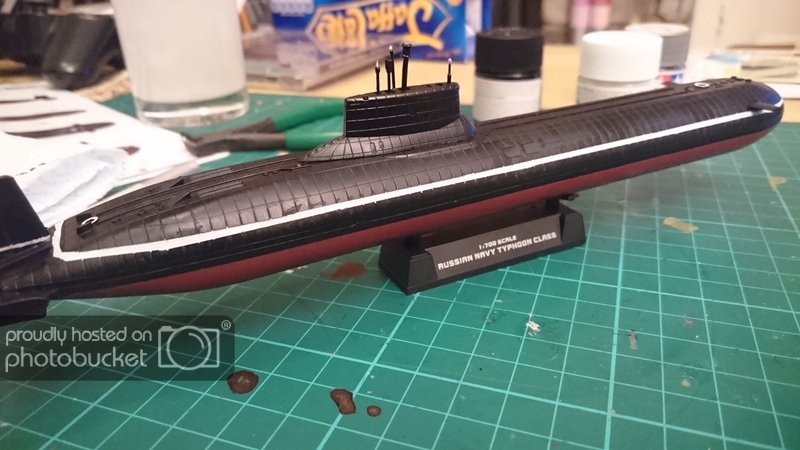 There aren't that many decals, just 2 for the Nuclear reactors and the water level lines along the hull and rudders 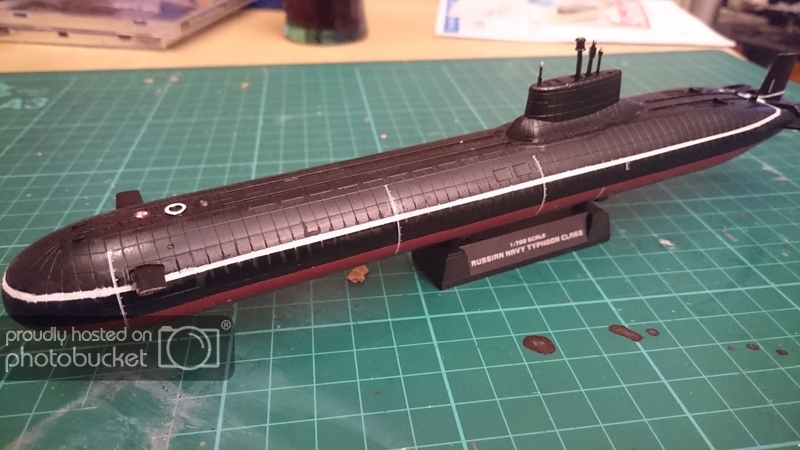 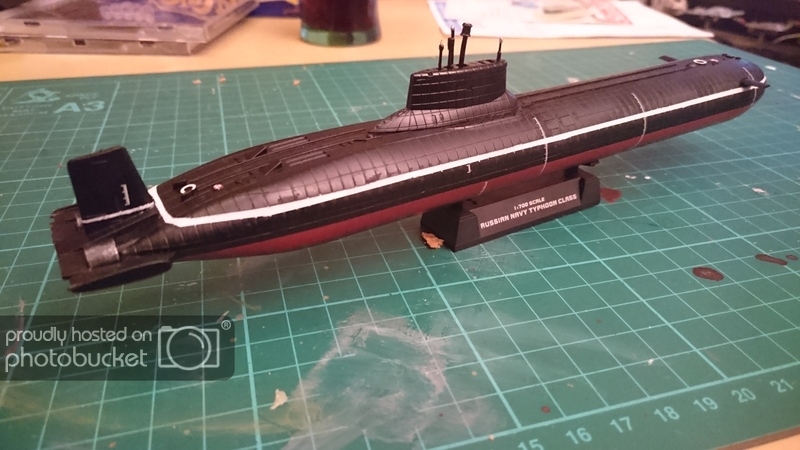 I think there may be a little more work needed to touch up in areas....other than that and some sealant once the decals have dried in full.

Any critique or pointers to try and improve, always welcomed.