What would you like to see as a model kit?

CTspeedshop said:
The Normandy from Mass Effect.
Click to expand...

I would take one without any hesitation as well.
There was I guy on the RPF some time ago, who offered a garage kit of the first Mass Effect version of the Normandy. I wasn't able to grab one back then, wich I'm extremely sad of ever since, and nowdays all the pm's sent him remain silent...
Click to expand...

Yeah I remember that... I think it was a guy named ModelNutz... I never heard anything back from him either.

LrdSatyr8 said:
Okay... here's a list of models that I came up with so far that would be awesome to see as kits... lemme know if you all agree with these....

1. Alexi Leonav from 2010
2. Johnny 5 from Short Circuit
3. Gunstar from The Last Starfighter
4. Project Crossbow from Real Genius
5. The Robot and the Zorgon Ship from Zathura
6. Chromed Naboo Ships from SW:Episode 1
7. Valley Forge and Heuy and Duey from Silent Running
8. Event Horizon ship
9. Whispercraft from 6th Day
10. Any of the craft from Minority Report
11. Blockade Runner from SW:Episode IV
12. Any ship or droid in the Star Wars movies that was on the screen for more then 3 seconds. (The rest of the pod racers, the speeders, the cars that Obi-wan and Anakin were in while chasing the bad guys on Corusant, the Probe Droid, the Diner Waitress bot, Sandcrawler, T-16 Skyhopper, full size versions of those stupid little snap together kits that were prepainted, the Trade Federation command ships, the list goes on and on)
13. The ships from Galaxy Quest
14. The classic Dune ships (All of them)
15. APC Robot and the flying bike from Judge Dredd
16. Stargate ships... Destiny, Atlantis, puddle jumper, all of them!
17. All the ships from Farscape... Moya #1
18. All the ships from Flash Gordon the Movie
19. The RLS Legacy from Treasure Planet
20. The Eagle 5 flying Winnebago from Spaceballs, and any of the other ships
21. The Axiom and a bunch of the robots from Wall-E would be cool to build
22. The NSEA Protector from Galaxy Quest
23. The Prawn Mothership from District 9
24. The Serenity from Firefly
25. All of the ships and vehicles from Avatar
26. the Andromeda Ascendant
27. The Locomotive time machine from BTTF3

I'm sure there's more... let's see what else we can add to this list!
Click to expand...

you sure are in too space ships bud

geegad said:
you sure are in too space ships bud
Click to expand...

Naaaaaaaaaaaaaaaa... what ever gave you that idea? LOL Just saw Pacific Rim and I've got to add the Jeagers to that list! LOL

I love these threads!

Some Aussie muscle cars would be real nice. Here are some of my faves . 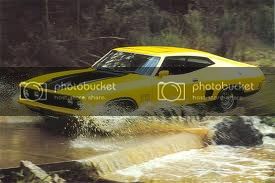 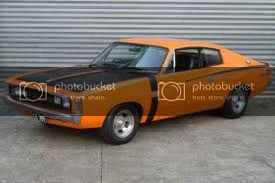 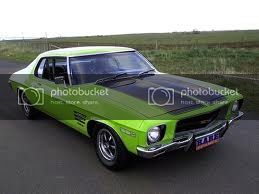 And my sentimental favourite because it was my first set of wheels 8) same colour as this.
Holden LH Torana. 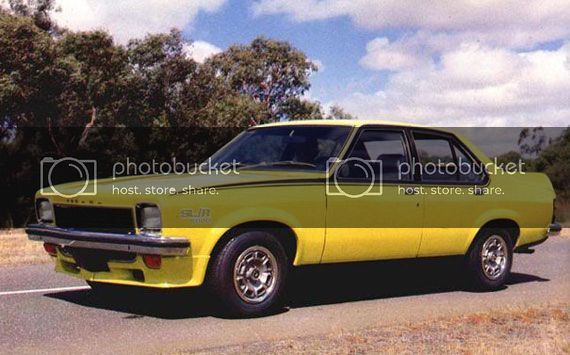 If it's styrene we can build it

some great looking cars there Rookie

rookie said:
Some Aussie muscle cars would be real nice. Here are some of my faves .

And my sentimental favourite because it was my first set of wheels 8) same colour as this.
Holden LH Torana.

Yep CT its been on my wish list for a long time.

Mad max fans will know the XB as Max's interceptor, the 4 door version of the Monaro was driven by the Night Rider in the opening scene of the first movie.

Have you seen Eric Bana's XB? Wicked! I love the story behind it as well.

CTspeedshop said:
Have you seen Eric Bana's XB? Wicked! I love the story behind it as well.
Click to expand...

I wouldn't mind seeing a model kit of Hector from the movie Saturn 3. There are also lots of things other then that I would love to see in the way of kits though .
Share:
Reddit Pinterest Tumblr WhatsApp Email Share Link