Trident from the TV show Ulysses 31

One of my favourite animation TV show, as a kid, was Ulyses 31. Some of our friends from Great Britain may remember it, other countries, not so sure.

The story is the same than the one told by Homer, but in the future, the XXXIst century.
Ulysses offended the gods by saving his son and two blue skins aliens from a sacrificial ritual for Poseidon. He's condemned to explorethe infinite space of Olympus.
His journey is full of adventurous action.

The French opening if you want to "taste" it...

In english (I think it's cooler in french, sorry )

I've got all the toys made at the time but I always wanted to scratch some kits inspired by the show.

I'll post some pictures and explanation about my projects. One, here, is the Trident starship, the "villain" fighter, purchasing Ulysses in Olympus space.

At 50' right after the opening sequence, you can see the Tridents attacking the Odysseus.

That's this star fighter I intend to scratch from Plastic spoons and runners.

I recently worked hard on the Trident, during a French festival about "Japanimation", Japan Expo, at Orleans (the city of Jeanne D'Arc). 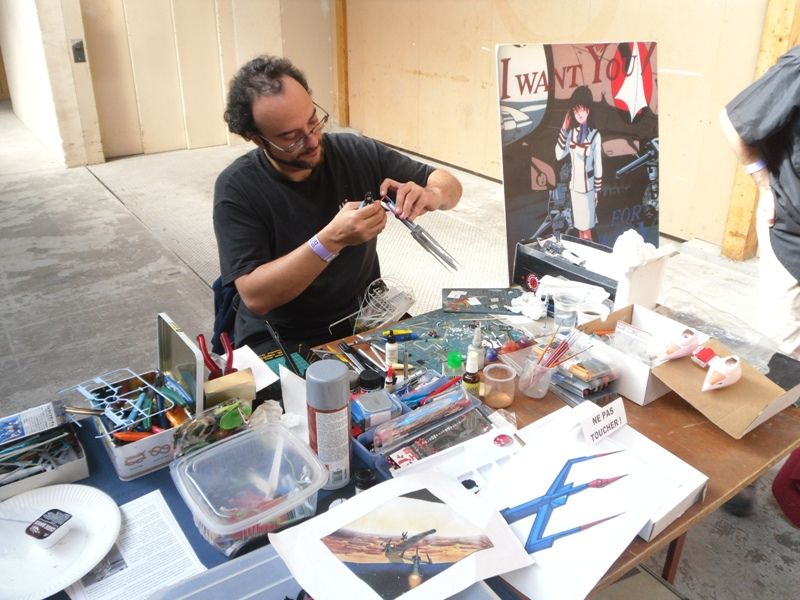 Yes that's a very messy workbench but that's how I like to work. With people around me at least.
Plus, I got other scratchs and Kitbashes kits around here (Cloud Car, a Viper...).

I had to find drawings and documents for me to be sure to do the right thing. There was some pictures, wrong, of the Trident like this : 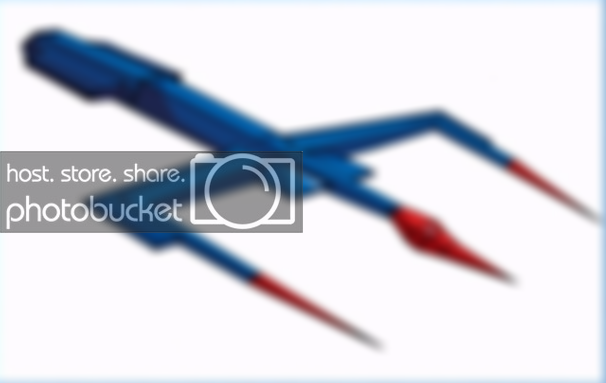 But the general look is here. But I knew there was a lack of details and it was not like the one I saw on TV.
So, back to square one, with screenshots of the show.

Anyhow, I began with som plastic runners from regular kits. I added some picks for cocktails, some parts of a plastic fork and a toy part I don't even know the origin 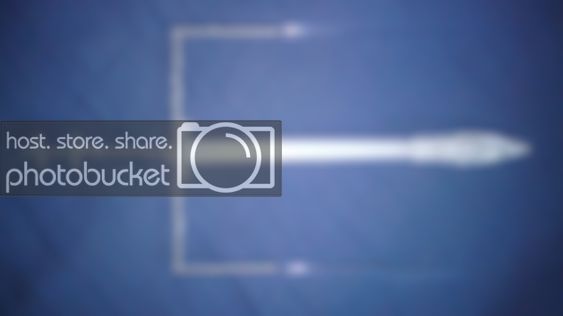 The "head" is made with a toy part (maybe a weapon or shield from power rangers ? I rally simply don't know) that seems to be allright. All i had to do was to add some pointy arrow ahead.
I used some plastic fork and putty.

Then I used the Runner Skeleton to glue the handle of plastic Cutlery here and there. I did it with a cutter and then the etching seesaw from Hasegawa.
The parts used are many with a lot of shapes. It cames handy but it was difficult to find the right shape and the right proportion.

Eventually, I used some little wings form a military aircraft but mostly the parts used here are done with everyday objects. THe most difficult part was to scratch the engine, but I used coffee spoons and a lot of brain to solve the problem.

Very cool!
I was a big fan of the series, and the trident ships were a very nice rendition of poseidons trident.

I'd love a model of the main ship as well, beautiful thing

That show was so great, loved it as a teenager. Main ship model would be awesome.

oh my god what a flash back i loved this cartoon the song was one of the best parts i will be watching with batted breath..and thanks for the flash back

Well, guys, you'll be served as soon as possible. The Odysseus, the different shuttles, even Nono and Nanette are on their way

I've got a lot to present to you about the trident. It's almost finished, but until I wrote the text (in english, not my mother language), a link that will bring back a LOT of good memories, a Switzerland citizen had playes the music score all by himself, and his GOOD at that !

Nine of the tracks are available, free for you to download.
http://www.parallax.fr/9.ulysse31str/ulysse31str.htm

And thanks a LOT ! I didn't really know it was so appreciated in its english version. Ulysses 31 was broadcasted in the US too ?

And maybe a picture of the "kit" almost done... 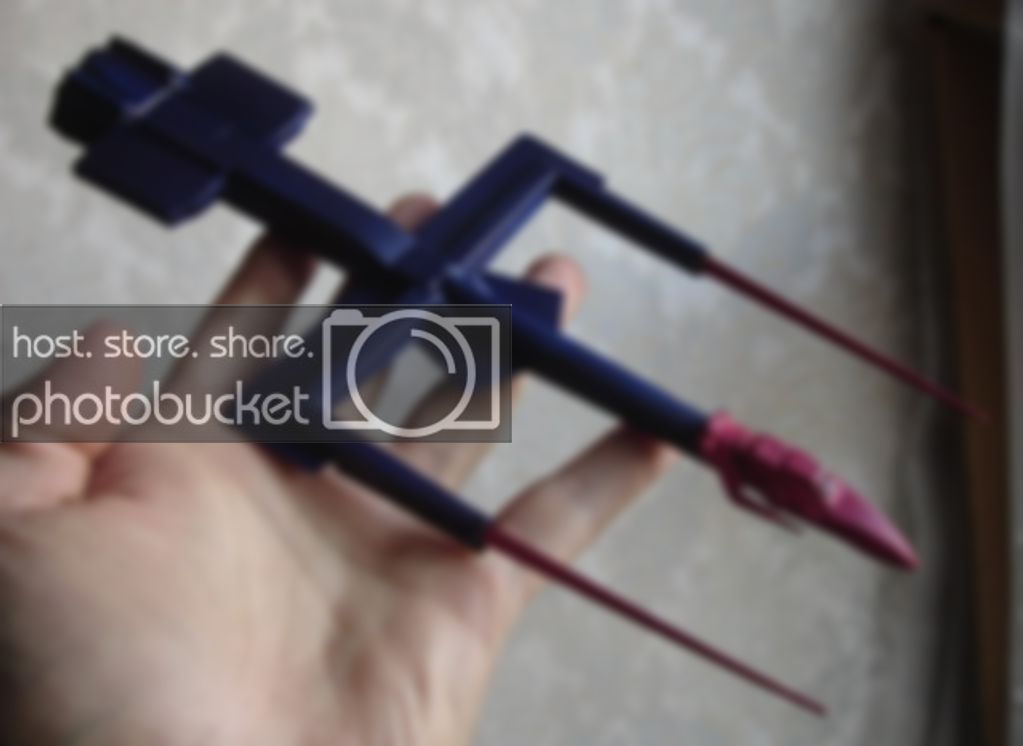 absolutely awesome, i loved the show as a kid. hearing the theme music brough back lots of great memories.

thanks for the blast from the past youli!

Feel free to comment and leave here your feelings and experience about that particular show. I really want to know how it was perceived all around the world.

In november, I was at Orleans city for JAPAN EXPO CENTRE and were busy building my Trident, in public

Now, I moved to the south, in the Pyrenean mountains, and even though it's cold out there, and that I don't have all the tools and stuff I need to install a real workbench, I resumed the building with what I've got in hand.
Inventivity. Solutions you find you wouldn't even think of with too many objects around you.

I, silly me, primed the all thing with a spray can from Prince August. A real mess ! I have to sand most of the surface to avoid a complete disaster.

Then I tried a Citadel paint, dark blue, to see how it looks. I think it's quite good. I've done the red part since then. With no more than what I've got here, I tried many combination with orange, yellow and red to obtain the flashy red I'd like to have. 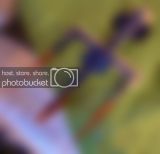 The engine have a very particular shape. Hexagonal but not quite... The higher part is wider. This engine was done and glued at Orleans but really didn't like to make the journey to the south of France with me. It was broken. I needed to re-build it, I provided more plastic parts to reinforced the all thing, even add details, with cable strips and stuff. Even the deflector I've made will be removed...

The rear part, next to the engine, was hollow. I didn't know how to proceed to fill this. The solution was next to me : a plastique protection for my traveller tooth brush. It was sacrified to the cause. It's not perfect but broken plastic spoons provided details this part was lacking.
Some Tamiya putty and Mastic plastic filled other gaps here and there...

The trident is not perfect. It twisted. But since I considered it as a "beta" version, le next one will be better, I hope

Some glue here, some sanding there, some putty... I finally satisfied with the general result. So I started painting blue all other to check if my feelings were right.

I completed the engine area with a red reflector.

The Red reflector from a car security device, founded broken, will have a second life as the interior of the engine. Cut it to the right dimension was not easy, but meanwhile the glueing process I had an idea : add some coffee spoon parts to add some details... It's U shape, it's perfect.

It's not completely finished but a new coat of blue give it a more recognizable look.
All I have to do is to find a way to give it the "antennaes" on the head, and find some jewelry to make the eye.

Engines edges painted black was a good idea.
And I'm happy with the result concerning the coffee spoons. Some drybrush later, to give it a burn metal look, I'll give it a silver look and some chestnut ink from citadel.

Next phase : the antennaes and some details...

Two weeks ago, I accompanied a friend to the dentist.
The tools he manipulate can be thrown away after he used them. It's plastic and metal. I politely (yes a french citizen can be polite, we don't be rude all the time ) asked to take this tools. As he broke them I will used the parts for my many projects. As a matter of fact I used two metal bits for the antennaes of the Trident.

I thought it could be cool in front but I finally decided to put them, and glue them one centimeter away.

There was still inscription on some detailed coffee spoons. Sand it would have been difficult, and time consuming. So I choose to add more details, cables, and stuff... That will be painted.

The antennaes are put in place, glued and then painted red. The fun fact is that it was a perfect fit in the rear of the head.

The mono eye is made from a plastic jewel, a chromed drop, glued on a black surface, it looks really good !

The red engine is not quite illuminated. I need some clear red to made it shiny but I don't have any at the moment. That will wait ? No I have a solution...

In birght daylight the gaps reveals themselves. Some Mastic Plastic from Prince August will fix that.

The paint sill reveal some brush action even after 3 coats. I will solve that with a good old varnish spraycan from Citadel.

A few blue paint to cover the whitemastic plastic, the varnish coat did improved the general look.

With the naked eye, you don't see anything but on this pictures you can still guess a brighter blue on the surface.

The engine will receive a nail polish with sparkles in it, courtesy of a girlfriend of mine... Then I'll go with the burn metal look on the edges.

Stay put since it's nearly done.

I love the detail you put into that engine...

My recepy : coffee spoons and red reflector.
Like the one I used on my Klingon Bird of Prey.

But somewhat different. It's from a "triangle" you know, for automobilists, the thing you put on the road to signal you're in trouble, stopped.

The Trident is now complete, parts, paint job, varnish... It's all done and I'm happy with the result.

You can actually SEE the effect with the nail polish in the engine. I really like the effect. It will be improved as soon as I'll have my clear red from Tamiya back from Paris.

The details underneath have received a wash and another coat of Citadel Varnish.

All in all, I'm satisfied, even though I'll go to build another one more "accurate" as soon as I can.

End of report.
Youli out

For those who don't know yet, a Soundtrack, a correct one, will be realised soon. I thought that might be cool to communicate about that

Look Before You Leap!

Good work! Never thought I'd see anyone make of model of anything from that long lost show! Cool to know someone else remembers Ulysses 31 as well!
You must log in or register to reply here.
Share:
Reddit Pinterest Tumblr WhatsApp Email Link