Okay, just for fun, I decided to throw together the new 2014 Corvette Stingray snap kit from Revell

Parts breakdown.
I was pleasantly surprised that the 'chrome' sprue wasn't the normal model-style chrome 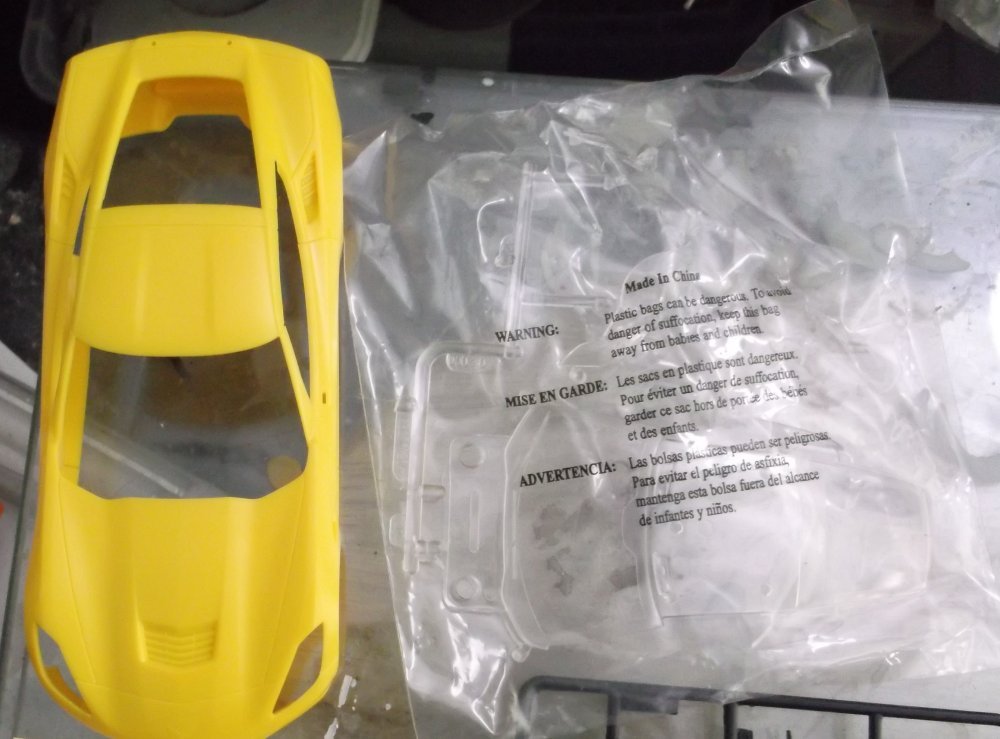 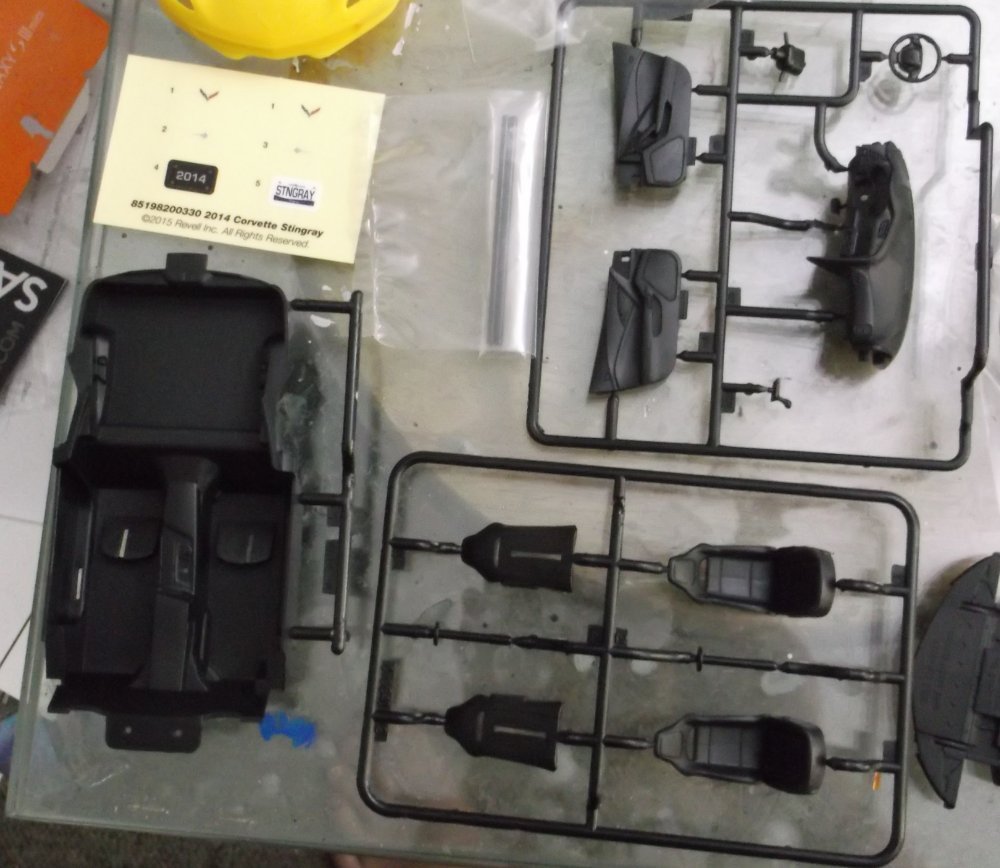 Went ahead and assembled the parts to the body so I could paint them as a whole.
To remove some of the toy-like feel to the kit, I primered both the inside and outside in flat black 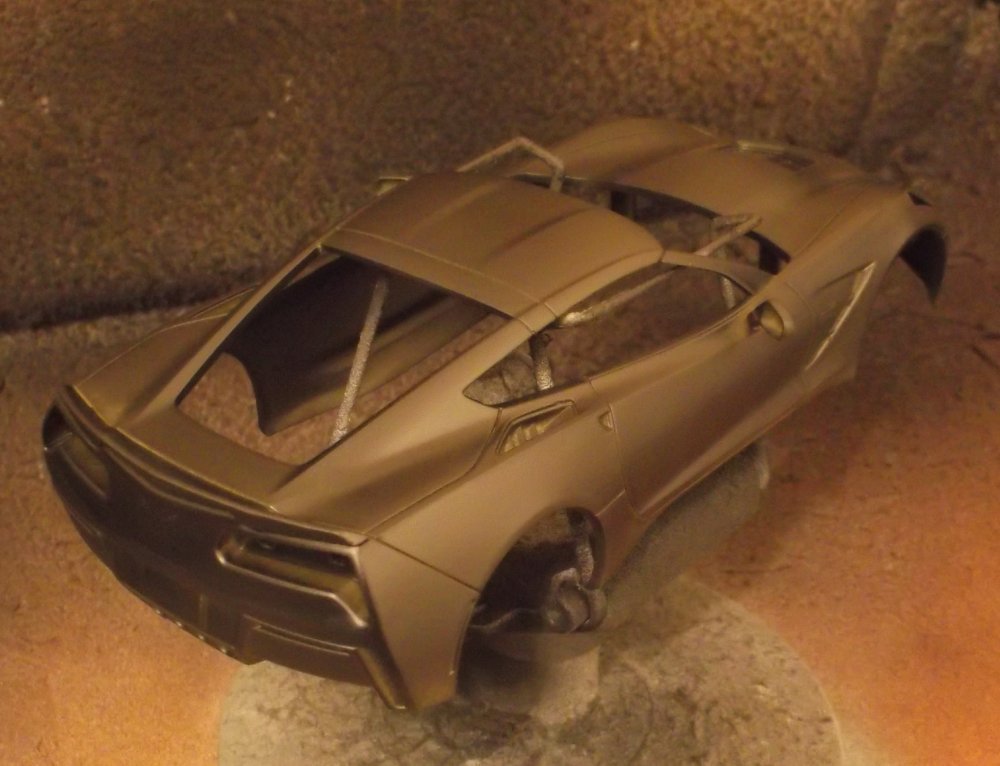 The interior was assembled mostly stock.
To add some detail, I added a small screen print of the GPS/stereo screen. I also drybrushed the instrument cluster in silver 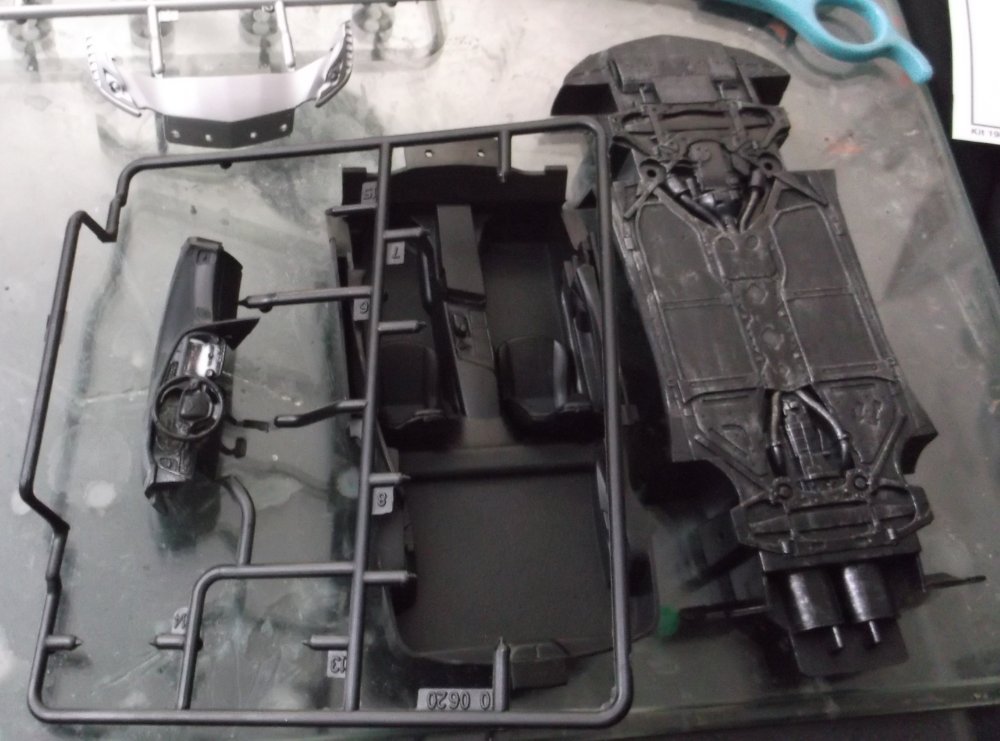 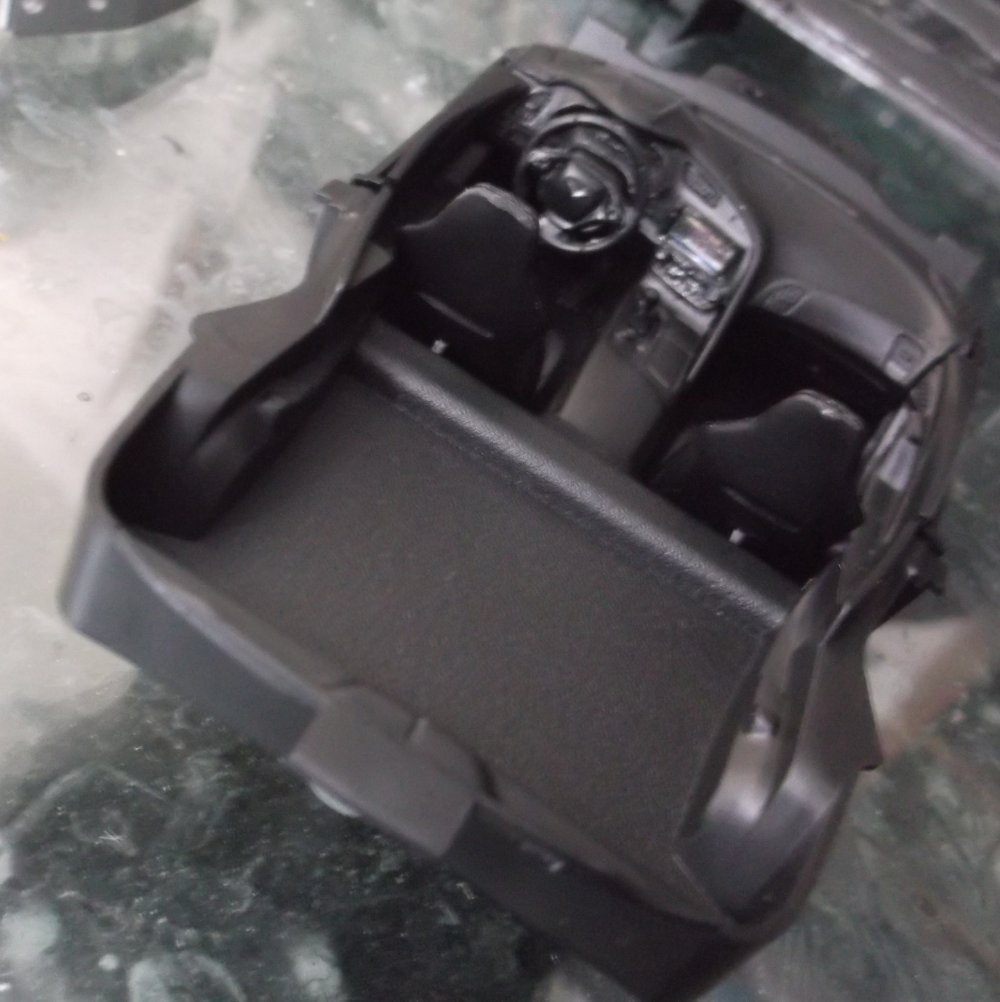 The body was given a base coat of gold, followed by a coat of clear gloss to aid in masking later 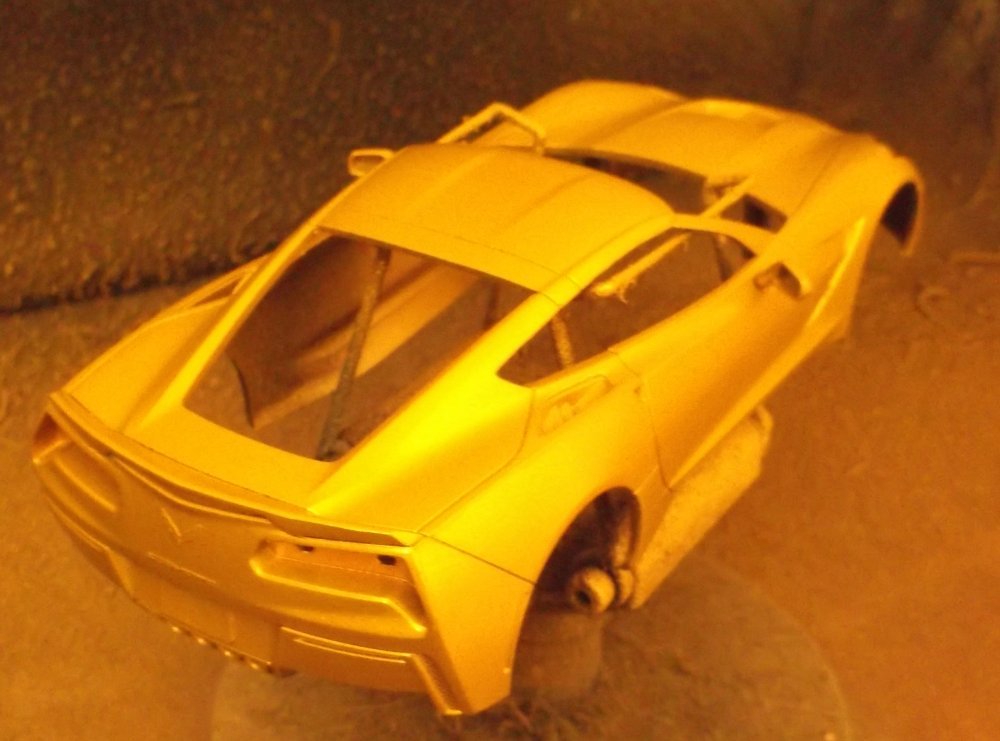 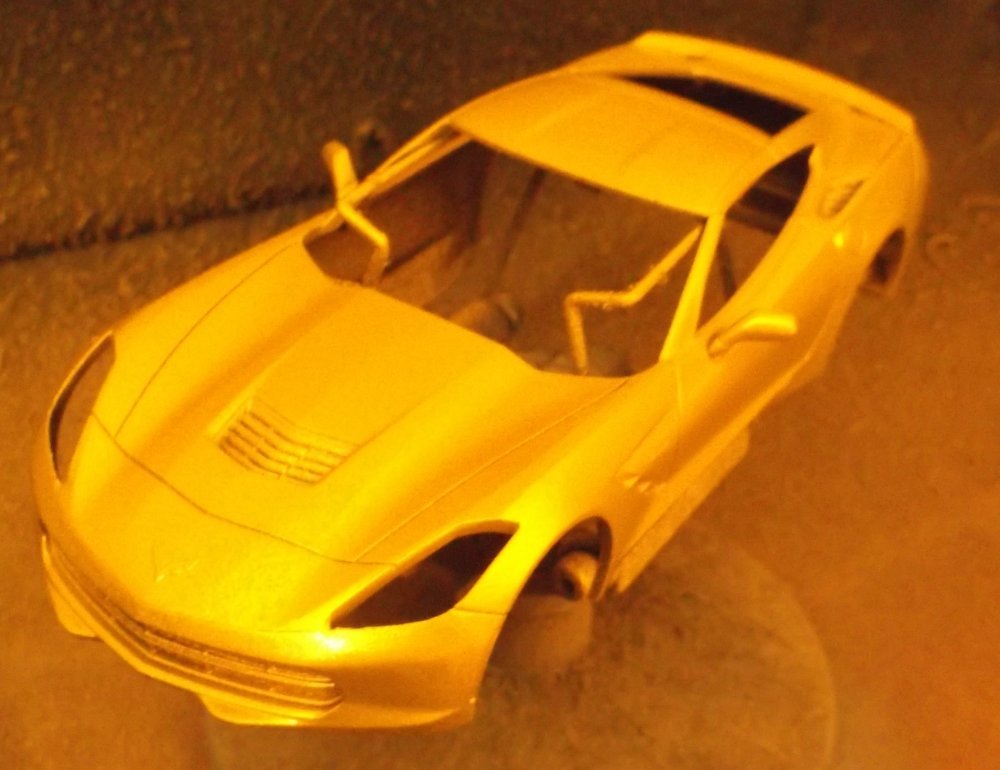 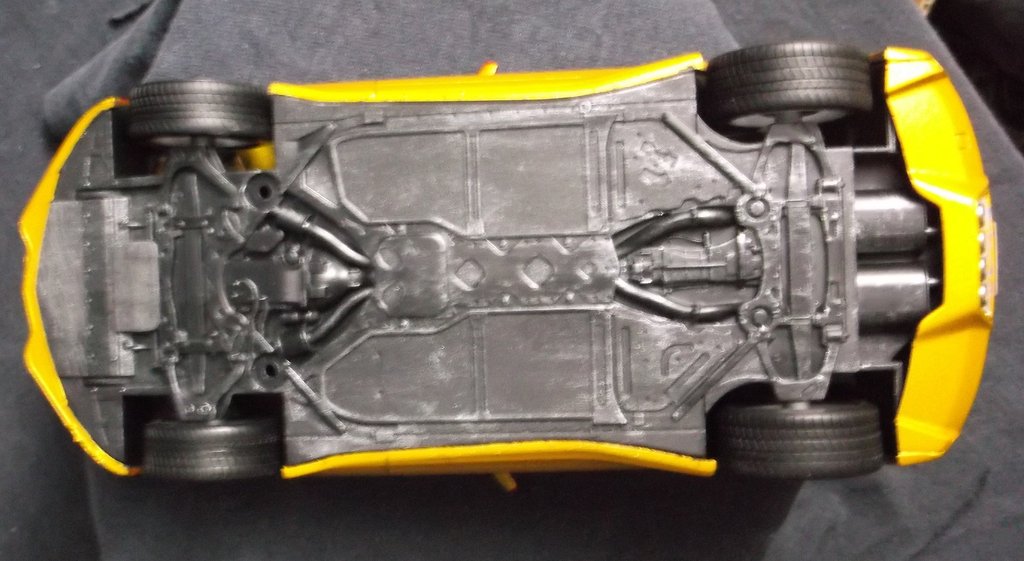 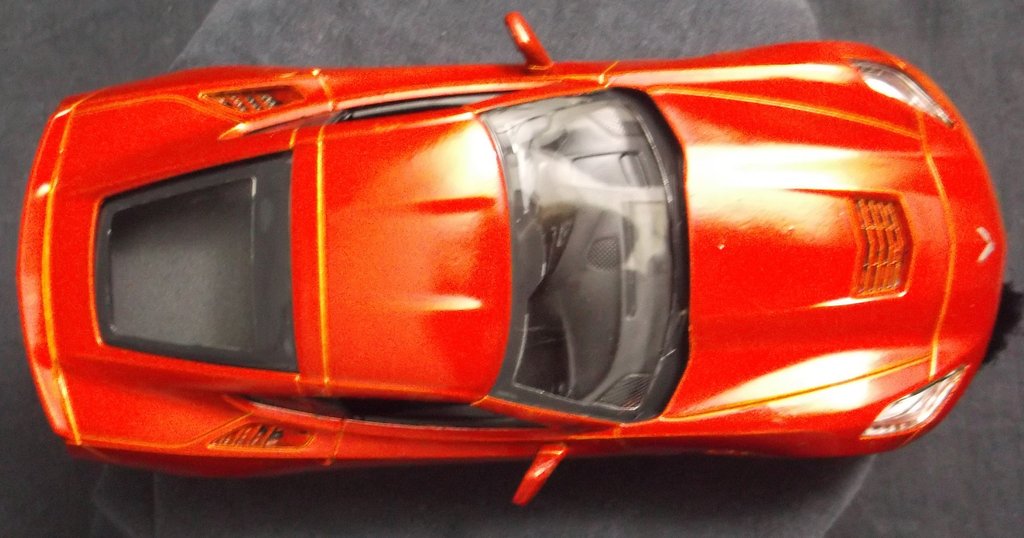 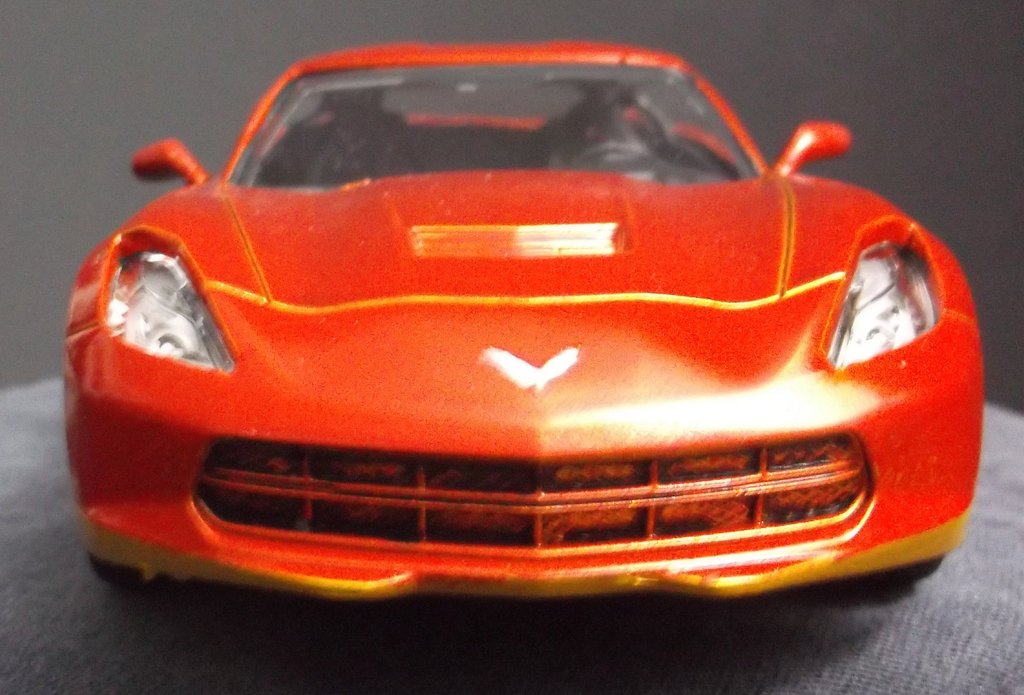 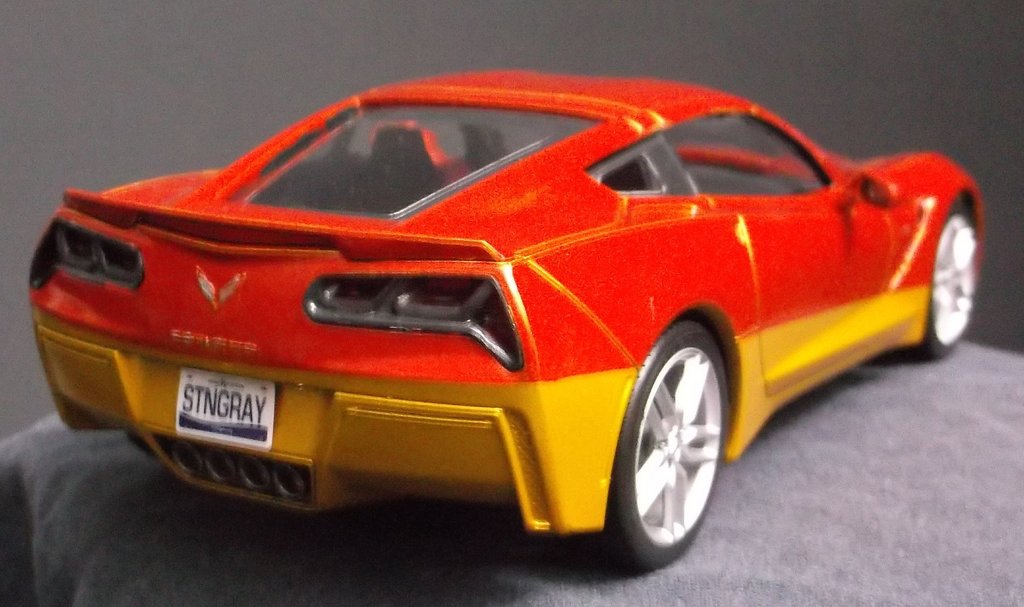 That looks really nice. Might have to look into doing a SnapTite kit in the future.

The next version just came out. Simple glue kit, but pre-painted body. 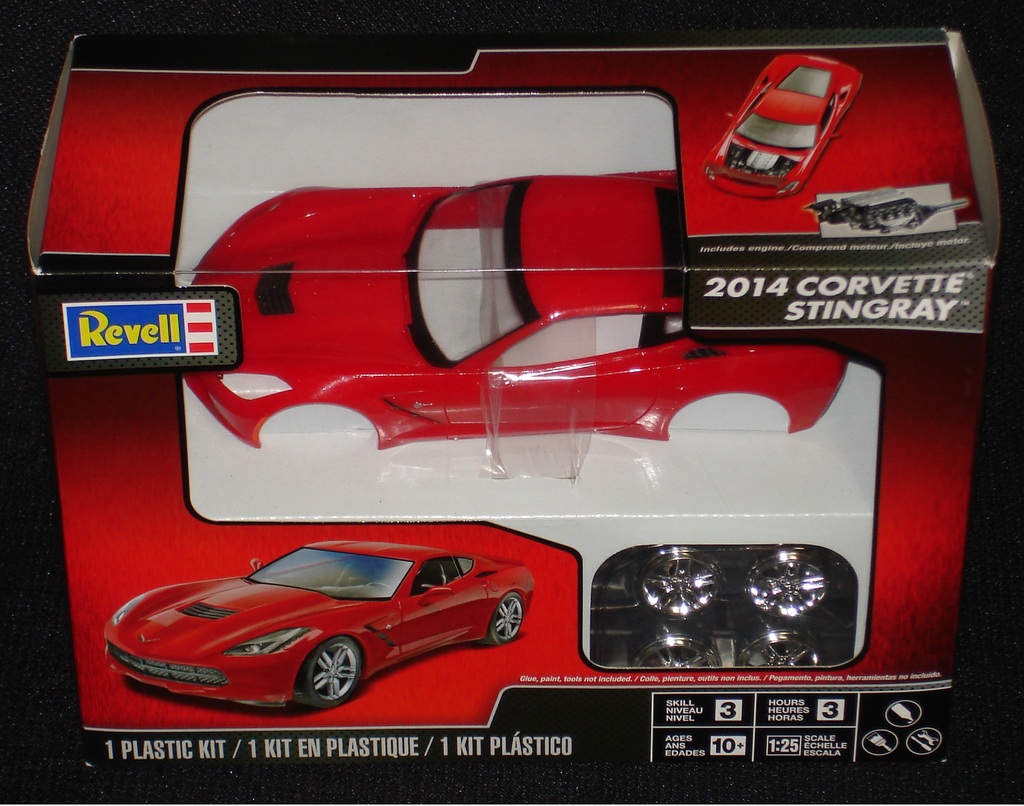 Thanks, guys
And Scott, I may look into getting that one. I'd likely repaint the body, though

I built the orange Challenger in the same series. No uber model kit, but decent enough. Little bit of detail painting and they clean up rather well.

sorry i thought this was a completely different Stingray

That does sound rather odd now, doesn't it? The "mario" is shortened "marionette."

I think I need to watch some of that. Never heard of it!

Thanks, CT.
It was one of those things that just kind of popped into my head

I usually only buy Snaptites to steal parts from, but I may have to actually build one now.

All depends on the kit, phoenix.
This one came out pretty nicely

I've had my eye on a Mack fire truck...but it being a snaptite has repelled me like mosquitos from citronella. It has serious potential for detail.
You must log in or register to reply here.
Share:
Reddit Pinterest Tumblr WhatsApp Email Link