Trying to remember where I left off posting my airplane builds here. I don't think I posted this build before the site went dark.

I did a side-by-side build of the old Monogram and the ICM P-51B kits, because I like the P-51B, and I was curious to see how both companies tackled engineering the same subject. I had picked up the ICM kit at Squadron, because it was a) ten bucks, and b) for the ten bucks, you got a boxing with an extra fret of USAAF figures. You couldn't beat that with a stick with nails in it, as we used to say.

I learned later that ICM's kit is a repop of Tamiya's kit. I don't know if it was produced under license, or if ICM copied the Tamiya kit. But I have the Tamiya kit, too, and I compared the sprues, and they are almost exactly the same. Except the fit on the ICM kit was poor. The cockpit floor piece didn't fit properly, and the instrument panel was too wide. Minor issues, but they were surprises none the less.

The Monogram kit was much easier to build, as we might expect for such an old kit. It's one of my favorites. For me, it goes together without much fuss, and more effort can be spent on choosing a subject to paint.

Anyway, here they are. First, the Monogram kit, which I finished as Major Howard's "Ding Hao!": 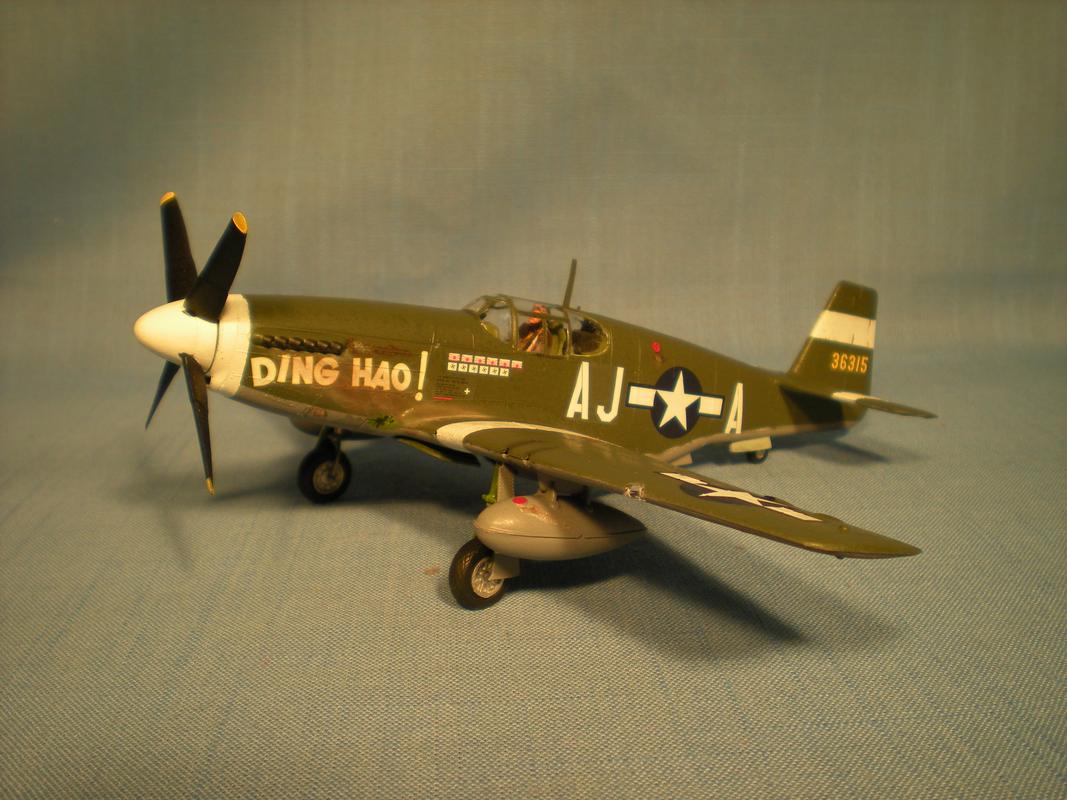 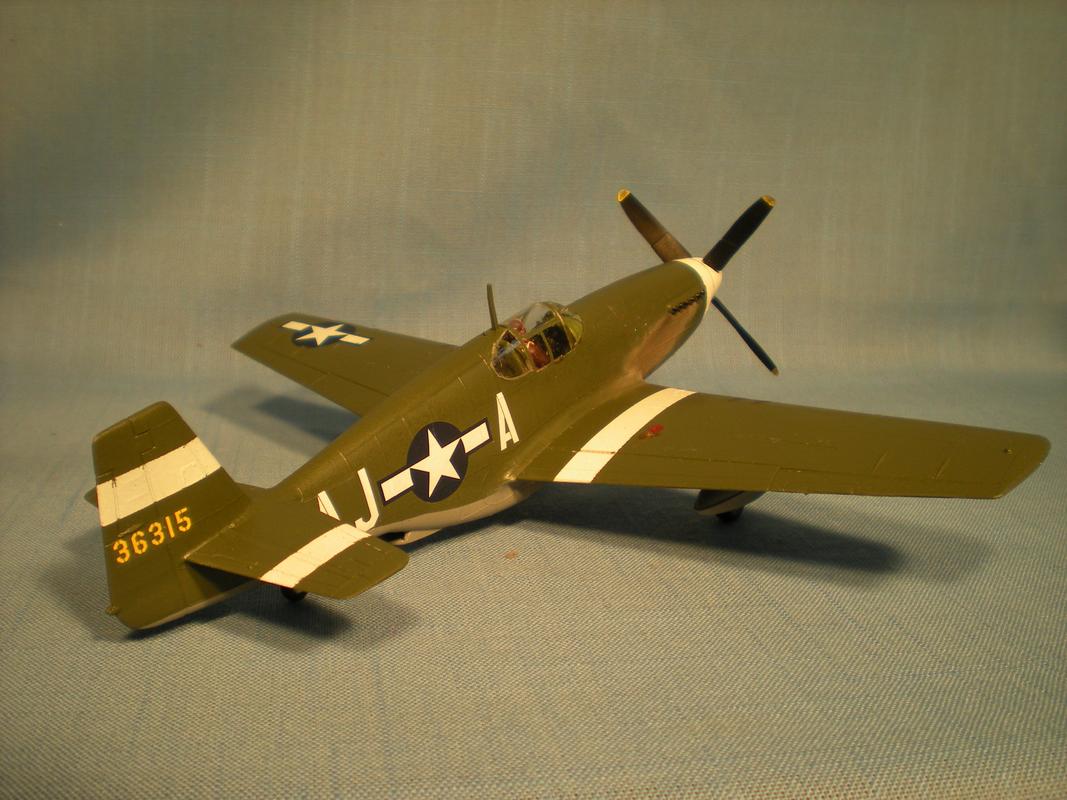 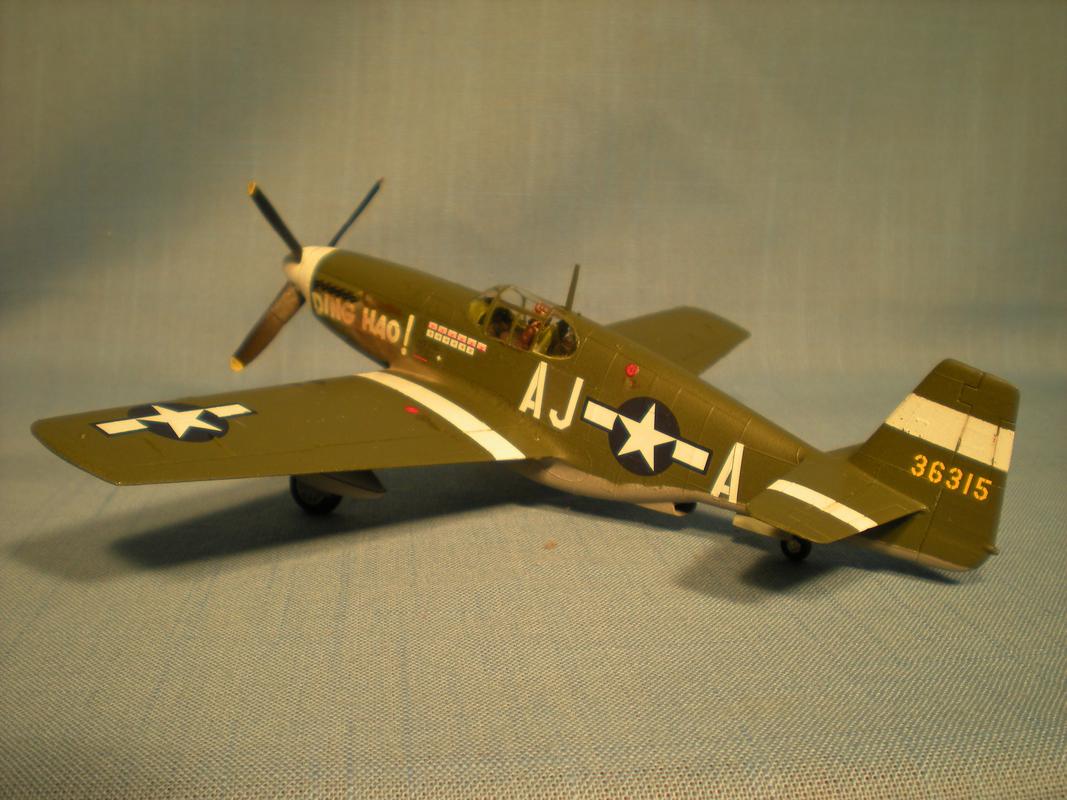 and then, the ICM kit, finished as Major John Herbst's "Tommy's Dad", in the CBI theater: 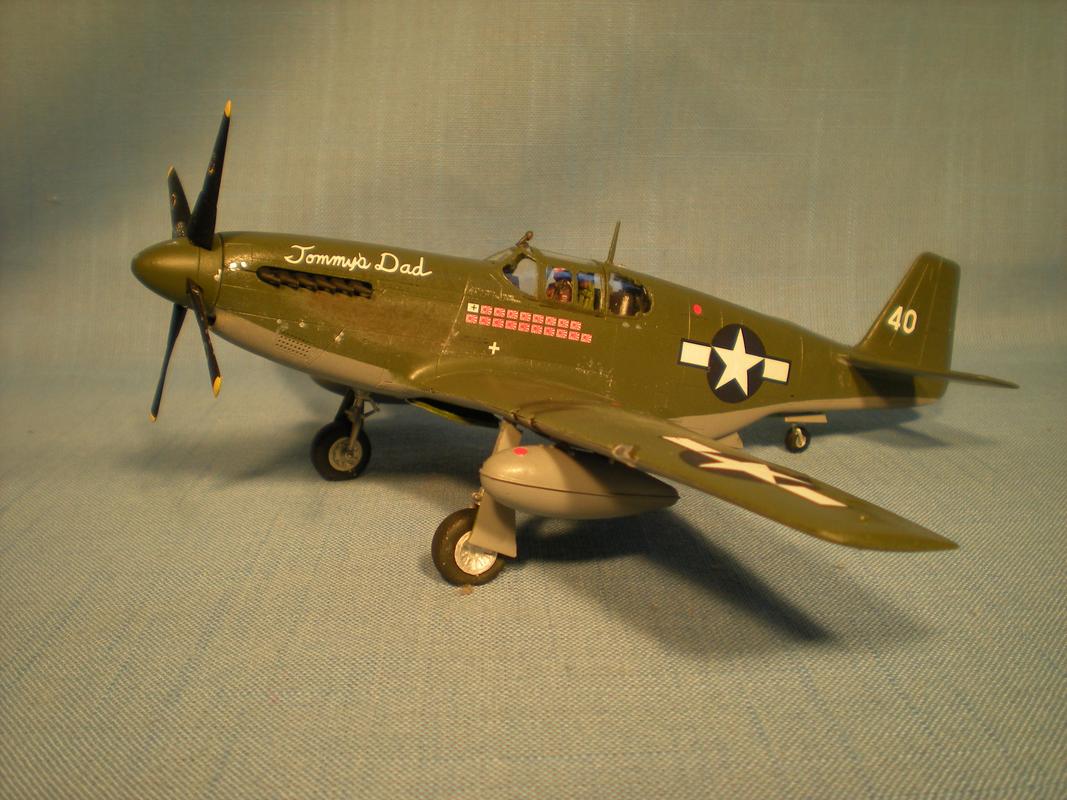 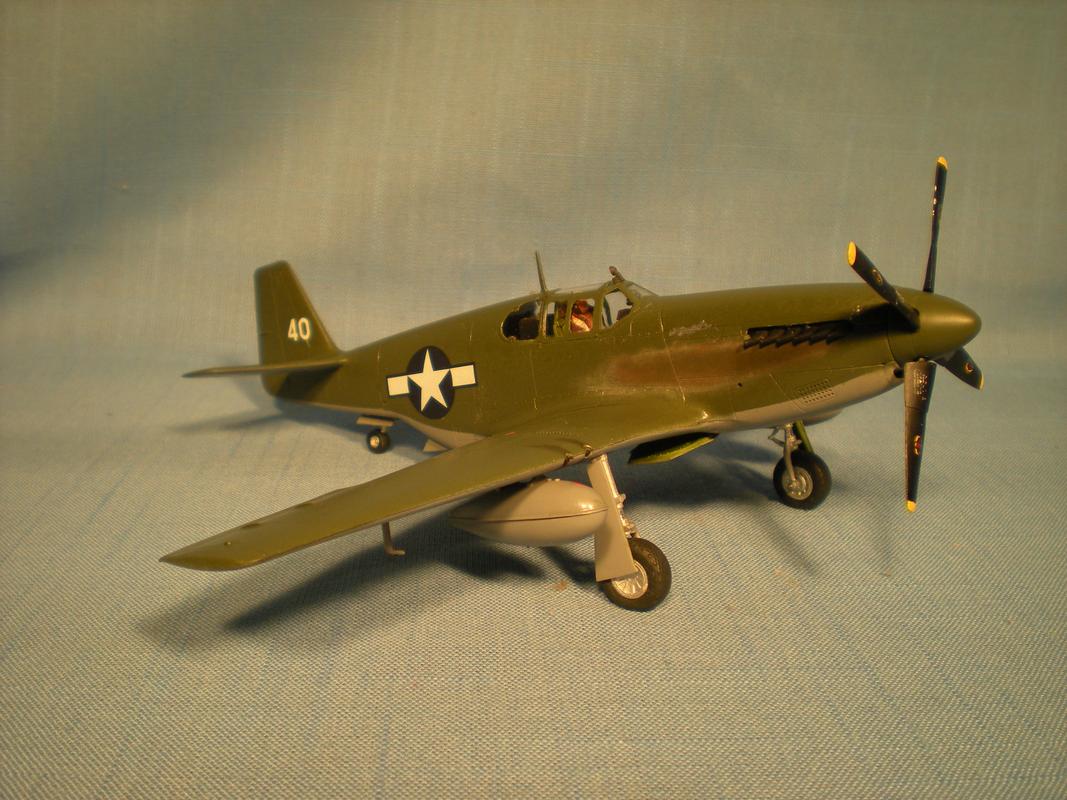 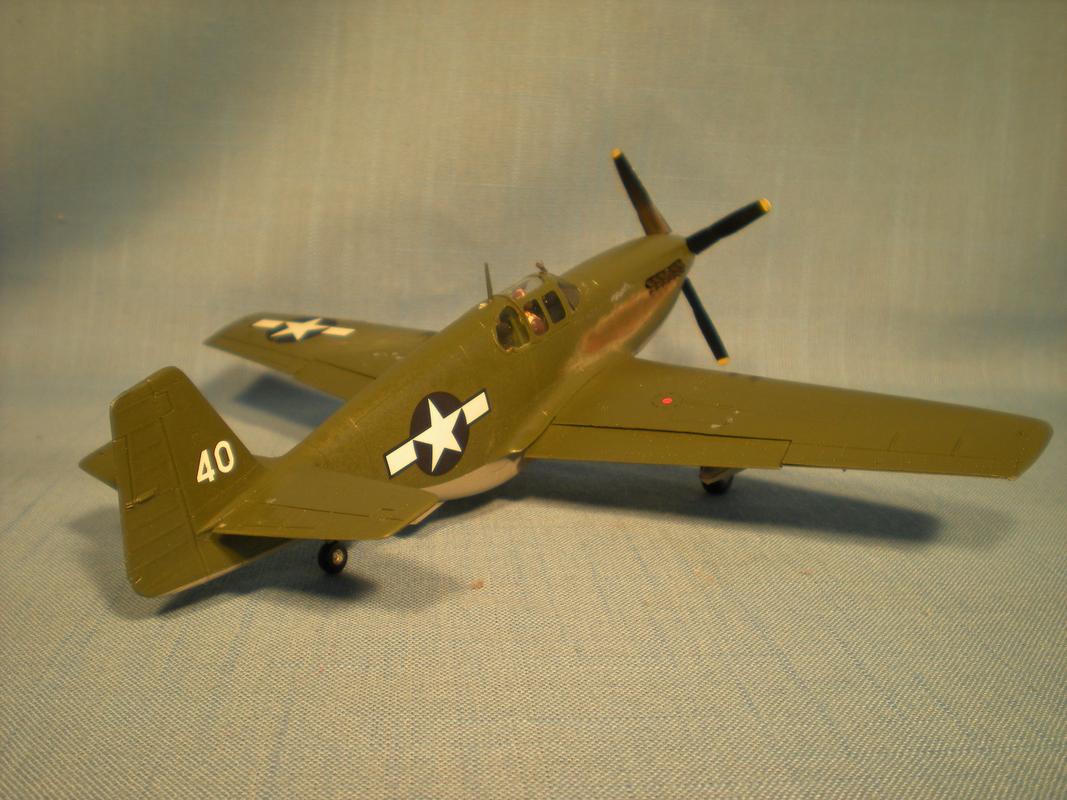 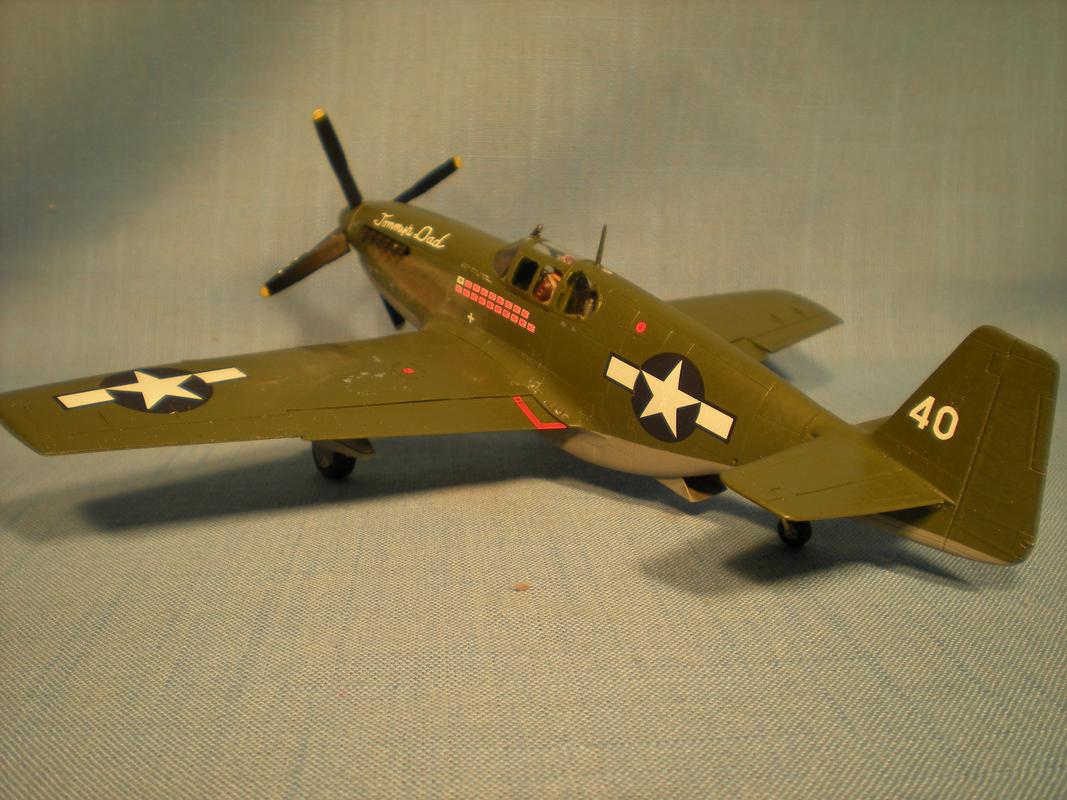 The decals were relatively fragile on the ICM kit, too. Some of the stencils, and the script, "Tommy's Dad", tended to curl as they lifted from the backing paper. A nuisance, nothing more.

Not overly weathered, either. Exhaust staining and blast stains done with chalk pastels, some oil and other fluids, and some light chipping.

I'm not a rivet counter, so others may pooh-pooh these kits. But they look like Mustangs to me, and they were fun enough to build.