Iâ€™m going to be away from my shop for the next week, so I wanted to get my engine finished and detailed. Iâ€™ve never tried to do this at this level of complexity and I think I did a good job.

The wiring is Memory Thread from Michaelâ€™s, the big craft store here in the US. Itâ€™s copper wire with cotton thread wrapped around it. I CAâ€™d it in place and brushed it with Future to get it to hold itâ€™s shape. The stray looking wire running out the front of the distributor goes to a control box I scratch built and couldnâ€™t fit on the front plate of the engine. It has to mount on the chassis, which is OK. I used the same material in different colors for the oil lines. Itâ€™s not quite to scale but the braided line I got from the aftermarket was too small. Live and learn. The transmission wrap is something that has been developed to replace steel scatter shields in modern race cars. In the 1:1 world itâ€™s Kevlar and in my 1:25 world itâ€™s Duct tape. The safety straps are made from tape painted yellow. The thing is called a transmission blanket, or â€œdiaperâ€. Take your pick.

I have belts for the pulleys and PE faces, but that will have to wait. 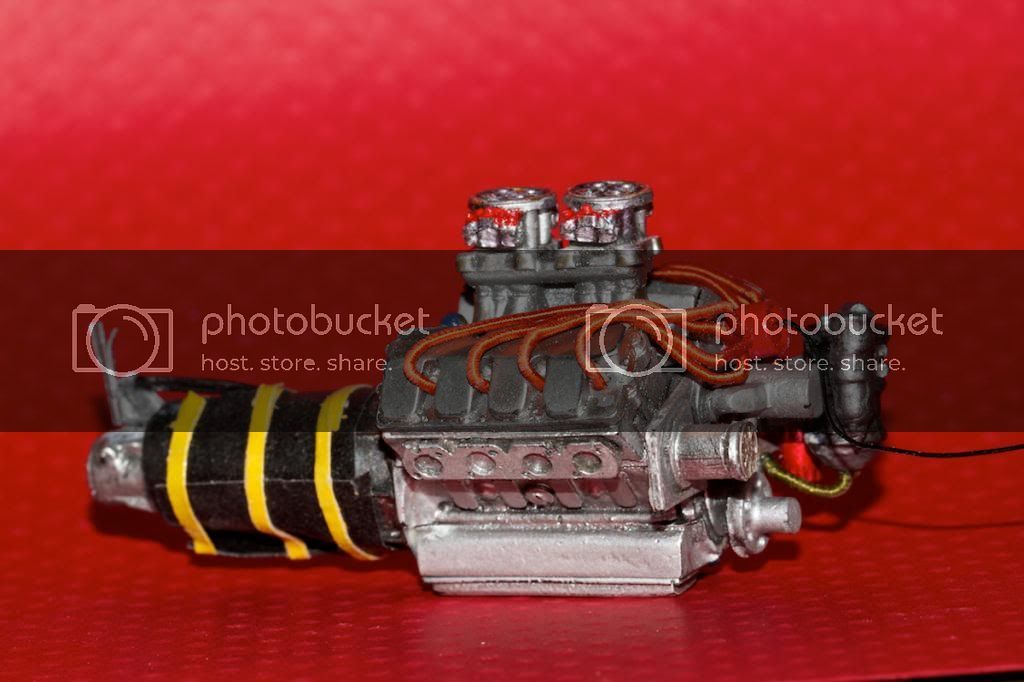 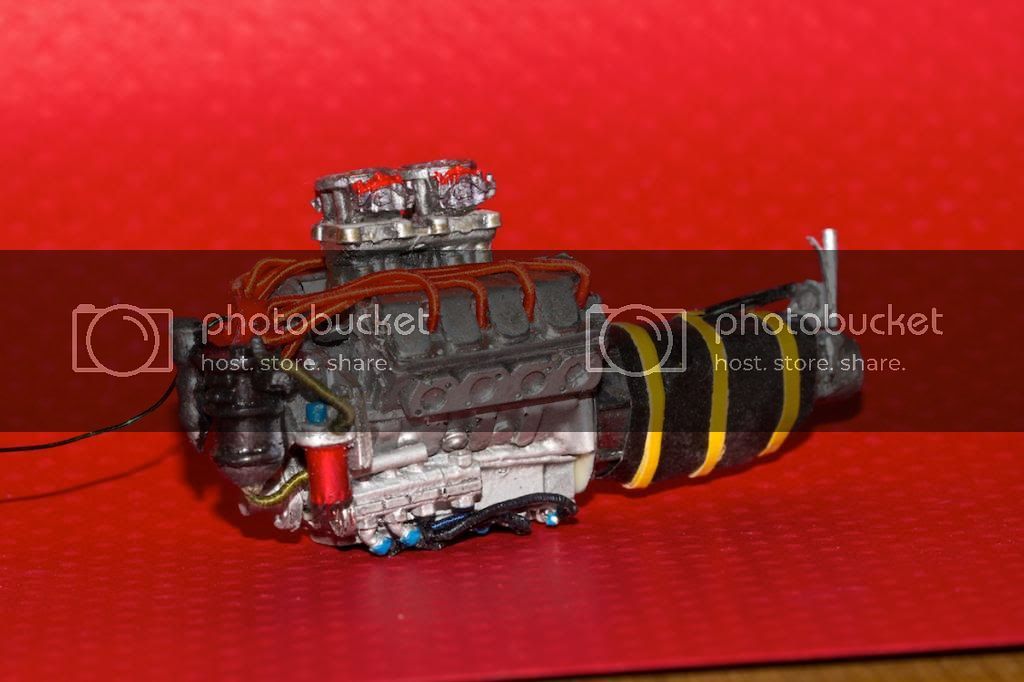 I scrapped the idea of trying to replicate any kind of passenger car interior in what I was building as a trailer carried race car and scratch built the interior with a minimalist feel. The primer I used here was Mr. Surfacer 1200 cut 50/50 with lacquer thinner and shot through my old air brush. It worked great but I couldnâ€™t bring myself to subject a new Iwata Evolution to that kind of stress. It leaves a nice sandable finish. 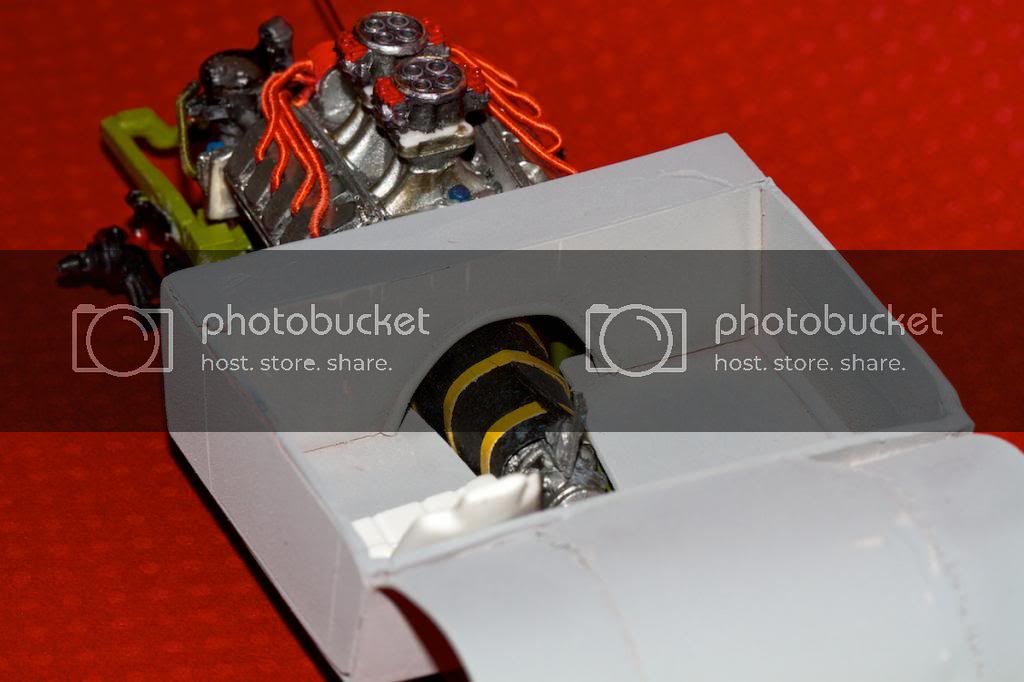 After my break, it's get down time with the body work. I found a replacement kit on-line and snapped it up just in case I mess something up. So far I've been able to "un-do" all of that. Never say never. Safety first. Hide the Dremel and so on.

See you soon and enjoy your building.

Nice work on that engine!

Iâ€™ve been away from the computer but have been working to finish up my kit and itâ€™s about ready for that place where models go to live or die - the paint shop - so hereâ€™s where I am.

The size of the motor seemed to dominate the build as things started to come together. I built a reinforcing superstructure for the front end and had to do it over several times to get every thing to fit together in this tiny car. Headers were a challenge and I tried scratch building them with a heat gun but gave up and found a good set in a sportsman class Chevy kit on the shelf at the LHS. With the roll cage set in place, itâ€™s hard to tell but the transmission cover is honeycomb PE and the gauges are, too. One of the fit issues came from the radiator and I had to relocate it several times. Once I got it to co-operate with the engine I would drop on the hood and it would say â€œNopeâ€¦â€ and out would come the nippers. If you look close, itâ€™s a bit messy in there. The black panels under the drivers compartment are air dams.

The body got a Pro Stock resin hood scoop and rear wing with some scratch built wind guides. Itâ€™s all ready for primer today. I have a paint scheme in mind that I havenâ€™t done before, so Iâ€™ve been trying it out on a Mustang body and I think it will turn out pretty good. Time will tell.

See you all soon. 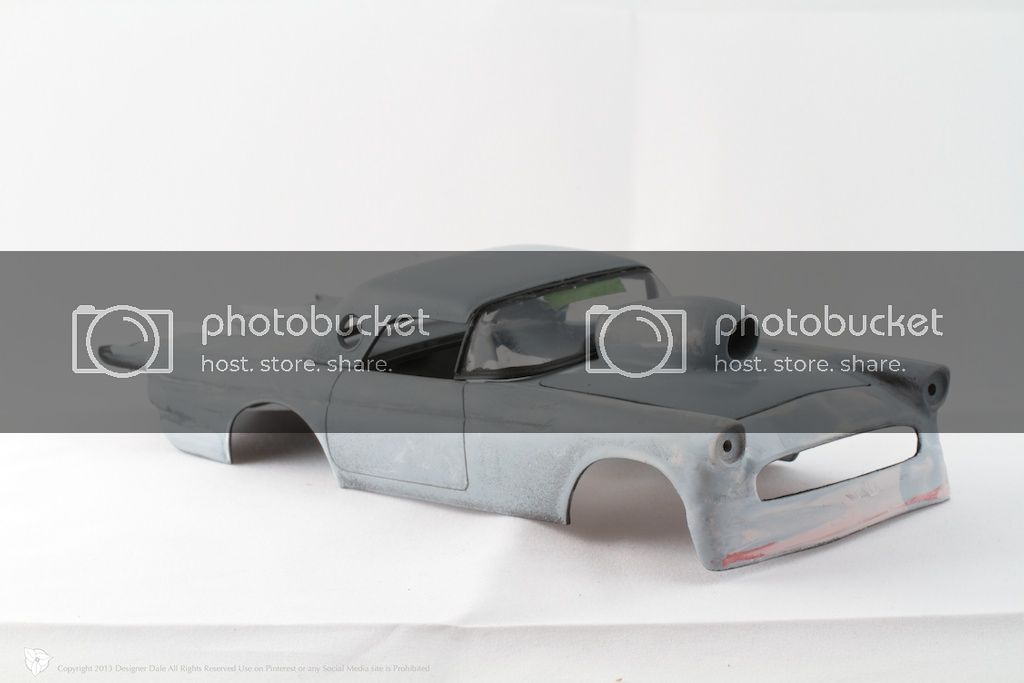 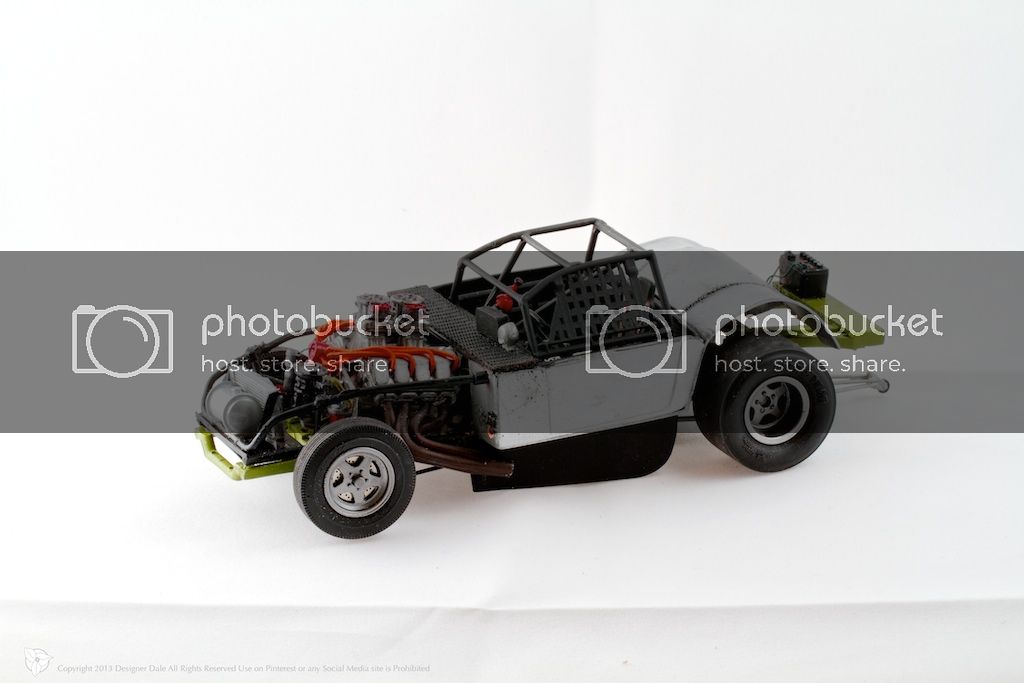 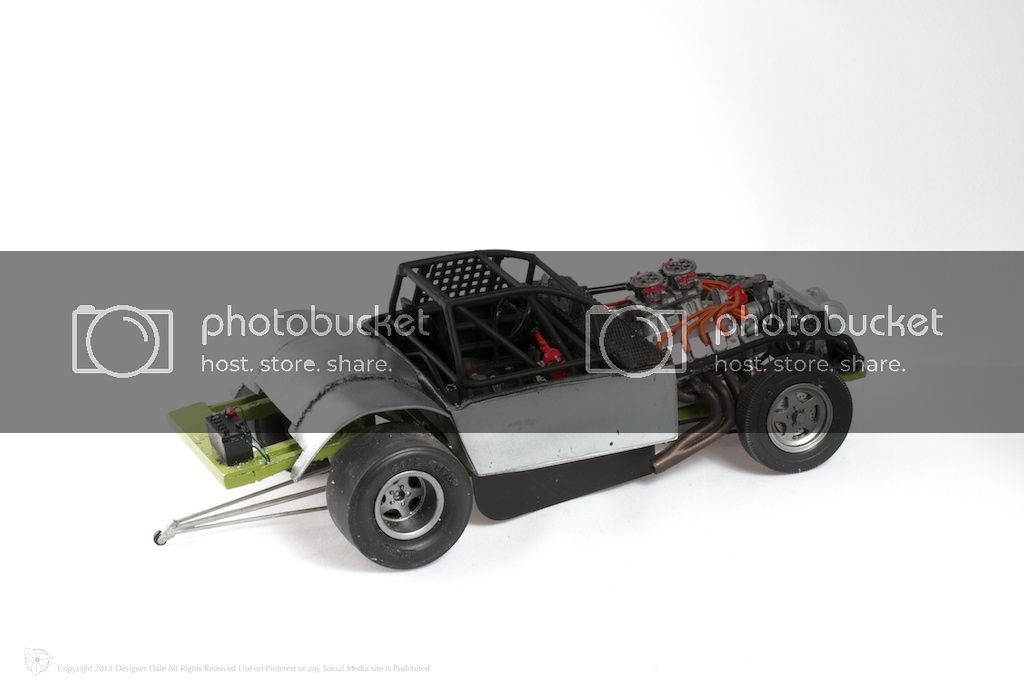 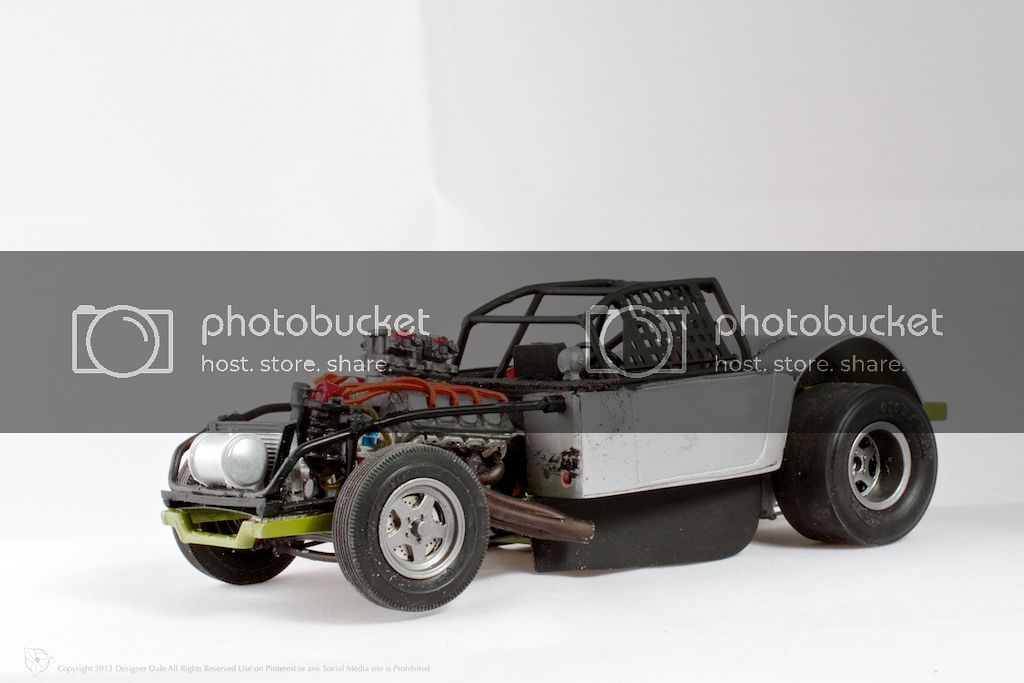 Thank you for your time,

Yes! Especially the last photo. I expect it to kick over and spit nitro fumes or something.

Done. Waiting for the final bell to upload the rest. Enjoy my teaser... ;D

Now that's what I call a GASSER! Awesome job my friend!

This is a backup of my final entry pics to make sure the links work. Enjoy.

Looks pretty good.
Could be some stiff competition in that category this year