I've been looking for this model for a while and finally got it. The fittings were 'ok', but the worst part was the grill which did not fit together very well. I've seen the real vehicle and they do have a reasonable amount of space between the front cab and the grill but not that much. Although I have seen pic with the space slightly large, it was still hard to get it to fit snug against the cab front. That pisst me off. :evil: If I have flushmounted the grill it would have shorten the area where the Volvo insignia was suppose to go. So I mounted the grill as is, and glued two pieces of strips; to play the part as extra add-on accessories, just to hide the non-flush mounted grill against the cab. ;I usually dismantle a model if I am not 100% satified with it, as I have done in the past; but since this was a hard-to-find kit, I decided to live with the imperfetion this particular kit had.

Another grip is the dashboard on the driver side. Have to ask. In the instructions it is stated to be so but there is a gap between the side of the dashboard and the door( you can see the gap I am referring to in the WIP interior photos). So you do see the inside of the outter cab. Is it really so on the real F16 models? Again, it just bothers me and again, it is something I have to live with but although I am not too confortable about it. The decals for the dashboard was also bad. I had to use dry transfer that I had bought eons ago for my 1/35 scale military modeling to use instead. To my surprise it worked out pretty well.

Another issue was with the windshield. It was near impossible to get it to fit the cab frame. The frame was actually wrapped. Just my luck. In short, it was smaller than the cab frame. So I came up with the idea to add tape on the passenger side to give the effect that it needed some maintainence.

Anyway, the build went together nicely dispite these two issues. I had to replace the fuel tank due to a mishap with the original. That is why it is shorter. We'll just assume there was a slight accident and the crew had it replaced with another tank until a new one could be delivered. I wanted to add a reasonable of details on this model and that's why you see many addictional parts. I used a lot of parts from my misc. box for various areas. Added another storage box on the passager side as well. I scratch built the upward ram( do not know what it is called) to the fifth wheel. I always though these look better. I decided to also do a well detailed interior( hard to take pics of the finished interior while mounted). I should have taken it before mounting it( stupid me) Anyways, I took a cuple of it before mounting it but only in the WIP phase. I scratch built things like the seat arm rest, seat adjustments control on the driver side.

I do hope you like the final build dispite these few issues. 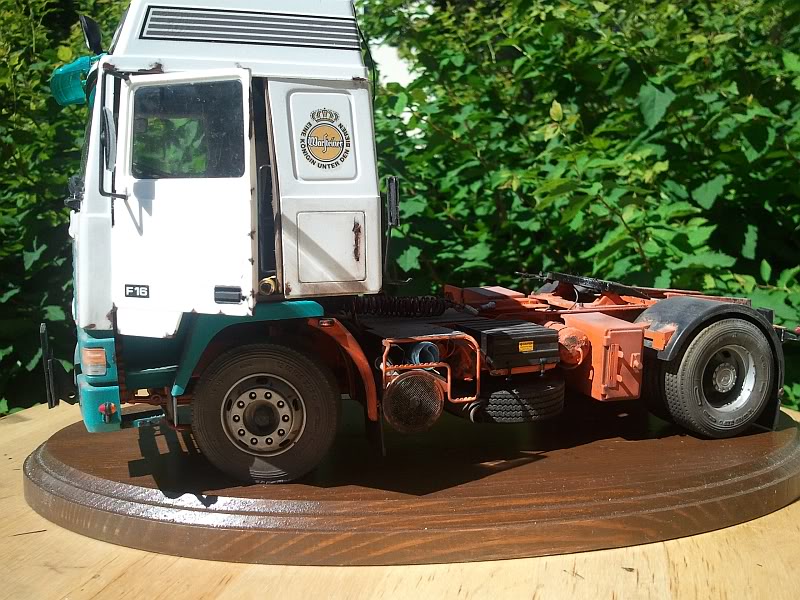 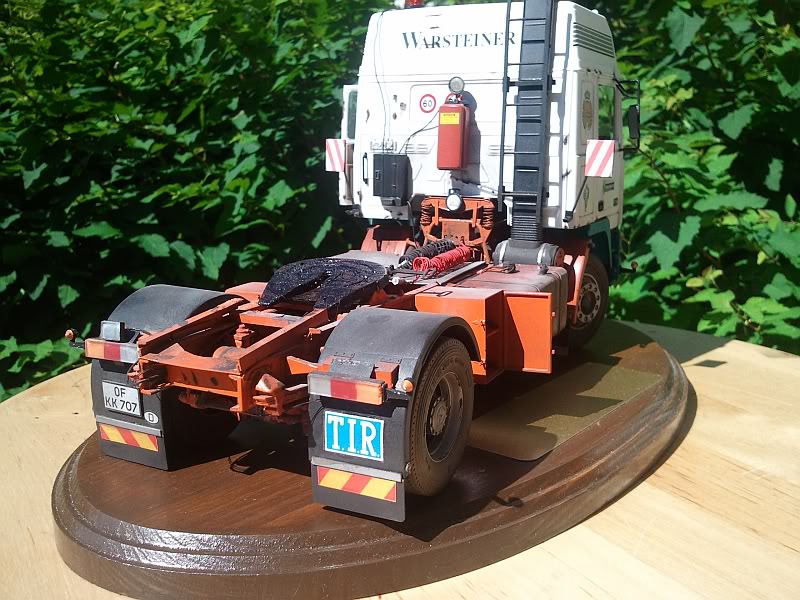 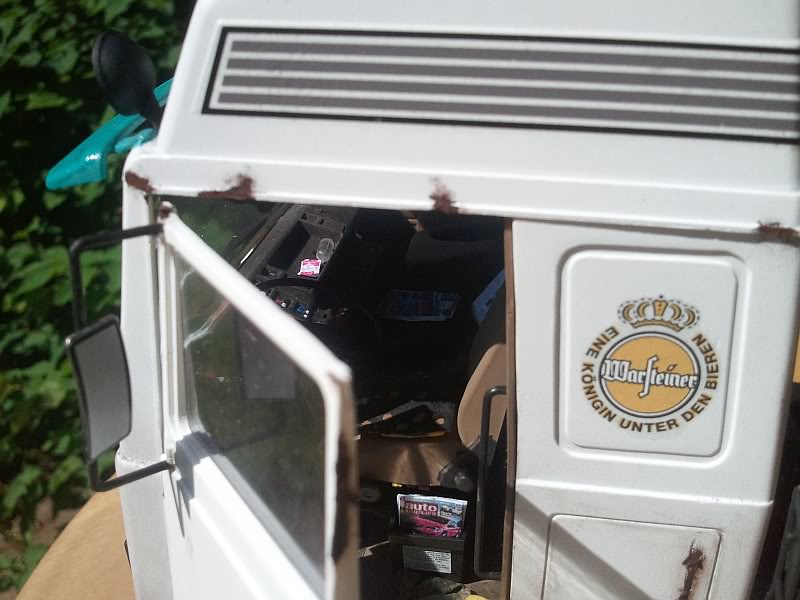 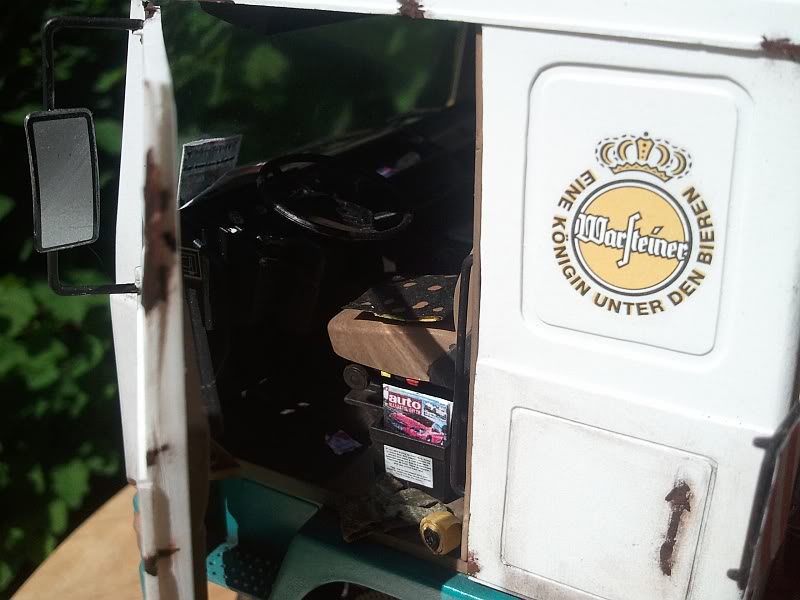 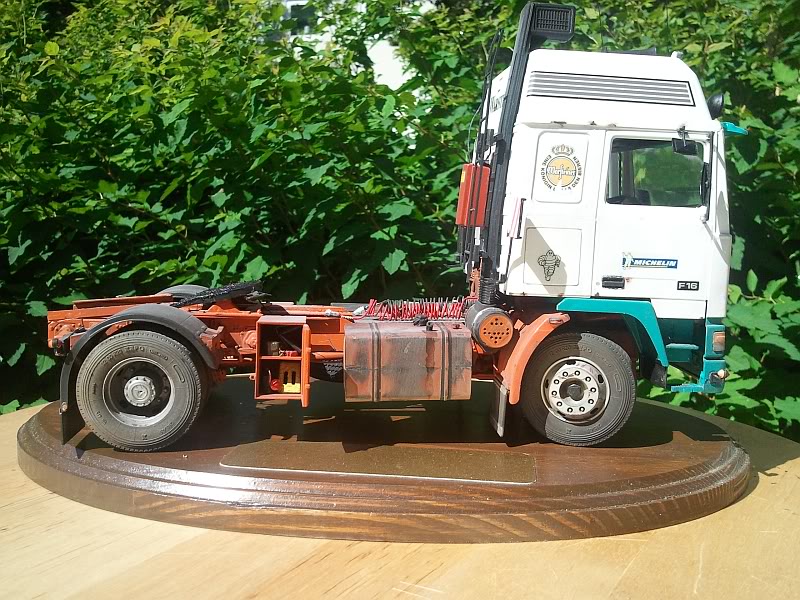 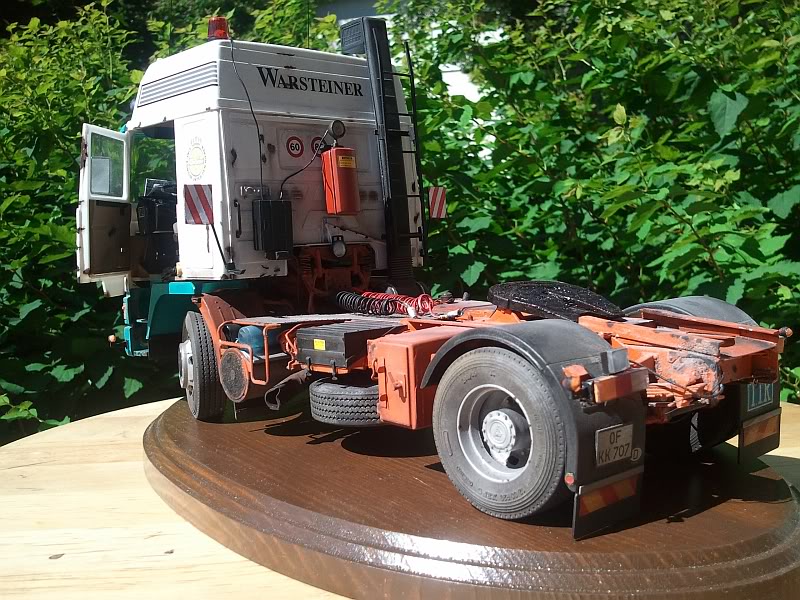 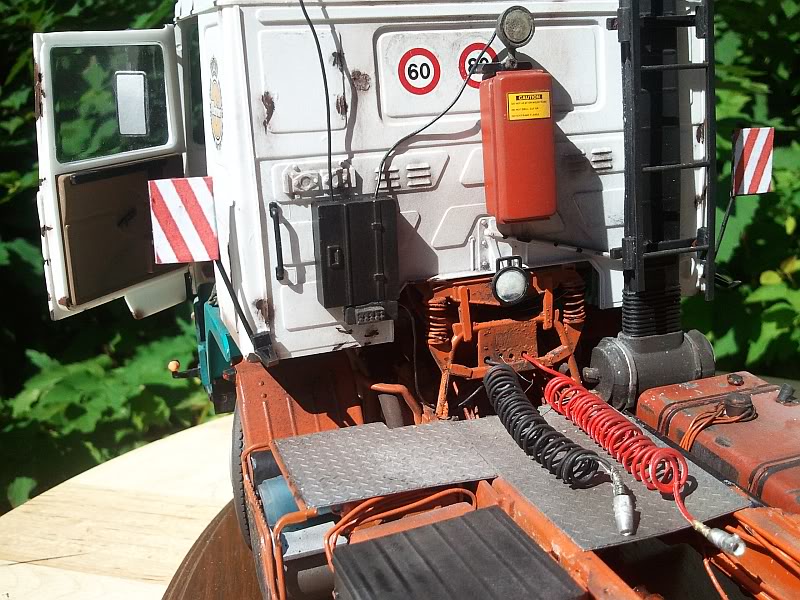 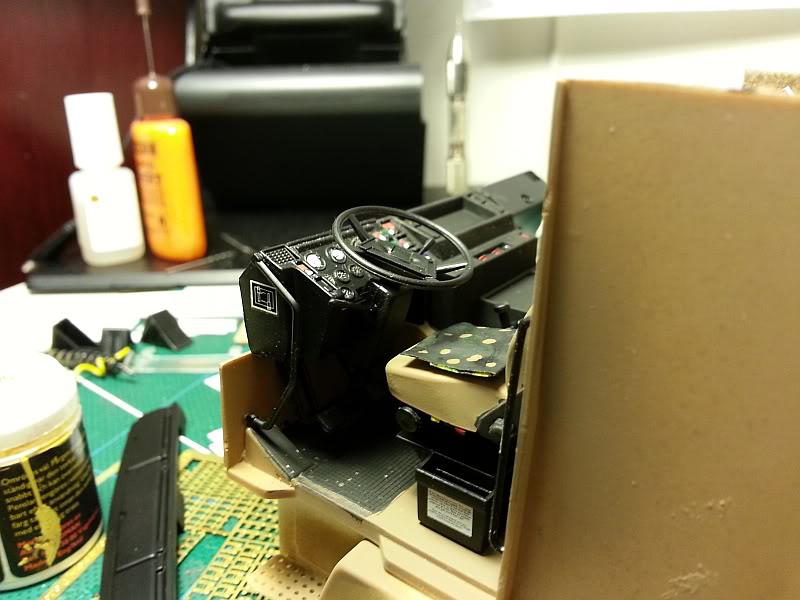 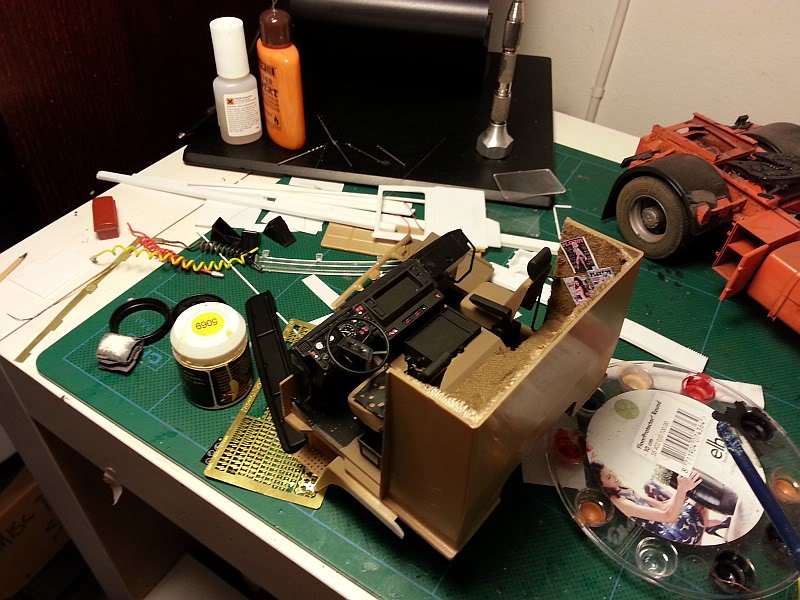 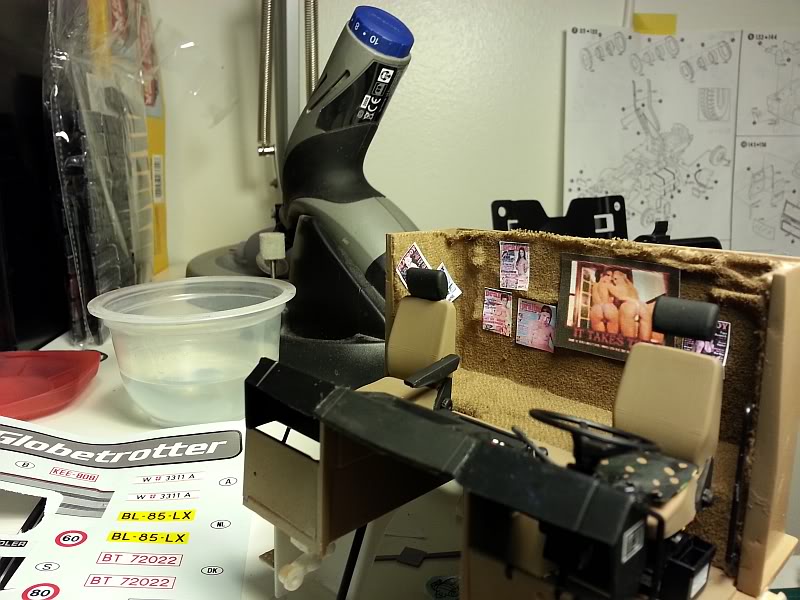 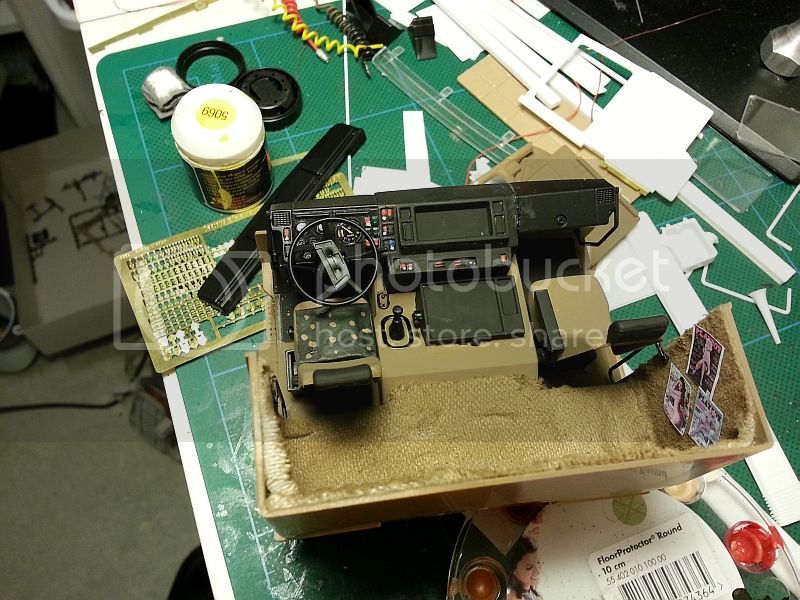