nice idea about the design!

You are almost there with a sharp progress. Cant wait to see the paint.

Thanks, guys.
Hoping to get her into primer today

That PE turned out great, looking awsome,,looking forward to the next stages.

This is a good build.

Thanks muchly, guys.
Got the primer on, just trying to find time to get some actual paint going on her

Love the design mate, can't wait to see it with the primer on!

Got a coat of Krylon grey primer on her after masking the canopy and placing it to protect the cockpit.
Then, like I did with my Raider build, I painted some of the wing panels black.
I also painted in the guns and engines with Vallejo dark grey primer. 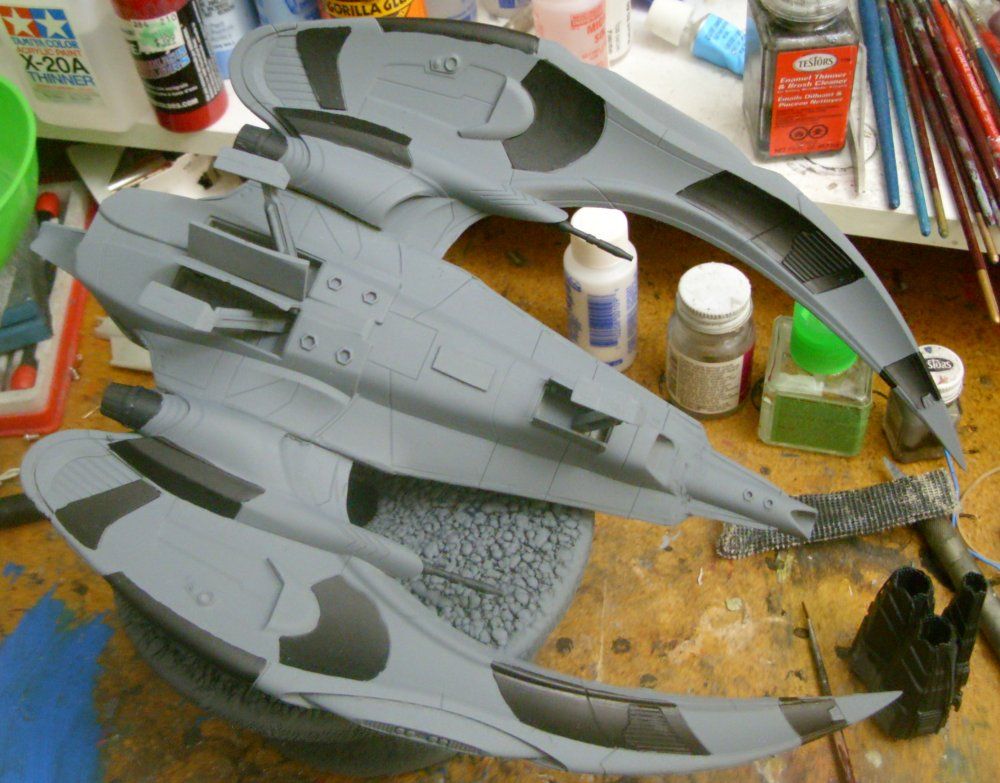 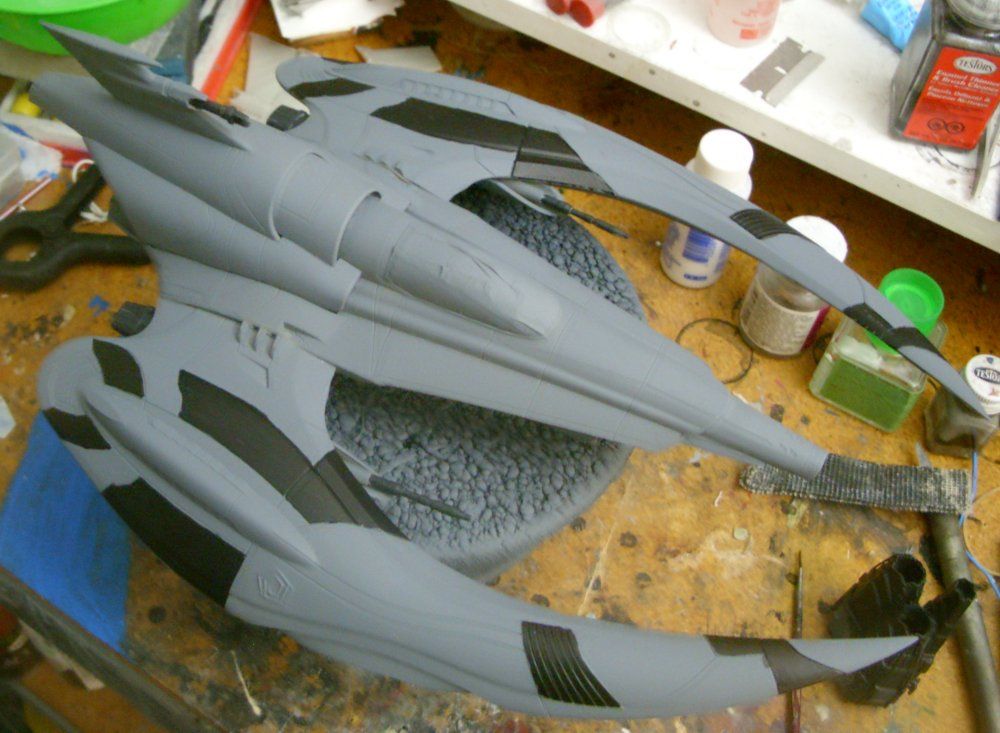 For the base color, I used Testors Graphite Dust Laquer. 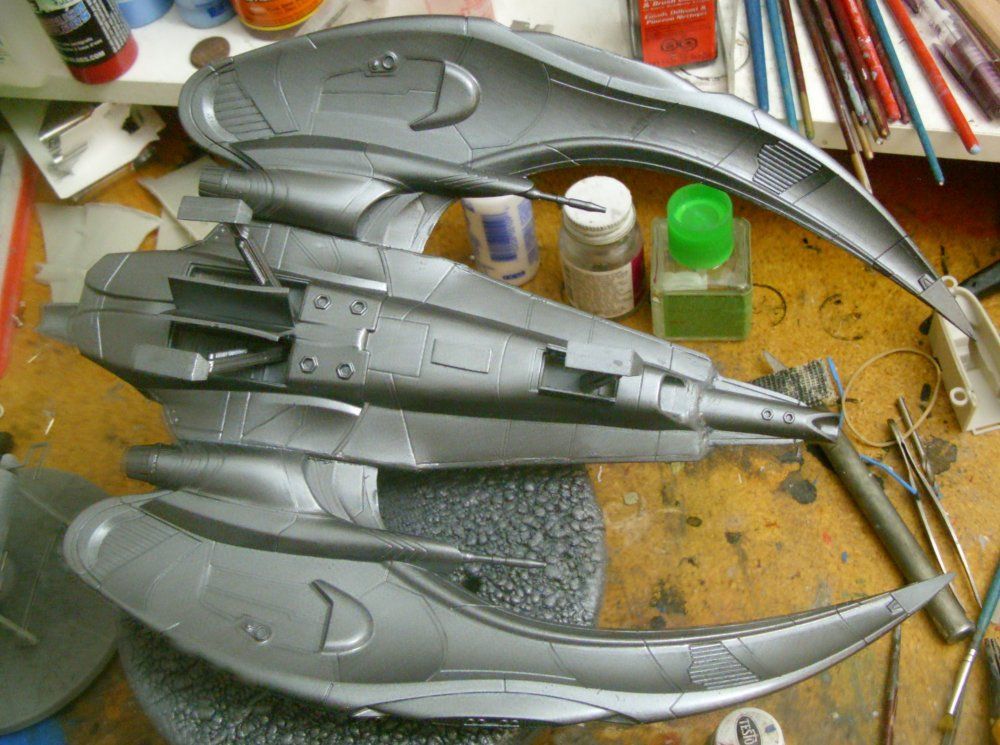 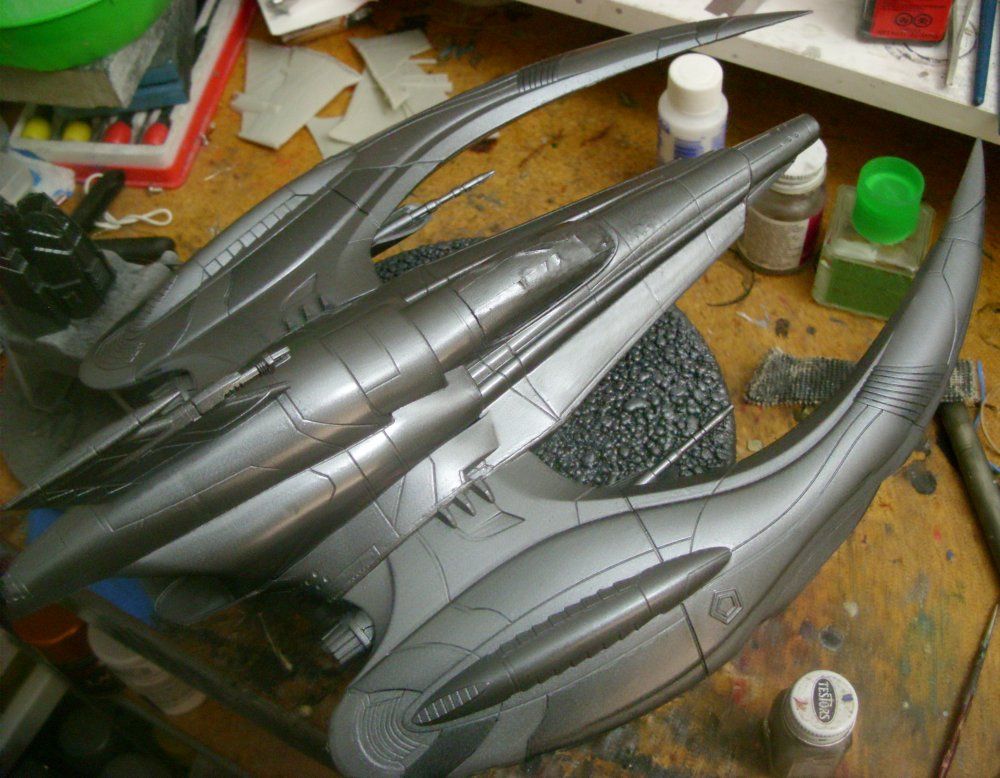 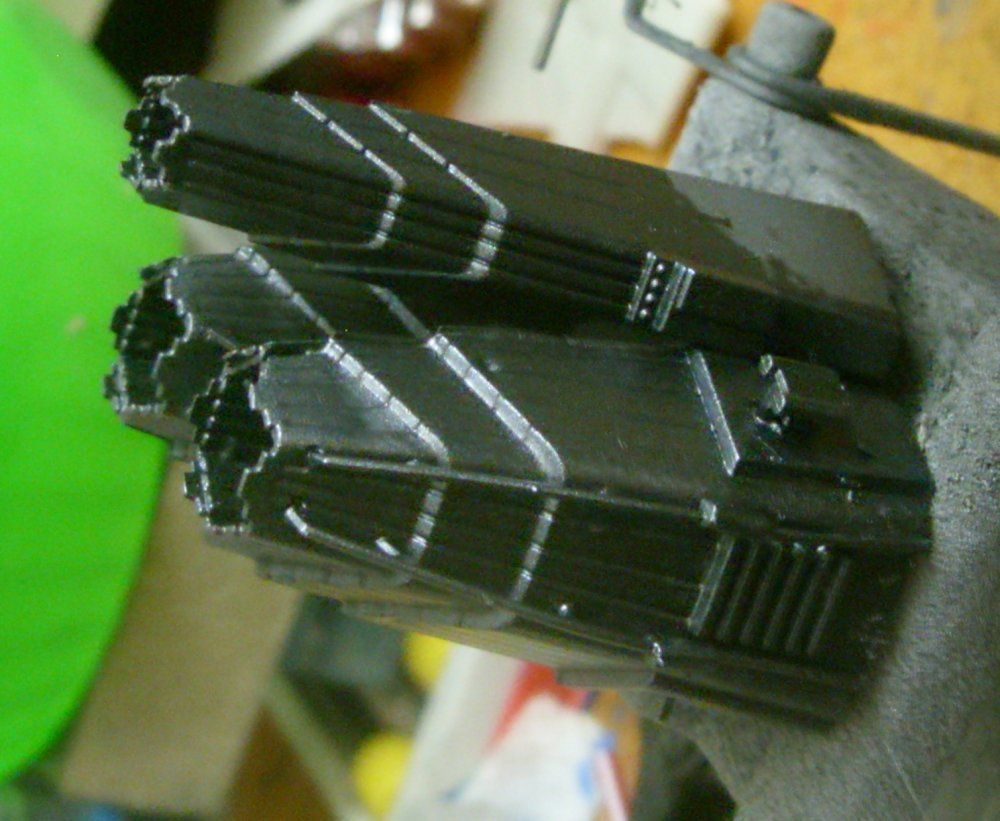 Following that, I did some minor detail painting, then added markings from the Viper decal sheet as well as custom pilot name plates, and the squadron badge for Ivy's Solaria group.
Some slight weathering was done with Vallejo Smoke, given that this is basically a prototype ship.
At this point, the build is done

Shortly after the fall of the Twelve Colonies, Lt. Ivy Rhodes, a failed Cylon sleeper agent, found herself "downloaded" into a new body.

Still wanting to be a "fighter pilot," Ivy cobbled together a "prototype" from Cylon and Colonial wreckage that had been recovered by the basestar she was now aboard.

The end result was a deadly hybrid of Hyman and Cylon technologies:
The "Shadowdemon" 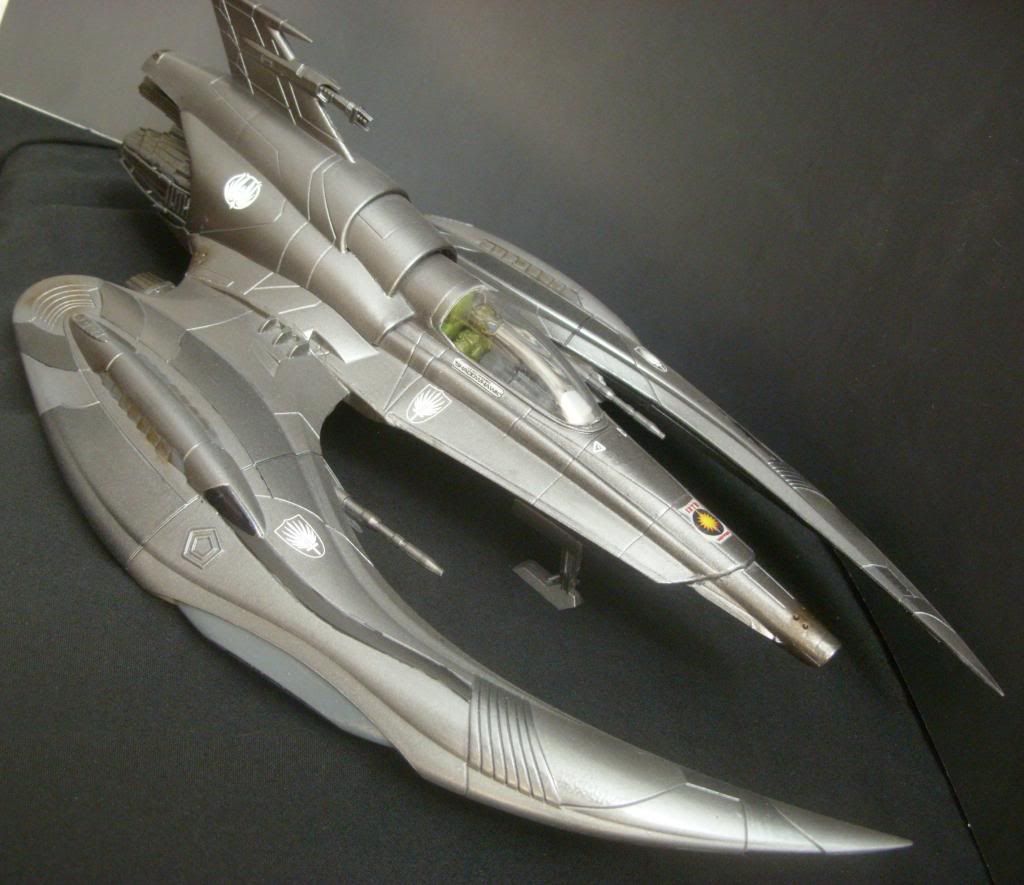 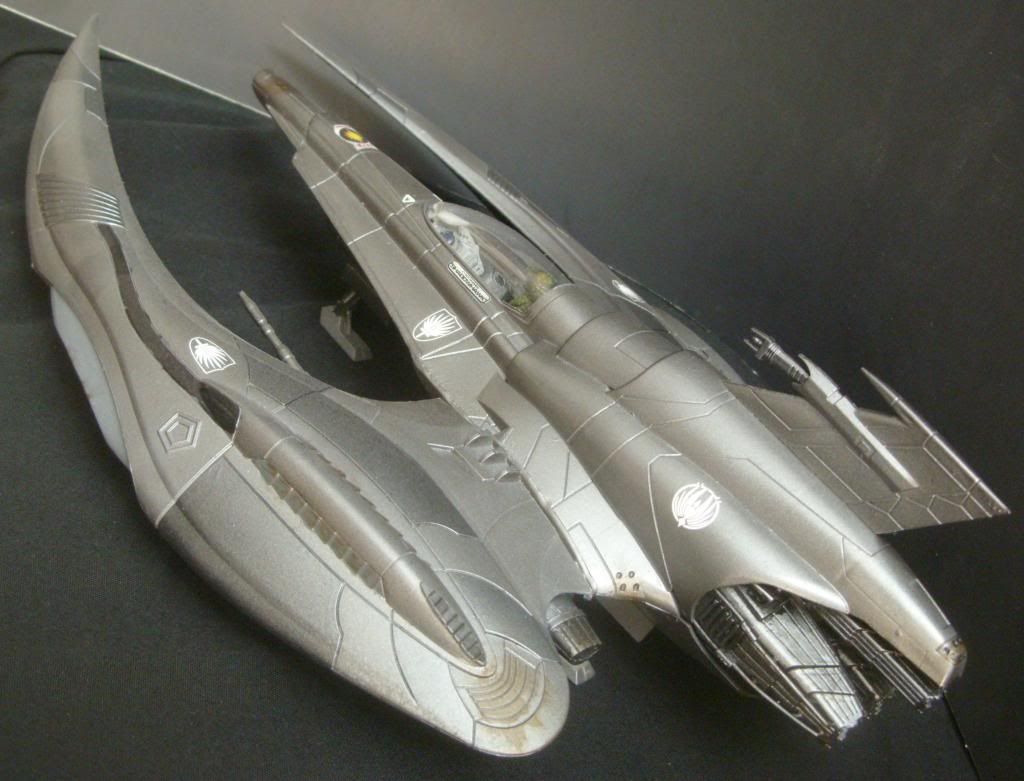 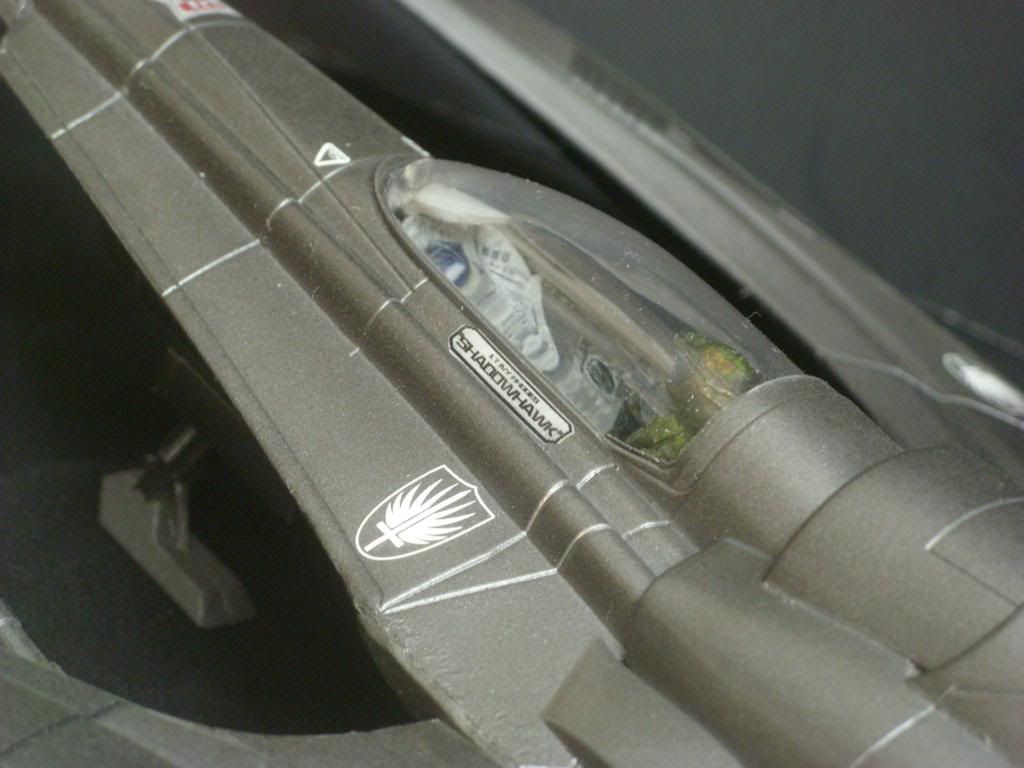 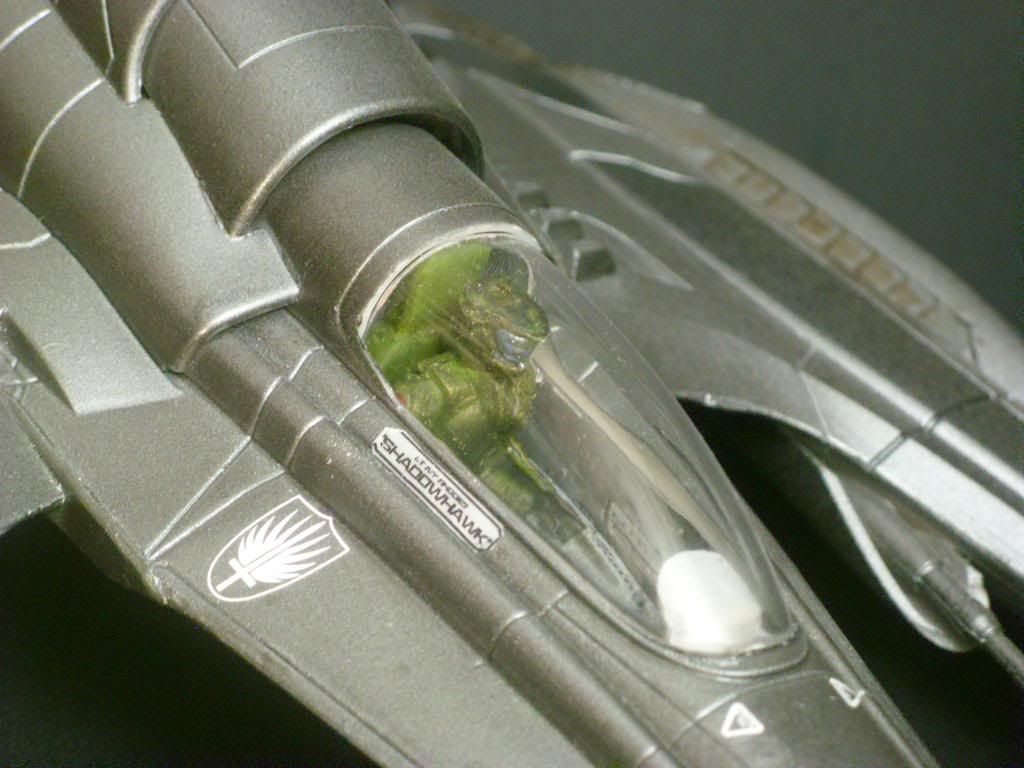 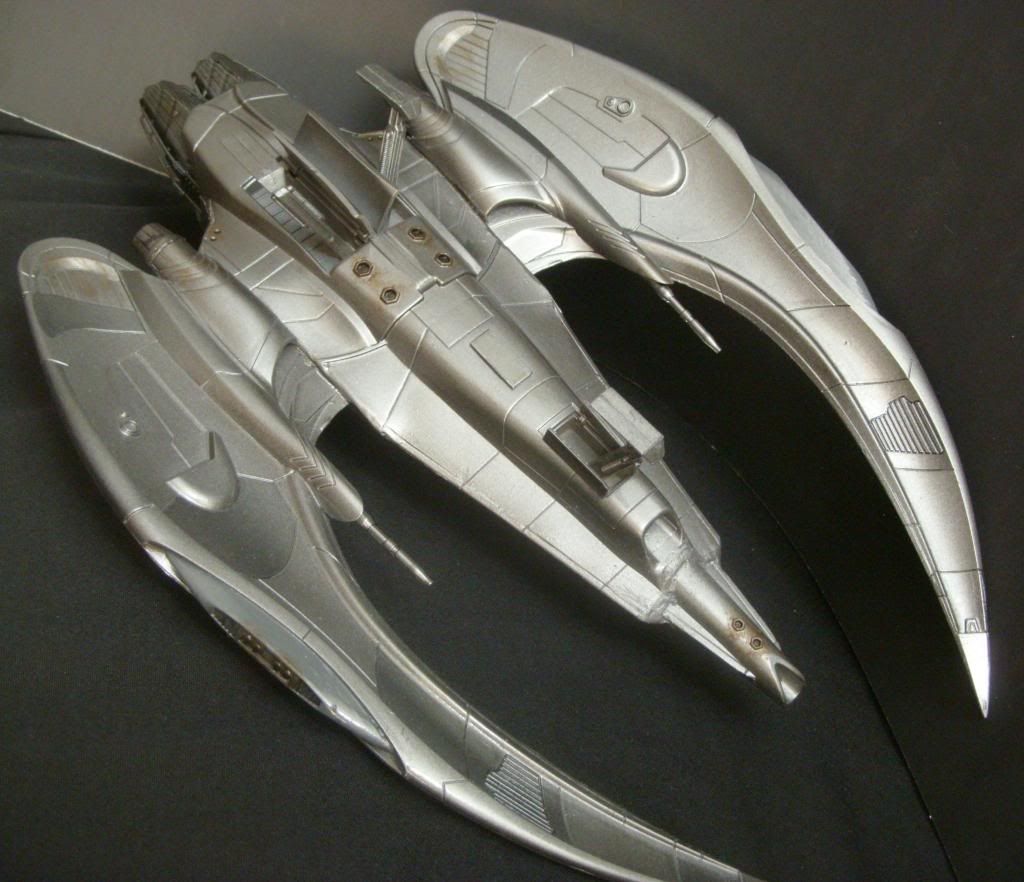 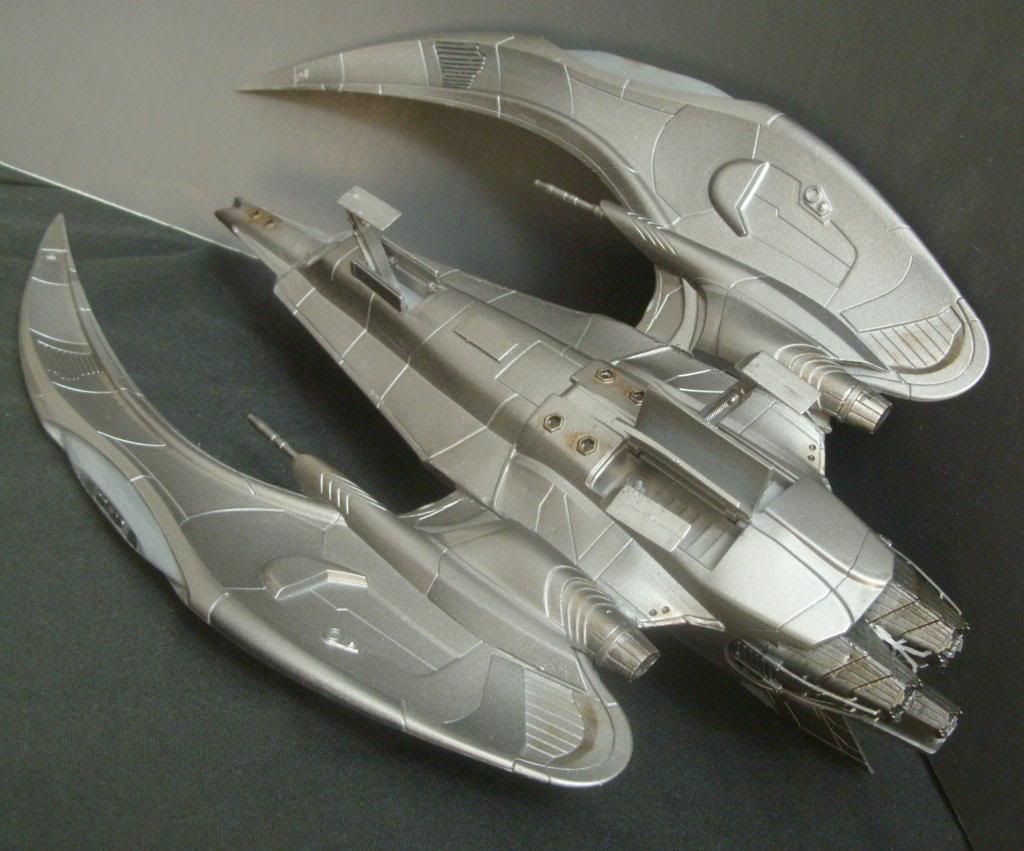 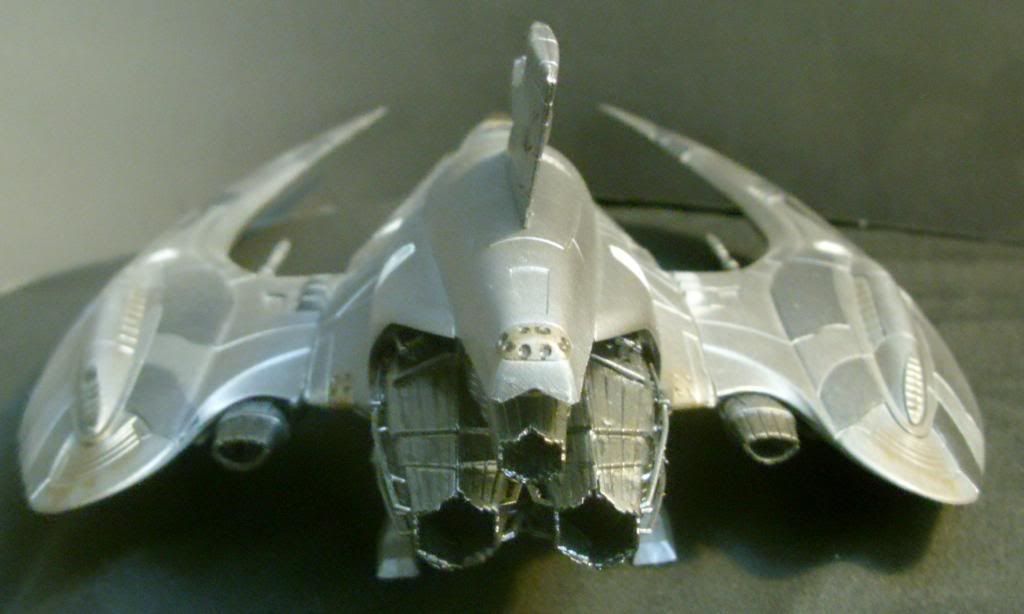 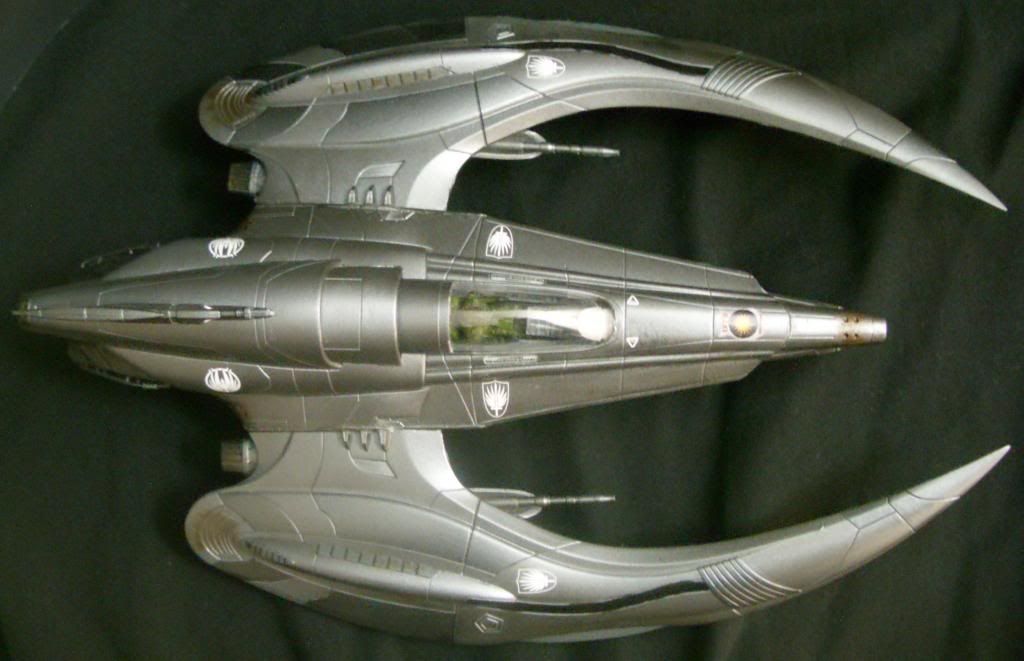 If you can't run it. Chrome it!

Really sweat. I don't know anything about si-fi but looks great.

Thanks, guy. Glad you like how she turned out