From the 'The Monuments Men' (2014), haven't seen the movie but found this http://www.imcdb.org/vehicle_702519-Made-for-Movie-BA-64.html and I had this kit sitting on the shelf of despair for 4 years.

The biggest issue of the kit I saw. It's missing the engine, so I robbed one from my Willy's Jeep. I hacked off the jeep transmission case section from the engine and used some styrene to block the bits off. Built an oil pan and blocked off other bits. Next I punched some circles and added them to 64's transfer case. Need to add some putty to smooth things out. Using the jeep parts again, I built a radiator and blocked off the underside to other bits on that part. Finally I built the non existent fuel tank, it's not great but I think it will do. It is all black and with a green floor and white sides it will stand out when you look down from the top of the turret as it sit to the rear of the 64. Built the map holders and door locks/handle and also added a gas and brake petal. 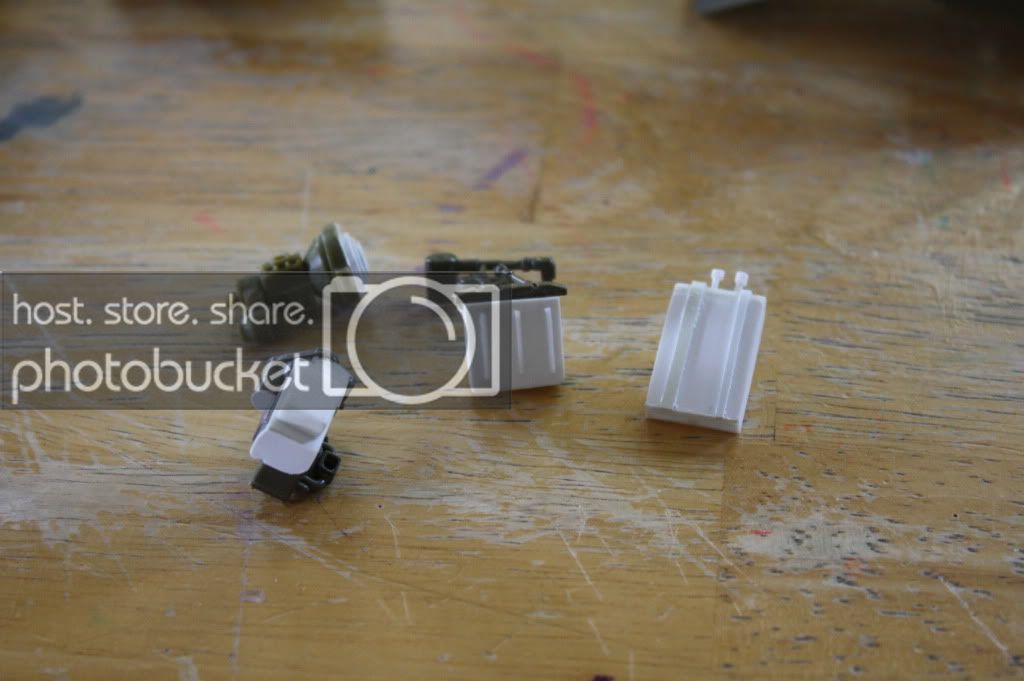 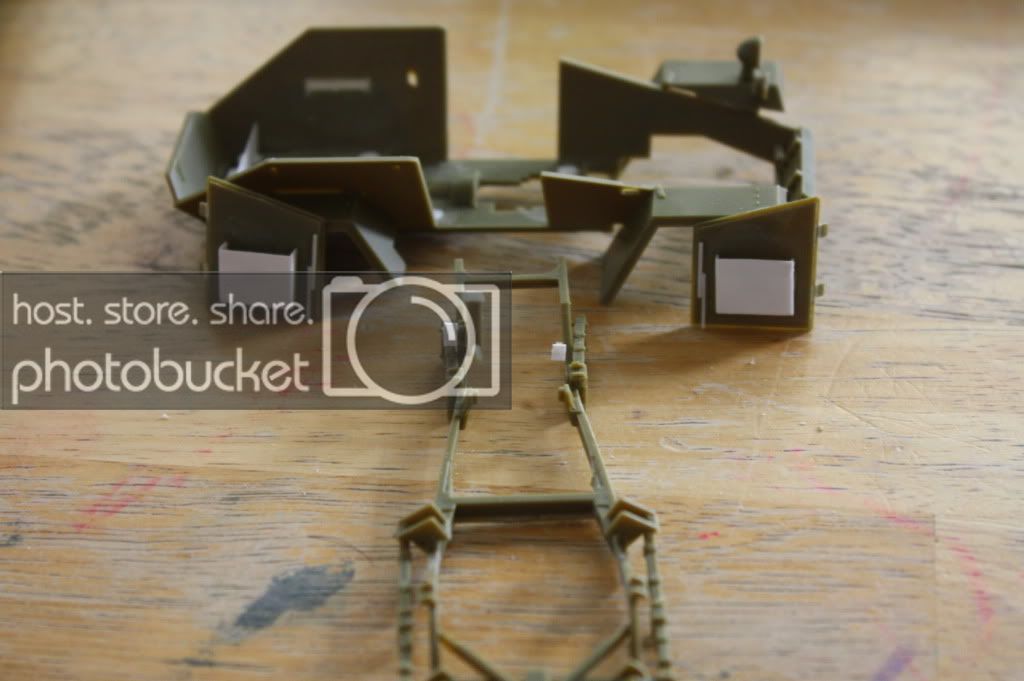 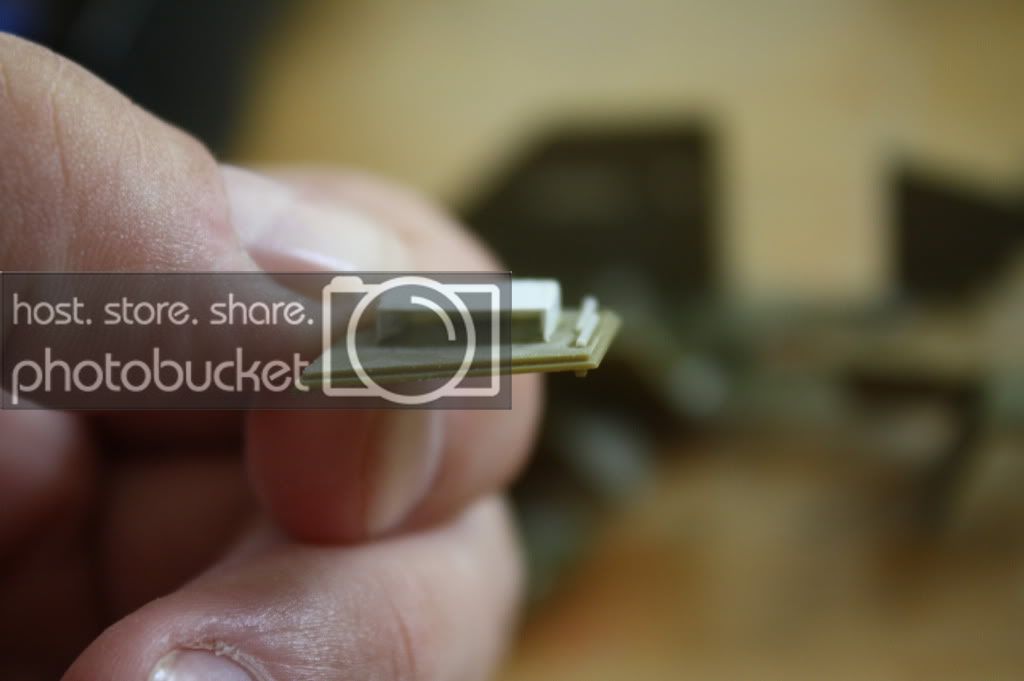 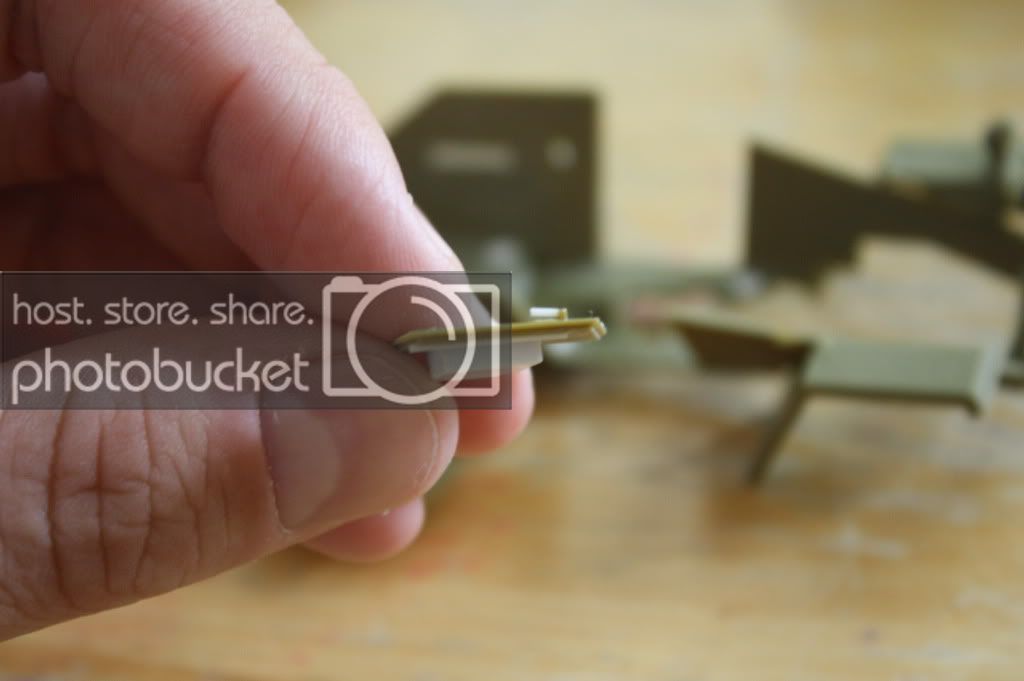 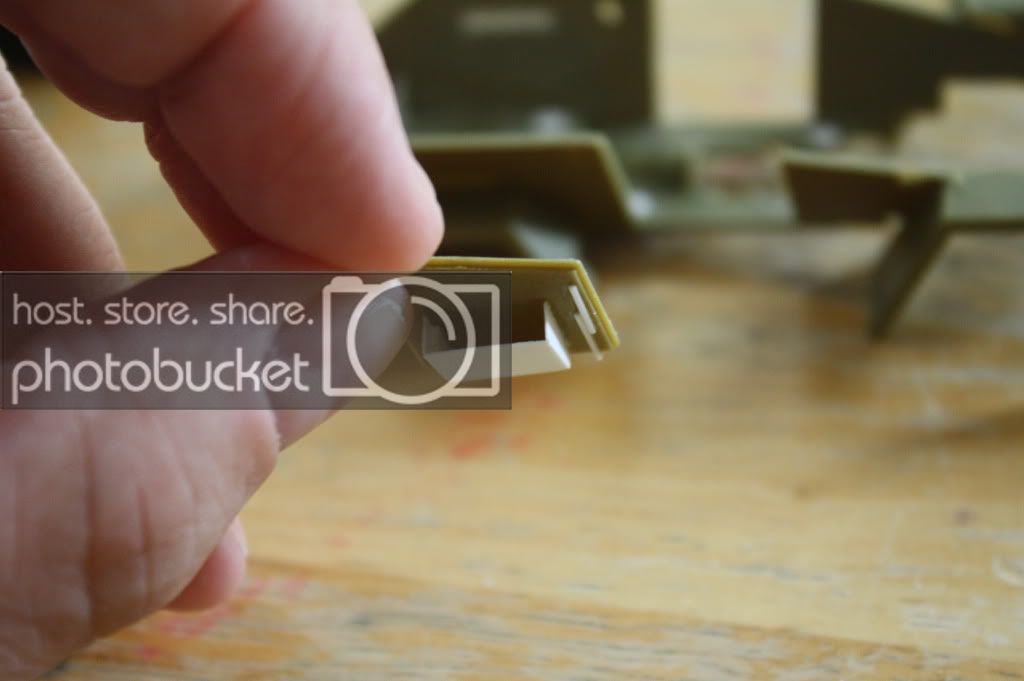 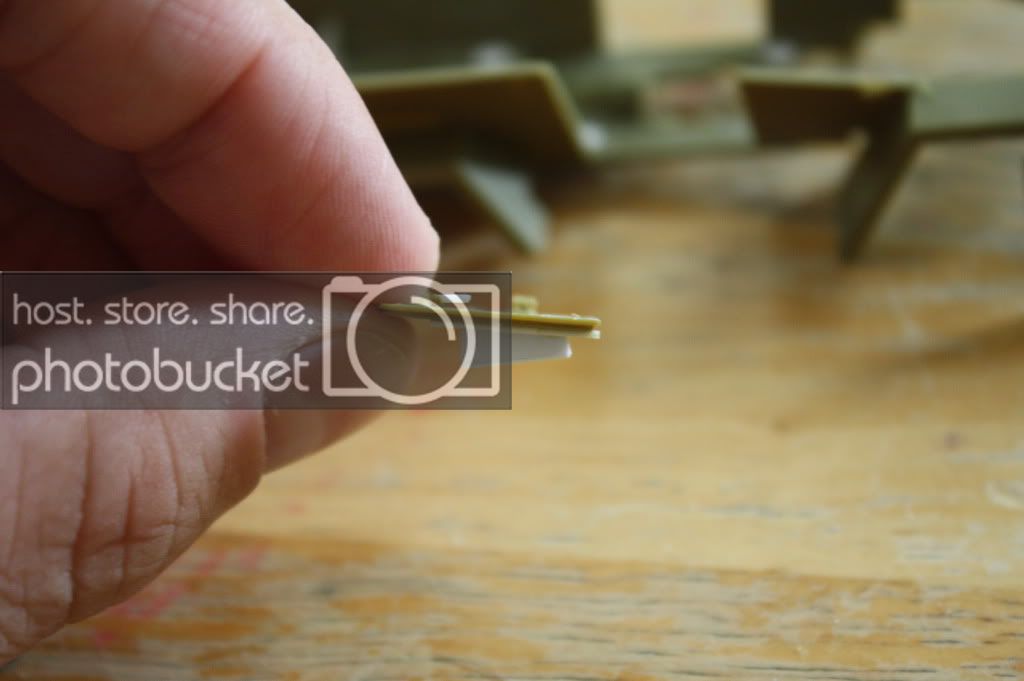 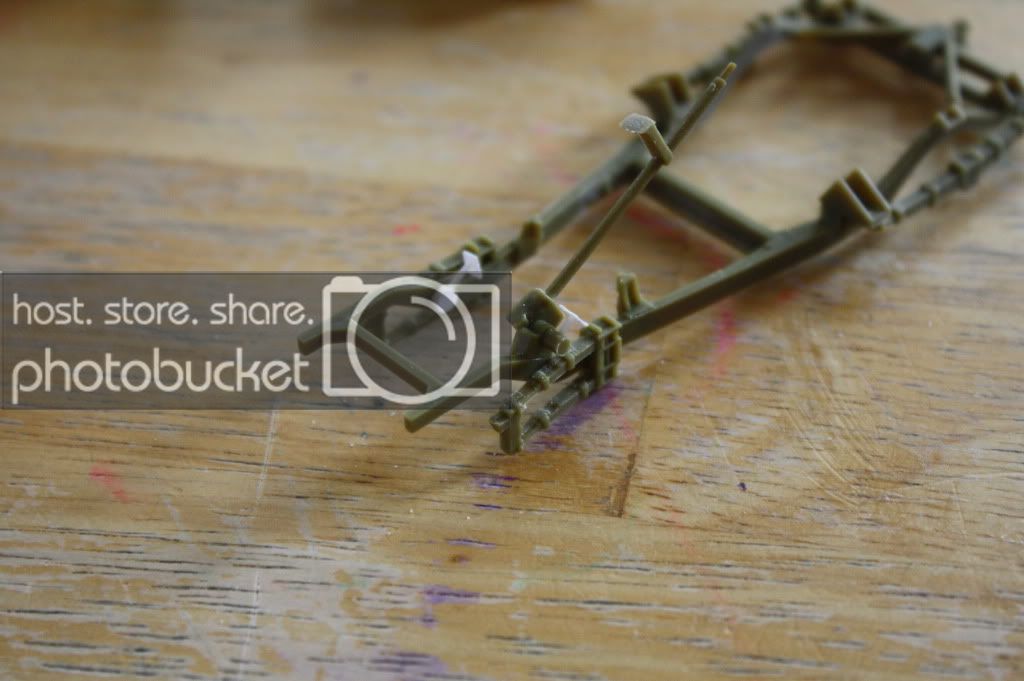 And where is stands now. 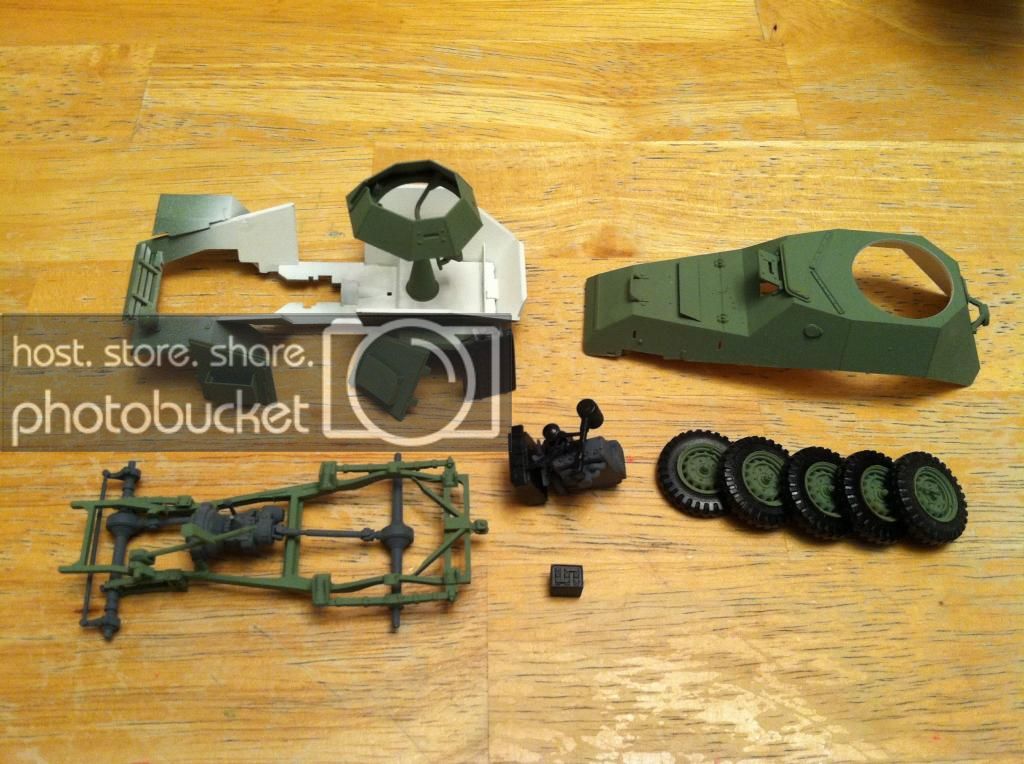 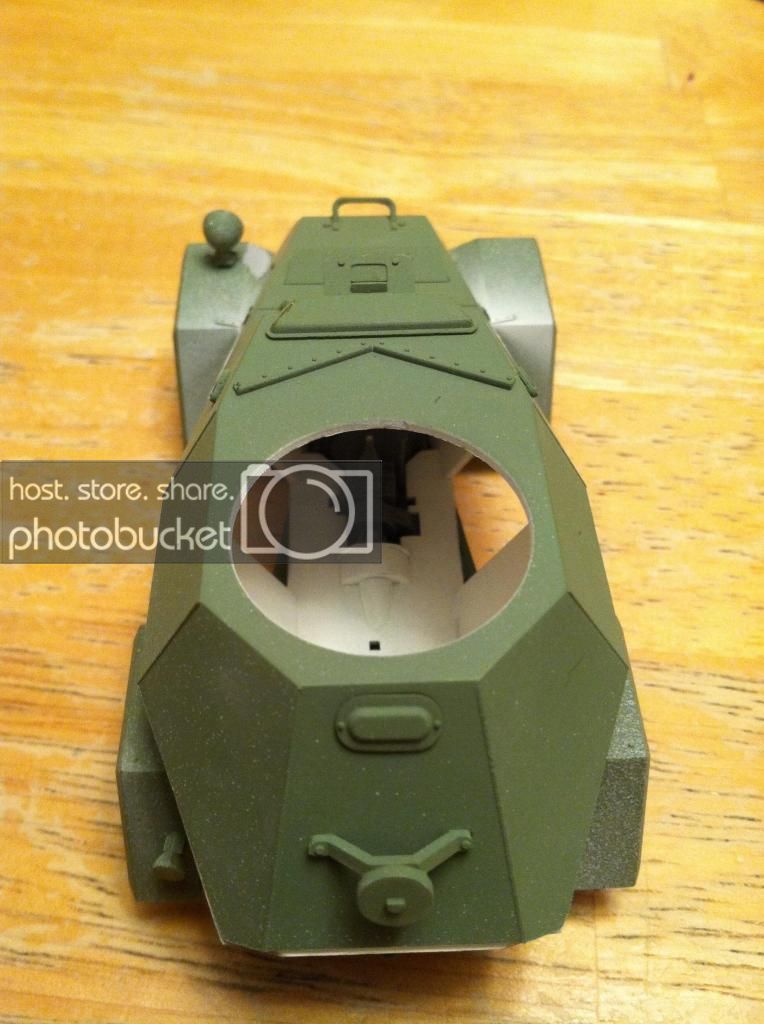 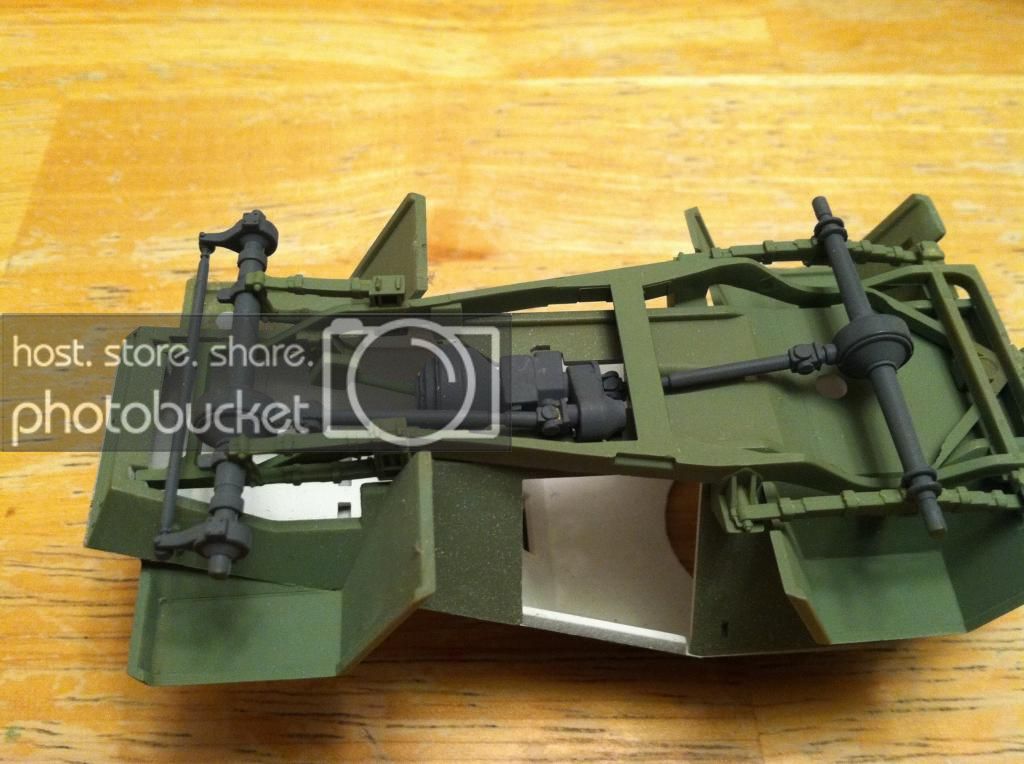 I don't recall what I couldn't figure out that stopped the project for all these years. Hope to paint some more small parts, final assemble and weathering to finish this up by end of the year.

Nice work on this. Cool that youre on track to finish it.
T

Lots of great stuff being posted. I had been pulling up the rear with the last build so I figured I would post an update.

I didn't like the colors I had used so basically repainted everything. I muted the green on the body and black on the tires. 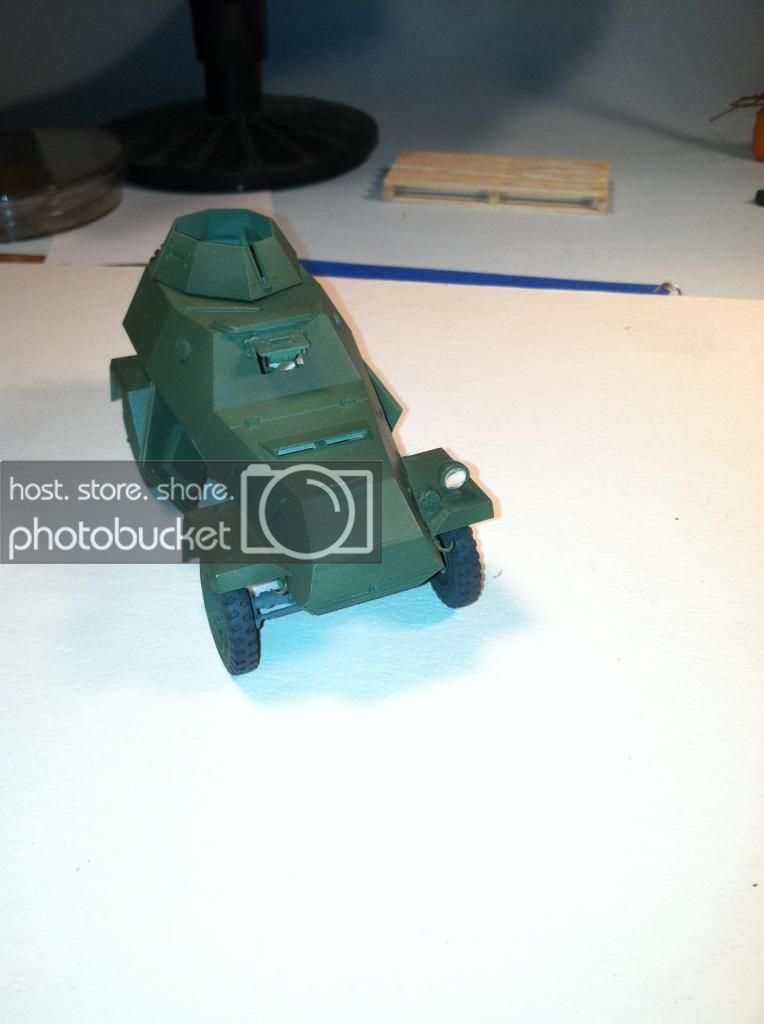 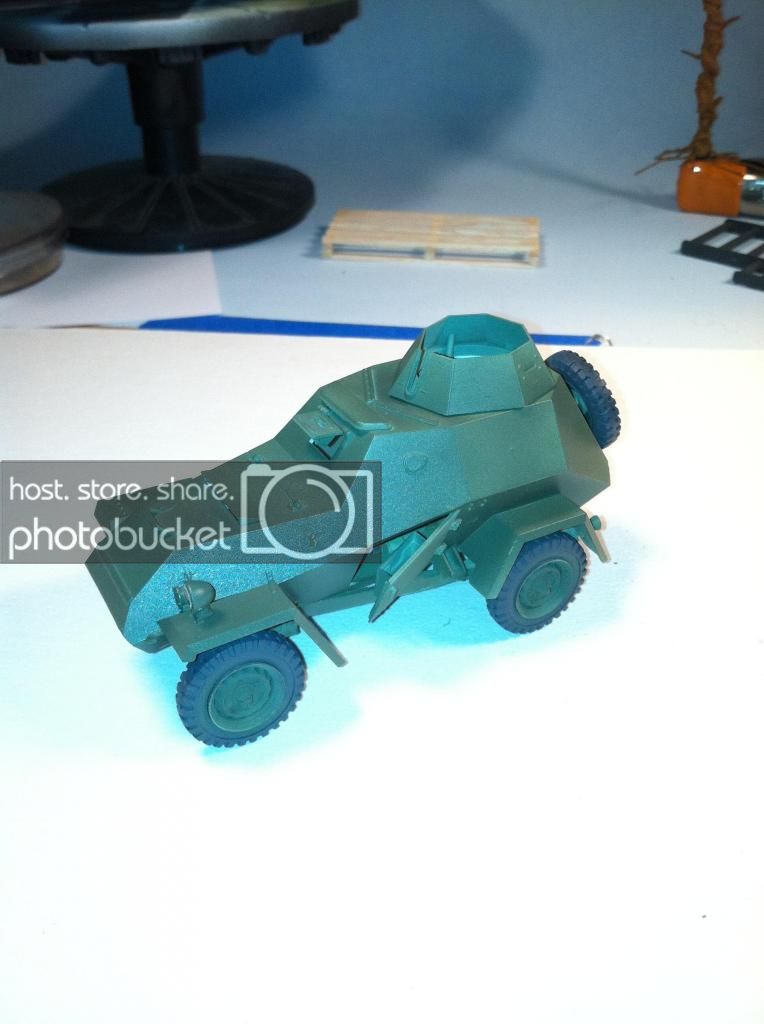 A little closer, only to finish painting the red on the tail light and paint and install the gun. 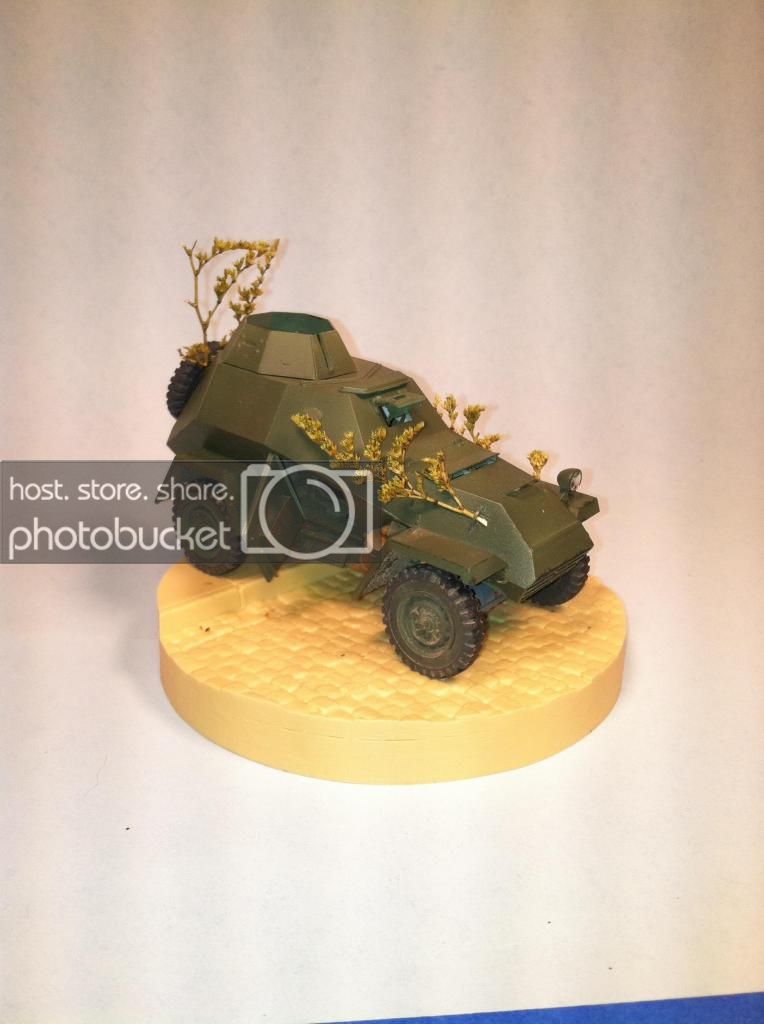 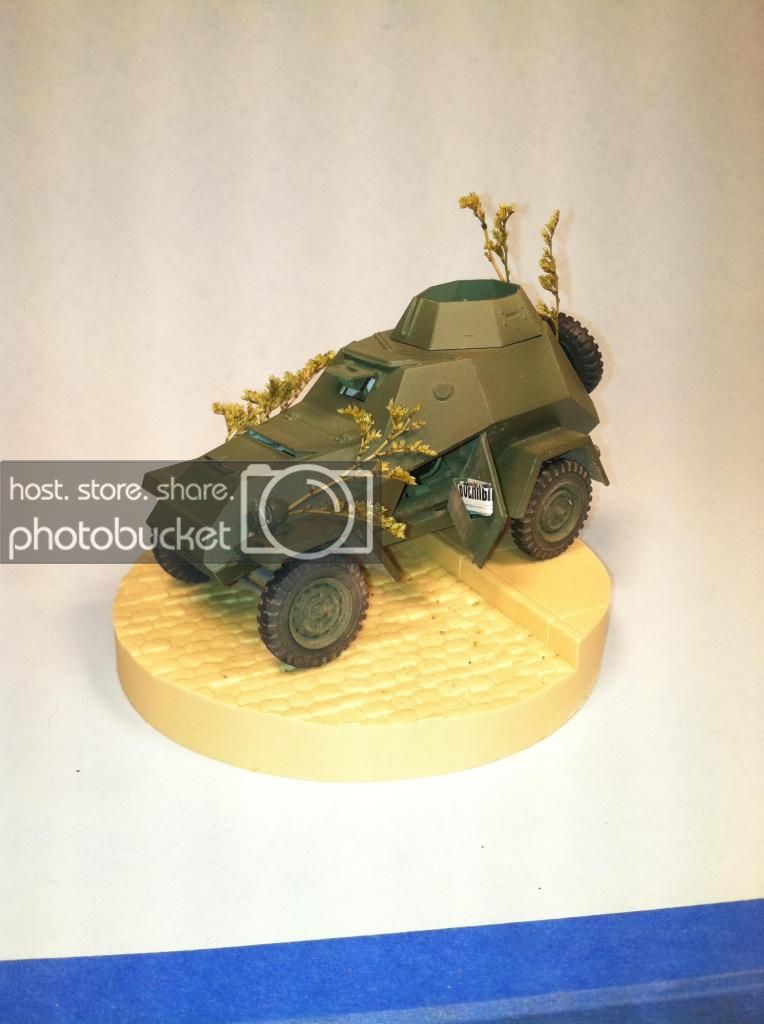 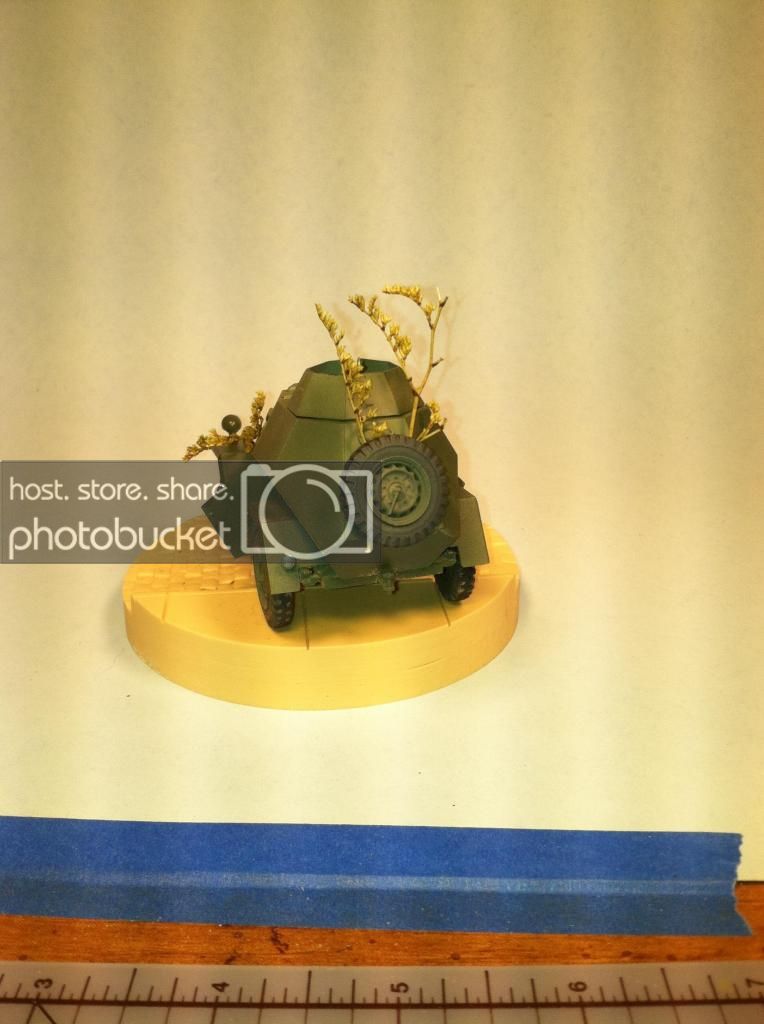 I am calling this one done. 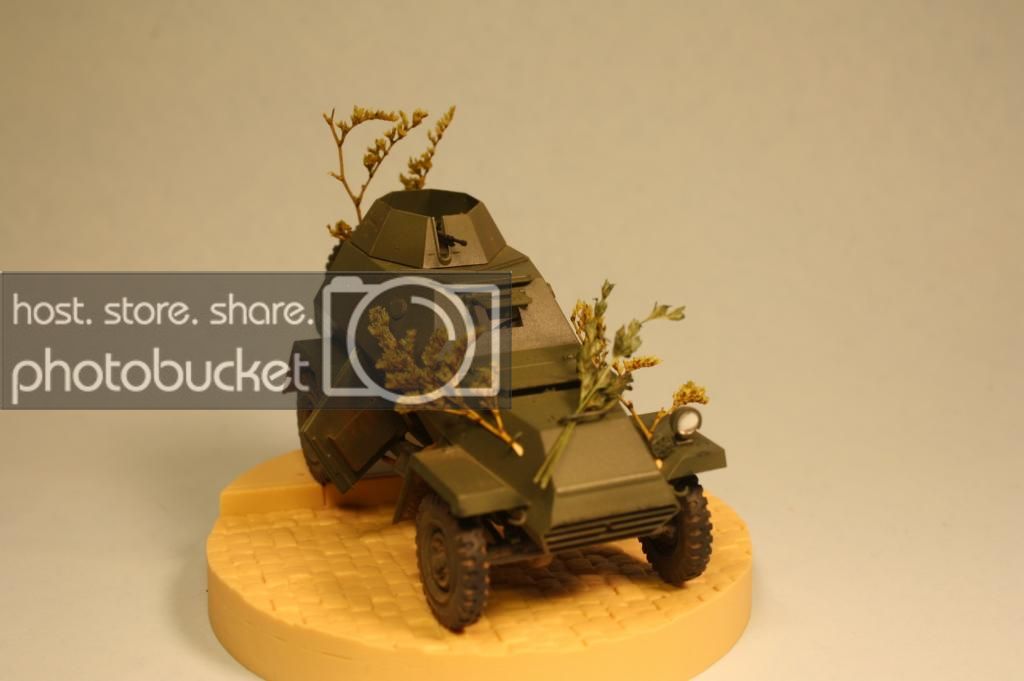 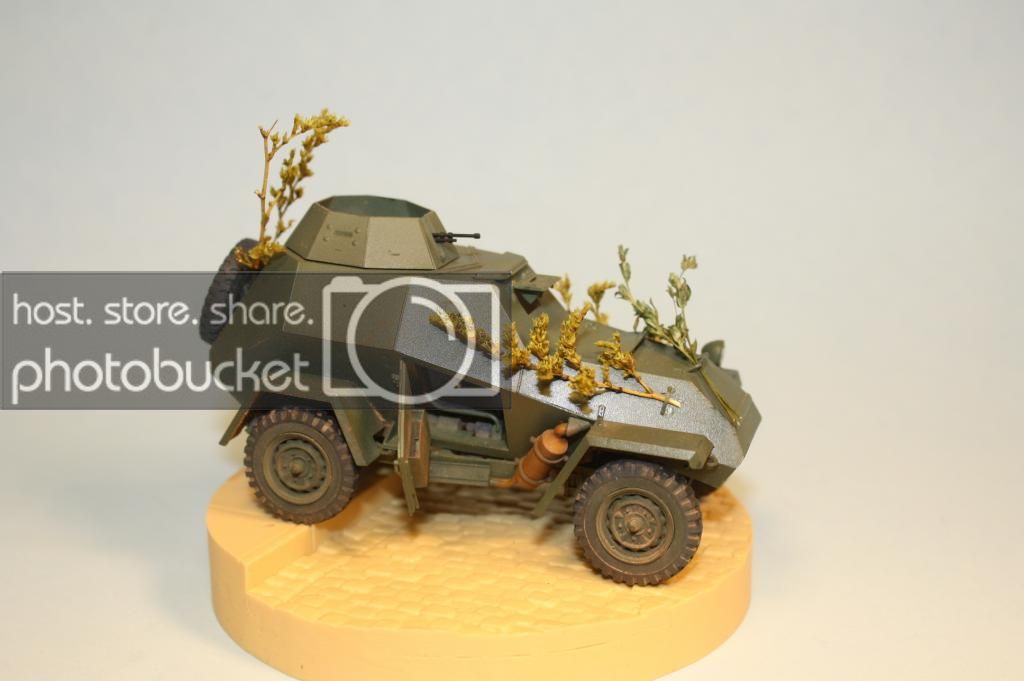 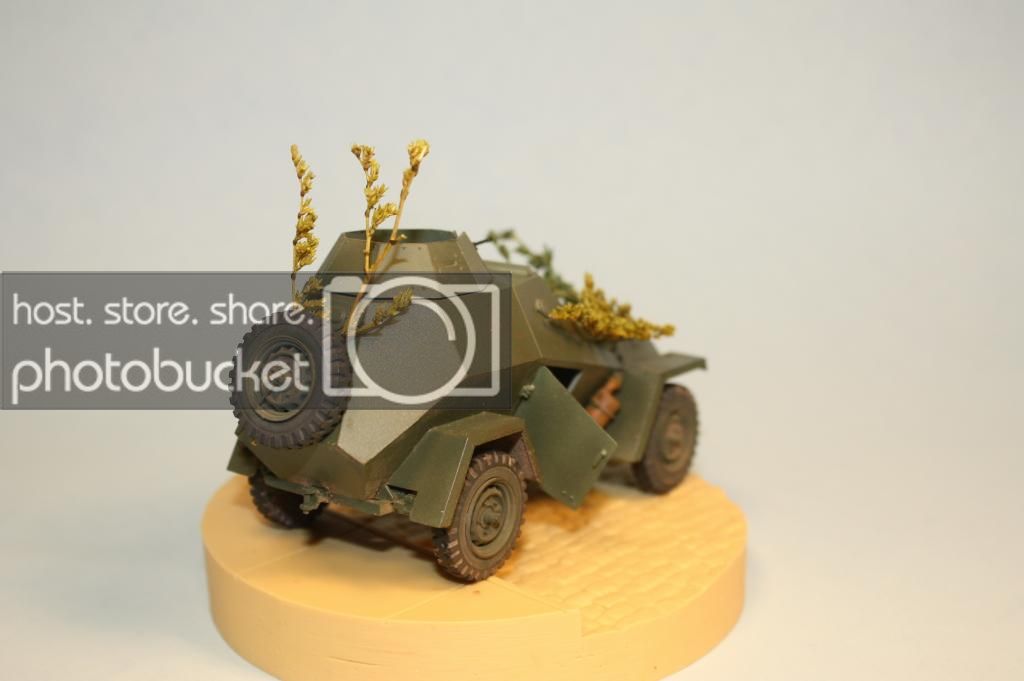 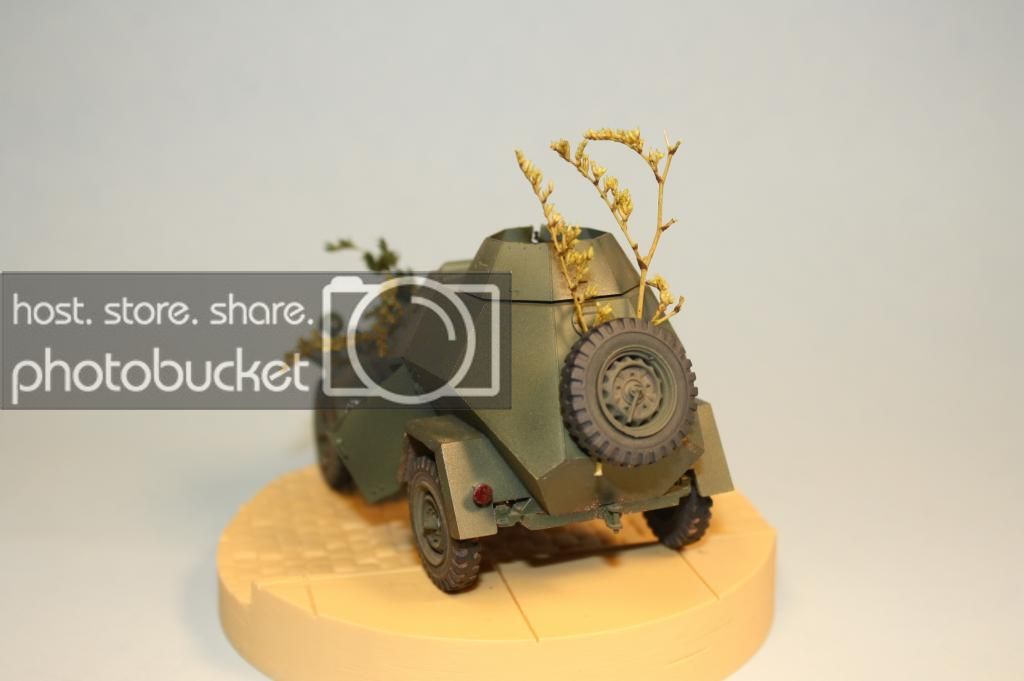 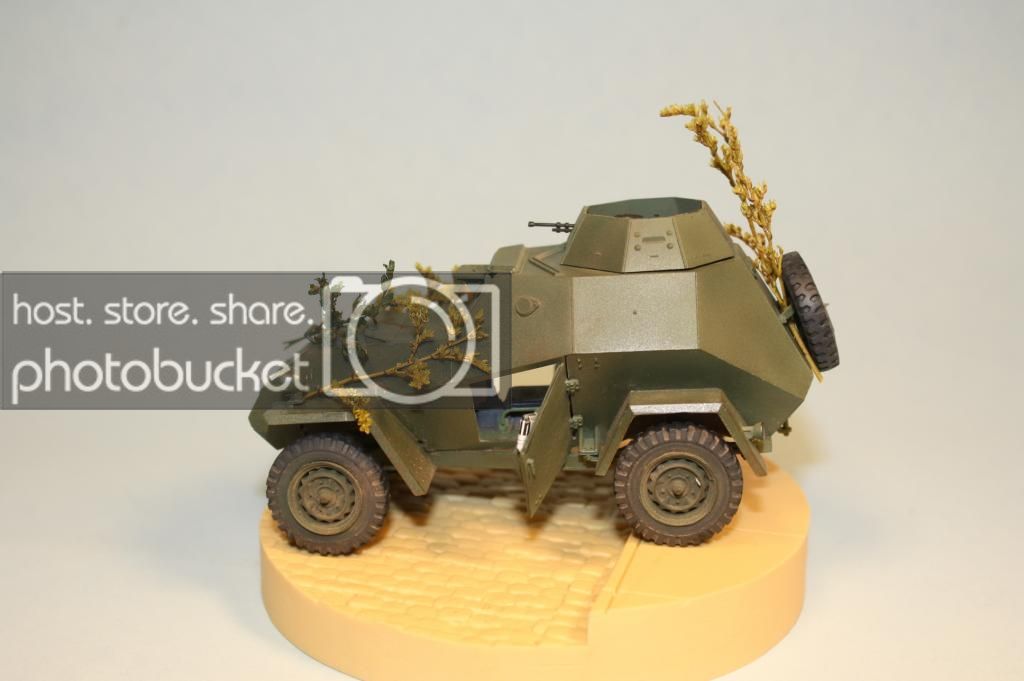 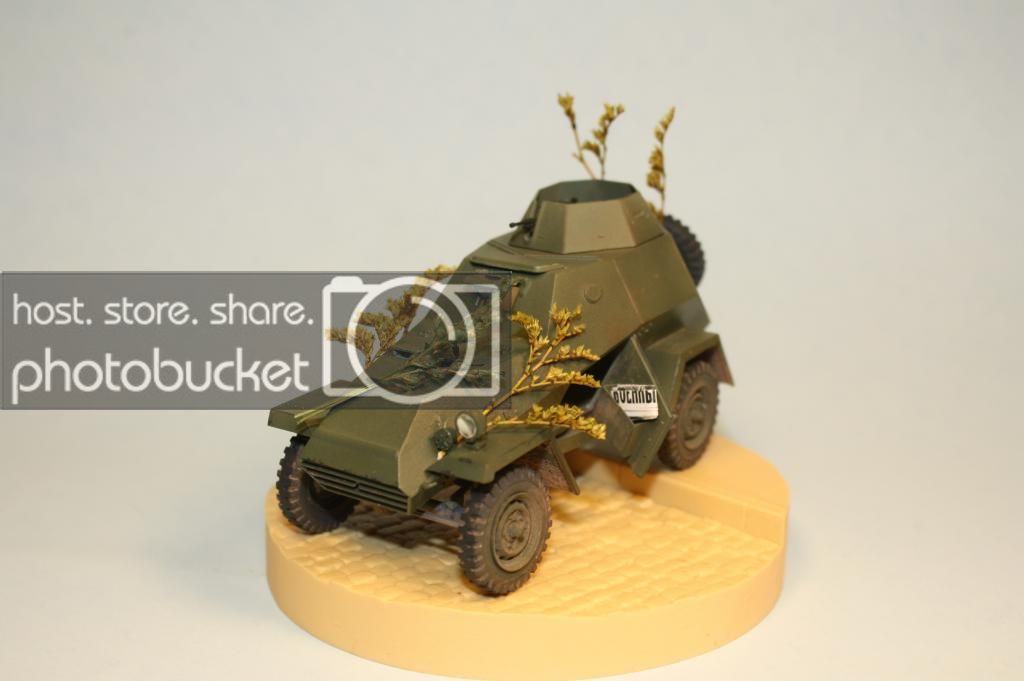 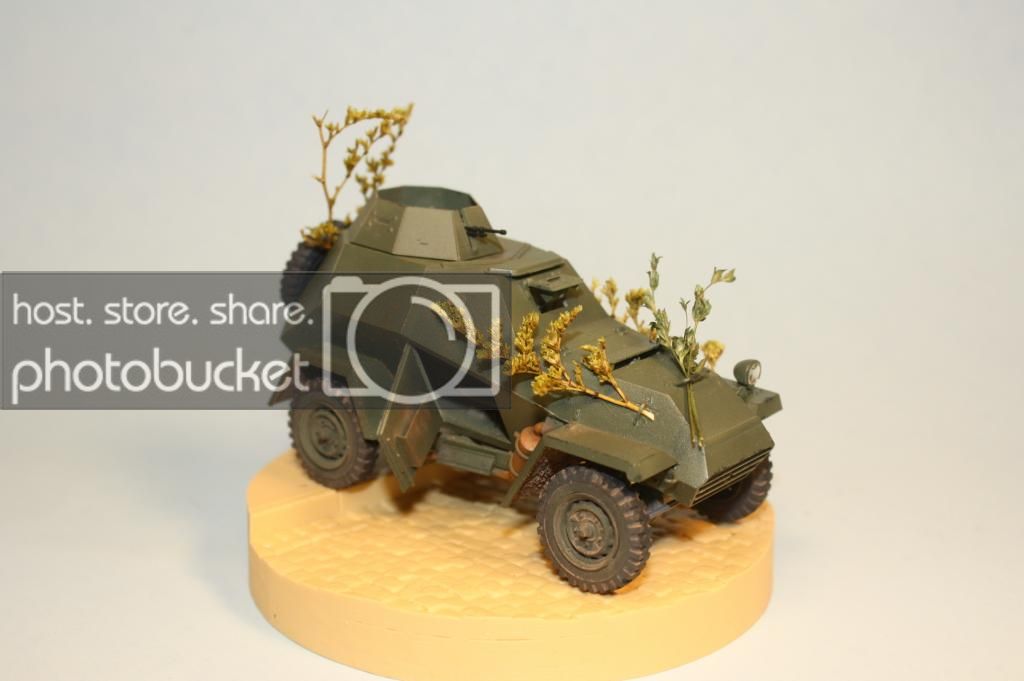