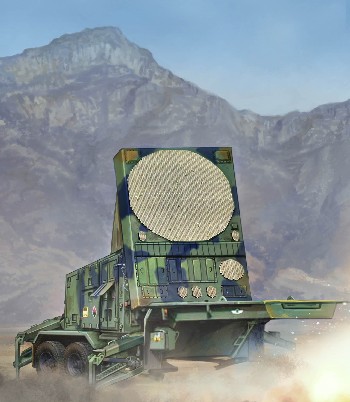 The MPQ-53 is a tracking radar system that sits on the same base used by the MIM 104 Patriot surface-to-air missile system. Used by the US Army, the radar set is equipped with IFF, electronic counter-counter measures. Kit consists of over 410 parts, including rubber tires and photo-etched parts. 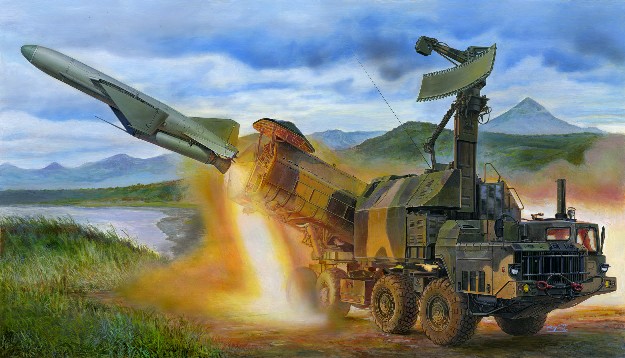 The Russian P-15 Termit was an anti-ship missile developed in the 1950s. The 4K51 Rubezh was one of the later
variants of the weapon, developed in the 1970s for use in the Cold War. Based on the MAZ-543 high mobility truck, the vehicle was best known by its NATO designation, the SS-C-3 Styx. Kit consists of over 1,100 parts, including rubber tires, clear parts, cobber cable, and photo-etched parts. 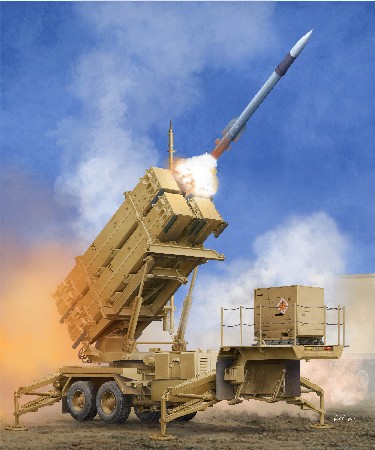 The PAC-3 is one of the more recent variants of the United Statesâ€™ M901 Patriot SAM System. With upgrades made to almost every part, the PAC-3 saw an upgrade of the software, communication setup, new missile design, new radar seeker, and more. The upgrades allowed the vehicle to provide five times the â€œfootprintâ€ that the original Patriot unit could defend against. Kit consists of over 640 parts, including rubber tires and photoetched parts. 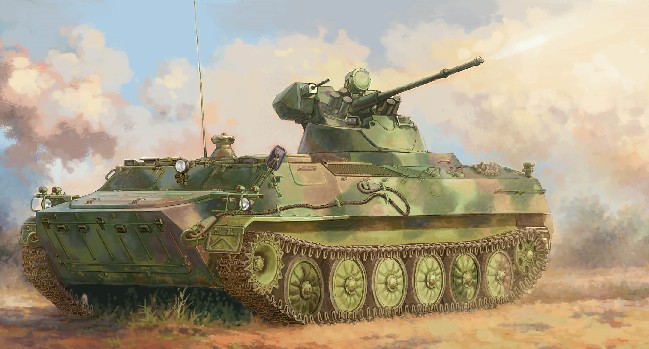 Known as the M 1970 in the west, the Soviet MT-LB was a light multi-purpose armored towing vehicle used in the 1960s and 1970s. With dozens of variants made for multiple countries over the course of many decades,
the 6MB variant was fitted with a new turret from the BTR-80A. Kit consists of over 1,100 parts, including individual track links, copper cable and photo-etched parts. 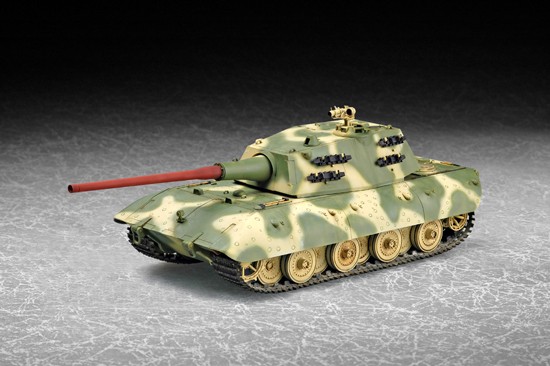 The Panzerkampfwagen E-100 was a German super-heavy tank developed at the end of WWII. The design was similar to the legendary Maus tank that was developed in the 1940s. It was armed with a 149mm gun and a
75mm gun. Despite having high expectations for the vehicle, Hitler ordered production of the prototype to be discontinued in 1943. The only prototype of this vehicle was only half-completed at the time the project was shut down. Kit consists of over 40 parts.
You must log in or register to reply here.
Share:
Reddit Pinterest Tumblr WhatsApp Email Link