Name of Build: The First Mission

Description
The Clone Wars have begun, with the battle on Geonosis tearing apart the ages of peace and prosper of the Republic.
Among the clone-warriors of the newly formed Grand Army of the Republic, Captain CC-2224, specially genetically-engineered to command clone forces, is preparing to rush into his first fight.
However, his dropship has been shoot down shortly after leaving the dock of the mothership.
The soldier who is yet only to be once called Commander Cody and serve under the command of Jedi-General Kenobi, finds himself and only the two other clone-troopers who had survived the crash cut from the main forces of the Republic.
Trying to reunite with his comrades, he encounters the outnumbering enemy forces - a column of Corporate Alliance Droid-tanks right from the production line and hurrying to join the army of separatists. Such force can heavilly influence the battle and tear victory from the Republic right into the hands of the Confederation.
Now, the only way for Cody and his subordinates to help the Clone Army is to create a diversion, blasting the long bridge over a canyon the tanks are passing, maybe even with the price of their own lives.
The last tank is on the bridge already. Clocks are ticking...

The tank for the build is the AMT?Ertl droid-tank in 1/32. The modifications of the model include a complete scratchbuilt "interior" depicting various mechanisms seen through the vehicle's frame and the droid brain housing, plus the insides of all the wheels and small improvements here and there.
I've painted the model with acrylic paints by Vallejo, using the "silver primer" chipping technique. After that I've worked over the hull with some filters also made from Vallejo acrylics, several different washes by MiG,done the fading via oil paints, and added AK and Tamiya pigments.
The base is a desert chain base by Kotobukiya, developed to look like the Geonosian surface with the help of self-curing modelling mass. It was also painted with several shades of Vallejo acrylic paints and oils and covered with solid pigments by MiG.
The clone-troopers and the battle-droid riding the tank are all Hasbro figures from the "Unleashed" series, brought to a more natural look with the help of MiG washes and the dirt made from oil paints. 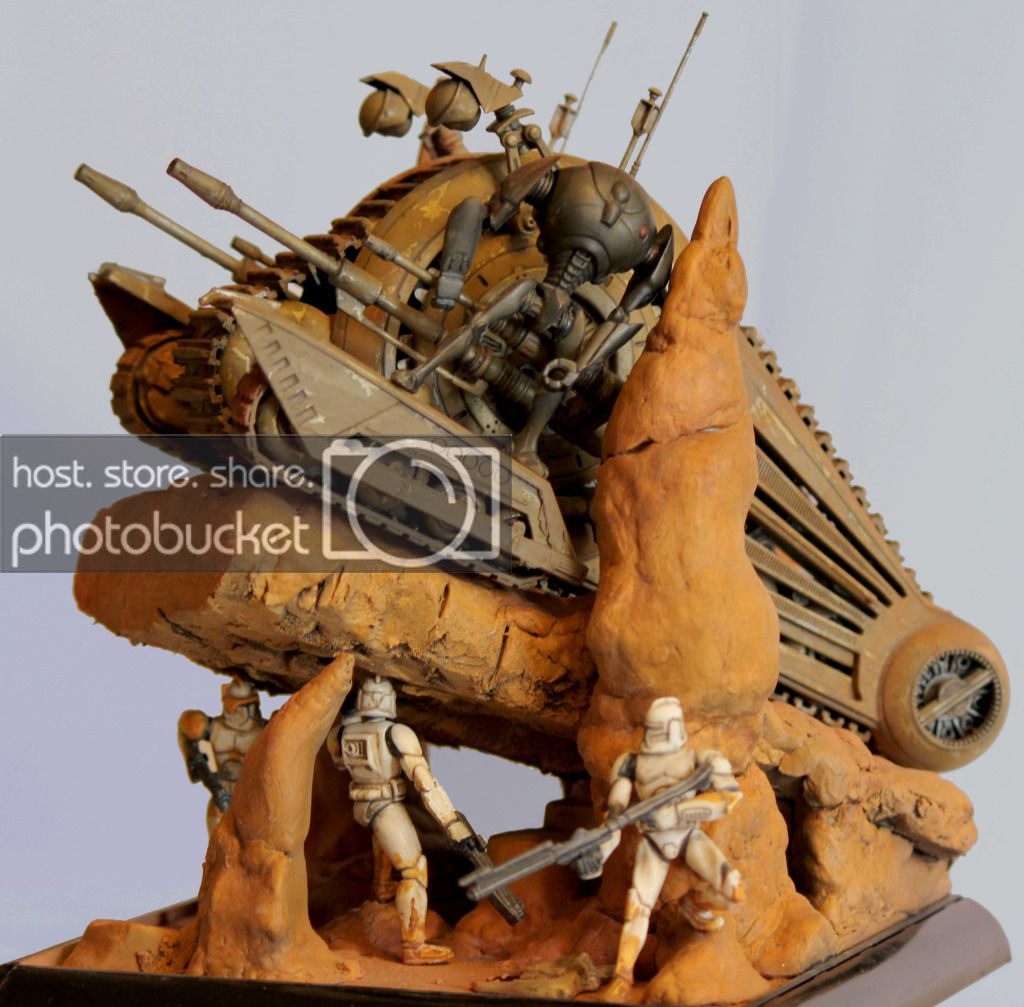 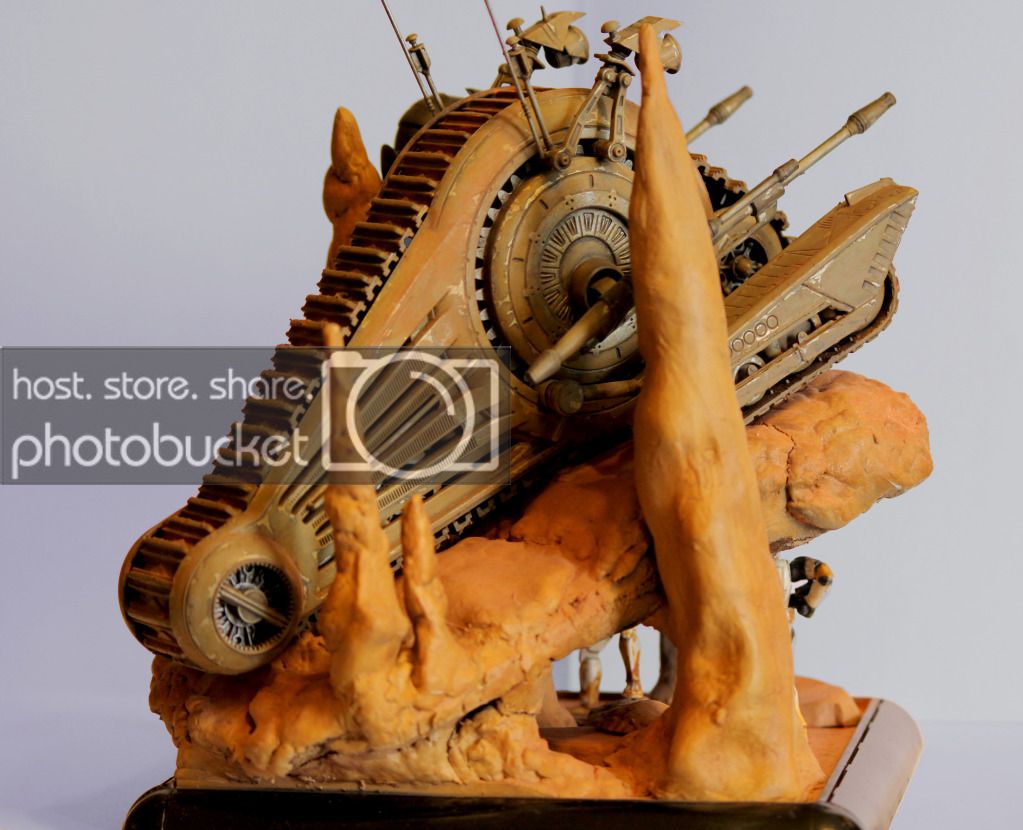 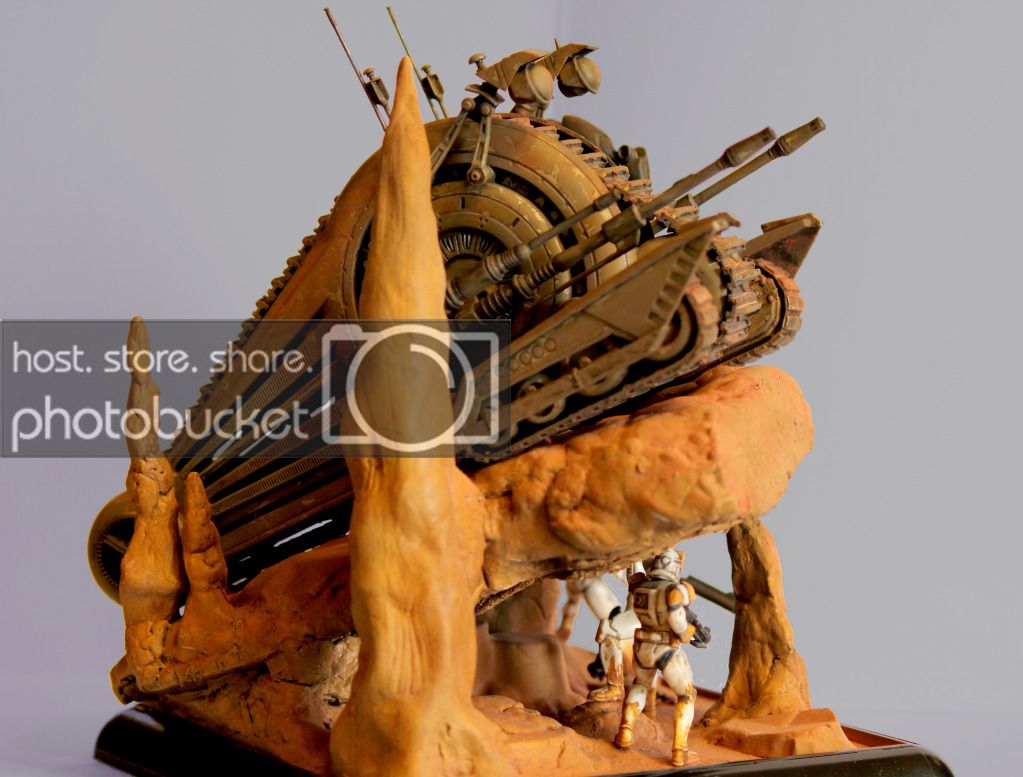 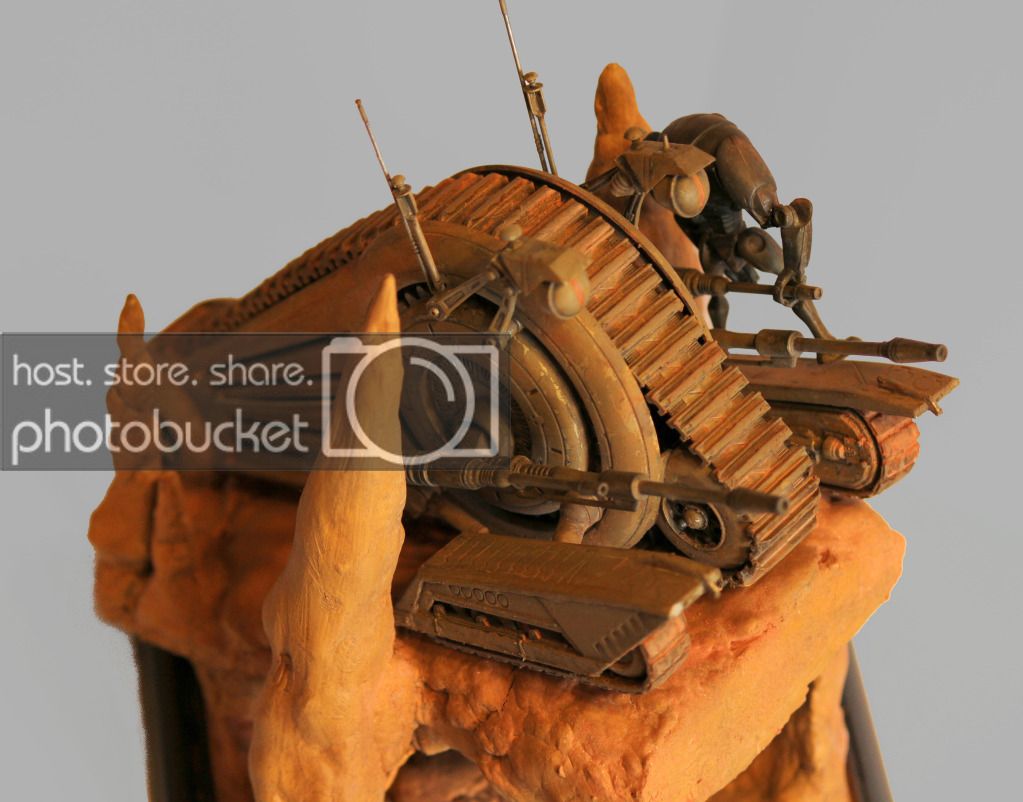 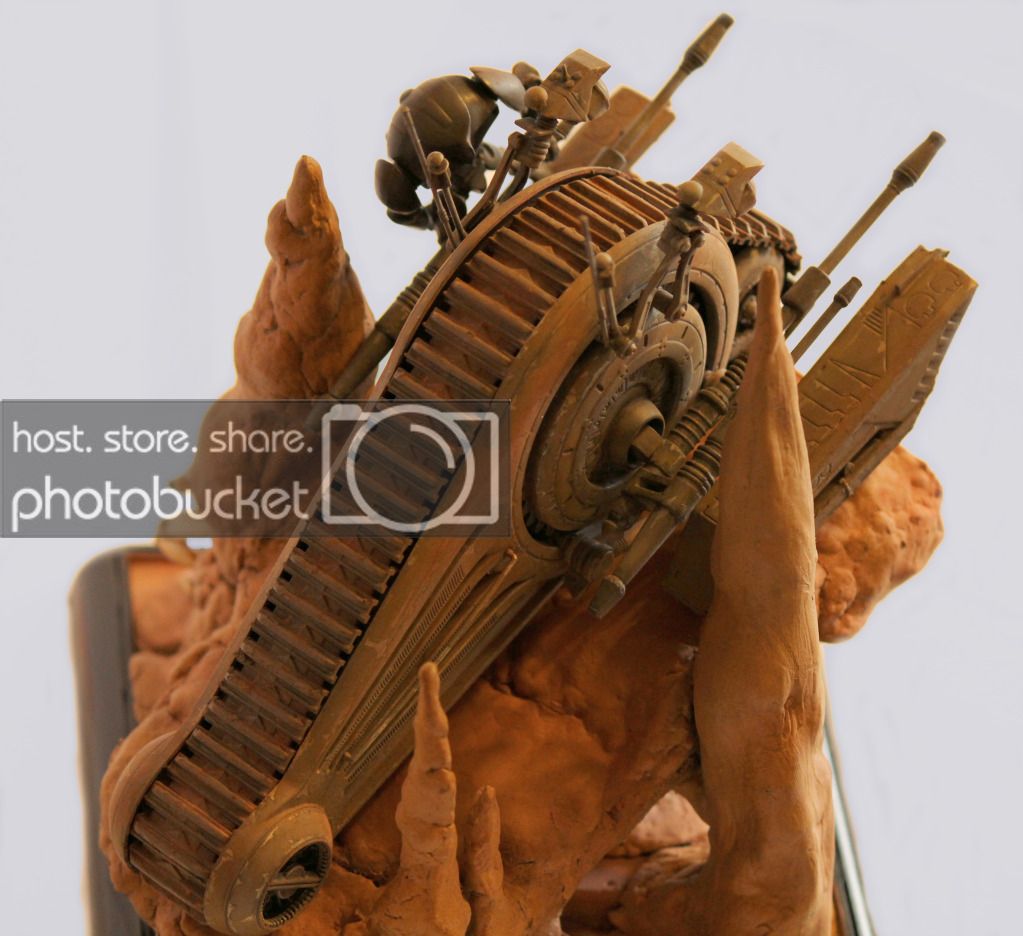 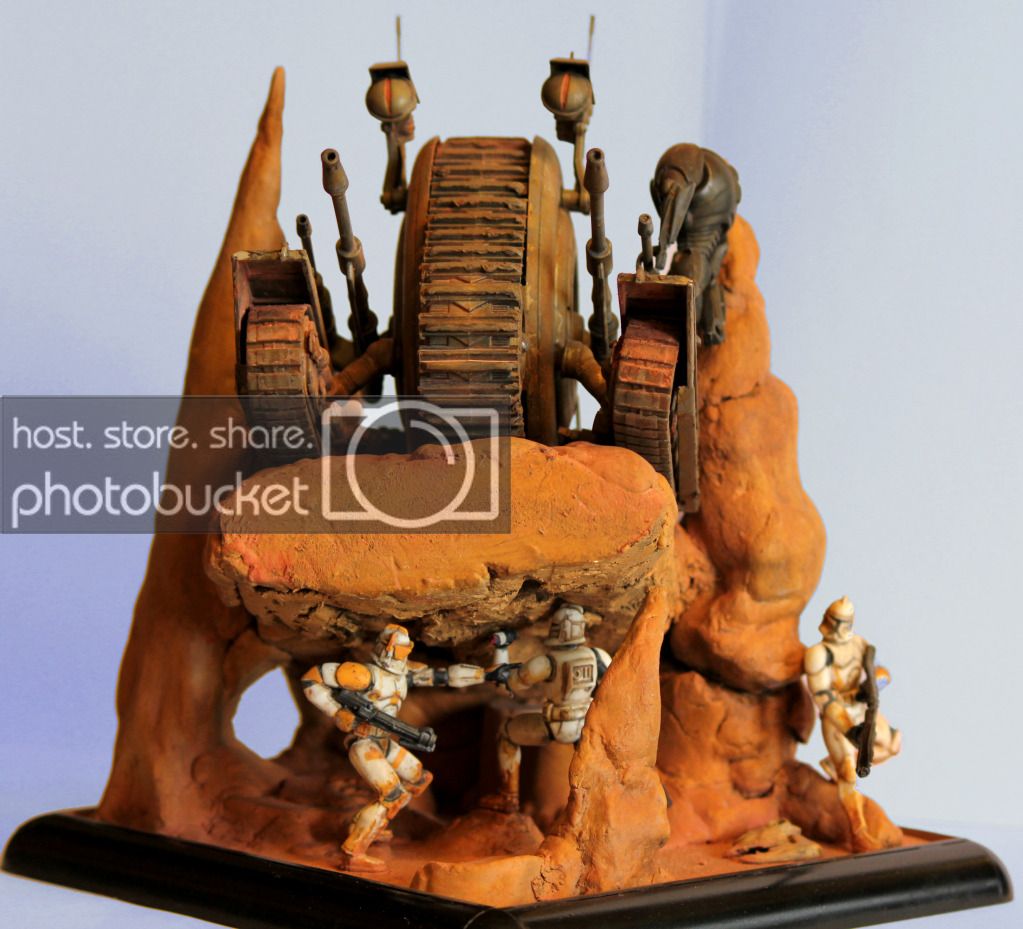