So I finally decided to start building my Bandai T-70. All I knew I wanted to do with this kit was have it landed, and put in a standard Droid instead of BB-8. The only time you see Poe's blue X-wing is at the beginning of the movie landed before it's destroyed, so short of painting this one Black and Orange I wanted it to be one of the other X-wings. You don't see clearly any of the other X-wings on screen, so they just repeated the same X-wing for all the shots, but in universe logic would dictate that the markings would be different (the stripes would change according to the number) and three blue stripes was on Poe so he would be Blue 3. So I decided to make mine Blue 4 and add an R2.

I widened the droid socket a tad so an Astromech would fit, Had to cut the astromech short so I didn't have to drill the hole deeper. Then I built the kit as is then started to change things with the paint, adding some yellow parts, and chipping. This is where it is now, I will work on more later: 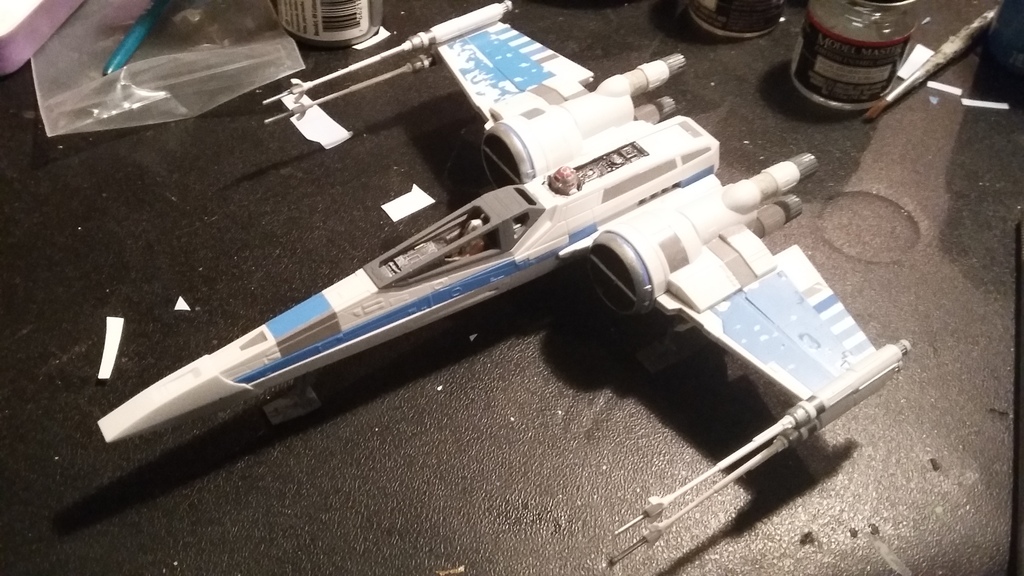 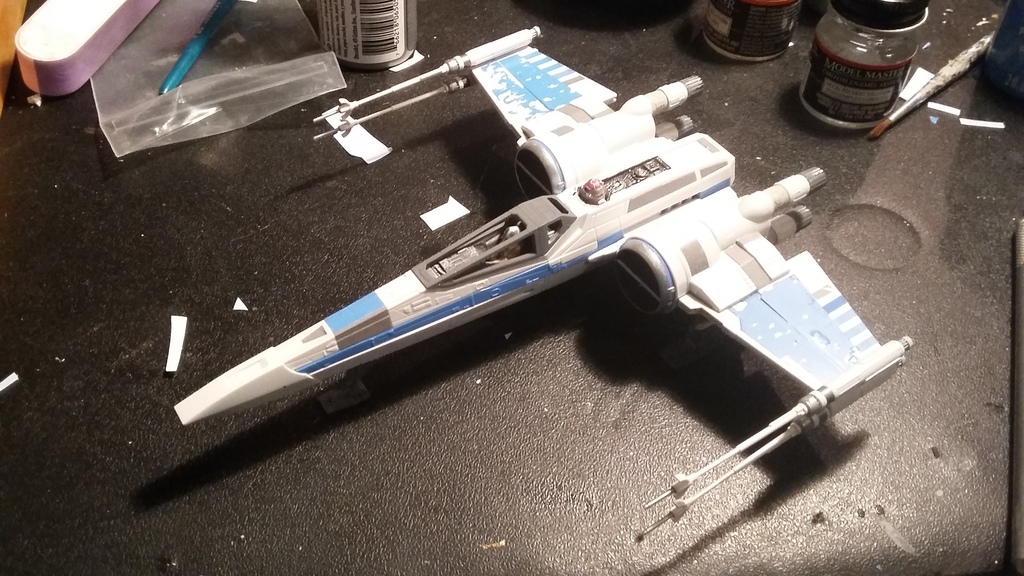 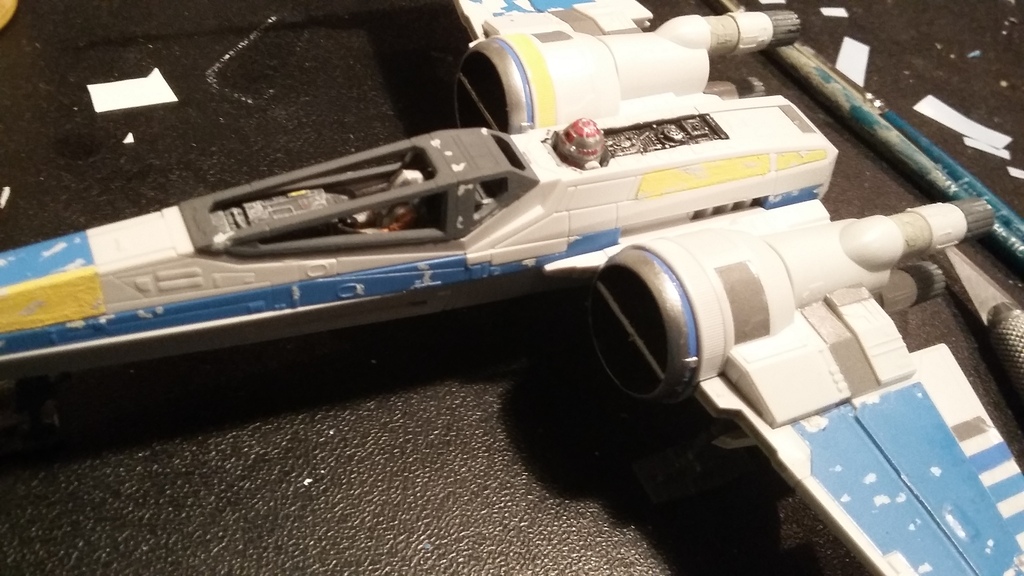 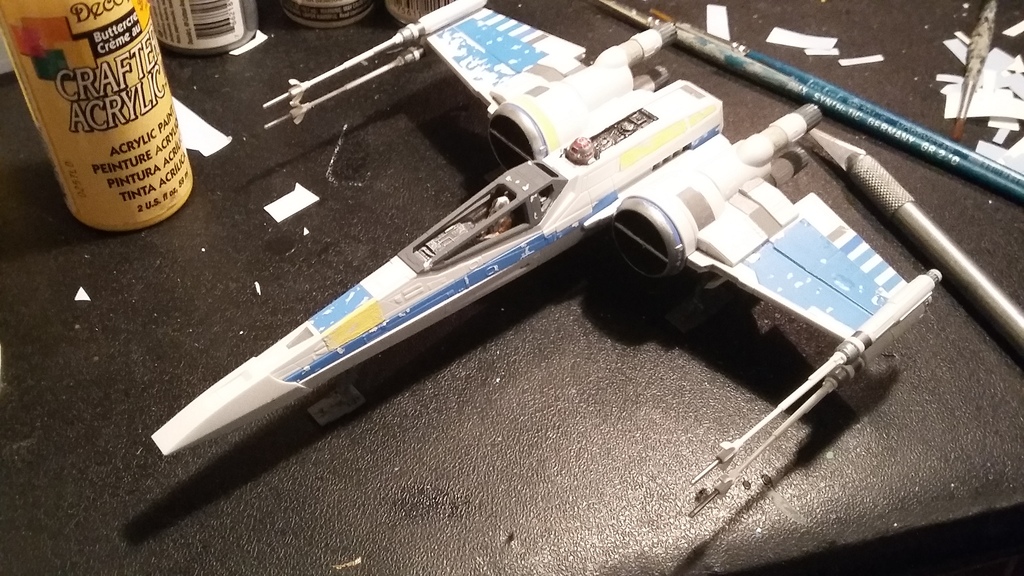 The added blue stripe actually only looks different because of sheen. The decals are glossy, and my painted stripe is flat. I am going to dullcoat the whole thing before I finish, so the difference should dissappear.

Ah, yes you did! And it looks great, too!

Thanks for the comments guys! Sorry no updates. Just had an emergency replacement of a water heater - which happens to be in my model building space, so everything is currently all over the place. Gotta clean it up now so I can get back to modelling!

Sorry to hear about the water heater

Looks good. What weathering did u do. I'm concerned about. Using enamel and oil washes on bandai kits

As for what paint I use - Tamiya spray for base coats and clear coats, and, believe it or not, I use Dollar Store craft paints for everything else!

I'm calling it done! Just added some dirty wash and a bit of drybrushing and I'm calling it complete. I didn't want to mask and paint the clear canopy provided, so I was going to cut some thin clear plastic and put it in the empty frame, but that turned out to be... wanting. So I left it. At a later date I'll probably mask the clear canopy and paint it replacing this one, but that will be much later - when I'm bored. 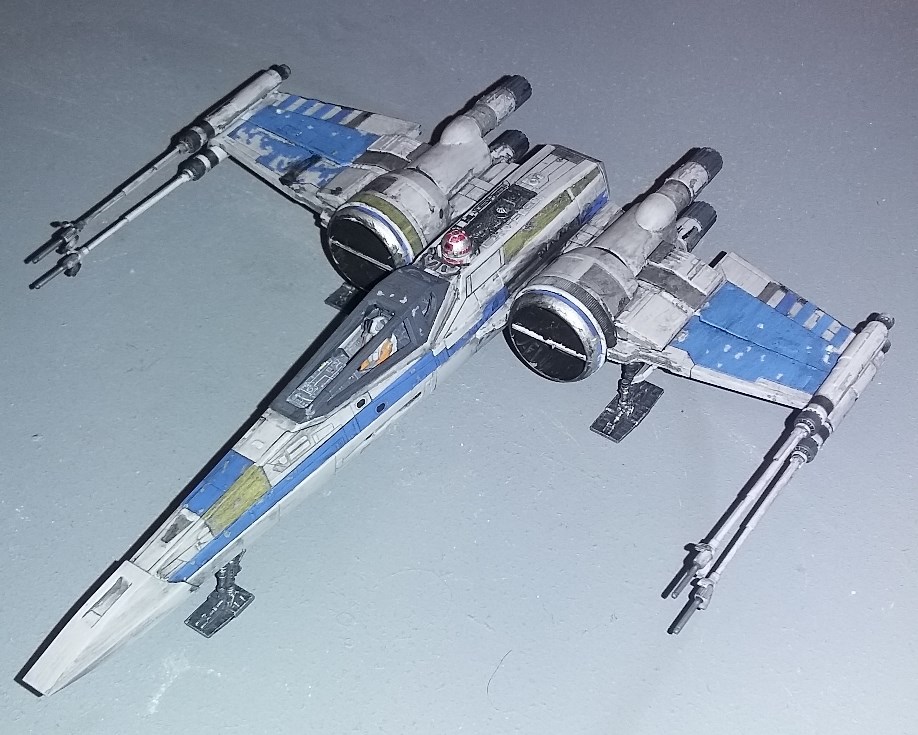 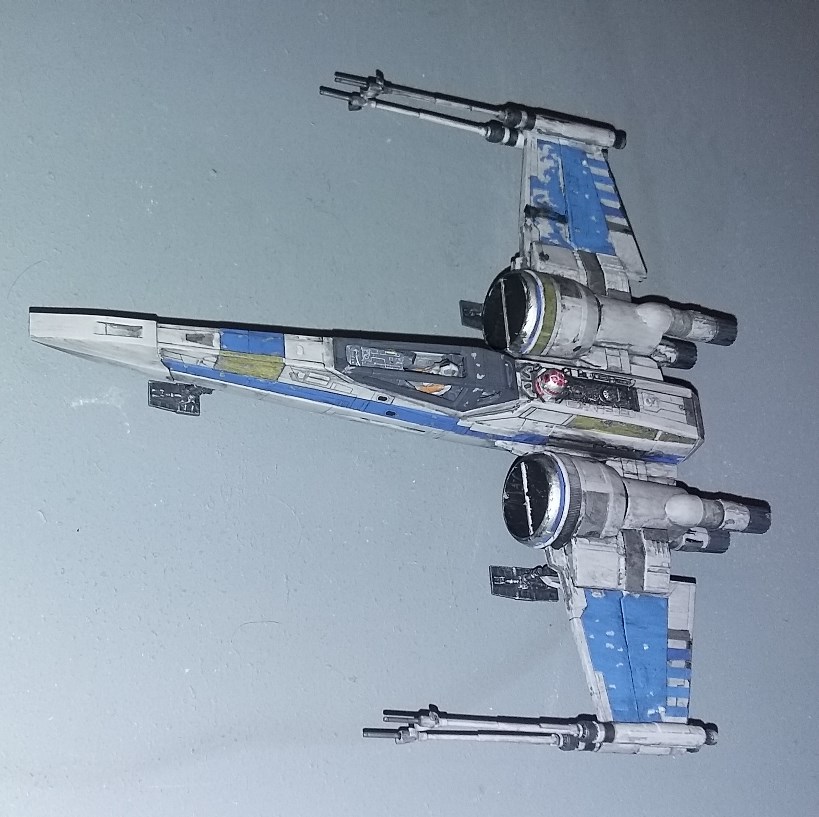 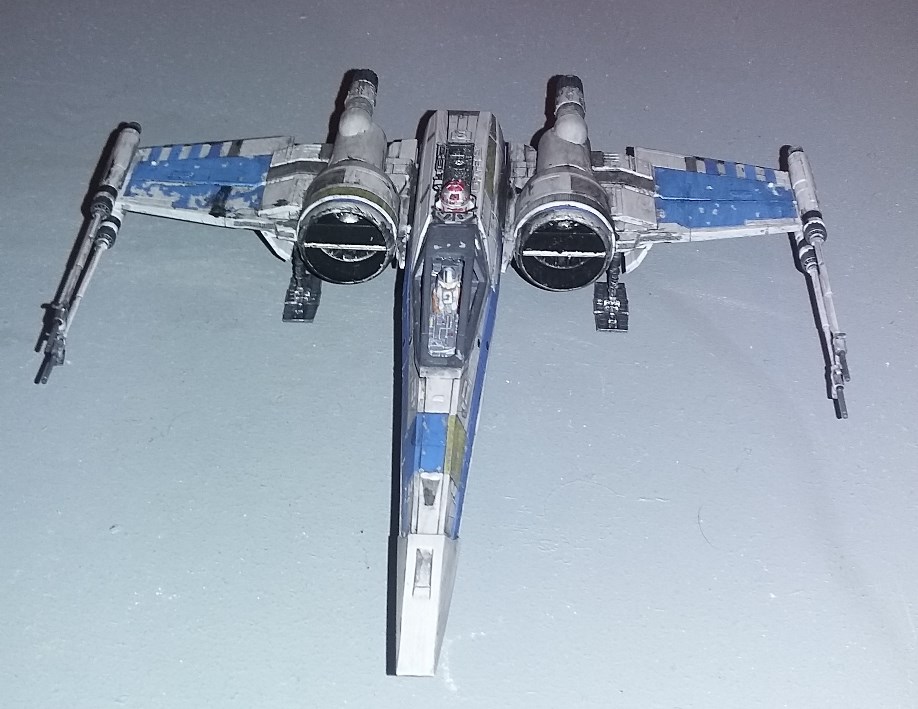 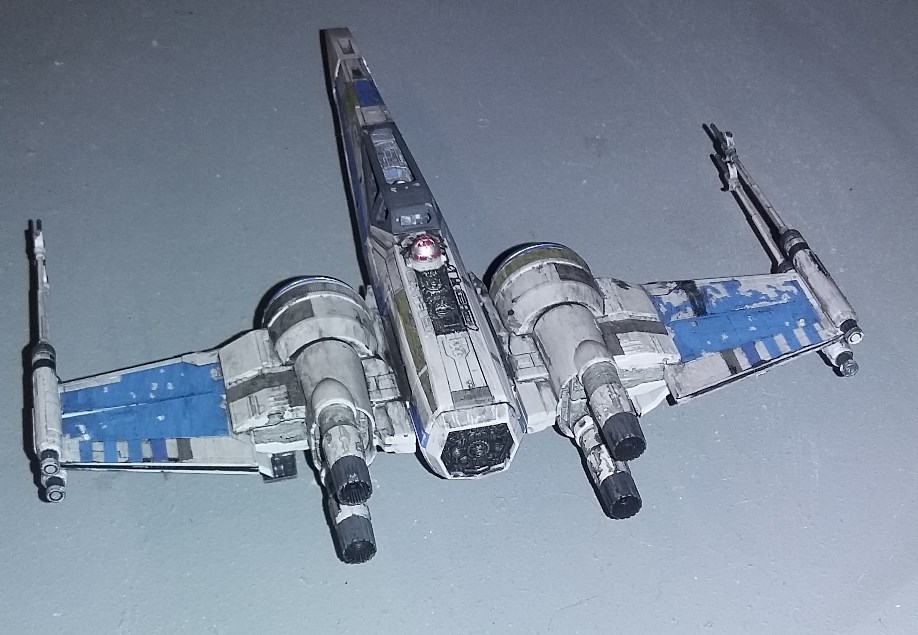 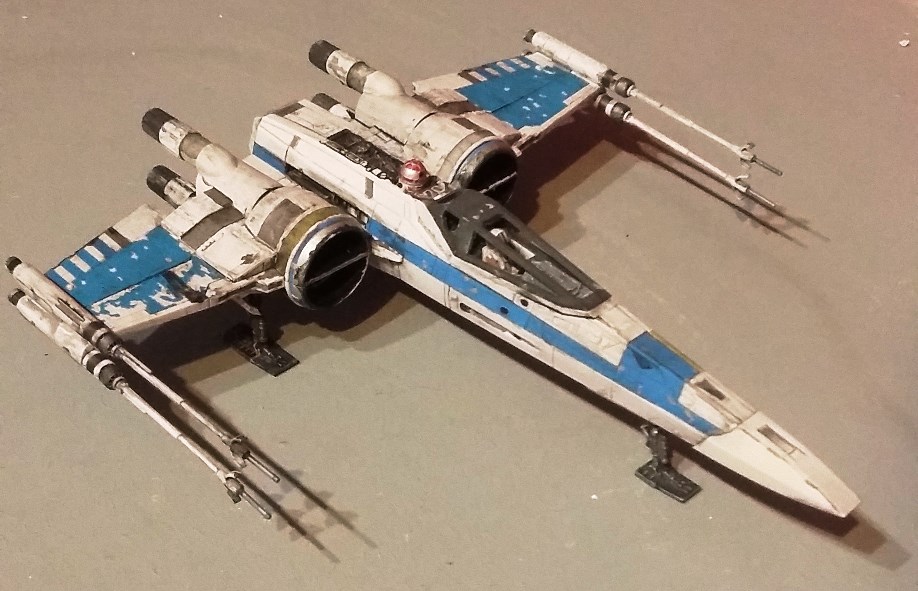 Gotta love a dirty x-wing! I dig the heavy pealing on the right leading edge.

Excellent work on this