This is an older build (early 80's) of my own design which is not intended to fit into any series or universe. It does have a Macross Kite roundel on it, but I had just gone through my stash of extra decals and used that one because I wanted to that area a spot of color. I wanted to make an obviously well used ship, a small scout explorer that has been stripped and retrofitted over time. I did have a set of removable panels to cover the aft section but those have been lost over the years.
For those with a sharp eye for anime subjects you will see a multitude of parts. I pretty much just ran through the donor parts stash and found some interesting stuff. There were no drawings done before hand, I made some basic hull shapes from sheet styrene and began fitting stuff together. The semi-gloss areas are windows as I made them back then, I did not want to get bogged down with cockpit interiors which need to be designed around and built before hand- this was just a build for fun.
BTW- the two forward side guns swing down (surface attack mode) and the two aft landing gear pads swing up to tuck under the main engines and help protect then during flight, While the forward manipulator arms do not actually move, they were inspired by the 2001 Space Pod arms and are articulated the same way.
The model is about 9 inches long and photographed on a 1" scale grid.

This ship has no name or even a clear definition- I wanted to have the person looking at it to come up with their own backstory, just like seeing some vehicle on the tarmac in a background shot. 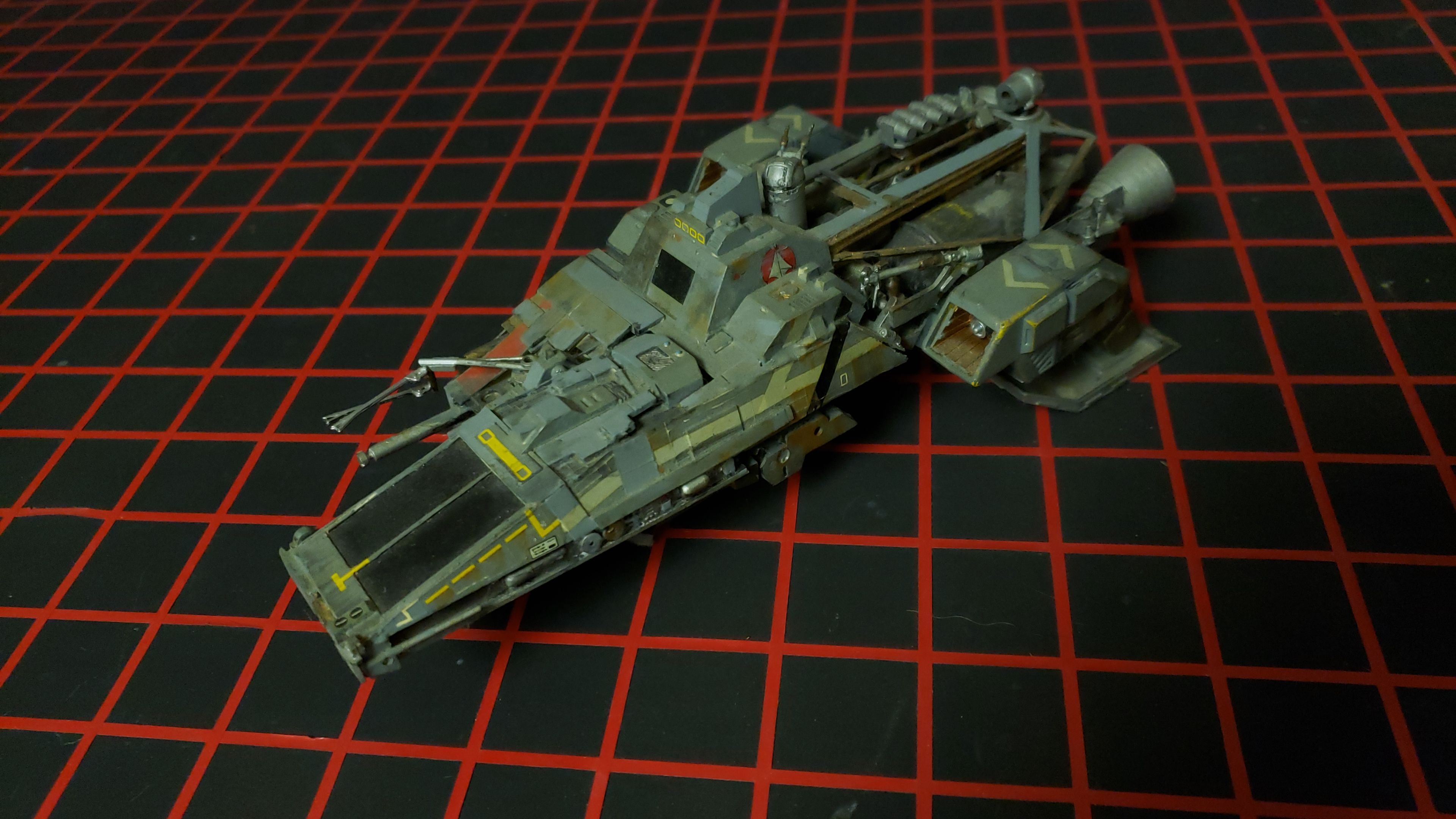 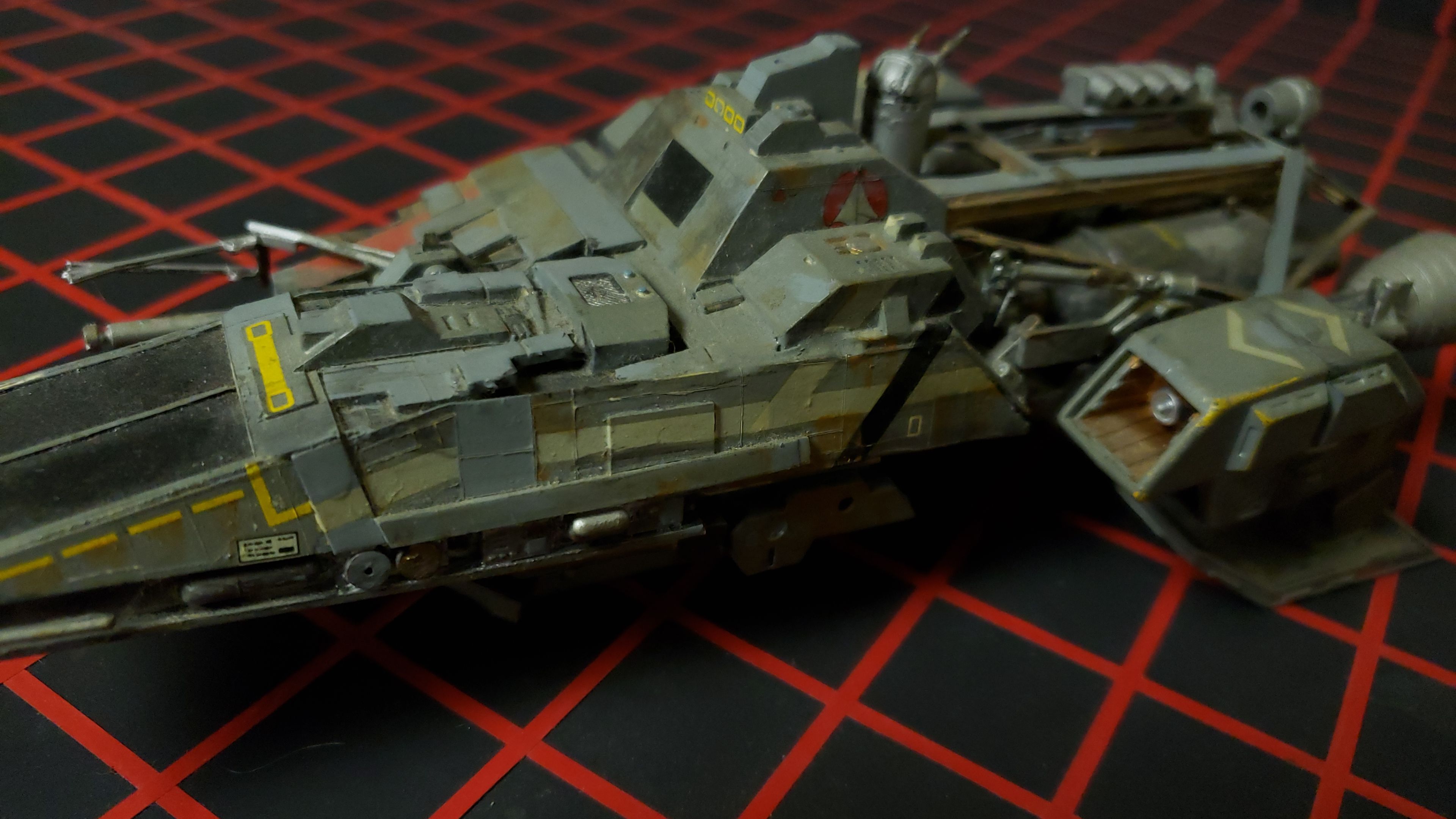 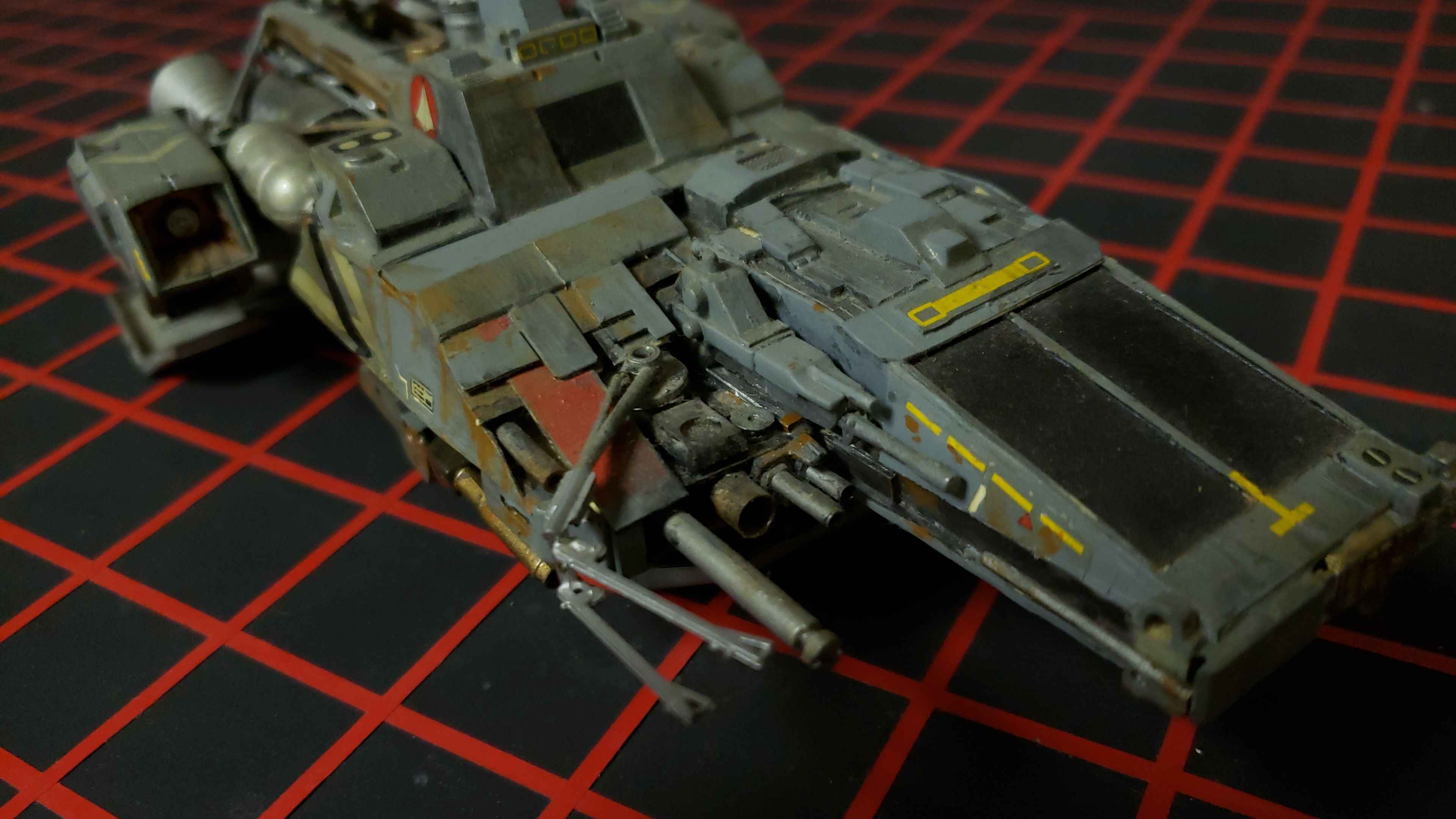 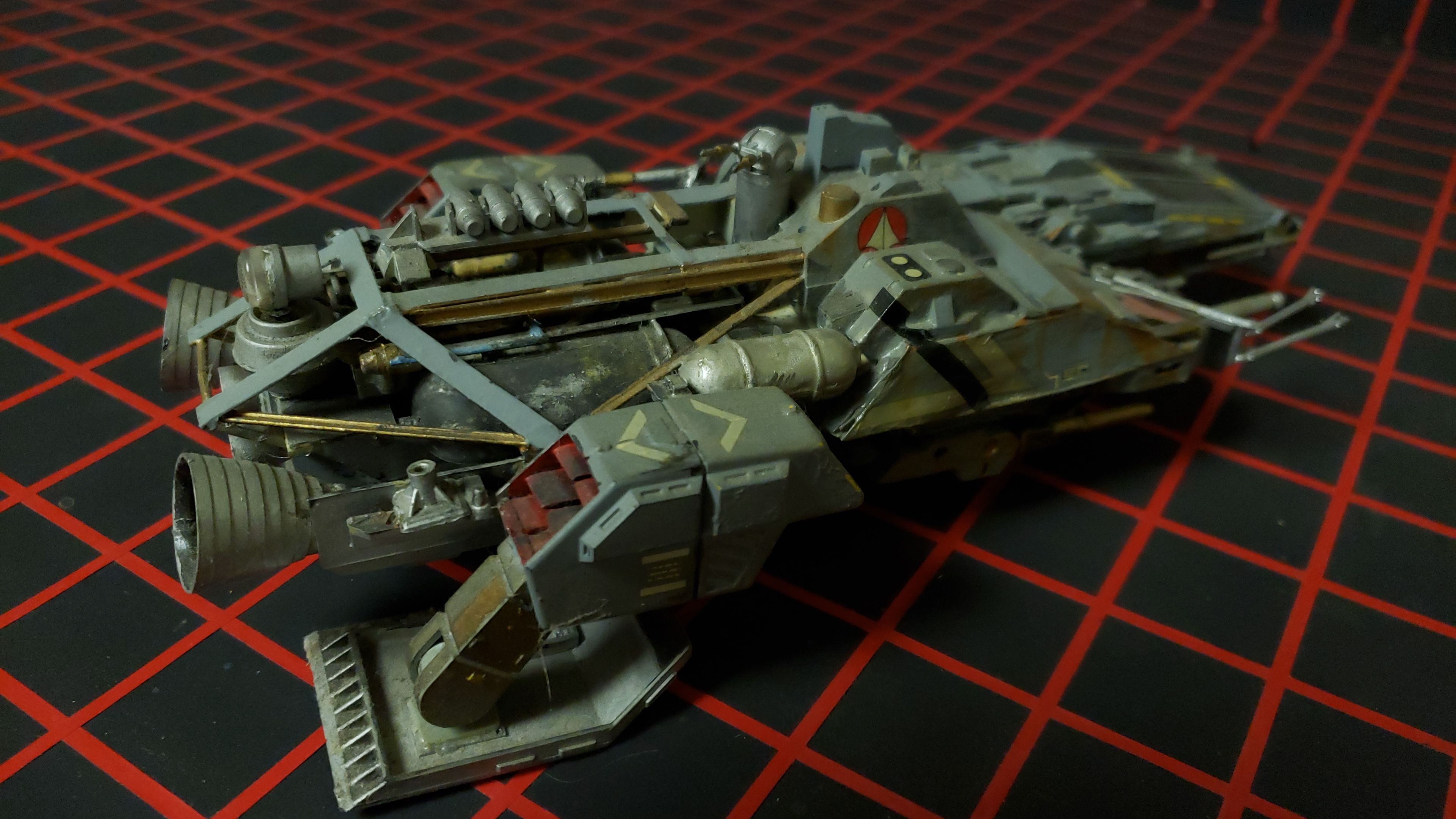 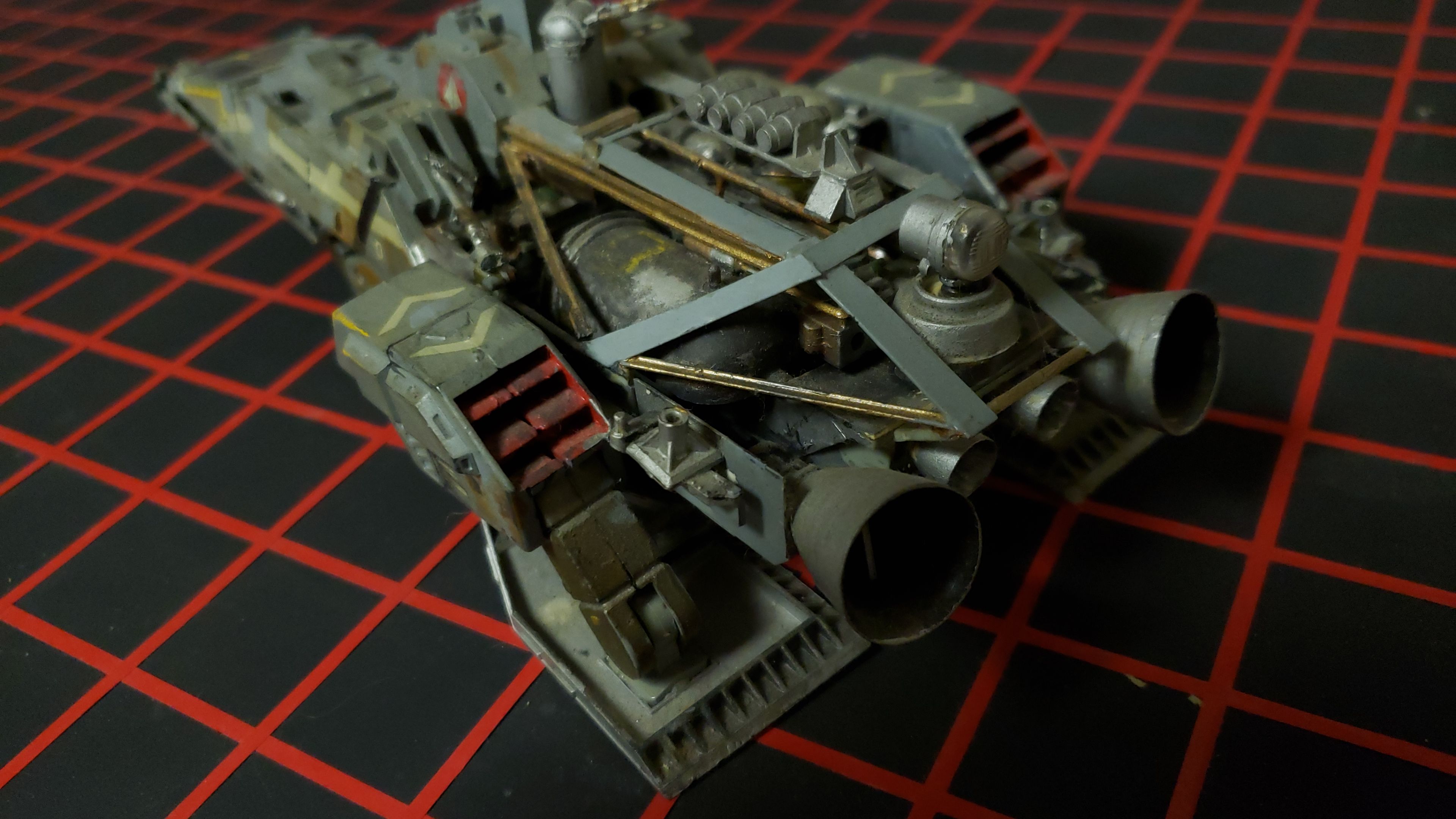 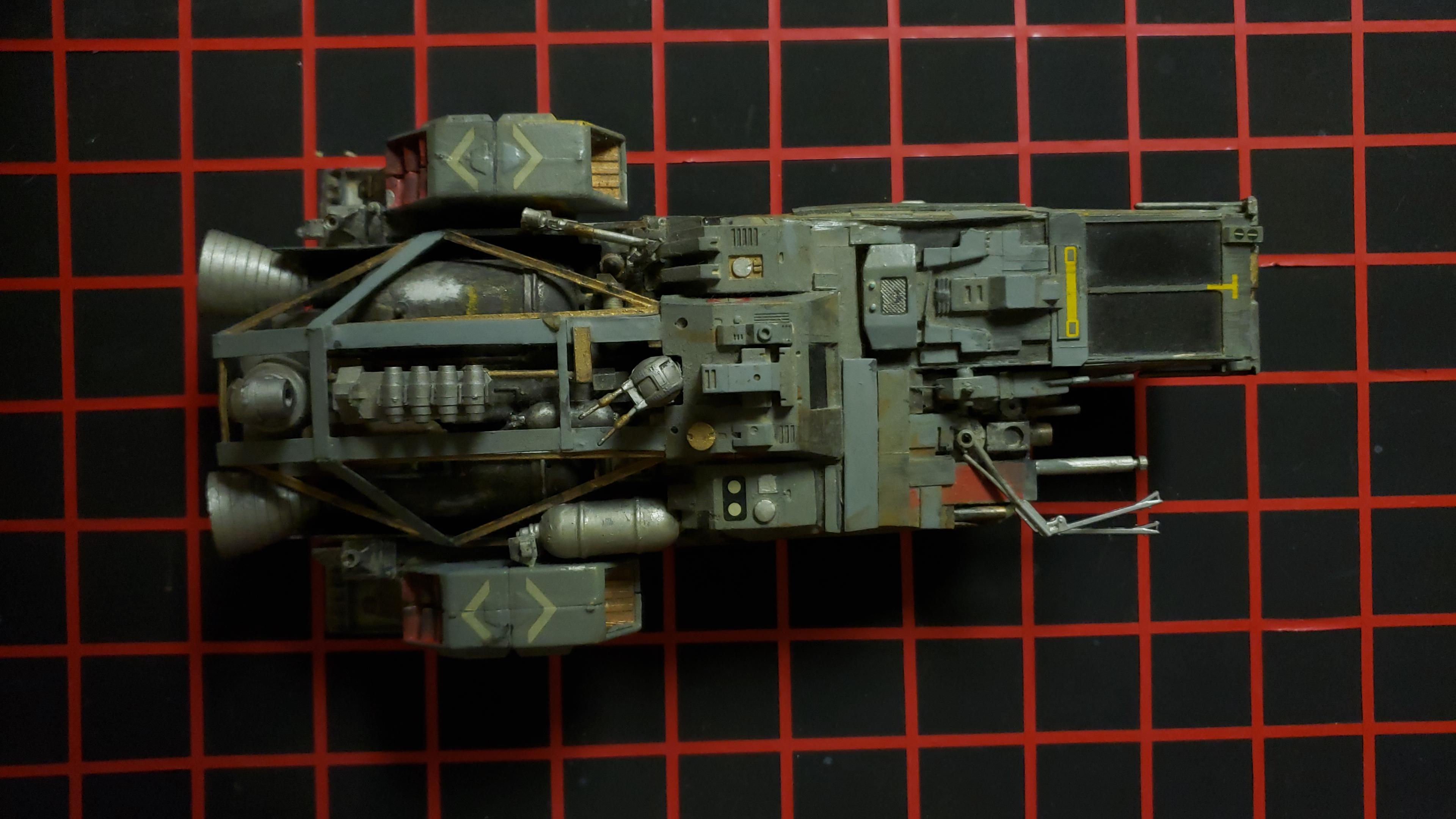 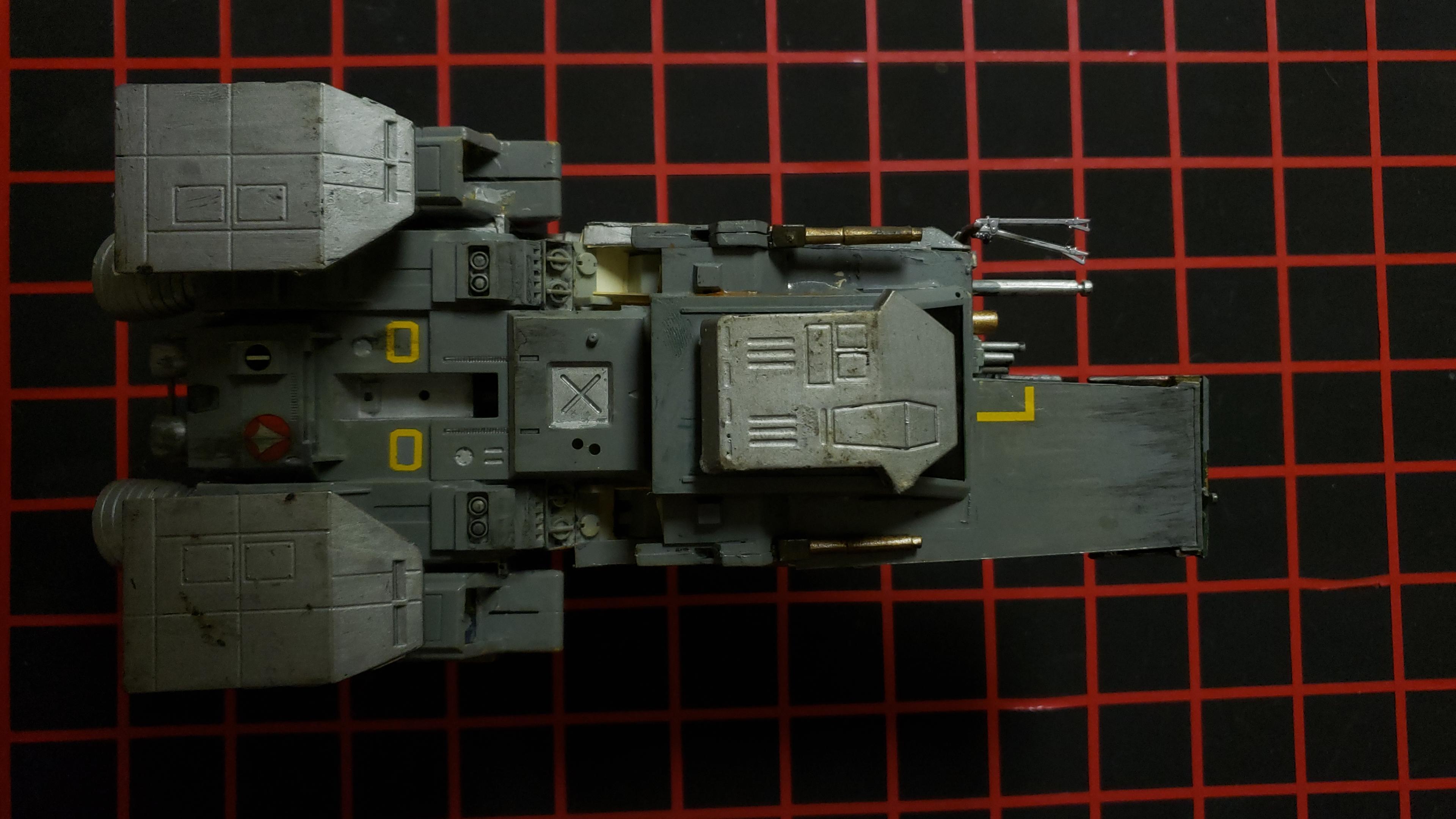 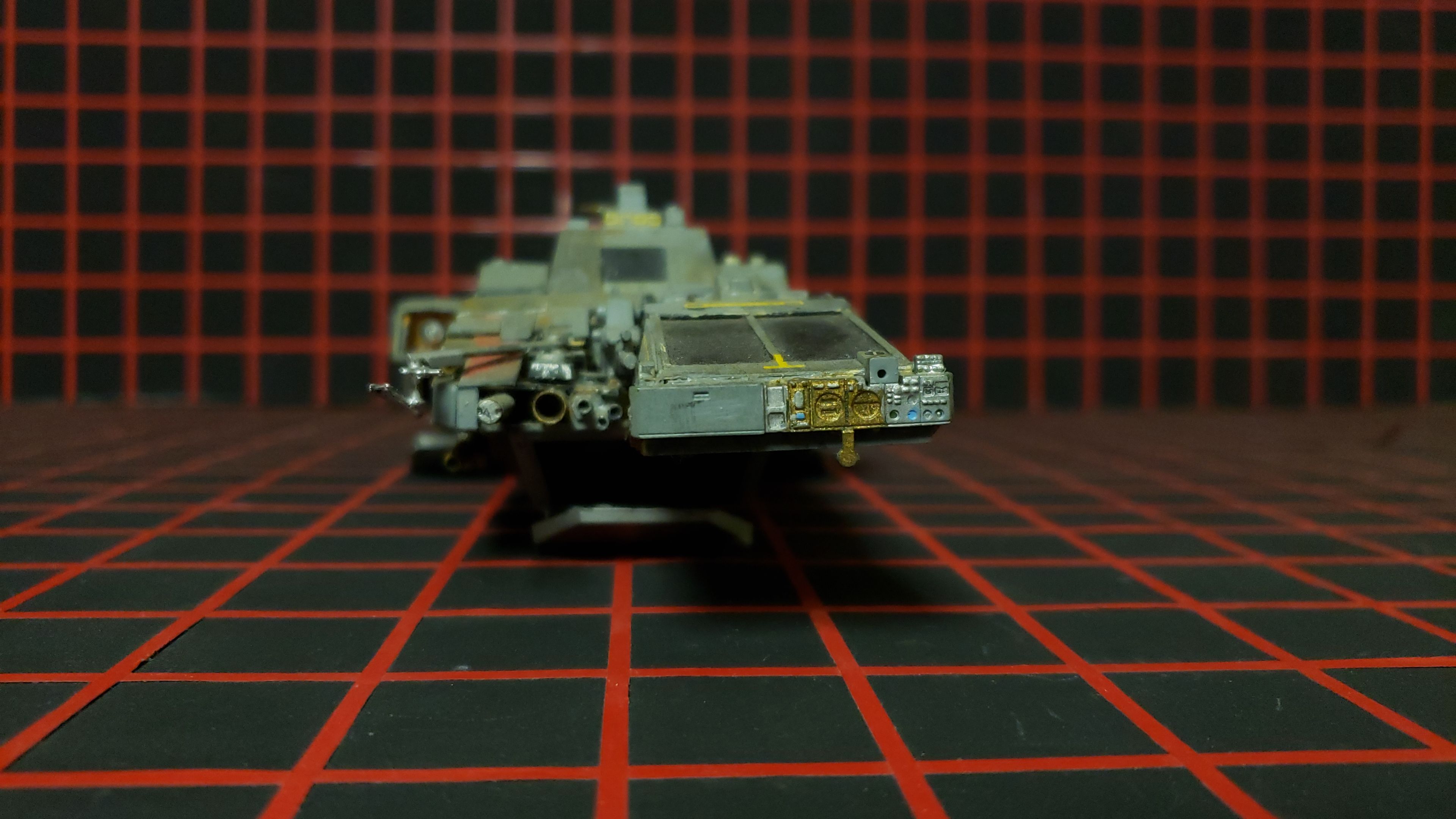 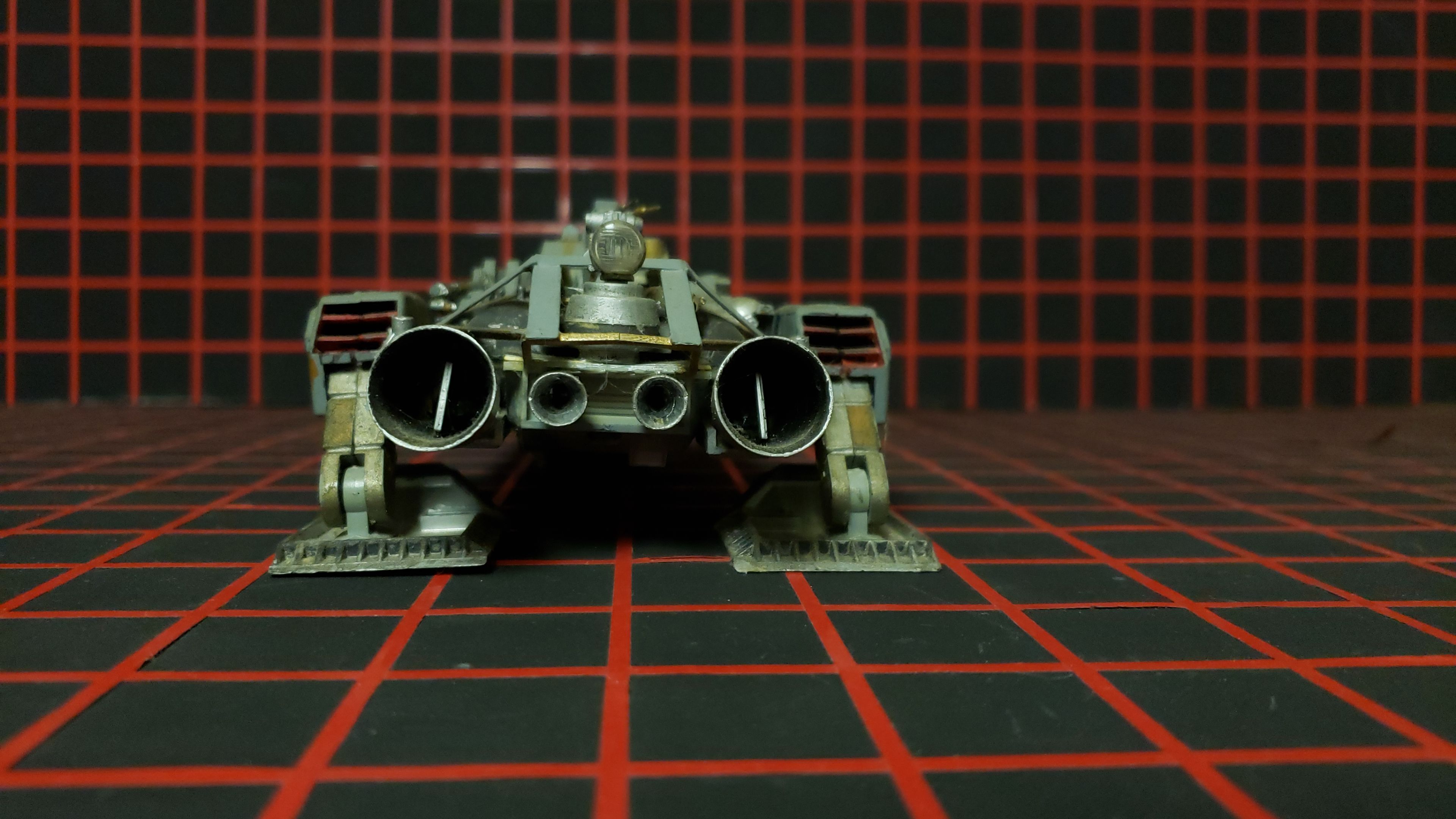 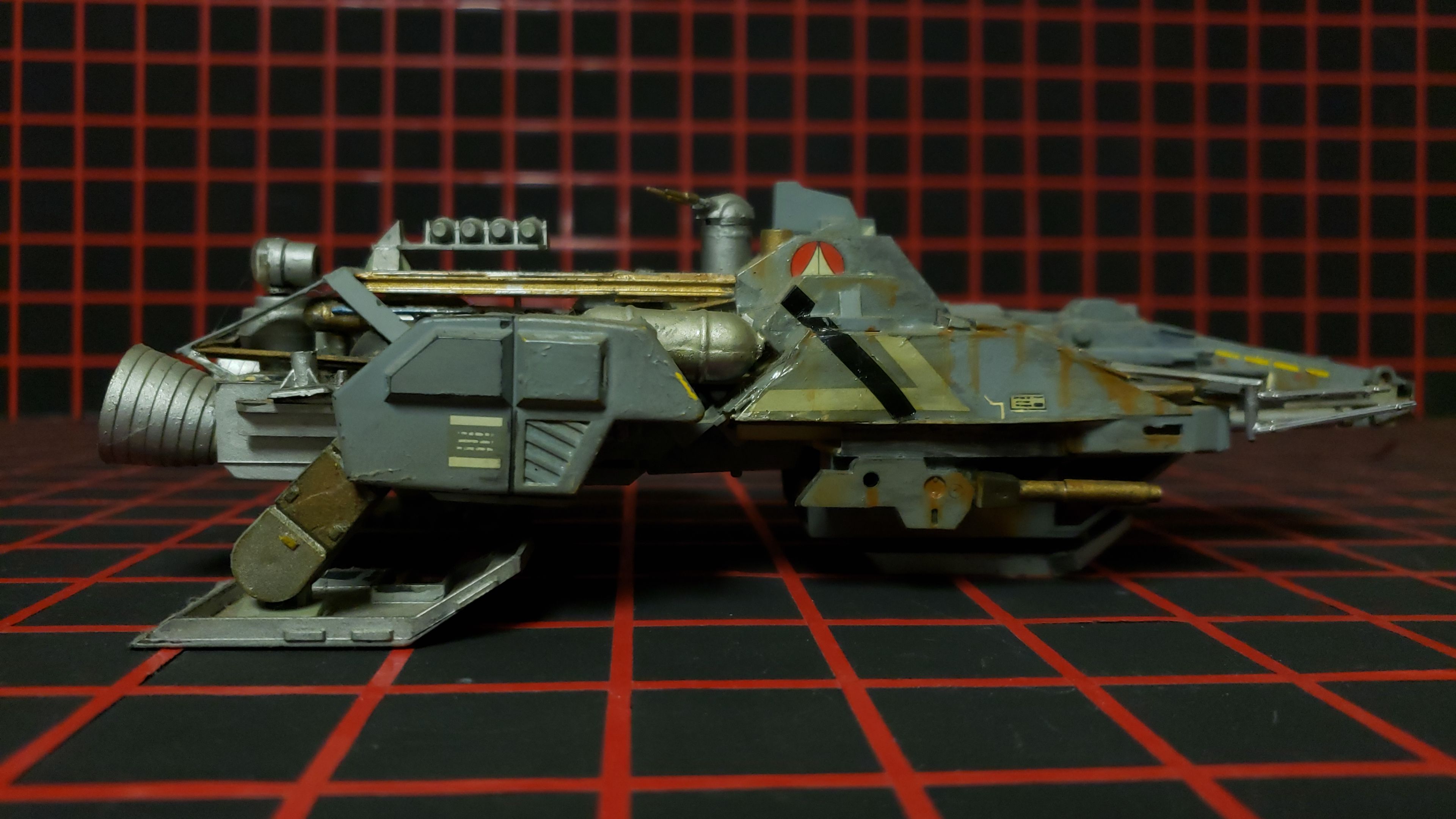 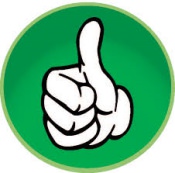 Definitely a unique craft.
Could be at home in many universes