This will be a FULL MEAL DEAL build, meaning every and all manner of aftermarket will be used. Parts list:

ohh no he controls the AFTERMARKET!!!!!

A Lot of Aftermarket Greebels

Haha so many entries I already got pushed to page 2! Oh well!

Anyway, I'm just getting geared up for this one. I totally cleaned my bench and setup a WIP â€œphoto boothâ€ for the time being. John Simmons recently shared his workspace in a vid and I noticed a little area on the side devoted to photos. Unfortunately I donâ€™t have that luxury of space so I cleared off some of the stuff on my desk shelf and rigged up a backdrop. The desk lamp should be good enough for WIP shots. 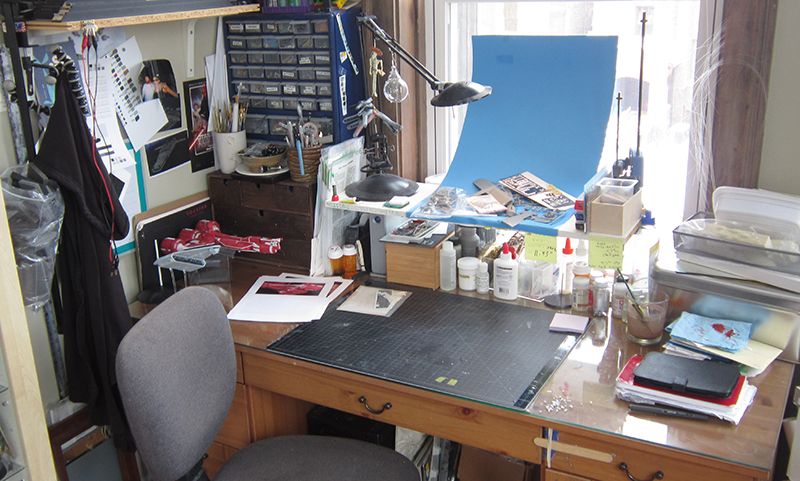 I also went through the parts and filtered out all the components that usually come with the A-variant sprues and some of the ones from the D-9 kit that will be ditched. 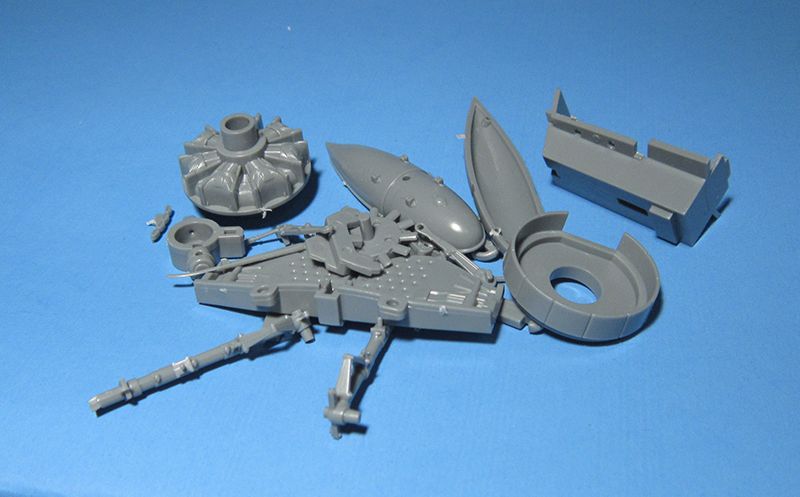 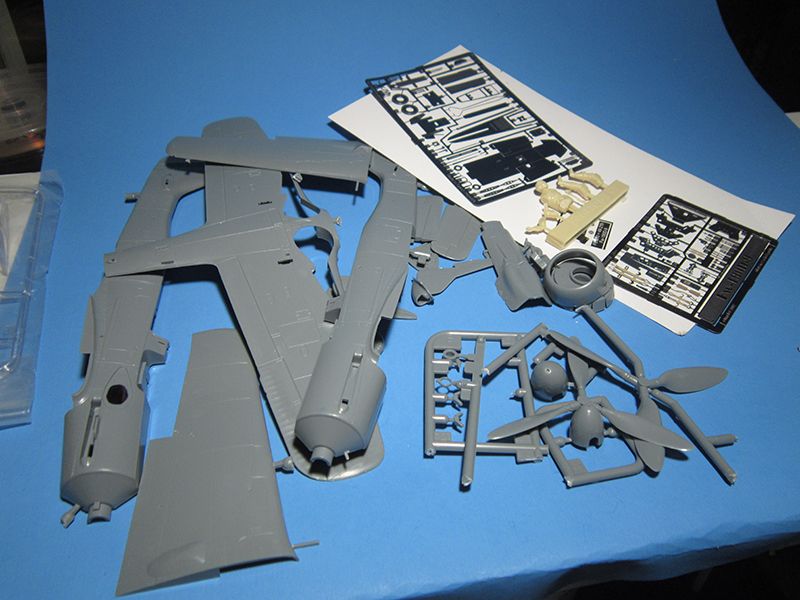 The last pic is where I plan on opening up some spots: the shell chutes and the supercharger intake (marked in black).

Gotta kick it up a notch, eh?

Talk about an after market buffet. ;D

Looking forward to this one. Doras are fantastic.

And Tamiya's kits are the best Dora's out there.

Big updated tonight representing about 2 hours of work put into it this morning. Sorry about the white balance bouncing around so much; my workbench area gets morning light.

First I trimmed up the cockpit areas on the fuselage in preparation for the photo etch pieces. The fret has a cockpit tub shape and sidewalls so there needs to be room.

Drilled and shaped openings for casing chutes, intake and lift points. The chutes were tricky because I don't have a file small enough to get it just right so I was very careful with a sharp #11. I actually went around behind the opening and thinned out the areas so it looks more in scale.

The landing gear doors weren't designed to really fit in up position so a bit of sanding/shaving was needed around the edges.

They also don't fit totally flush without a little help in the form of an offset. The extra bits of styrene also help to close up and peek-a-boo gaps.

Also added the wheels. Since the edge of the tires are the only thing that shows I just glued them straight in place. I was a little concerned about there not being enough room (which is silly because I'm not using the wheel well part) and I cut off the detail on the inside of the upper surfaces. 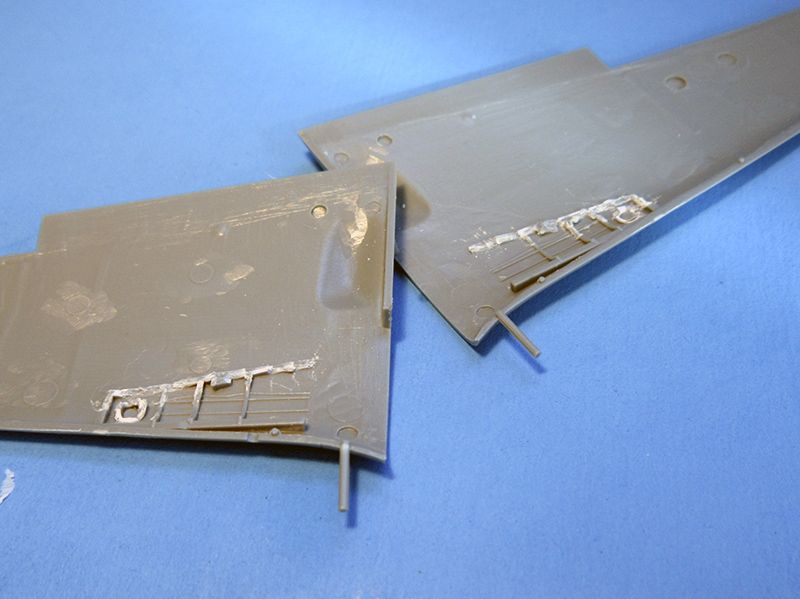 This was also a good time to join the wings. 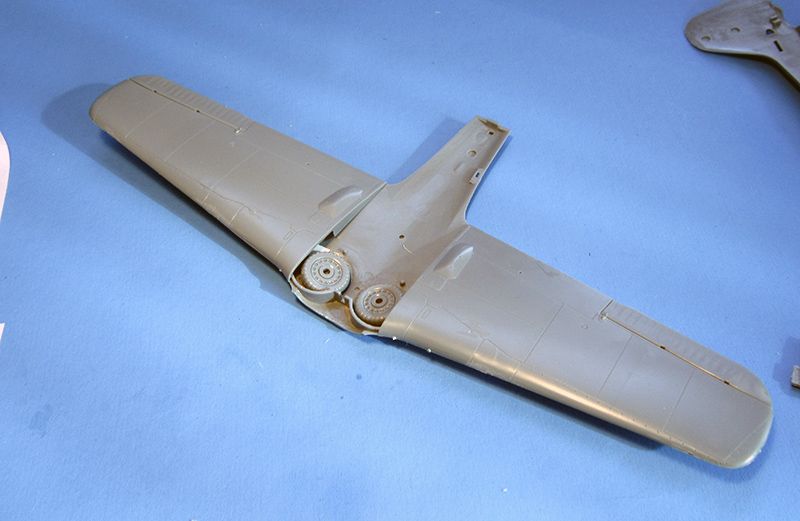 You can also see I filled and puttied open areas on landing gear areas. There were initially filled with styrene but then I trimmed it down and added the putty. The final look will be nice and smooth. Also puttied the supercharger intake. 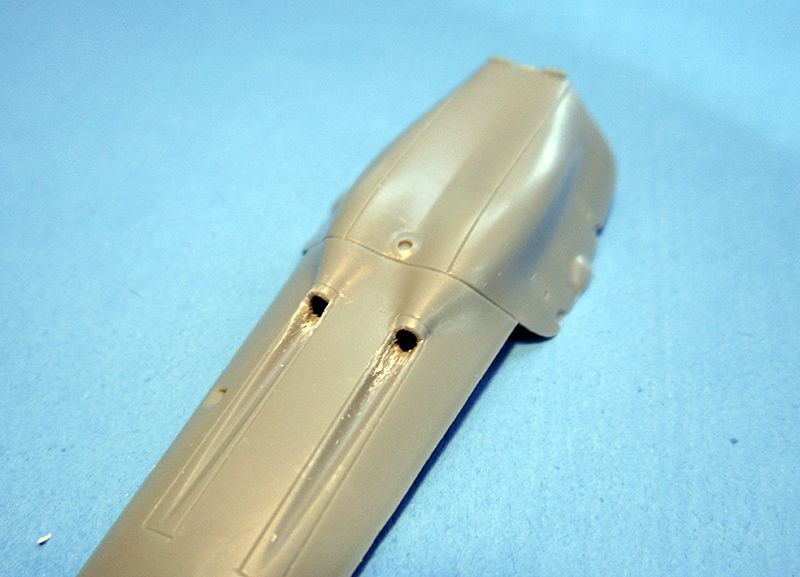 A couple small things, too. Primed/Etched PE to better prep it for painting, cowling assembly and added aerial and vertical antenna lines. 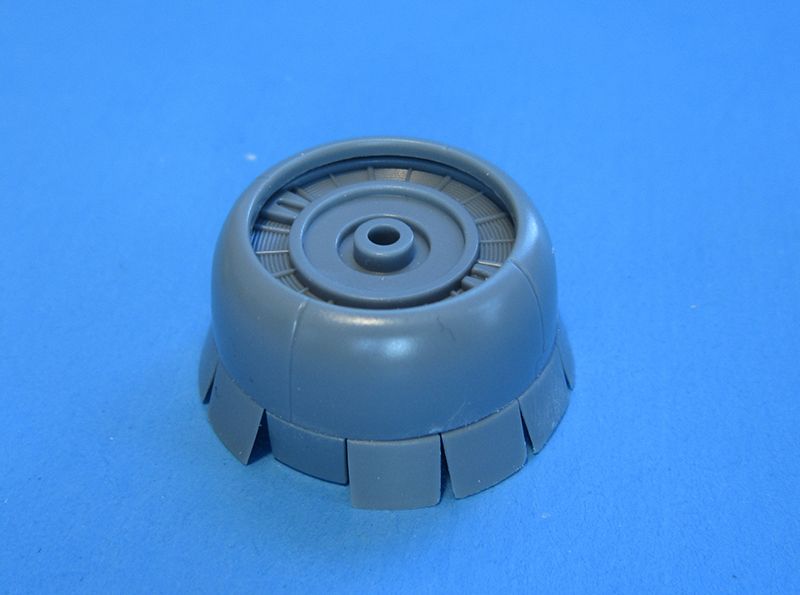 Dry fitting the wings to fuselage cause me to learn about a gap that needed filling...on both sides. This was remedied by some very thin styrene which I will trim next.

But the angle looks good....

Lastly, for this update. This bird is magnetized. I figured the short stack would be plenty powerful enough to keep it from spinning around if the center of gravity is off. That's yet to be determined. BUT the magnets I used are also just right for the top of the Round 2 ball joint. I had to rough up the magnet with some super coarse grit sanding sticks to get the bond nice and strong. 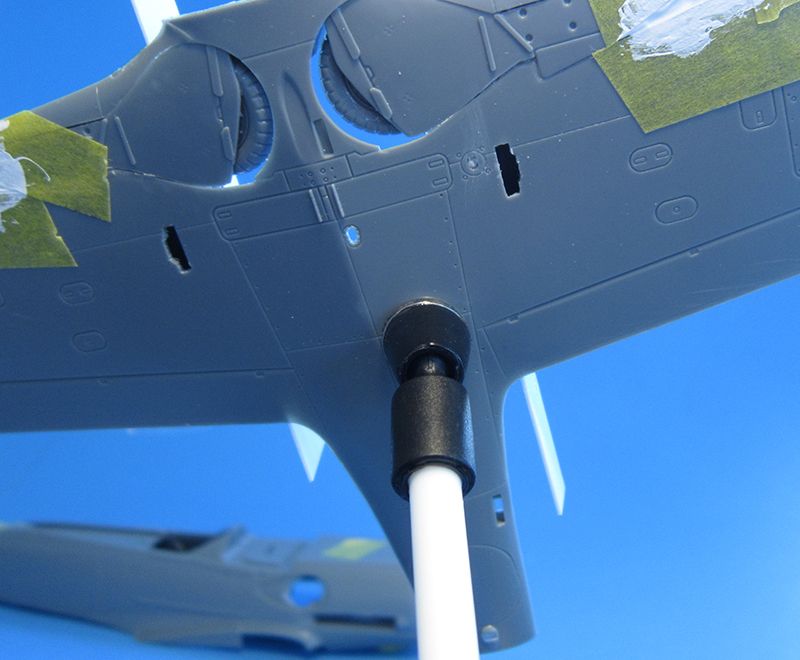 Excellent progress, Nick.
Thanks for showing us some of how you work your magic 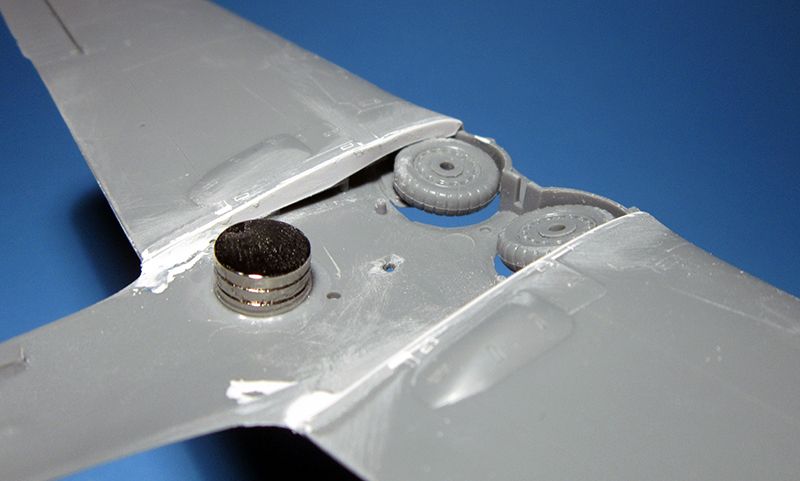 Magnets!!! Nice trick with the magnets, makes it easy to remove the plane and put it back...