Description
This is a Sturbuck's Mk. II Colonial Viper fighter from the new Battlestar Galactica series, a well-known kit by Moebius in 1/32 scale.
The model as it comes in the box is a fairy good representation of the CG version of the vehicle used during filming, however I wanted to give it some modifications.
First of all it was the lighting of the engines and the cockpit consoles. ParaGrafix PE set turned out to be extremely handy for this purpose.
The pilot is the female figure that I had taken from the Moebius Mk. VII Viper kit and have modified it by cutting out the helmet plate, inserting there a female face borrowed from a kit of WW2 Red-army soldiers and adding sitting belts. I have then made the helmet's glass from a piece of thin clear rounded plastic.
The model's hull surface always seemed to smooth for me, so I've decided to add more panel lines resembling something between the original series Viper and the modern aircraft fighters. I have also cut out and detailed all the maneuvering thrusters and the emergency canopy shoot-off charges hatches on the sides of the cockpit. Opened maintenance areas have been detailed using the left-over PE pieces and some brass rods. Finally, I have added a small intake on the centre-foil and the red navigation lights on the tips of the wings, made of small clear-red beads (I did not want to light those up as we almost never see them lit up in the series).
The model was painted with Vallejo paints. I've gone my usual way of a prime-coat -> Future -> chippable coat chipping technique for the red markings and have also add some slight silver chipping on the edges of the panel lines by painting them with a brush.
MiG and AK washes and weathering products and Tamiya and Wilder solid pigments were used for finishing the model.
All in all it was a pretty funny relaxing build, that gave me a desire and laid a path for further other-class BSG Vipers builds. 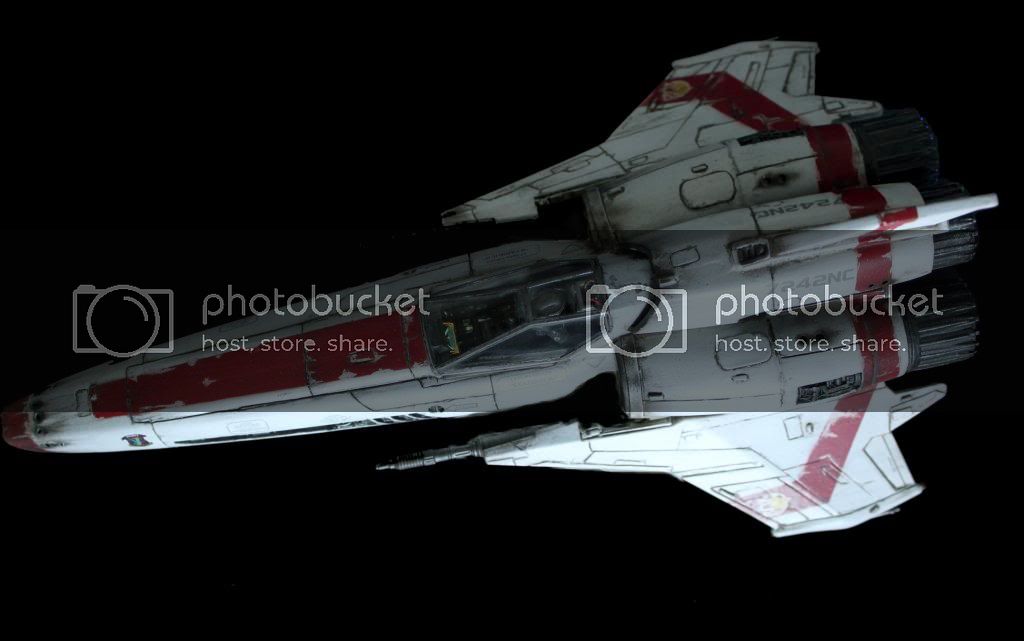 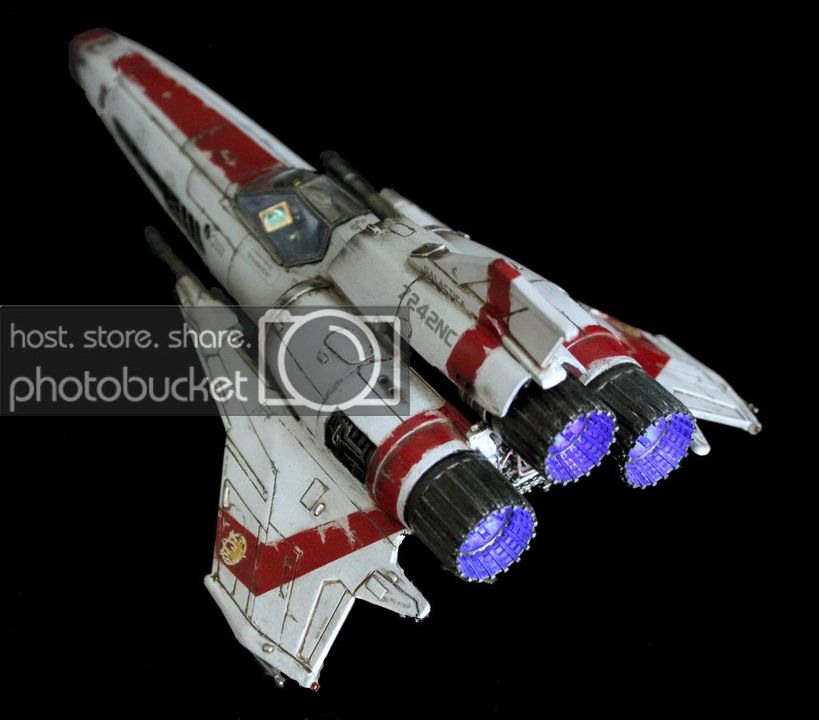 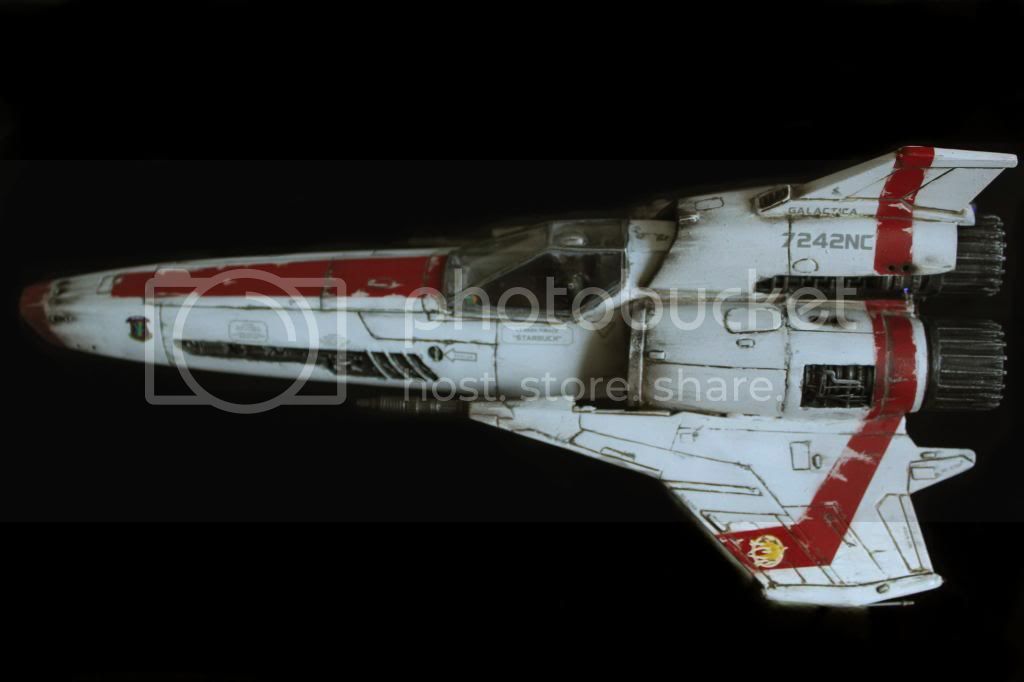 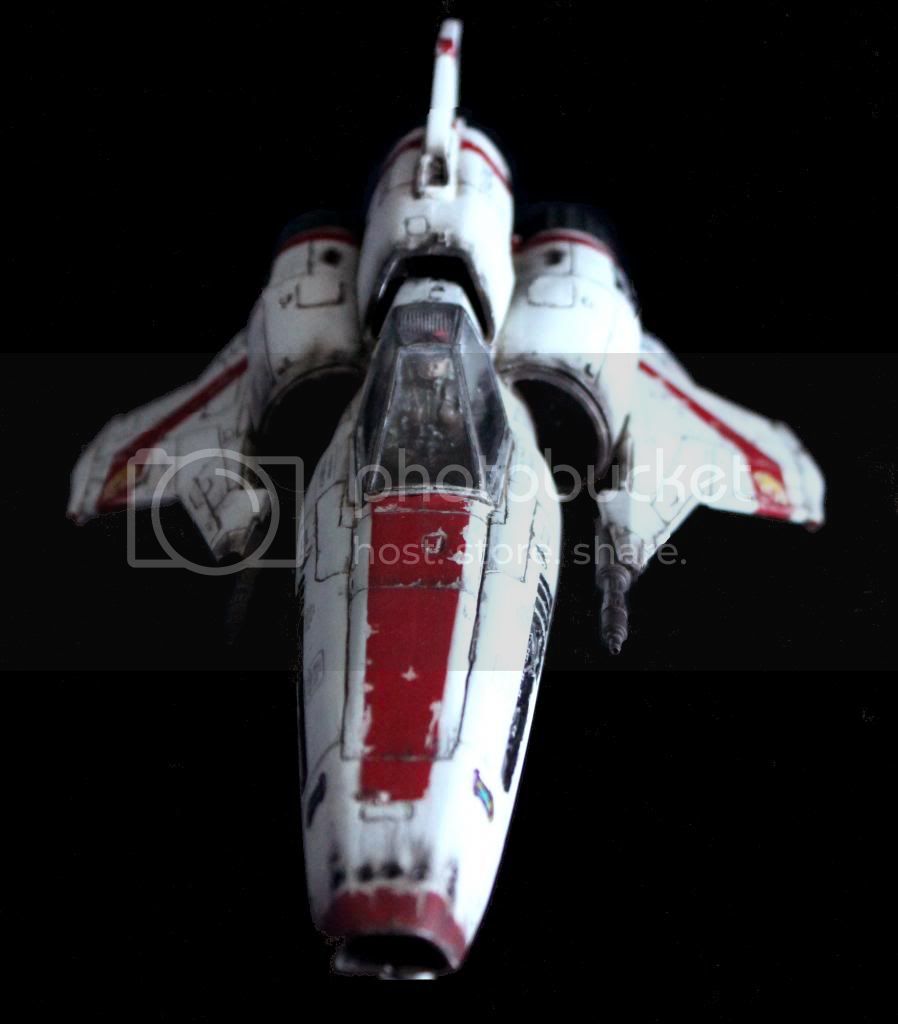 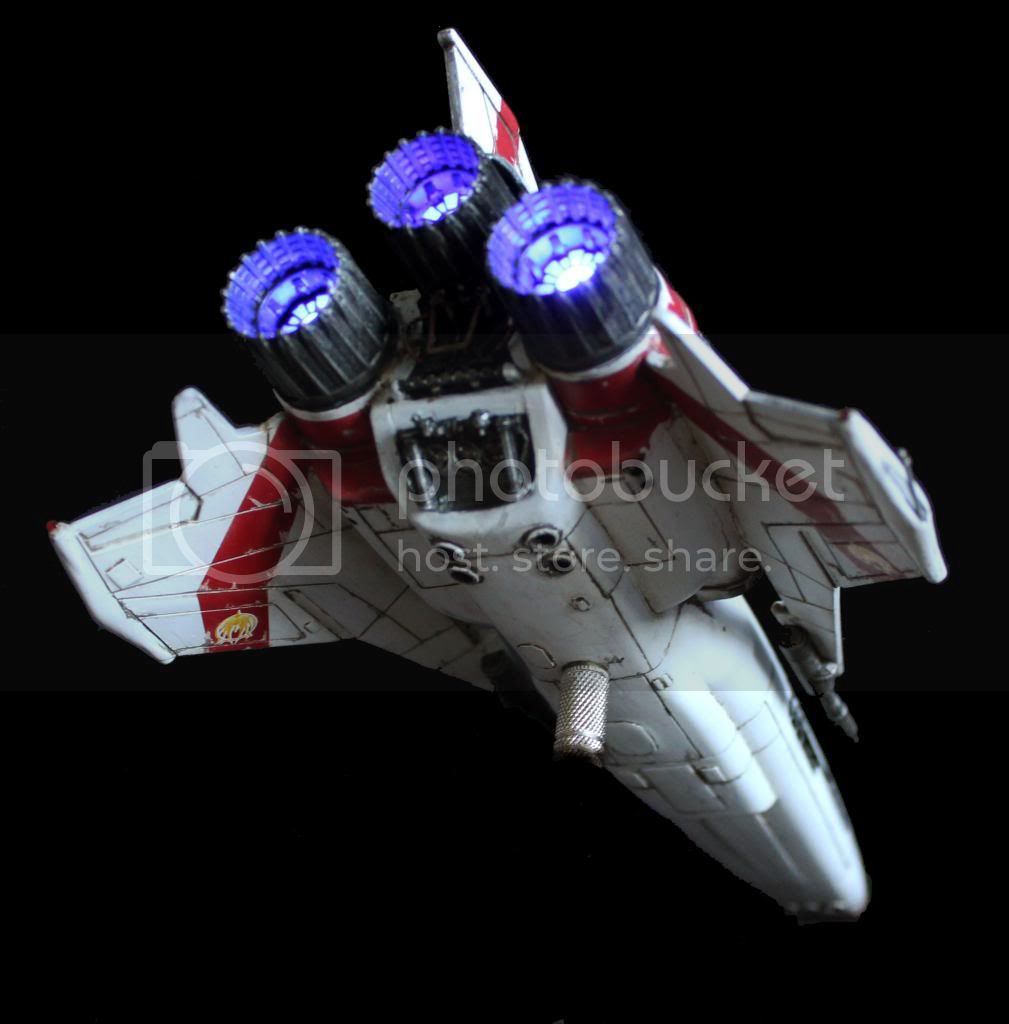