I've had these 1/9 scale vinyl figures stored away for a few years , but as I'm currently without a compressor , they were always on the "to do " list . On clearing out my storage area , I rediscovered them and thought "sod it , I'll build 'em the old fashioned way , with a brush" ! Anyway , I decided to combine the two in a simple diorama and here's how far I've got . 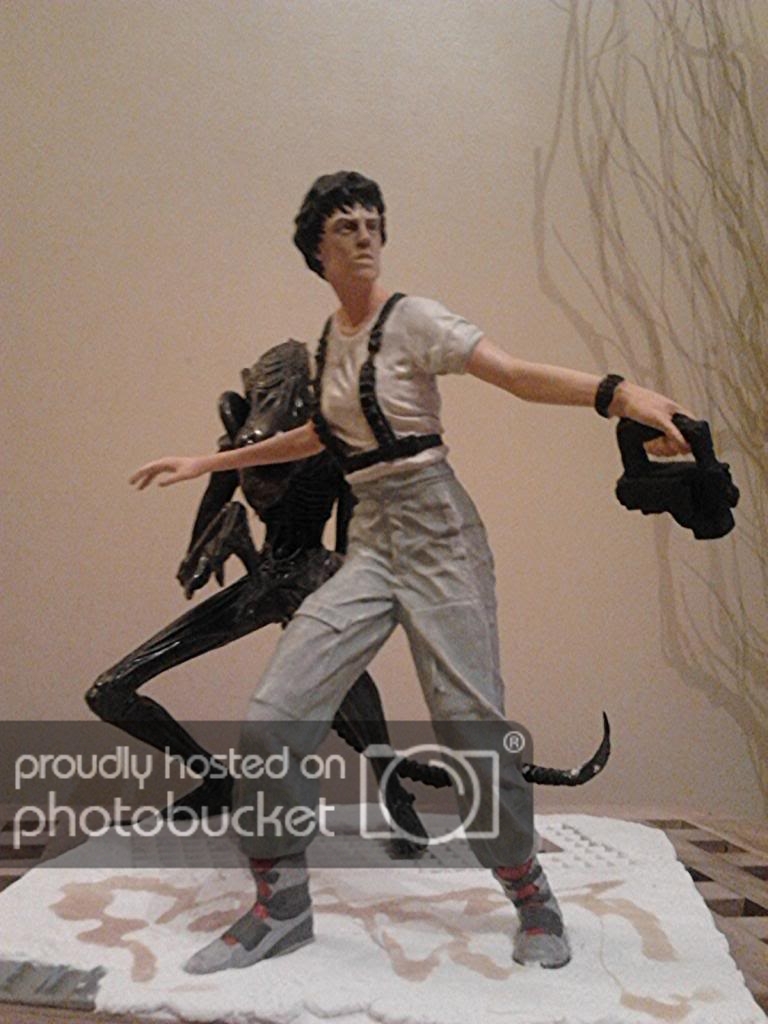 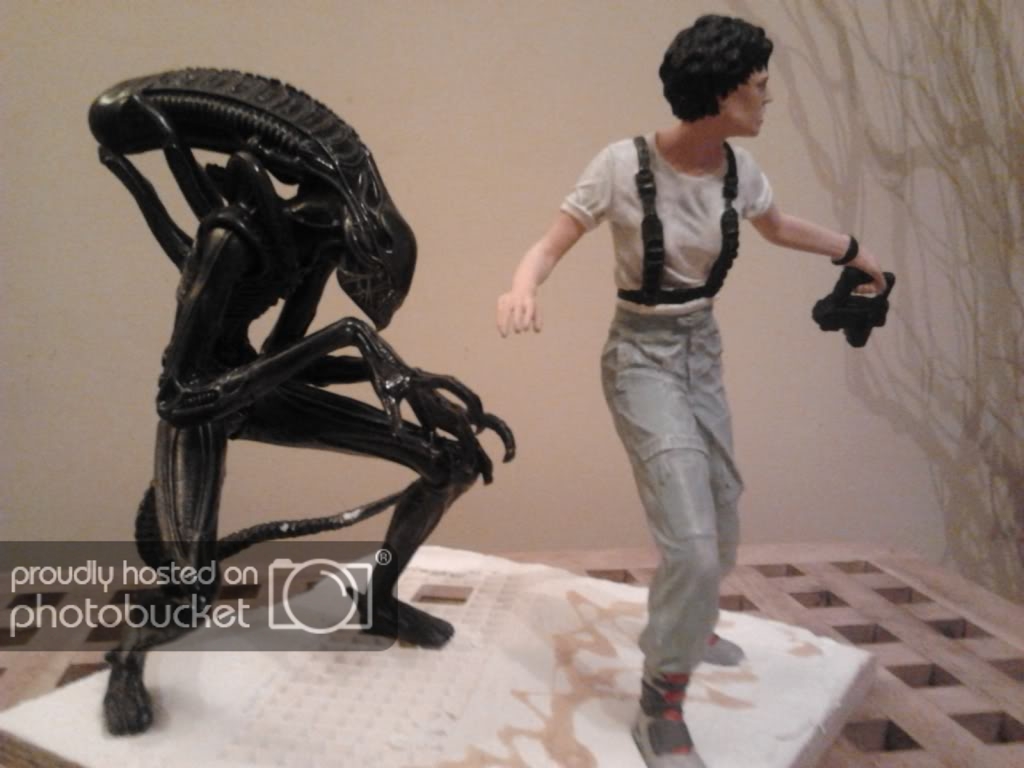 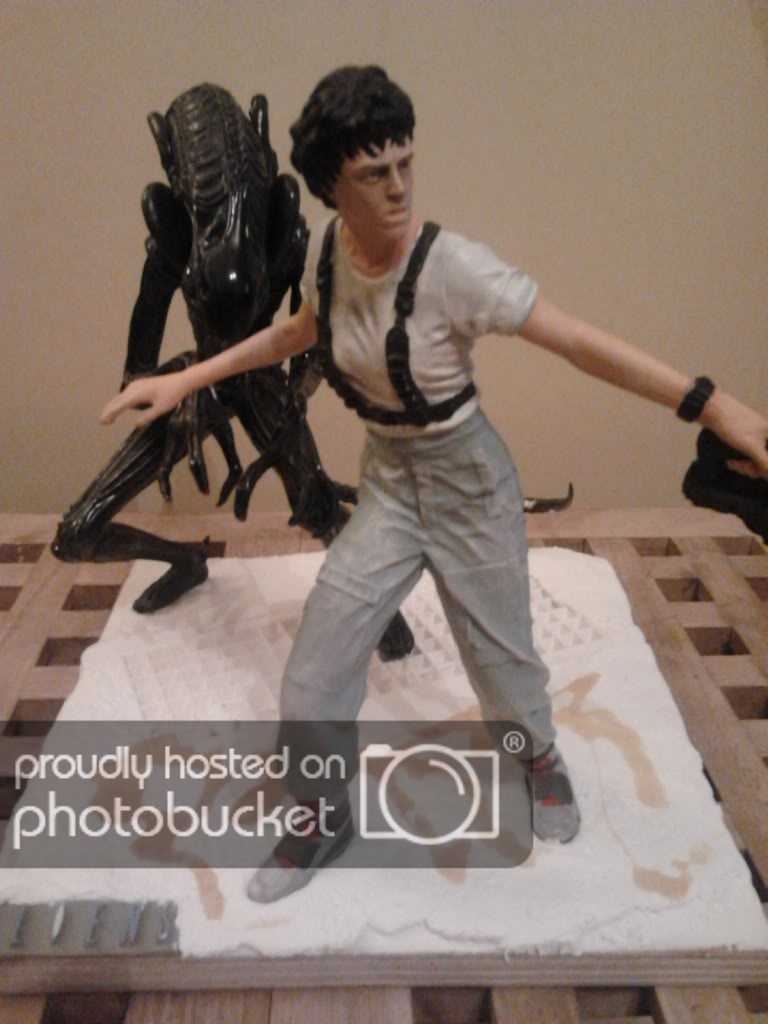 The Ripley figure still needs a little work and the positioning of the Alien Warrior is still not 100% certain . One thing about the Ripley figure that irks me though , is the lack of weapons . The kit is very obviously "scene specific" and so the lack of the Pulse Rifle/flamethrower combo is a little baffling ! Anyone any suggestions ? I've been keeping my eyes open for a cheap action figure ( the recent NECA Marines are the obvious choice , but I'd settle for the old McFarlane offering at a push ) with a Rifle I could use for a starting point . I could scratcbuild one , but to be honest , that's a whole project in itself and one which I'm not really ready to commit to .

I've not done any more work on this project , as I'm waiting for the weather here to improve , as this is an "outdoor" job , due to the mess I'll no doubt make ! ;D

Not really an update as such , but I recently discovered that Geometric produced an "add-on" set for the Ripley kit consisting of the missing weapons . Unfortunately I've had no luck tracking it down , or even pics of what the set contains . Geometric's site lists at least 2 "Alien/s" sets , but again , no photos . Anyone know anything ?
You must log in or register to reply here.
Share:
Reddit Pinterest Tumblr WhatsApp Email Link