Revell Arado Ar E555 1/72
[youtube]http://youtu.be/4uKsDzjRs_g[/youtube]
New York bomber this one has been waiting a long time to be finished and finally decided to get off the shelf this week it's one I started at the last home and it's been waiting ever since I moved to this new place. As I was trying to fill a lot of downtime this week this fitted my purpose perfectly. This is its box art 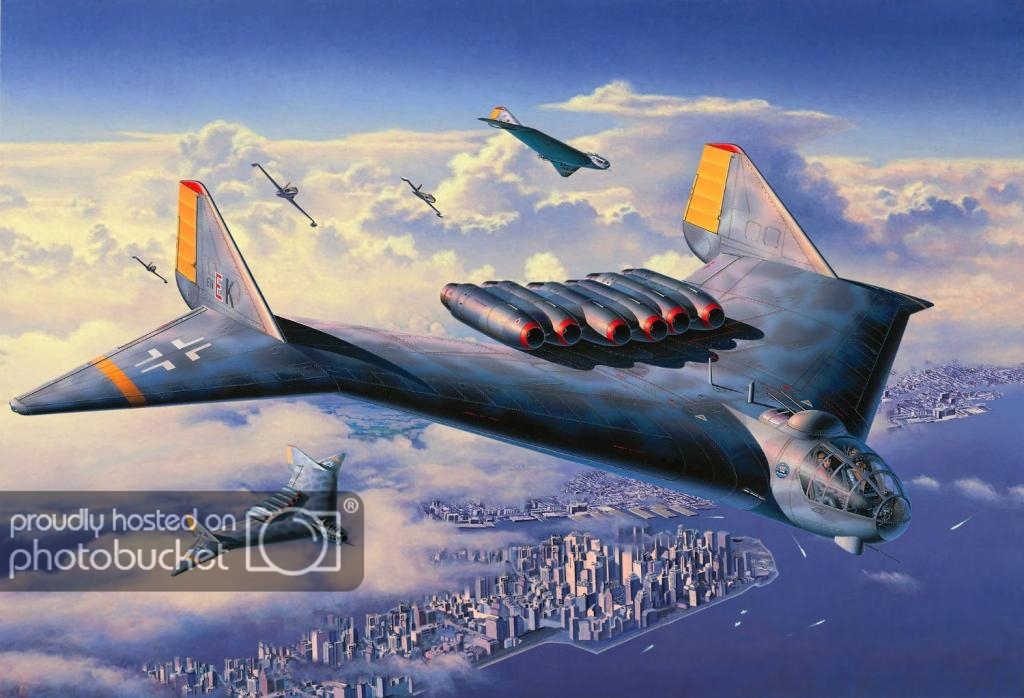 This is the only panel line drawing I could find on it. 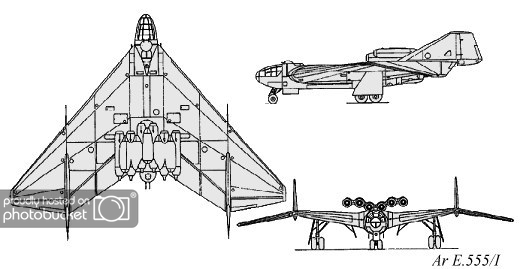 As for the camo pattern I didn't really care for that as this was supposed to be done for 1948 what I believe is someone used the camo similar to the ones they had in 1944-45 so I started looking around on the Internet books and models I have. I started to wonder what this aircraft would be doing or where it would be going what sort country it would fly over. Again to make this was supposed to fly over the ocean to the United States in which case it many of airplanes flying over the ocean I usually painted with of blue / pattern camo I didn't wanna do it like the corsair or F4 F's I wanted to stick to a splinter camo pattern so I had a look at some ships that had that type of camo I also looked at some of the modern aircraft with a similar pattern. 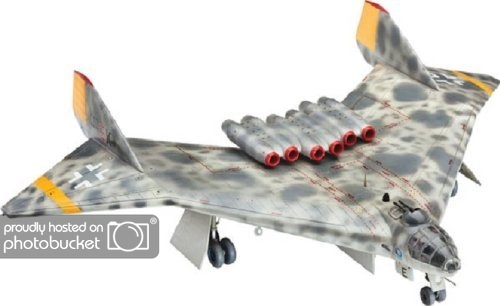 This is where I came up with totally out of my own head but as the German were ahead of their time with jets and rockets they may well have come up with this type of camo pattern. I won't go into build this model but to say it goes together very well that the most of the older Revelle kits. I will tell you how are painted it though I started with Tamiya's Japanese grey which actually looks more like a pale green grey XF-14. I then mask off the areas I wanted left the that colour I then tried XF-23 light blue I found a bit too light so I added a couple of drops of X-4 blue to darken it down after that had dried I mask off so I could spray the dark blue pattern of X-4. In using Tamiya paints I've done an old trick of mine using future to thin the paint this also has the added advantage especially on a Matt colours as a flow improver by making them with a very slightly sheen and smoothing them down. After remove the masks I had two places where the paint ran up the panel line and on to the under paintwork but this was easily fixed. And finally given it a coat of clear so I can finish the decals on the upper surface. 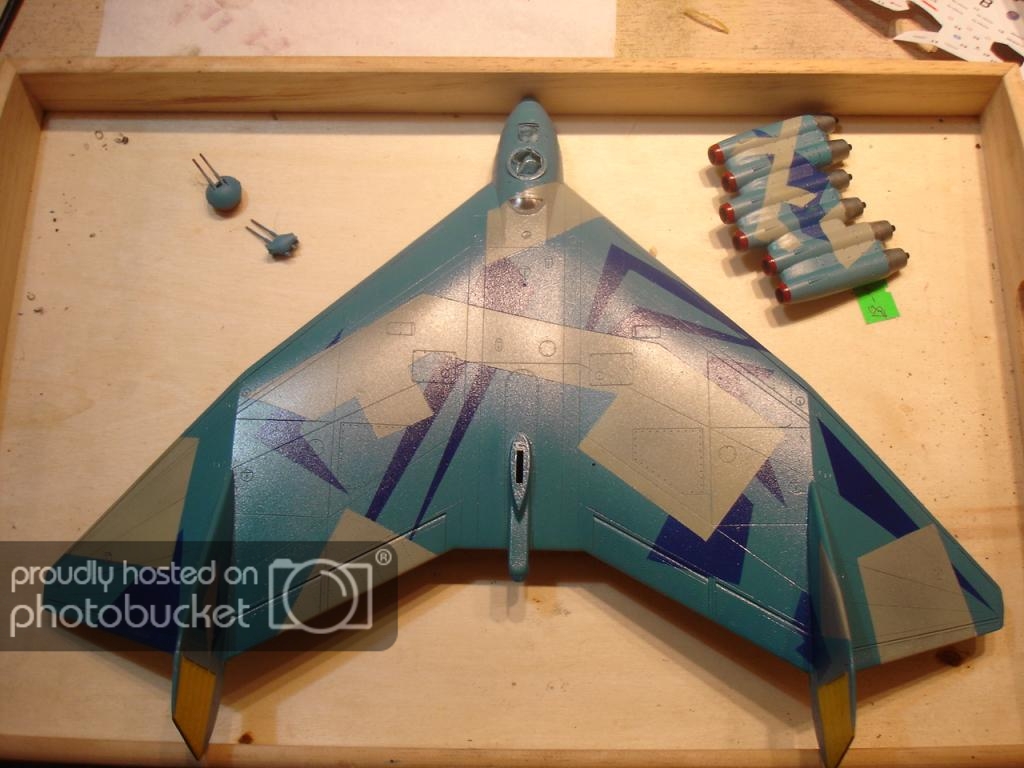 I had to replace one of the parts on the underside so why have not painted this. For when I have to paint it will be done with the Vallejo RML 65. I have already done the Pre-shading so it won't take long to spray and put the decals on.
That's all for now, Thanks for looking, Hope you're models are going great, see you all soon. Alan

After 10 years of waiting its been done
[youtube]http://youtu.be/IRMoY4IrfeA[/youtube] 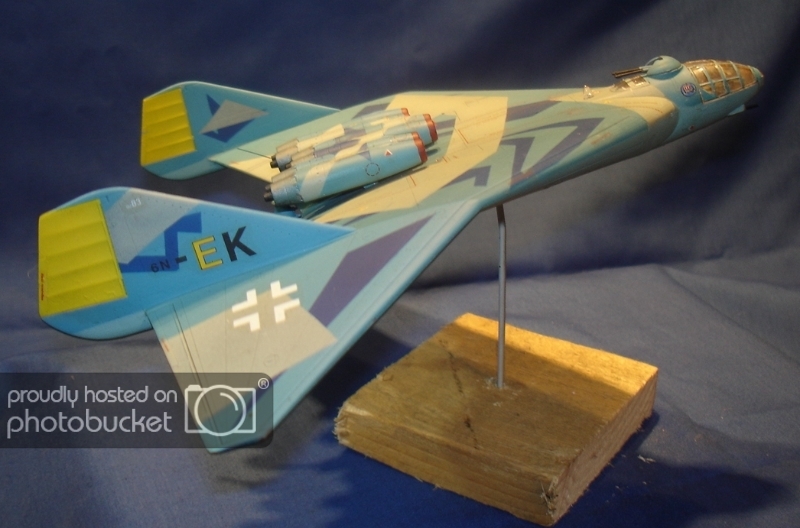 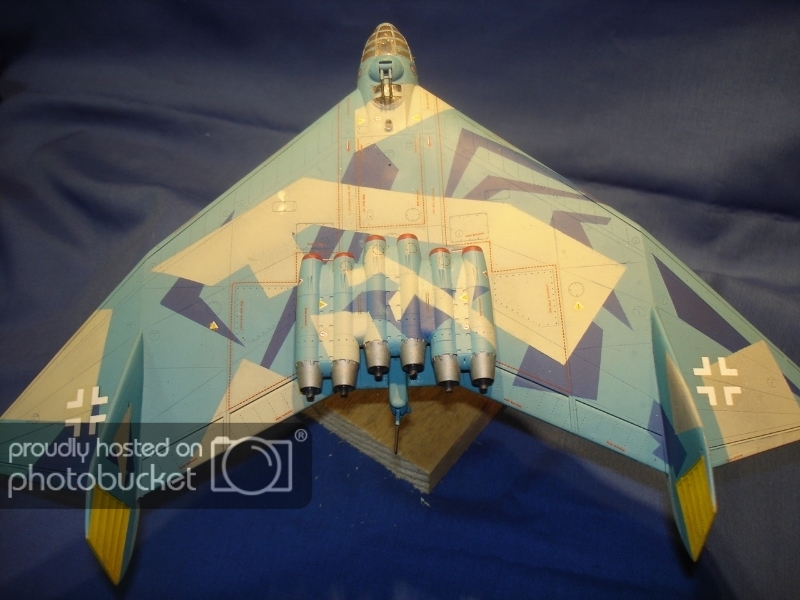