Description
Introduced as a replacement for the T-72 as an upgraded tank platform equipped with active emission anti tank radar disruption dubbed SHTORA-1.The T-90 and its many iterations have taken the fight back to the ever popular M1A1 and M1A2 SEP tanks. The distinctive plates that you see strategically placed over the turret are a type of advanced active style armor to deflect rocket attacks and explosives with counter force deflection. The tank has been employed by mainly the Russian and Indian armed forces. Many variants do exist, and are particularly hard to find in photographs other than on a classified government network. More advanced units are, or were, in development. Due to the dire condition of the Russian armed forces and the cost of upkeep on aging combat units and their Navy, these tanks will more than likely be the last modern build that the former Soviet Union will construct on its own. Further designs will more likely be outsourced to India, Iran, China and other Middle Eastern powers.

This model, which went together like a dream, personifies the rough and tumble lifestyle of a tank crew and just how dirty they can get. I attempted to place the theatre in Syria during the current uprising or somewhere about Georgia in the muddy spring. This particular unit has been cruising at high speed through the fields and keeping the RPG/Javelin fire at bay with the fiery demon eyes of the SHTORA-1 system.

The kit is fitted with Eduard L48 barrel, BMP-3 aerials and a simple Radio Shack setup of 3mm LEDs fitted to a watch battery and switch to simulate the SHTORA-1 being active. The entire electrical gamut is housed inside the turret and the switch is mounted under the base, which was hand lacquered. The terrain is a mix of sand of varying coarseness, white glue, river stones, and some custom putty rocks. It was then painted and sealed.

The entire build was completed in Tamiya Acrylics, sealed with Future, and weathered exclusively with AK Interactive pigments and lacquer products. I should also add that this is my first foray into Armor and my first run at more technical weathering and simple terrain construction. In fact, this is my first fully complete build that I am proud of. I also extend my deepest gratitude to all the mentoring and advice I received during the contest from the plethora of experienced builders here.

Good Luck to every entrant in this years BSC !!!!

**Prayers for those involved in the Syrian Conflict ** 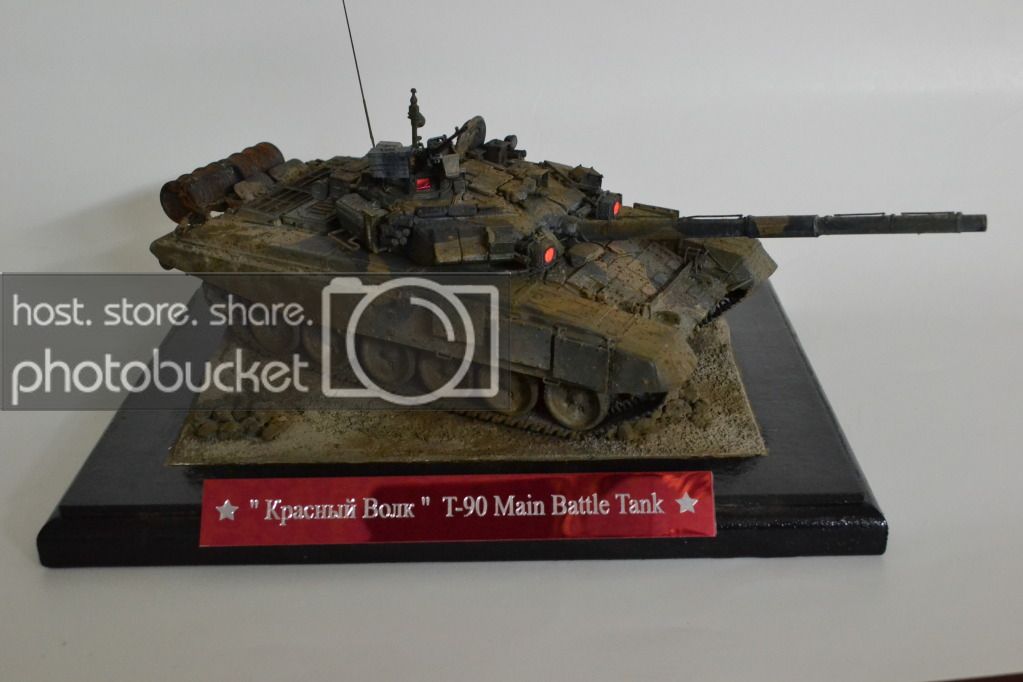 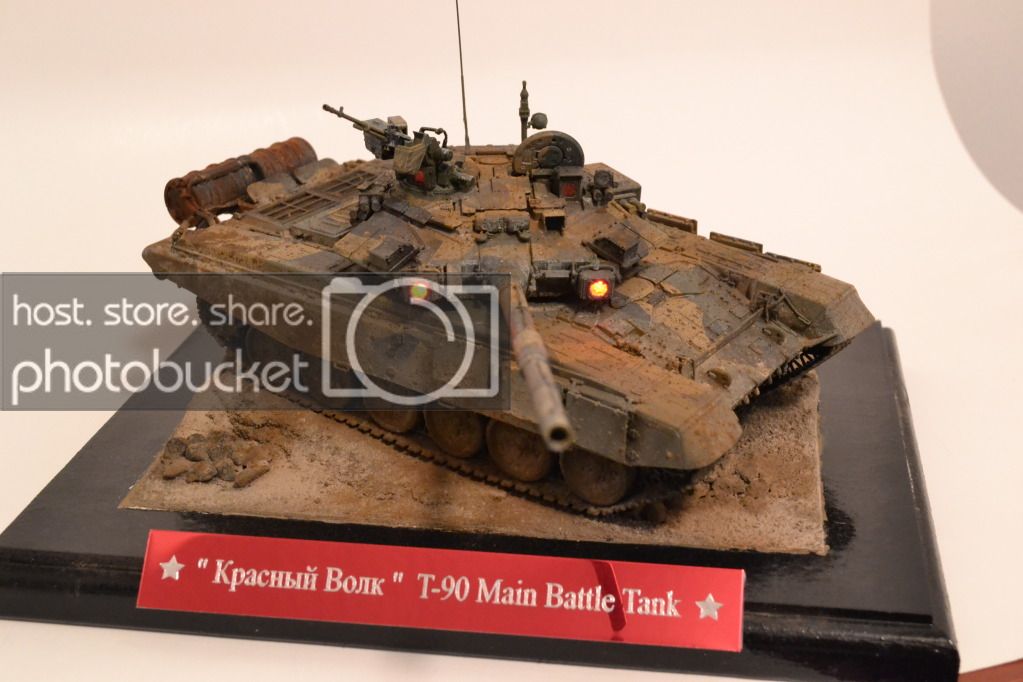 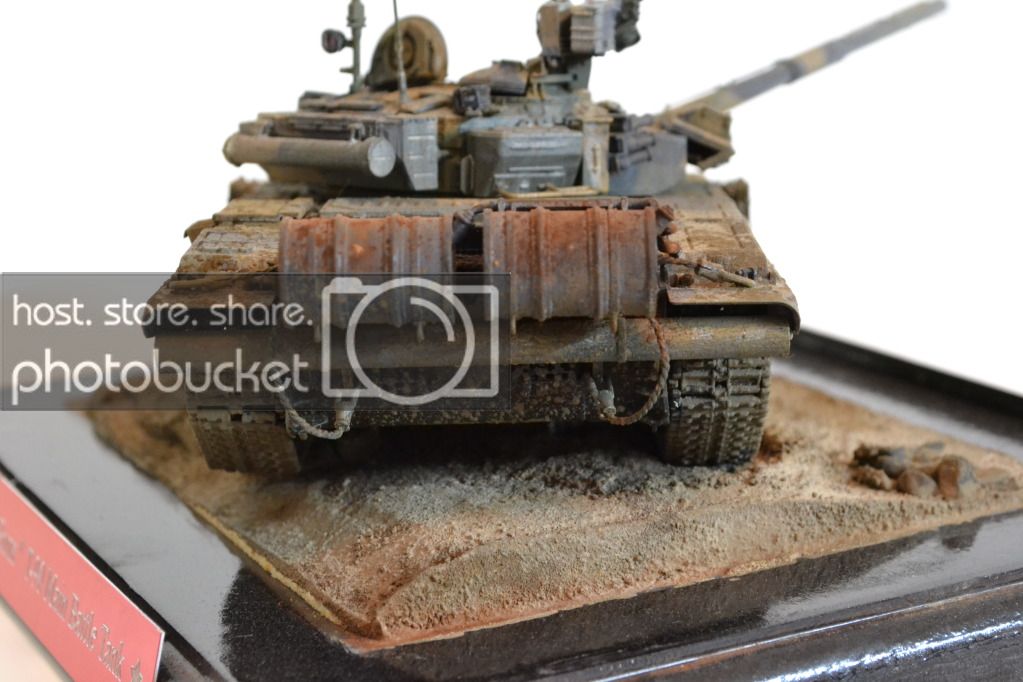 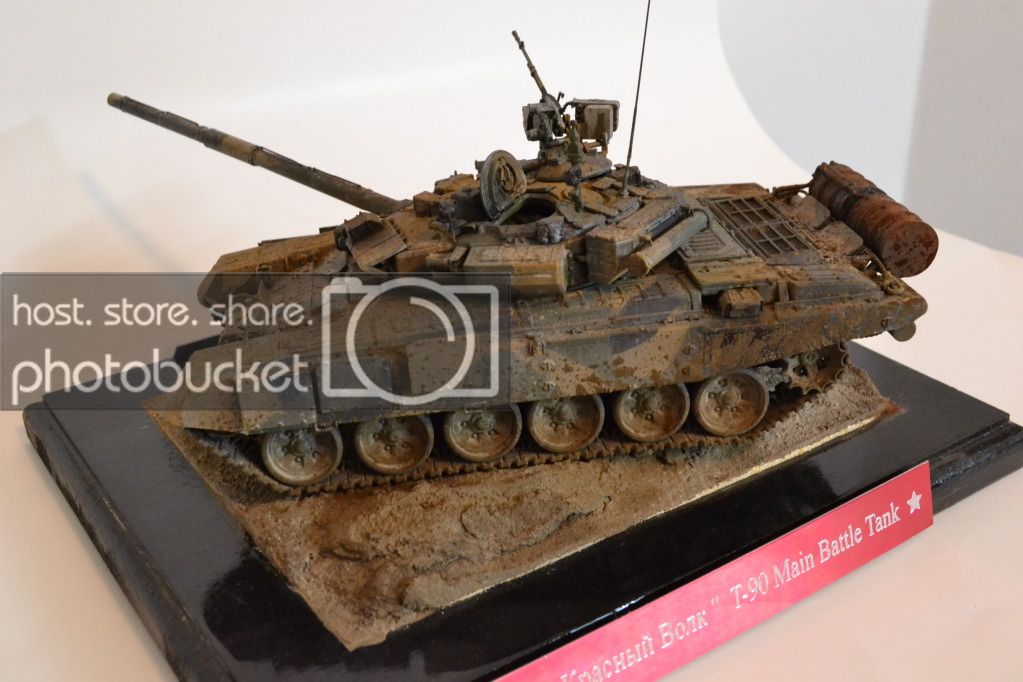 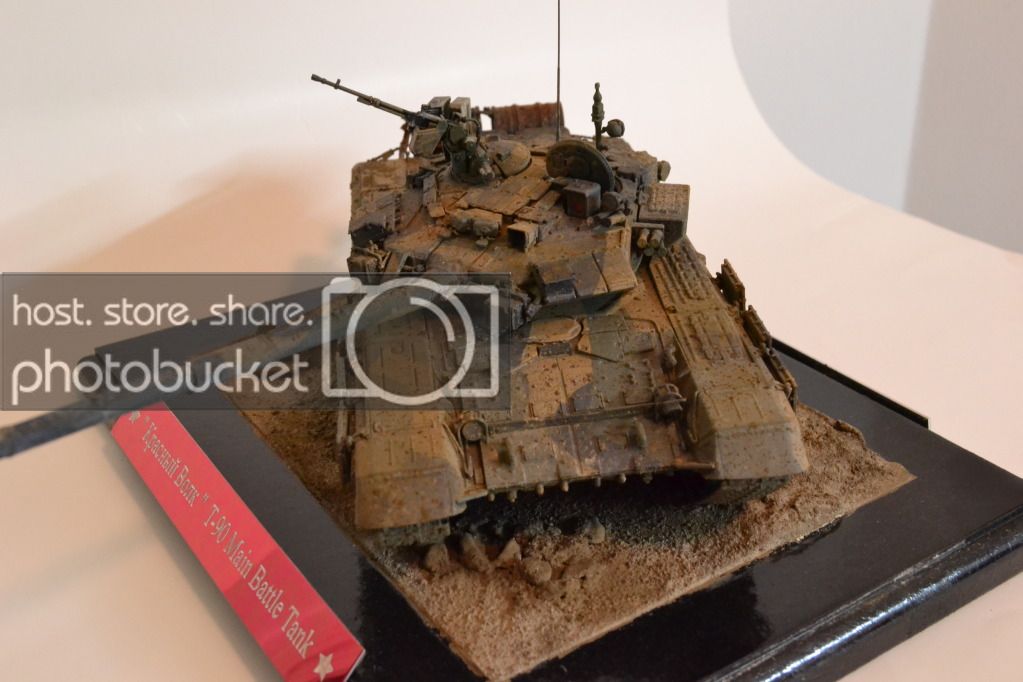 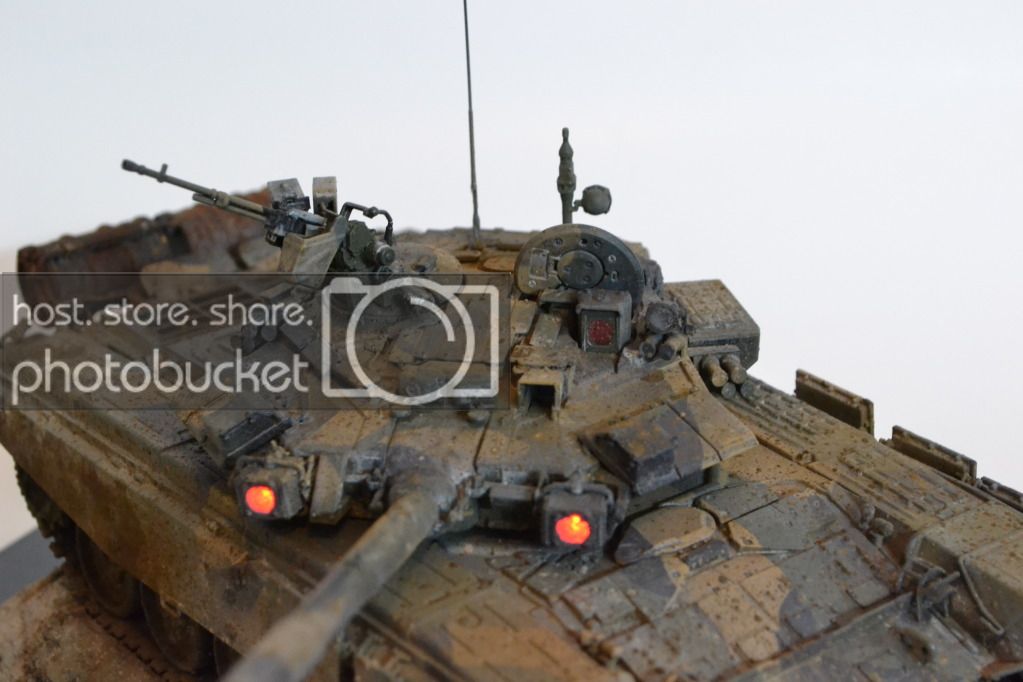