This build was started as two things: the SMA Big Spring Contest entry and a gift for my fatherâ€™s 65th birthday. A little backgroundâ€¦.my father is a native-born Austrian but immigrated to the Winona, MN area with his family when he was about 4 or 5 years old. He, his mother (Erna) and 2 younger brothers (Guenther and Neil) came over to the US earlier than his father and older brother stayed behind to work.

So as both an honor to the family history and to my fatherâ€™s 60-or-so years in the US, this model was built. The basics of it is Revellâ€™s 1/600 scale Queen Mary kit. Itâ€™s kind of a piece of dirt so I had to dig up a bunch of aftermarket stuff for it, most notably the photo etch pieces.

It started by joining the hulls, as misaligned as they were, and using Aves to smooth out the seams along the bottom. It got the heavy sanding treatment to get a nice smooth shipâ€™s bottom kind of surface. I also spent a number of hours drilling out the portholes and shaping the rows of the rectangular windows on the upper decks.

Speaking of the upper decks, the kit had raised detail to represent the wood decking. Ugh. I had to shave it all down very carefully because each â€œwoodâ€ section got the home-made decal treatment. The kitâ€™s railings were also very lack luster and THICK. I spent a good deal of time shaving those off to make room for the gorgeous photo etch pieces of railings.

The LEDs were pretty straight forward, just had to wire up a bunch of resistors to them and plug a 9v battery in. The switch to turn it on and off is camouflaged into a piece of rear deck hardware.

Painting was just a touch tricky because I go from lightest to darkest when layering. Everything atop got a nice solid coat of white and then I used Micro mask to get the super crisp lines that break up the red and black. It was essentially a 2-step process where the red and black touched because there needed to be that white band cutting in between. So I did the red first, peeled the mask, then had to do a whole other layer of masking to do the black, which I actually brushed on to get a subtle paneling effect.

For the most part this was a very straight forward build, other than the whole sub-process of replacing the railings. I also placed a few sets of little 1/600 scale people at various locations around the decking. As for the threading, this was my first go at doing any sort of rigging. Itâ€™s tricky so I ended up learning a lot about what not to doâ€¦more than what to doâ€¦

Overall it was a success. The pops loved it, the fam loved it and Iâ€™m reasonably satisfied with it. I hope you are, too. 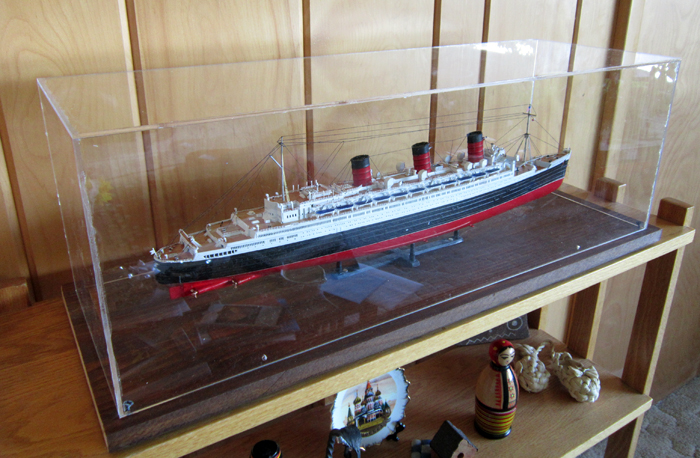 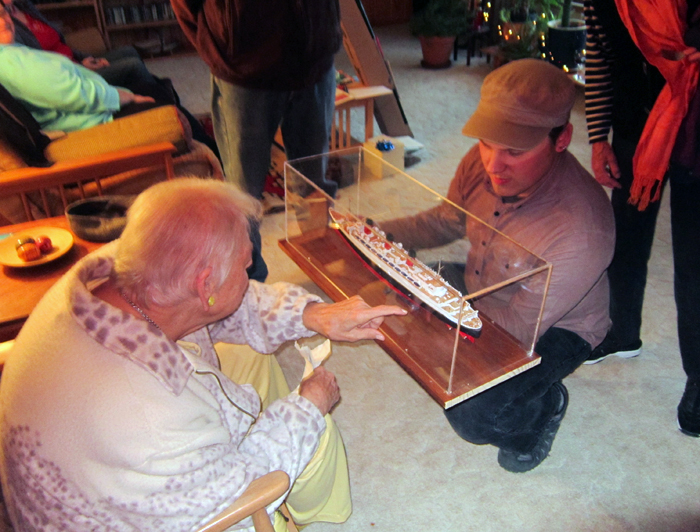 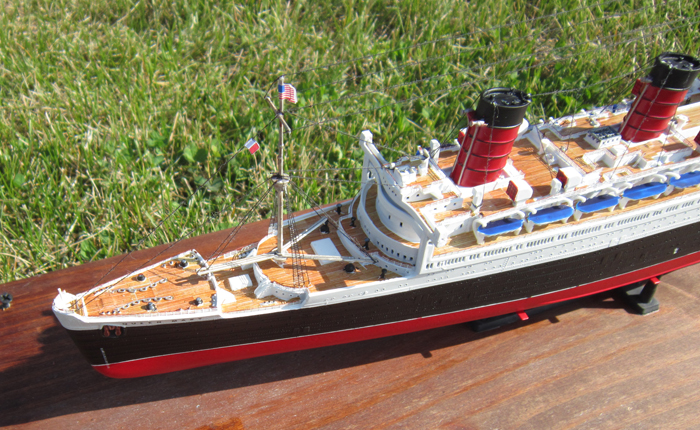 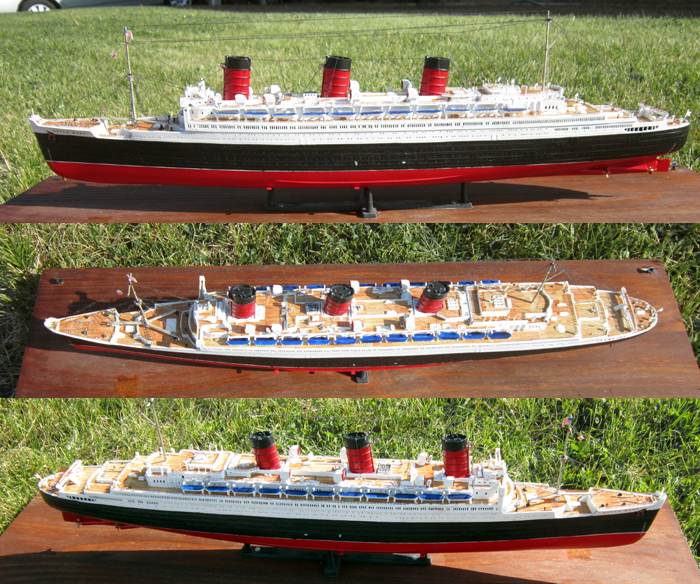 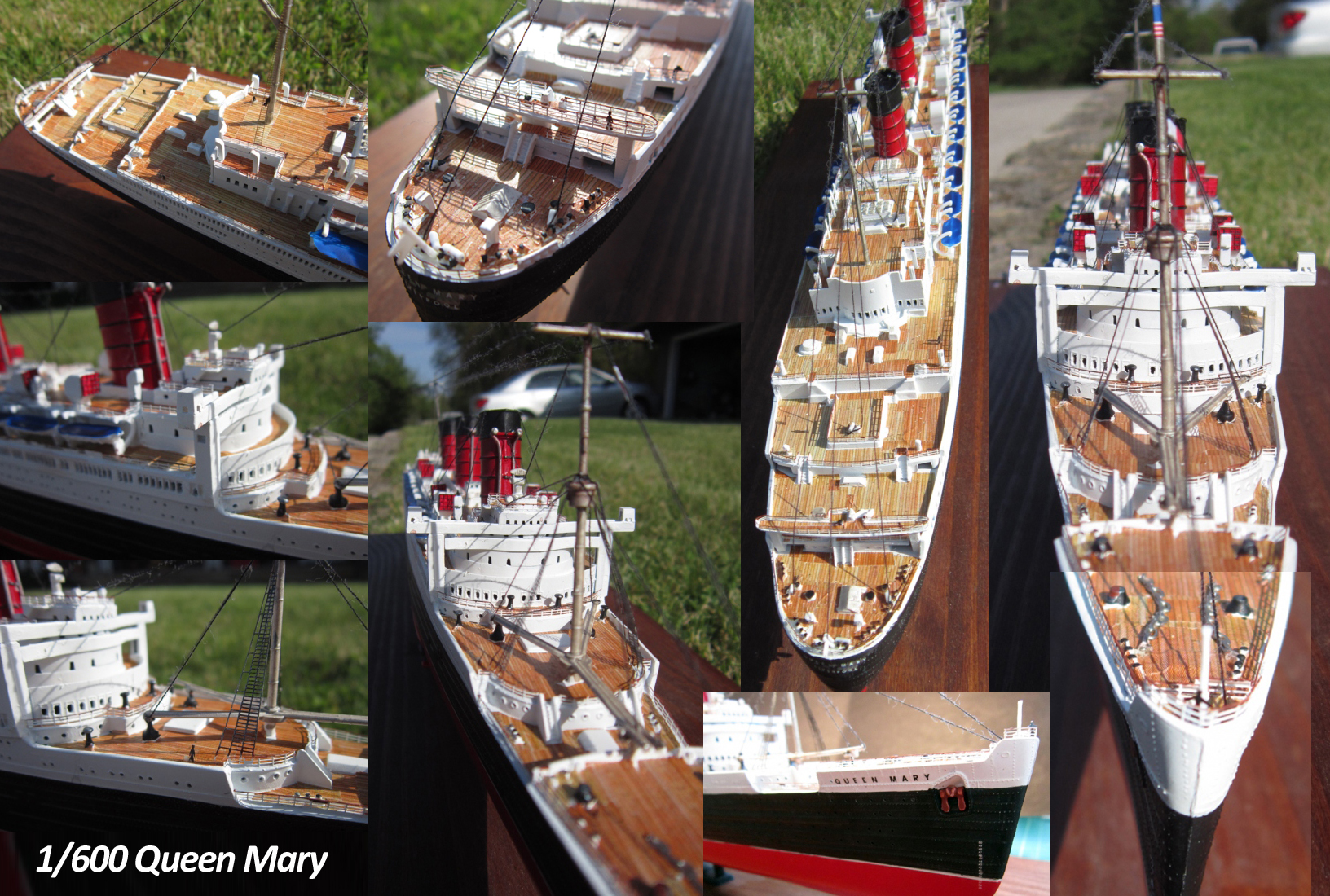