Hello, all!
After a bit of a break to deal with life, I'm getting back into the swing of things with the BSC. I'm going to do a simple but classic scene of the 1/128 flying Sub being attacked by... something. Don't know quite what yet. ;D (I just got a very cool idea as I'm typing this, just gotta see if I can pull it off!) But I thought I'd have some fun & stick the scene inside of my daughter's old one gallon fish tank!

Here's my proof of start date: 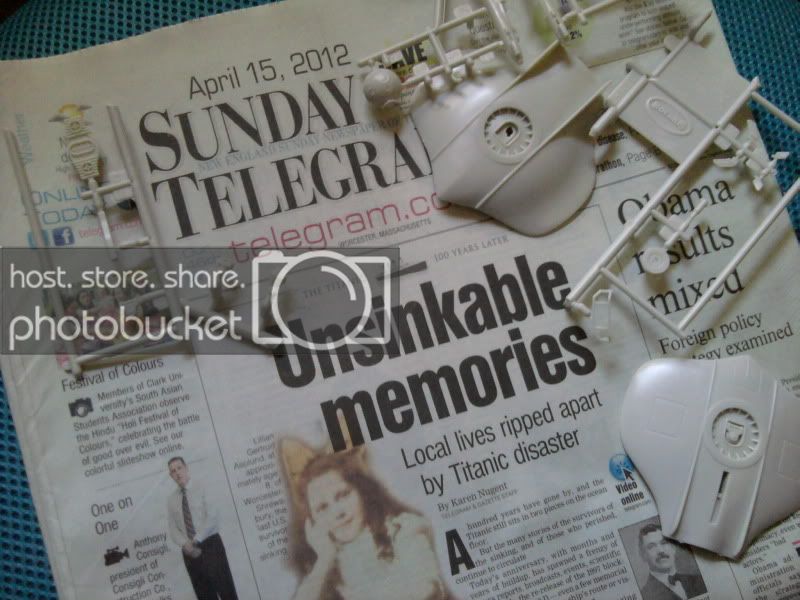 A tiny little kit, will be interesting to watch...
S

Tiny it may be !!! but knowing you ! the end results will pay off !

Looking forward to your updates !

Tiny it may be !!! but knowing you ! the end results will pay off !Looking forward to your updates !
Click to expand...

I appreciate the vote of confidance.

Assembled the sub's paper interior last night when the new thought occured to me to add lights to the sub. I already have other lights planned for "mood lighting" & leaving the FS dark will just be... odd. But now comes the thought of how do I get lights to the FS when it was originally going to just be "free floating" in the water. Two ideas- One is to use the LED's wires to suspend the FS from the top of the tank. Second is to have the FS in the grasp of the sea creature & have the lights run through it's body into the FS.

I also procured a one gallon, hexagon shaped tank last night to keep with the theme of the hexagons on the floor of the FS. It's clear & I had the thought to tint it blue to simulate the water. Don't know about that idea yet. Also I've decided on my sea creature! I havn't seen all of VttBotS, so it's probably not canon, but I'm going to go with a giant crab!! ;D

That should be fun. Could you make a picture showing the size of this kit? Becouse it looks really small.
Cheers
Lukasz

Biskup said:
That should be fun. Could you make a picture showing the size of this kit? Becouse it looks really small.
Click to expand...

Here's a couple more pics for everyone!
I finished painting the front wall of the FS. Not too shabby! I left the lights clear so they could be lit by fiber optic strands later. 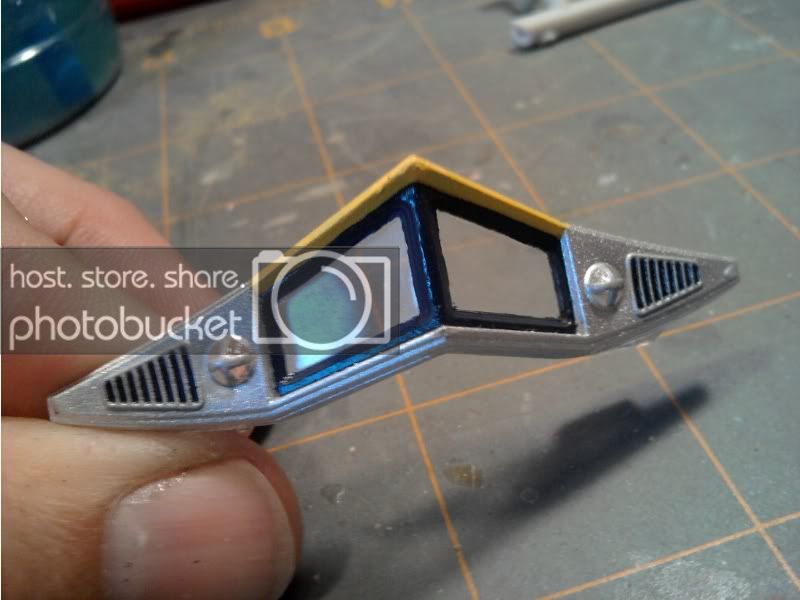 I figure that the giant crab would probably be defending it's home, happily in some ruins of some kind. I picked up this from the pet store & gave it some heavy washes in black & black/green. This pic shows only the black wash on & the top of the ruins as the piece was when I purchased it. I'm happy with the results & plan on adding vegatation of some kind. 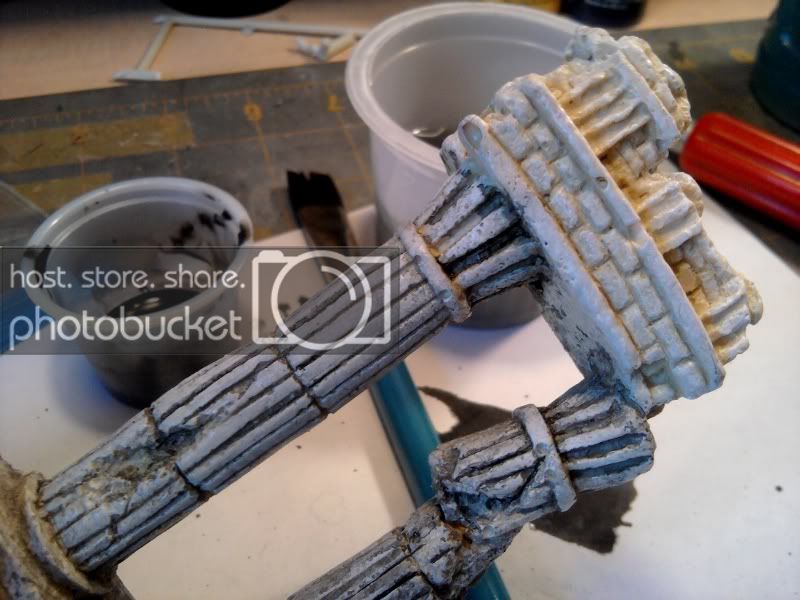 I also completed the construction of the diving bell. I might have the crab trying to crush it in one of his claws with the FS coming in for a rescue!
S

Man, this dio is going to be absolutely awesome!
I really like the idea of the plot.
And nice job working on the model and the surroundings so far - well done!

I know it's been a bit, got lots of life going on but here's an update for everyone.

I decided to opt out of using fiber optic for the FS's headlights & as you can see I've wired two LED's up instead. Still gotta figure out how I'm gonna light the interior. 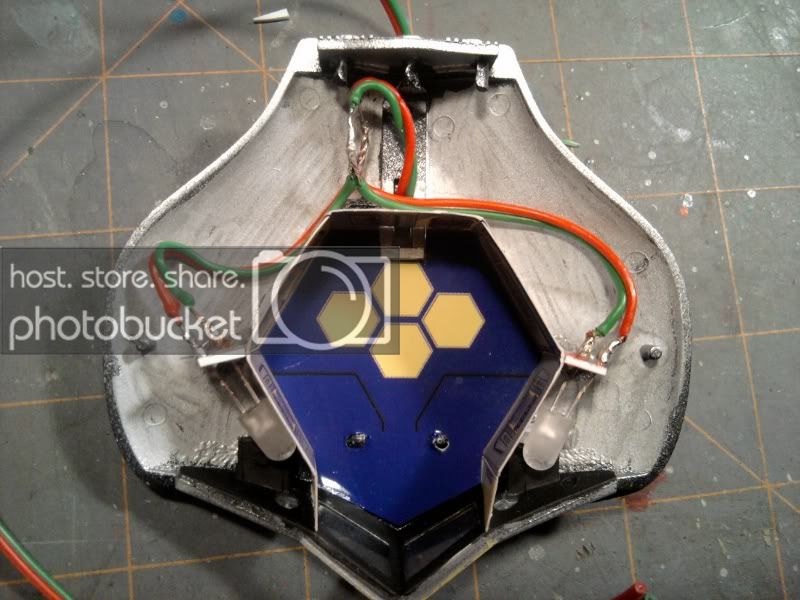 I decided to put a flicker bulb in the diving bell... after I put it together. Attempts to take it apart proved... ineffective. :-\ So I grabbed the bell out of my Seaview kit & planned accordingly. 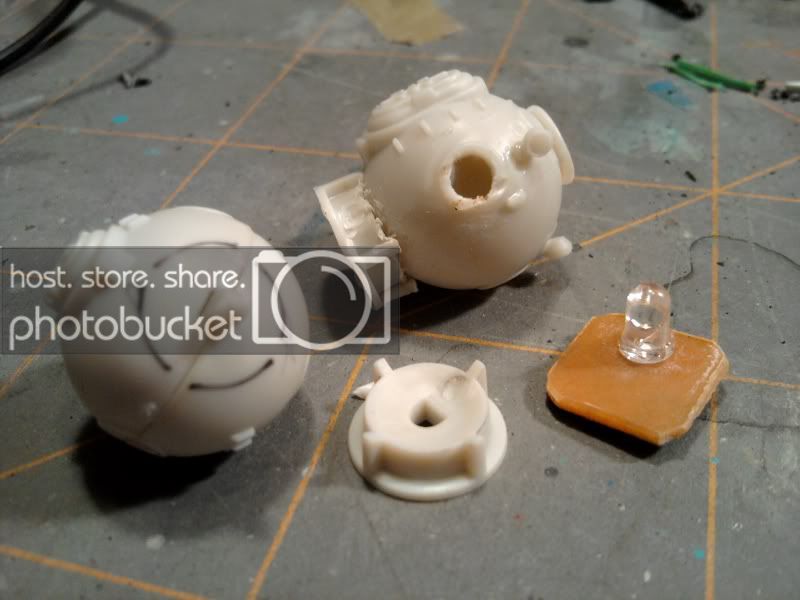 Lights galore! For a little mood lighting I'm going to cut the red, green & blue LEDs out of this housing & place them around the dio. It's slow going because I can't see what I'm cutting into or where anything is inside. I want to save the circuit board because it has a chip that alternates the lighting. 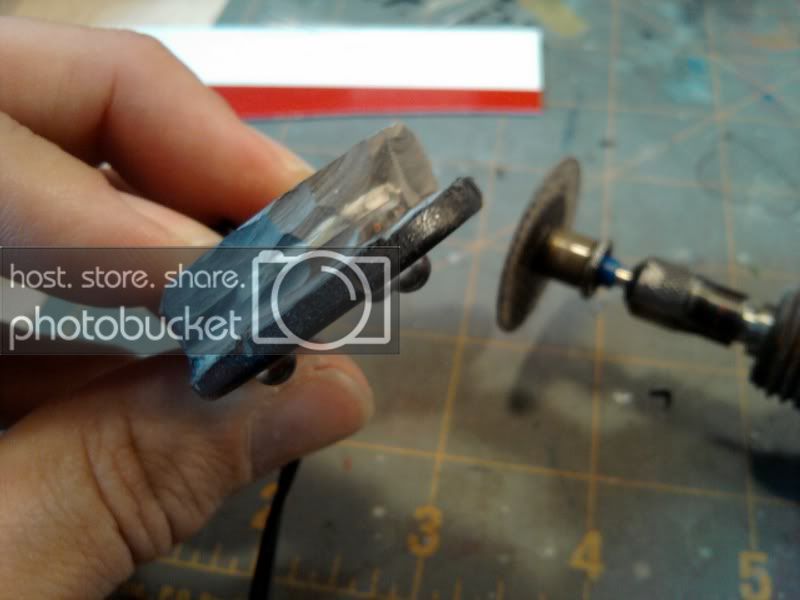 Great progress !!! Love the Columns work ! and its LIT ! Awesome!

Yes, excellent job! This is gonna be killer!
G

Dude, that looks really cools!! I wish I could do something like that. I like to look at models, but can`t build if my life depended on it.. I`ll like to learn one day... maybe. Hahaha.

Good Luck Man.
I can`t wait to see what it turns out to look like! Keep the pictures coming!

Thanks, Knight! I've had some evil long days at work the past week so I havn't done much building at all. The bonus is that I found the perfect *REAL* crab shell to use in the build!!! I have to still make his legs, probably out of Sculpy, but it's not too much of a challenge. I'll be trying to get back to the bench soon.

This Dio will be sweet!
Can't wait to see it complete w/crab! ;D

Okay, I know it's been a long time, but I have some serious life issues going on. No need to fret, everyone is in good health. Now on to the photos!!


While at the beach with a buddy, I found this little dude, picked clean by the seagulls. No legs to be found, but the shell is nearly perfect! I figure I can craft the claws & legs out of Sculpy. He's nearly the same exact width across as the FS. 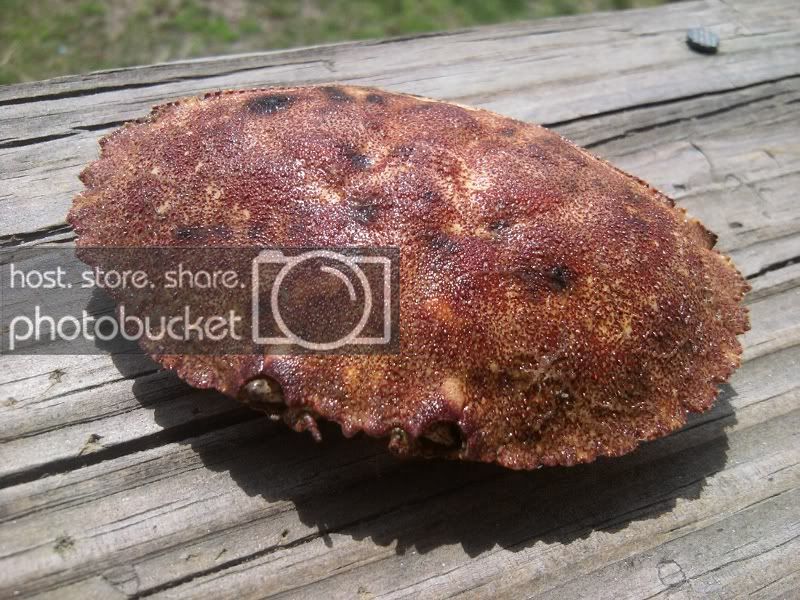 Fresh from the oven! In total, there's three baking times in this claw & six pieces sculpted in total. I added the divots by rolling the soft Sculpy over the crab's shell for a very au' natural look I'm rather quite pleased with! 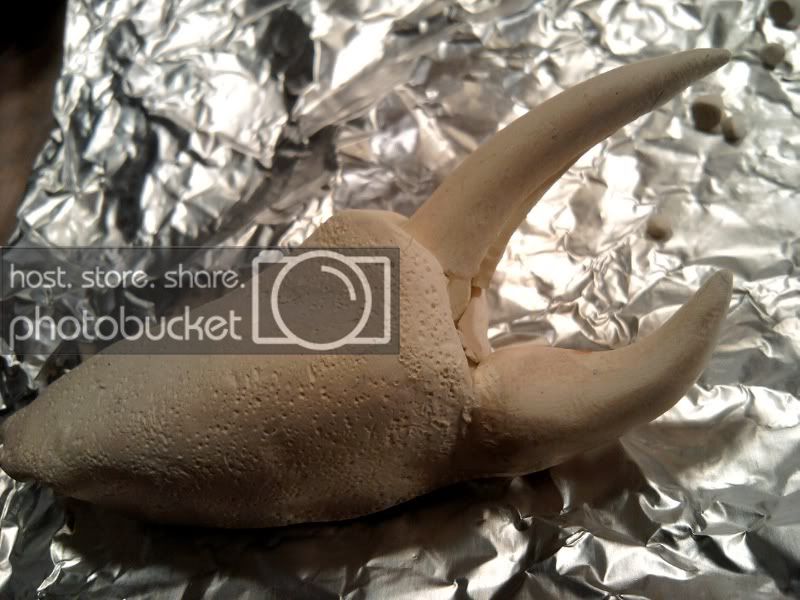 Since the Flying Sub will be just out of the reach of the crab, the wires will have to go through the claw, the crab shell & down & out a leg to the power source. I cut a channel down the claw tip to feed the wires through the tube I molded into the arm, which will all be puttied up. 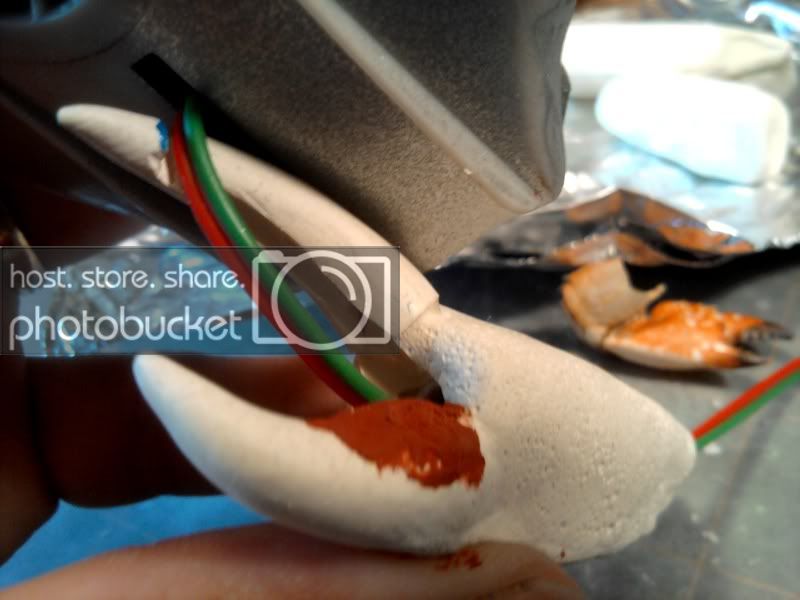 Very Cleaver idea on routing the wires through the Claw...

Looking forward to your next installment !