This project started out as a joke between me and another modeling friend... The model is based on the Trumpeter BMP-1
The back story was influenced by the last couple of chapters of Max Brooks book WWZ. In the book, Humans won the zombie war but for many years there were pockets of zombie stragglers. My idea was that toward the end and just after the zombie war this surplus BMP has been purchased and converted to a civilian taxi cab. It is set on the Indo/Pakistani boarder region. The writing on the side of the taxi reads FOR HIRE in Hindi.
The modifications are as follows:

Turret removed and hole plugged with a simple metal plate with a hatch and opening for a winch cable
A cobbled together blade was added to the front strictly as a bumper. It is not an earth moving implement. The winch cable raises and lowers it as needed.
Cage built around drivers hatch area to keep out grabby undead hands.
Rubber skirts added to the sides. This would prevent the suspension from fouling if pushing through a large herd of zombies. 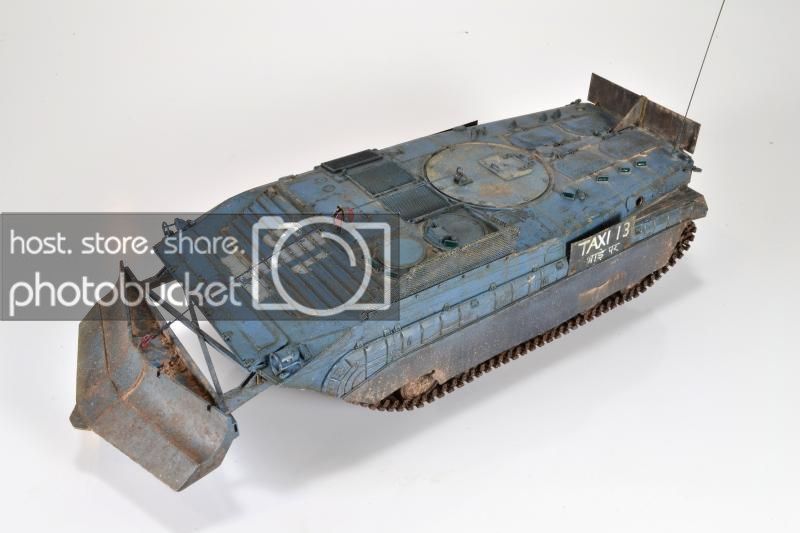 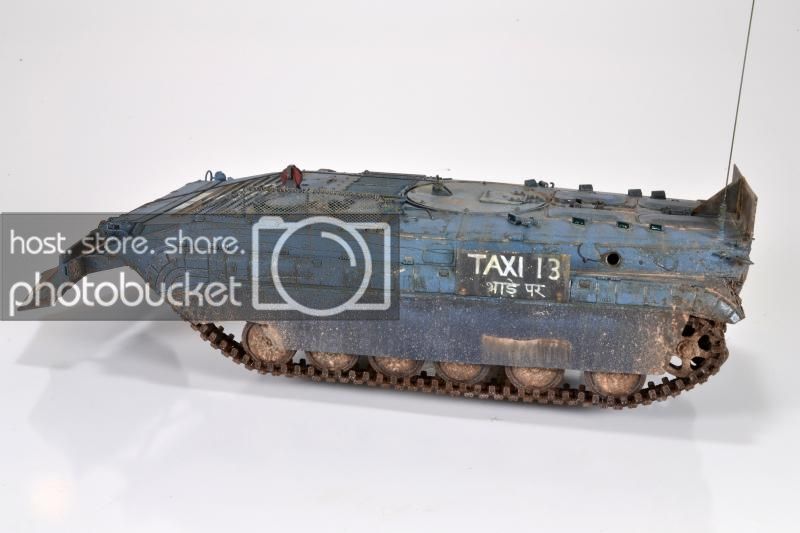 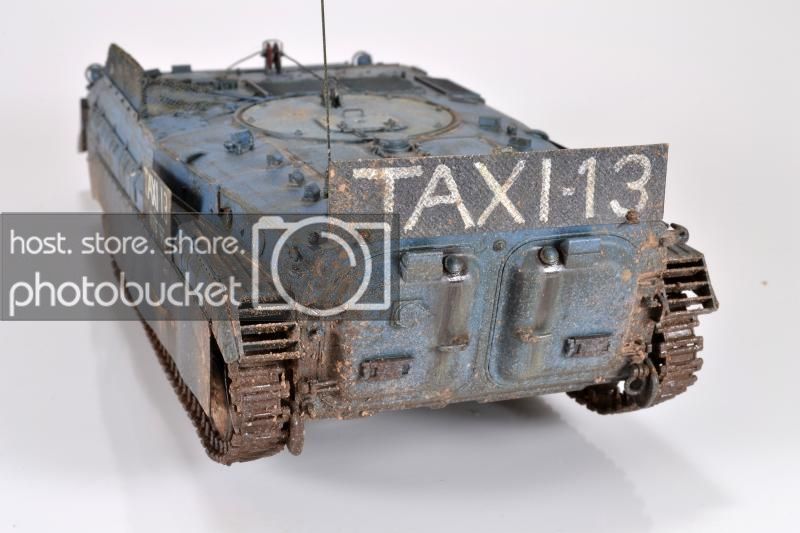 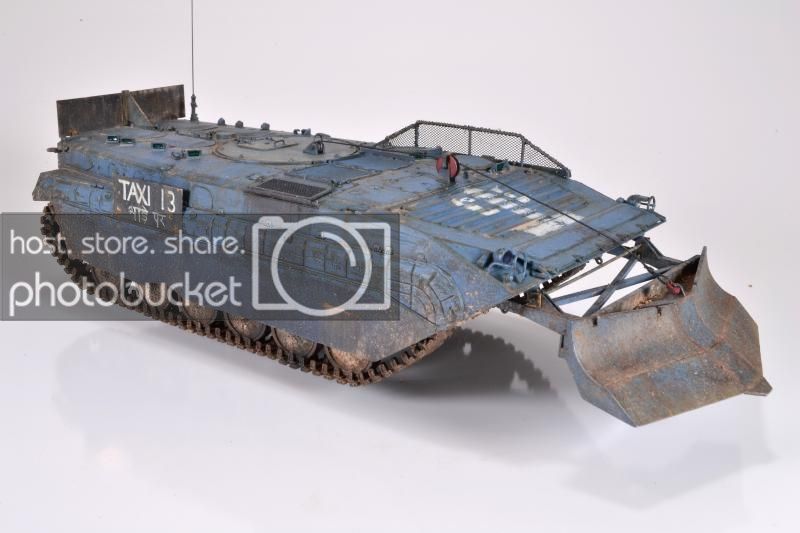 That's a great build and concept.

I agree with the above. Very nice concept.

you think they here at time to get me to the airport? jaja nice work!!!
K

Now this is something I like. ;D Wanted to get back into modeling (mainly aircraft/armor) after 15+ years, but didn't want to start detailing everything. Then saw some dioramas on YouTube and Google. Found myself hooked. Taking apart an Italeri Humvee to add more detail including opening the rear hatch to cargo area & tailgate. Hopefully I can post something in a month.
You must log in or register to reply here.
Share:
Reddit Pinterest Tumblr WhatsApp Email Link