Next up on the bench is what I consider to be the best part of Batman V Superman: Dawn of Justice,
Namely, the Batmobile.

I'll be working from the Moebius 1/25 scale kit 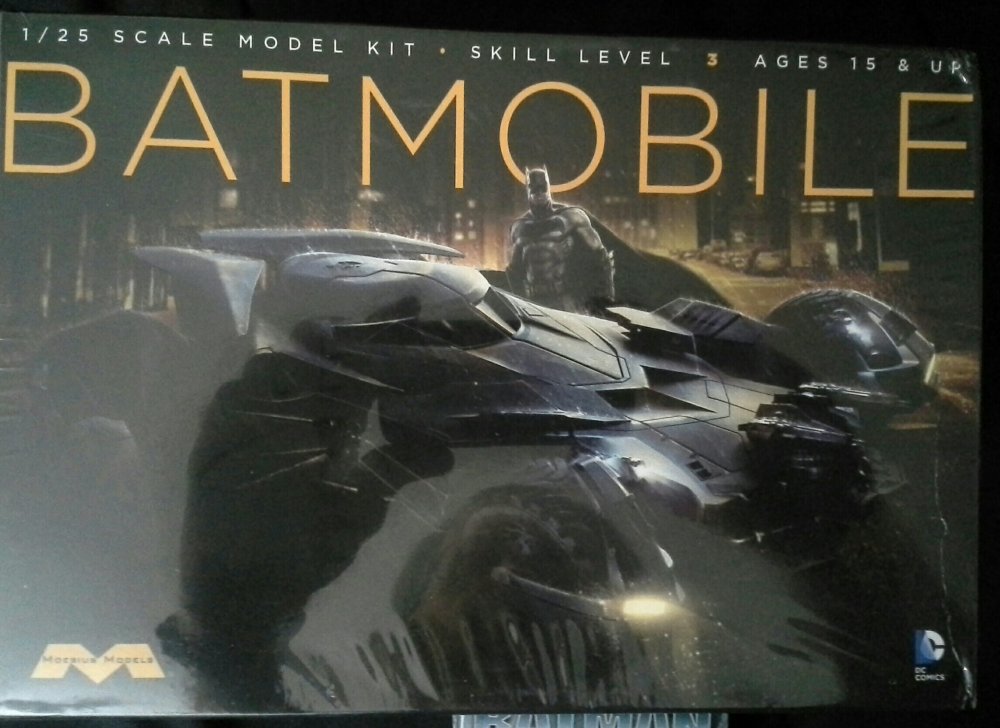 We'll start off with a look at the parts. There are a LOT of them. 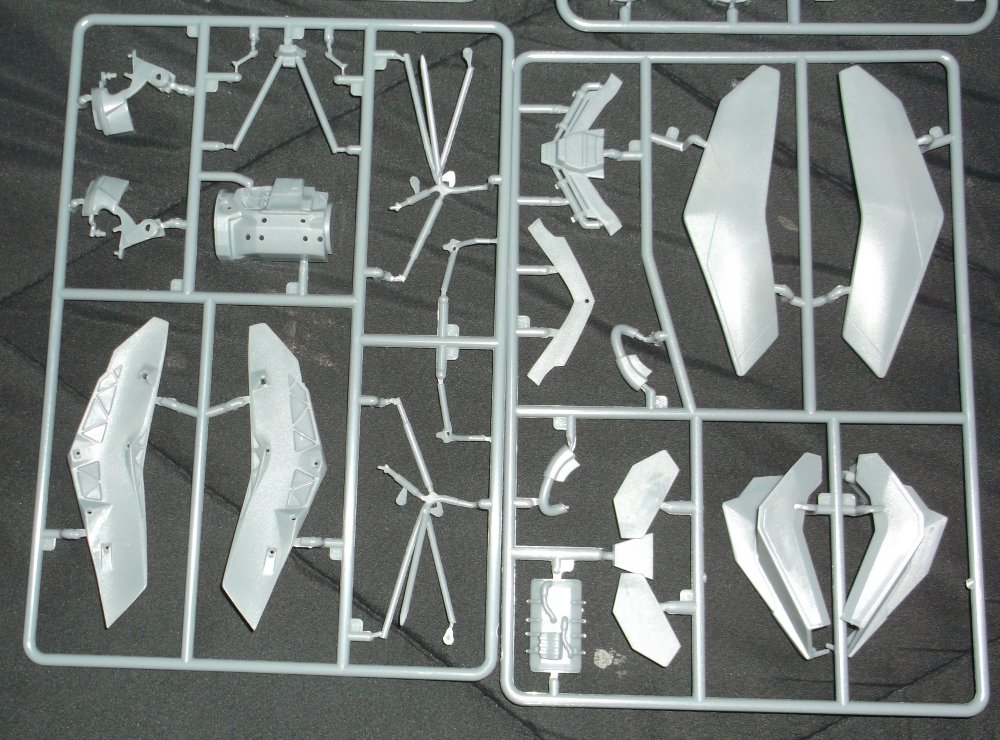 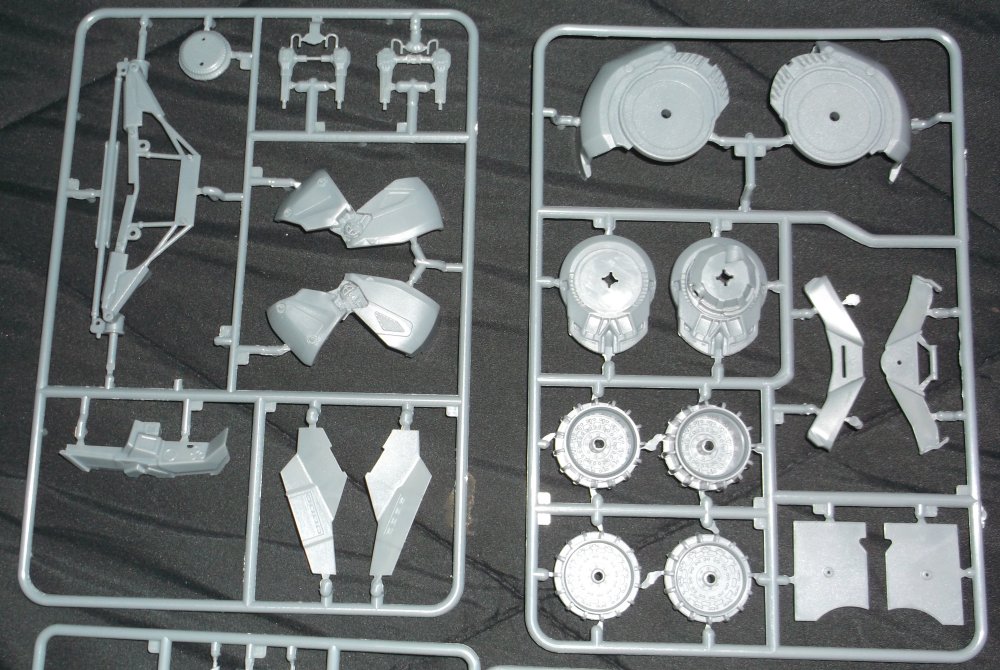 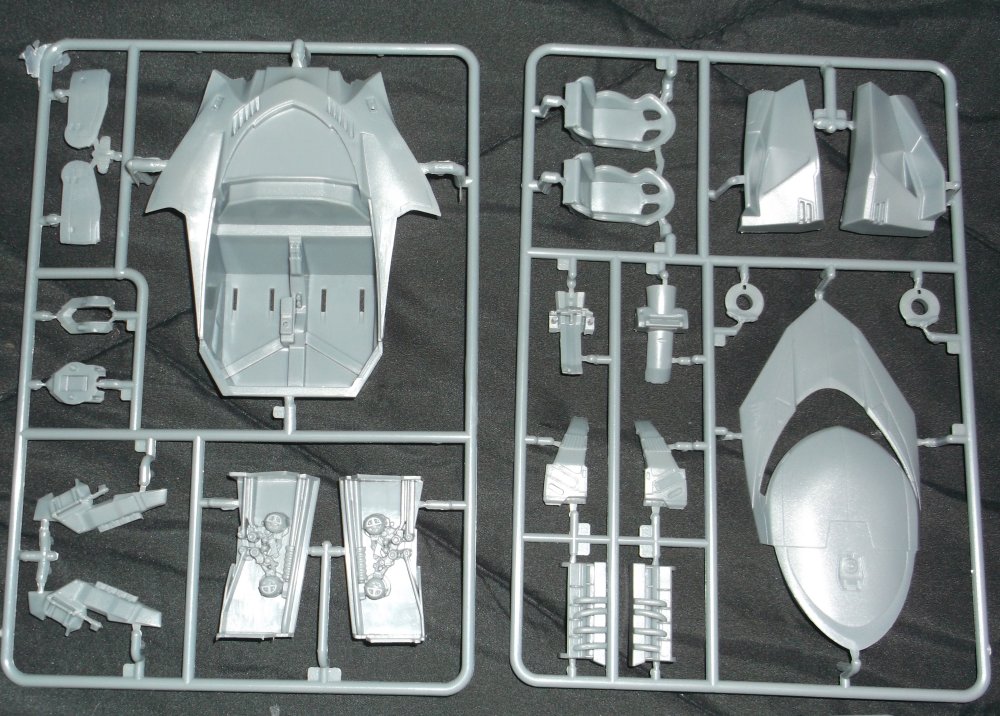 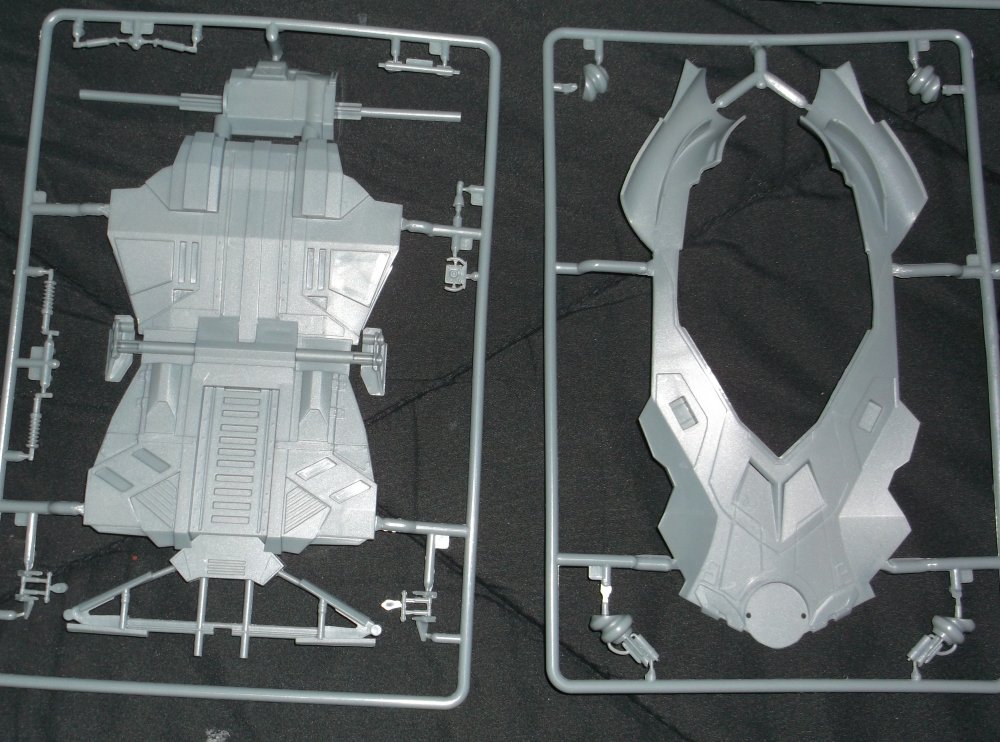 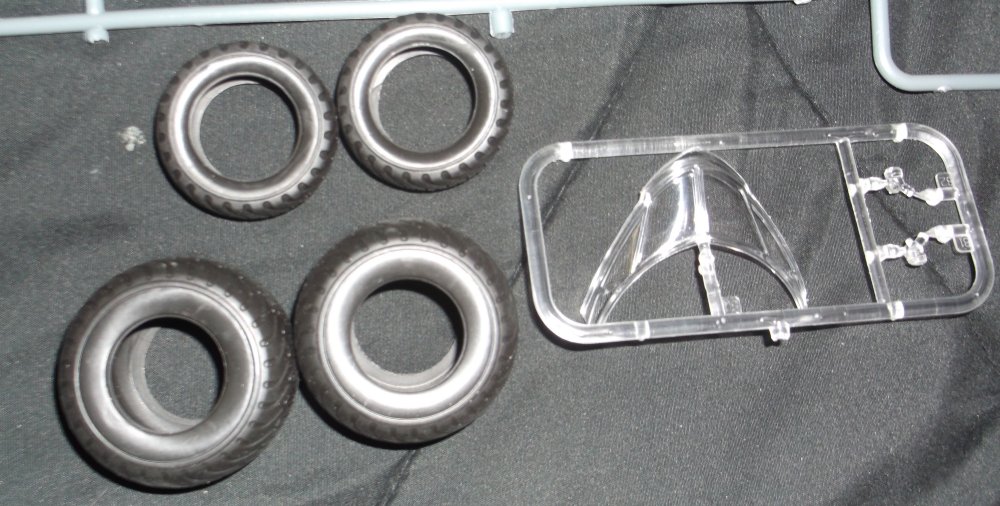 With the instructions calling for most of the model to start out black, I then primered all the sprue with flat black.
A lot of these will be later painted over with Vallejo Gunmetal 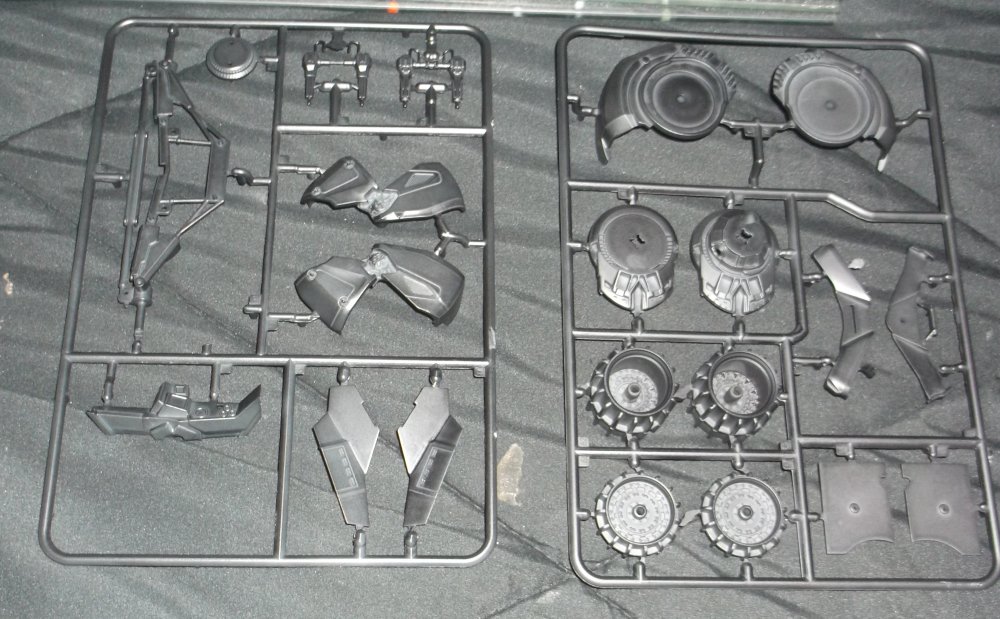 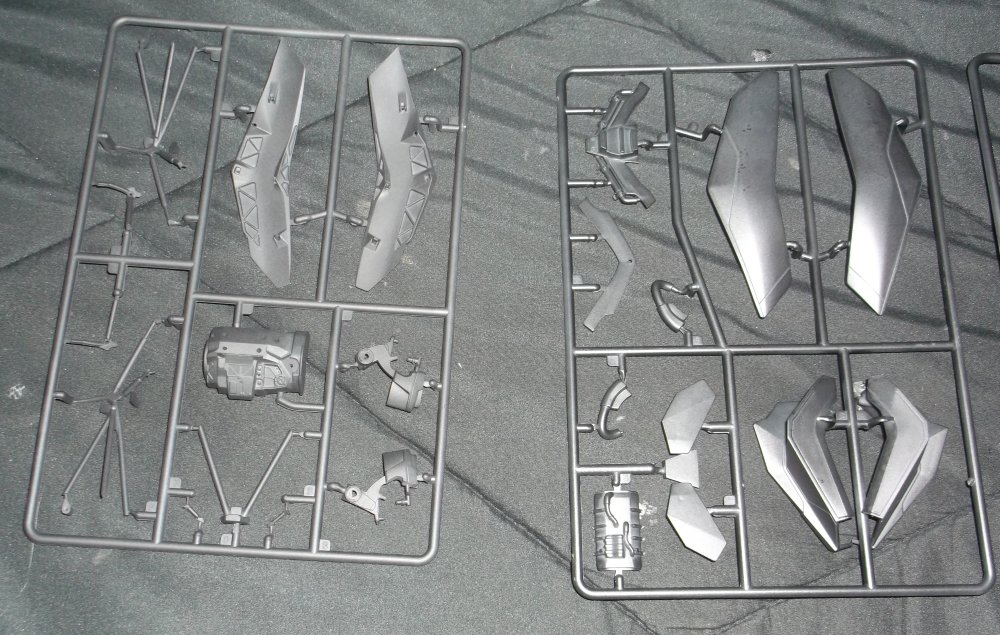 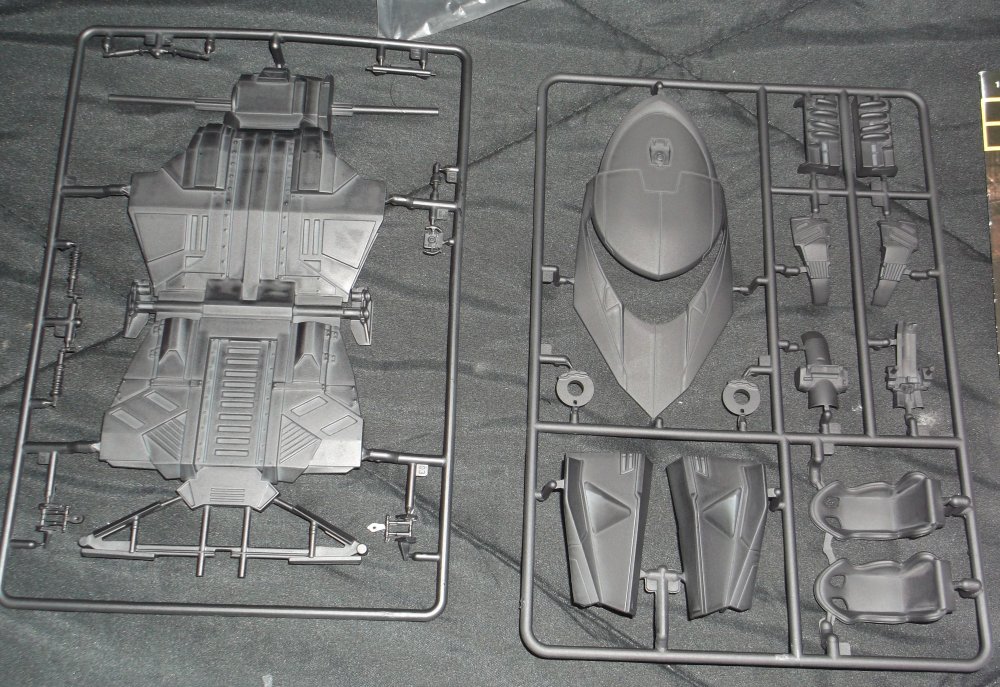 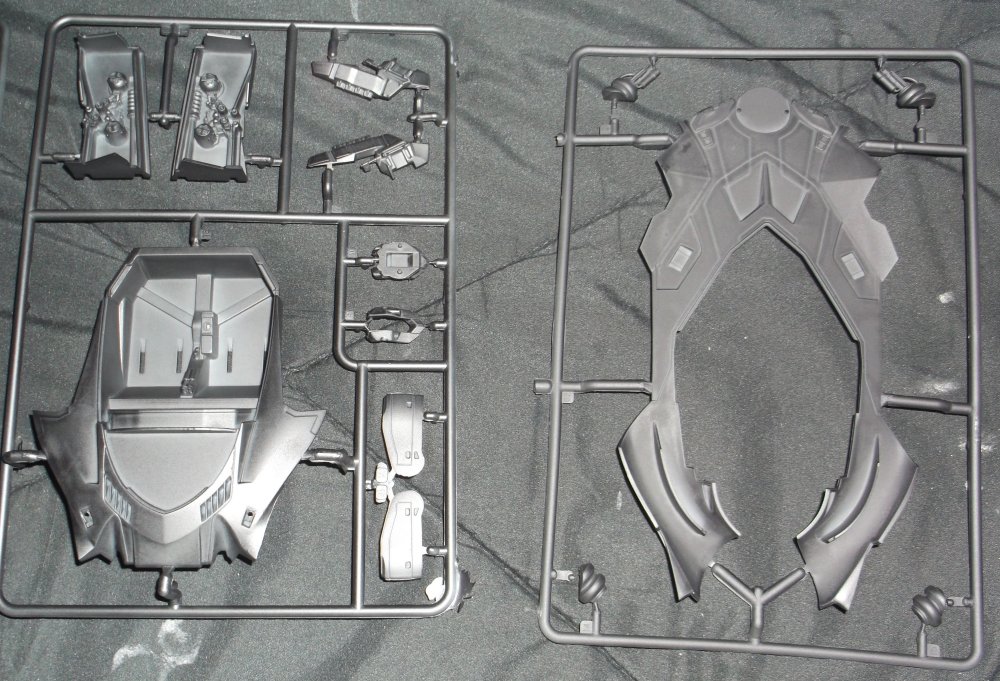 Actual construction starts off with work on the chassis.
This is up through step two of construction 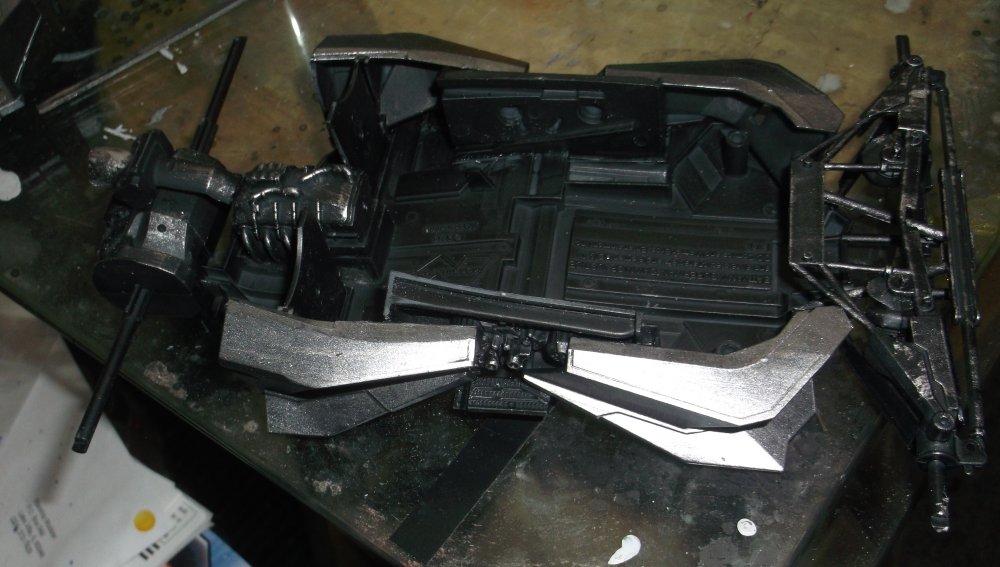 Wheels were assembl.ed, then drybrushed with a mix of gunmetal and Tamiya silver to bring out detail 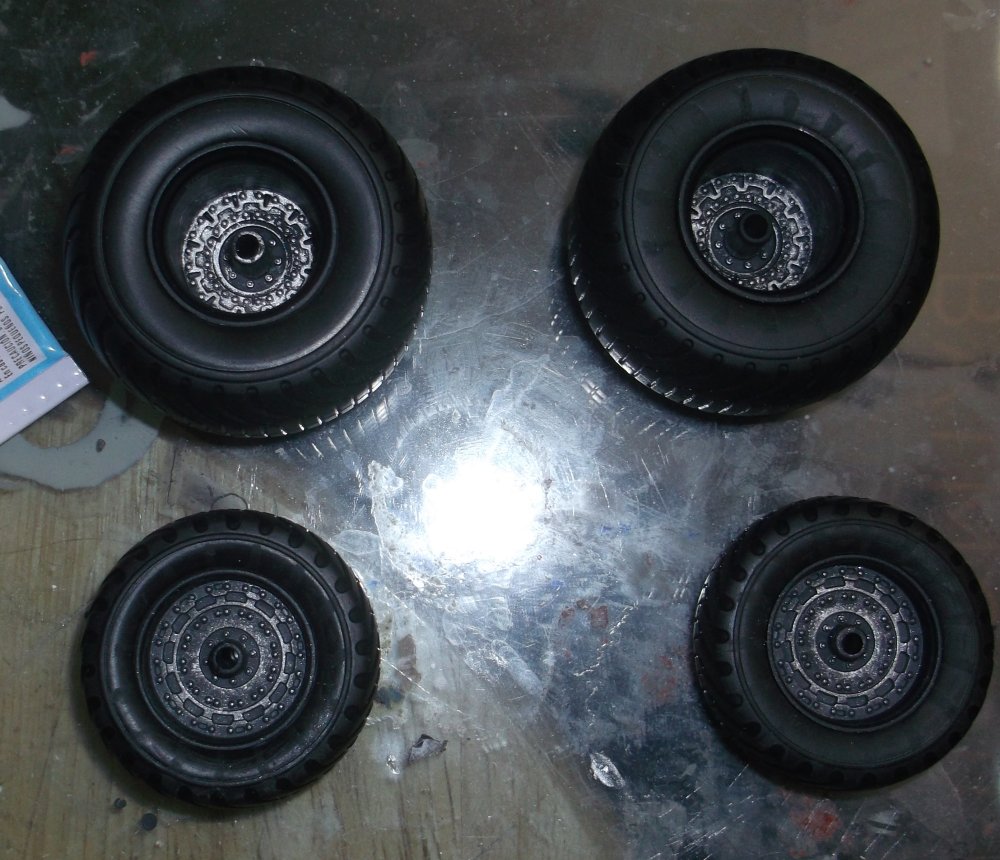 "Rolling chassis" stage.
Wheels have been installed, as have the fender plates.
Black parts have all been drybrushed with the same mix I used on the wheels. 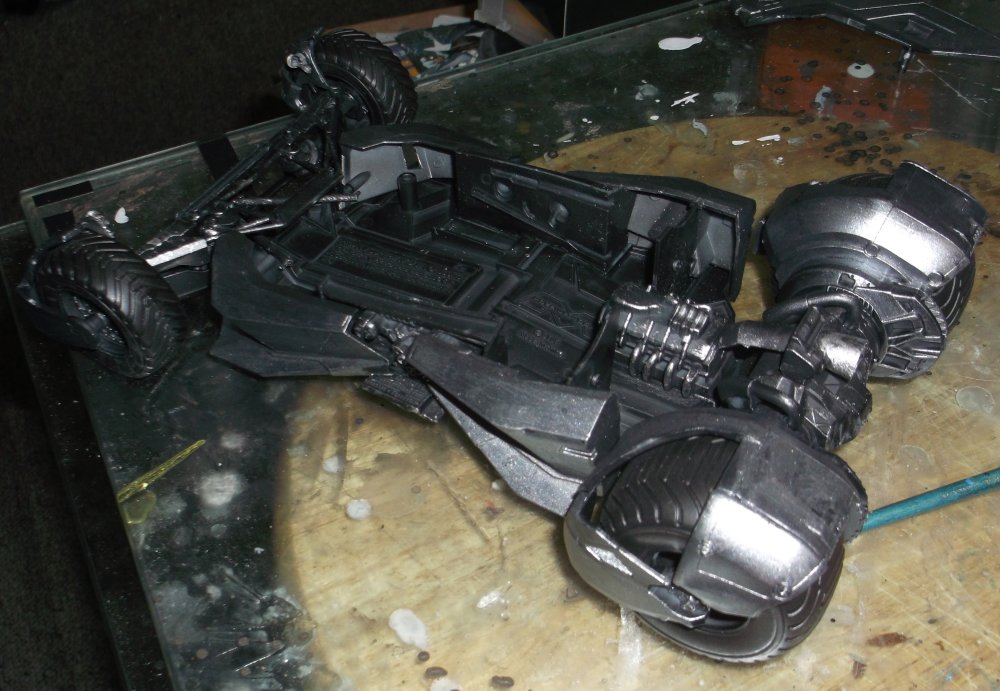 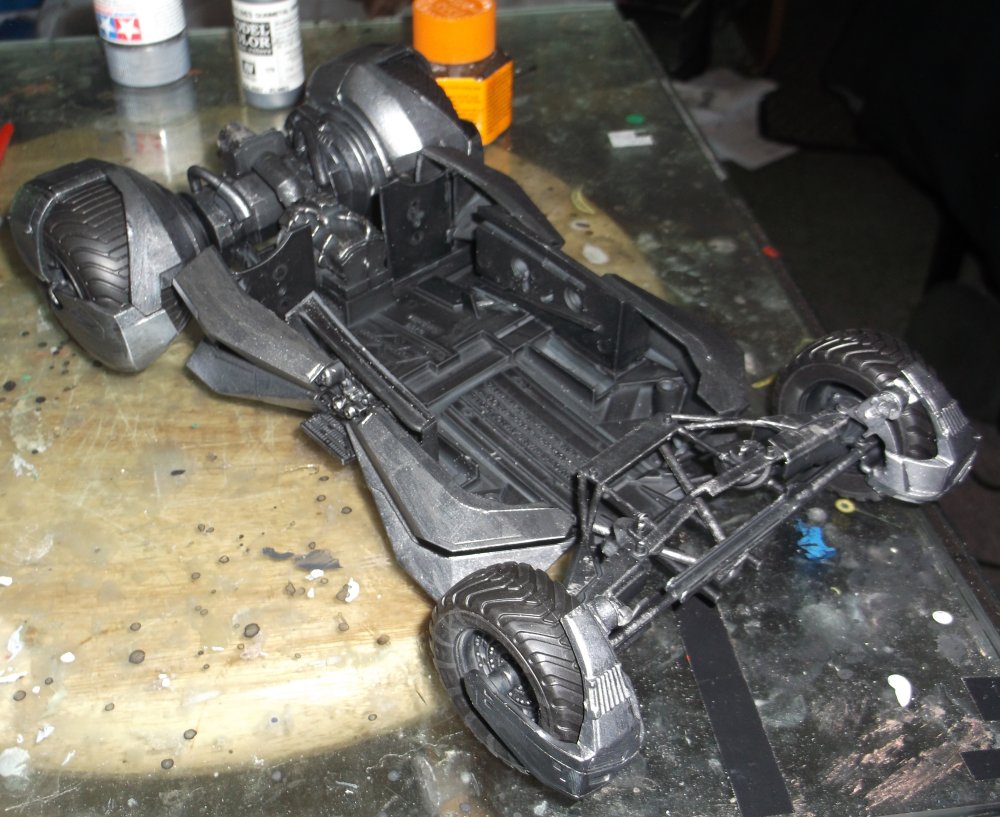 Interior was done up mostly as called out in the instructions.
Biggest change I made to the colors was leaving the floor black 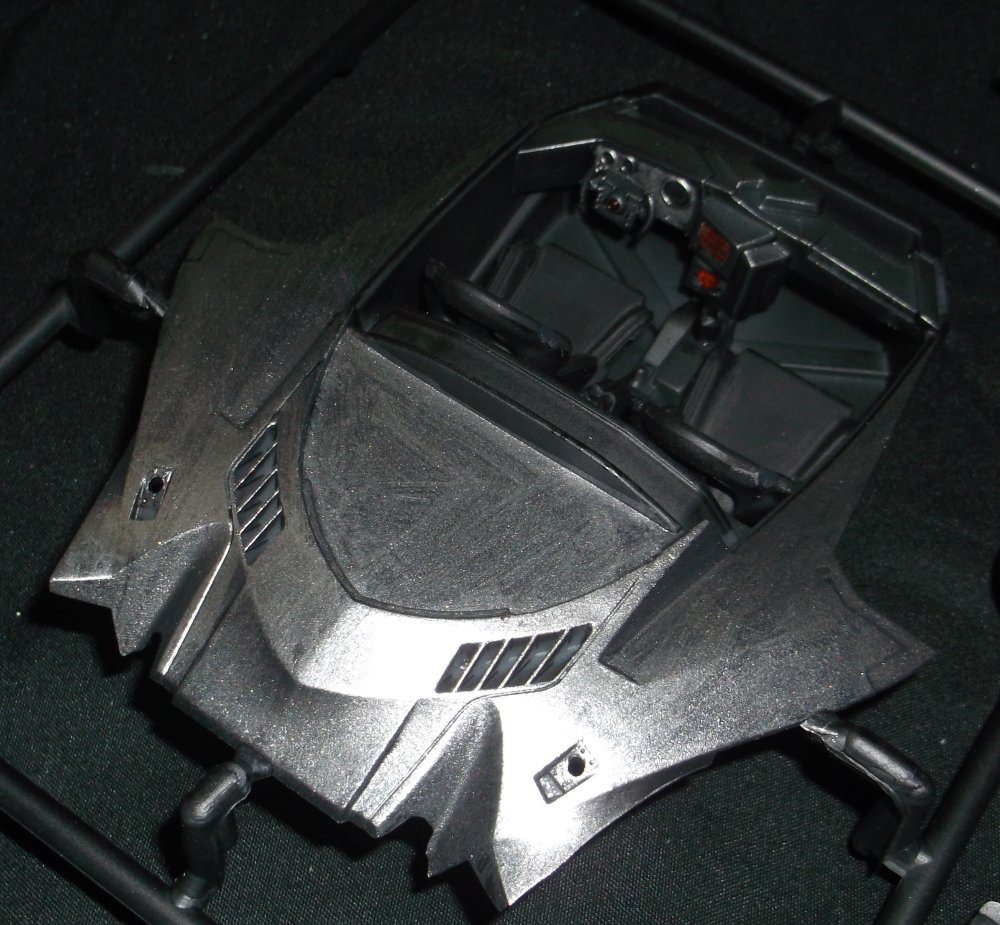 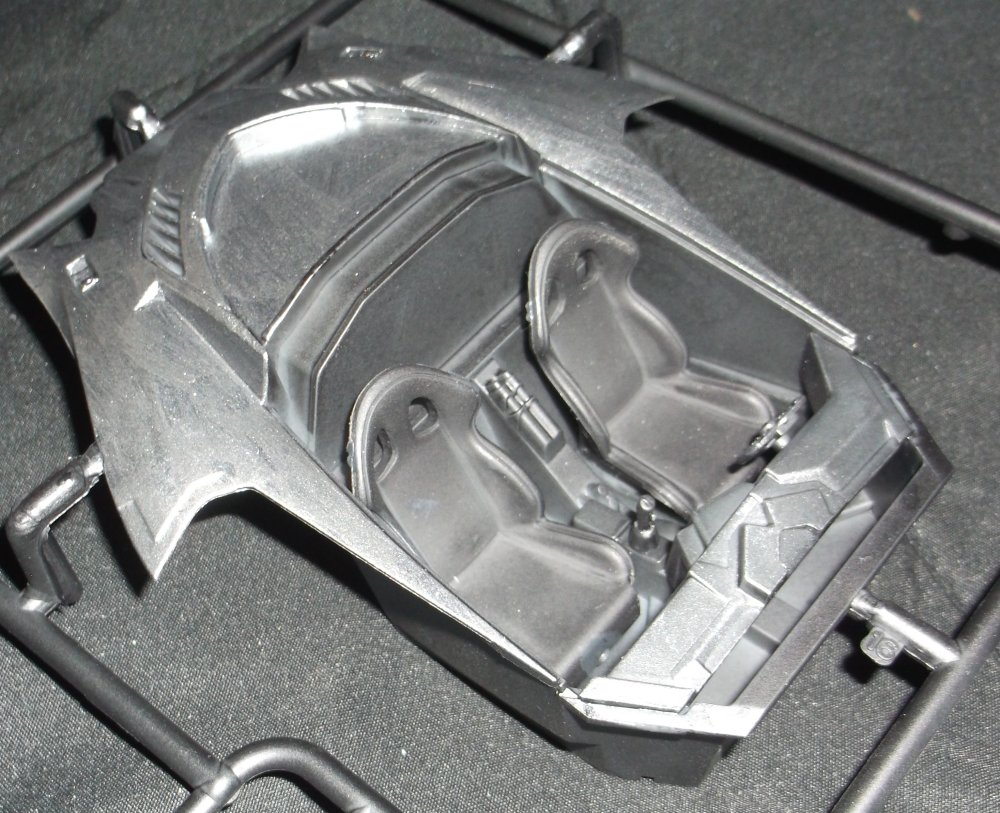 Worked through the rest of the assembly steps, only encountering minor problems.
Until, that is, that I went to assemble the rear wings and their support structure. I did the best I could with it, as I was starting to get more than a little frustrated.

With that finally on, I added some streaking and other detailing with a black wash. 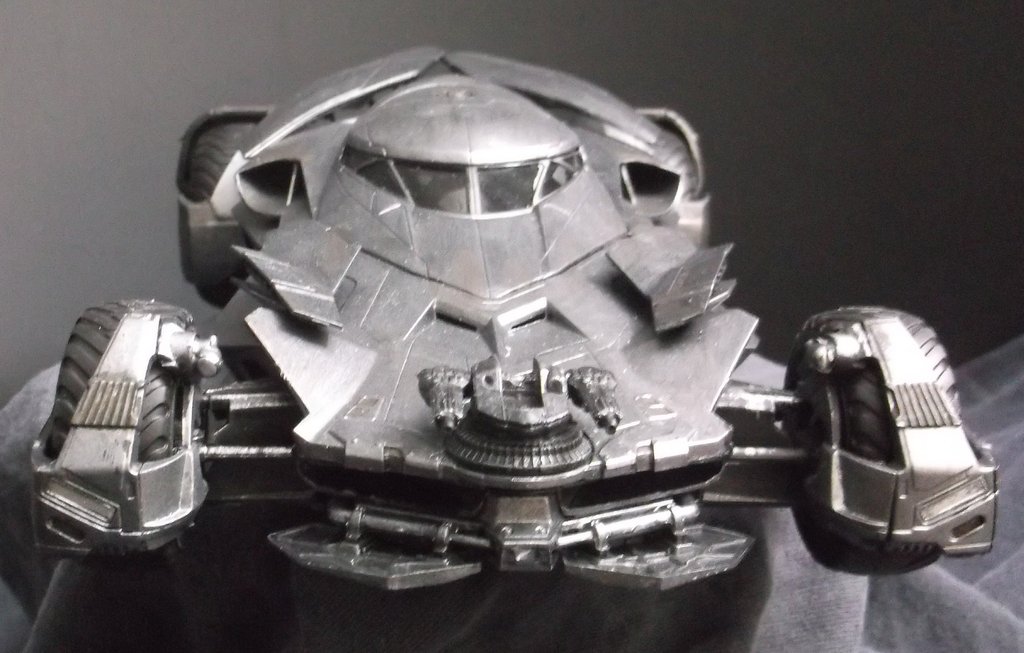 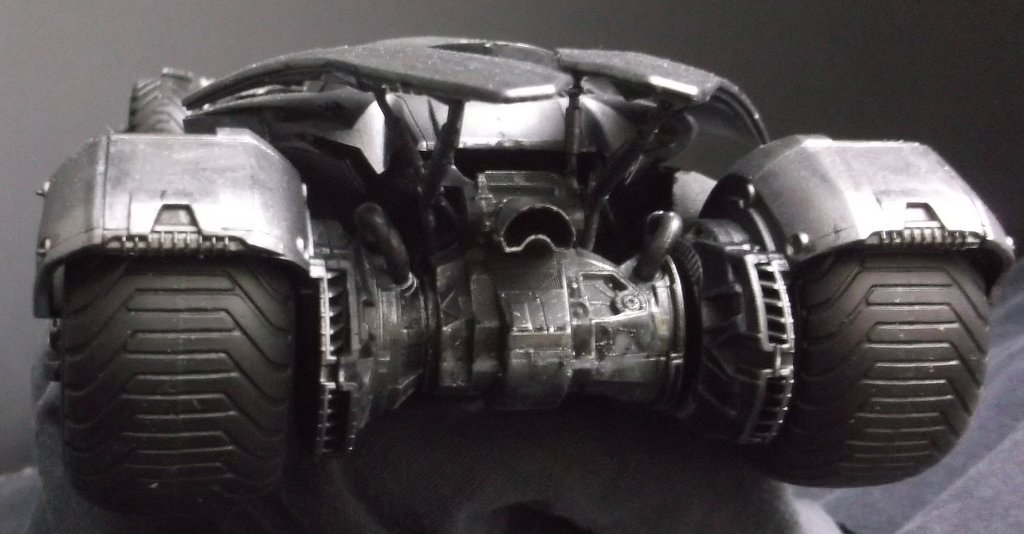 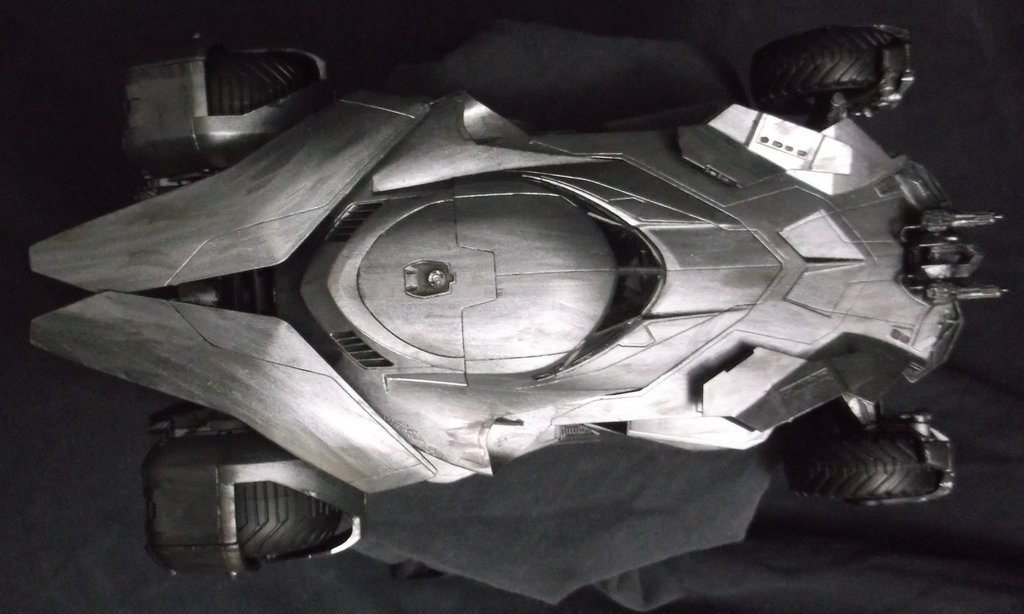 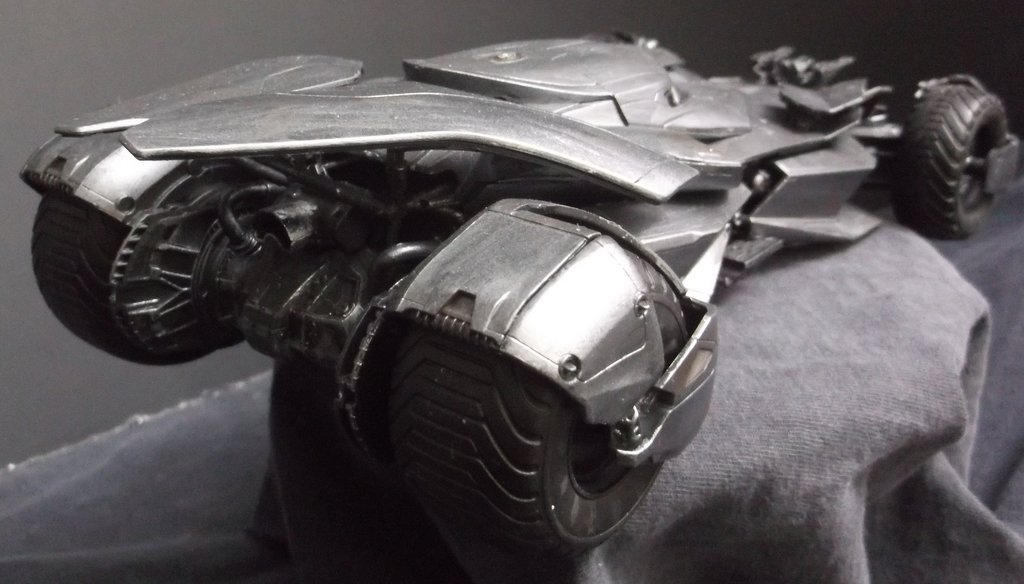 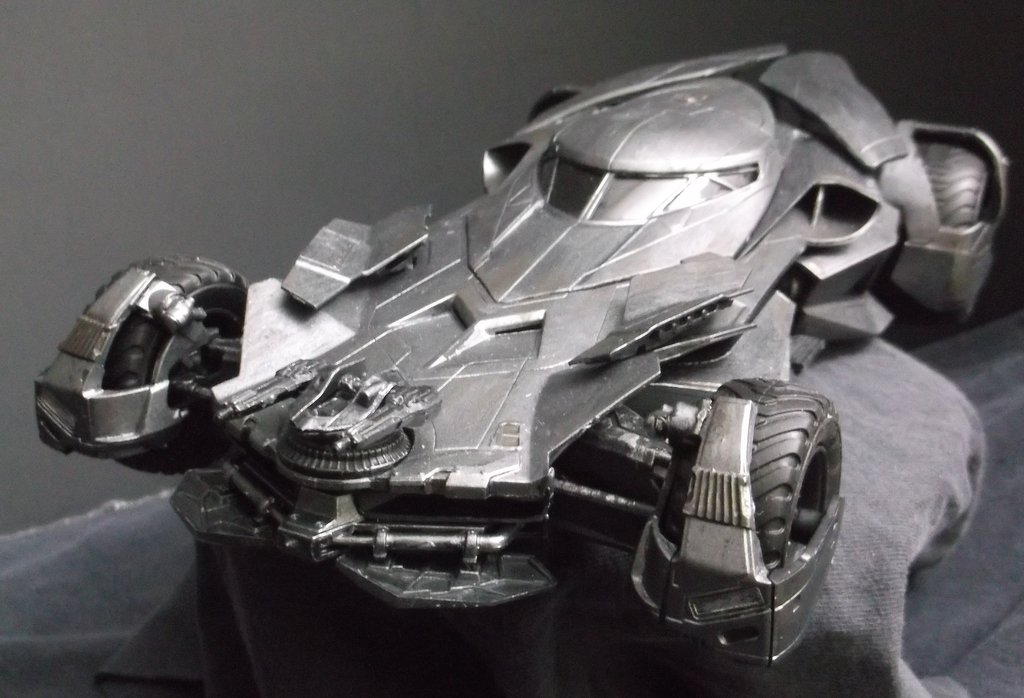 Nice to see a buildup of this model. I've seen the kit my LHS and was surprised at how heavy the box was.

You did a real nice job on this Q! Great color choices.