Next up on the bench is a build that takes me back a good ways.
I'll be working on a custom car from some varied story and RP ideas that I've been working with for several years.

What I'll be building is a vehicle I call the James Security Technologies RNG-1D Renegade Racer.
(Think KITT crossed with the Batmobile)
It starts as a modified Ferrari Testarossa 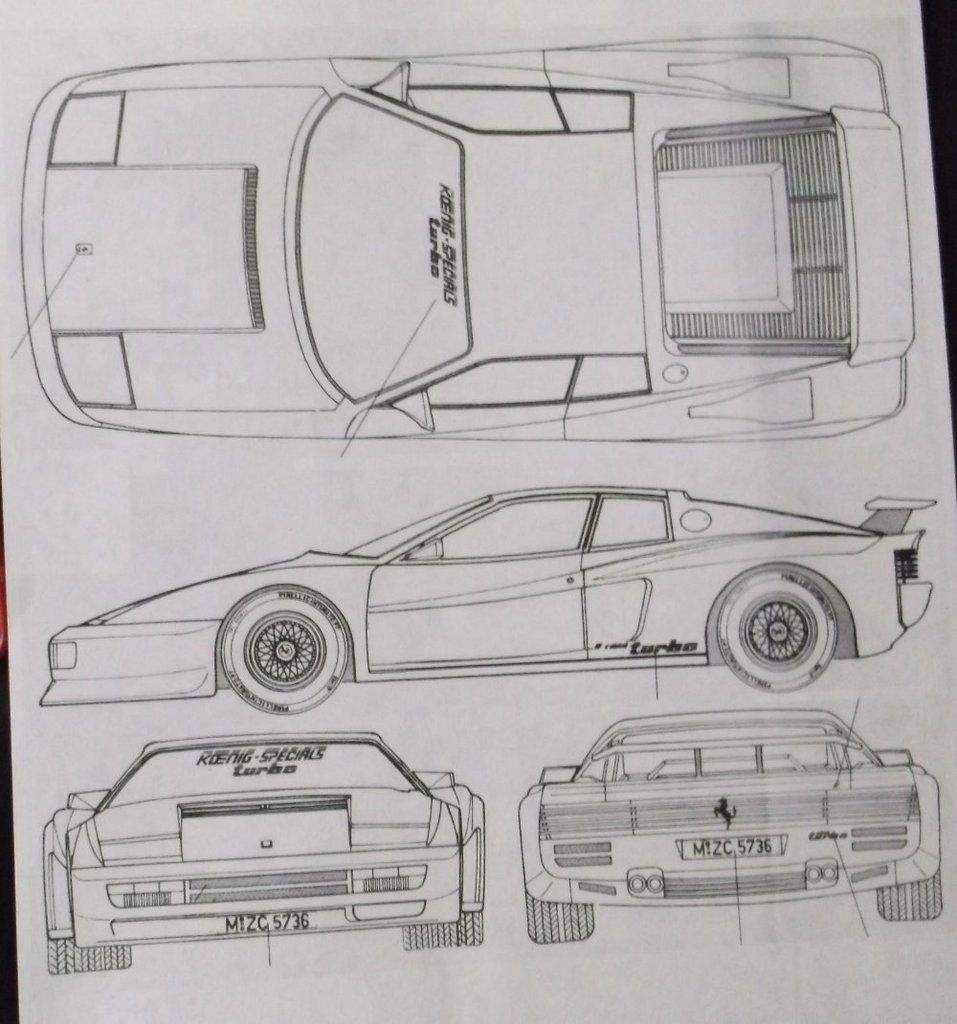 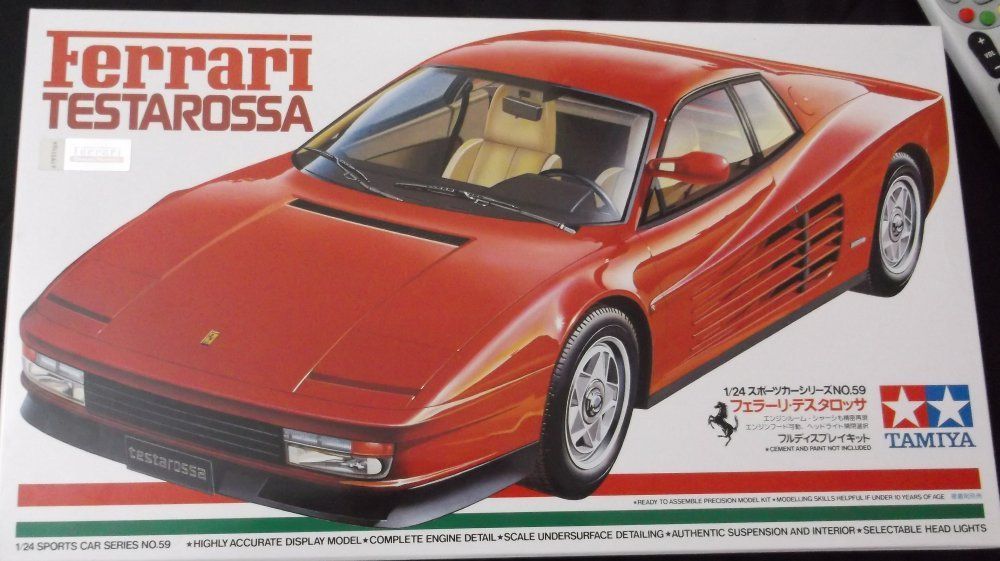 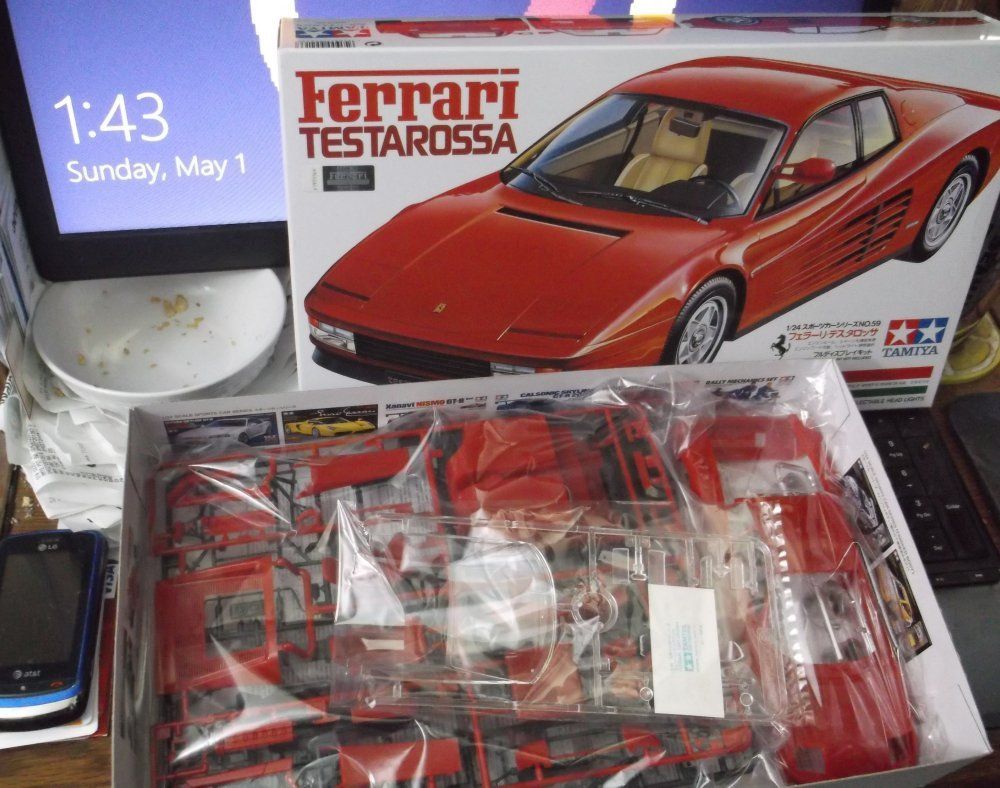 A look at the stock kit contents 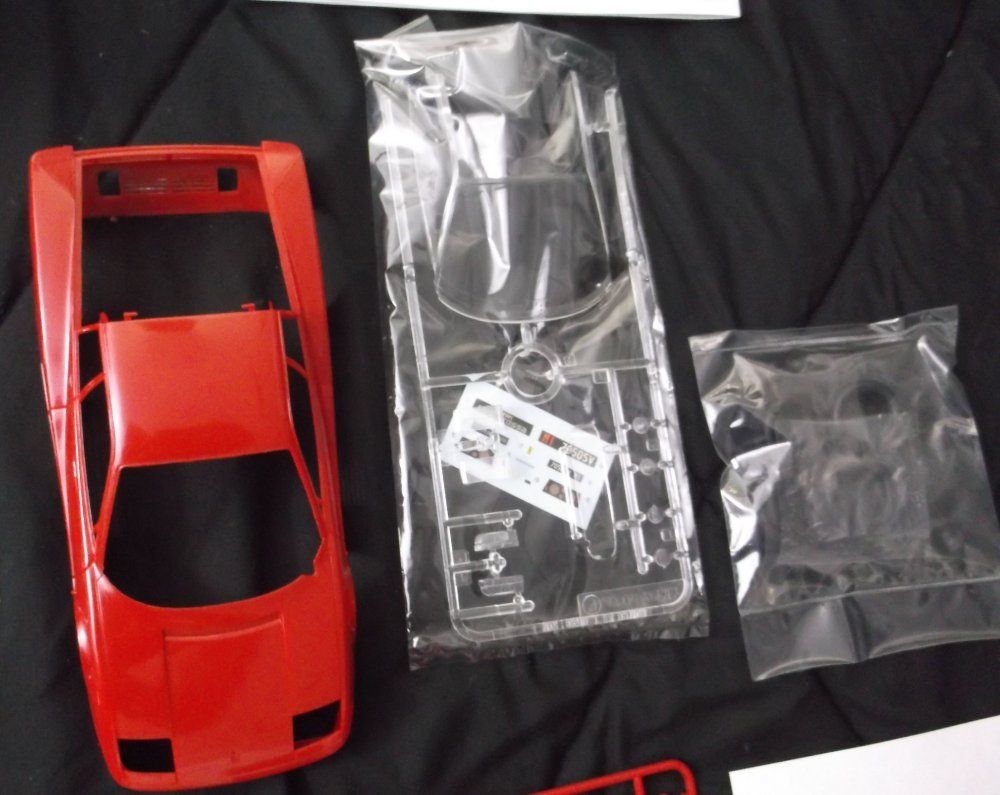 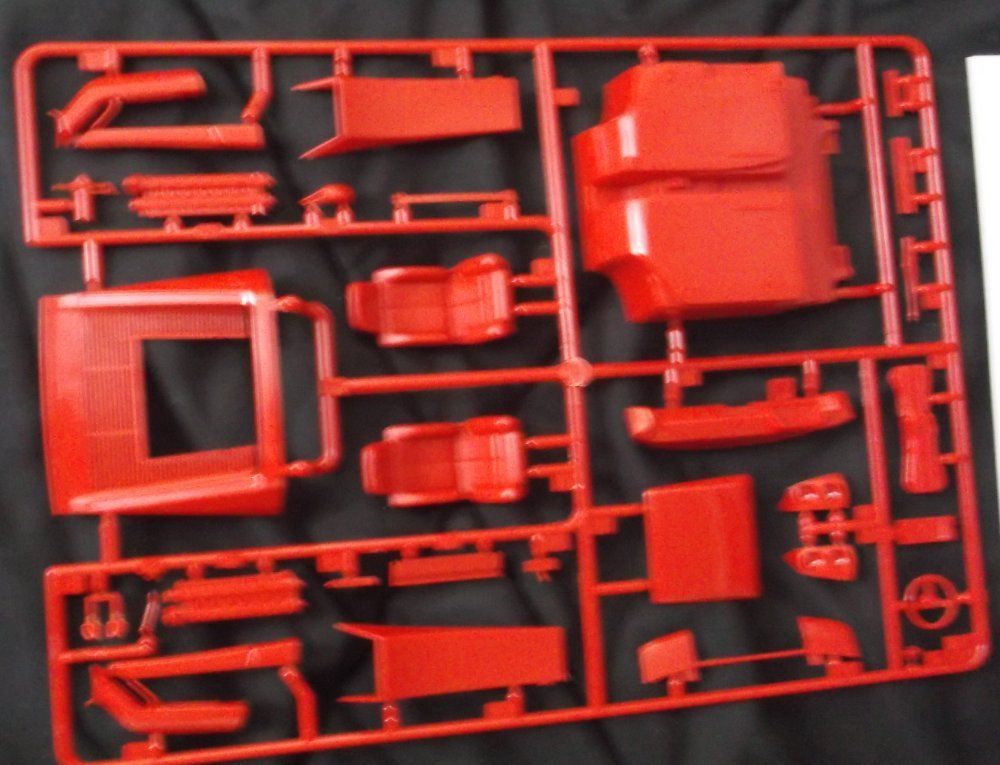 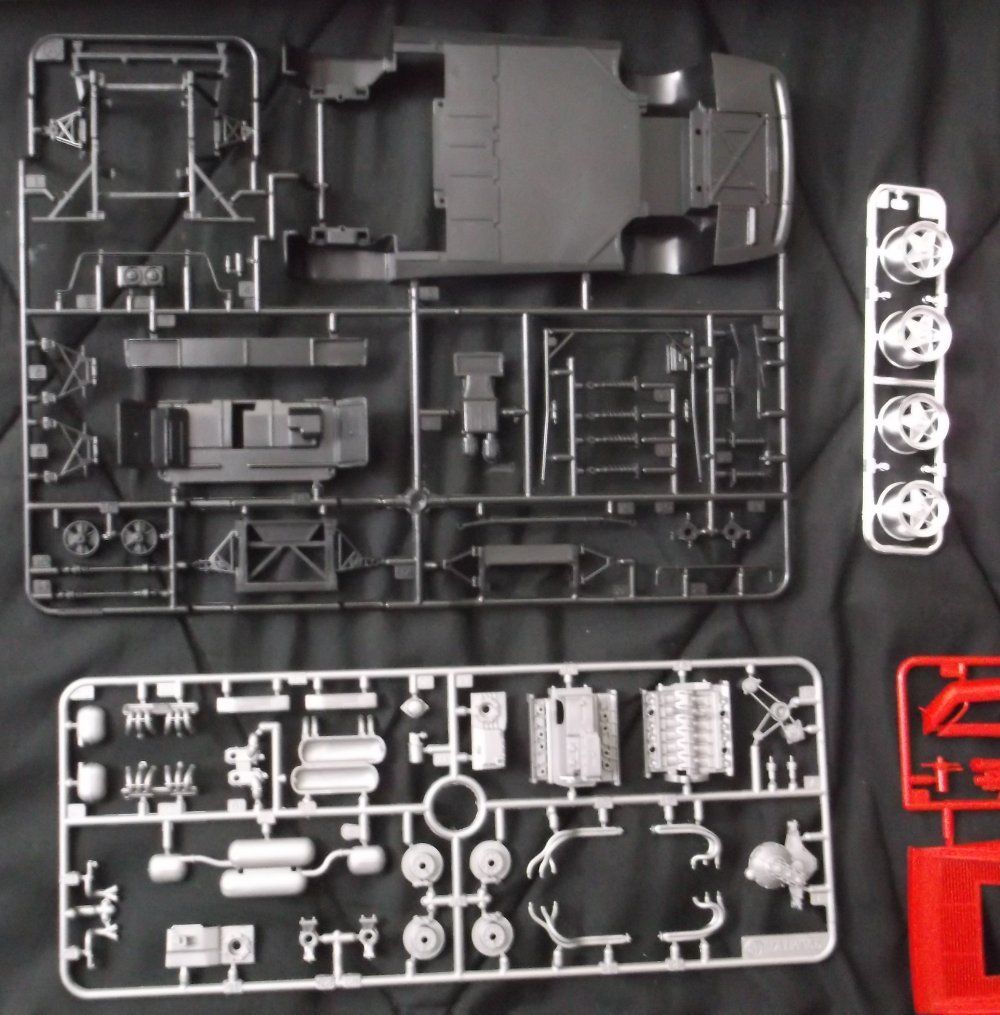 And work begins, as with most cars, on the engine.
All detail paint work has been done by hand with a fine brush
I even painted in the belts with a dark grey primer 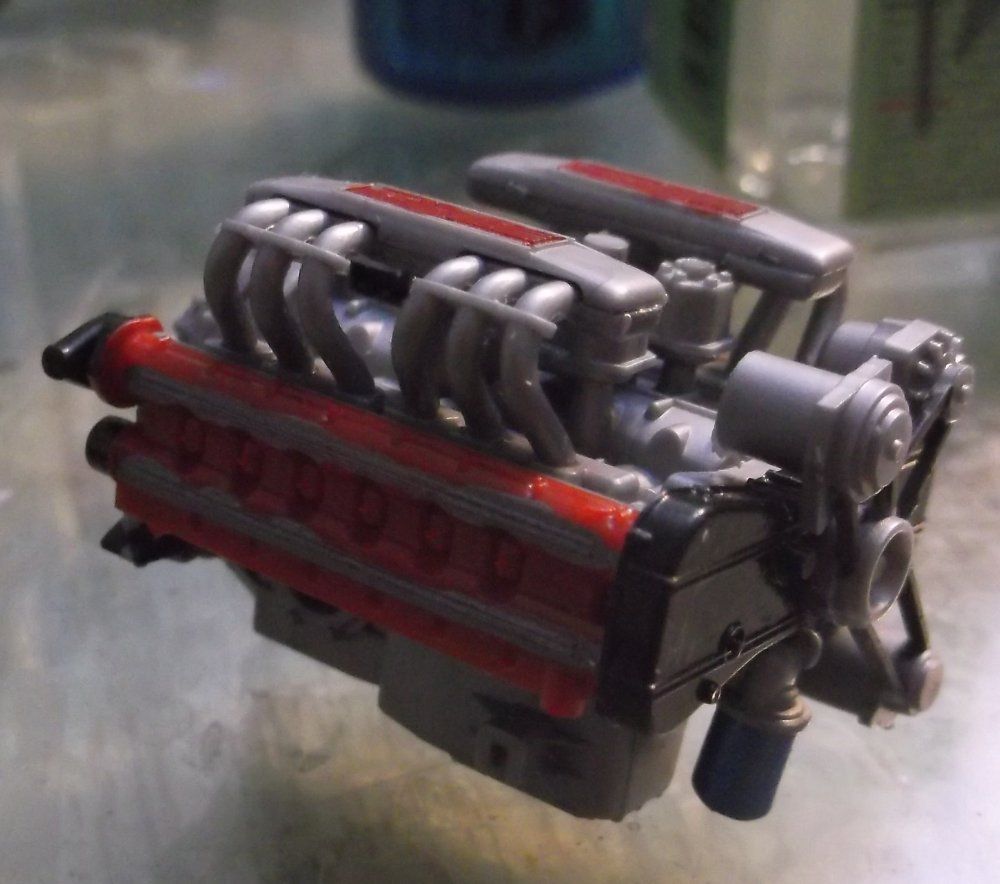 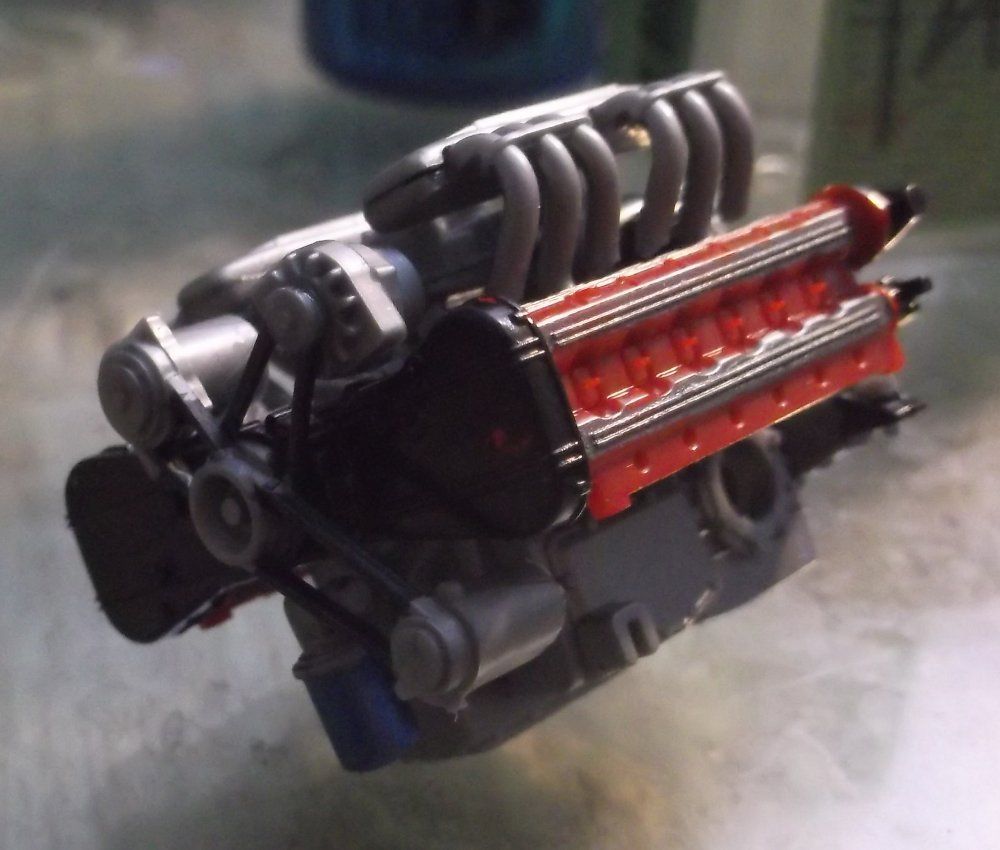 Your builds keep reminding me of Kung Fury ;D

Thanks
Hopefully the build will keep you intrigued, urumono

Thanks, Scott.
It's still a VERY nice kit, even given its 80s vintage

A great conversion is coming there!

I certainly hope so, Kyp

Okay, folks,
Sorry for the delays in updating this build.

But, here's an update on where I'm at so far

Finished up the engine mount and drive train 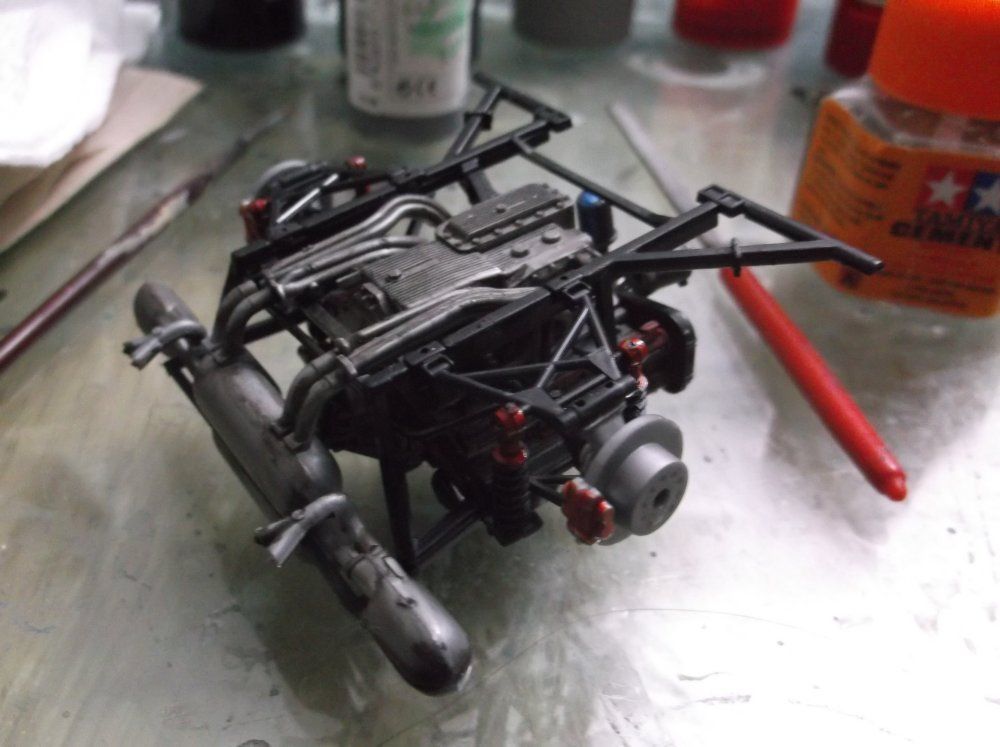 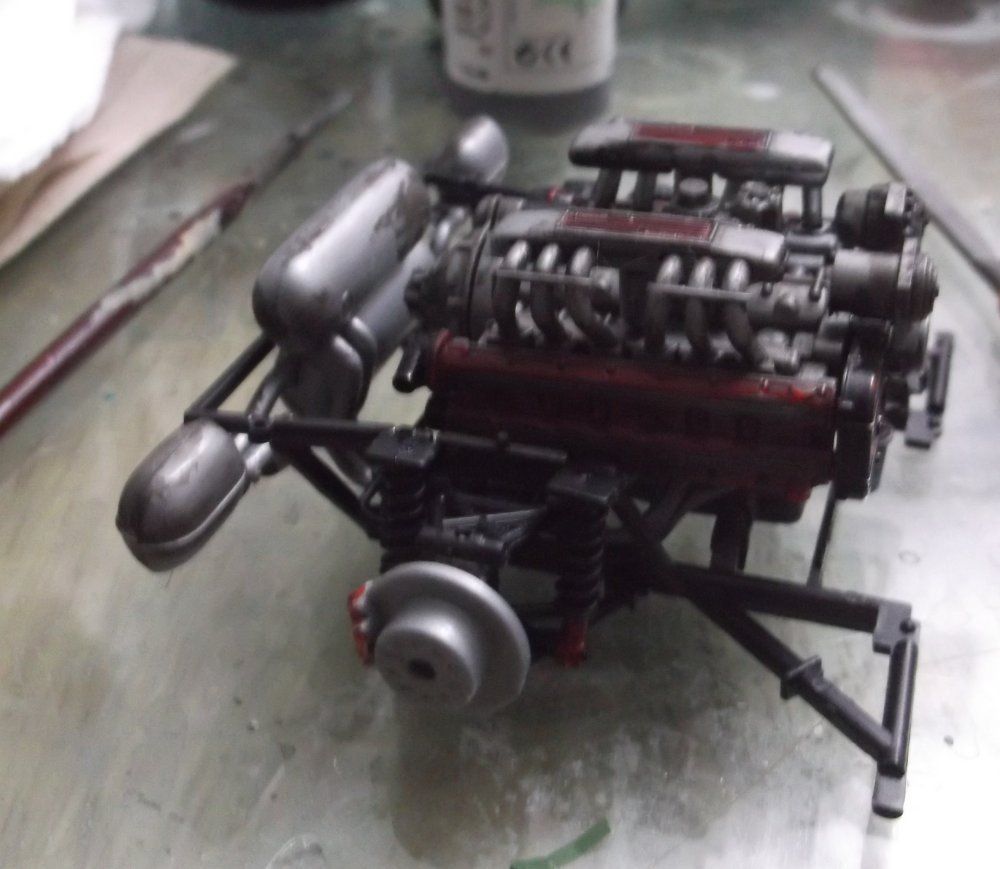 Built up the front steering

Installed the Engine and steering into the chassis 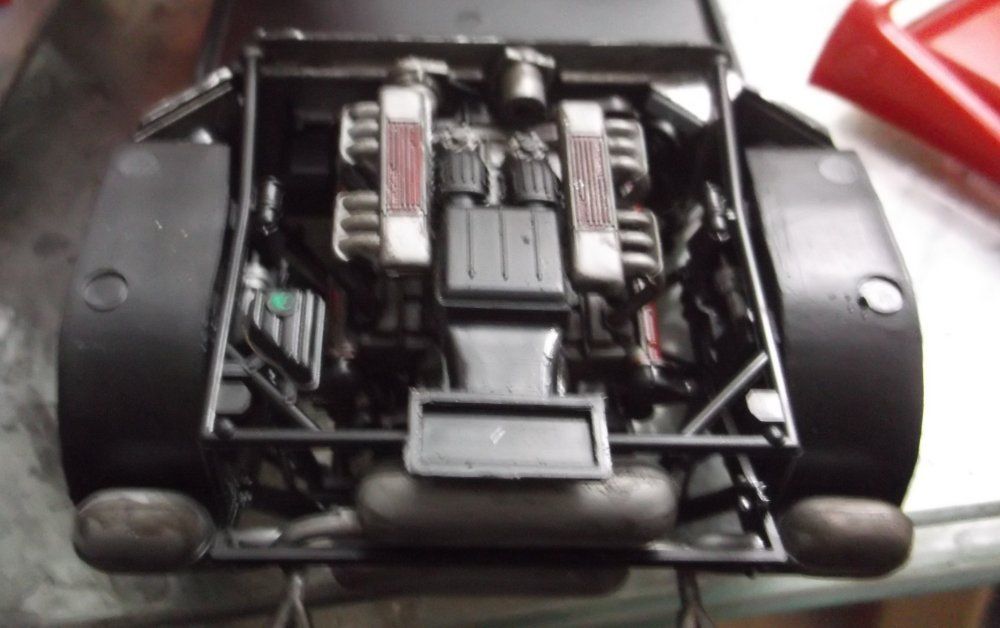 Glued the engine cover onto the rear hatch 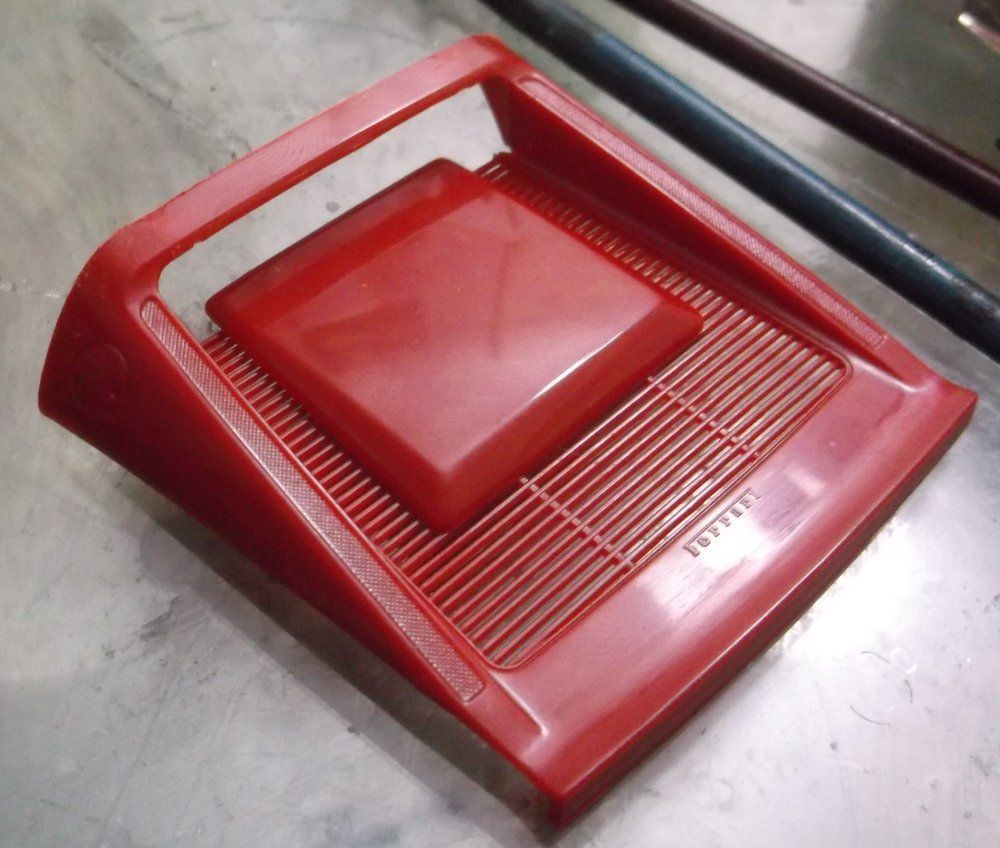 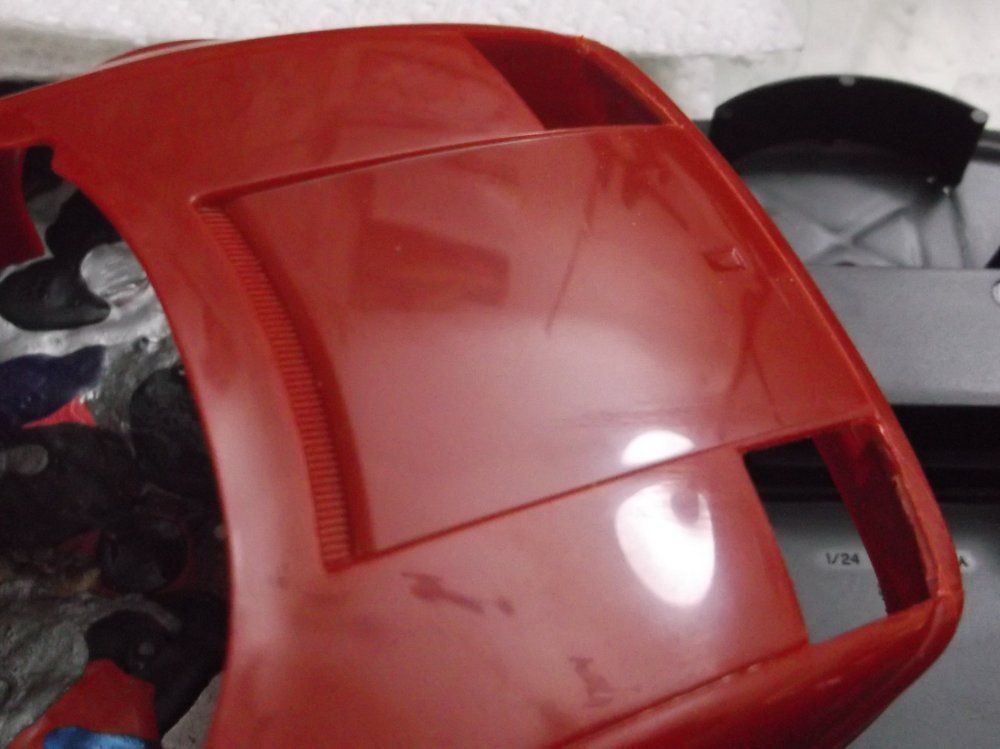 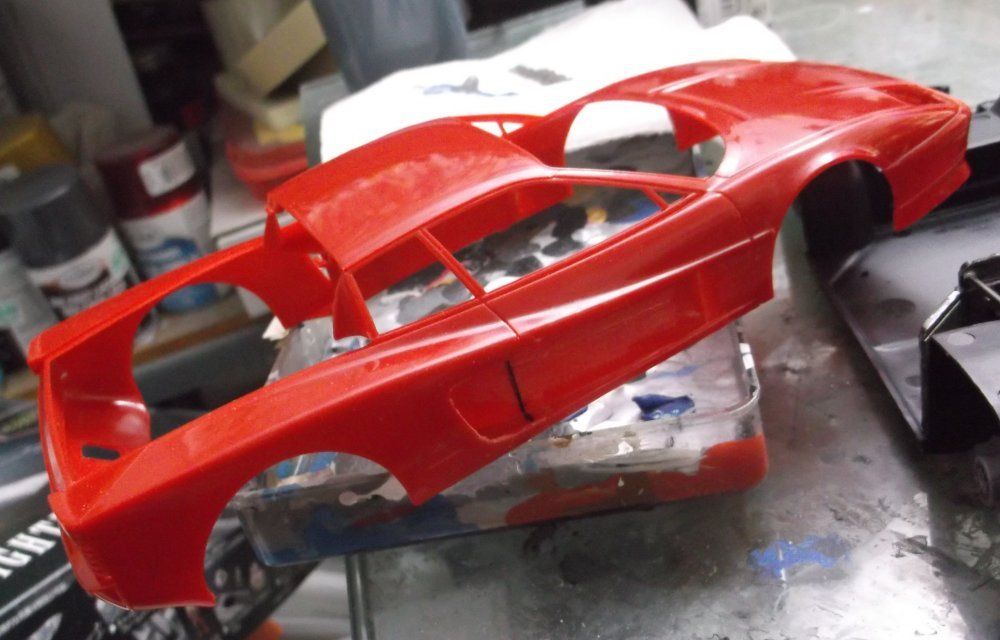 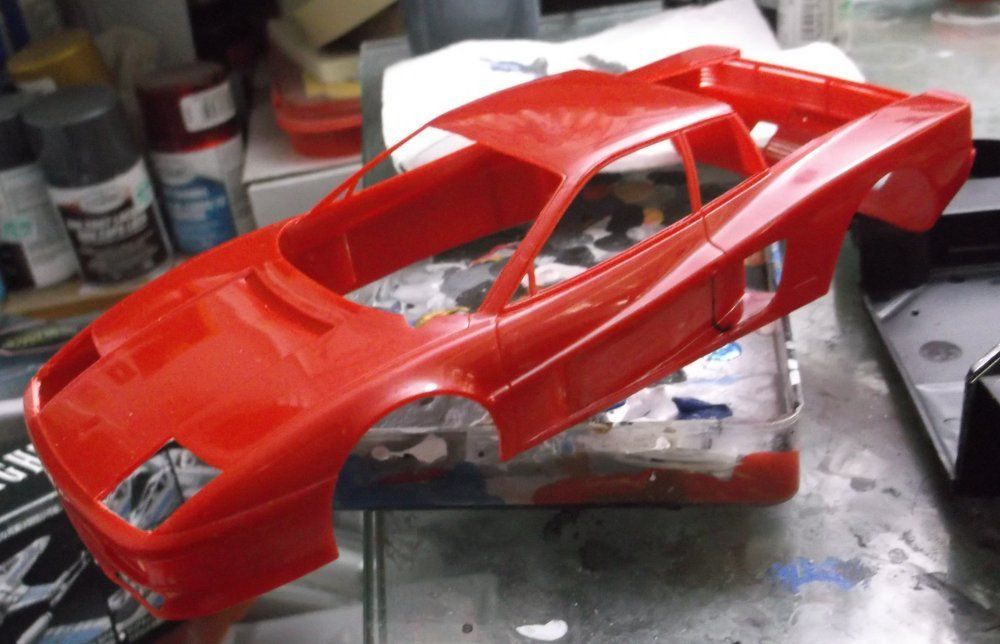 Update time with the build on the Renegade Racer

Using sheet styrene, I built the housing for the new headlights 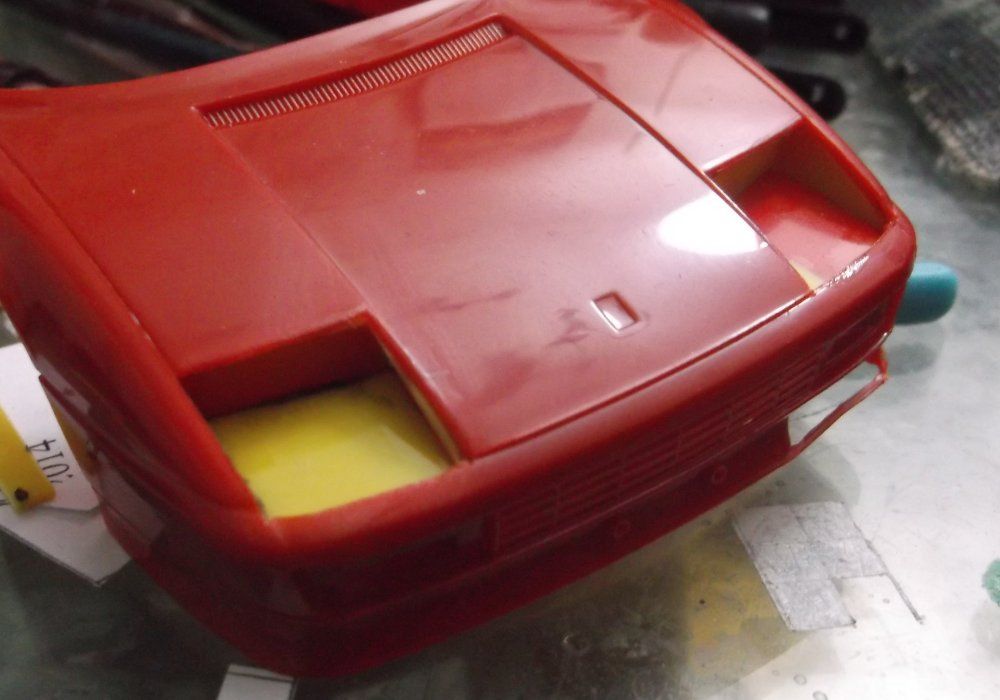 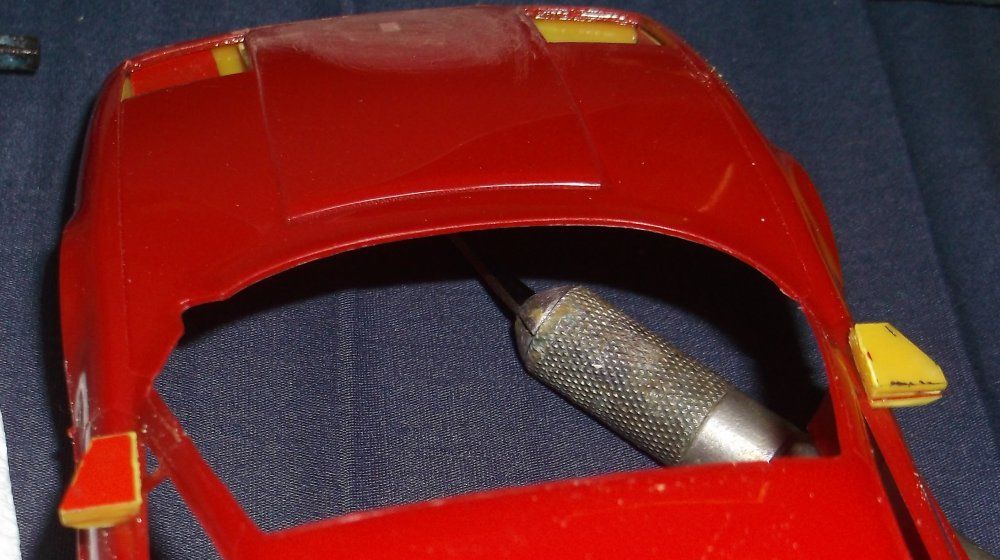 Bent some sheet styrene to make the spoiler for the back deck, then built some vertical mounts for it 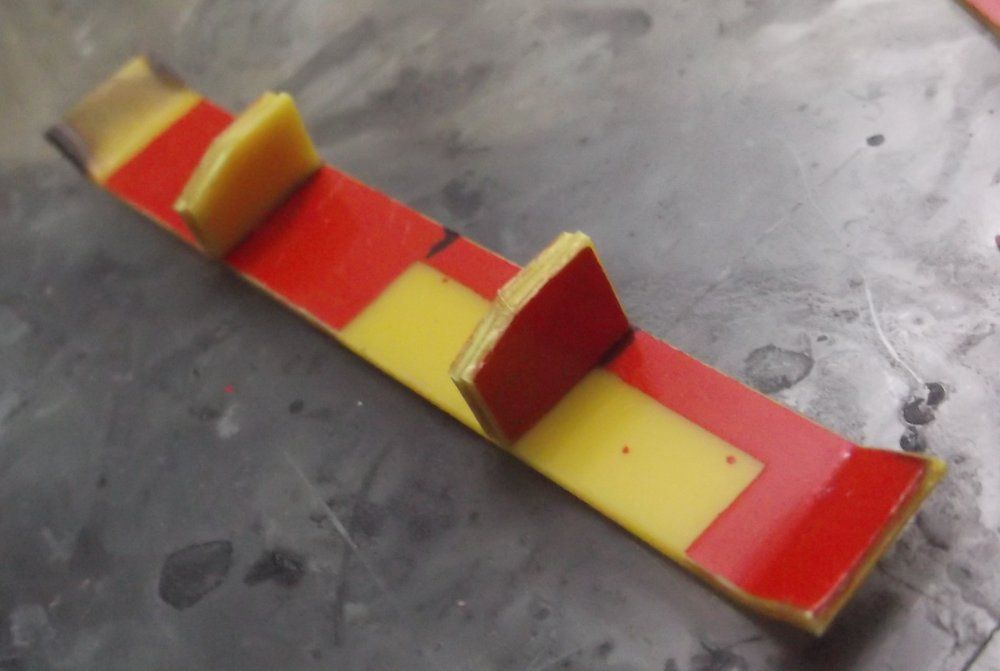 Spoiler mounted on the back deck 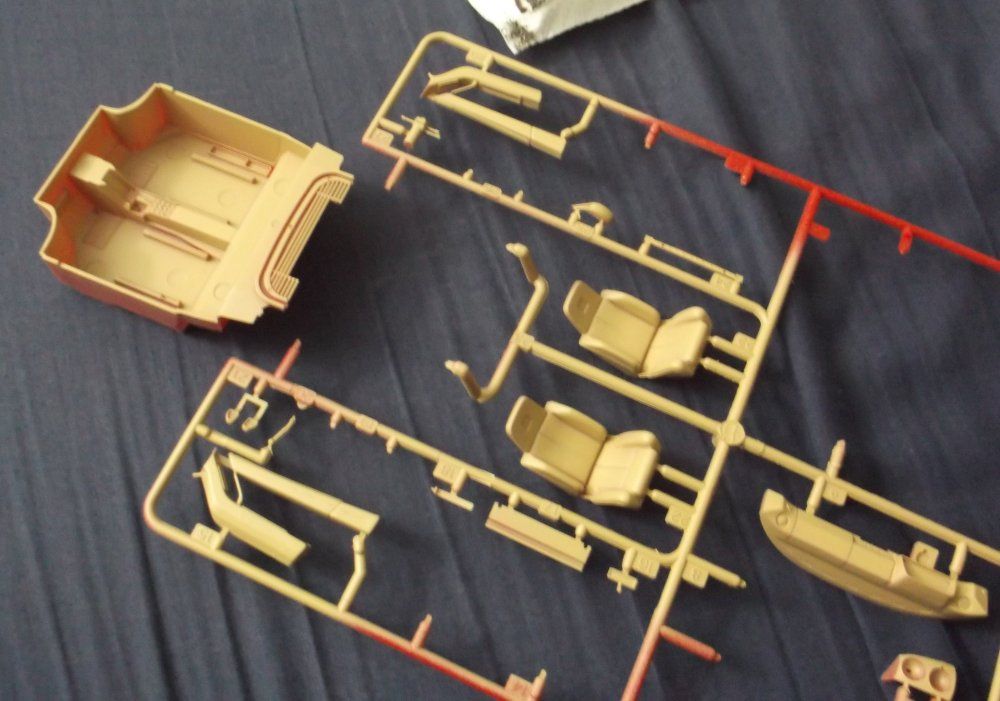 Interior was assembled, and detail painted 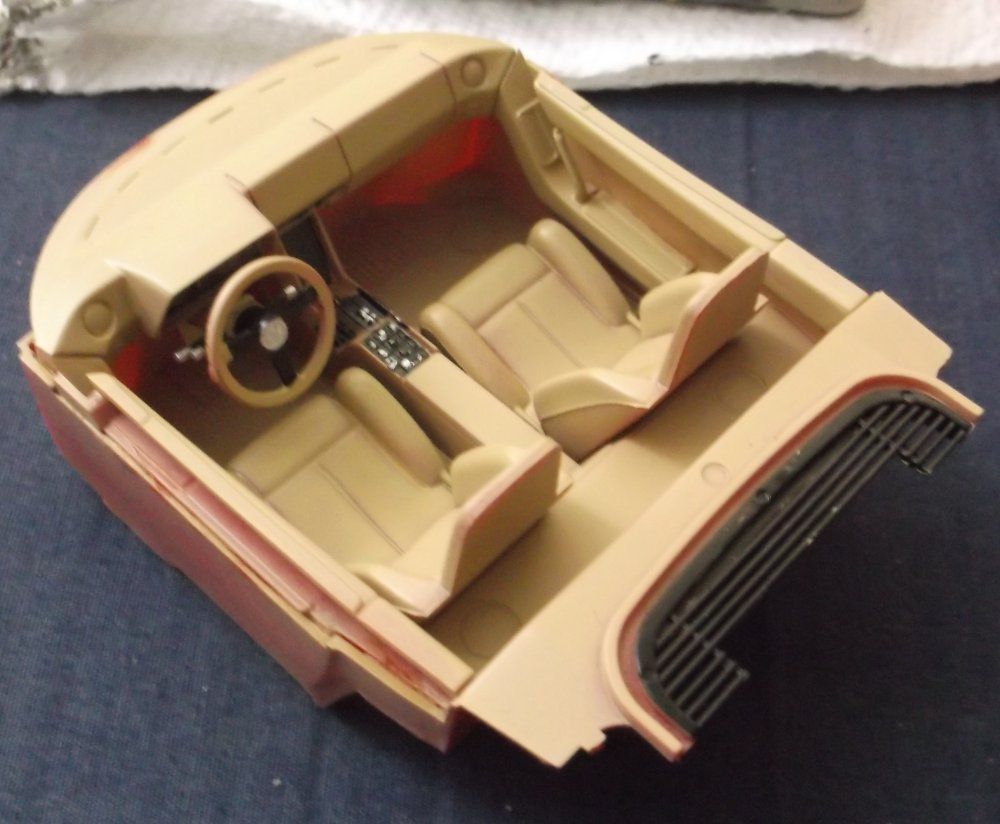 On the front behind the main grill, I opted to paint up a simulation of a KITT-style scanner.
I started with white in the middle, then got progressively darker as I went further out.
This was then given a coat of Testors 'Hickory' wash to give it more of an amber/yellow color 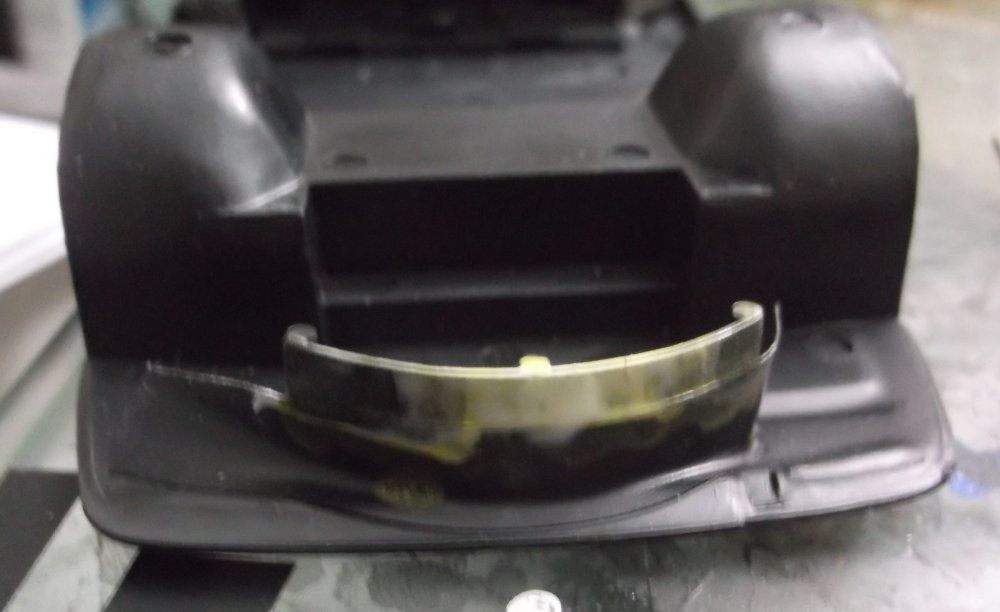 Front and rear light pieces were painted before assembly 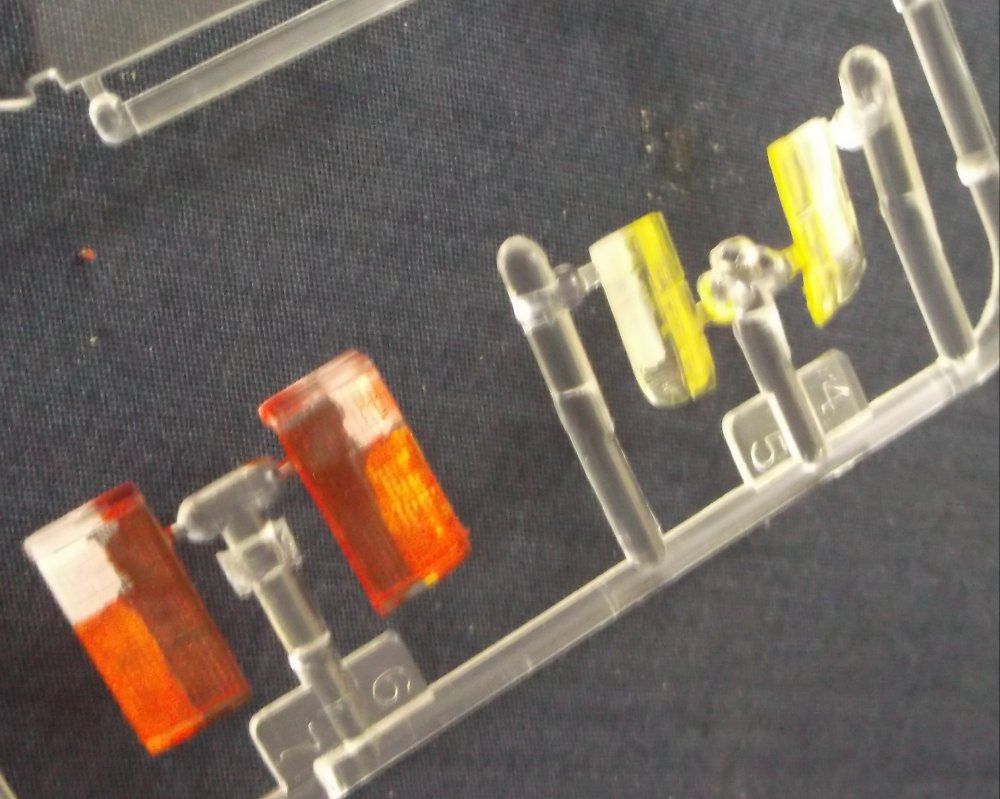 I gave the body a base coat of flat black, then masked off the upper portion to paint the bottom with Testors Inca Gold
This was given a coat of gloss after the masking was peeled off 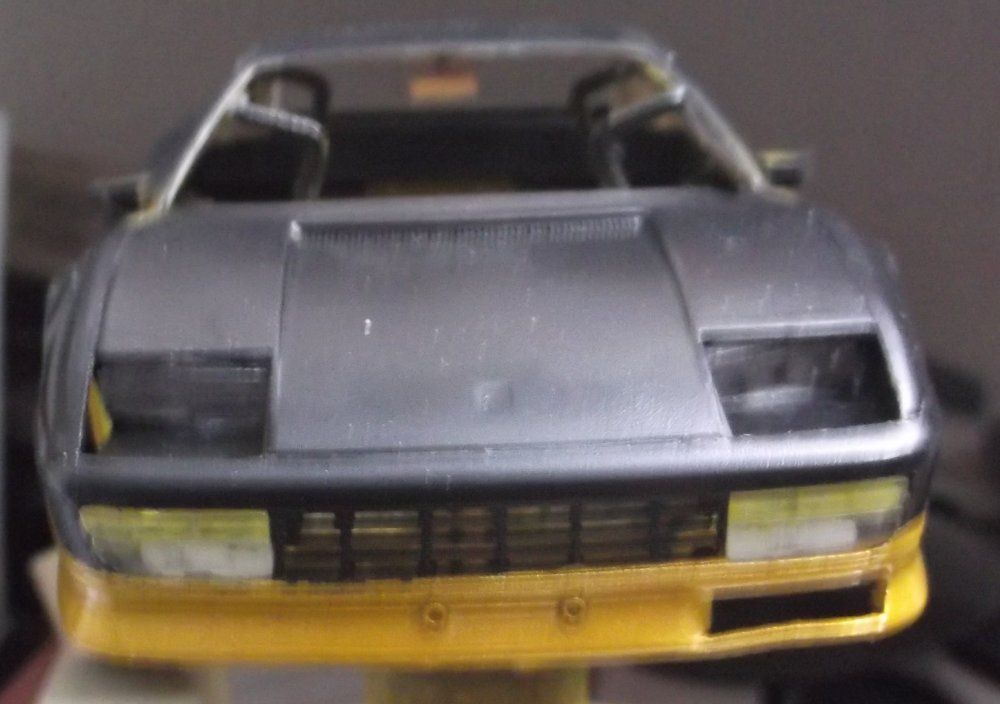 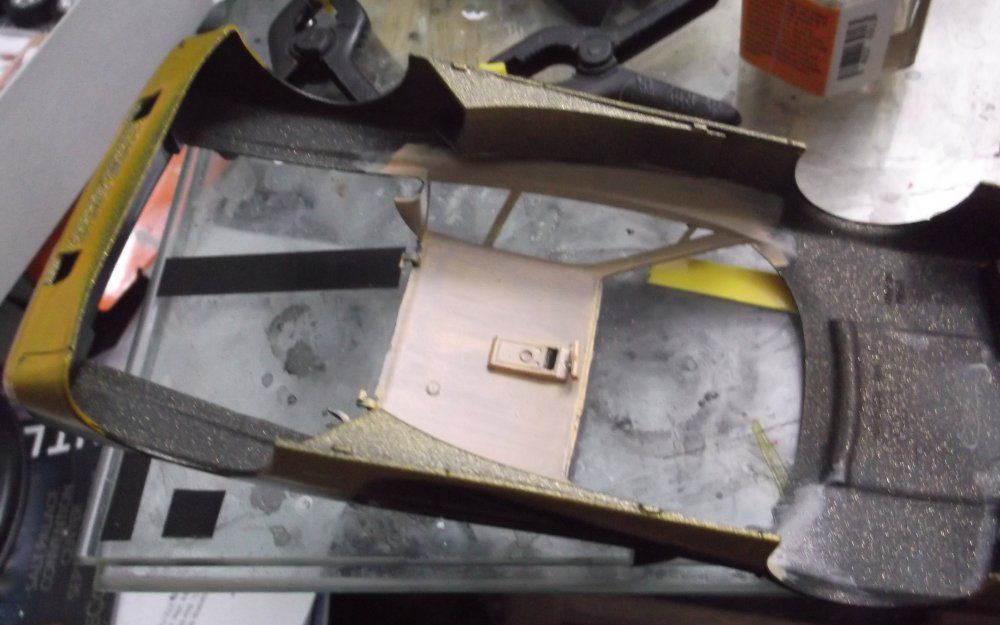 With all of the major painting done now, I went ahead and assembled the car.
Not before I painted the black trim on insides of the windows, however.
I added the custom markings, as well as installing the clear styrene covers on the new headlights 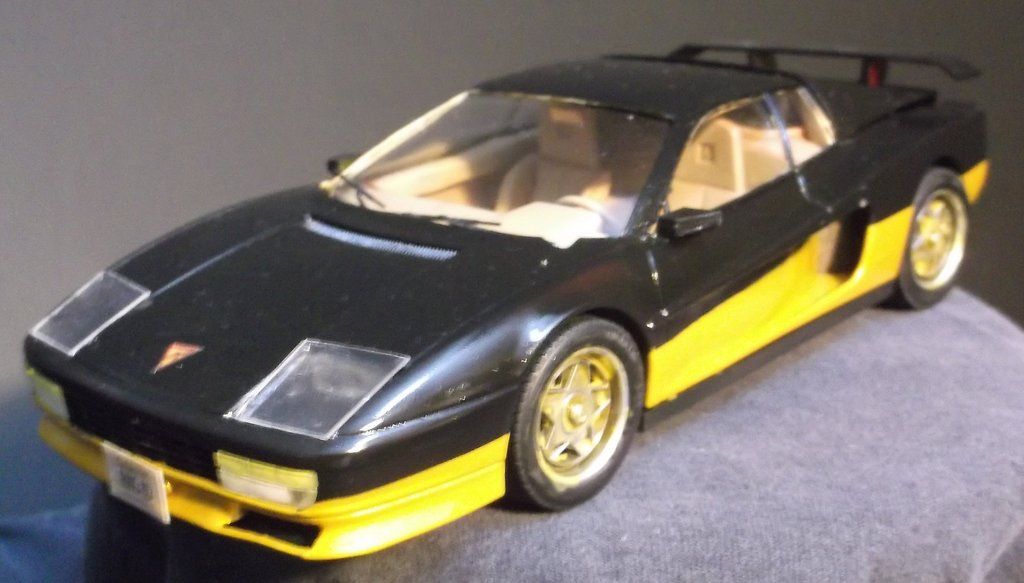 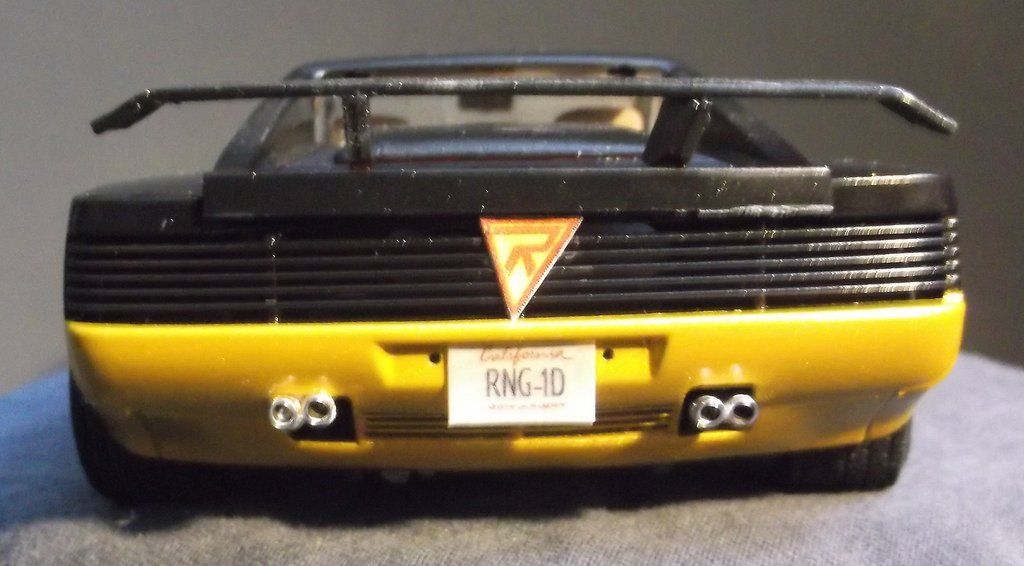 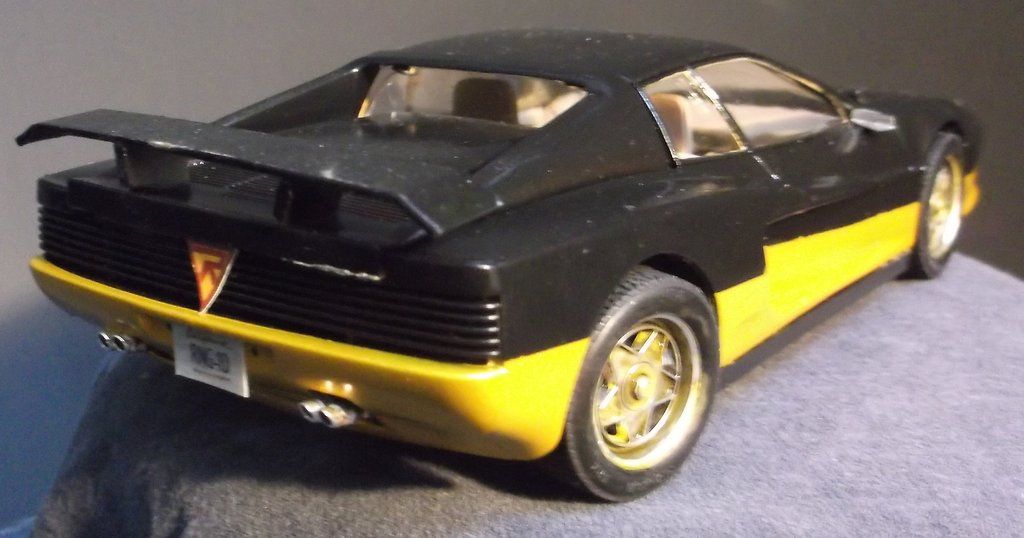 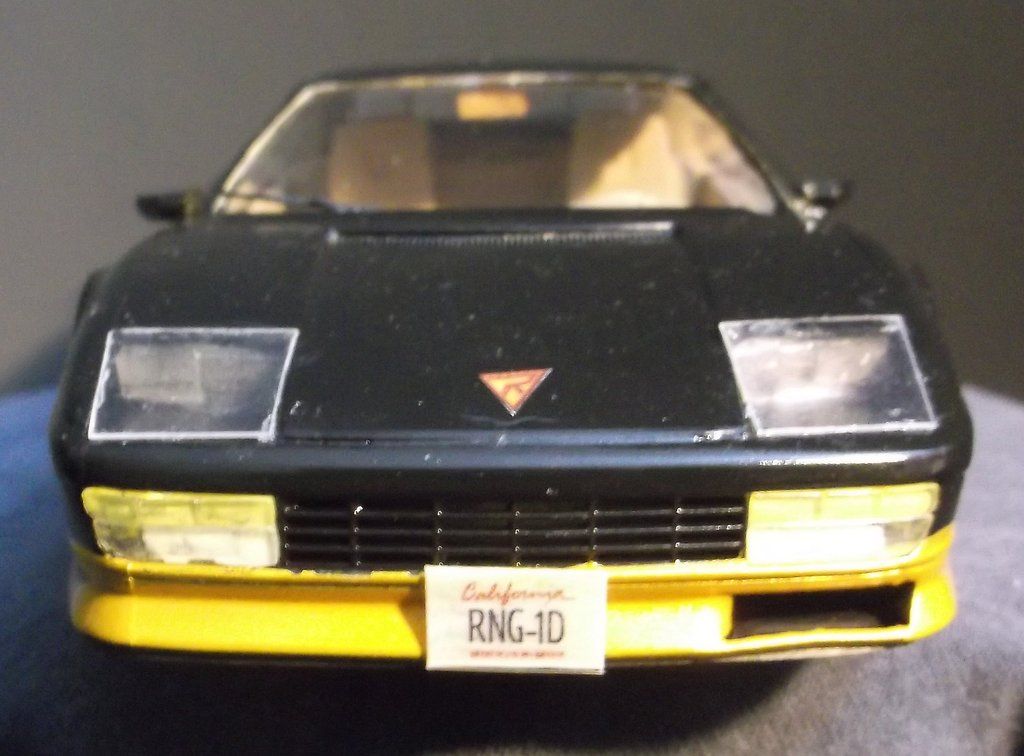 And, showing the Racer with the two main cars that serves as its inspiration:
The Batmobile, and, of course, KITT 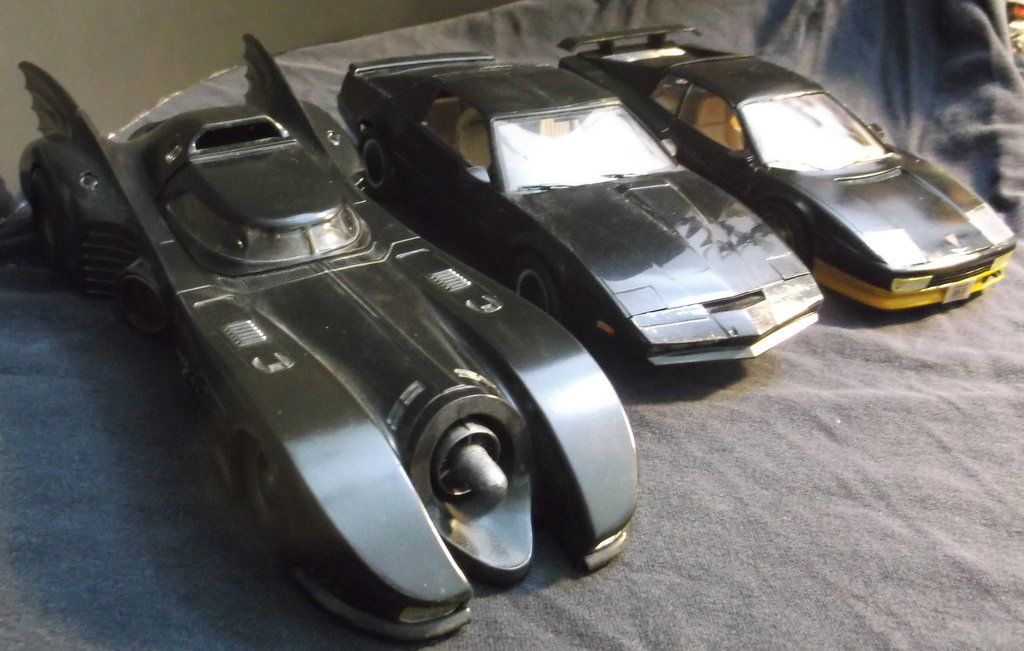