Hello fellow modelers!, this is my first model that I have posted on this site from the start, I purchased this model about 3 months ago, I had a previous model that I started two years ago, the Revell Arizona which is in my Weathering a Batteship post, which I have finished at least for now! and I have been researching how to model ever since, I have seen some amazing models on this site, I undertand it takes time and practice just like anything to else to become a better, I have already put a lot of work into this project, I dont have a paint gun, so this has all been hand painted which I am proud of!
Thanks for looking! I will hopefully keep this topic updated until I am finished with the model, how long it will take me I am not sure, but I am takng my time and doing my best! I have already made many mistakes, which I view as learning experiences, careful of Putty to much and it really does eat away the plastic! 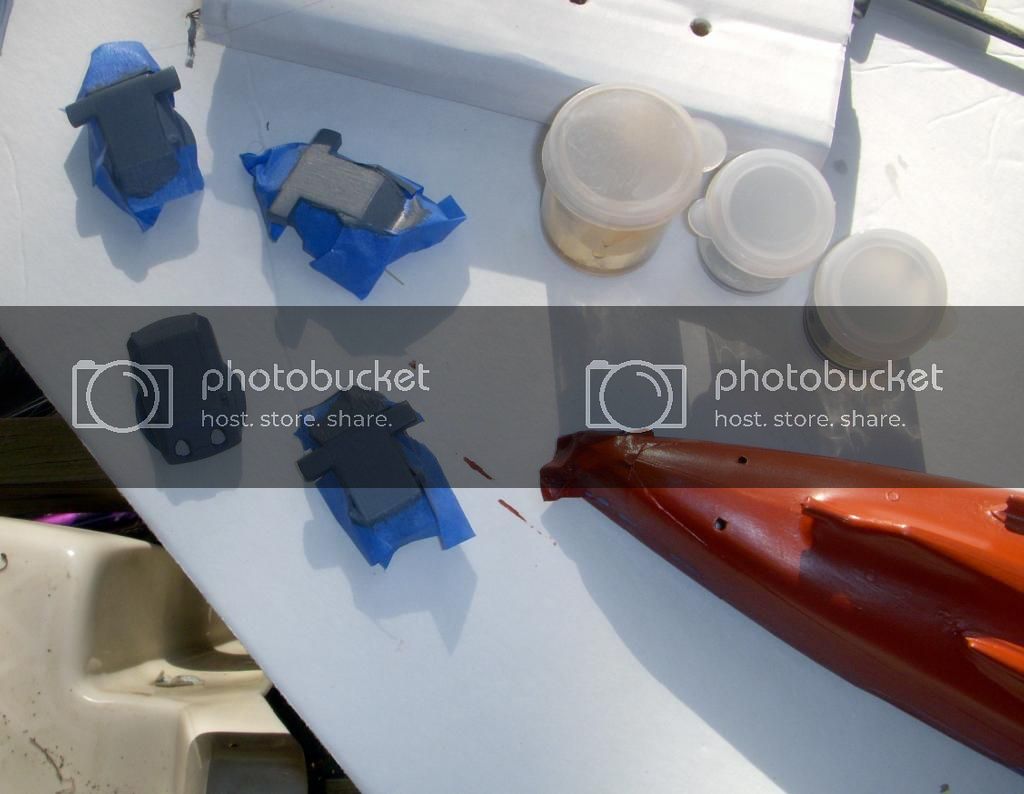 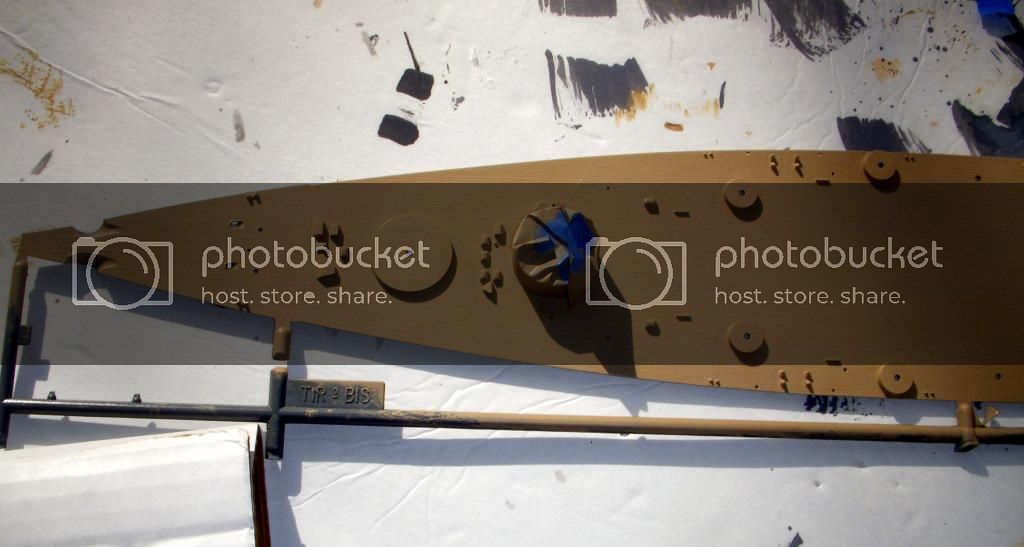 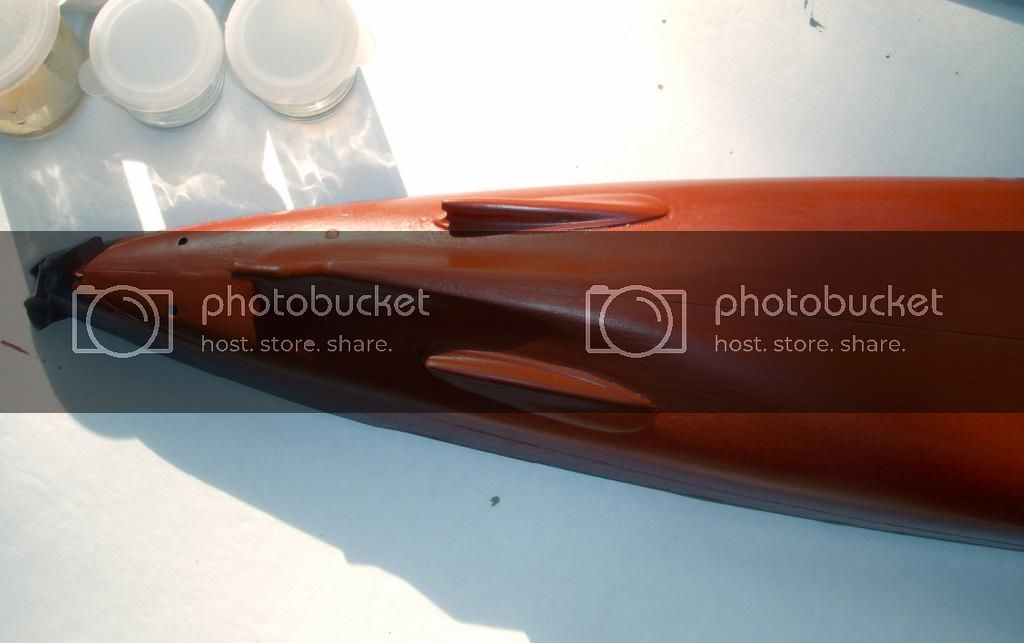 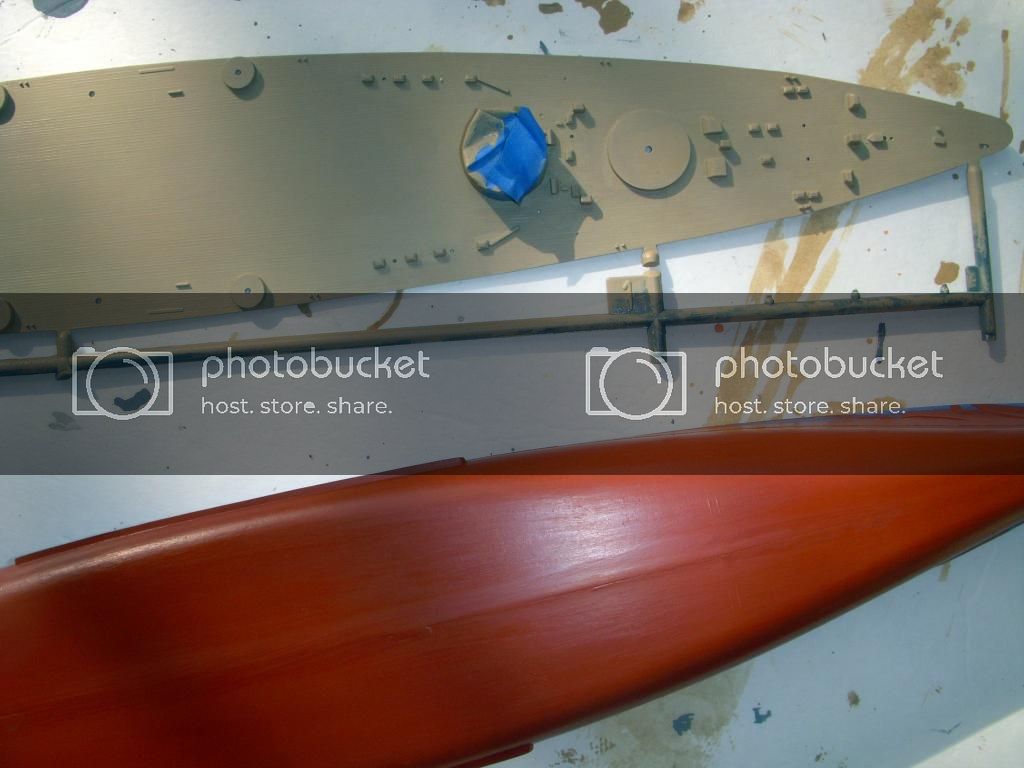 Thanks again for looking and if anyone has any hints or suggestions please feel free to post them!
Shawnl86
W

If it itches, scratch it

looking good so far, particularly curious to see how this turns out hand painted

on a personal note, what would the chances be of you being able to scan in the instructions and send them via email? I have the same kit myself minus instructions and would love to build it!!!

looking forward to a progress update

Hello Wayne, I am using paint sponges which are working amazing, I really would love a Paint gun someday, but until then I will rely on my developing hand painting skills! I can scan and email the instructions to you, however I am leaving tomorrow for two weeks to spend time with my significant others family, her sister just had a baby girl two weeks ago and she can not get enough of her! I will however if you send me your email address get that done when I get back, Its a really nice kit so far and even though it does have its flaws I think its very nice, and Ive already purchased two other Heller Kits.
W

If it itches, scratch it

Looks good man! Fun too see someone else tackling the same kit. I bet we can both learn something from eachothers builds. Seems like yuo have taken a bit more systematic approach, I just started building without thinking too much about the assembly. :
The sponges seem like a really good idea for the big surfaces, like the hull and deck. I used brushes myself, but I'll definetly try sponges for my next build.
Are you painting the ship according to the kit instructions or have you thought about something a bit more flashy? Anyway, I'm looking forwards to seeing how your battleship turns out.

No Problem Wayne, after all this site was built for fellow modelers to help each other and show off their work!
The sponges I found to be very effective on large areas, I purchased AK Interactive's German World War 2 paint set, which is water based acrylic allowing me to thin out the paint, I applied many thin layers over 2 hour period on two days, allowing the paint to dry for 10 minute intervals then applying another layer, holding the pieces vertical letting paint which other wise would of pooled to drip down to be applied over the entire area, this helped to ensure that the layers were evenly applied, and ensured no areas were over painted giving it a look of being stained rather then painted.

Thanks Enax and I agree, I've learned a lot from your and other modelers post, I've also enjoyed following your progress as well, I feel the same way about my Revell Arizona, but now if I compare the work on my Tirptiz so far to my Arizona I am already amazed by what I have learned and the major improvements I have made in such a short time! No I have not even looked at the instructions for painting, I have been looking at several other finished Tirptiz Models, and I have seen a lot of awesome Paint Schemes but im not sure which I will try to emulate, I love your Winter Camo, looks awesome, how difficult was the super structure to paint?
E

Doing my best with the paint, I didn't even bother with masking tape, just painted freehand with brushes. And YES, the superstructure is a pain, atleast getting the camo to match and look good + being as accurate as I can manage. http://www.bismarck-class.dk/tirpitz/tirpitz_menu.html I just this site as reference for the paint scheme, I bet you could find an interesting scheme for your Tirpitz there too. Luckily the ship was repainted so many times you have quite a lot of different paint schemes to choose from!

Hi, Shawn!
Nice to see you tackle another kit.
Great to see that you are allowing yourself to a learning curve. Way to go!
Nothing is worse than thinking that by building one kit one can make up for year of experience.
I'll be watching you! ;D
Cheers,
Guido
You must log in or register to reply here.
Share:
Reddit Pinterest Tumblr WhatsApp Email Link