Starting my first build for this year's Big Spring Contest over at scalemodeladdict.com
Going to be building a pair of X-wing fighters from the "Heartbreakers" squadron.
One will be a T-65 from the Rebellion era, the other will be a T-70 from the Resistance.
Both will be 1/72 scale kits from Bandai 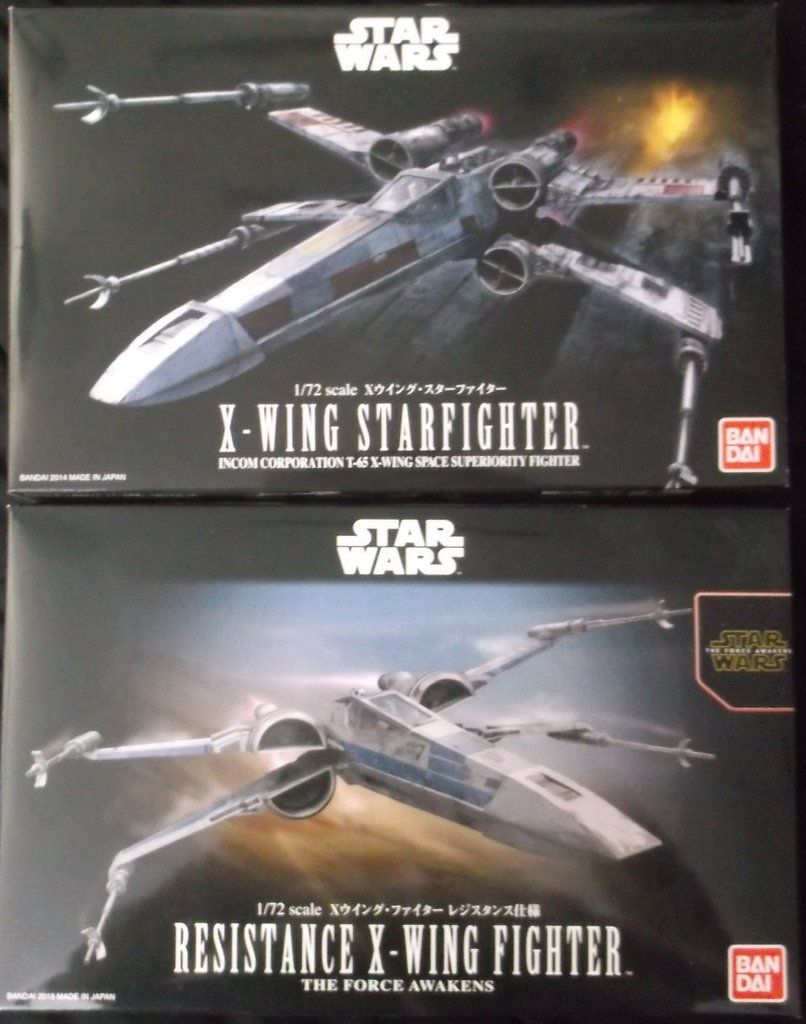 A look at the contents of the T-65 kit 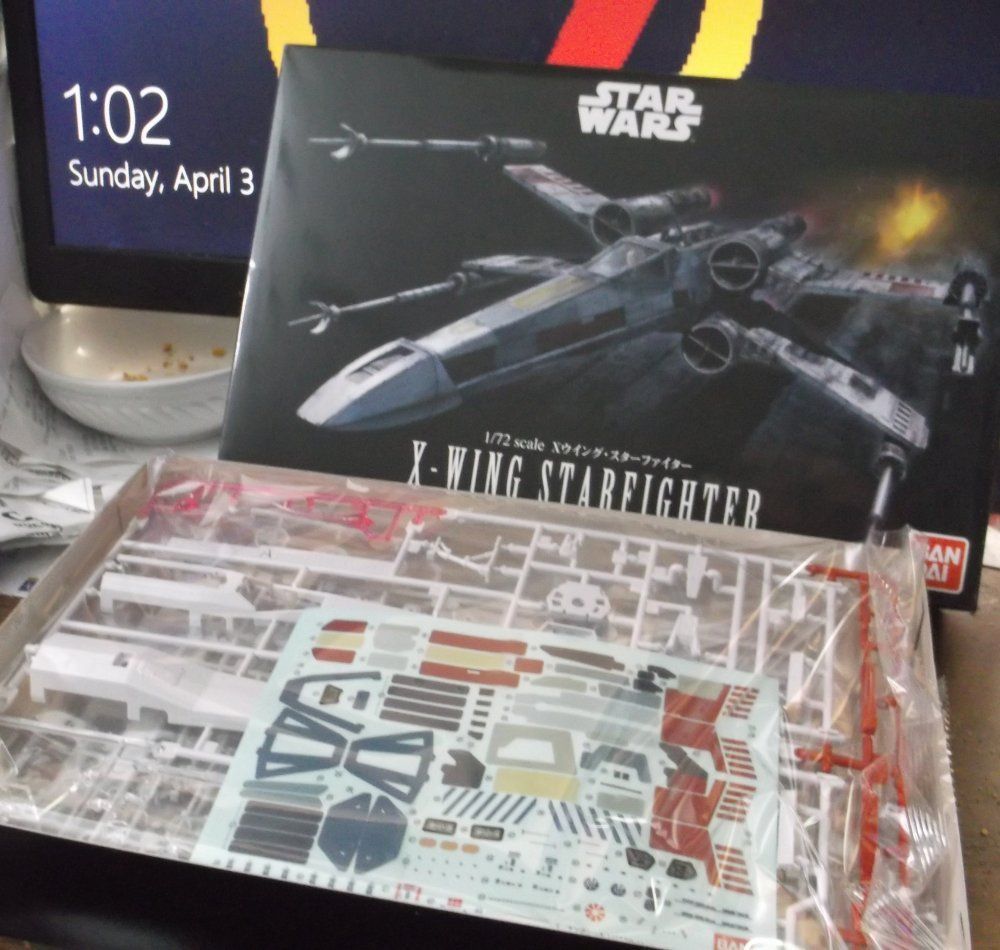 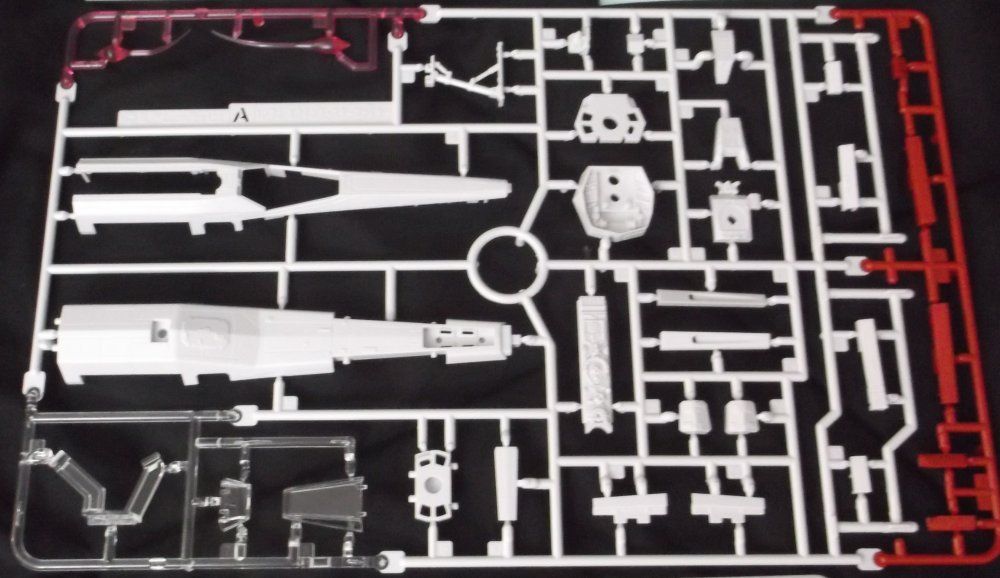 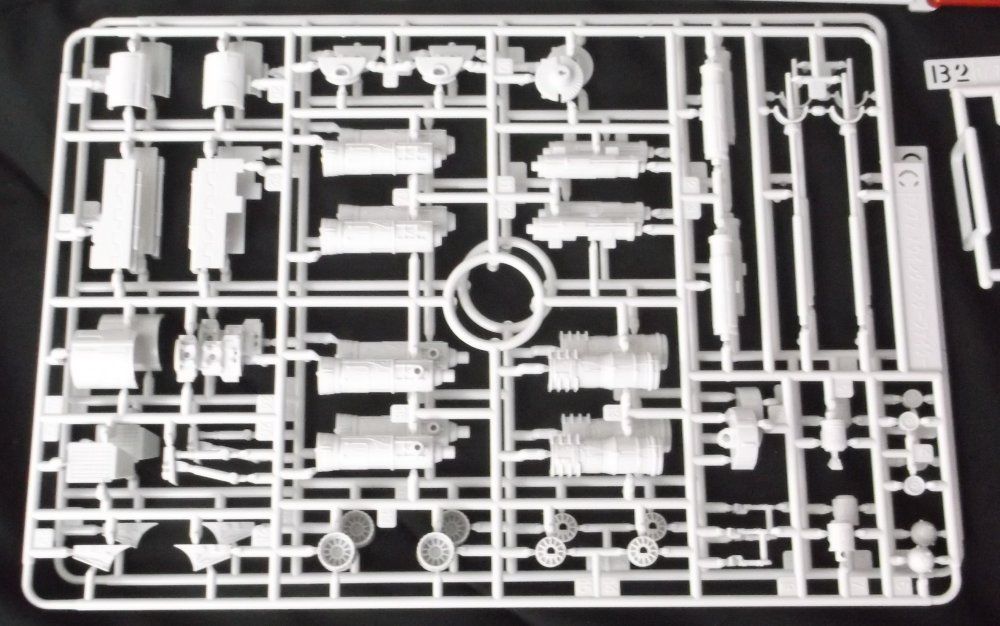 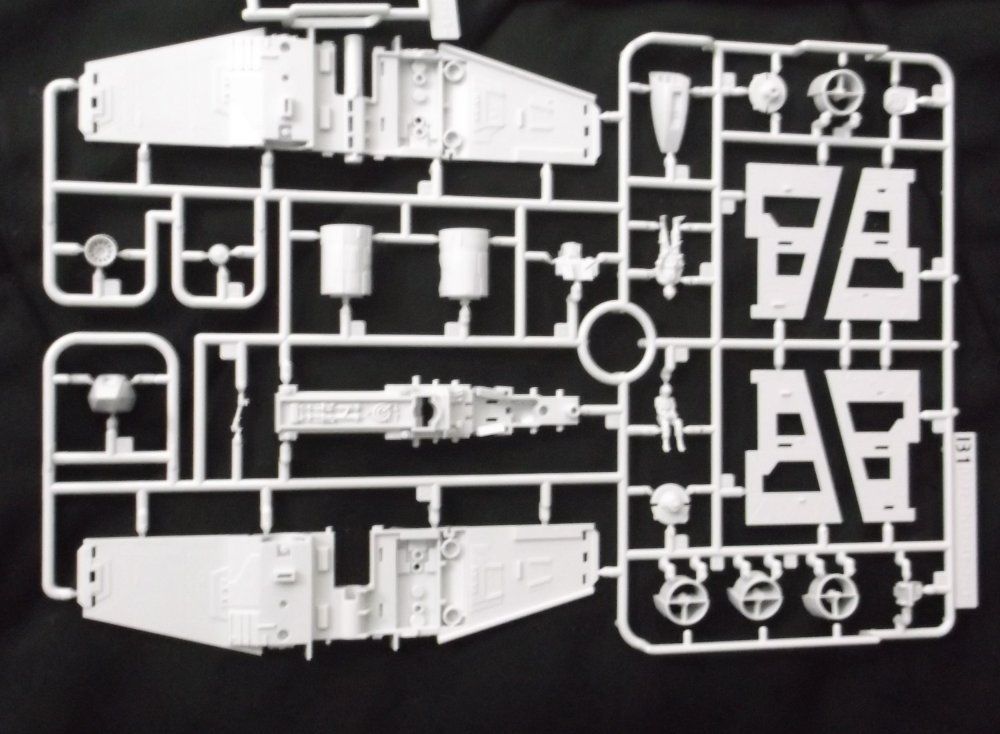 The contents of the T-70 kit 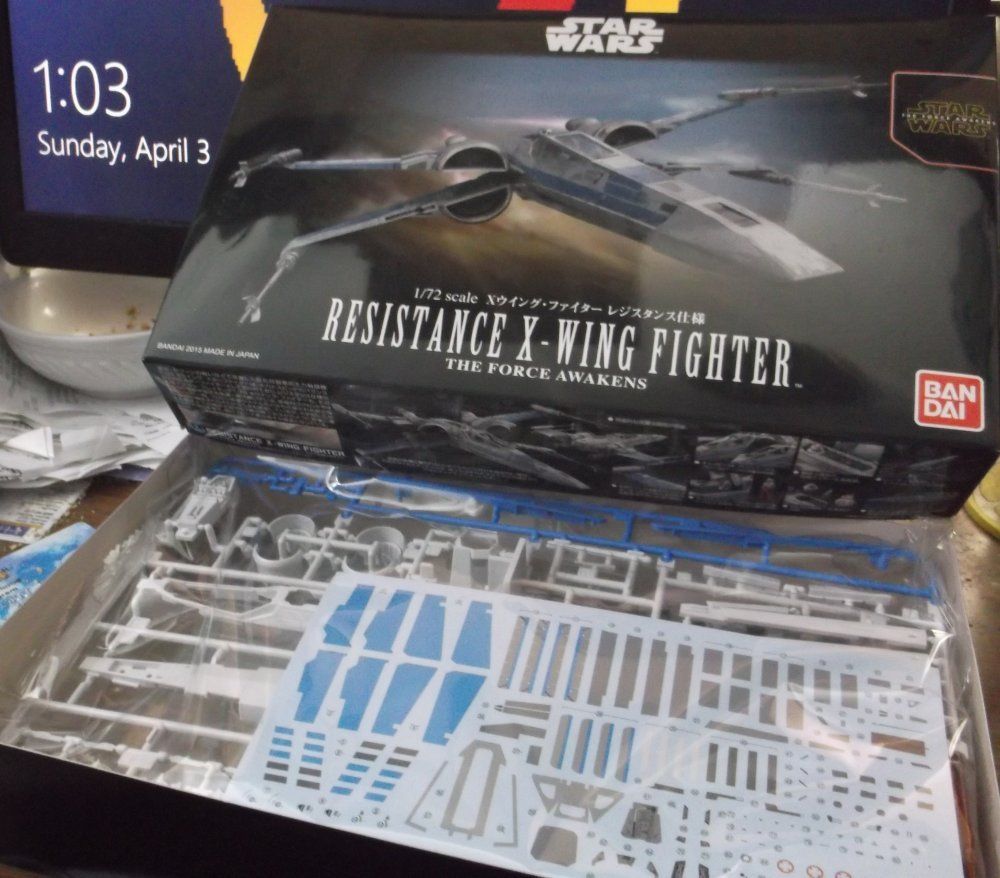 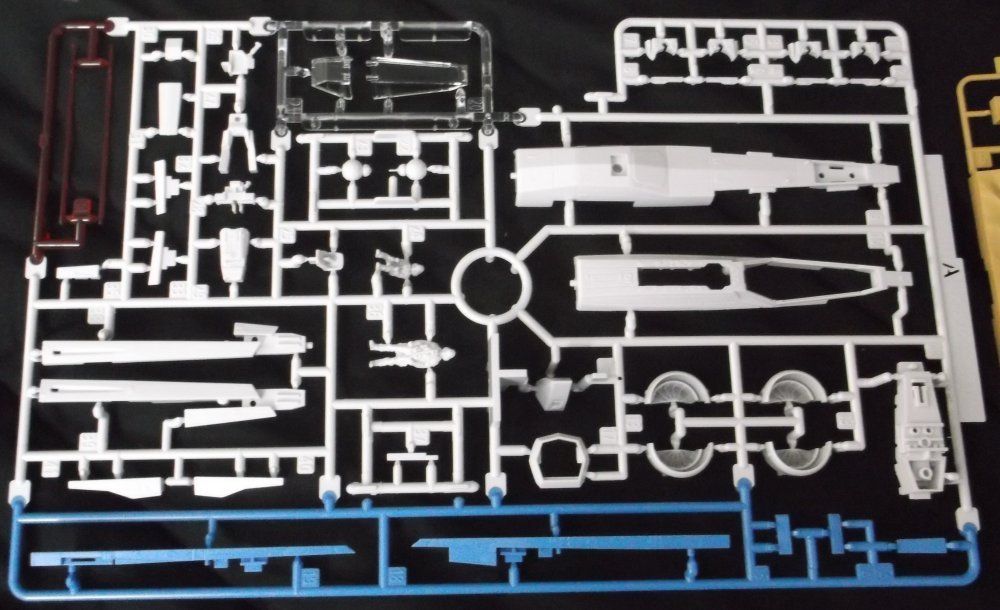 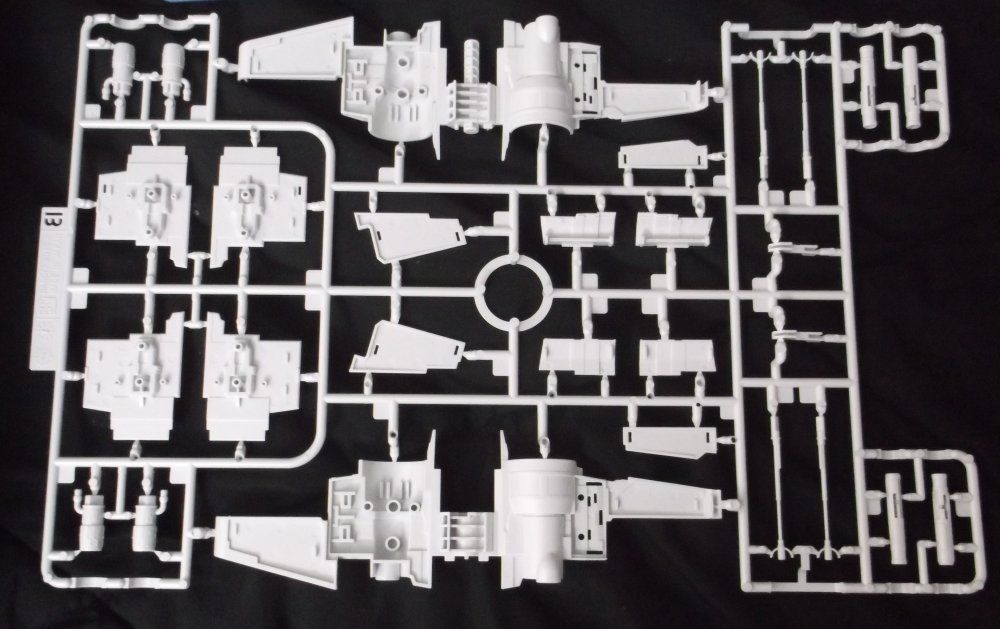 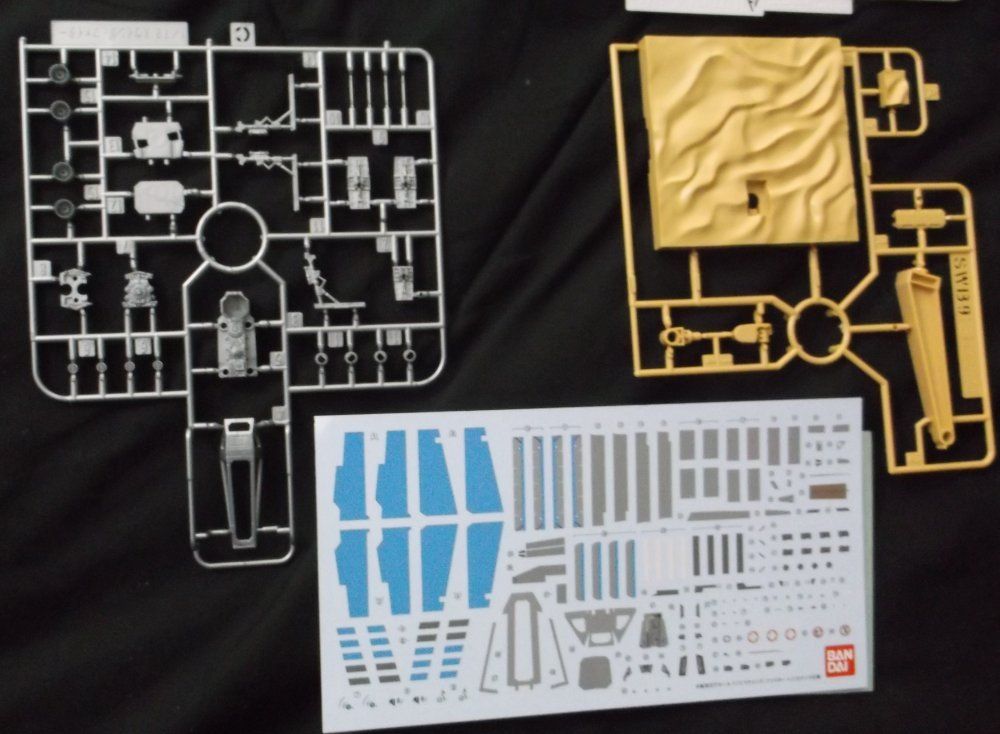 To create the "Heartbreakers" markings, I scanned the decal sheets into my computer and recolored them as needed 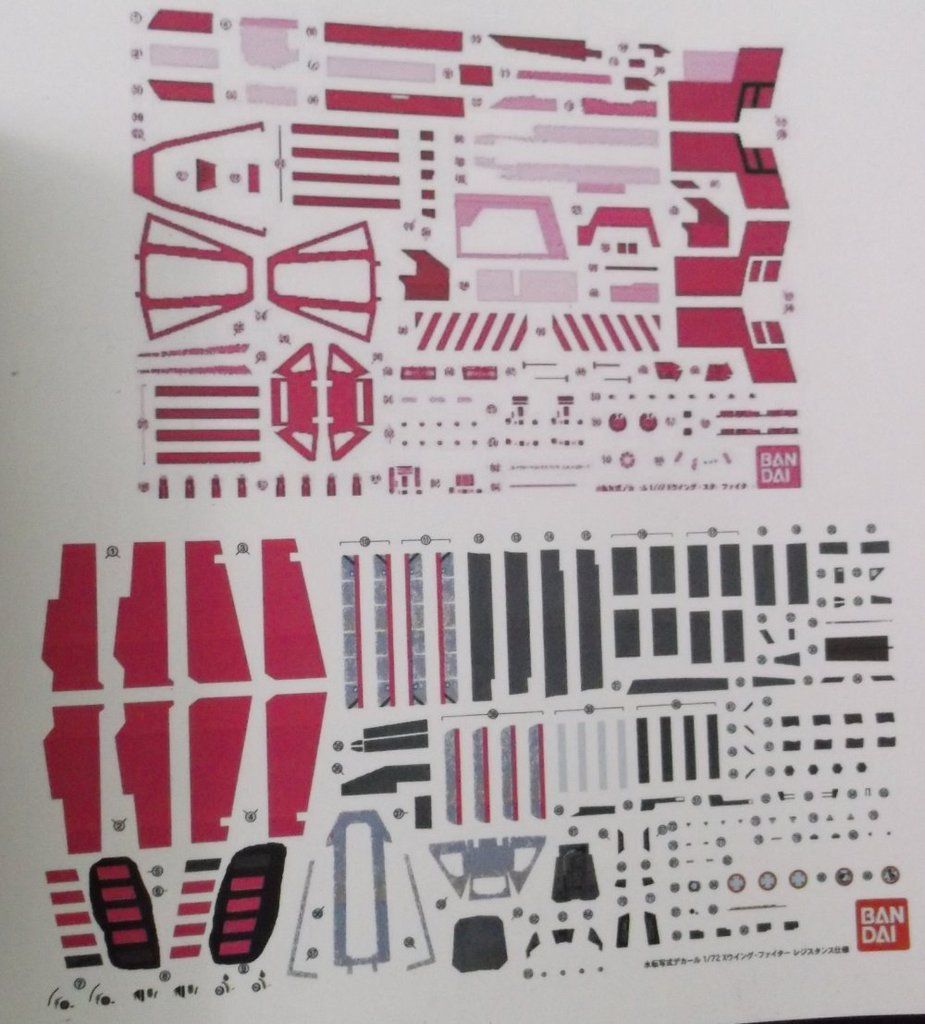 Now, for the Resistance version, decals are NOT provided for the fuselage striping. Those will likely wind up getting painted for this build

very coll, the tow X-wings waiting on my stash to.

Thanks, guys.
Only got a little work done so far.
Should have an actual update this weekend

Wow, that's a lot of pieces!
And I like your attention to detail in regards to the R2's and droids.
A real Star Wars Nut you are

Klaus said:
Wow, that's a lot of pieces!
And I like your attention to detail in regards to the R2's and droids.
A real Star Wars Nut you are
Click to expand...

That was kind of the idea behind the build, Kyp.

Actual work begins on the Heartbreaker X-wings
I started with some pre-painting to make getting the colors on certain areas easier.

I started by painting many of the "black" parts of both ships with Vallejo dark grey primer.
The pilots flight suits got their base coats of pink
For the fuselage stripes on both ships, I first painted the striping parts with Vallejo light grey primer, then painted them again with a mix of about 2/3 Tamiya pink to about 1/3 Tamiya Red
I also did some pre-painting with the cockpit parts 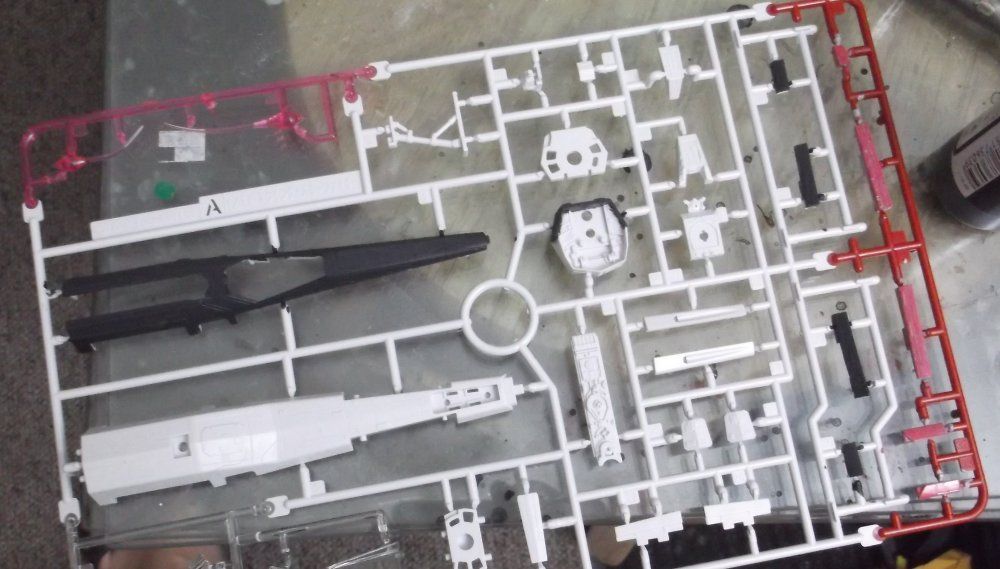 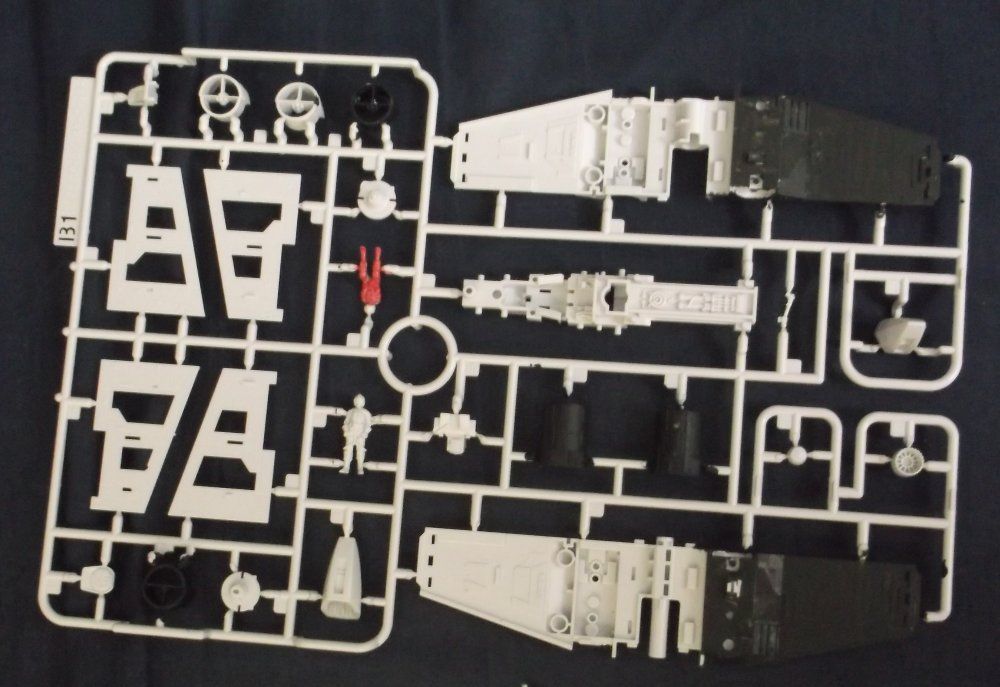 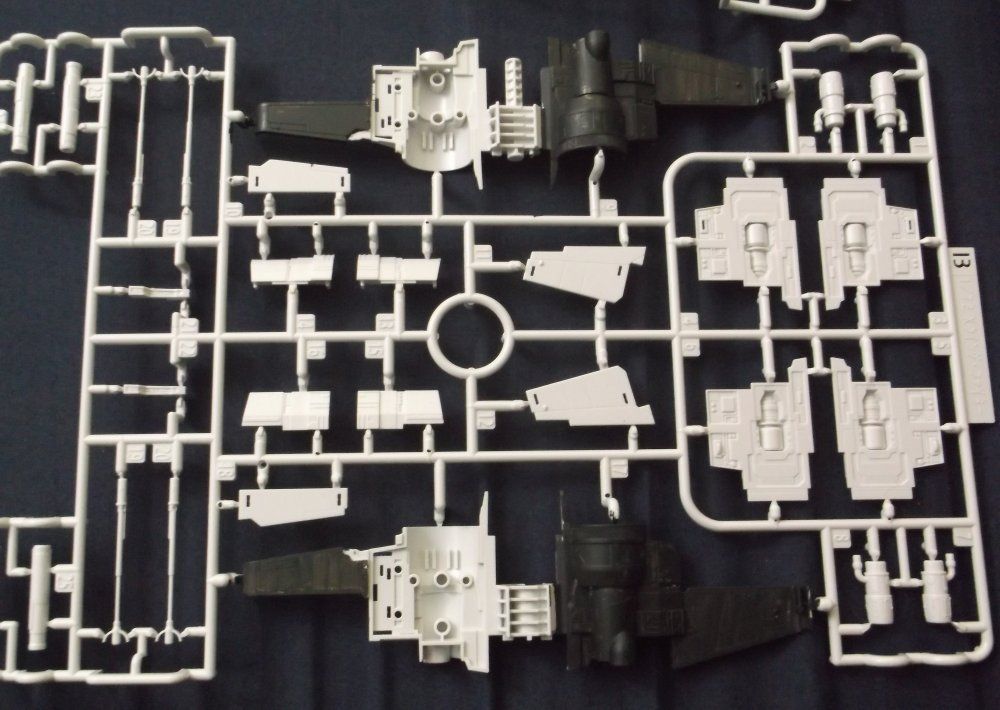 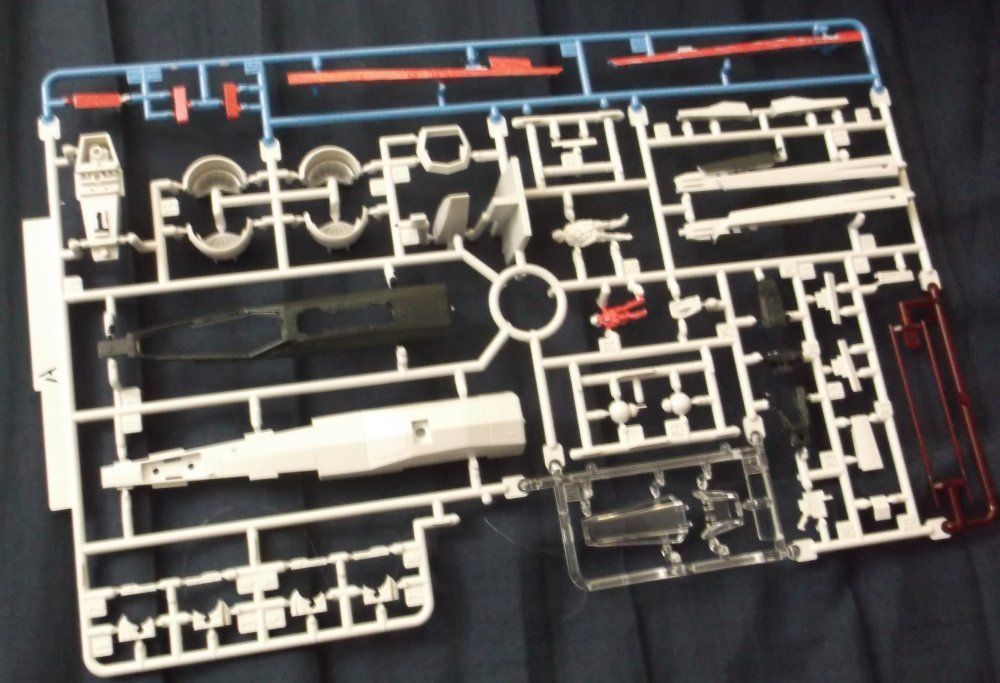 Wings for both ships are assembled, and now await decals and weathering 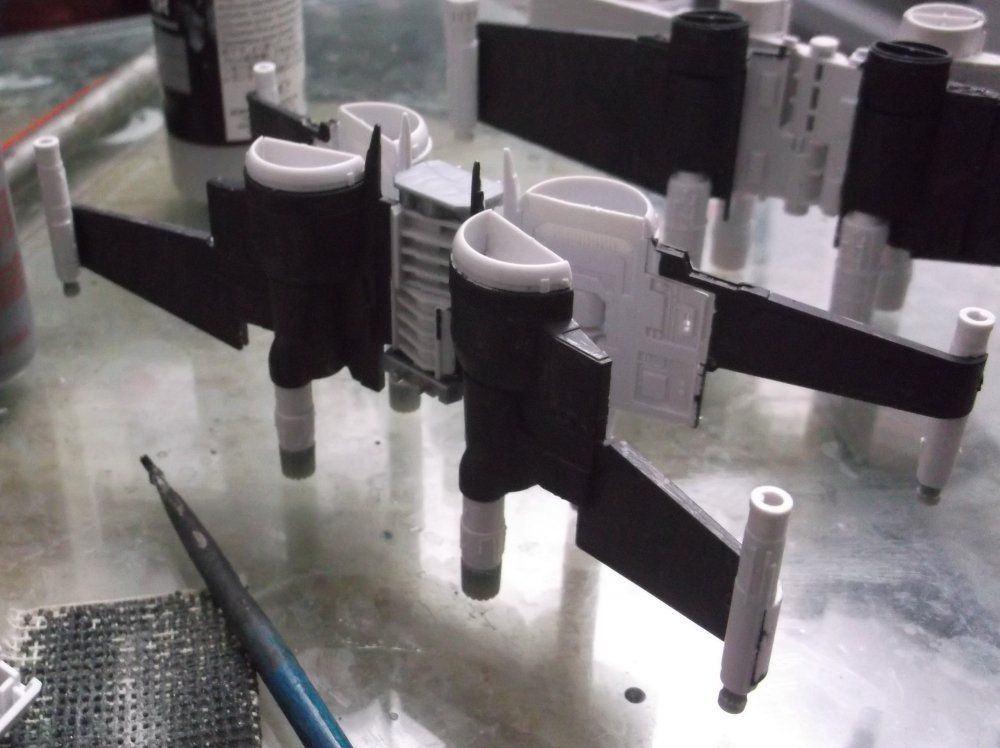 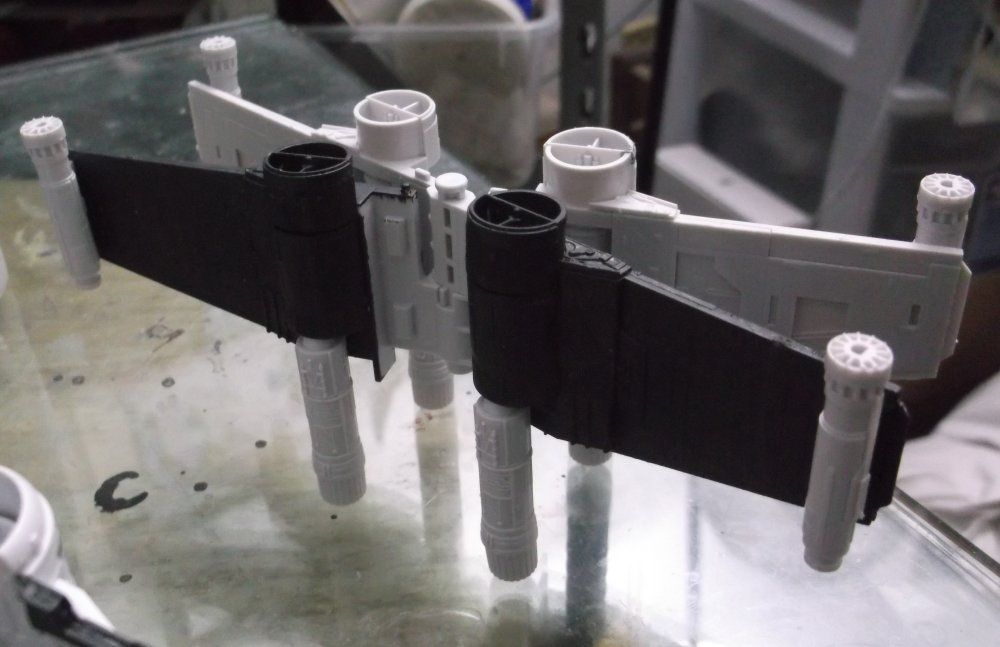 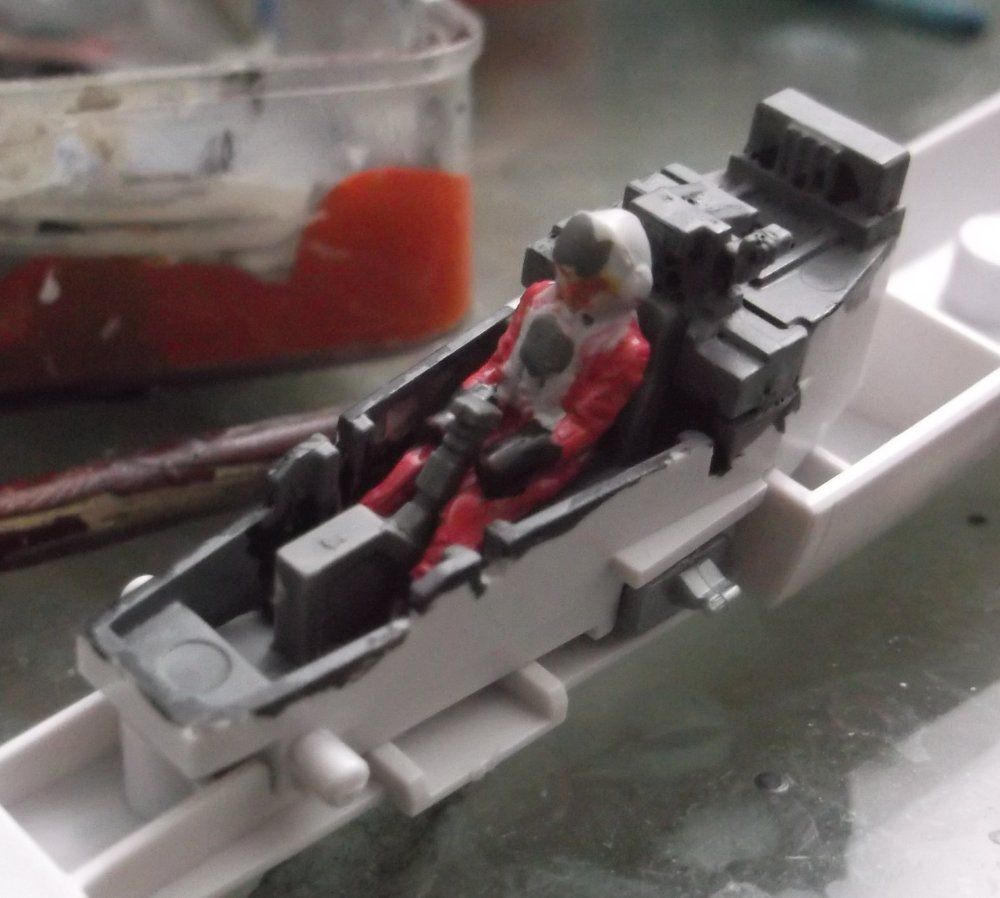 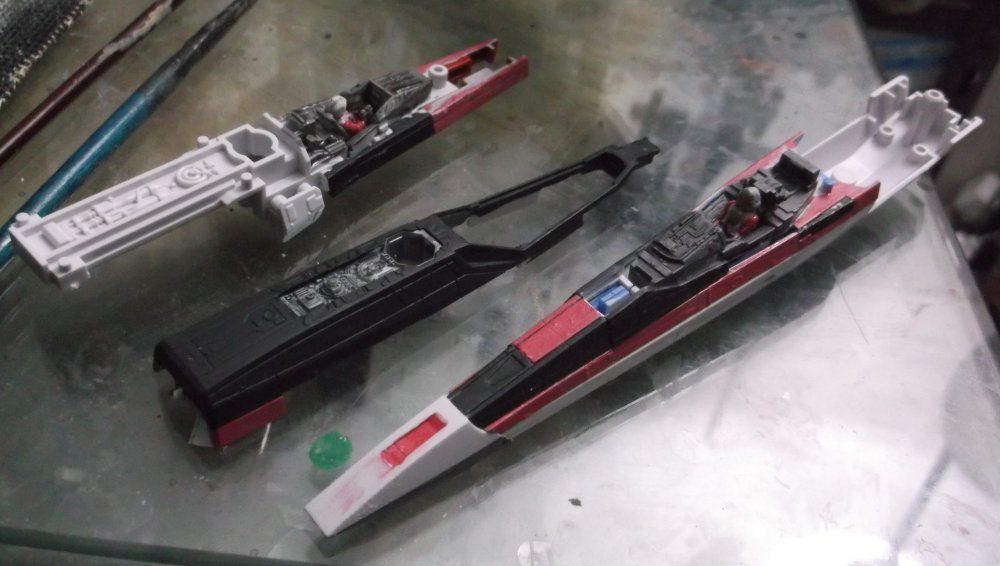 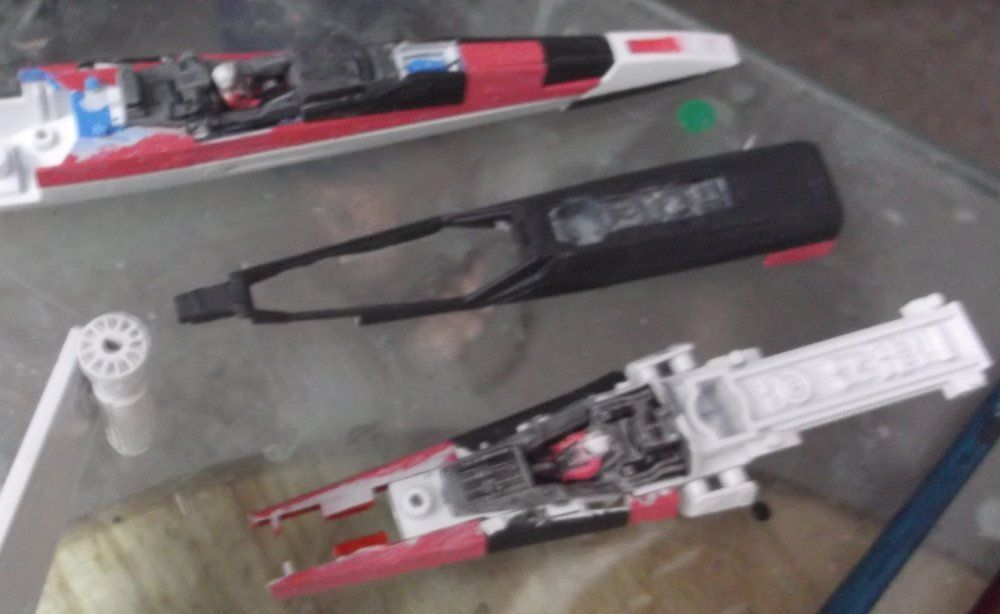 This is going to be interesting Patrick.

Work continues on the Heartbreakers X-wings
Painted in the engine details on the T-70 with a dark metallic
Applied the custom markings to the T-65 wings
Applied a mix of custom and stock decals to the T-70 wings
After a coat of flat sealer, I applied a black wash to the detail areas on both sets of wings, as well as to the lighter inner surfaces of both sets of wings 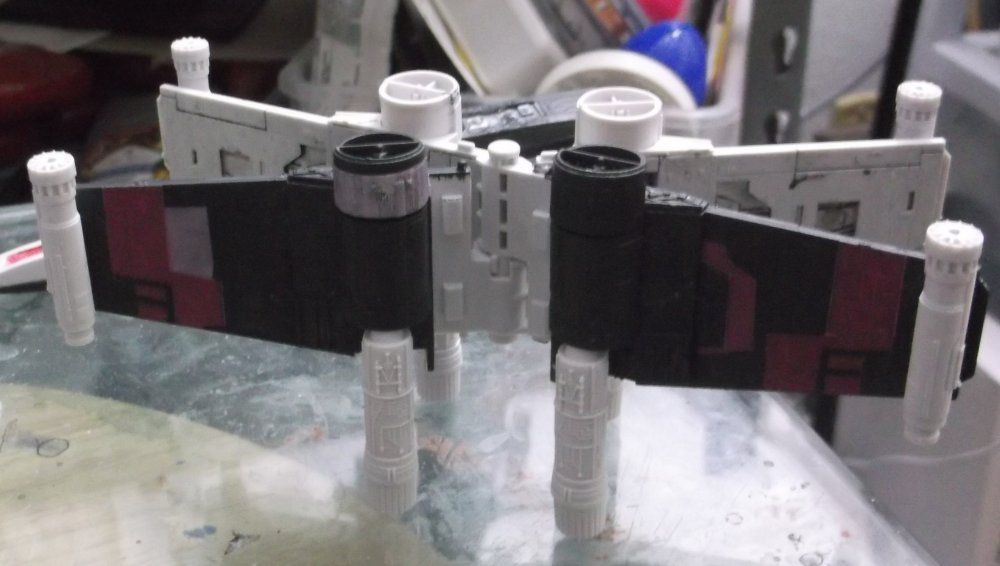 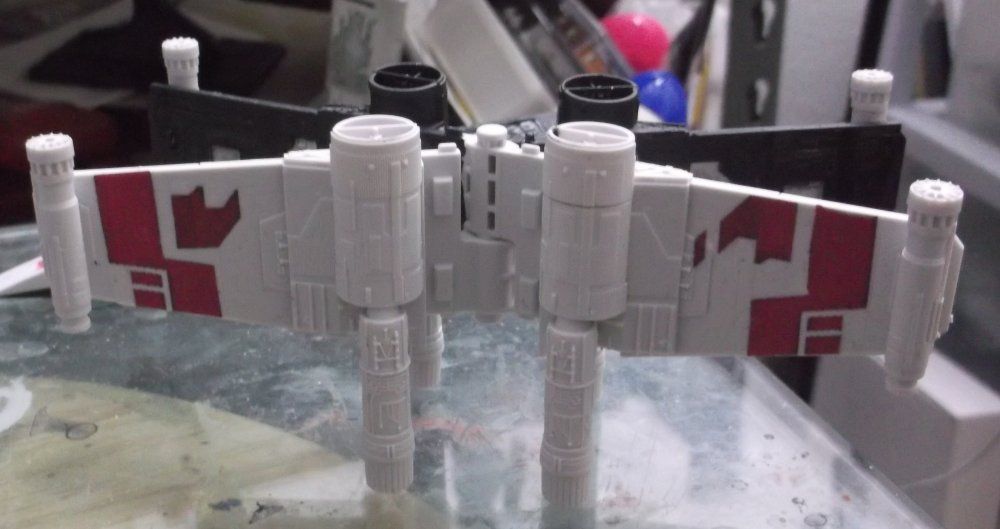 With the wings at least partially weathered, I moved to final work on major assembly of both planes.
In the case of the T-65, I went with an R2 unit that I gave a black body with a copper/red head 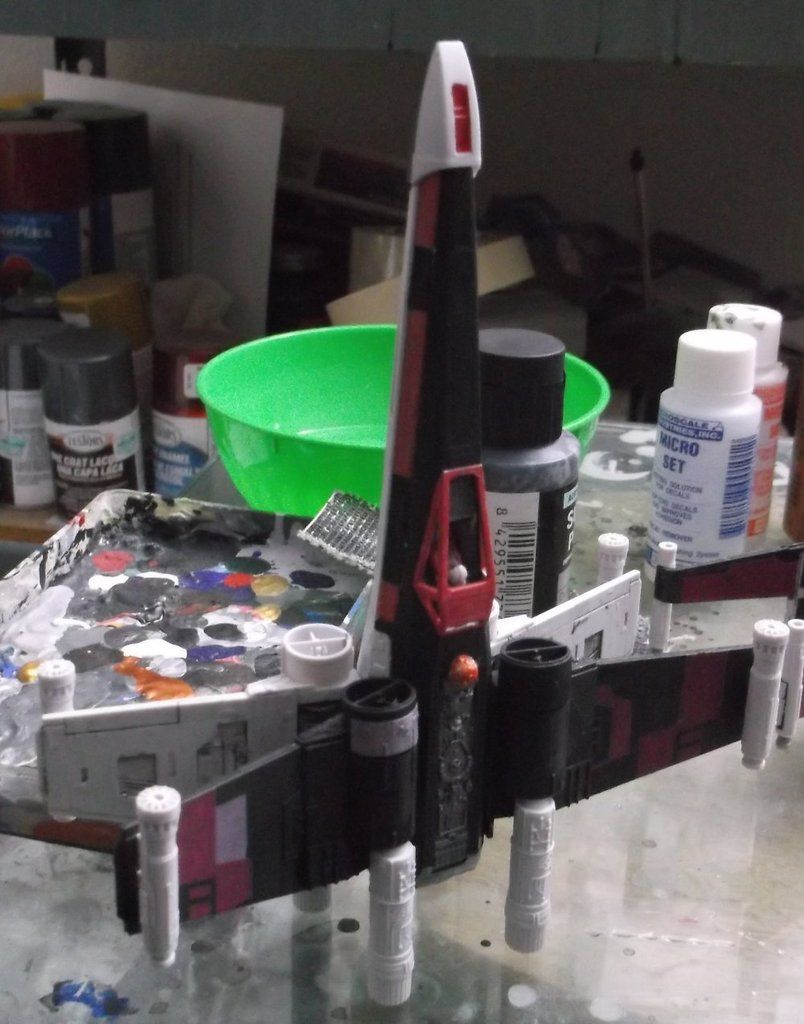 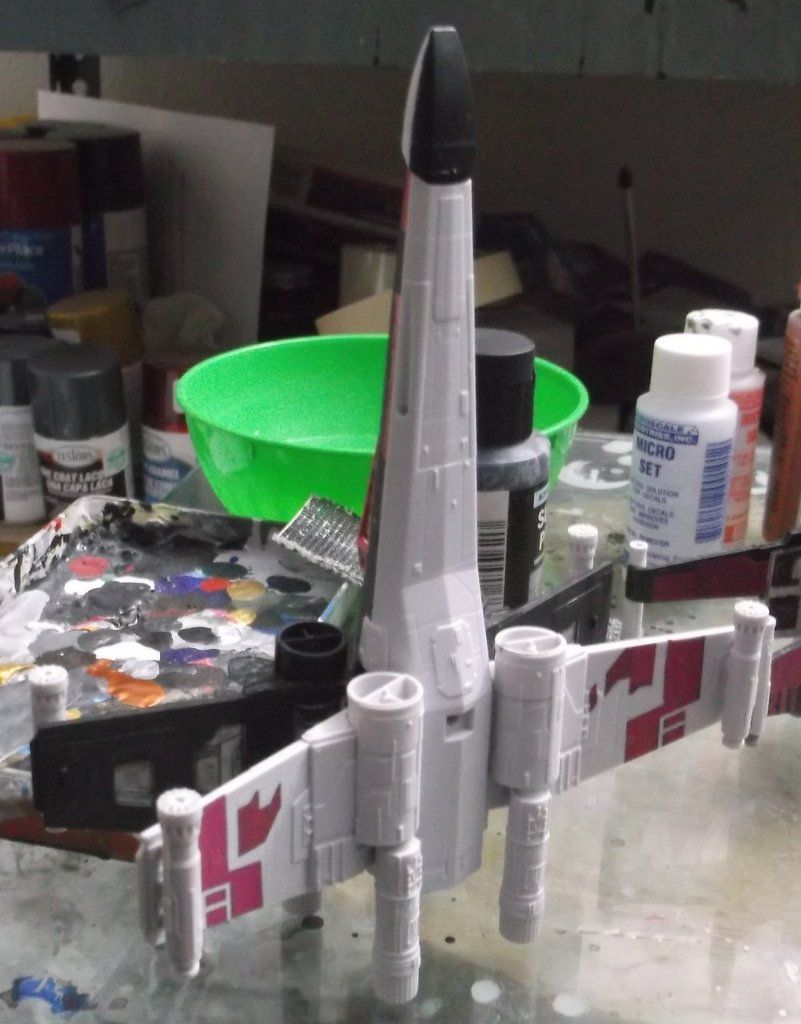 For the T-70, I used an R5 unit with the same color scheme that I used for the Y-wing build. (according to the backstory, it's the same droid)
This involved removing the legs of the droid and drilling out the bottom of the body for the mounting peg used by the BB-8 droid in the socket 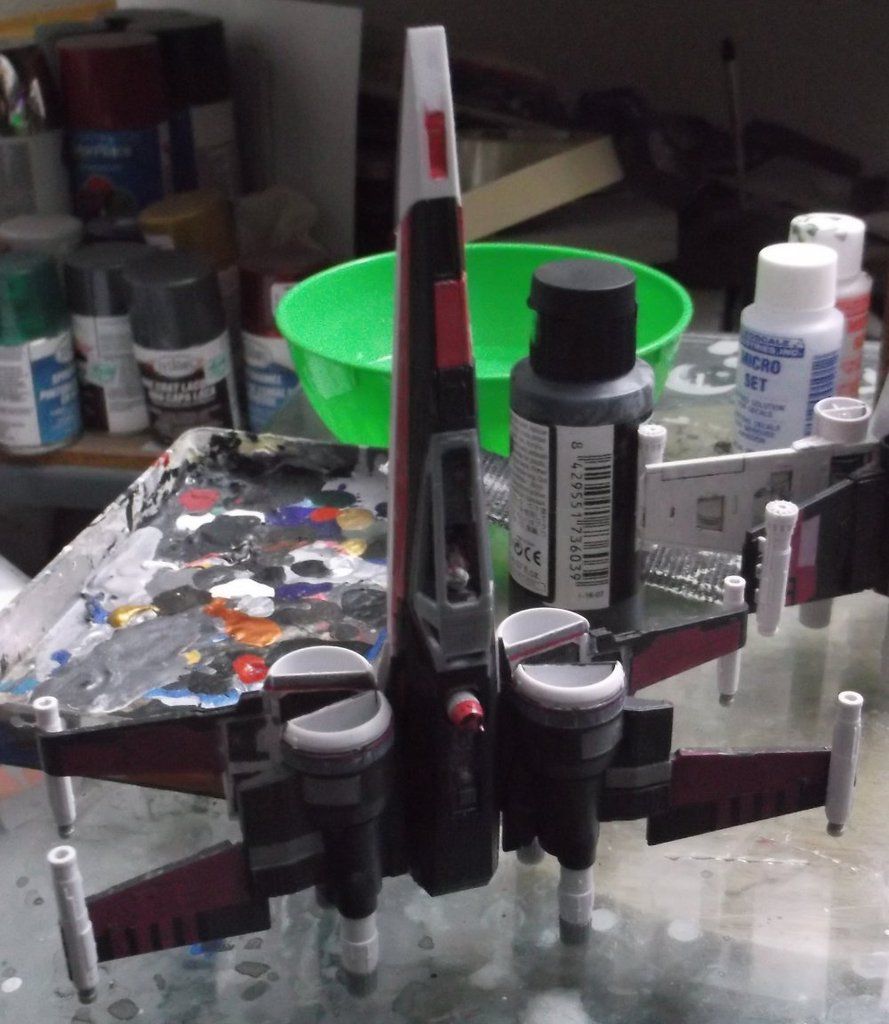 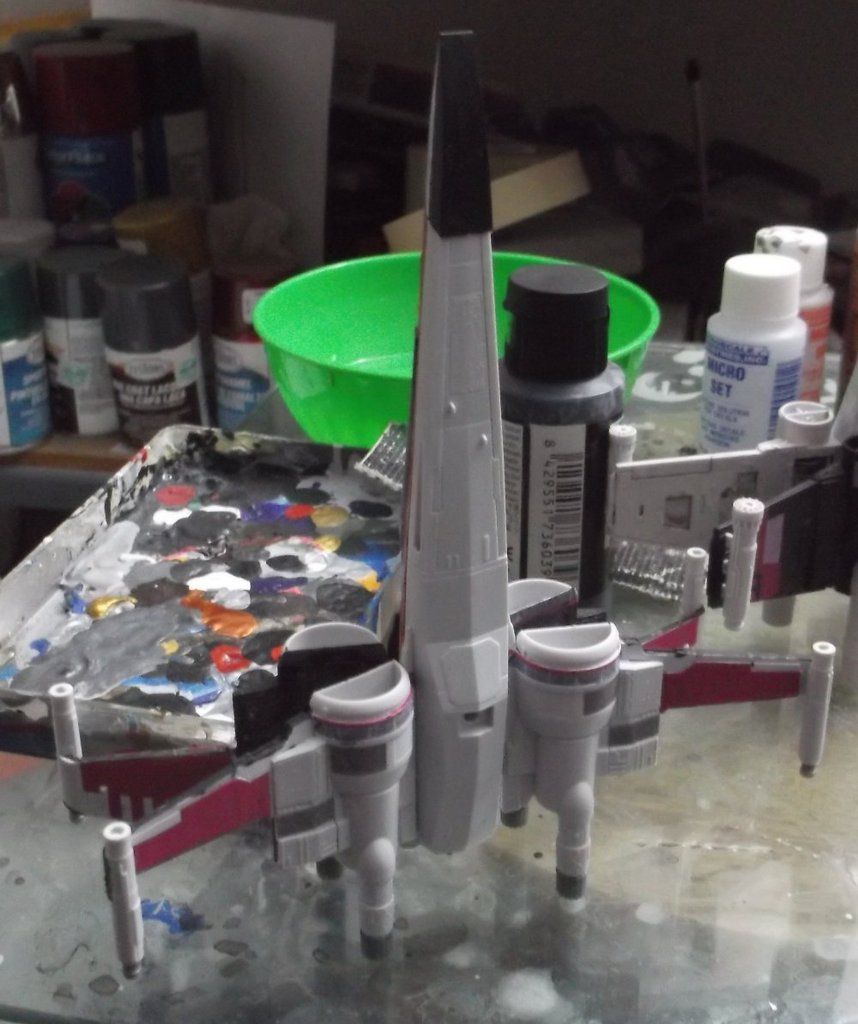 Coming along quite nicely here!