Thank you gentlemen! Alllllllllmost there!! ;D

LOL (being nice this time I am)....Thanks John, I appreciate you you dropping by!!!! 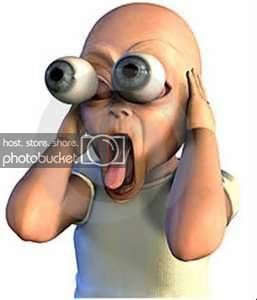 Excellent detail work here. Thanks for sharing how you did some of it

Always fun to share a bit Q!! Thanks for stopping by for a bit!!

Time for another update on this one!! Coming down to the wire here on the build...and the end of the year it seems!!

Working my way through the numerous cranes on this ship, I added a little rigging to them all to add a little candy to the build. As you can see the masts have been added as well! 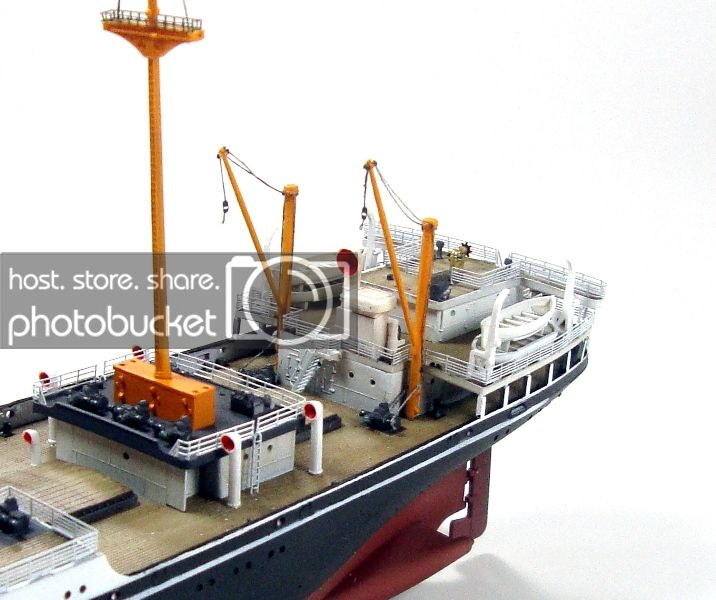 Next up was adding some rigging to the masts. All of the cranes rigging received a rub down with the AK Dark Steel to add a little color to them. The main rigging will be black and the mast anchor lines are off white just to add some flavor. The museum ship has untreated lines on her now, but underway, these would most likely be treated. 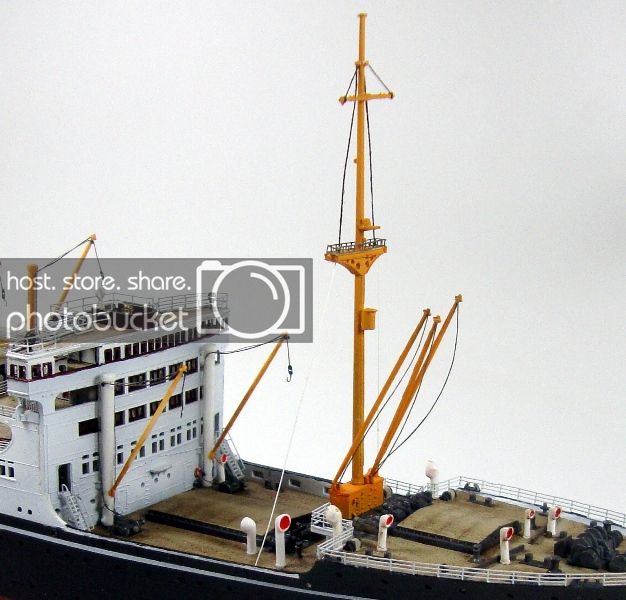 The time had come to add the funnel, remaining crane work as well as the rigging across the mast tops. Using the same method of pulling the threat tight and using white glue, the lines are stiffened and then tied on. 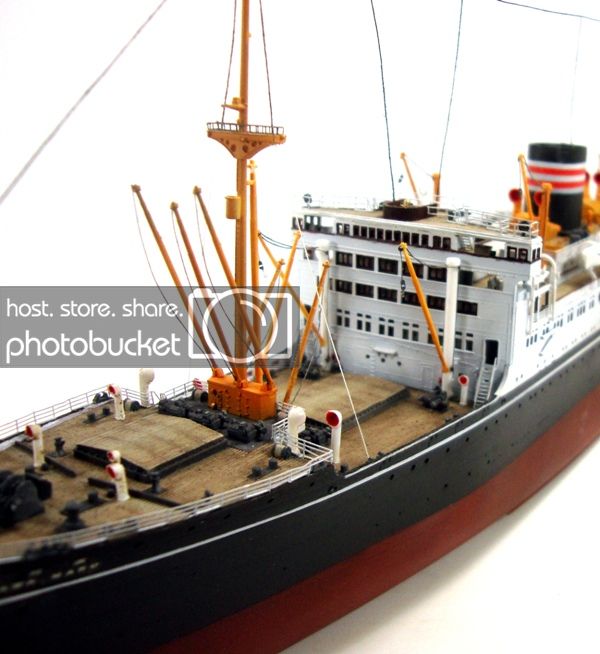 Still some work here to be done....all in the way of some weathering. I will be using AK Interactive's New Naval 1 and Naval 2 weathering sets as I was lucky enough to receive both for Christmas this year....someone thought I was a good boy!!! ;D 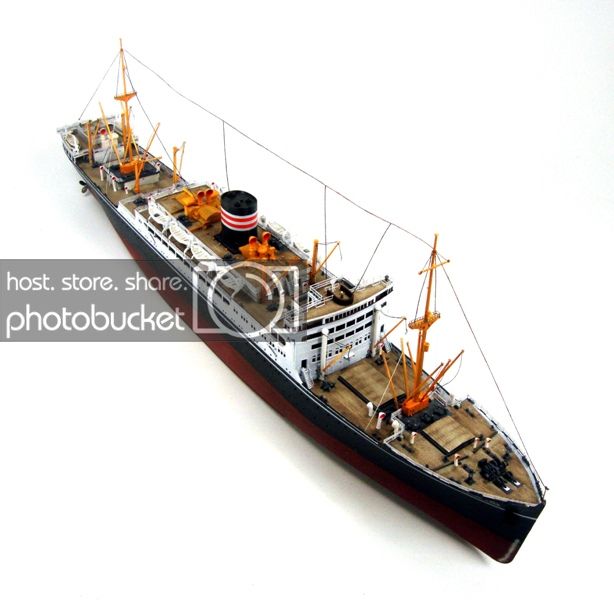 So, with any luck, I will get down to business on the weathering this weekend and find a nice piece of wood to get her mounted on. Might even make it before the stroke on midnight EST Mon/Tue!!

As always I enjoy the company, thanks for stopping by!!!

Wow T just Wow! That be a fine vessel!

Thanks John!! Appreciate that!!

That is cool. All the extra details add up. look forward to weathering.

Tell me more about Paint Off- tried a similar thing with Liquid Mask but it didn't work at all.

Dude,
Nice work!!! Coming down to the wire (rigging) on this thing huh? Looks great!

noname said:
That is cool. All the extra details add up. look forward to weathering.
Click to expand...

Thanks for stopping in Matt!! Mmmm, weathering!! Like dessert of the modeling world!! ;D

Thank you CT!!! Appreciate the kindness!!


vintagemodeler said:
Tell me more about Paint Off- tried a similar thing with Liquid Mask but it didn't work at all.
Click to expand...

VM, briefly, :, Paint-off (name to be changed soon from what I am told) is similar to most solvents in the sense that it breaks down the acrylic paint with out harming, most times, the painted items around where you are working. In this case, you are referring to the picture that I posted of the bridge windows. I painted the clear plastic windows and then applied small amounts with a tiny brush. The 'Paint Off' dissolves the paint for the most part. A damp brush in starts the dissolving process and a second damp one cleans it up! This was designed for use in cockpits on aircraft modeling as you can remove small amounts of the cover paint to expost the dials, knobs, buttons and whatnot.

I did mention similar to most solvent but K4 had made their mixture ....strong, yet gentle...what I mean is that straight alcohol or another solvent would cut through the layers of paint below and beneath. I have inadvertently applied 'Paint Off" onto something that I did not want to remove the pain...all I did was wait a moment and it dried. Done this with other solvent before and had a pool of sliding muti-colored paint!! :!!! Hope some of this helps a bit. If not, just ask or shoot me a PM and I can help better explain.


adampolo13 said:
Dude,
Nice work!!! Coming down to the wire (rigging) on this thing huh? Looks great!
Click to expand...

Beautiful work on this build.