hmm i like the color of that german grey model air range ima have to get me some.

nice start on it Erik 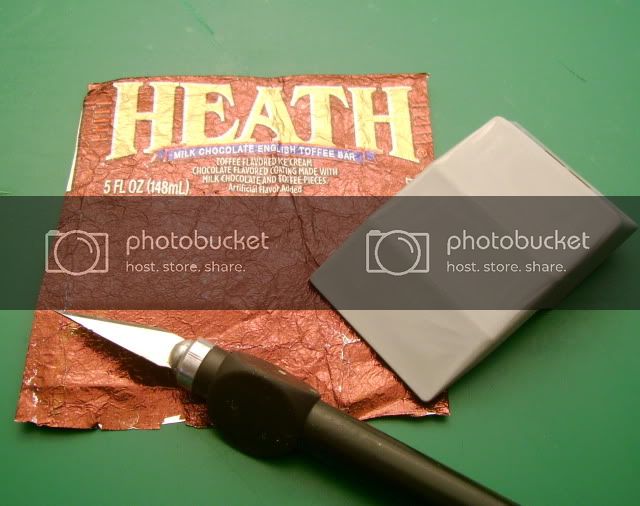 This is how I covered th convertible top. I cut a square out of th foil making sure it was big enough to overlap th top. 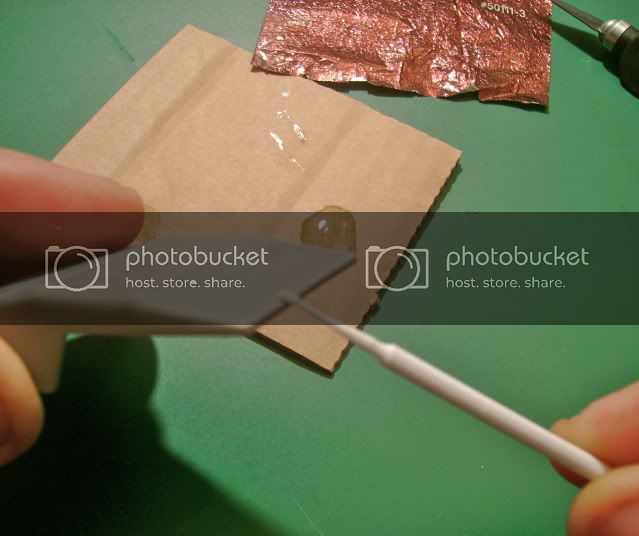 I took a Microbrush & spread th CA . working the center of the top 1st. I put it on sparingly making sure I put a good amount on the bows in the top 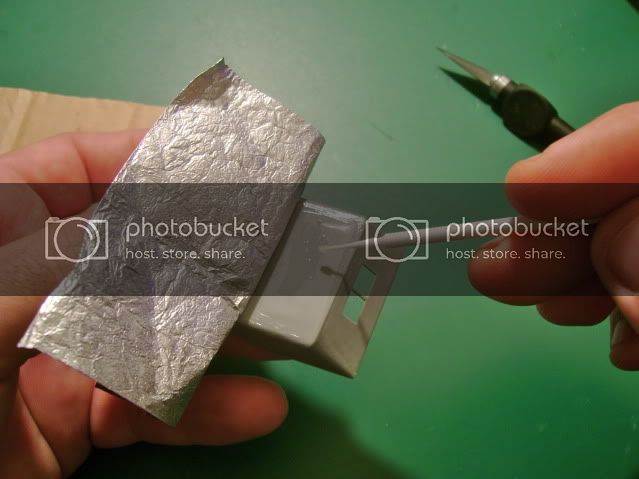 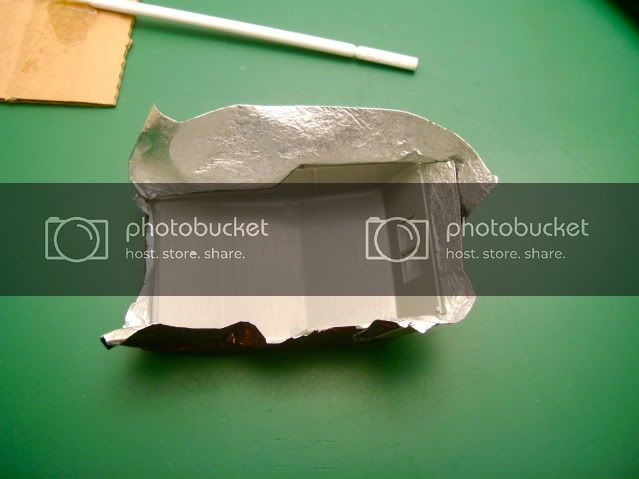 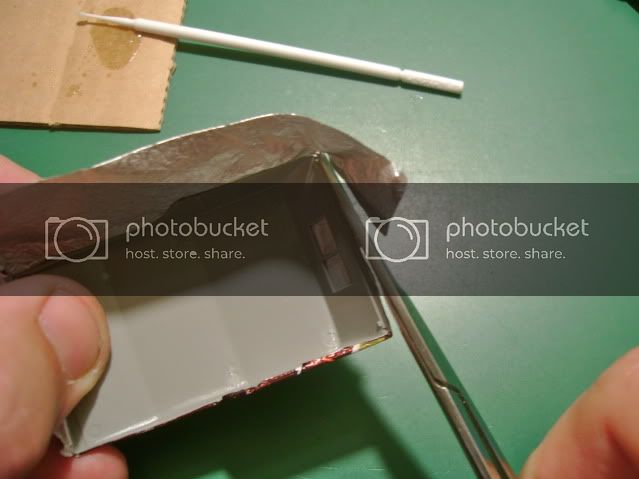 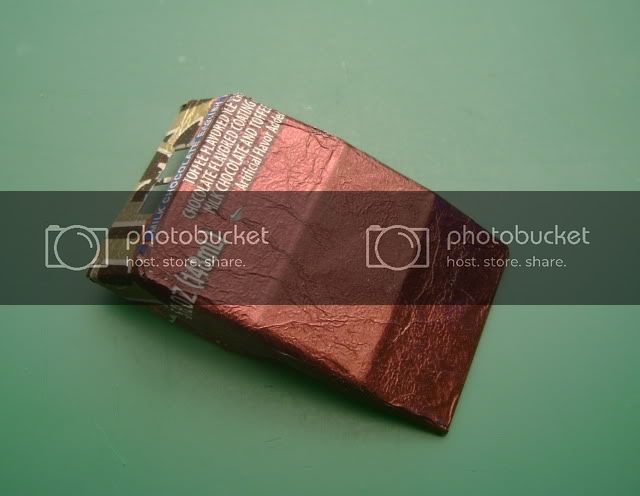 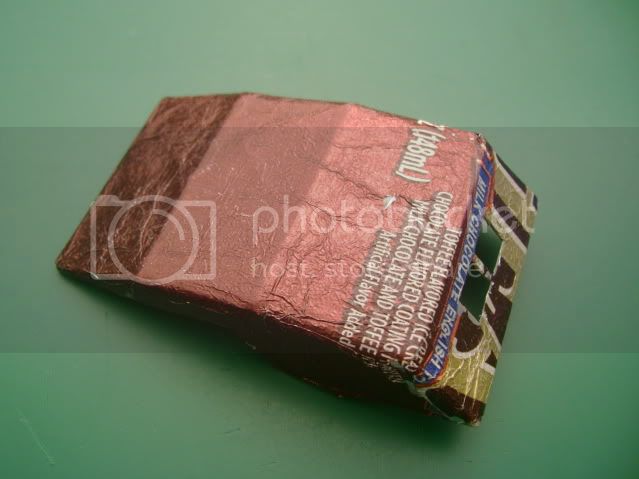 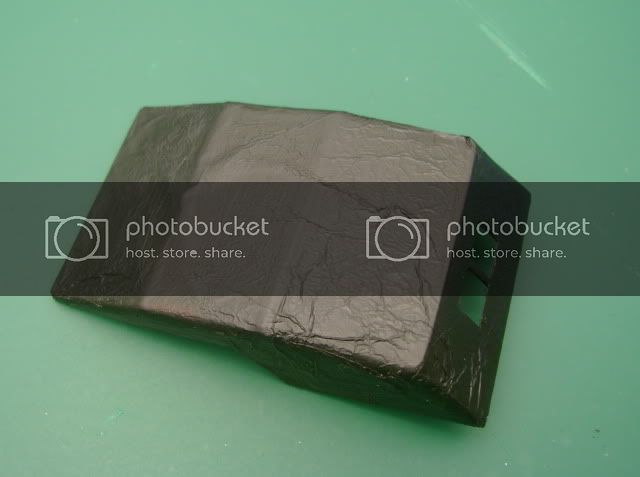 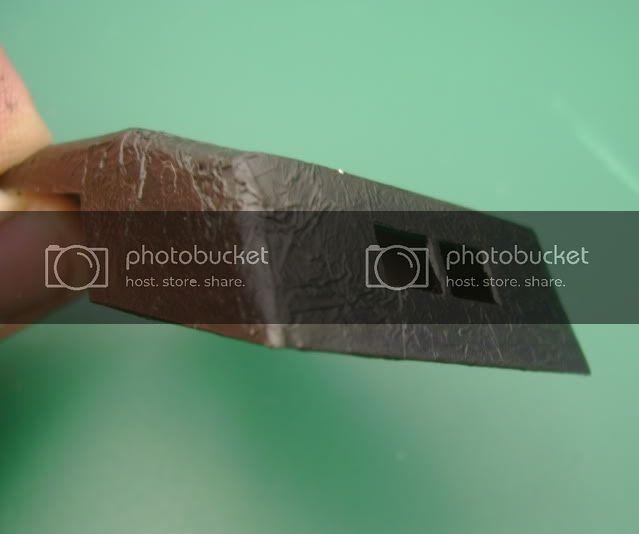 I shot it 1st. with Vallejo's Black Primer 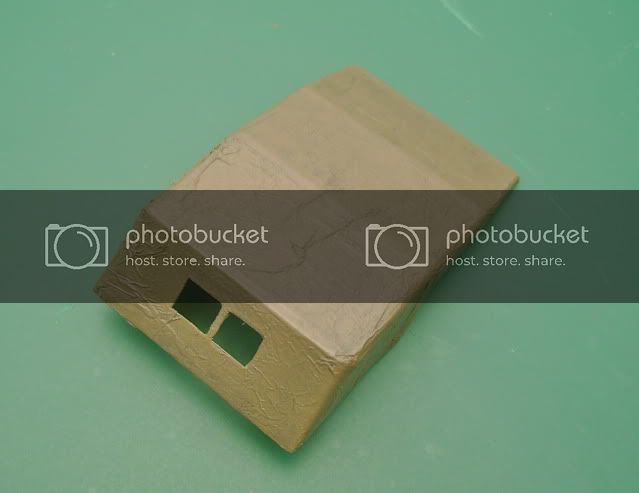 Next I drybrushed it with Vallejo Canvas 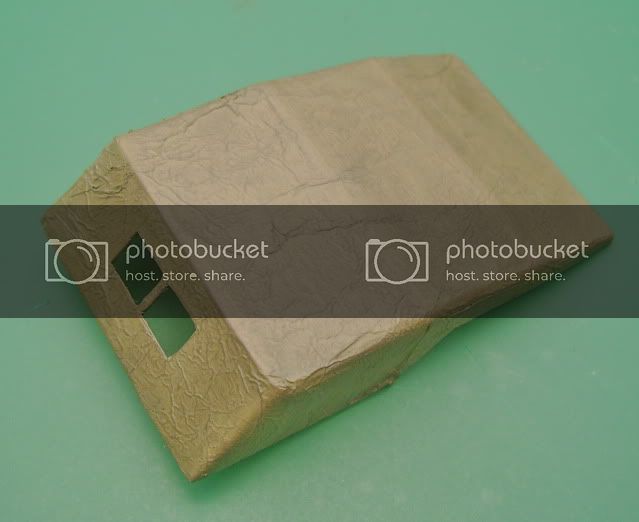 Then with Tamiya Khaki Drab 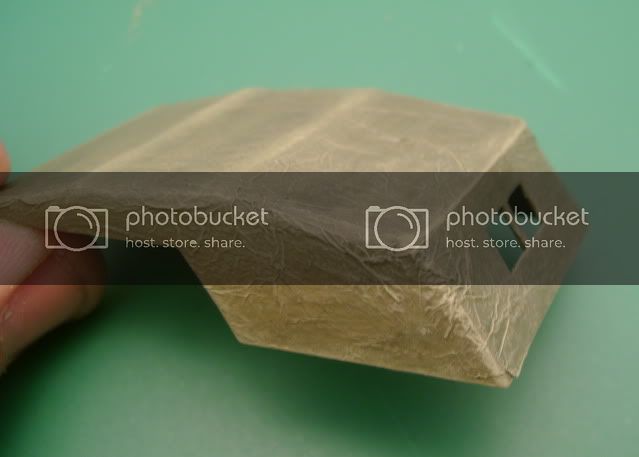 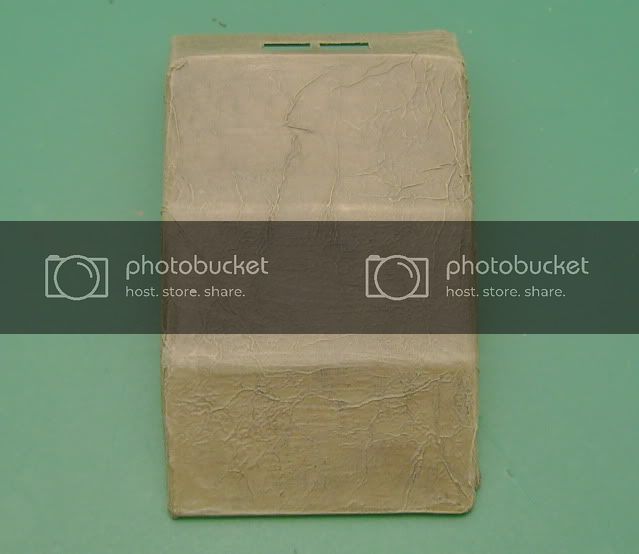 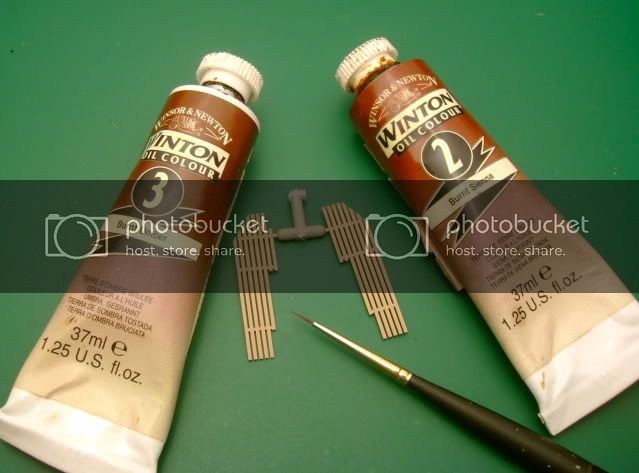 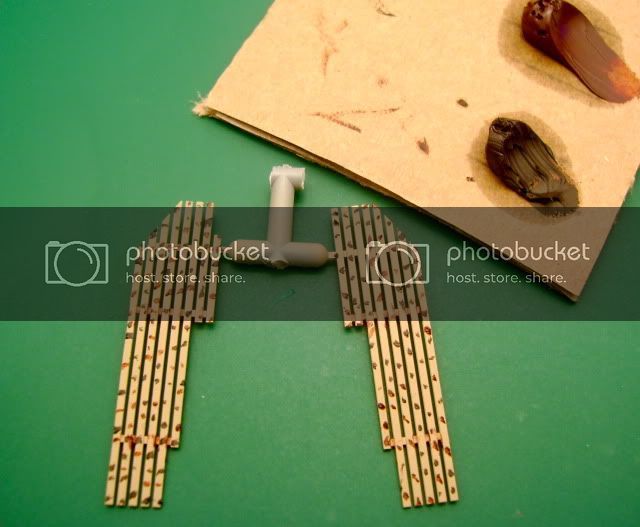 I went through & dotted it intermittently with the Raw Umber & Burnt Sienna . I let that set-up for about 20-30 minutes ** Note that I used a piece of corrugated cardboard to "wick" away th excessive Lint Seed Oil. It'll greatly reduce the shine that may occur afterwards ( letting th paint "rest" on th cardboard for 30 minutes to leach out th Oil. 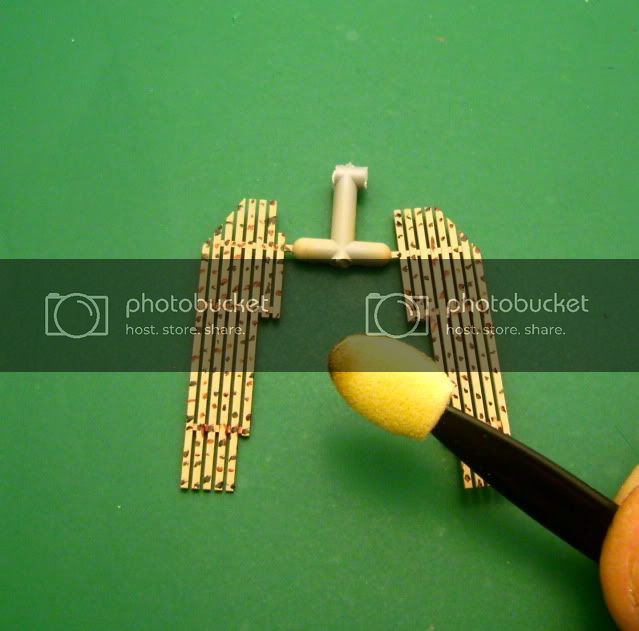 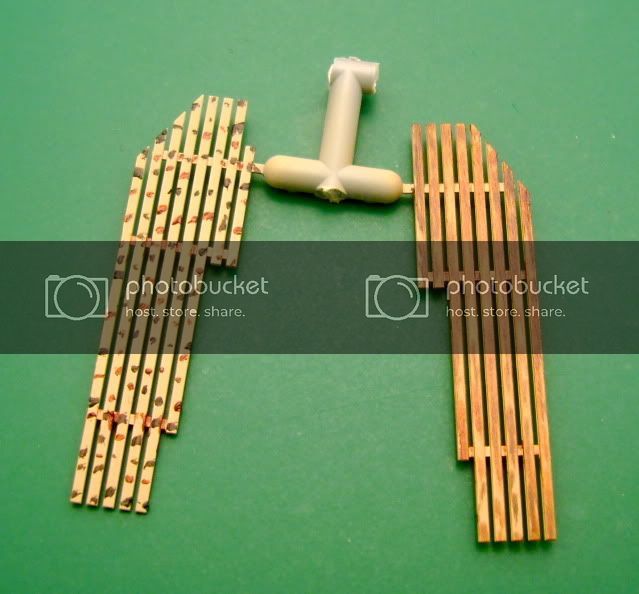 I gently streaked th Oil in one direction. Making sure not to over lap the passes 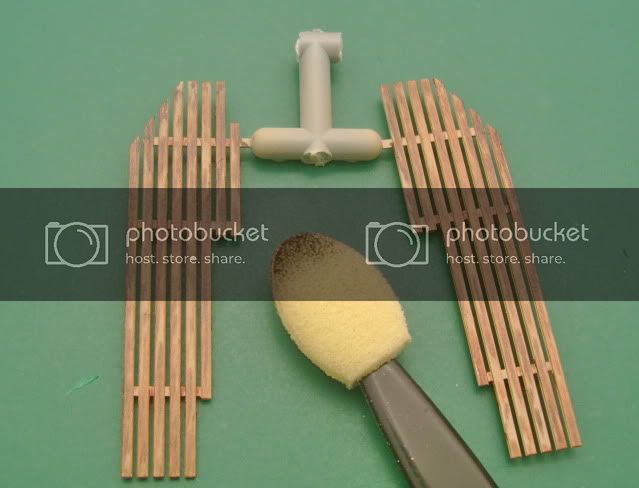 Rockin! Thanks for the SBS. ;D

When ya had the primer on I was thinking meh looks like paper still but the db brought that puppy to life!!! Awsome job Erik and great sbs's
M

Brilliant idea for the canvas. This is starting to look really cool. Fantastic attention to detail mate! Can't wait to use that wrapper on a 1/24 scale jeep I have. And by that I mean I can't wait to use it as an excuse to buy a bunch of (in case i mess up of course) Klondike heath ice cream bars that I for some reason have a craving for.

Oh and I am ALWAYS up for a pub crawl. 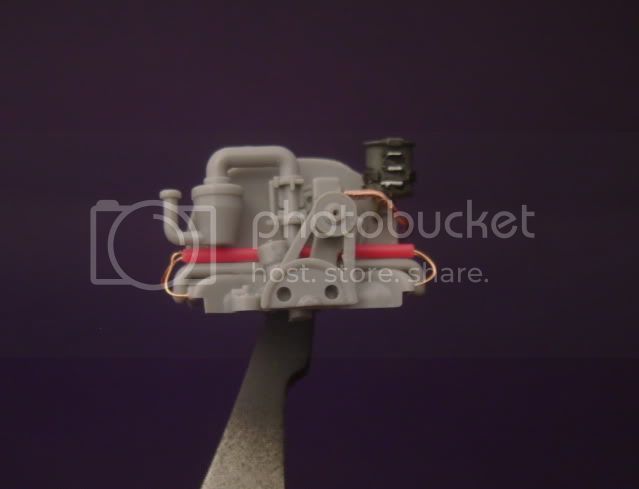 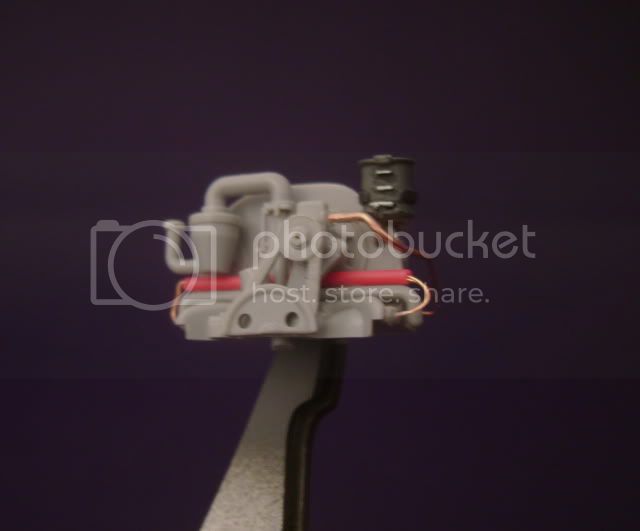 Not too much detailing. I did take some insulation from a phone cable to act as th tunnel for the Spark plug wires , which I ran with .01" copper wire that is normally used in Fly Fishing for tying the Flys. I drilled th cylinder heads & simply CA'd th wire in. I also added the wire to the alternator transformer that leads back to the battery, a bit over sized. If I were to do it again I think I would've used th .01 wire & braided two pieces together ..... 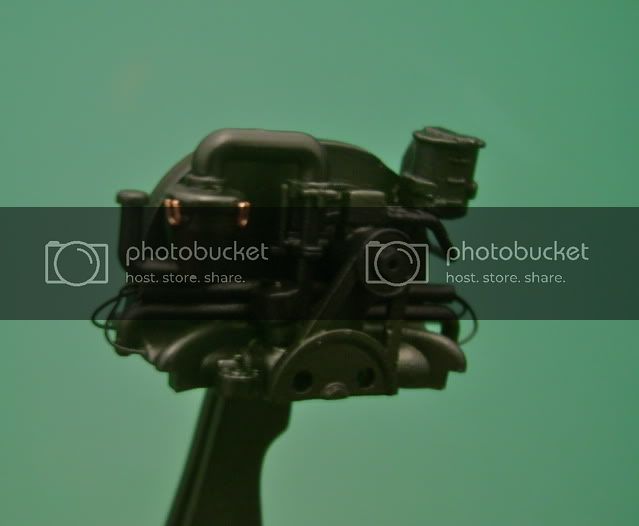 Here it is in Vallejo Black Primer, and a last minute addition were the retaining clips for the Oil bath Air filter. 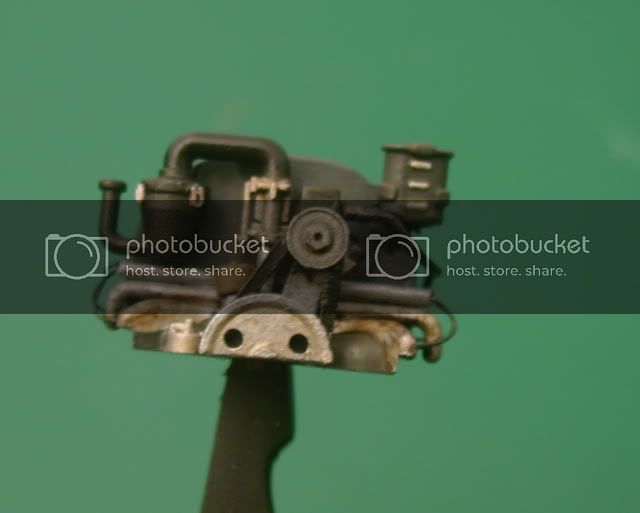 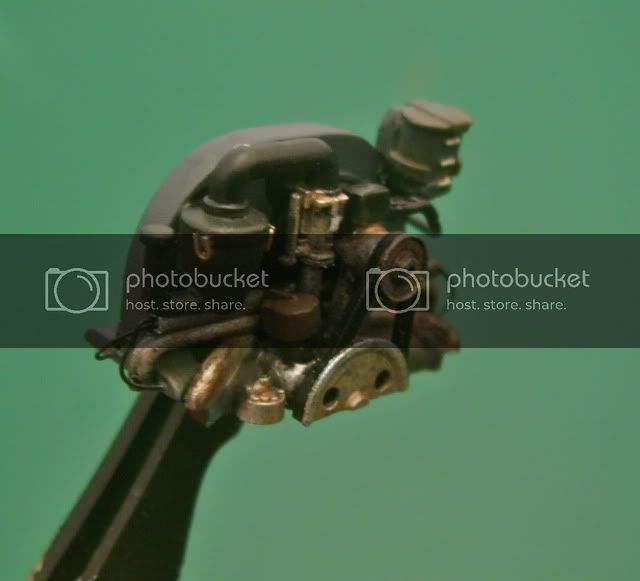 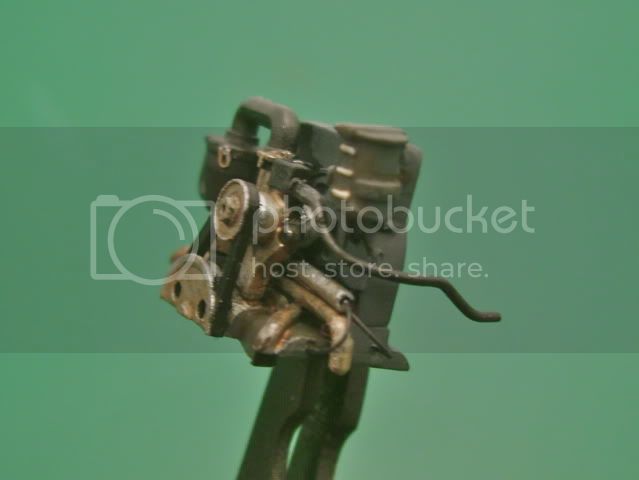 I used Poly-S Railroad colors - Faded Aluminium for th Carb body & it's pipes. The "tin's" were painted with Vallejo's German Grey ( Model Air) & the external Fuel tank ( attached to th Fan Shroud, & nicked from th Tamiya Kubel Engine) was used for Cold Weather starting & Held Premium Petrol - as th story goes, this devise was actually very Dangerous & could back-sifon into th motor causing a Fire , you can't see it ,but I "plumbed" th fuel line with th same .01 copper wire, it ducks into th fan shroud & is routed back to th Carb. ( Not that I did all of that routing, it th way it was routed on th real thing) I als o washed it in Citadel's Gryphonne Sepia Wash to give it that Grimy Fuel look ! ;D
​
That's it for now, I have done some playing around with th undercarriage & have hit it with some AK Dark Steel & will give it some Weathering ( not that you'll ever see it ... but at least I'll know it's there ;D I'll post pix soon .. depends on it all goes down !!

This is coming along great. Nice work painting the engine.

Nice little build! Never heard of such a thing for a Panzer cold start....very interesting!

very nice i hope your gona have the bay open so we can see it once finished,

Wow Just caught up on this and your doing an awesome master class with this baby! Am I still in time for last orders!

@ BEO - The Cold Weather Starter was a universal Jointed "arm" that attached to the Crankshaft Wheel of the Kubel & then attached to the Panzer , in this case the Panther , it would turn th Engine over so as to preserve th Batteries of the Panther. As in Cold weather it takes twice as many amps to crank an Engine of that size over. The Cold Weather Primer on the Kubel was put in place so They could sifon High Octane petrol into th Kubel , thus giving it a "Quick-Fire" start, something similar to using Ether on th big Road Construction vehicles today. But too often if th Mechanic wasn't paying attention , it would back-sifon ( causing a back fire) & put Raw Petrol into the Engine & cause a fire. The same thing , back in th day with Carboreted engines , to get them to start you could put a small amount of Raw Gas into th Carb & get it to start, but too much & you'd have a Flash Fire on your hands !

Yes th Bonnet ( as you Guys from across th pond like to say) will be Open. I guess They had to do this ? All the pix that I have seen of the Cold Weather Starter all show th Deck-Lid open while turning over th Panzer .

Panzerace, the motor is sweet looking. I have one of these kits in 1/72 scale. You think the wrapper trick would work in that scale?

Plus - When you do this , You will need to separate th Wax paper backing from th Foil .... now be careful & you may want to run it under some warm water to get th ice cream off of th wax , in turn makes it a lil easier to remove th Wax Paper from th foil. Just take you time when removing th paper. I'd like to see what it looks like. I've used this for more than convertible tops. I've also used it for th Canvas covers that cover the Windshields when They are lowered on th Sd.Kfz 10 , & another Kubel , th Sd.Kfz 7 8 or 9 ..... really any type of Canvas - Tarp etc , I think would look good rendered from this foil.

Let me know how it turns out !!