Hey guys!!! After all the excitement from my recent build of the 1/32 Japanese zero, i'm ready to start building a few other models before the next IPMS competition, so far I have an unfinished P-51 in a 1/48 by tamiya, that model is mostly paint work, but the other model I wanted to build was the USS Independence LCS-2.

About a year ago I had seen this kit before all built and well painted, but now I wanted to build my own version of this model with plenty of extra details and paint work. 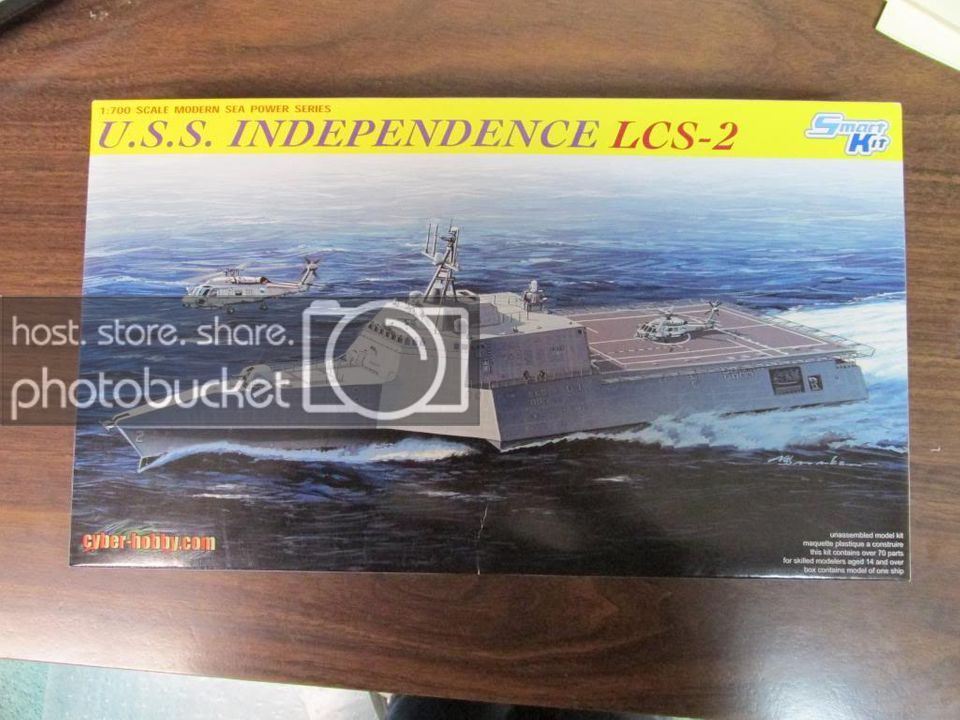 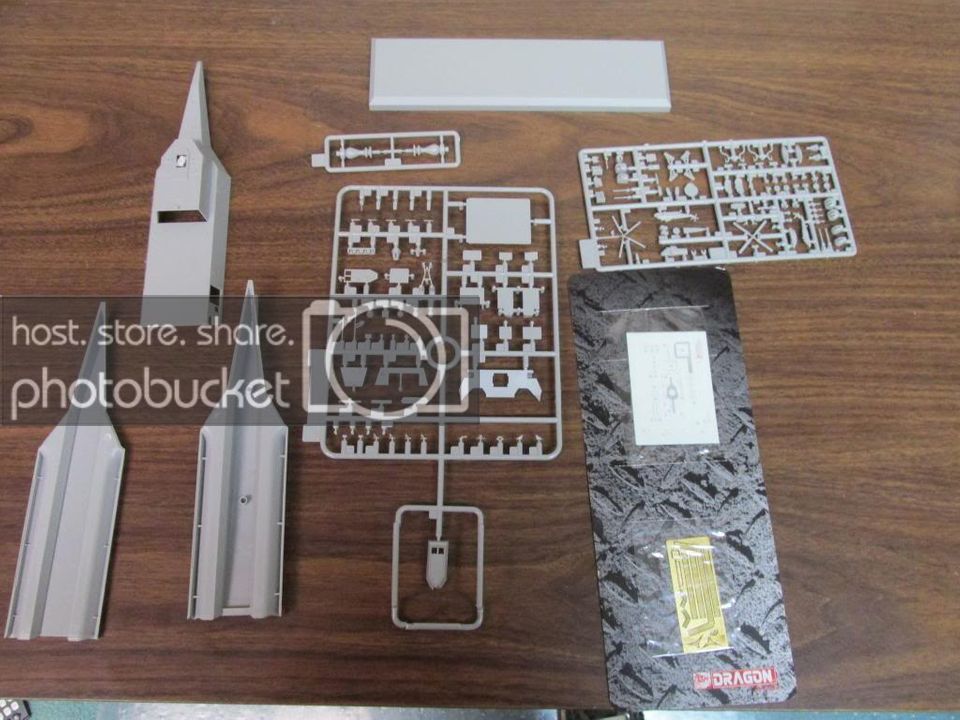 For the flight deck there is plenty to detail. The most major detail that is not molded into this kit are the anchor points for the helicopters. There are, roaming around the internet, a photoetch set which includes the newly improved flight deck, however i love scratch building, so a large portion of this build will have scratch built details. Here is a reference photo I'll be using for my flight deck references. 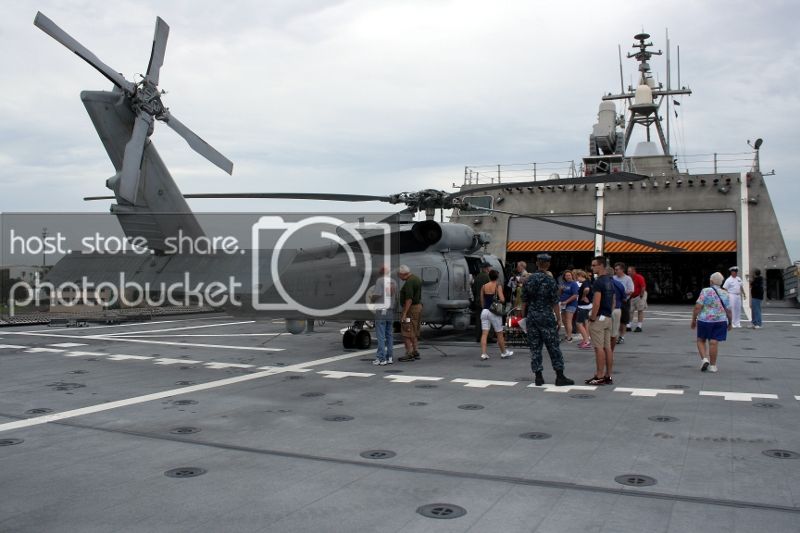 I started by finding a reference top view with all the anchor points and sized it to the scale of the model. I cut out the flight deck and taped it on centered as could be. Next I took a #76 drill bit and drilled each whole individually (note i did not drill all the way through the plastic) 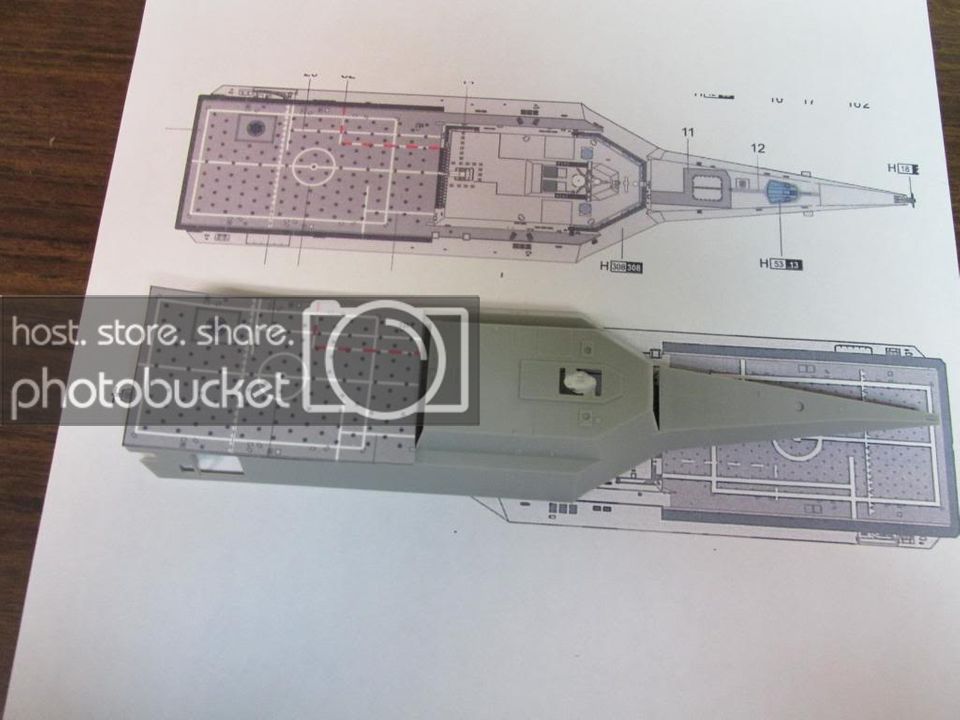 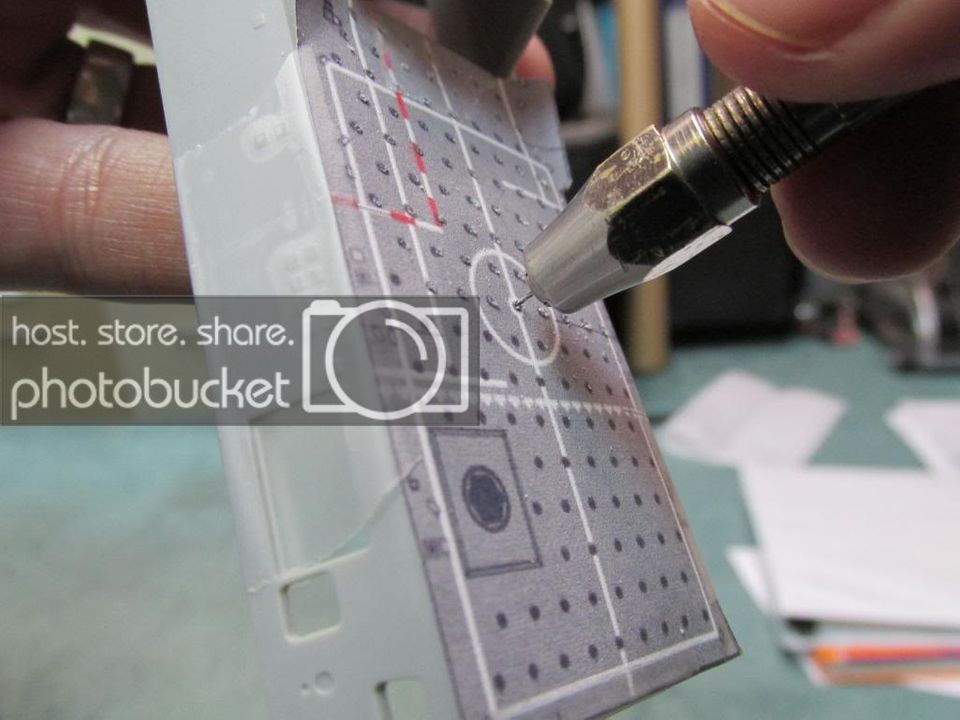 1 hour later, i got my first result!!! I am planning to widen each anchor point a little more and try to add the cross joint details to each one. So far I am going to try an idea I have to do this. 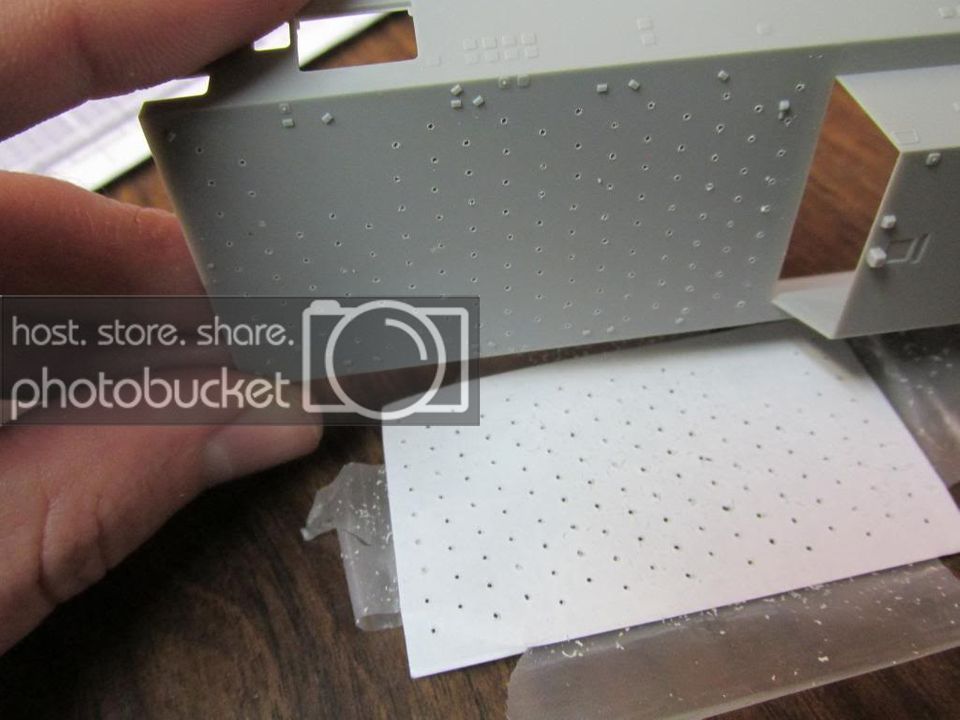 cool! ive always been a fan of this ship design since it first hit water! great start to the project, looking forward to it!

Always love to see a Pin Vise at work!
B

OK!! So after doing more research and carefully looking at many different reference photos, I was ready to proceed to begin adding my own personal details to the model. I started off with the 2 exhausts. Although they are not visible from side views of the ship, it is clearly noticeable from this top view photo that I've cropped to size. notice the 2 black squares with the 2 circles in the middle?? this detail was clearly missed by the 1/350 and 1/700 kits of the Independence. 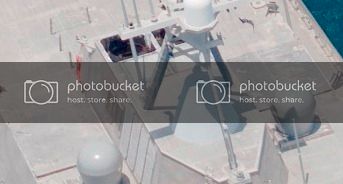 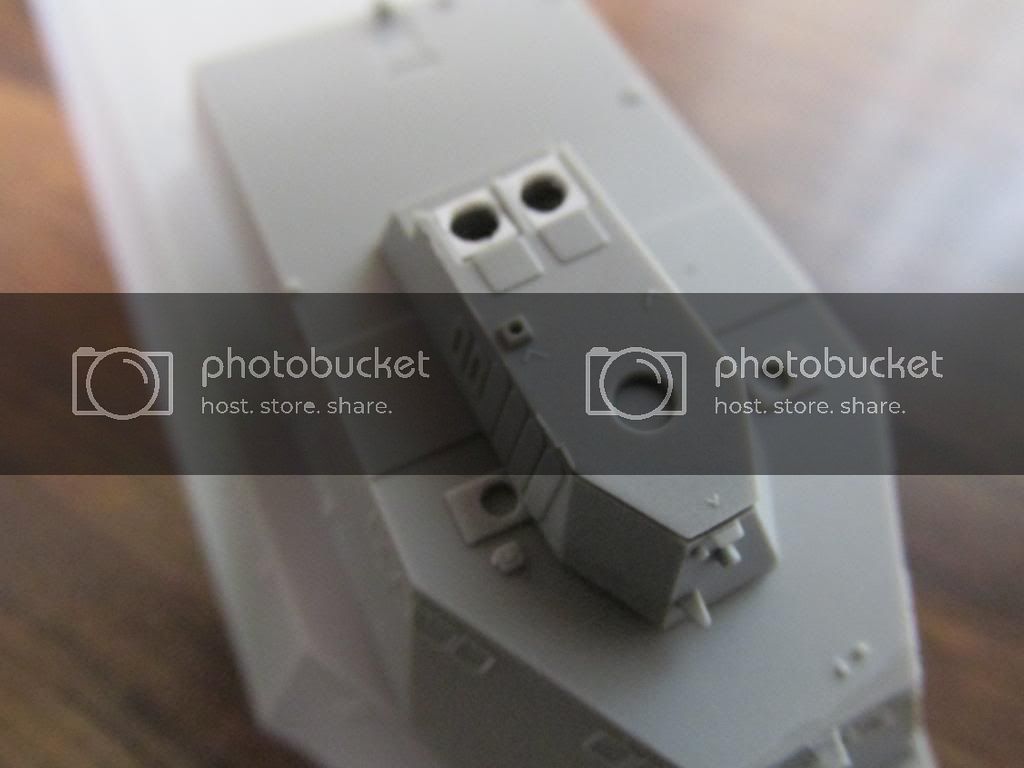 I resolved this little detail by cutting out a small strip of styrene and drilling out 2 holes. I split the piece of styrene in half and glued both sections to the ship using tamiya liquid plastic cement. 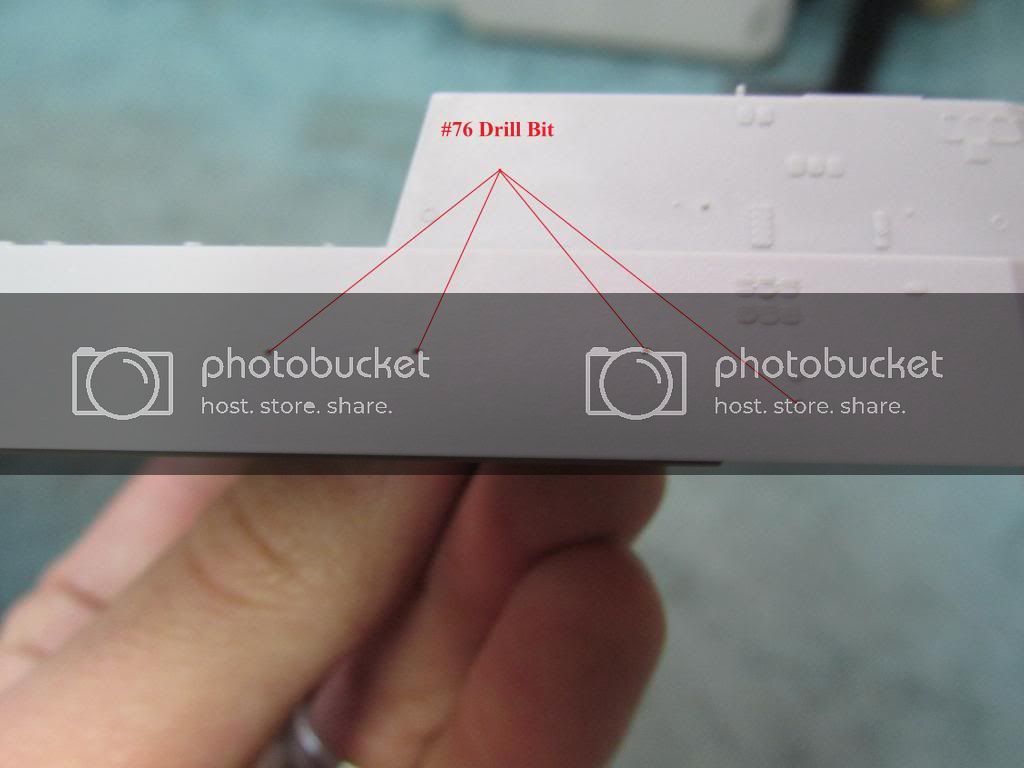 Another detail that I noticed in reference photographs were some extra holes that were not pre-molded...Not a problem for a pin vise I used the same method I did with the anchor points on the flight deck.

The next detail I began working on was the hangar. There are only a limited number of photos of the hangar (all of which were copyright ) But basically think of the inside of the hangar walls as if you covered it in aluminum foil. That is practically what it looks like on the real ship. So I began taking the base of the hangar and scratch building wall sections using evergreen styrene, and then I used some aluminum foil with a tacky back to it. Before applying, I crumbled up the foil while it was still on it's backing to help simulate the foil to the scale of the model. I then proceeded to covering the rest of the hangar bay. 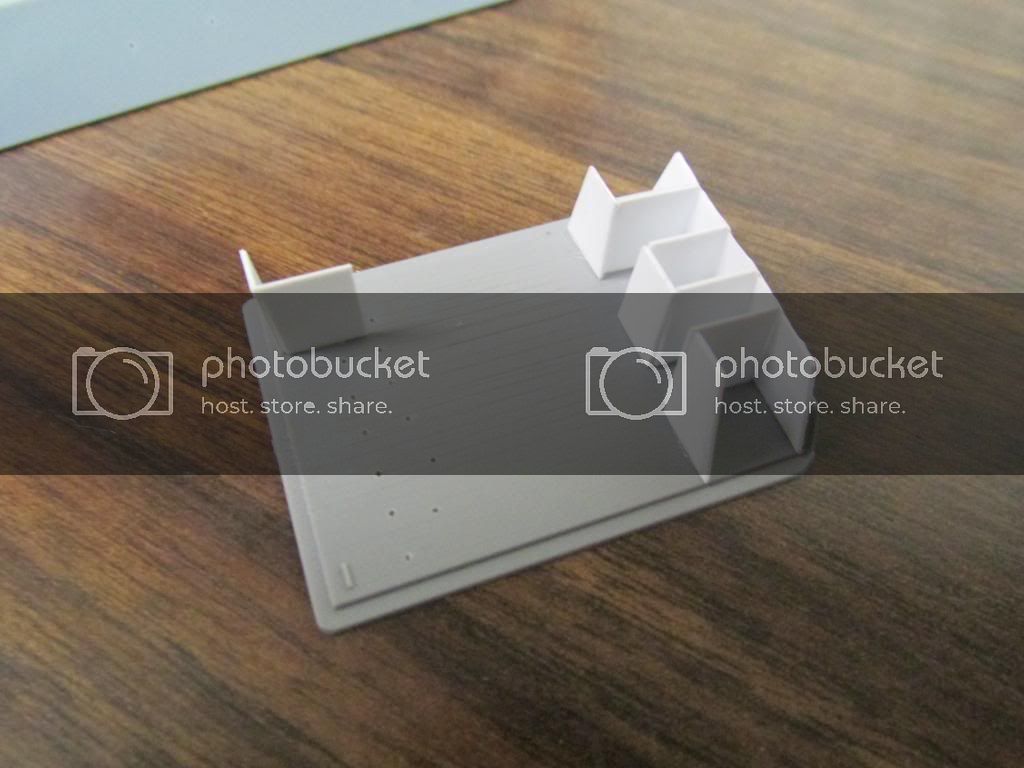 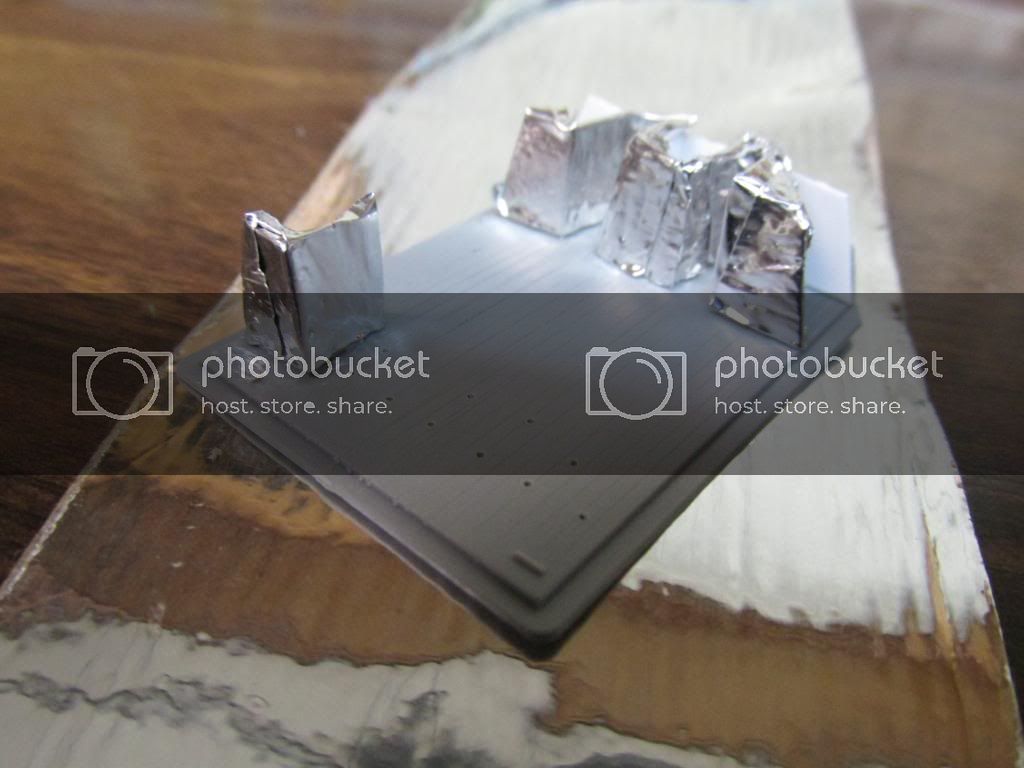 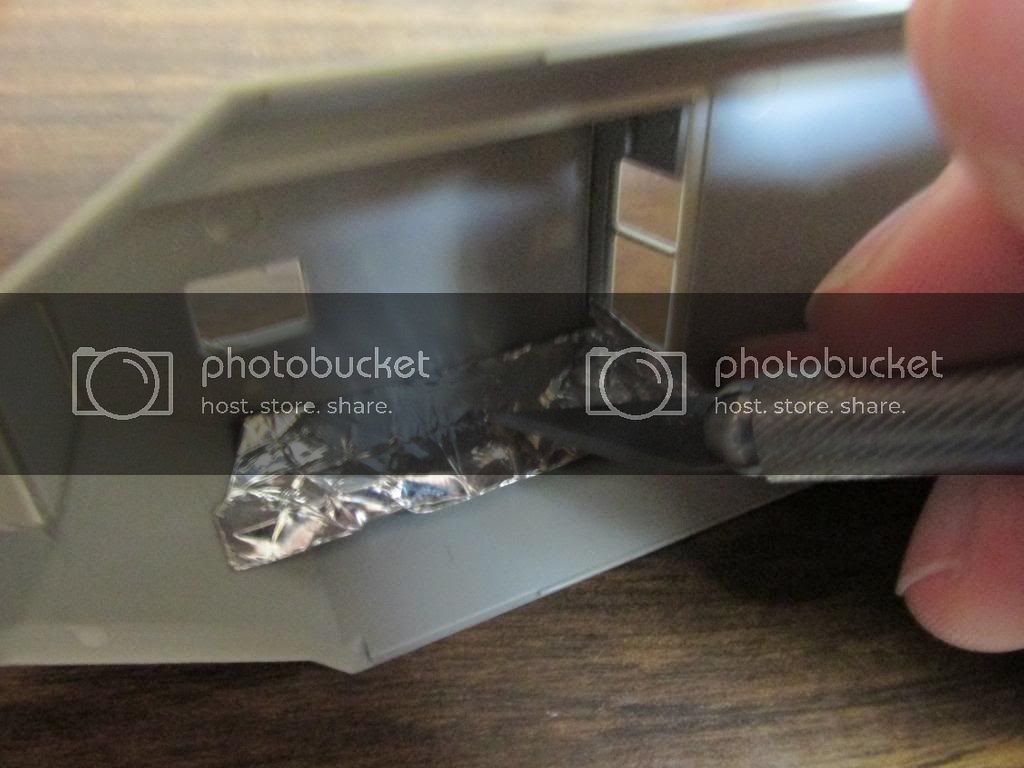 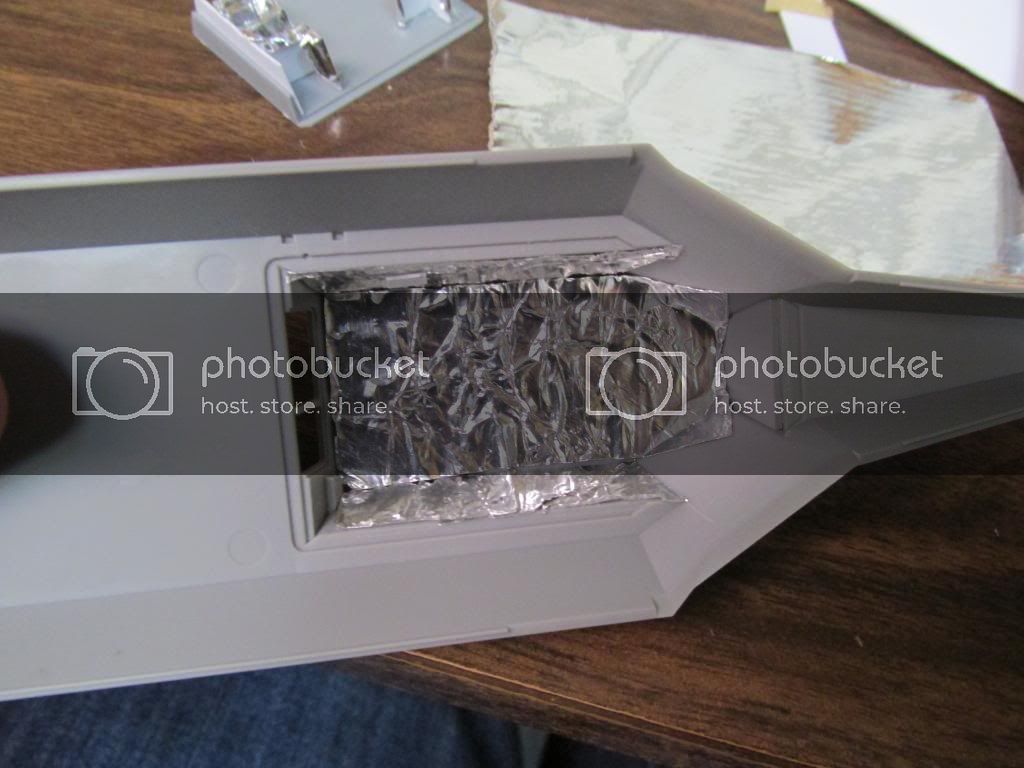 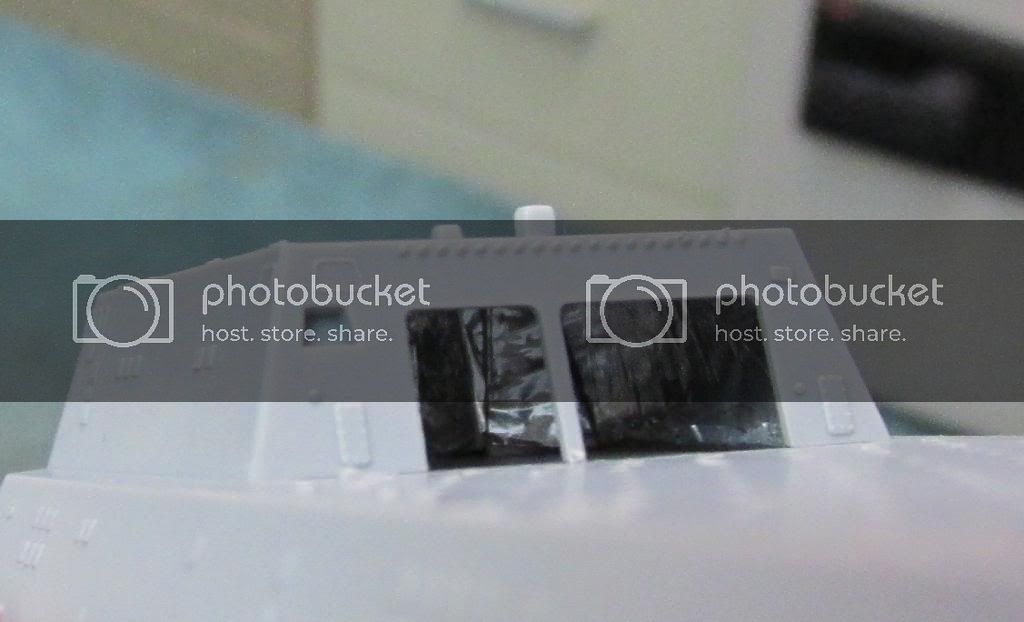