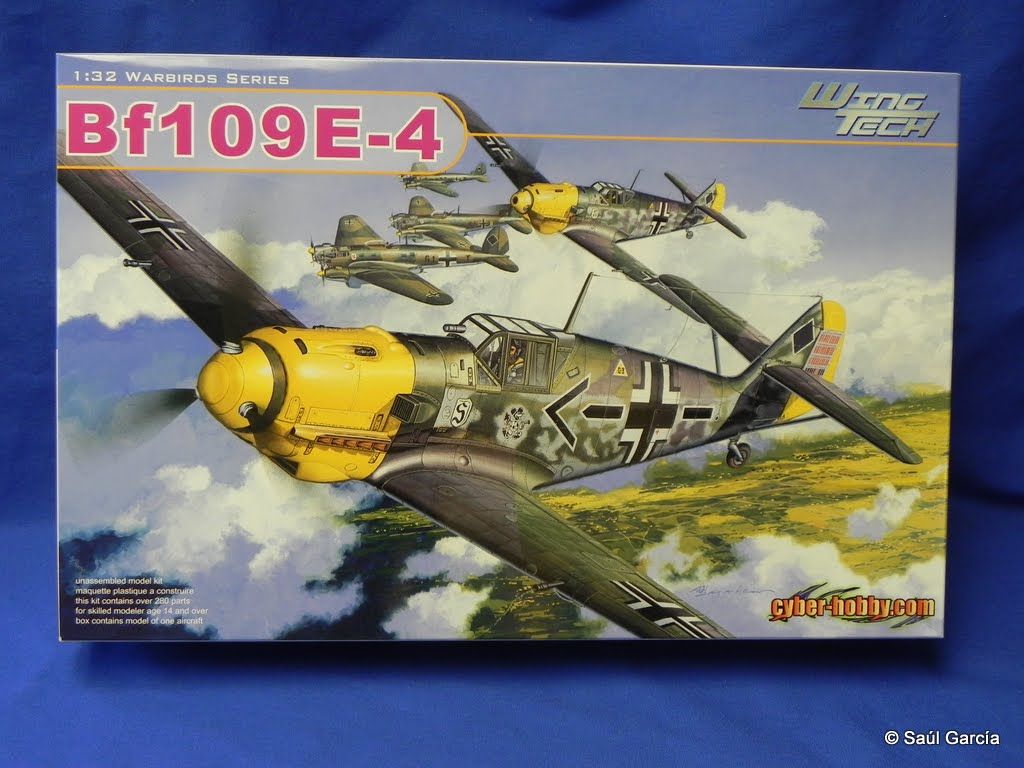 Box art. Cyber-Hobby has released their Messerschmitt Bf-109E-4 model kit in 1/32nd scale. A rather large box is crammed with sprues, including one form the Bf-110 kit which allows for a full engine to be displayed. 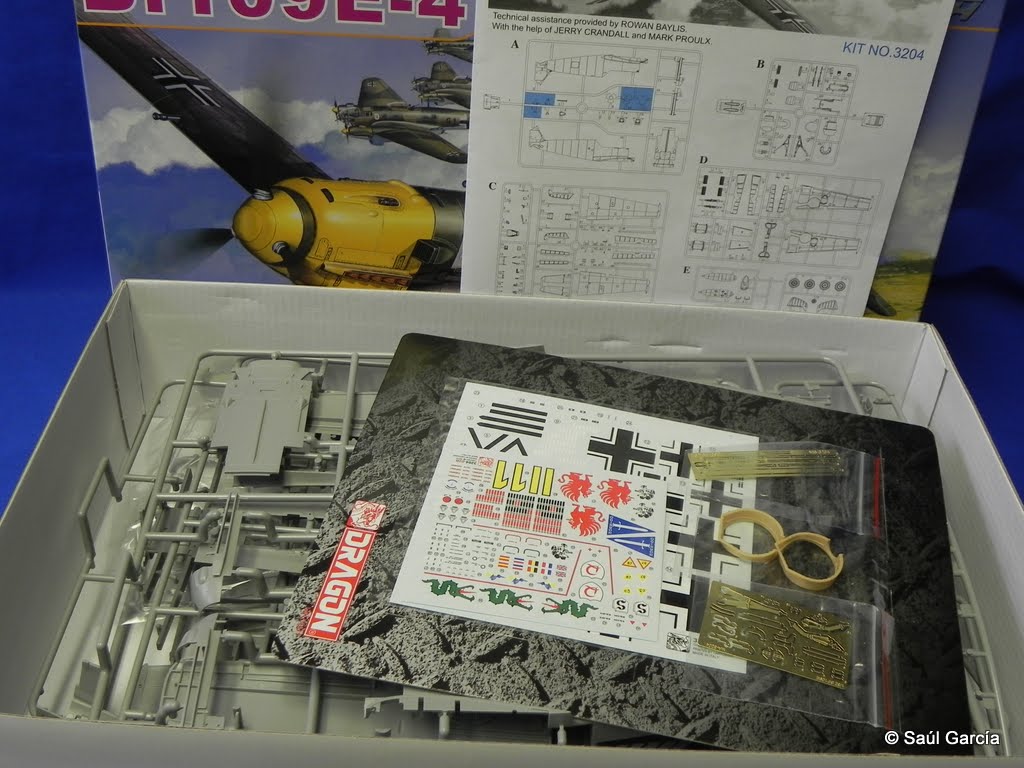 Opening the box. Note the creases at the far end of the box. Some sprues were bent in order to fit inside. 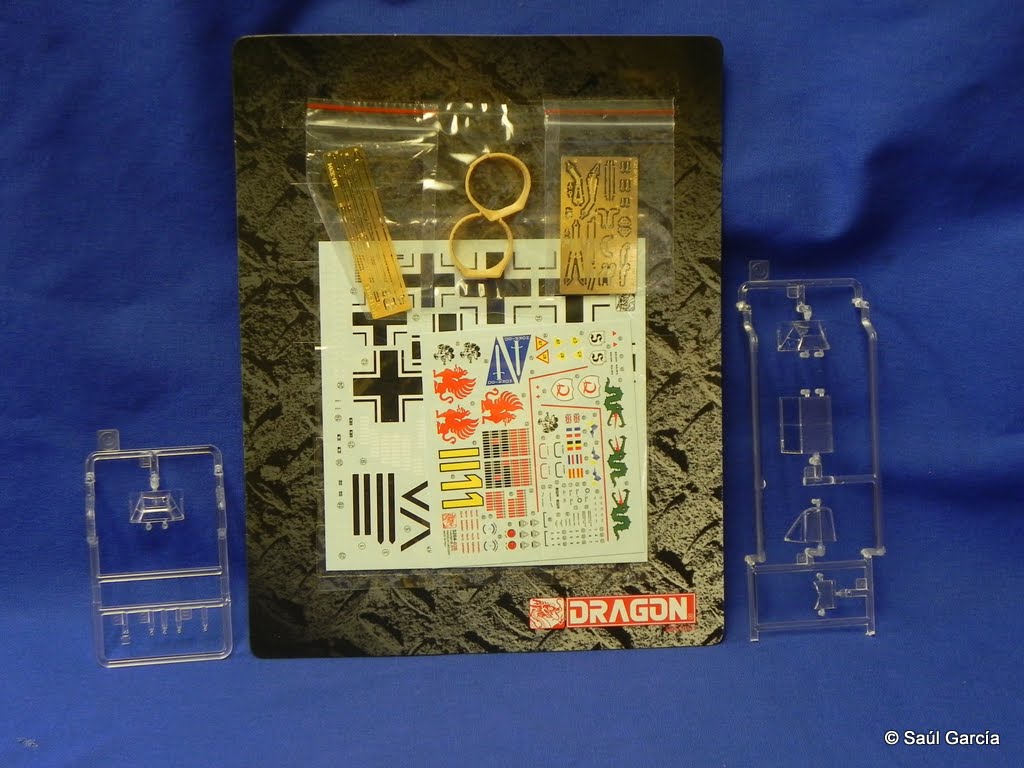 Decals, PE, and DS parts. The clear parts and the accessories are shown above. The extra windscreen at the left allows for Galland's machine to be modeled with the gun sight. 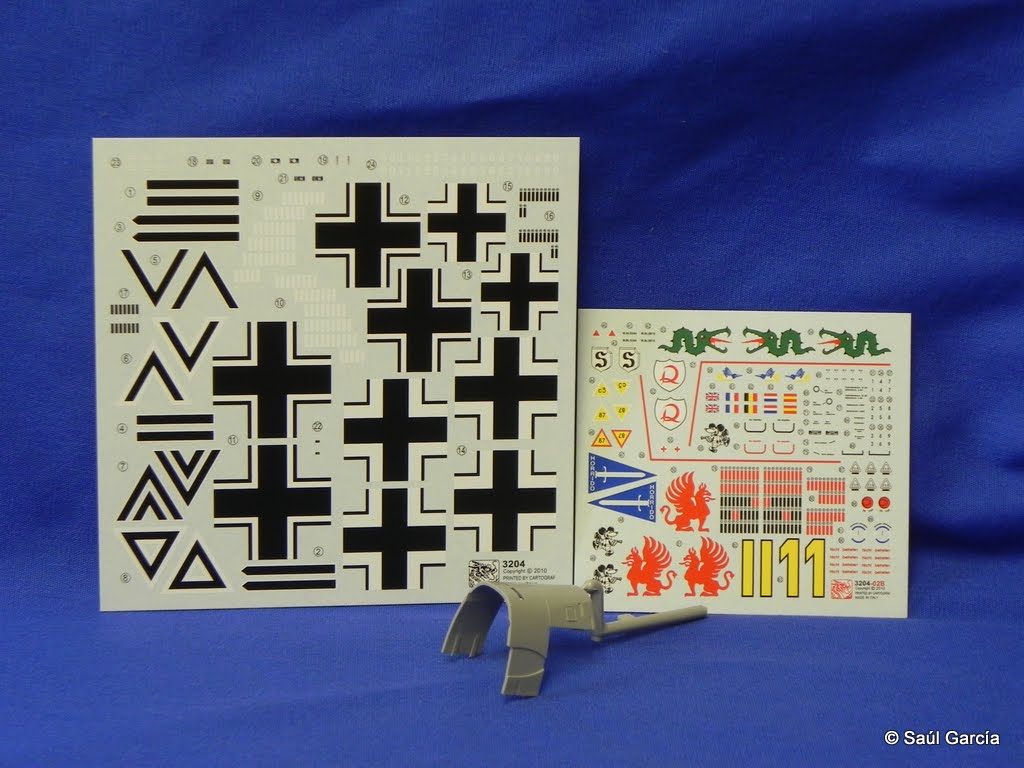 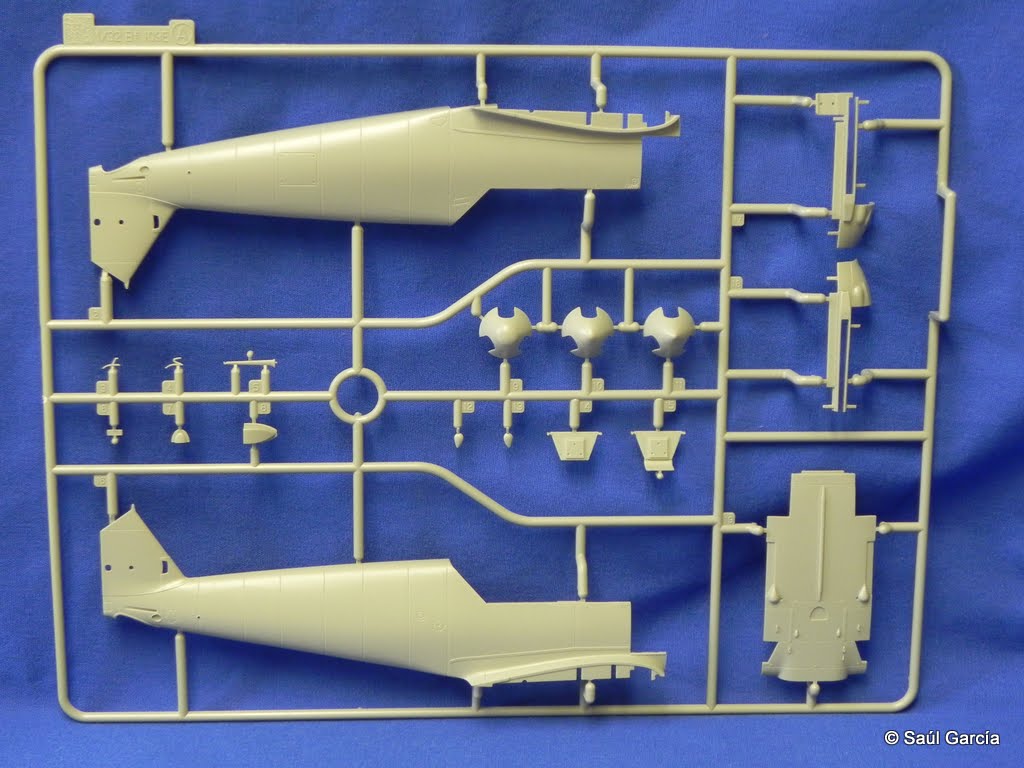 Above and below we see sprue A. Notice the three choices of spinners (for the E-4B and E-7 variants) and the slide molding used on the right edge to ensure the lower engine cowl details are properly molded. 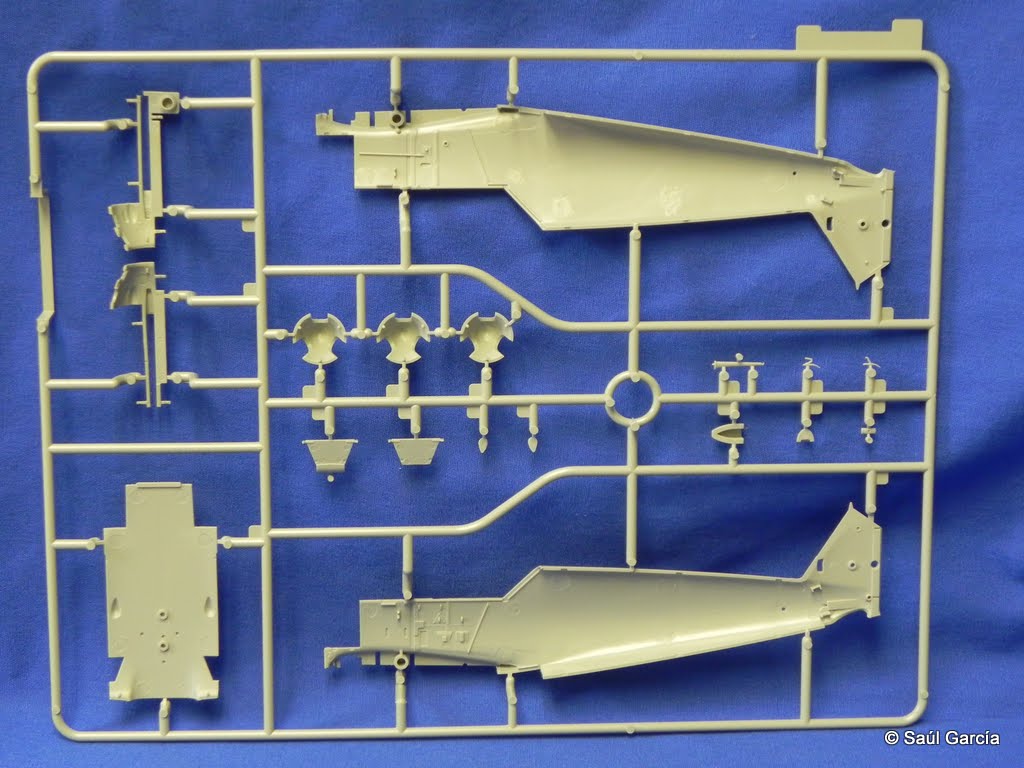 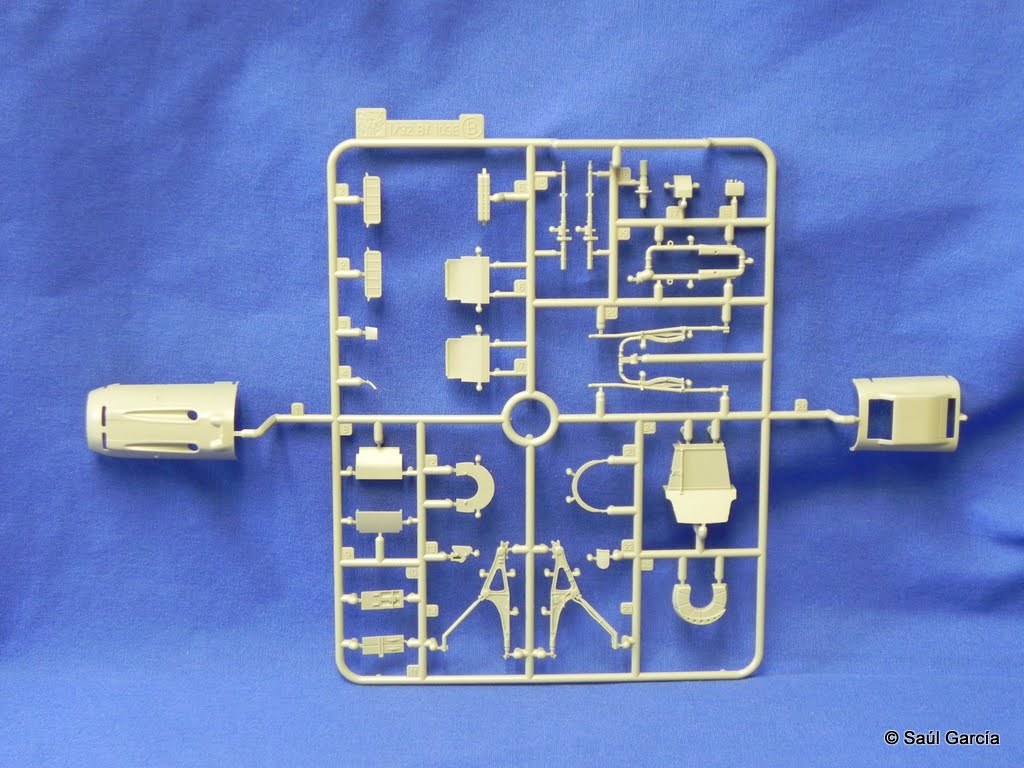 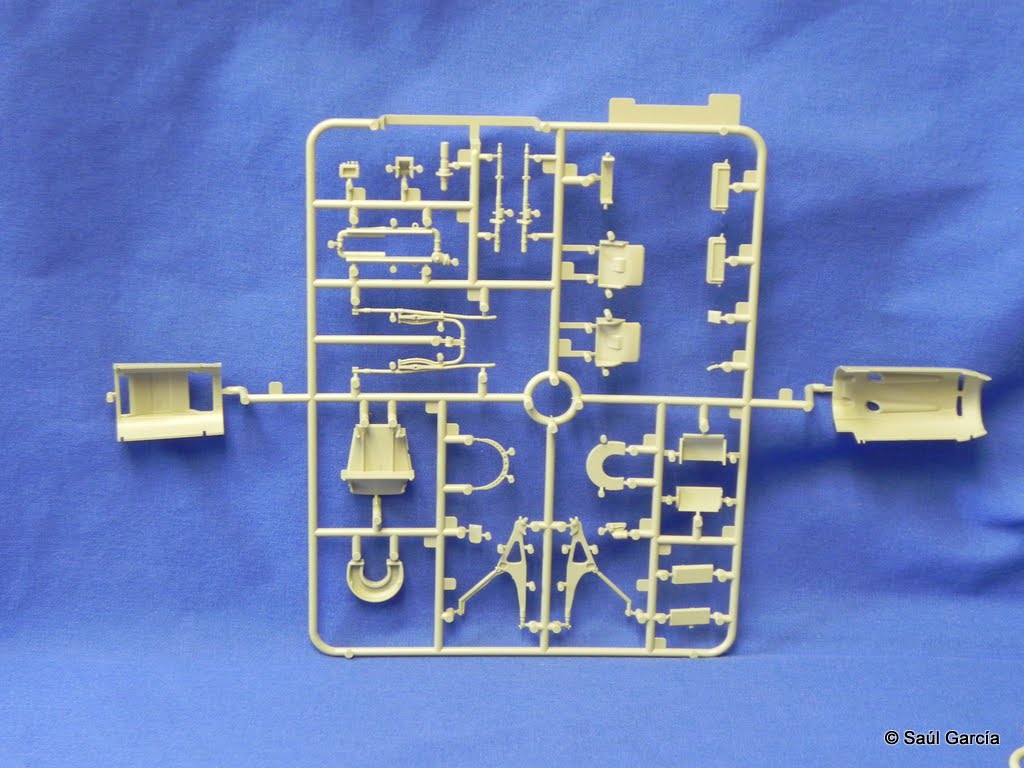 Sprue B rear. Sprue B is seen here. Again, multi part molds are used for the cowlings along with slide moldings on the upper edge for the machine guns and other details. 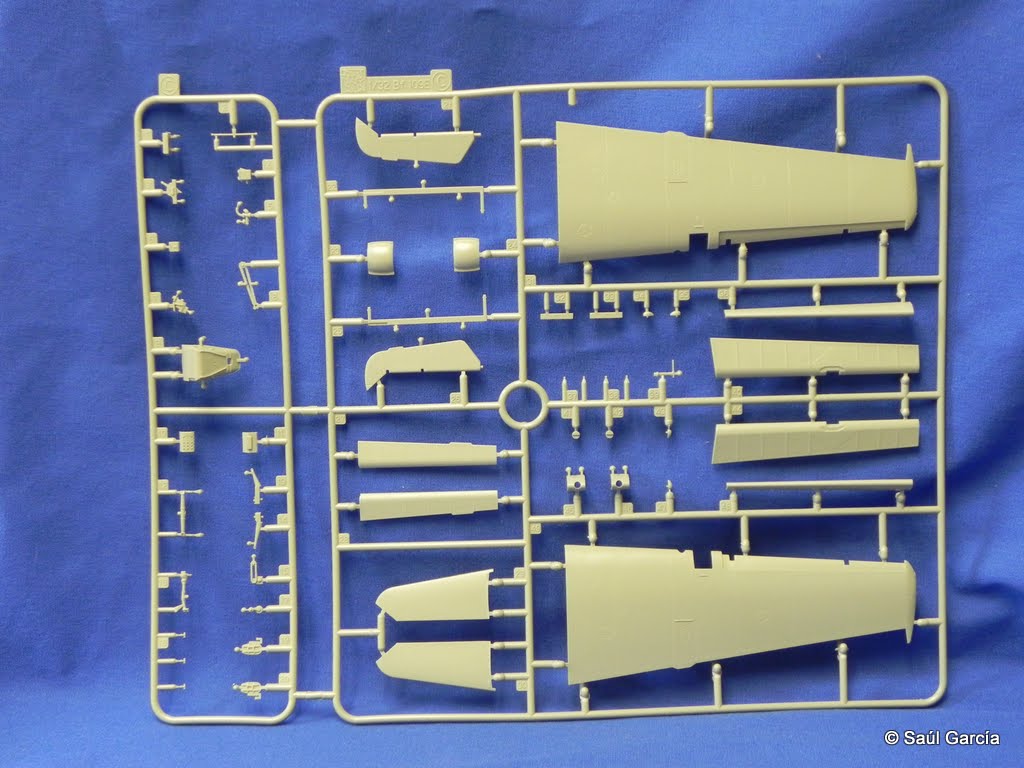 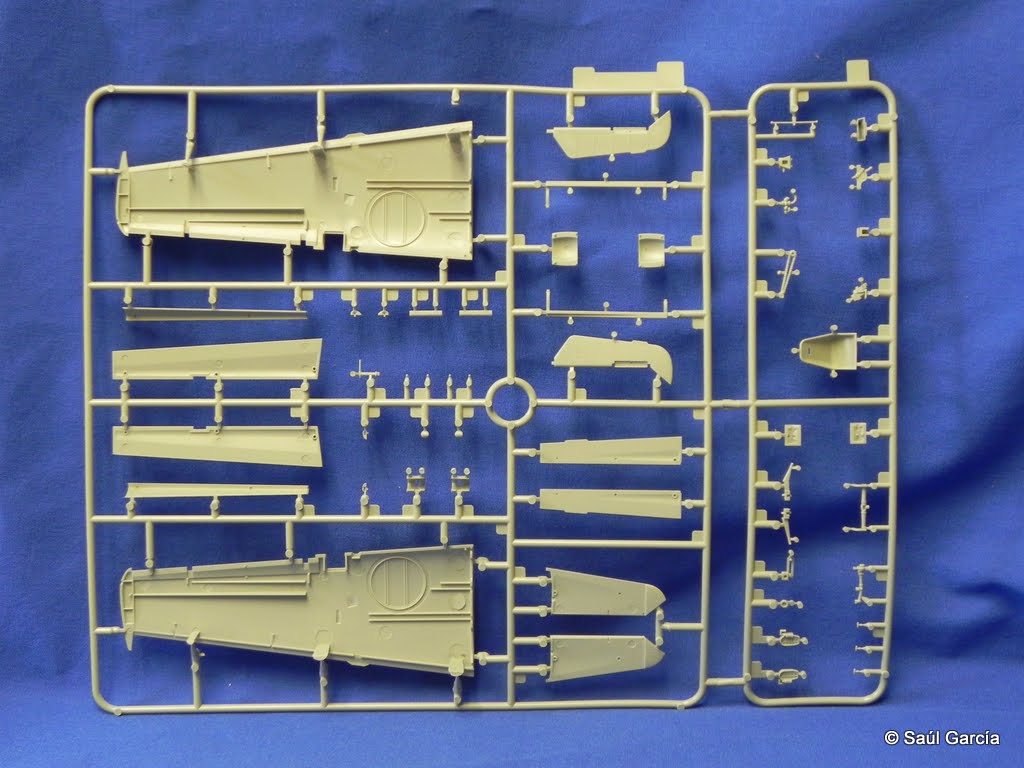 Sprue C rear. Sprue C covers the upper surfaces of the wings, flaps, and horizontal tail Also on the sprue are the elevators, cannon ammunition can covers, slats, and an add-on sprue with later E variant cockpit details. This engineering makes me believe we will see an E-1 in the future. 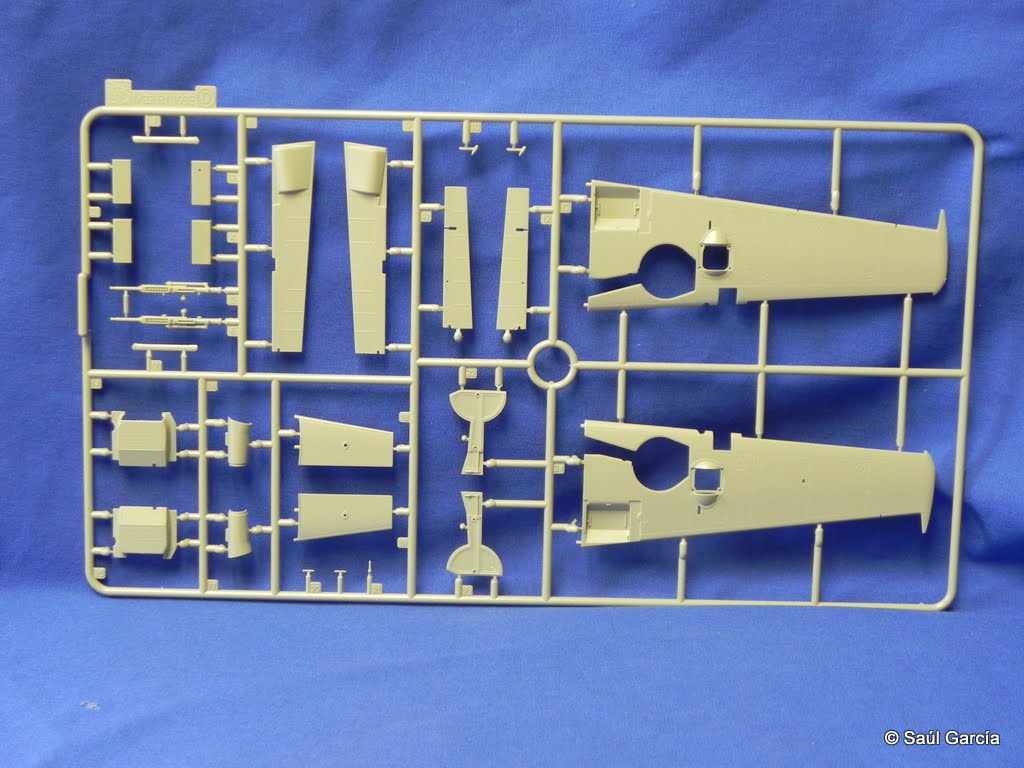 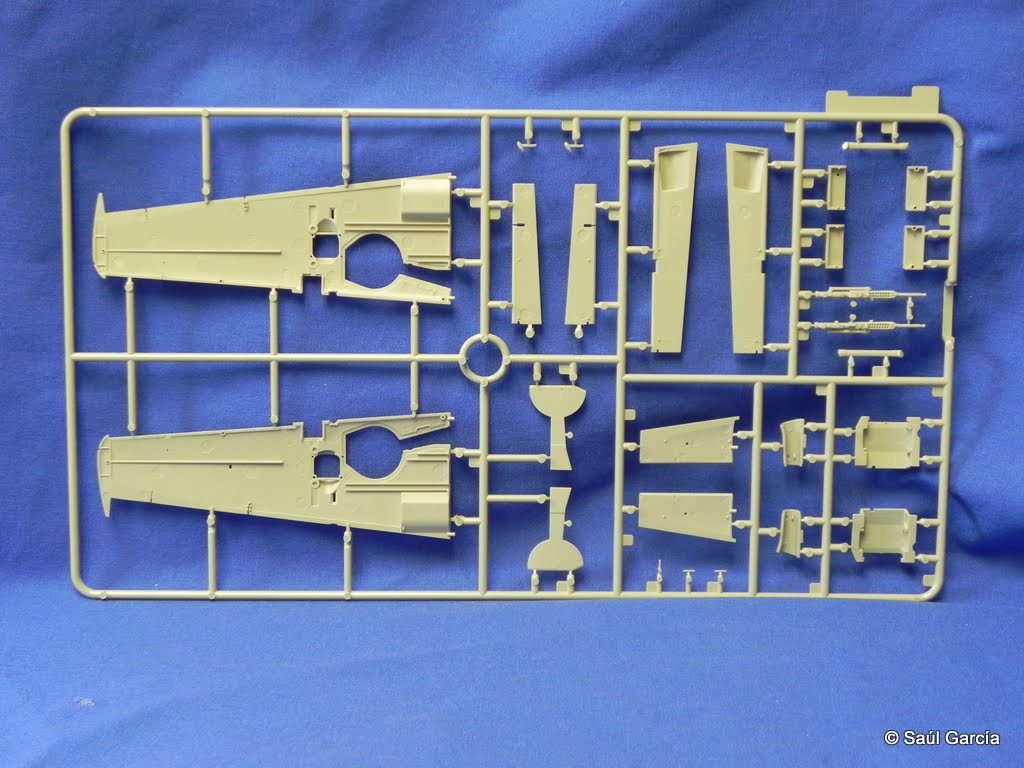 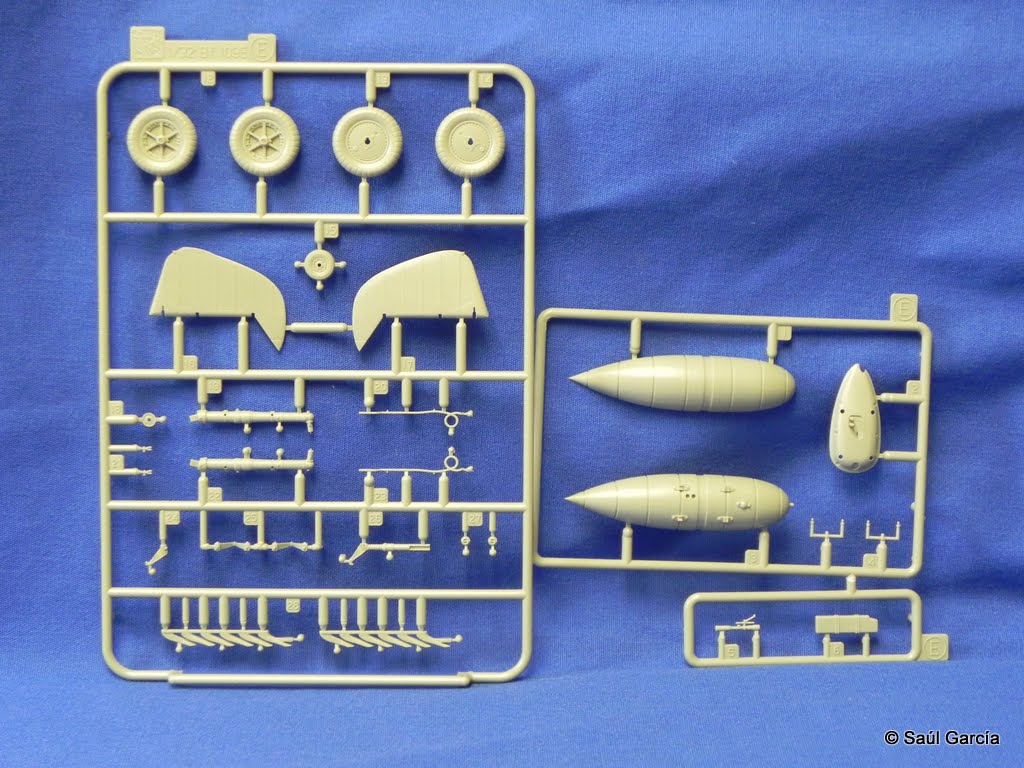 Sprue E front. Slide molding is used for the exhausts (see lower edge, and here we find the rudder, wheels, gear legs, brake lines with two add-on sprues. The first is for the drop tank and the second for the modifications to Adolf Galland's Emil. The main wheels are disappointing as the depth on the front is not as good as it could be so I may replace them with Eduard's Brass In set. 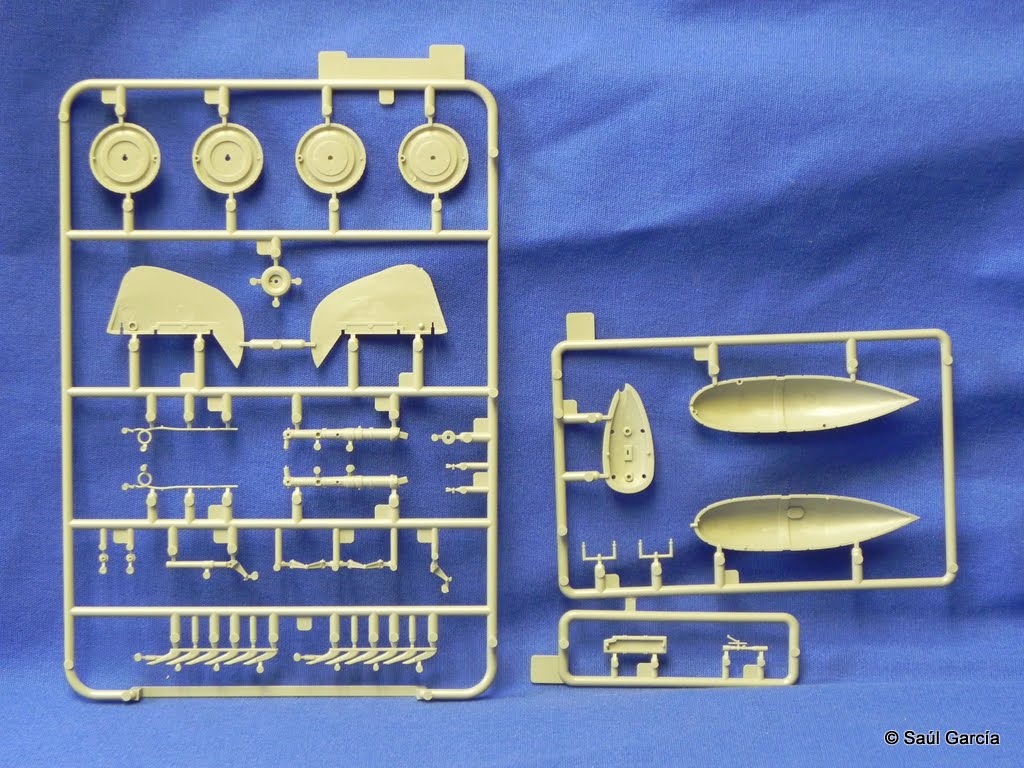 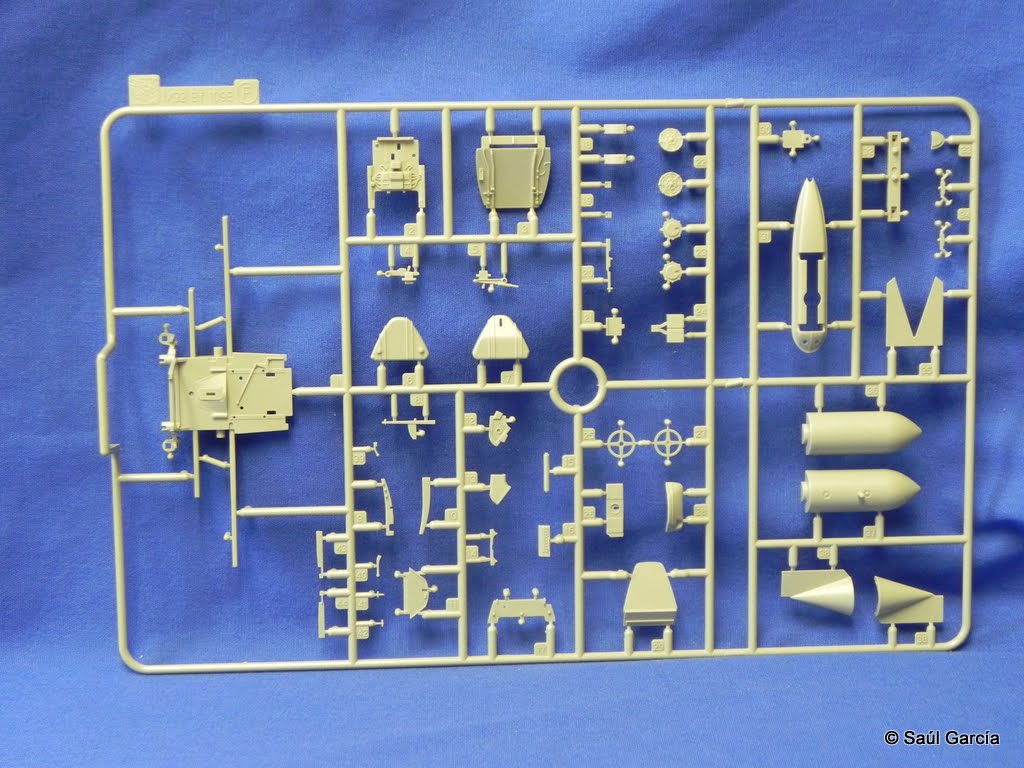 Sprue F front. A hefty slide molded wing spar is included on sprue F along with various cockpit details. The add-on sprue includes a bomb along with the rack. 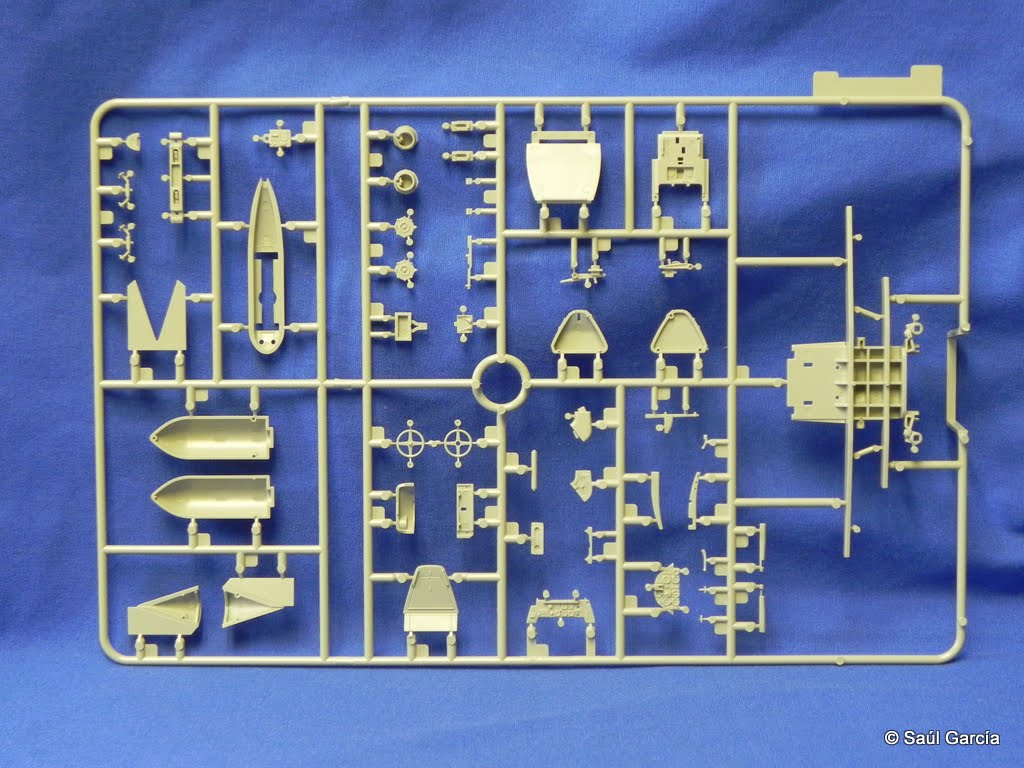 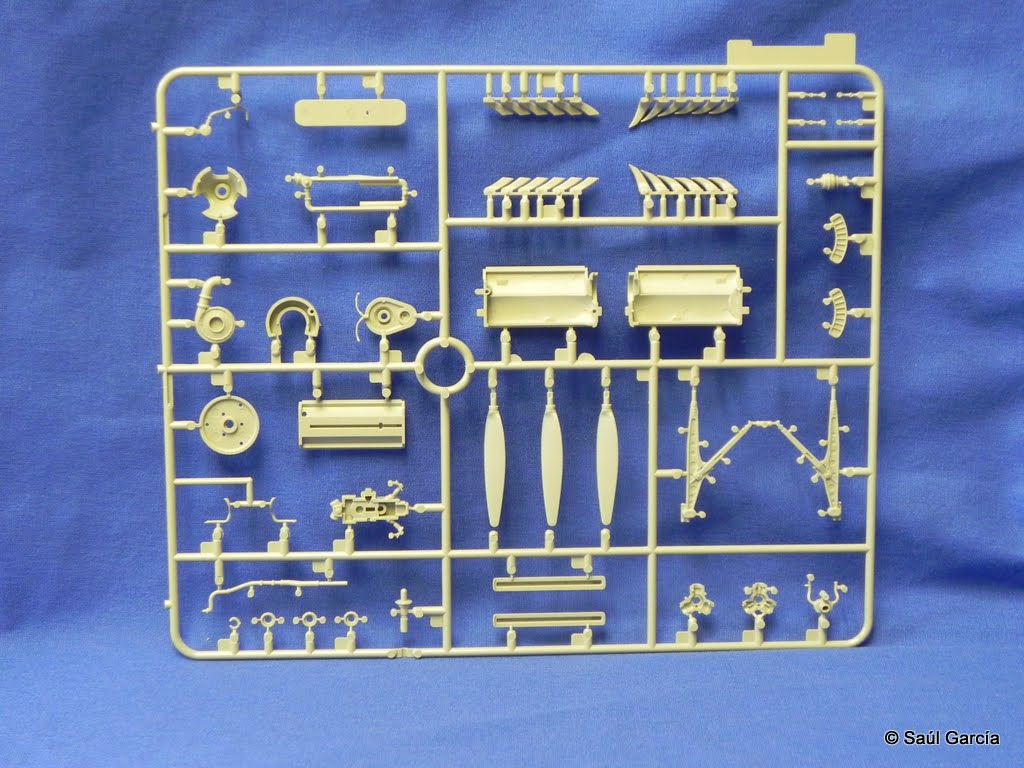 Sprue J front. Sprue J hails from the Bf-110 kit and has many un-used parts such as the exhausts. I mention the latter since they were not slide molded and solid. This shows Dragon (who did the OEM for this kit) is learning what modelers are expecting. 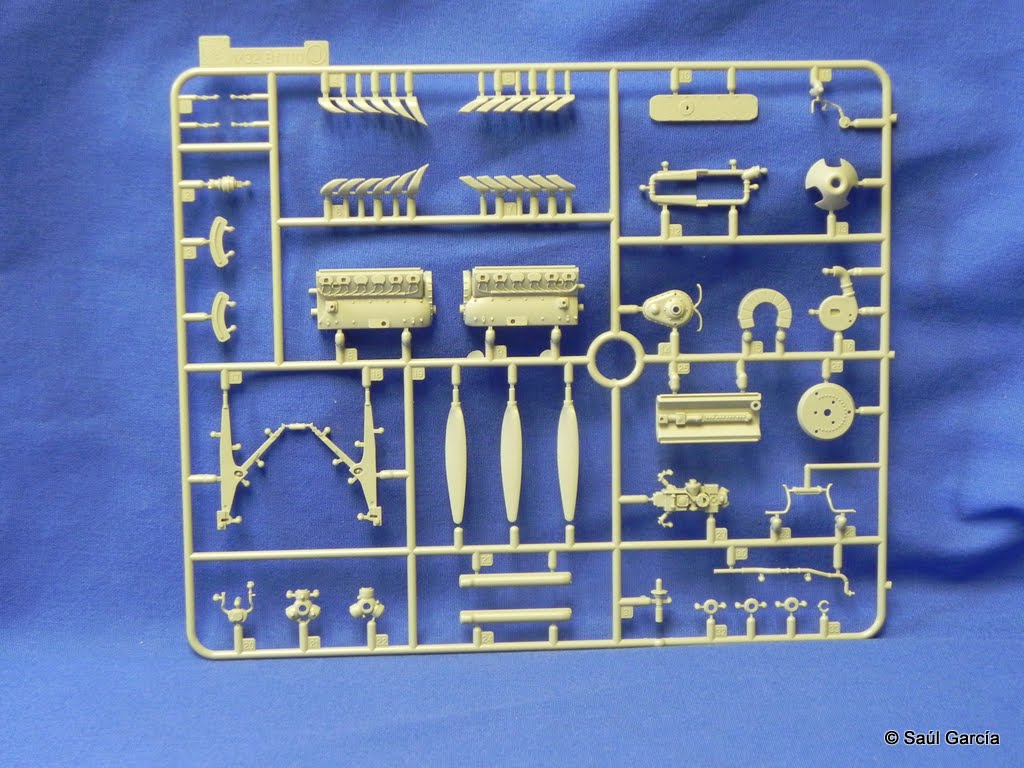