Jeeze I hate to commit! But I thought I could do something with this SQ and join the "Rumors of War" group build at the same time. I may only get to pick at this here and there. Been hardly modeling over summer and have a few other things I'm trying to finish, like you doesn't eh? ;D

I started this a few years back and was going to be a Gasser. Now it is going to be a car leaving Havana in 1962. With the threat of the "Cuban Missile Crisis" I don't think there would be any safe place to go but this person is trying to get out of harms way.

I started by sanding the paint as it had a mild orange peel. In 1962 this wouldn't have been too beat as it would only be 12 years old. But weathered for sure. May bring the paint back a bit with a polish.

I originally gave it the Gasser nose up stance. This will work great for a loaded trunk. 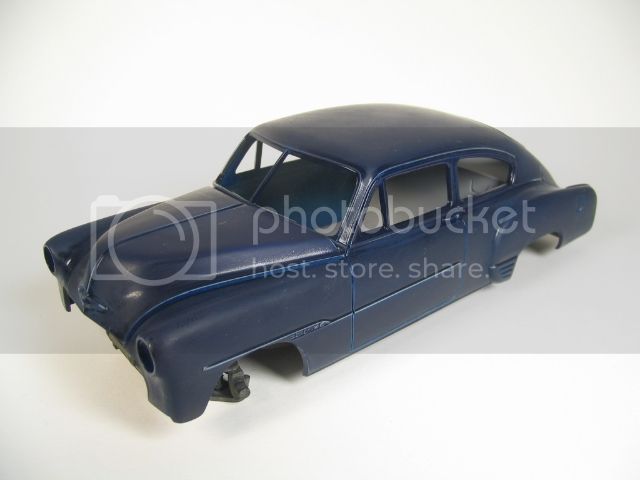 This is gonna be cool. Excellent idea!

Glad to have you guys along. I just realized I used the engine for another build. Does anybody happen to have a six cylinder for one of these they aren't using? If not maybe I can muster up a V8. Chevy didn't have a V8 for these but maybe the guy blew the engine and replaced it.

Yours if you want it. You'll have to come up with a carb and breather. 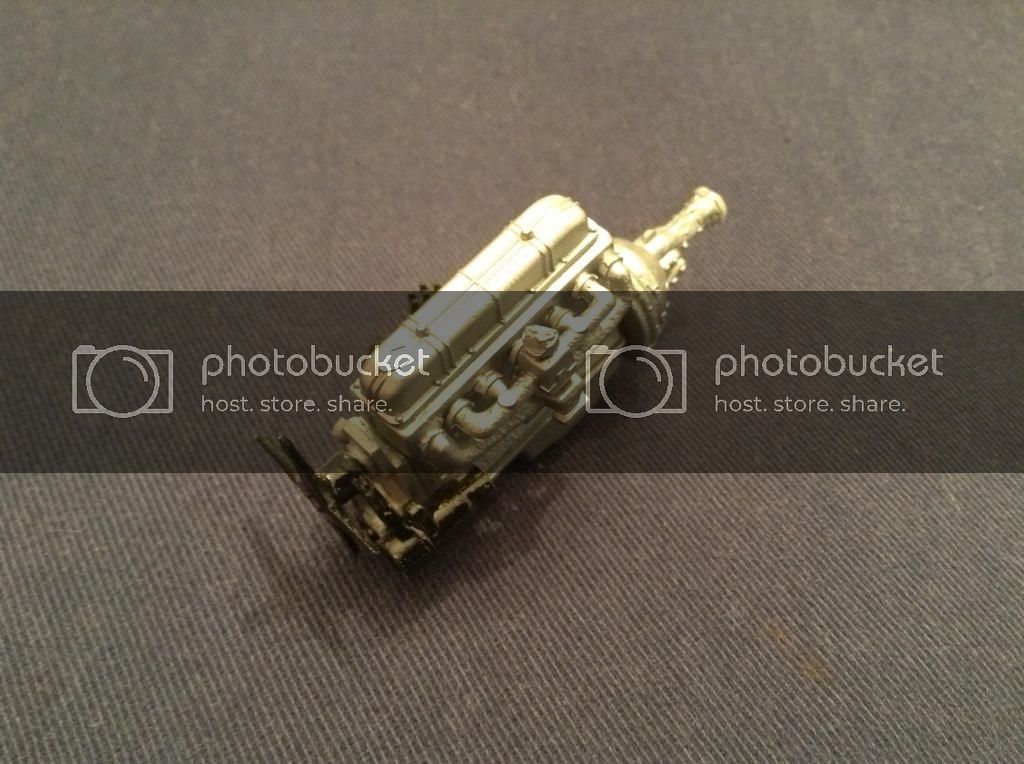 Really nice interpretation of the theme matt, good to see you back at the bench, I'll be watching this one

One thing I had to do is patch up the holes I made for the Gasser headers. Don't need them anymore so in goes the styrene. 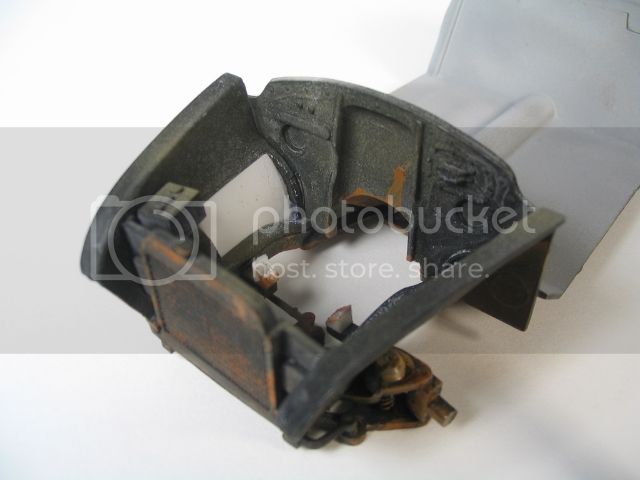 Got the chassis weathered. 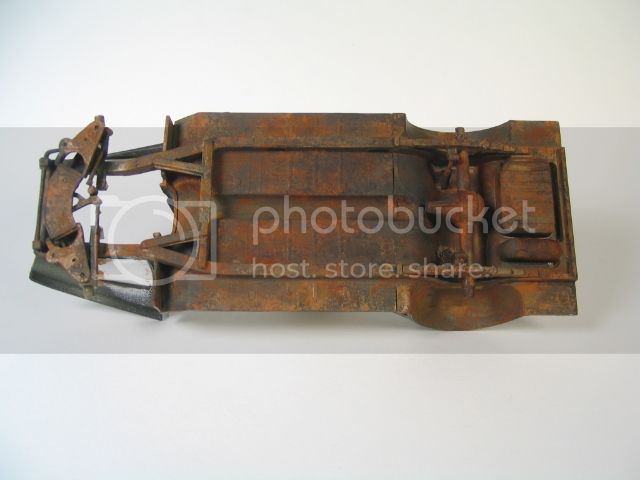 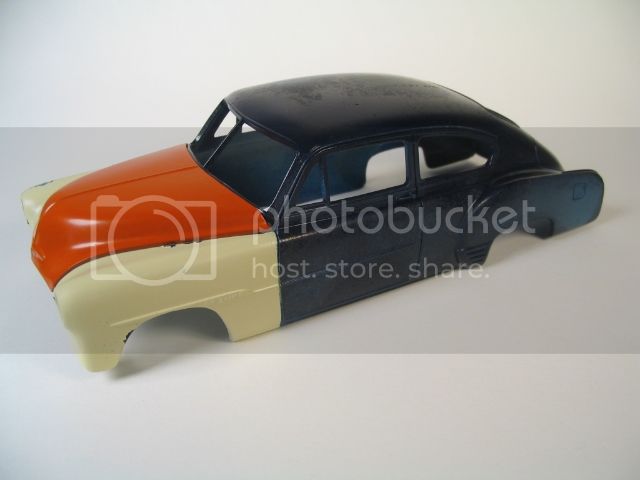 I wanted some colour so I added fenders as if replaced due to an accident. The blue and cream are correct for this car (or close enough). The hood is for fun. Maybe it came off a commercial vehicle. Maybe he just wanted an orange hood. Who doesn't right? ;D

Oh, and CT is sending me the six cylinder. Thanks CT!

Thanks John. This is just a canvas tho. I'm going to have fun with this. ;D

Yes it should go much faster. Most fire trucks have a red hood and that's pretty close. ;D

After looking at the above picture I thought the chassis might be over rusted for the age of the car so I toned it down a bit. Still need exhaust. Added a wee bit of dust and some metallic colour to the fuel tank. 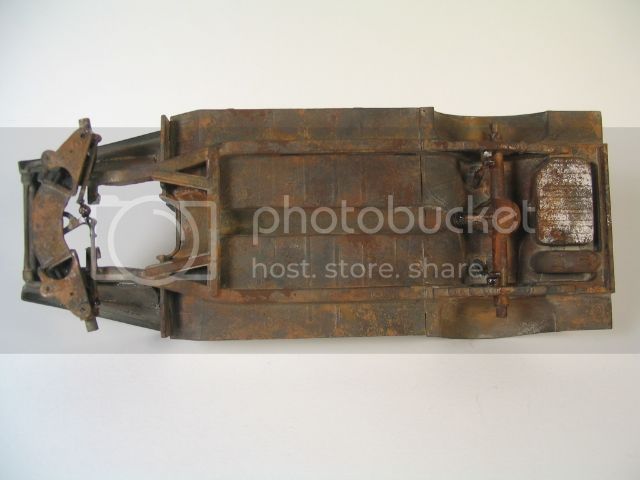 I brought the paint back on the rest of the car but left the roof and trunk partly faded. I believe it gets a bit hot in Cuba by times. 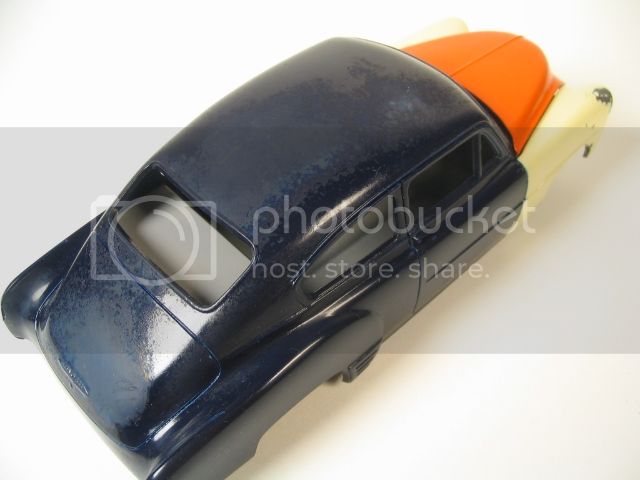 Needed at least a bit of chipping to the front fenders. A lot of playing around to do yet. 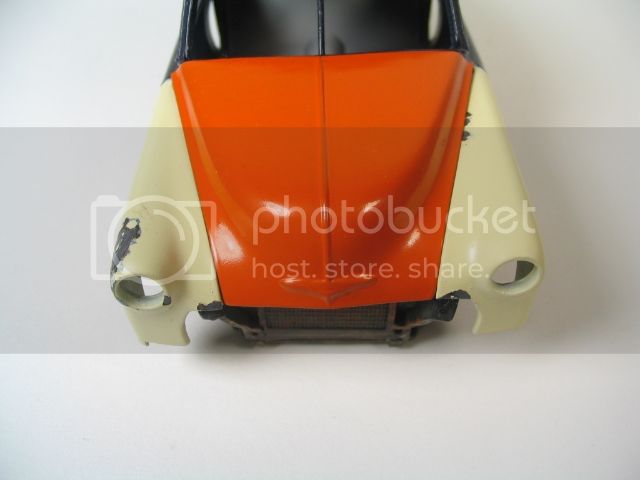 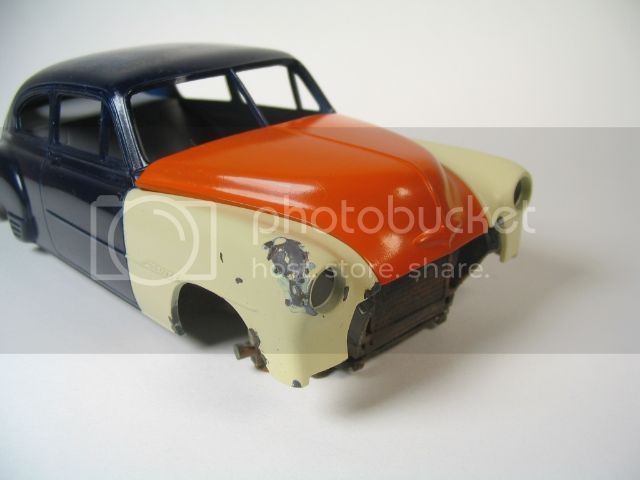 Thanks for having a gander.

Looks great, man, and the weathering turns out brilliant! Thumbs up!

Thanks Solander. Hopefully have some pictures up soon.