First thing first I'm a great fan of Crossbone Gundam, I realy liked the manga and mecha designs. Ver. Ka is one of my fav kits - even knowing that it has some problems - in the end model kit for me is not a toy it's more of a display piece IMO.
Now, there is so many versions of Crossbone that you definitly have to think wich one to do. For me this decisons wasn't obvious, Personaly I like X3 The most, but having Ver. Ka kit the main problem in converting it would be Muramasa Blaster, not that it would be hard to scratchbuild (maybe a little) - but I'm quite fond of the verision in Full Cloth kit so I will use that one for eventual conversion in the distant future...
Then There is X2 wich is very nice or even better X2 Kai, I love the BFG it carries (and it's a very powerfull weapon in G Generation games) and red eyes and overall dark colour scheme, BUT it was done so many times that I would have to try really hard to make mine stand out while still being faithfull to original.
So what "left" is X1, don't get me wrong there is so many versions of X1 that you can definitly find something for Yourself: X1, X1 Kai, X1 Kai Kai, Skull Heart, Patchwork, also there is one version I can't remeber name, IIRC it was Patchwork repaired on earth with aditional equipment - a hook on a forearm and something more. And thre is Full Cloth. And a lot of other versions wich you can see in my Library. 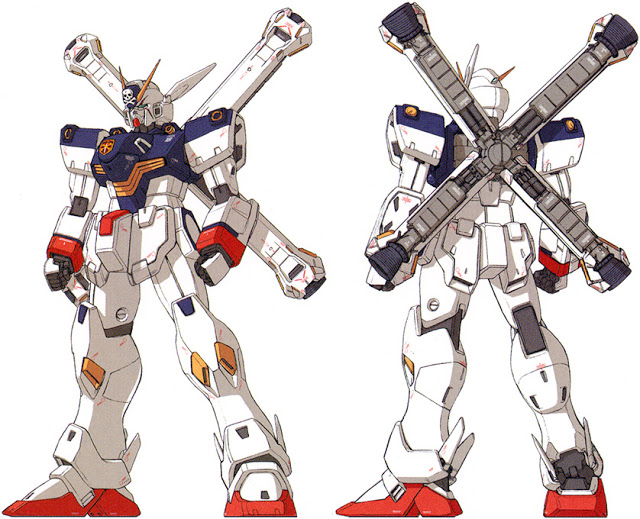 You can see that this one doesn't have heat daggers in lower legs ( I don't know if they are still deployable from feets but I assume not) instead there are thrusters , aditional antenae on the head, a liitle diffrent chest shape - not as round and the center of X verniers is diffrent ( I instead of - ) a little difrently shaped thrusters on the upper arms, Screw whips on the backsirt aren't present, but it still has Scissor Anchors on the front. also I can't see hardpoints for weapons on side skirst (they are present od diffrent drawings) but it's just may be Katoki laziness

Now there is also one ilustration I rely like made by Yanase Takayuki: 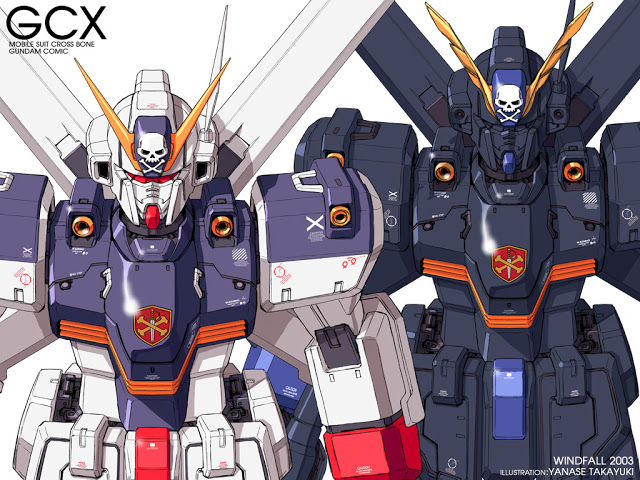 I like the color on X1 Chest and will try to copy those extra panel lines.

I'm still thinking of colour scheme but here are 2 ideas: 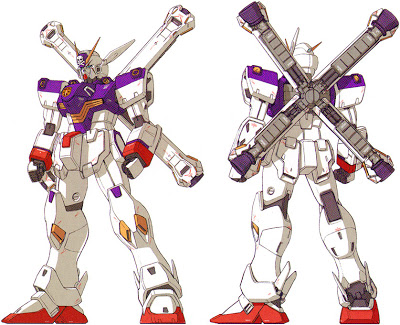 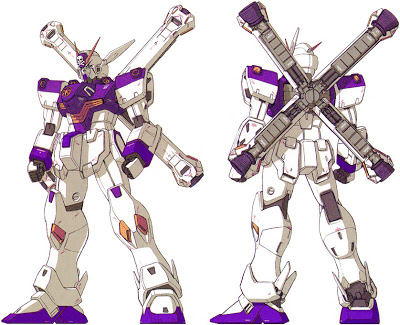 I'm leaning more towoards second one with 2 tones of white(not pictured) and the dark blue replacing the red even tough on monitor I'm working on right now (at work..) it looks like purple, or instead of blue using yellow/orange. We will see...

Now for the actual WIP:

Istarted from the legs:
Cutted white pices in to 3 segments along the panel line, for easier painting and modification, and added mesh to the underside of thrusters, and glued the side parts to the handle of heat dagger, I still need to somehow make the thrid thruster. 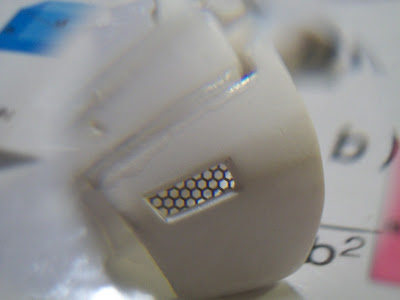 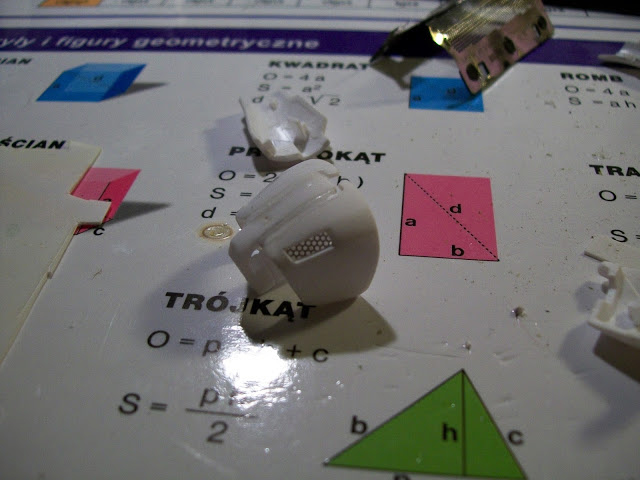 also did some work on the head - scratch builed antenae from 2mm styrene beam and Throne shoulder fin: 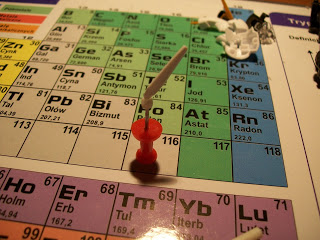 due to enexpected matters I have to take a break from modeling, don't know for how long...I will try to still be active in the forums guys

Aulon said:
due to enexpected matters I have to take a break from modeling, don't know for how long...I will try to still be active in the forums guys
Click to expand...

Hope all is well! We'll be here when you get back!

I am now getting back from such a break. Just come back when you can!!
A

Did some work on mr. Bone, inner frame is painted, holes filled, parts sanded, chest piece is giving me some troubles but I have evrything under control now. I'm thinking of adding more colours to the inner frame, on the other hand it won't be visible anyway... maybe...


I got asked a lot what kind of mesh did I use... here is the answer: electric razor. to be more precise an old broken Braun electric razor, so lesson learned - never throw things out

and now for the pictures 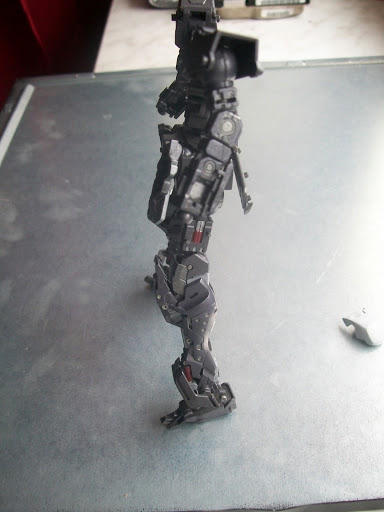 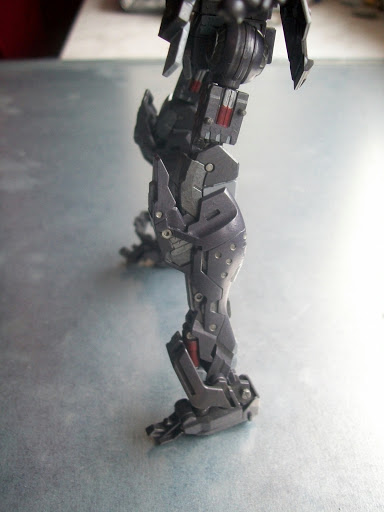 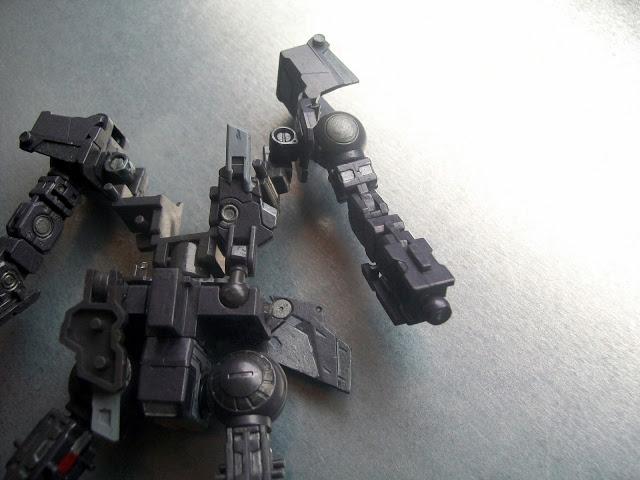 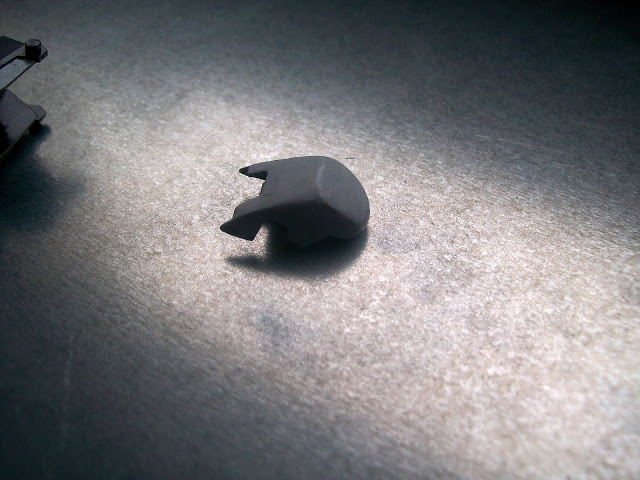 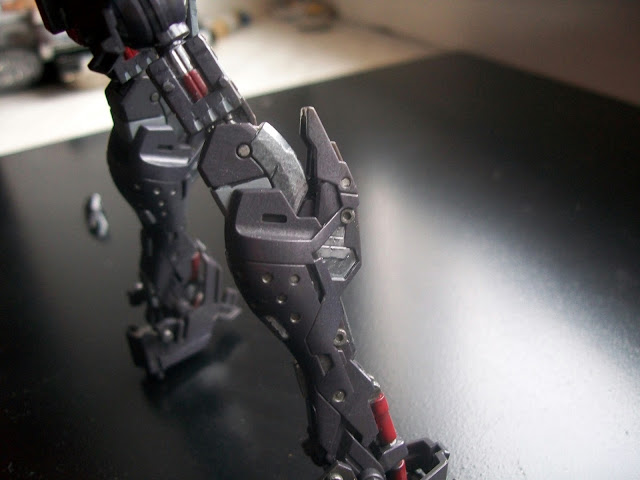 That will be all for now. Now what left is finishing chest mods, priming and painting - then on to the dio!

I have added a few Gundam's to my stash, so I will be following this build. Keep up the good work!!
A

just a liltle update after first coat of paint.
it is still to cold for me to paint with an airbrush so back to handpainting, and as many of you know handpainting white sucks, therefore I changed colour scheme a little.
For the violet i mixed Agama 05M Blue and 42M Dark Red, that's not the exact colour i was going for, this one is much darker and deeper but I think it will work well with greys 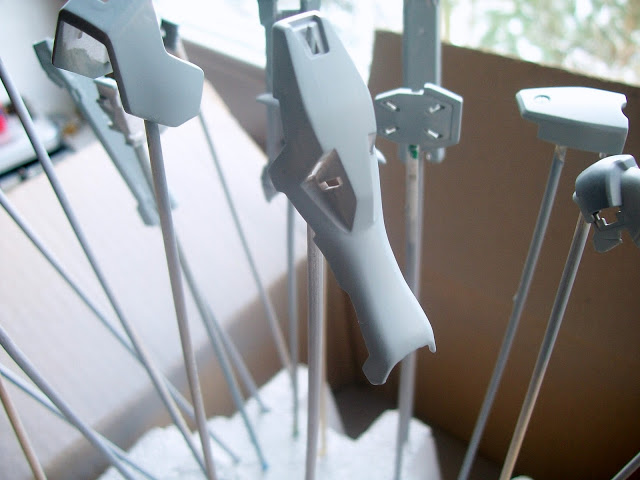 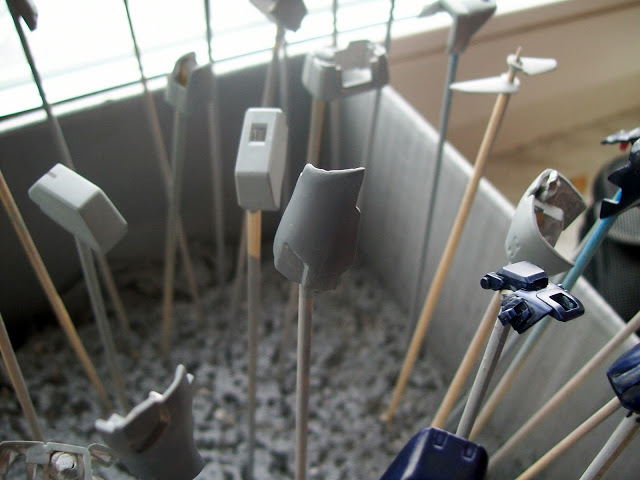 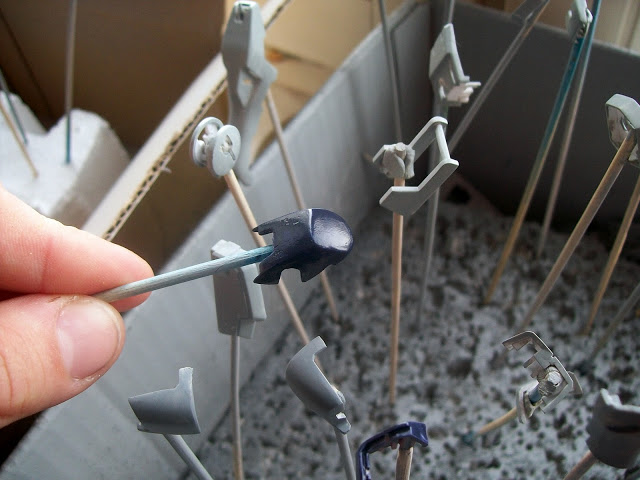 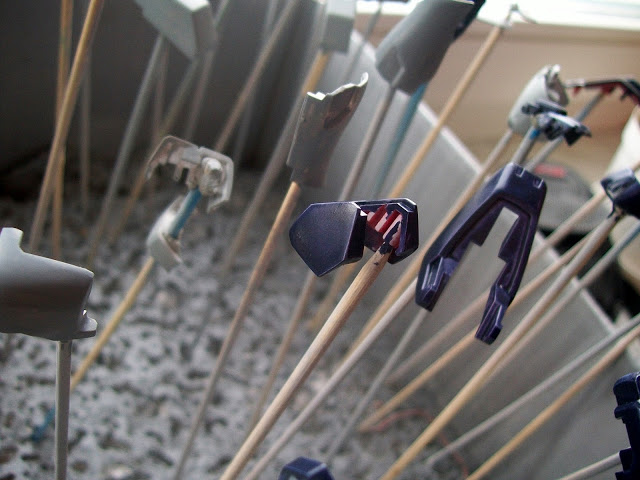 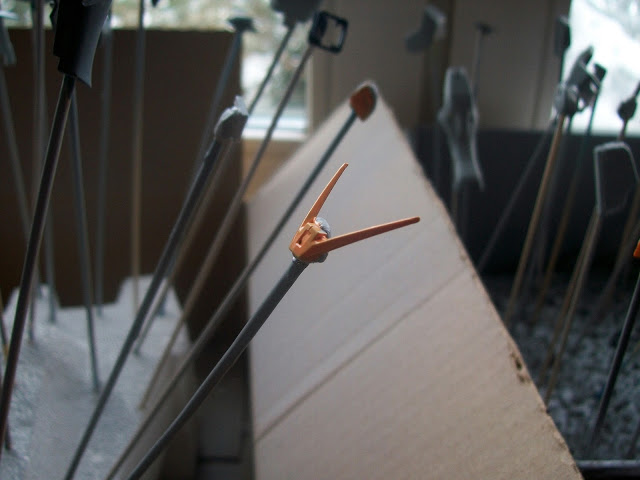 
Also used matX "deep metal" technique - flat coat over metalic paints - on the frame, I have to say results area suprisngly good and I love it, wasn't sure if it will work on Agama and Tamiya metalic paints. I'm definitly going to use that technique more often 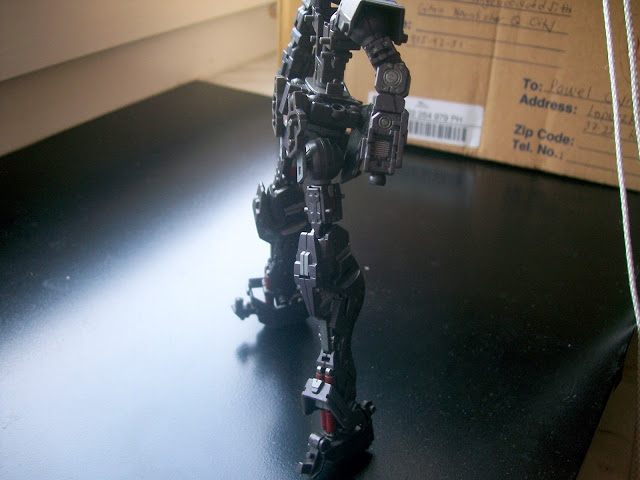 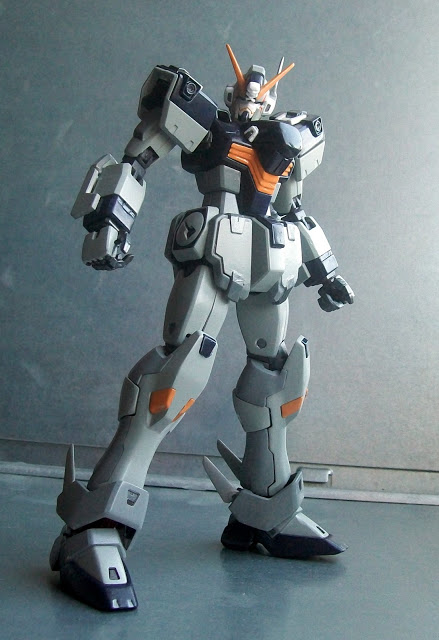 more at my blog

Got to peak into one of these Gundam kits this weekend.... wow Nice.
Great job...Can't wait to see more pictures.
A

thx guys! I realy appricate it ;]


another update, dio works and more 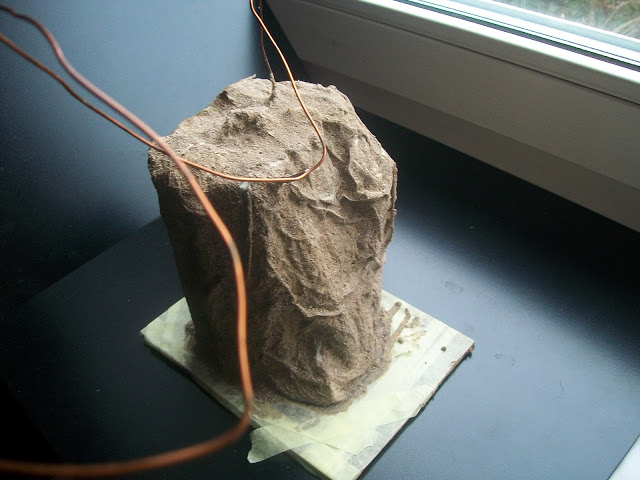 decaled, panel lined, and worked some on the dio: 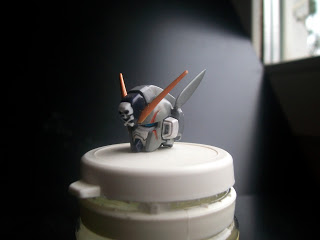