Description
This dio is set in France, the idea is that the Tiger and crew have met up at a captured French command post and while refuiling and stocking up on ammo are having some down time. There is a French armoured carrier that has been captured and re sprayed in german camo. The 'shack' has lots of goodies in it including fuel barrels, ammo, a pair of 'obtained' french guns and sleeping matts. Also the roof was made by using coffee stirrers. There is an incenerator keeping the guys warm (this was created by a 5mm flickering orange LED that is powered by 2 batteries hidden under the base). The guys on the tank are watching one of the crew (which has a pipe and tabacco tin in his hand) playing with the local dog, while the two other crew members are loading the Tiger with ammo (after market 2 part shells). There is also a small cat hiding in the bramble bush behind the shed on the old discarded oil drums. The is also a rusty old wheel to the side of the shack with grass growing through it. The tank has resin after market zimmerit, a turned ally barrel and photo etch grill covers. The base was created by Ak Interactive mud effects and plaster, general rail road flock, lots of pva and other flock and aves putty. All the weathering on the shed and tank was created using AK interactive products, vallejo model paints were used on the figures. This was my first propper dio and my second ever tank, I thoroughly enjoyed building it, I hope you like it. 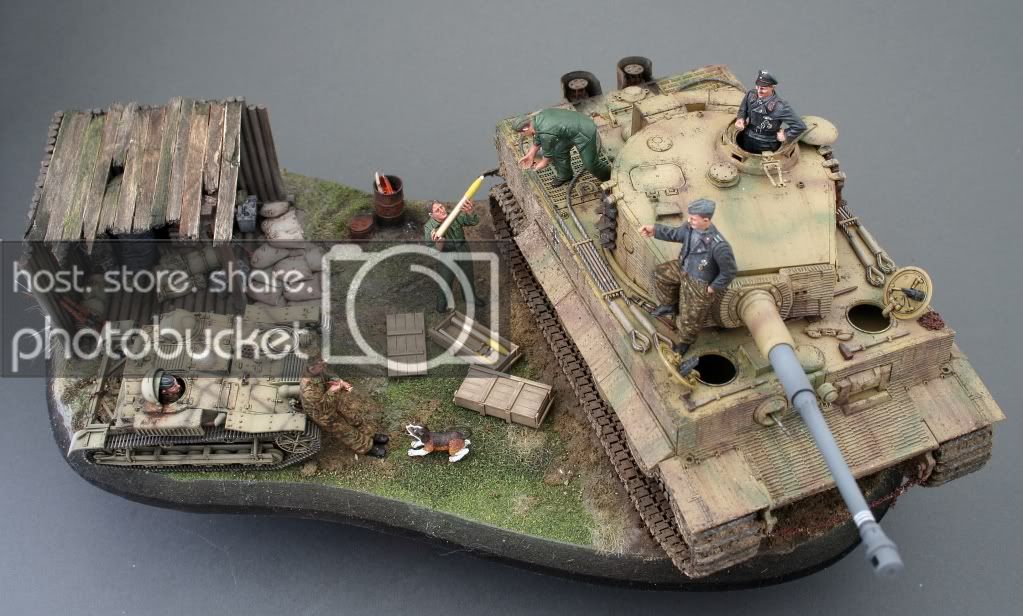 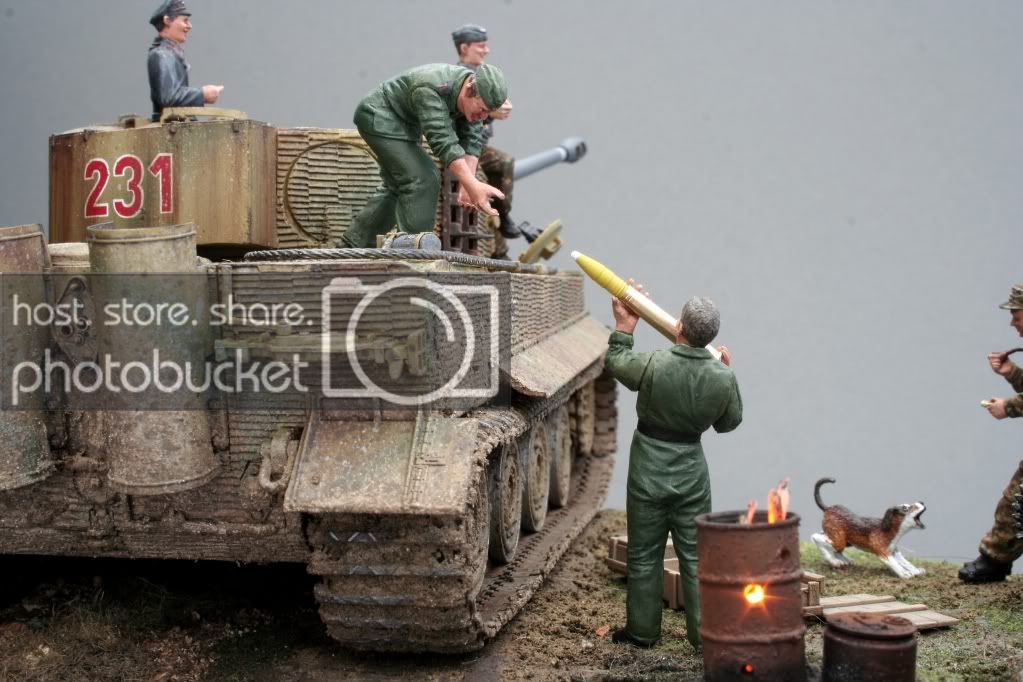 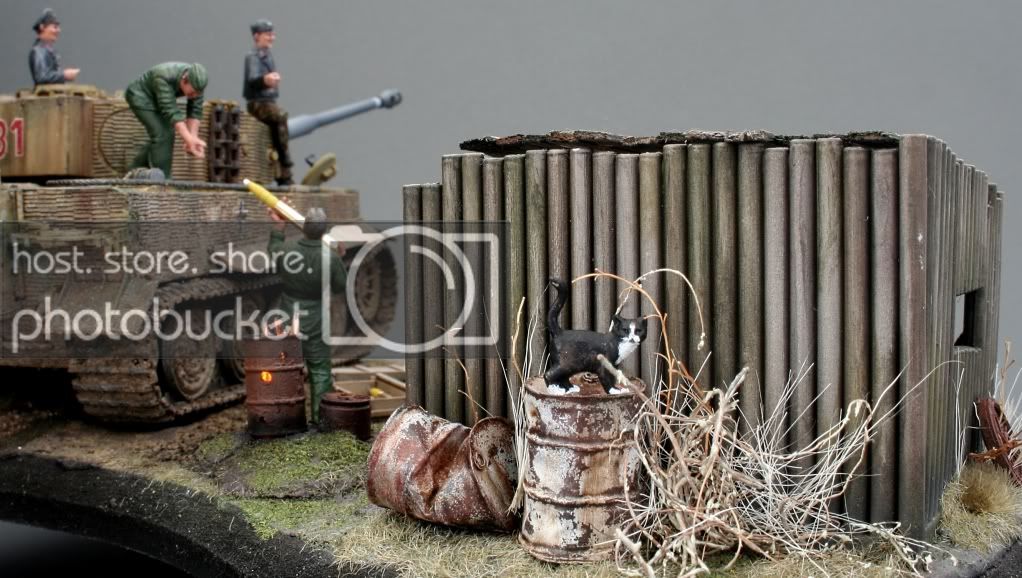 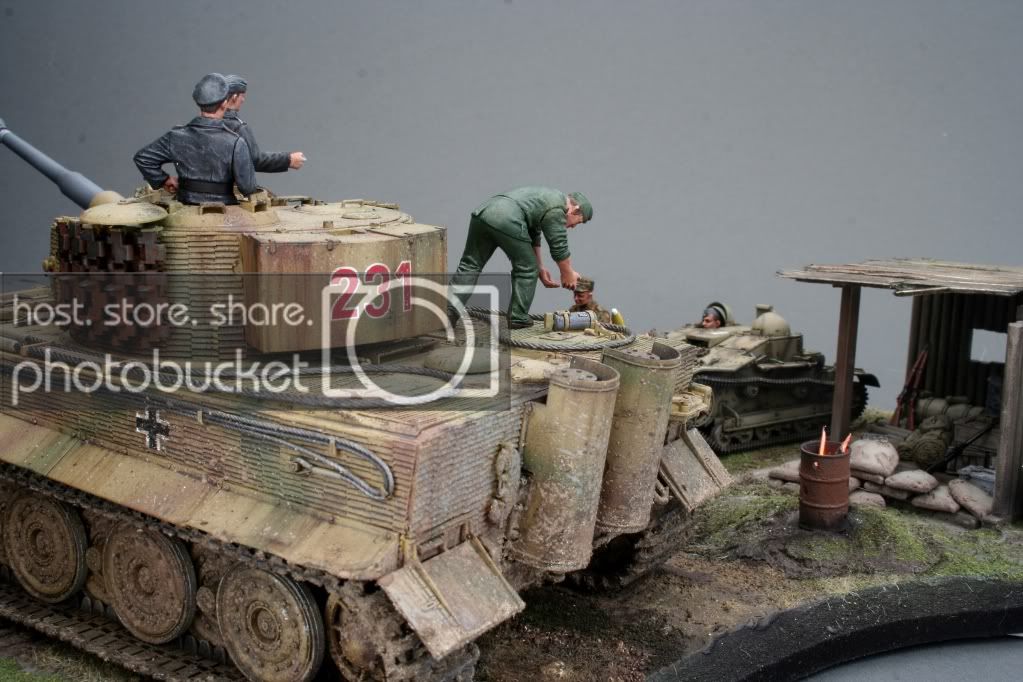 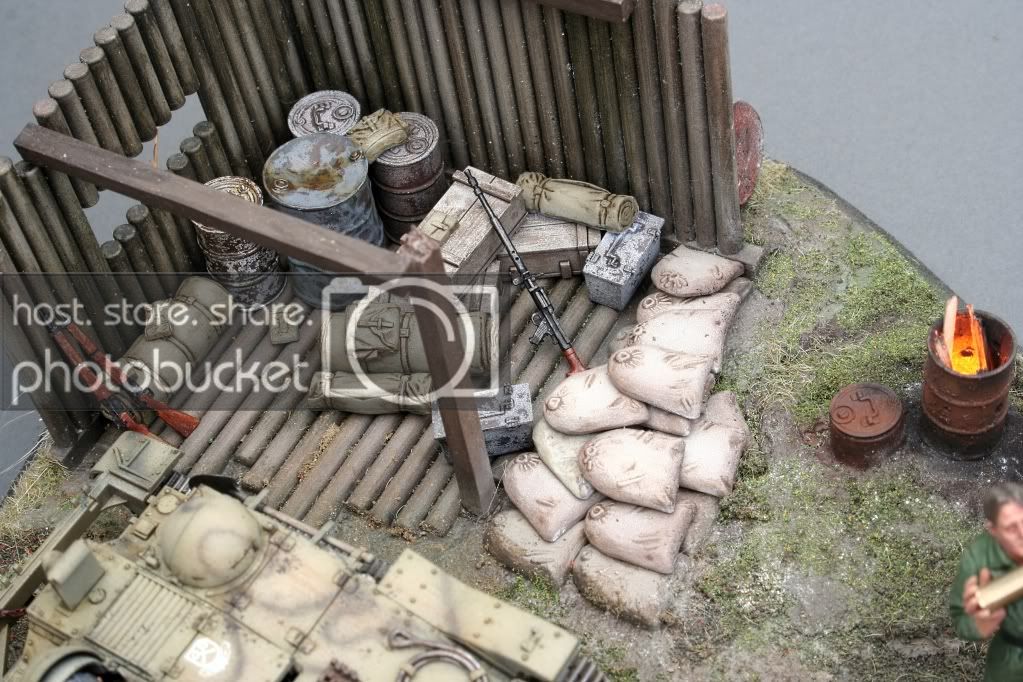 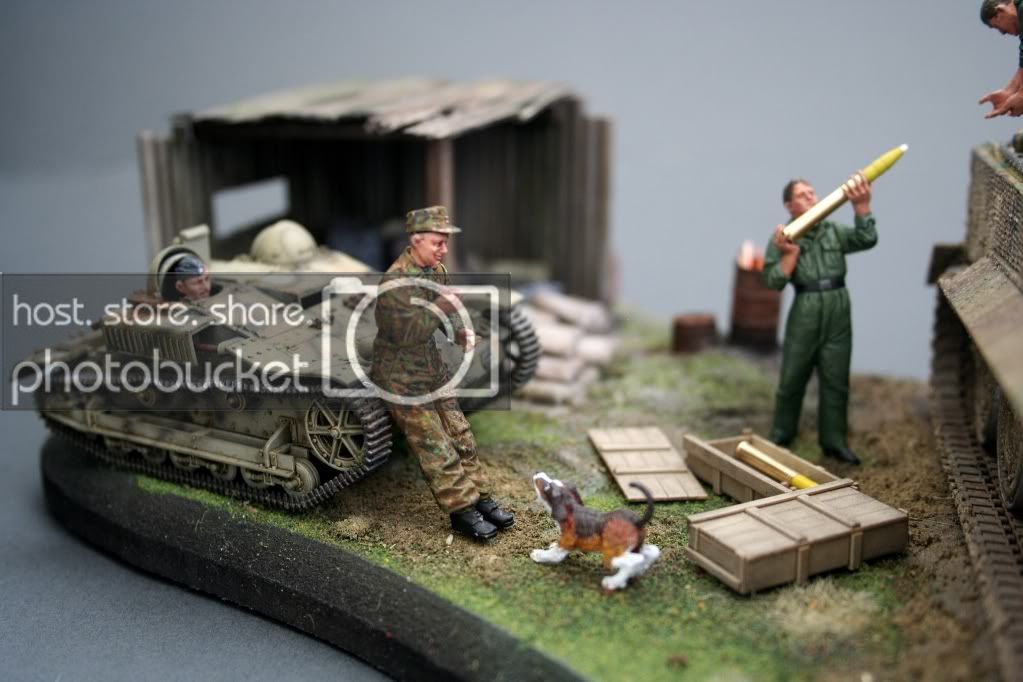