Newest project on, and off, the bench
Using the Bandai Han Solo Stormtrooper version and the Rogue One Shoretrooper kits on this
Now, instead of using the Han head for the Stormtrooper, I'm using it as kind of a 'what if' build and putting it on the Shoretrooper 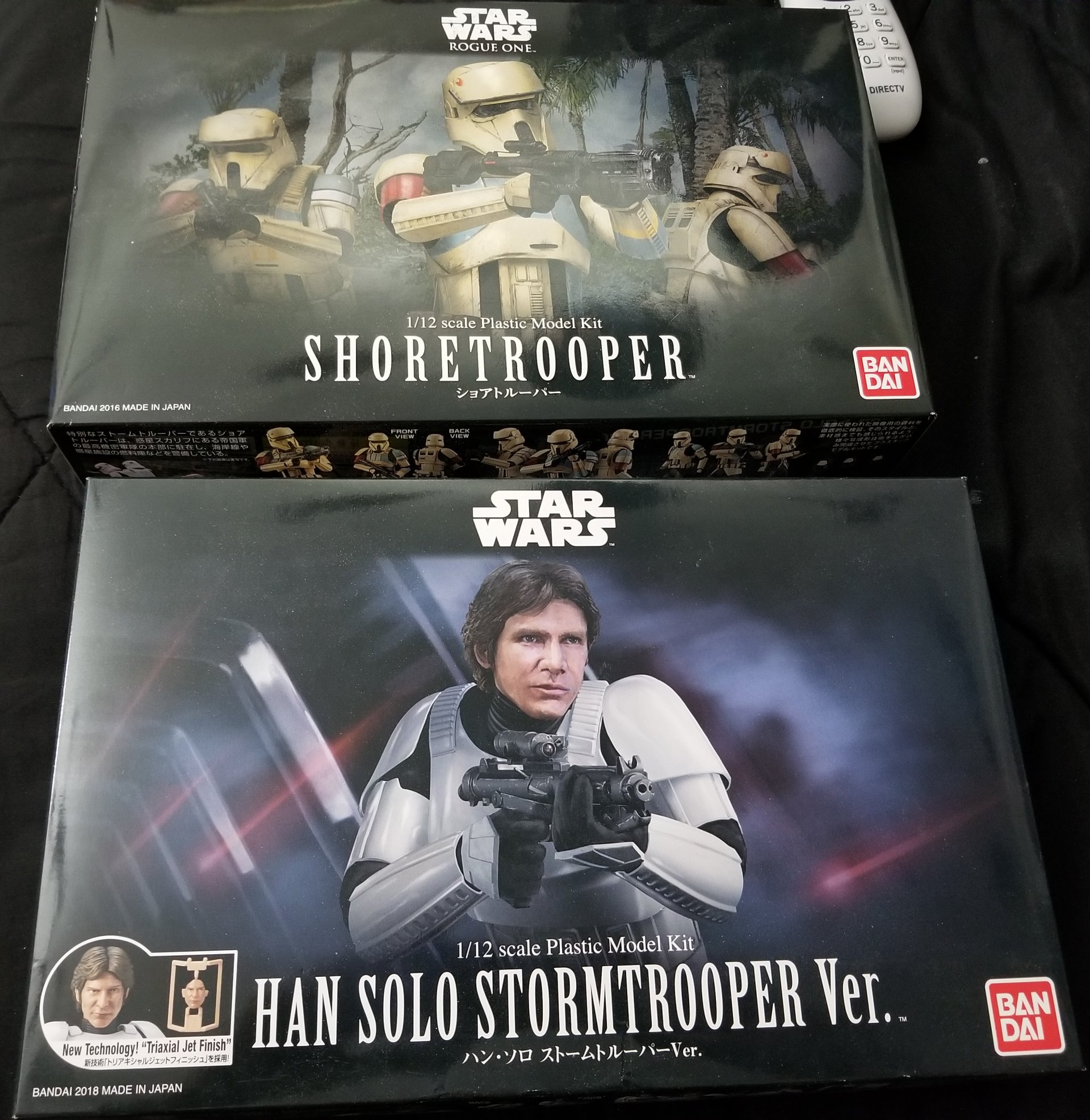 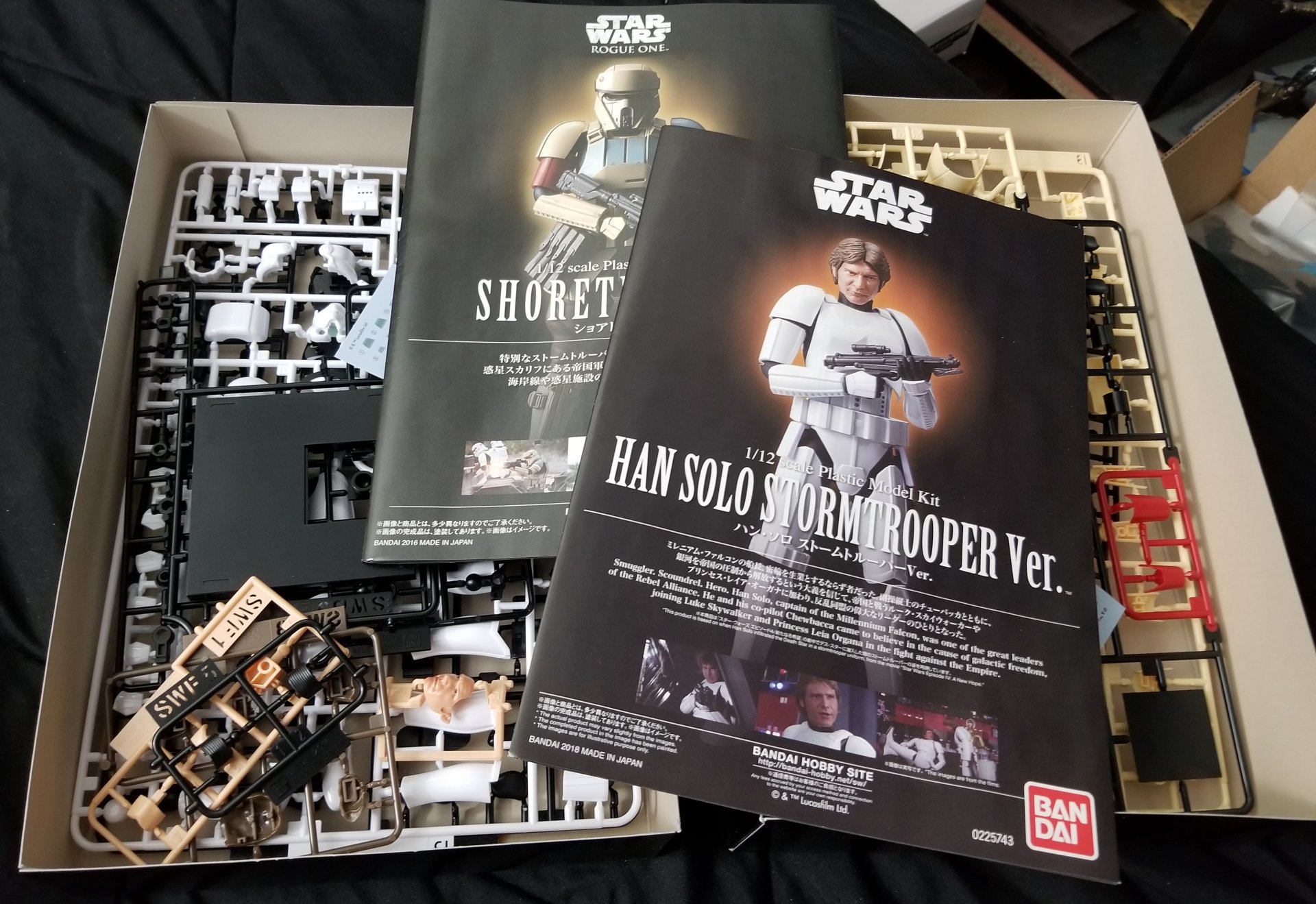 Heads built.
I've deliberately left the neck off the Shoretrooper head so that Han can be holding it as a helmet 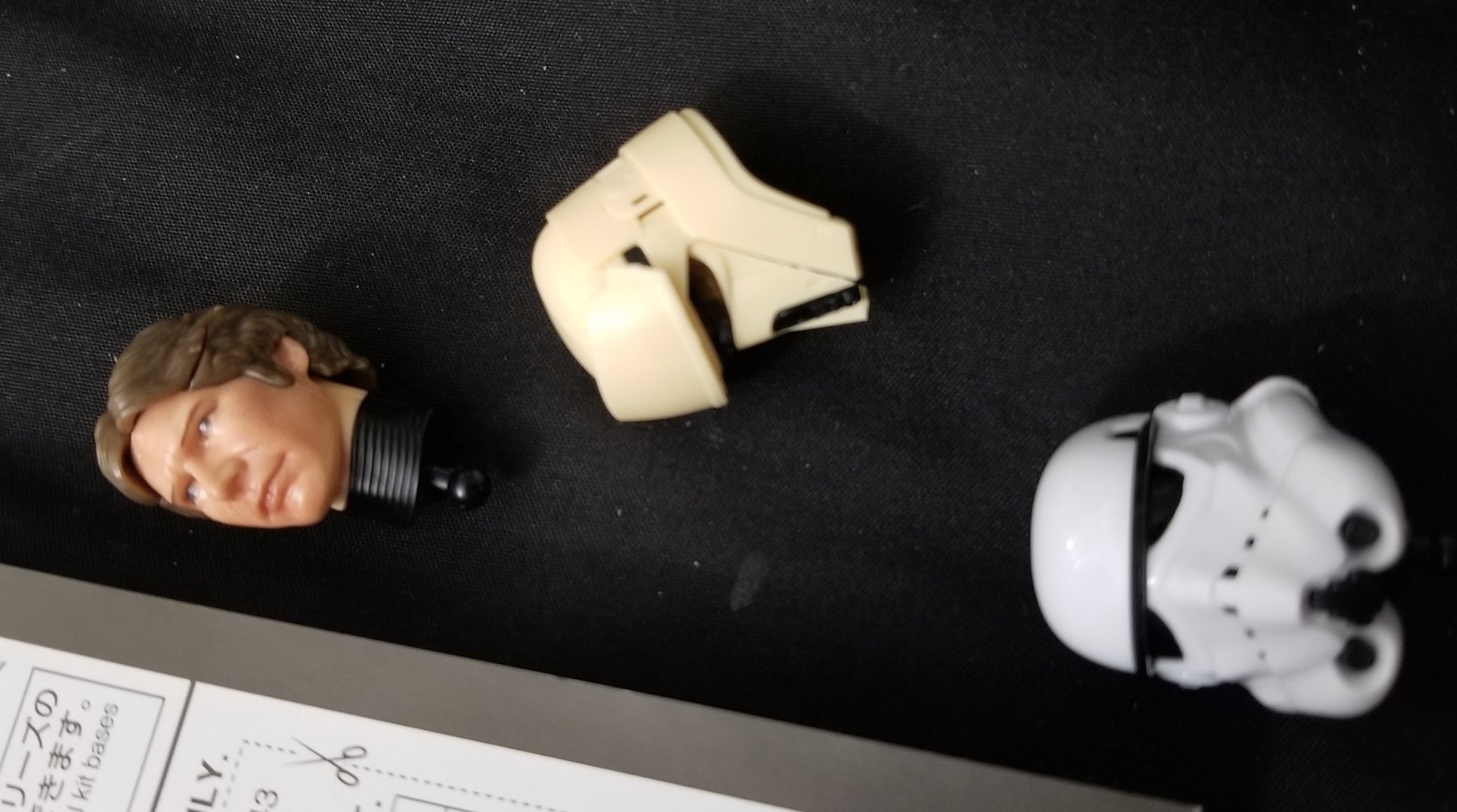 Upper bodies built.
Now, in something of an experiment, I'm using the stickers for the Shoretrooper instead of the waterslide decals.
They actually go down surprisingly well with a Qtip for a burnishing tool. 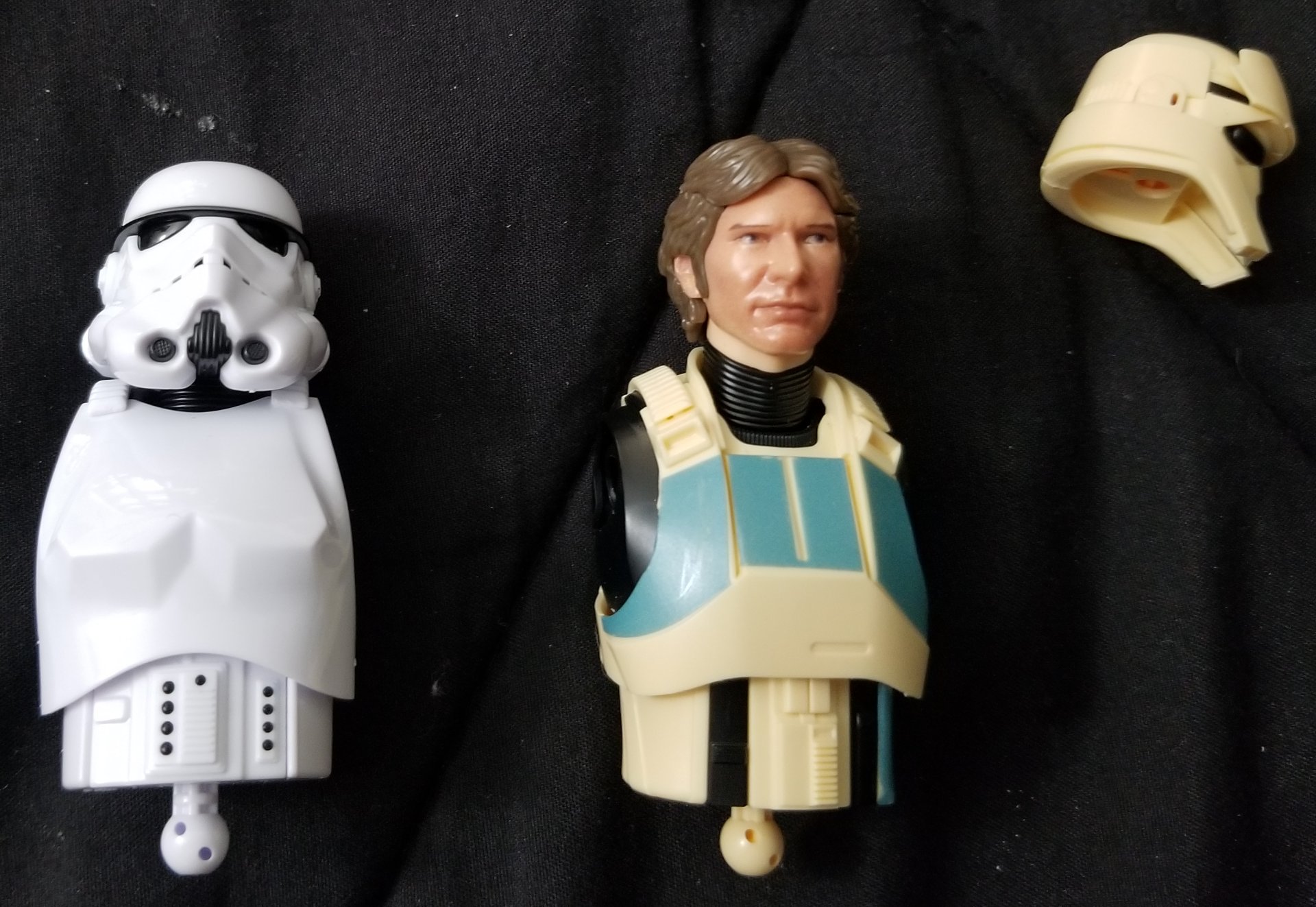 The legs and lower bodies came up next. 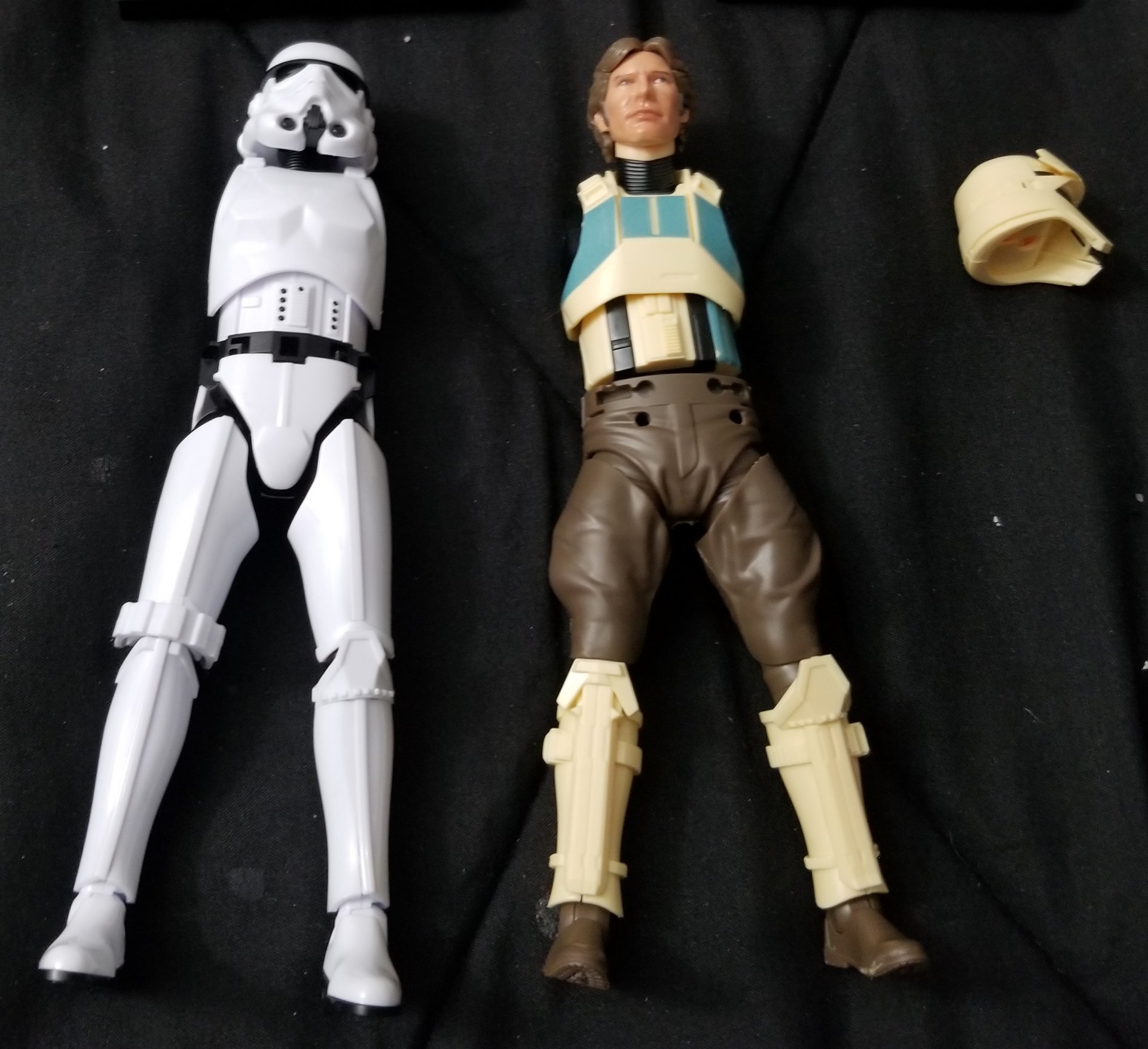 Assembled the arms and weapons, as well as putting on some final details.
On the Stormtrooper, I painted in the grey details and used a Gundam panel marker for the helmet vents.
I also chose not to use any kind of wash on the figure.
For 'Captain Solo,' I opted to use a black wash to bring out the details in the armor and then posed him with his helmet in his arm. 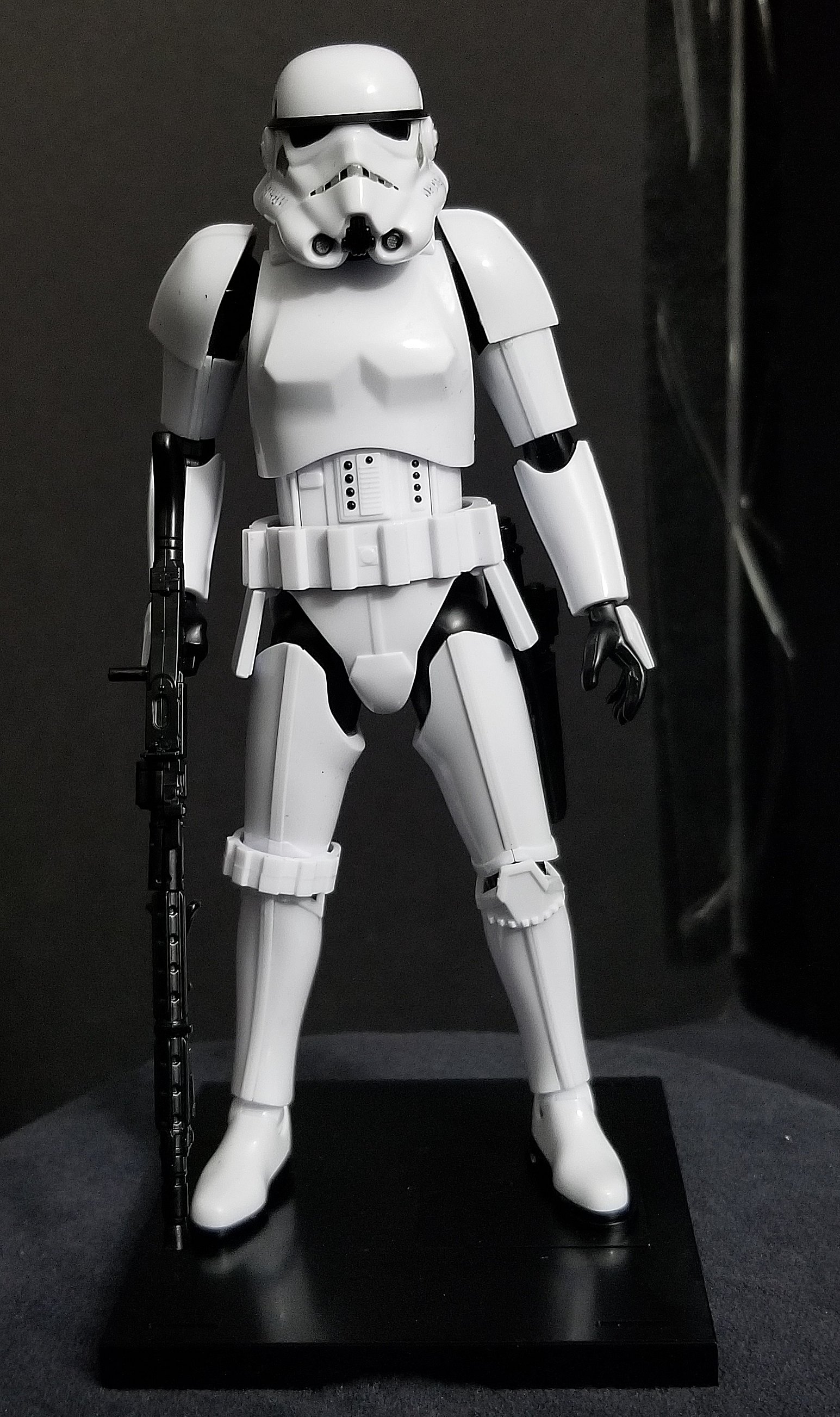 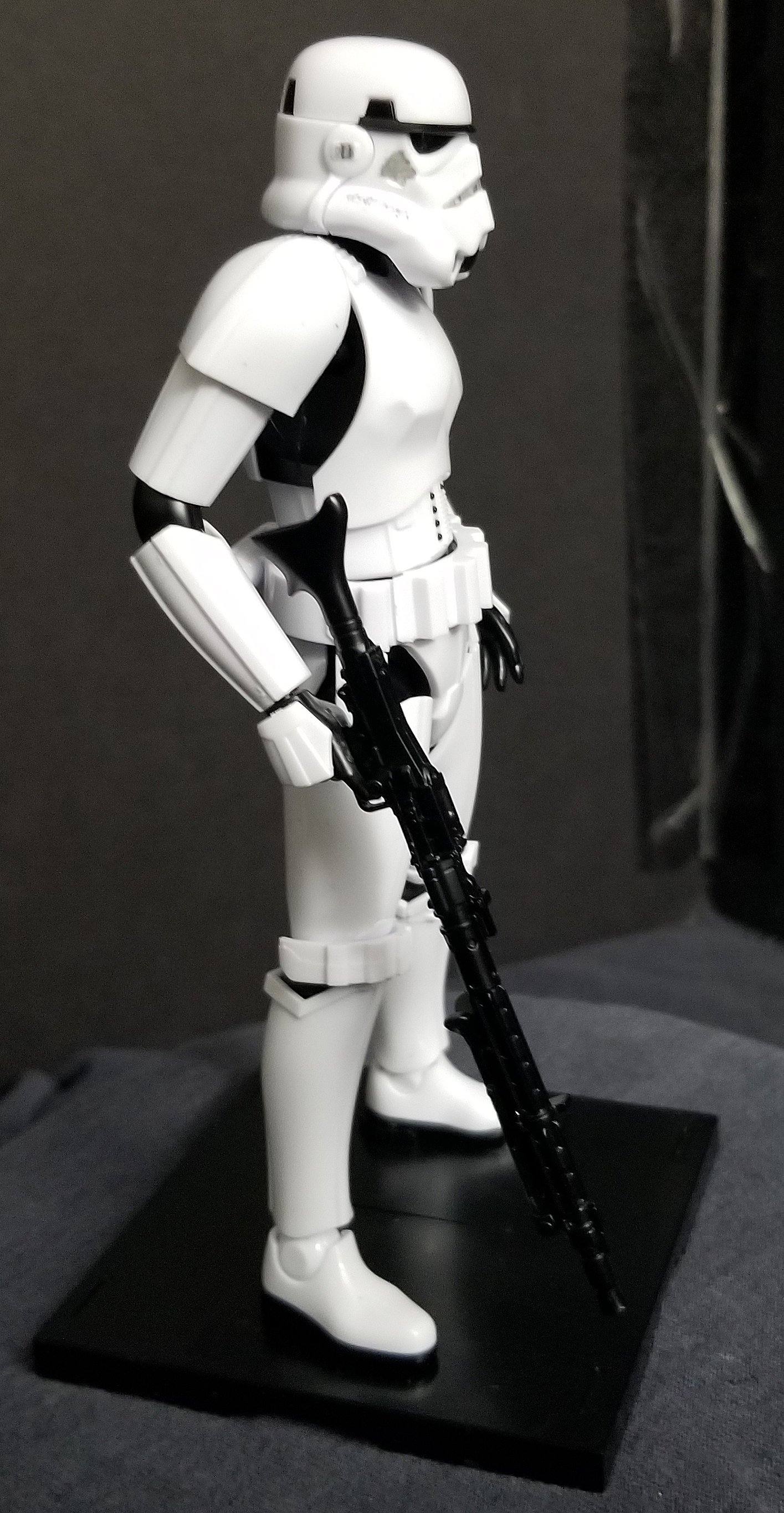 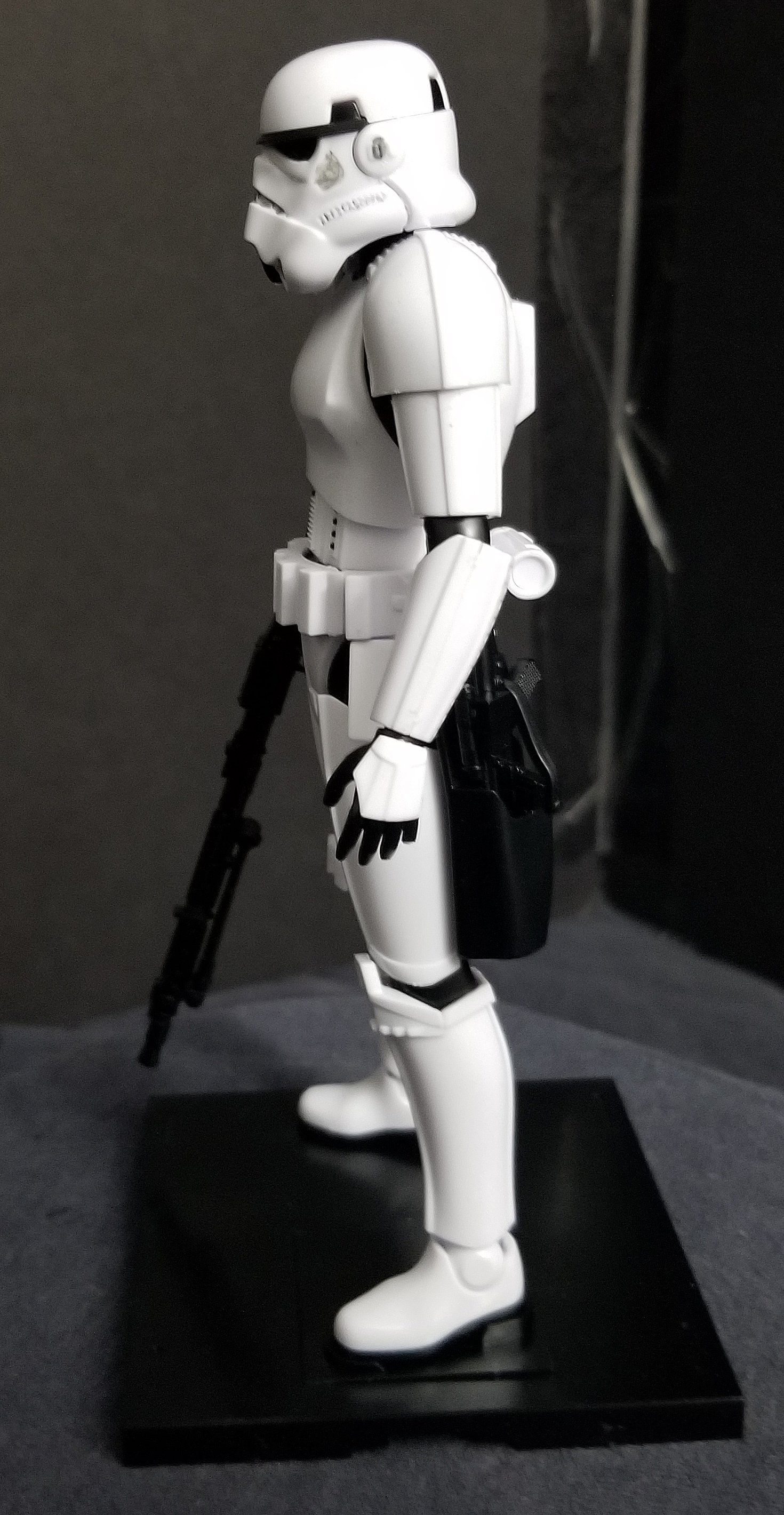 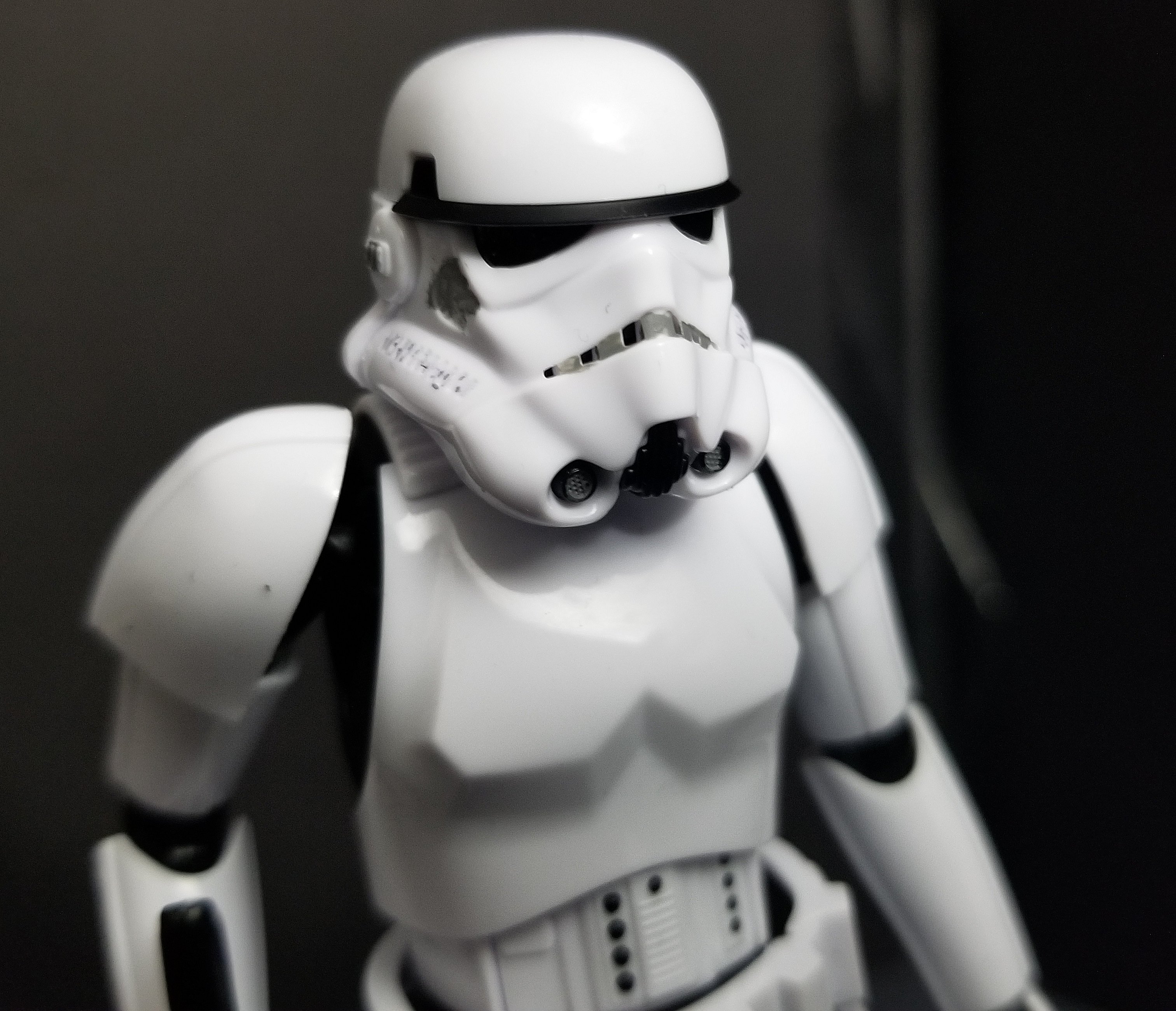 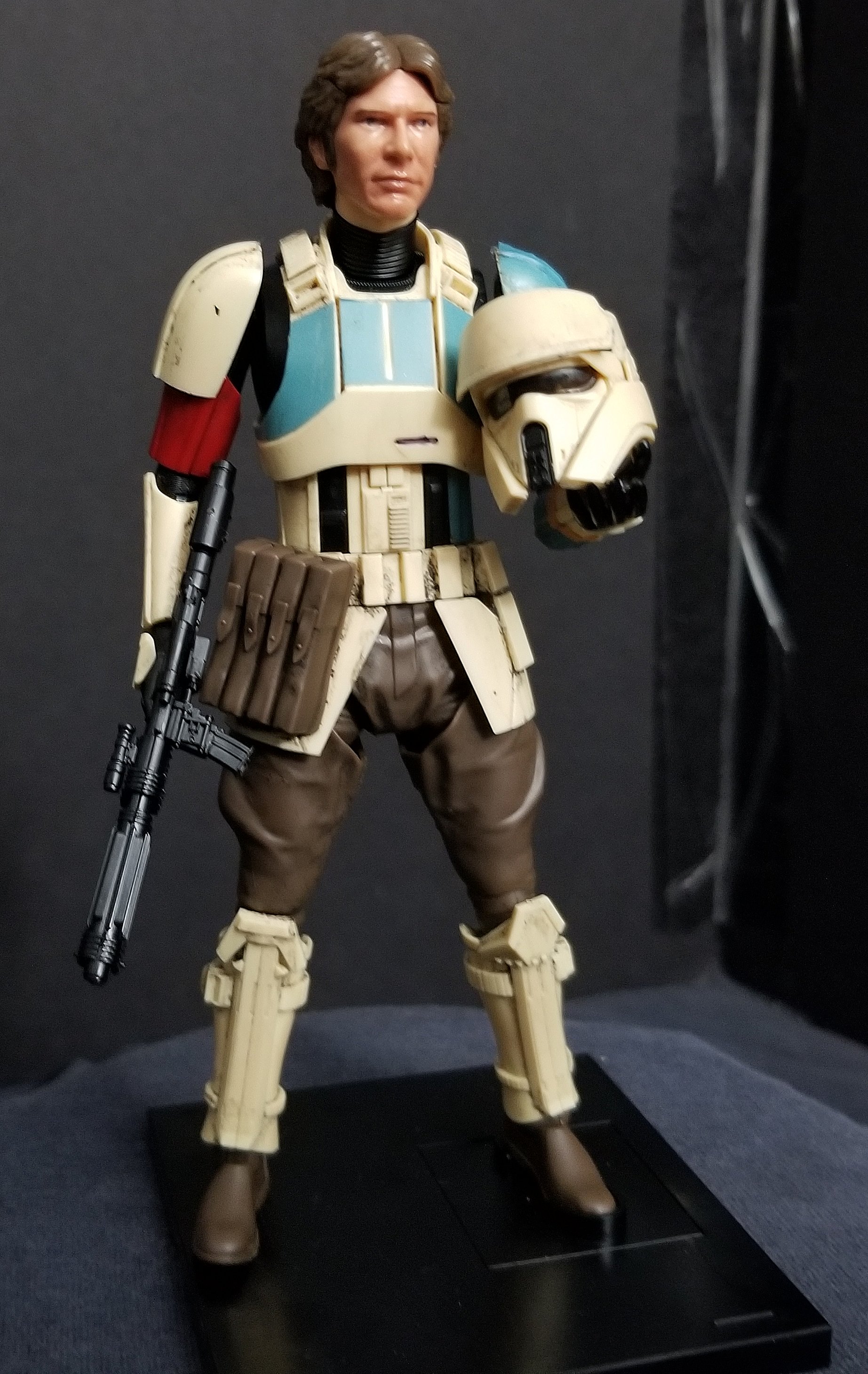 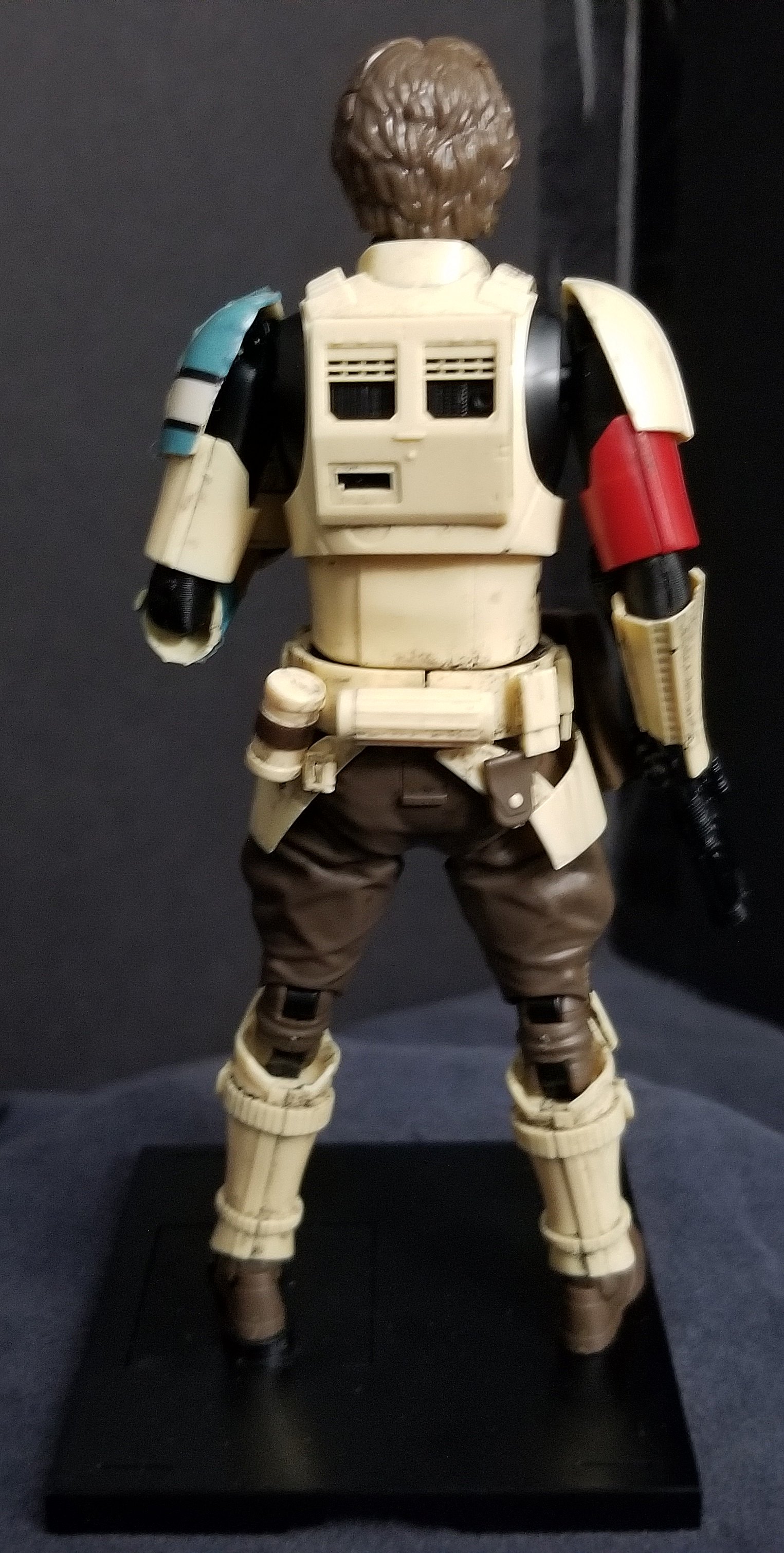 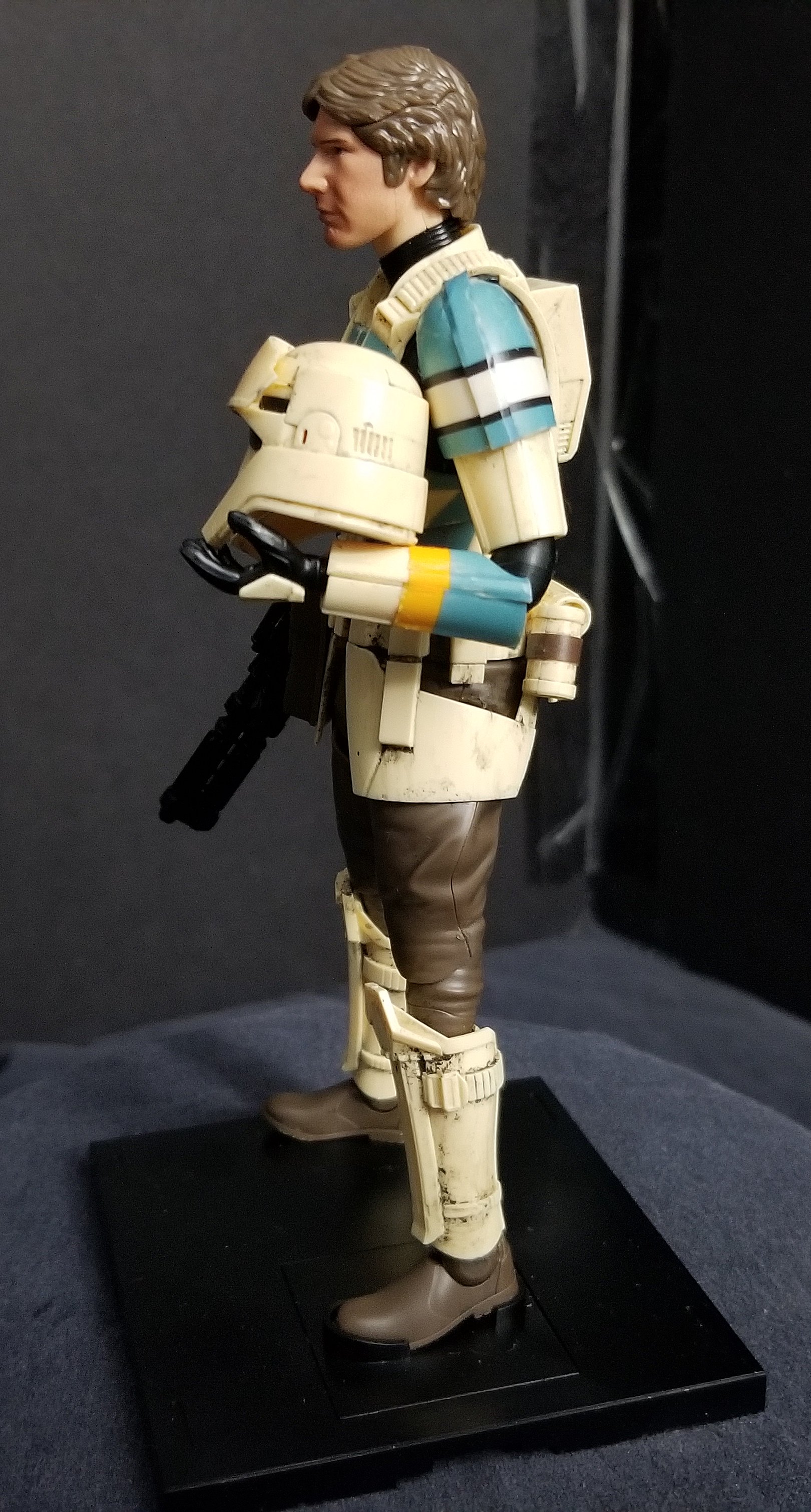 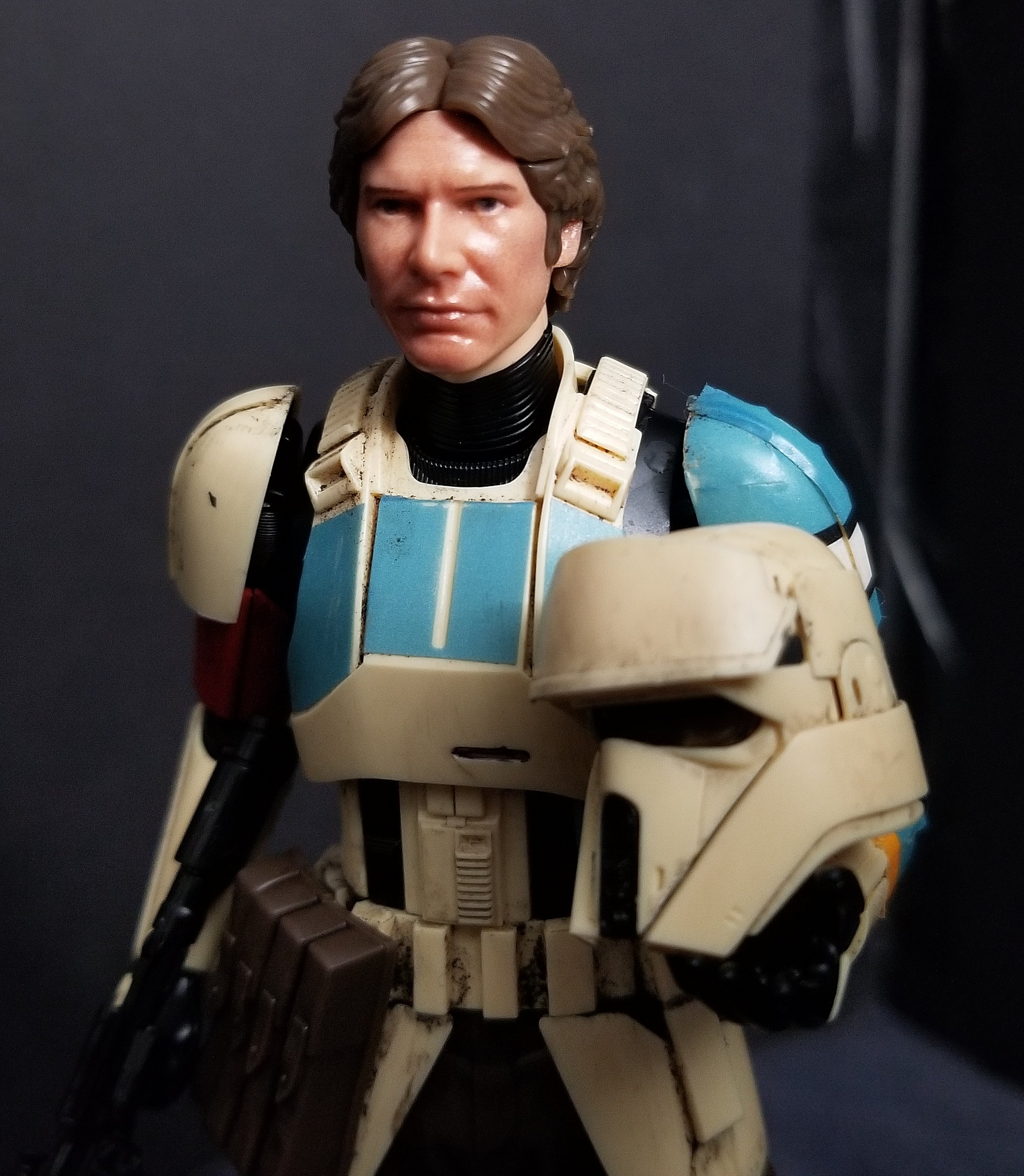 Nice Mash up with Han

Thanks, G.
Almost did him with Boba Fett, but changed my mind

this is a nice idea! This could have been a fact that happens once

Basically, I played from the idea of Han not being a total washout in the Imperial military