urumomo said:
Keeps getting better .
So cool
Click to expand...

Back into it after a brief distraction of real world studio recording adventures with my fellow band mates.

My original plan was to leave some of the back area of the pod bare to house my battery clip but that all change as I redid my wiring for the pod lighting because the normal gauge wire was just too bulky and was a pain to try and route due to it's springing nature that made it awkward to tuck out of the way.

I rewired a set of fairy lights that come with some 28 AWG magnetic copper wire which is perfect for bending and holding it's shape, I may go back and rewire the main cockpit fuselage with this wire as I think it's way easier to work with and besides, since I'm running my LED's from a DC source there's really no need for thick wire since we're only talking milliamps and not high powered mega watts of current.

Also decided that three LED's were plenty to light the pod interior rather than six (two rows of three), I wired three SMD's for the fiber optic filament as I didn't want all the strands (ten in total) to be dependant on just one source as each bunch which consisted of 4x 4x 2x strands were targeted for a specific area.

Dry fitted the new lighting which is way more tidier than the recent rats nest. 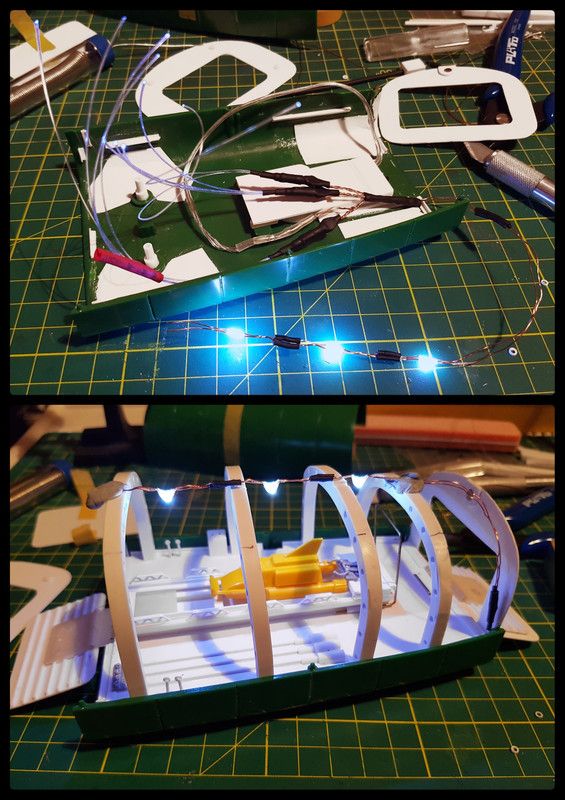 As you can see I made a few adjustments to the pod by adding some structural beams as these would also act as support for my lighting, they presented a bit of a challenge to curve to the shape and correct size of the pod interior, they aren't perfect but they serve their purpose, I also drilled random holes in them just for added detail.

For the battery clip, I used the space under the floor for the compartment but then realising in doing that, the whole rear bulkhead had to be removable if I wanted to access the clip to change batteries or even turn the lights on and off. I applied the neodymium magnets trick for the rear bulkhead and the rear doors outer plate.

I'm at the moment trying to source some thin rubber seal to light block around the edge of the bulkhead, I was thinking of using some of the softer foam kind that conforms easily. 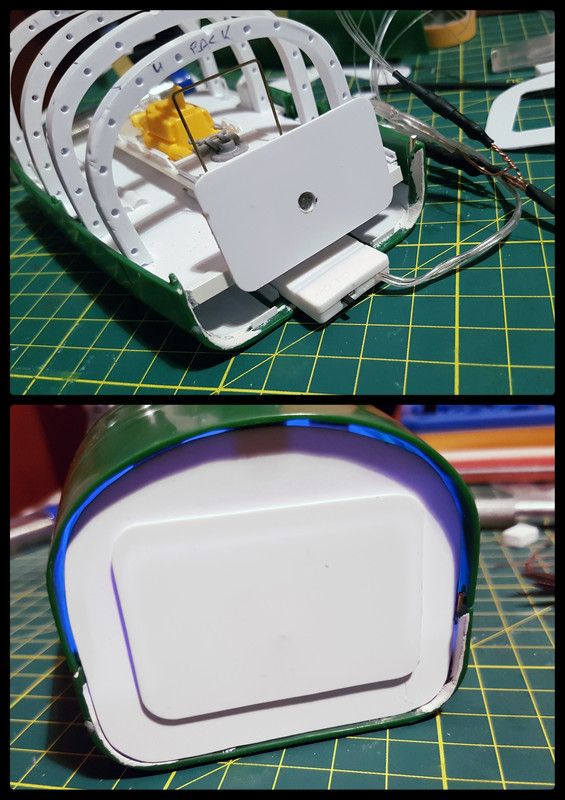 Another light test as I've been doing a bunch of them after every step just to make sure everything still works, all seems well. 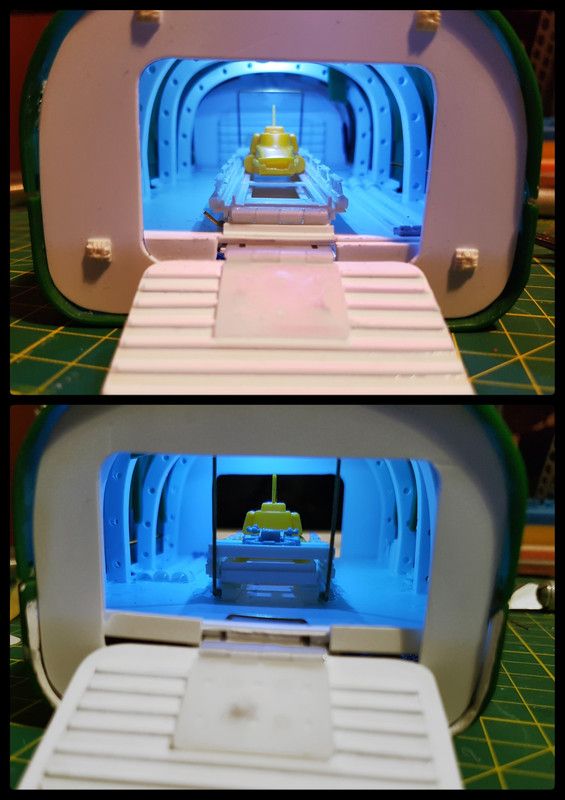 Now that the bulk of the work is done on the pod I'm left with adding some greeblie detailing here and there to fill space, one final lighting test and finally paint the interior then seal the top and lower sections together.

This is really fun to watch this project materialize. Realy cool work here!

Excuse the lack of updates, been getting back into work mode plus weather sux for painting although I managed to sneak a session in today but it was short lived.

Not much moving forward really, just been trying to tidy up work and add details, laid a vallejo black primer and a base coat of tamiya neutral grey over much of the interior sections, tested for any light leaks through the plastic and pretty much just getting things prepped for when I seal the upper and lower sections together on both the main fuselage and the pod. 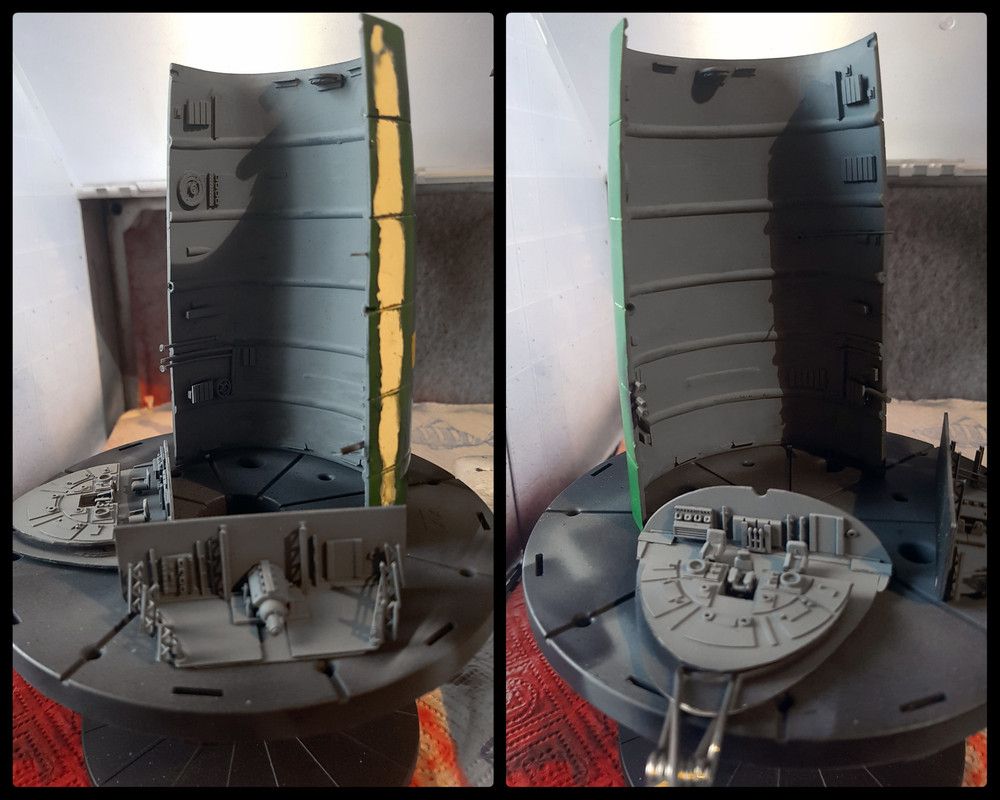 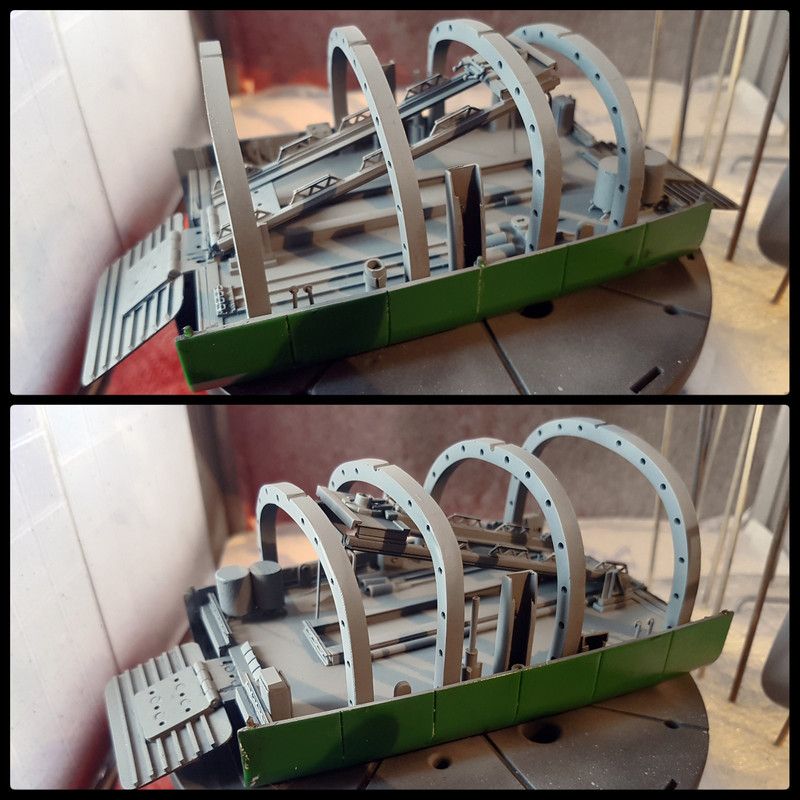 Painted the rear boosters three times as I wasn't happy with the red colors I chose and the way they looked over my black primer, boxcar red was too dark, firey red was also too drab so after I stripped down the boosters (messy work) and re-primed I eventually decided on vallejo flat red applying six thin coats which actually turned out pretty good... also painted the four lower spot lights? well I think they are as one of my photo's shows them as lights, I thought they were vertical boosters, oh well... I'll ruin everything when I hand paint the rest of the details as masking would be a huge mission LOL. 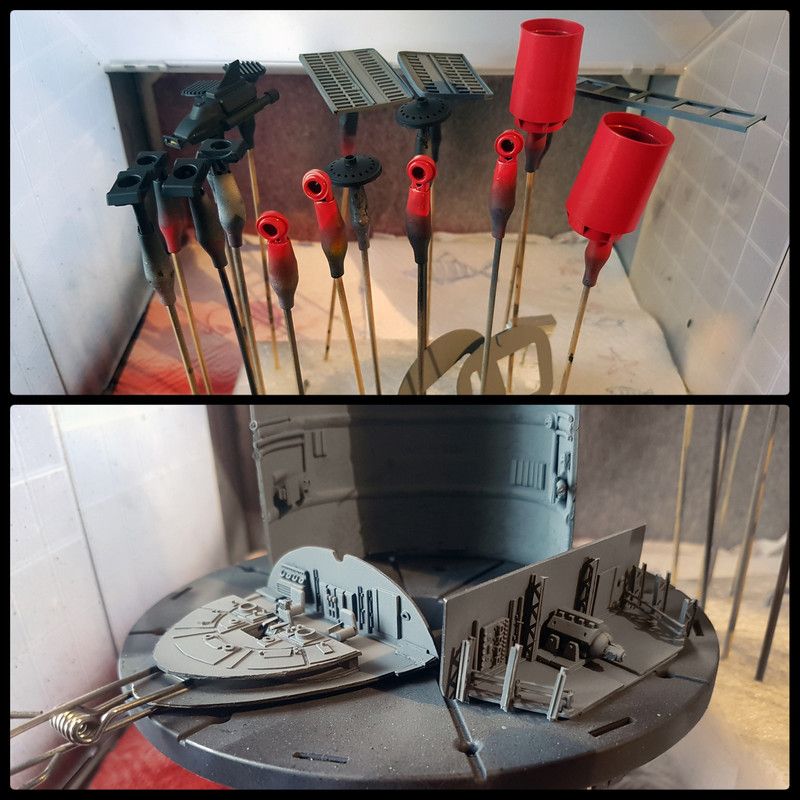 I like how the grey makes the raised details pop.

Painted the cockpit and pod sections, didn't follow the colors of the studio model as I just winged it, my wonky paint skills came out better than I expected LOL, also installed the fiber optics but kind of messed up as I trimmed the ends a little short, oh well, at least I can see the effect in person as the end glow doesn't capture as well on camera, sux how the photo's make the grey color seem blueish.

Painted TB4, I'm not going to detail it as it's only a space filler. 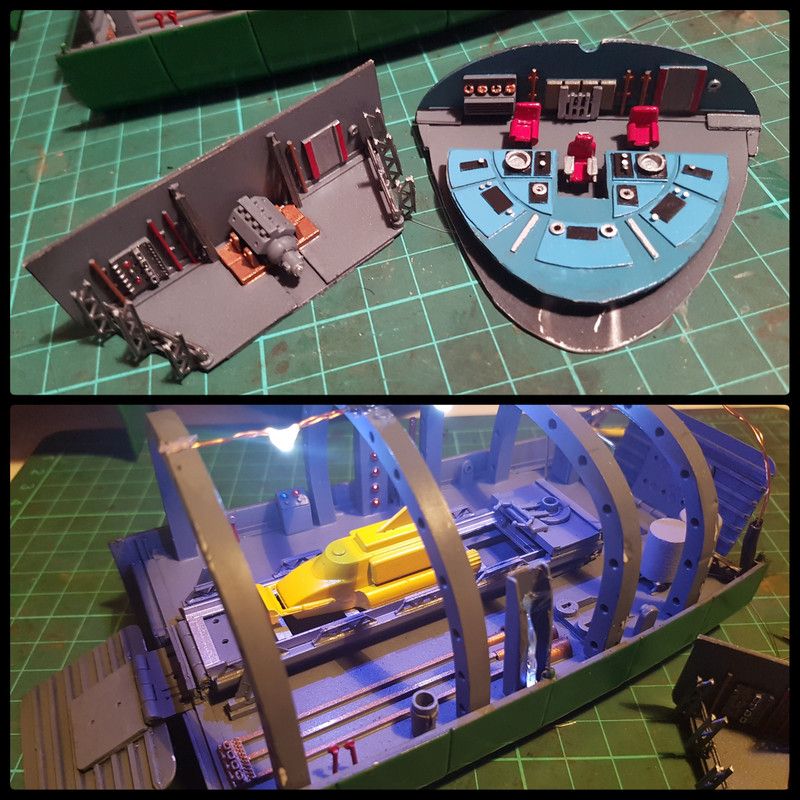 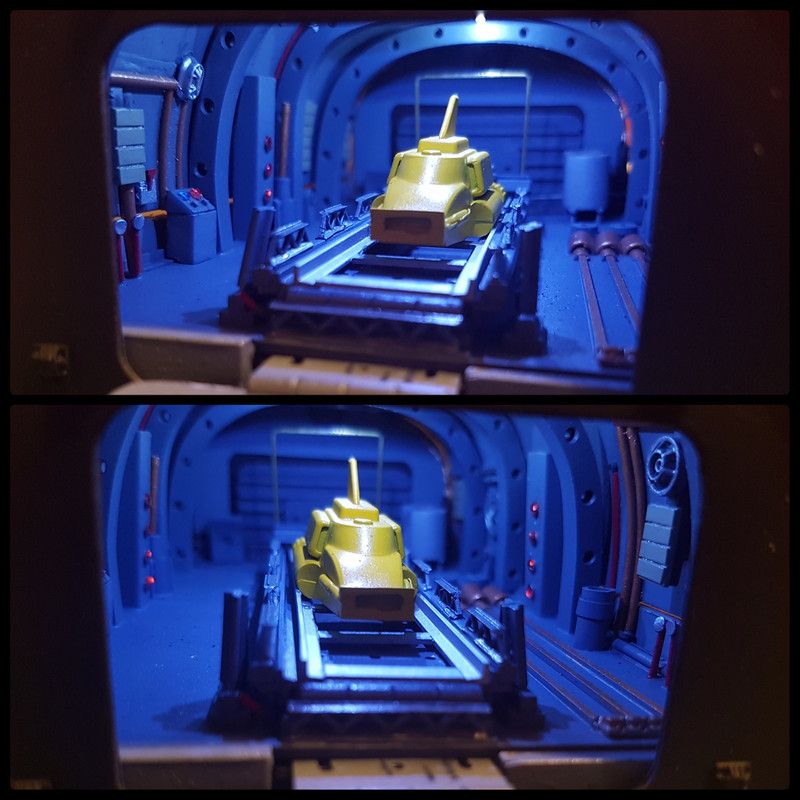 Squeezing this in between rehearsals and family so updates have been a little slow lately but thanks all for popping in and looking.