Well, it's the old Frog kit, really. I didn't know that at the time, but when I learned that Academy reboxed that old kit, it explained a lot.

I got this as the "get one" in a "buy one-get one free" sale at my local HobbyTown. The kit I bought was the Tom Daniel Red Baron hot rod from Monogram. The Academy P-40 was the same or less than the hot rod, so it was eligible. I like P-40s, and I like the Flying Tigers, so I picked it up. That was nearly 10 years ago.

Fast-forward to 2017. I belong to a local club that meets every other Wednesday, so I pulled this out of the stash, intending to finish it between meetings. We know how that goes, right? Actually, it went together relatively quickly, though I grew disappointed with the relatively primitive details. The fairings on the nose guns were square in cross-section! I've said elsewhere that I'm not a rivet counter, but I do like a little more authentic detail than Frog provided in this kit. But as it turned out, when I finished it, I was unsatisfied with the results. Since the kit is available, cheap, I picked up a second one and finished that one, too, trying to improve on what I did with the first one. So I ended up with two 1/72 P-40Bs: 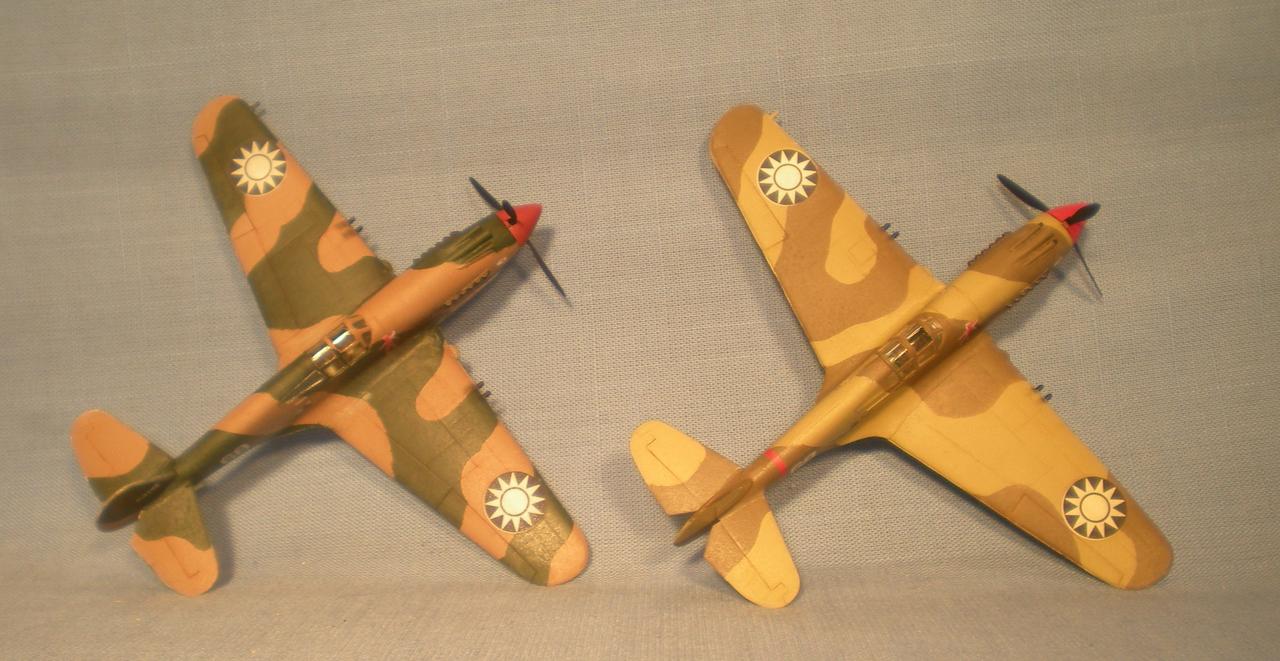 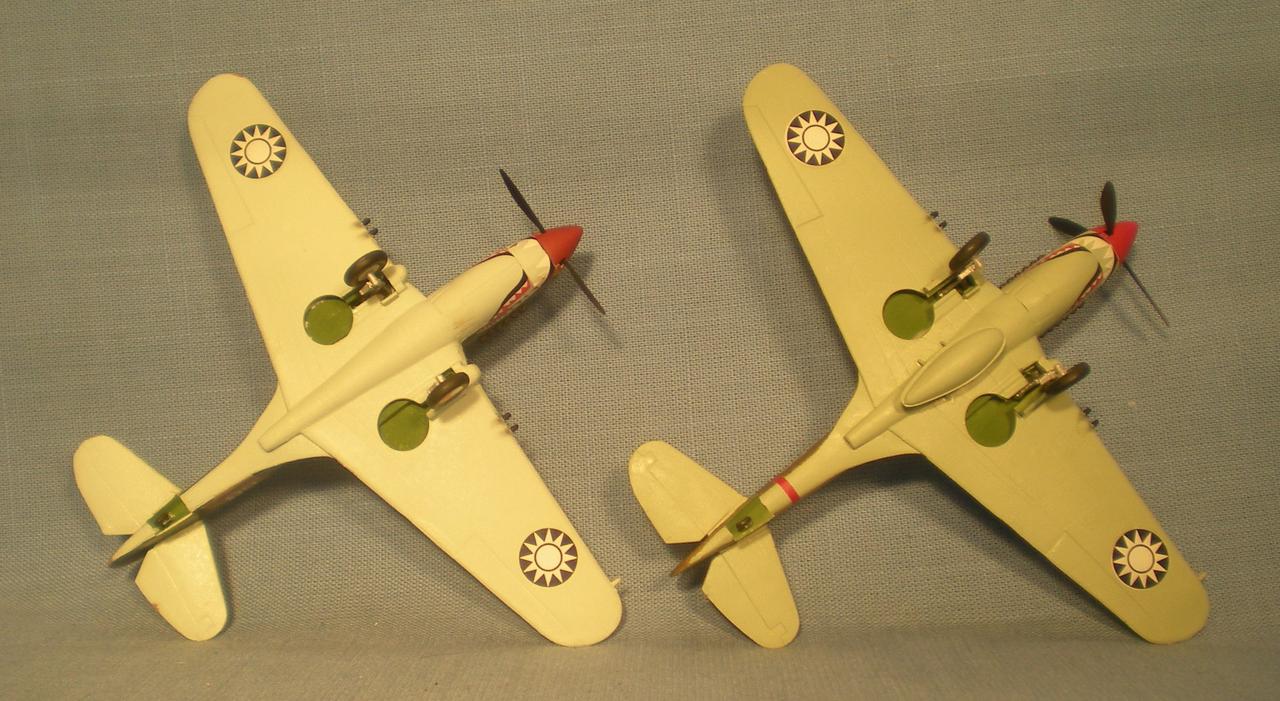 The one on the right in each photo is the second one.

Yes, the decals were pretty bad. You can see the national roundels and the tricolors on the wheel hub covers are badly out of register. The shark mouth needed cutting to get it to conform to the contours of the nose, too. And lots of setting solution.

In the end, though, I had fun building it, tackling the little issues. I scratched the fairings for the nose guns on the first one, because I lost one of the kit parts when I tried to round it over. I used a piece of sprue, sliced at an angle, to give me the fairing shape. On the second kit, I managed to sand them to shape without losing them.

Comments/criticisms are welcome, and thanks for looking!

On the real aircraft, the fairings are curved in cross-section, almost a parabolic curve, largest at the front, where the blast tubes protrude, tapering to the trailing edge. Frog molded the parts as square in cross-section. When you looked at them head-on, you saw a square. I don't have any other pics, unfortunately. 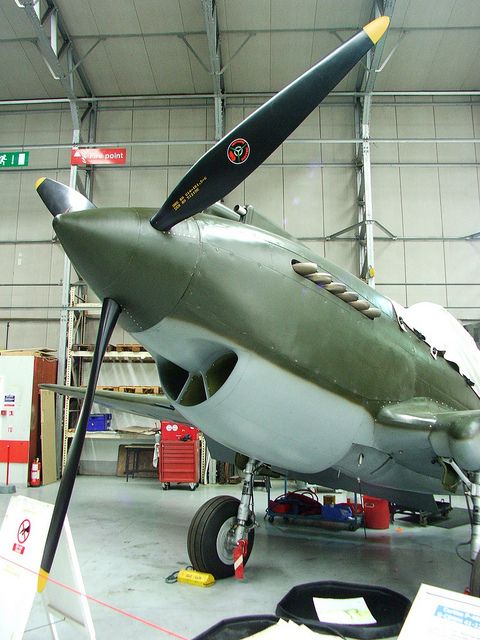 Right. Notice how the fairings are rounded on top? On the Frog/Academy kit, those sides form right-angled edges with the top of the fairings, forming a flat top, and a square profile. That's what I mean. I had to round them over.

Uber nice job Deiner!! I have always loved this plane.
It's so crazy how the guns work on that aircraft, right!?
To depend on the timing chain to keep you from
shooting your own prop off!! Kinda scary!!!!
David S.
You must log in or register to reply here.
Share:
Reddit Pinterest Tumblr WhatsApp Email Link