It's time for a new build for the cold northern winter. After completing my Avro Vulcan I swore I'd pick up a newer kit, something quick, clean and nice. I'm sad to say I have once again succumbed to the temptations of an old cheap kit. It's time to build the Vulcan's predecessor; The Handley Page Victor! 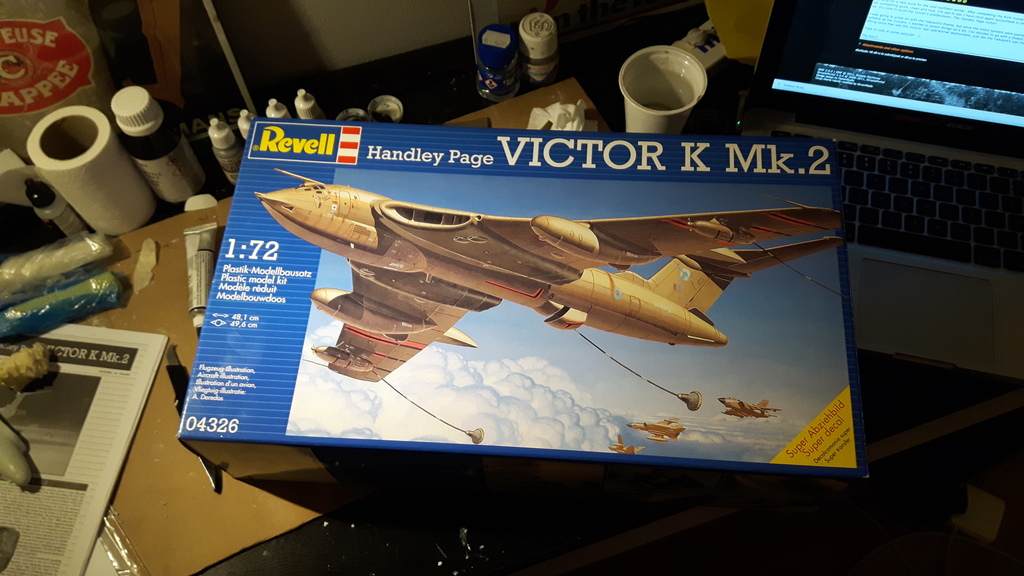 was going to press on with the Falkland's theme, but since the Victor tankers were painted in the same camo scheme as the Vulcans, I wanted to switch things up a bit. I've decided to go with a Desert Storm Victor which is fitting since that was the Victors' last operational deployment, just like the Falkland's was the Vulcan's.

Unfortunately I got a bit excited with the unboxing and starting the build, so no more pictures of what's in the box, but it's very standard.
The cockpit was very plain, there wasn't even any equipment for the navigator, radio operator and air electronics officer. I thought it looked just a bit too weird having them stare at an empty wall, so I cut out a table for them out of some plasticard.
I know some of you guys put in a lot of effort into cockpits and I've seen some amazing work on the forum, but it's not going to be visible in the end, so I'm ok with what I have. 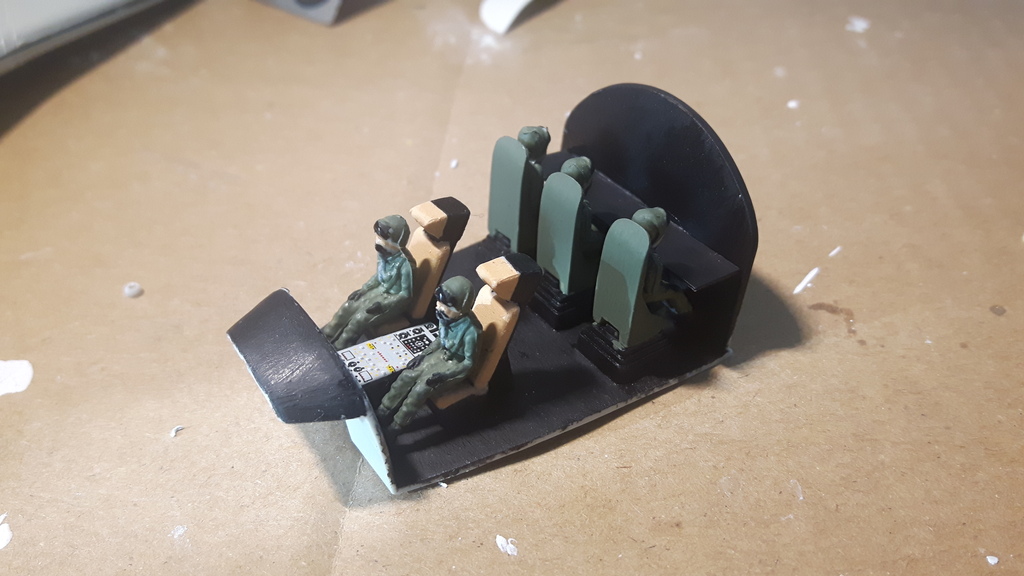 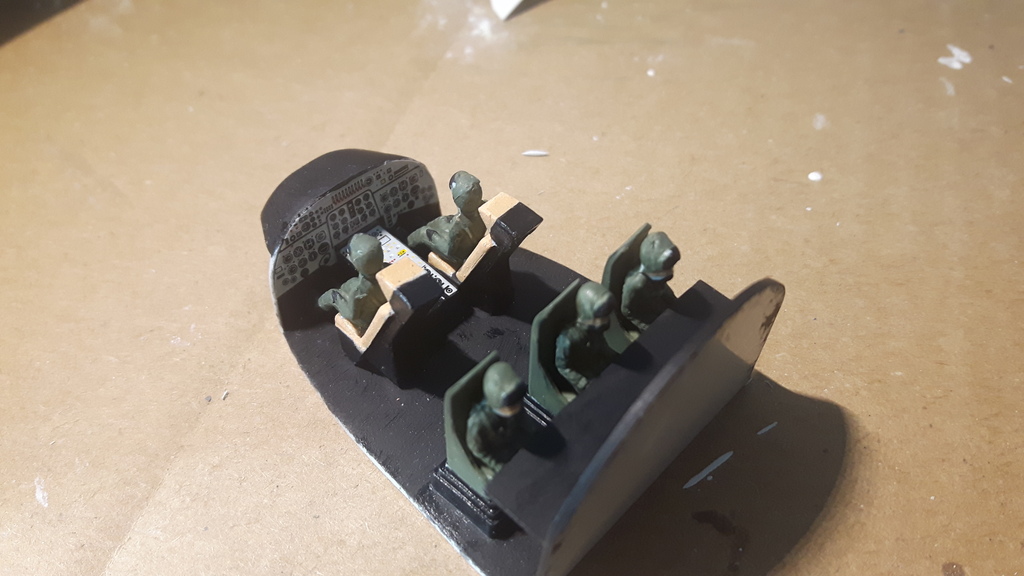 Building the Vulcan I thought its intakes were a PITA, but the Victor outshines it. The mould is really poorly designed, with the air directors joining in the middle and leaving a very nasty seam.
Dry fit of the two halves: 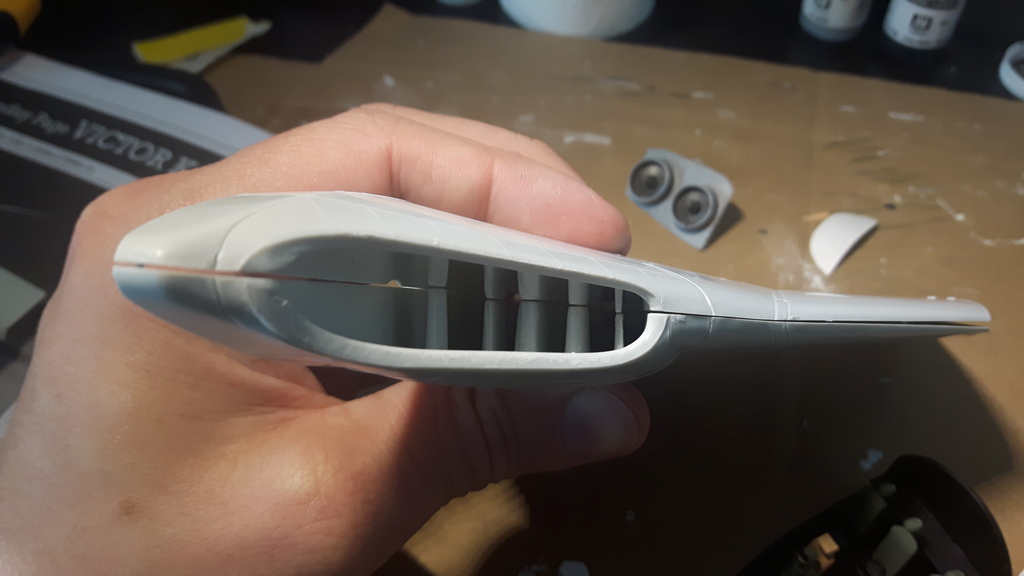 Front of the twin jet engines painted in gunmetal, and the turbine fan blades got a bit of black wash: 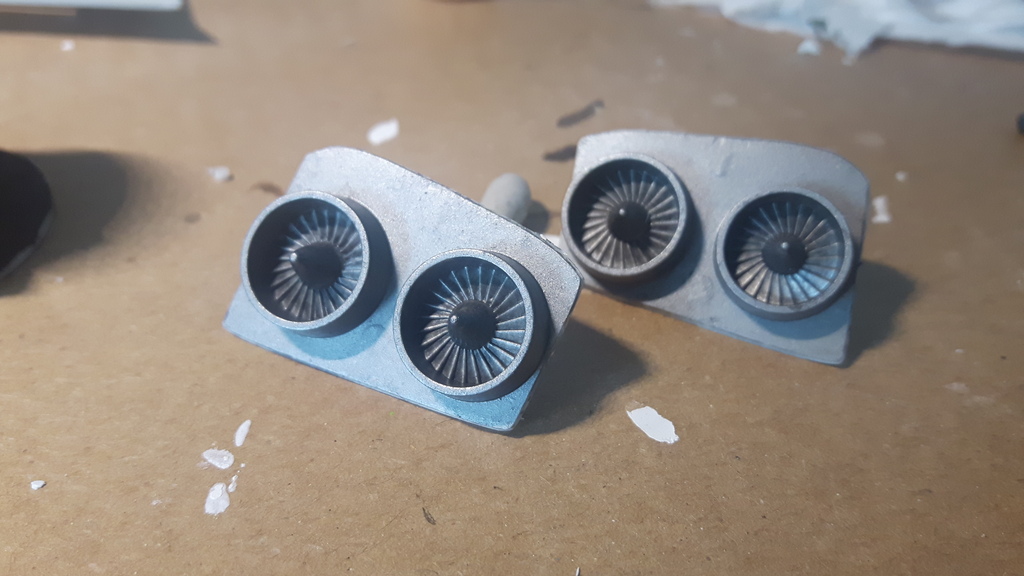 The wingbox/intakes after joining the halves and first round of putty: 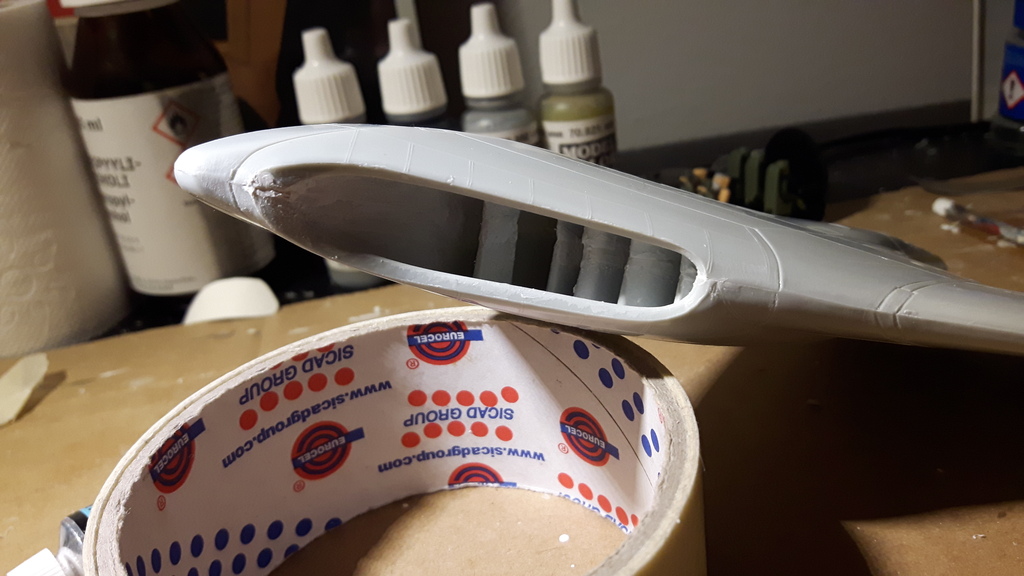 The detailing on the plane is a combination of raised and recessed panel lines, not too happy about that. I decided to go ahead with rescribing the panel lines. The wings are going to be quite easy to rescribe since they had this weird double raised panel line I could use as a guide. I decided to leave some raised detail too, mostly round corners and other stuff that's very hard to make look good when scribed. 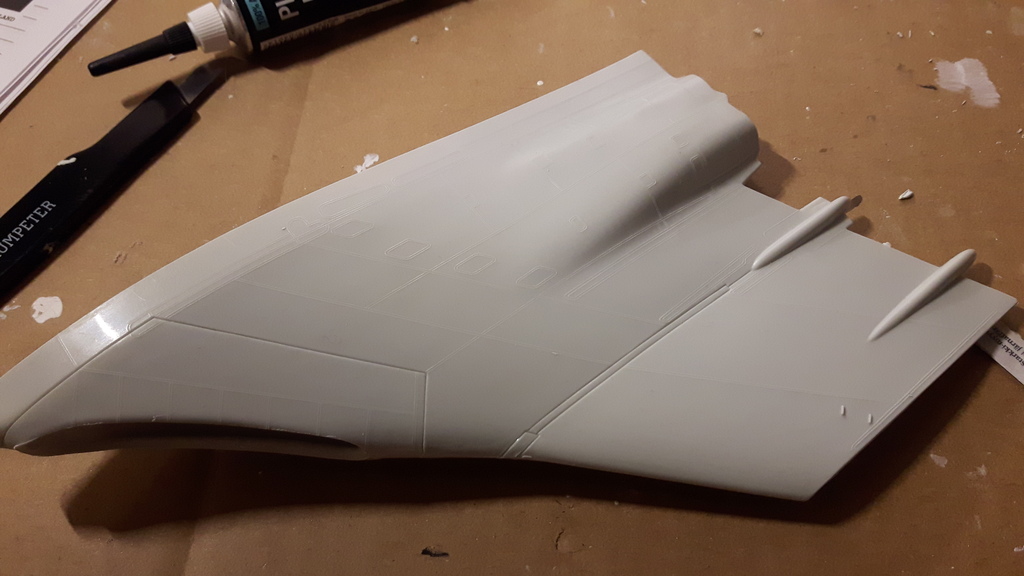 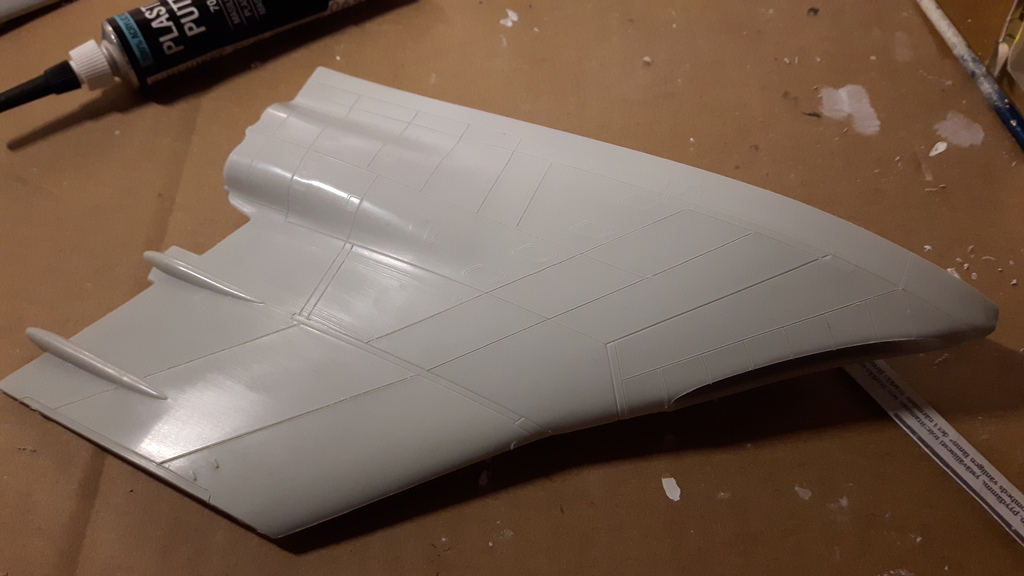 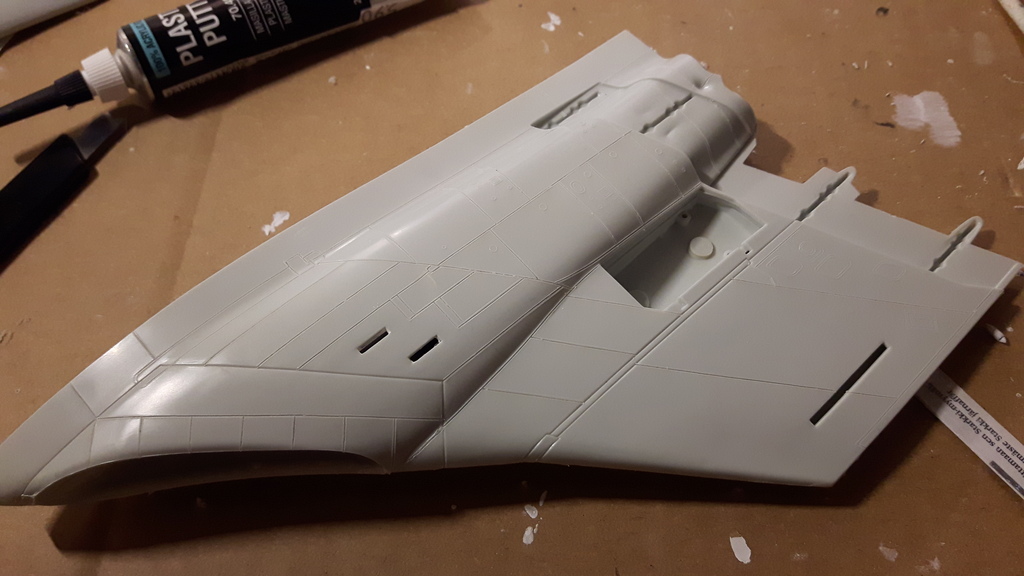 Will report back when I have more! This will probably be a slow moving project, just like the Vulcan.
Hope you've enjoyed what I've done and look forward to more!

Shame its such a poor mould for a fantastic aircraft......looking forward to watching your progress with this one

That is a wicked looking aircraft!!

watching this with + hope

Those intakes are precisely why I will not mess with this kit. Unless of course someone makes a resin set like for the Vulcan.

Yeah, those intakes are poorly engineered, to be sure. I wonder if a Flex-i-File would work to sand the puttying smooth?

smokeriderdon said:
Those intakes are precisely why I will not mess with this kit. Unless of course someone makes a resin set like for the Vulcan.
Click to expand...

There is. It's a set of mixed resin and PE made by Flightpath of the UK.

sanding g sticks do an OK job. I have never been able to figure out how to get them to look near perfect though.
You must log in or register to reply here.
Share:
Reddit Pinterest Tumblr WhatsApp Email Link