Here is the first one I will build: 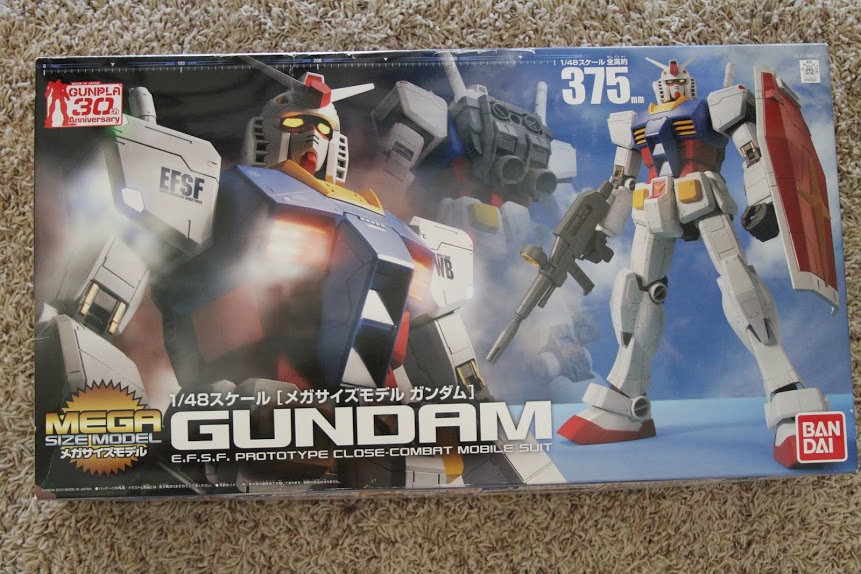 She is a very large kit, I will have the review up soon.

My 1/60th one it big, but that thing is going to be HUGE! Looking forward to seeing it come together.

Cool G! That's appears to be a 'classic' of the Gundam universe.

Cant wait to see how you tackle this beast! Will be watching!!

I will do a review video tonight and explain how I plan on tackling it. I am going to include a few other models in the review so you can get an idea of the size. It is the 1/350 refit of the gundam universe.

I do plan on lighting up the eyes at the very least. We will see where I go from there.

im looking forward to this john, i have never seen anybody with this kit before

Did an out of box review tonight and my video editing software crashed on me. Gonna get it uploaded tomorrow. No work started as of yet. But there are a lot of big parts in that kit.

Here is a photo review, I did a video review as well and that will be up tomorrow.

First I will start with the directions, of course they are all in Japanese: 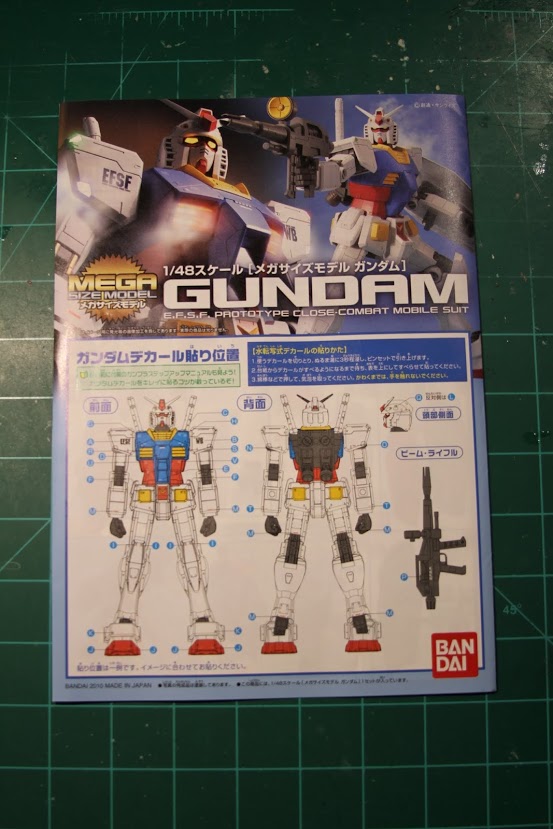 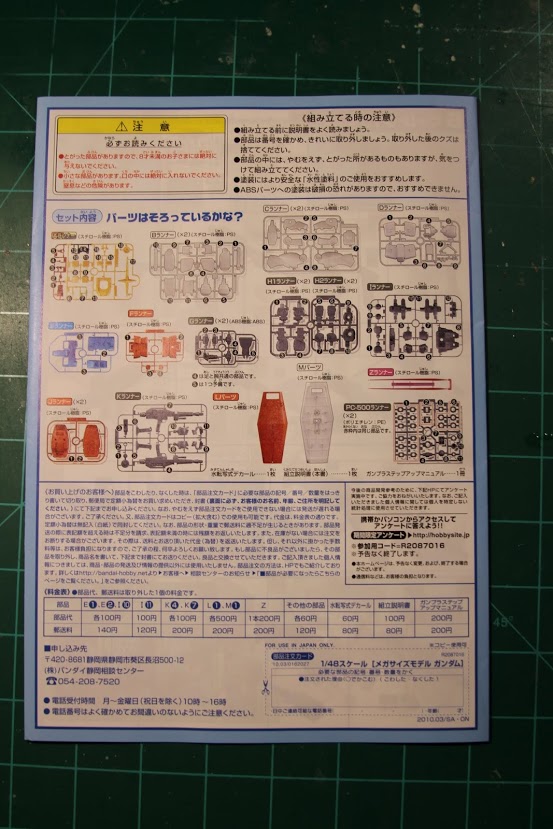 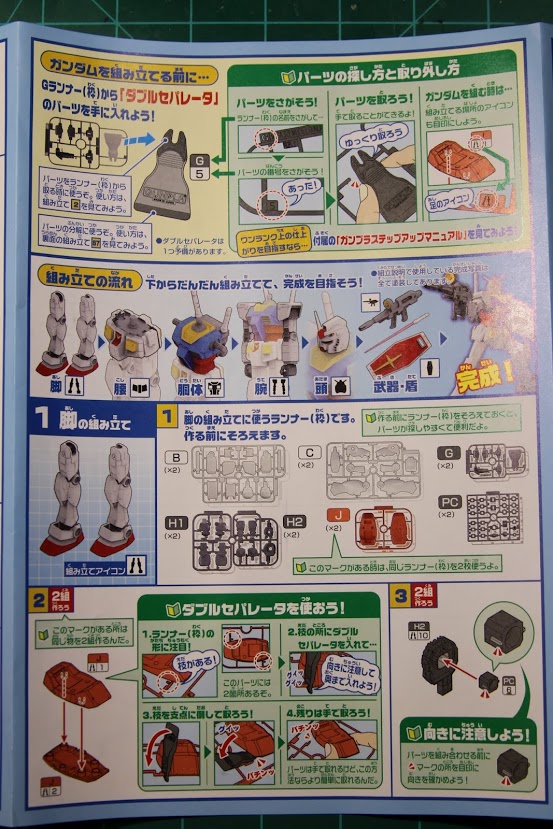 In this next image, take a close look at the directions about the middle of the page, you are suppose to snap together entire sprue then remove the parts:

Another set of sprue attachments before removing the parts: 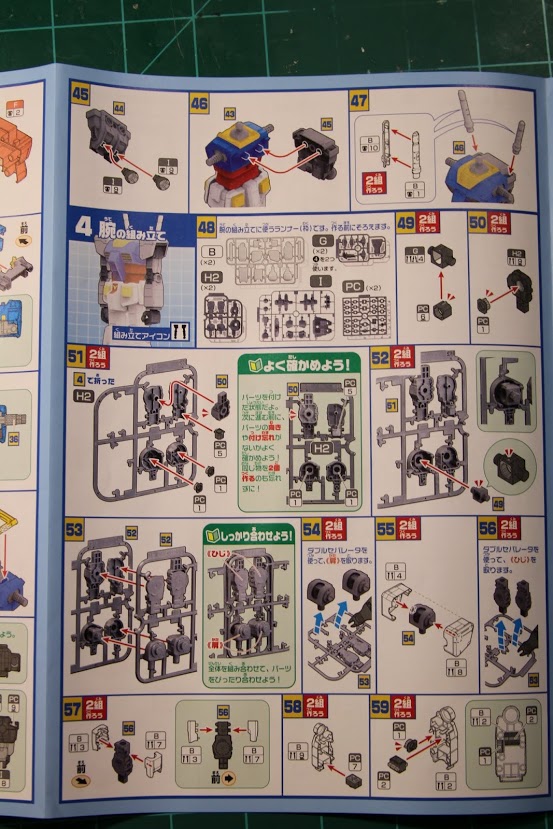 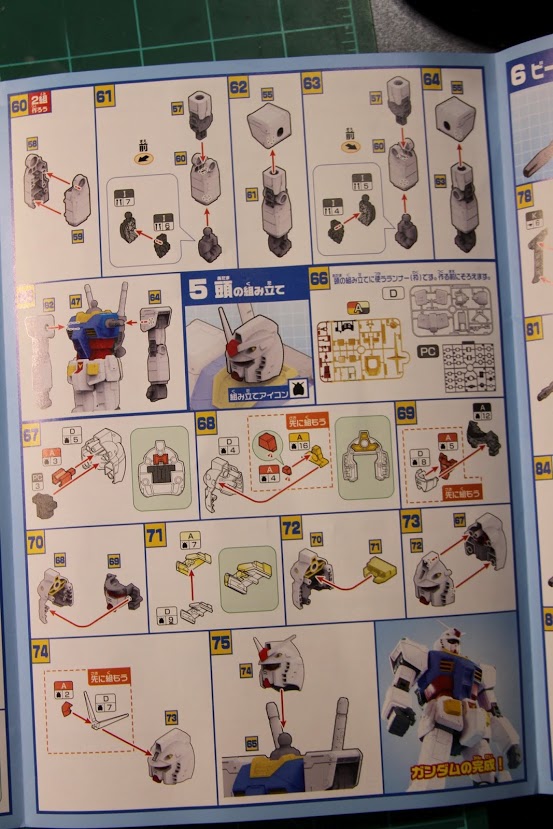 Notice 100 steps to putting this bad boy together. Next onto the sprue. Each square is one inch across or 2.54cm. Quite a few of these sprue had duplicates which I did not take the time to photograph. 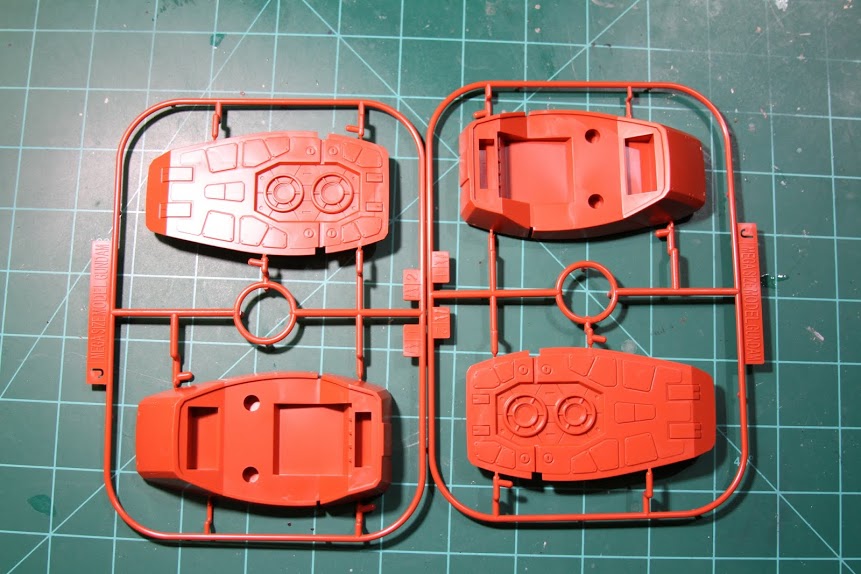 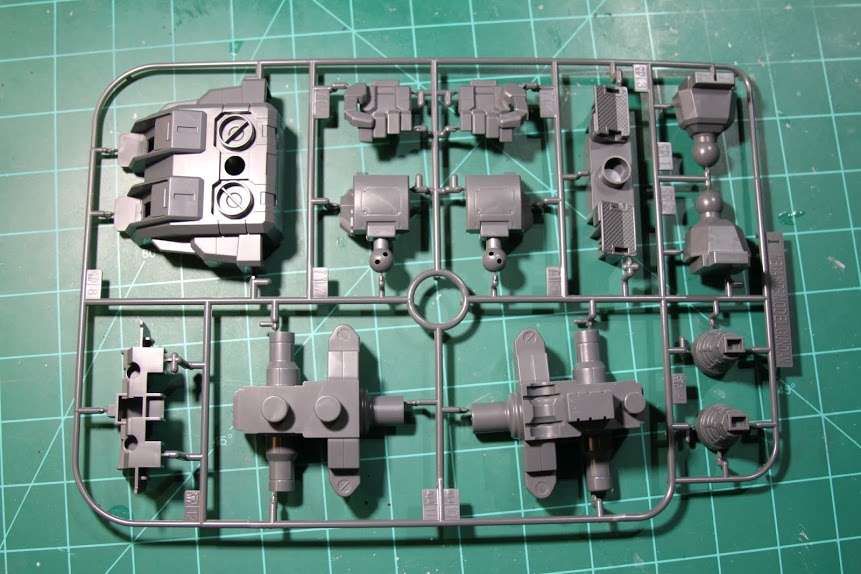 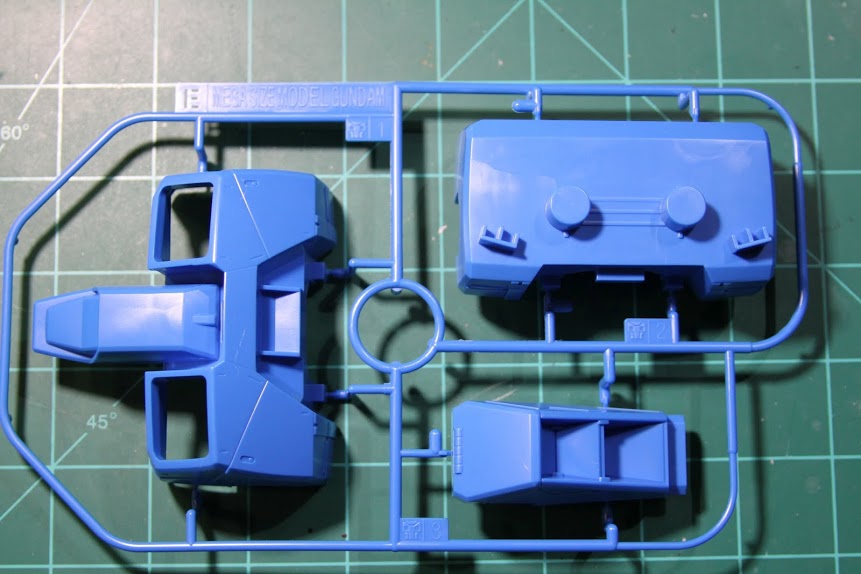 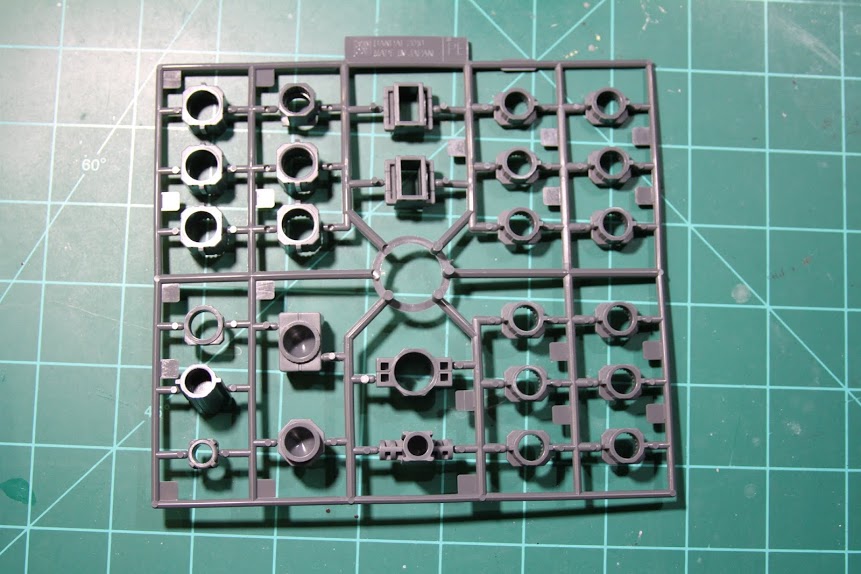 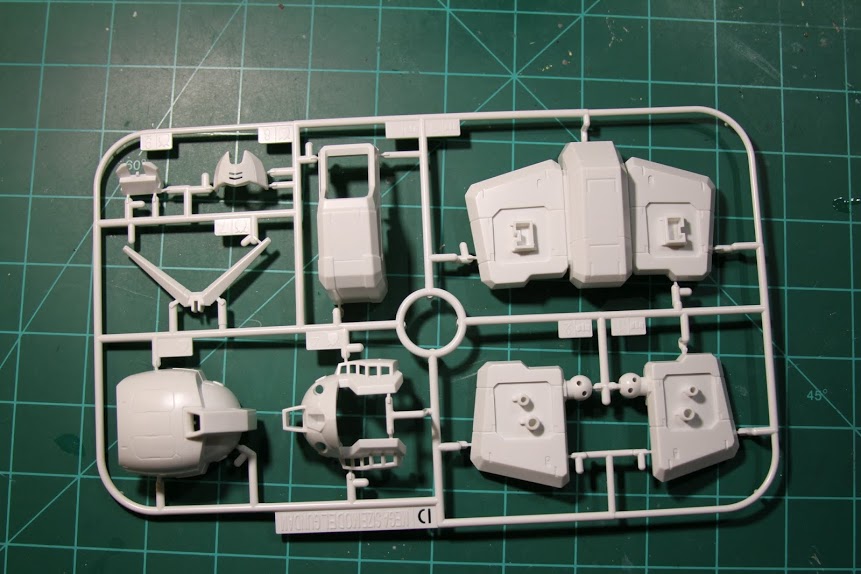 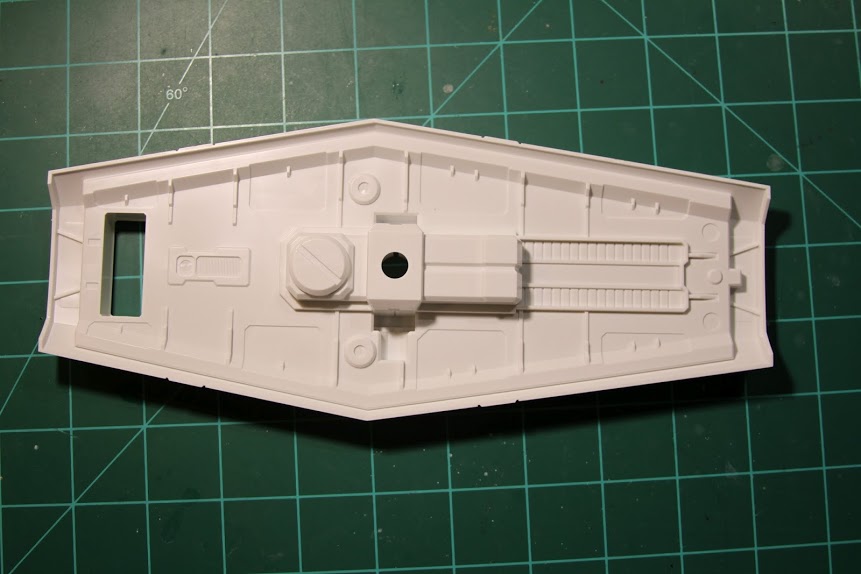 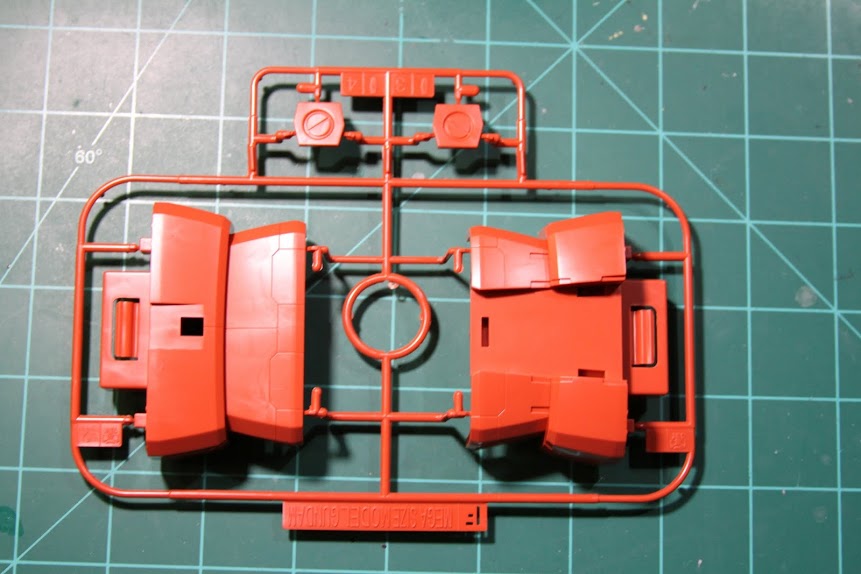 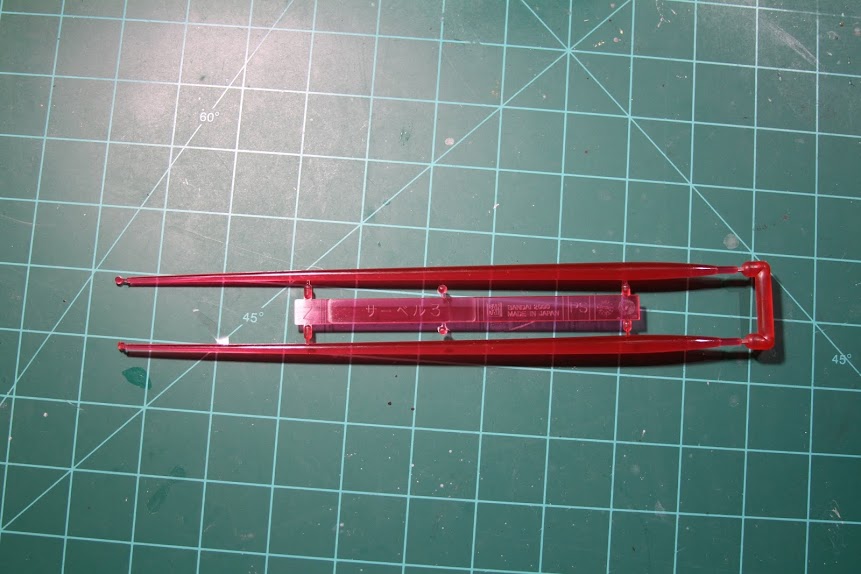 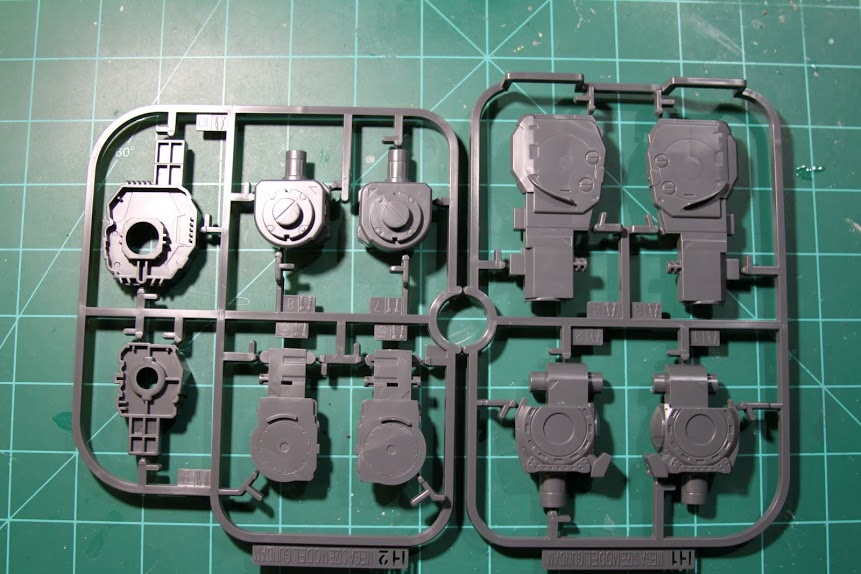 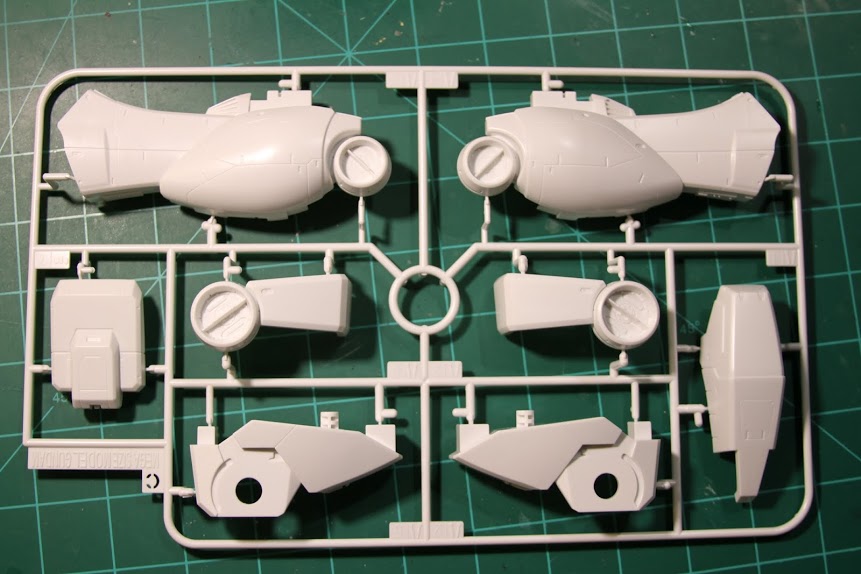 There were 22 sprue in all.

I will have the video review up tomorrow.

Excellent looking kit John!!! Thanks for the great review as well!!! Clean and detailed!!

Hey John,
that'll be sweet.
I have NEVER hear of snapping parts together while they are still connected to the sprues.... EVER, have you?
What is the benefit of doing it that way? Or is it just another Bandai/Gundam "Gimmick"?

A LOT of plastic there, John

Mike: I think it is a gimmick. I put one of them together last night and it really doesn't save you much time.

Patrick: That is one of the reasons why I think some people are intimidated by Gundam kits. Too much plastic for some.

ModelMakerMike said:
Hey John,
that'll be sweet.
I have NEVER hear of snapping parts together while they are still connected to the sprues.... EVER, have you?
What is the benefit of doing it that way? Or is it just another Bandai/Gundam "Gimmick"?

One of the Master Grade kit of the Gundam RX-78-2, therefore 1/100, had the leg parts entirely connected and just needed to be fold after cutting the sprues. And it's articulated, functionnal.
That's the big cool thing with Bandai : after the first years on selling "normal" kits, with one color, that needed glue and paint, the modern ones don't even need any... Or maybe some panel lines with markers, some weathering, and after that a coat of satin (semi gloss) or matt varnish.

If you build it straight from the box, just try to use white and black primer in a different variation, to have some nice pre-shading with the normal color scheme. With white you'll have a good red, flashy color. With black you'll have a darker red, so with a mix of that, black in the panel lines, grey and white on the surfaces, you obtain subtile panel lines and variation with one color coat.

With that kind of scale, lighting the eyes is in order I think. A simple let with a button battery usually suffice, but you may think to add some more position lighting like in the Real life size model in Japan ?

I think you know it, but for those who don't two resourceful videos :
English news
Giant Gundam comes to life!
Night show at Shizuoka in 2010 (with the Lightsaber, I thought it was added later)
1/1 LIFE-SIZE GUNDAM at Shizuoka. [Night Version 2010][HD]

That's the leg I was toalking for... Apparently they did it on other kits too. 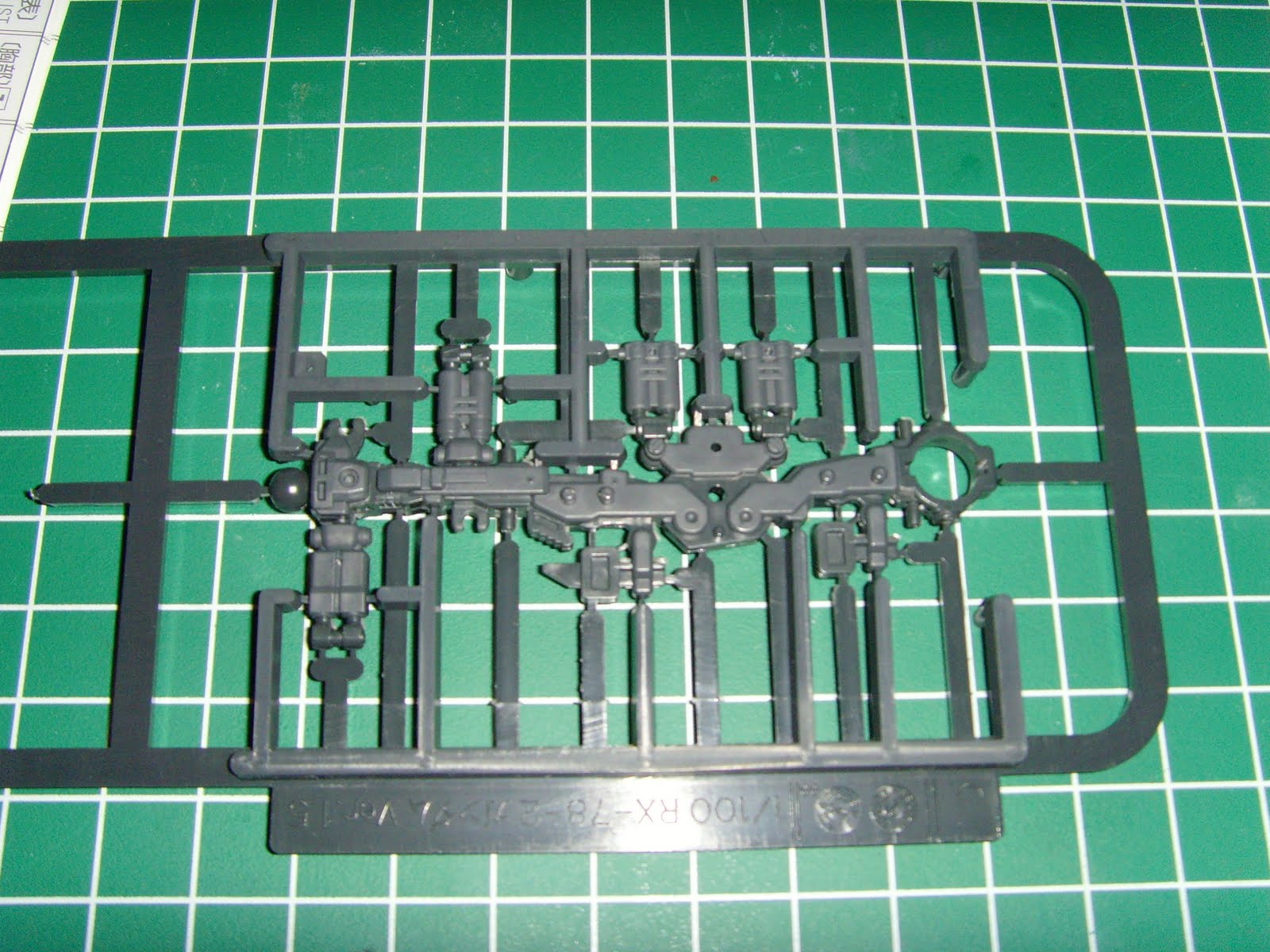 I know that some of the real grade kits have articulated parts molded right on the frame. Just separate from the sprue and you are good to go with the part fully functional. Bandi sure has engineered their kits to a high standard!

And here is my favorite video of that Gundam:

And the first part of the video review of the sprue:

I would have LOVED to see that statue in real life!!!
This is a good clip, I really like the crowd's reactions.
I would have been right there with them! "OOOOOOoooooohhhhhh..............AAHHHHhhhhhhh. "
;D